Another day, another step towards global domination for the ubiquitous creative powerhouse that is Zaha Hadid. This time she’s presenting a new collection of works, Dune Formations, recently unveiled at the Venice Biennale and now showing at London’s David Gill Galleries.

We’ve always been big fans of Zaha’s furniture design and Dune Formations merely serve to cement the high regard in which we hold her as a product designer in her own right, not merely an architect capable of turning her hand to the odd chair. An organic ensemble of shelving, tables, benches and sculptural display pieces inspired by the natural forms of their sandy namesakes, Dune Formations employ the same fluid curves and suggestion of undulating motion that are characteristic of her recent creative output.

Defying the established modes of predominately using just vertical and horizontal planes for furniture, Zaha Hadid has created each piece with a distinctly sculptural approach adding an overall 3-dimensional feel to the range. Advanced 3-D modelling techniques and innovative materials were used to translate the designs from drawings into furniture with a highly polished dichromatic finish. The collection is centred around the Dune Tree, more sculptural object than utilisable furniture piece, finished in orange and gold, reminiscent of a sand landscape at sunset. 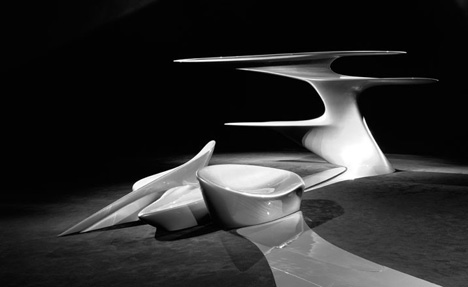 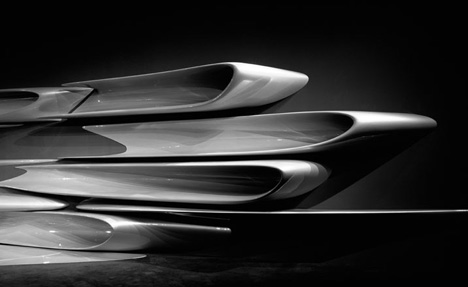 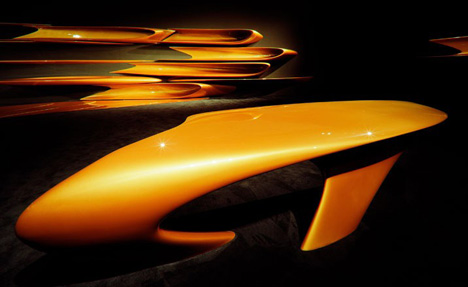 Gotta love this fun, multifunctional design by Paulo Corceiro. The colorful Flippo chair doubles as a table by utilizing a simple folding back. Simply lay…

A rare occasion where geometry and alcohol pair well together

On a scale of one to ten, ten being the most popular, and one being the least, it’s safe to say that most humans would…

Only parents of young kids will know the challenge of having an organized home. No, we’re not just talking about the need for an organized…