To22 created a project to call attention to the delicate root system that exists in plants. Everyone admires the beauty of a blossom or the majesty of a tree, but how many times do you think about what is going on below the ground The idea began as a simple vase. The roots are featured, as well as the flower, in white glass that becomes increasingly transparent near the bottom. The result is a composition, which appears balanced and almost symmetrical. When we completed the vase we were really excited and began to think, what else is out there that we aren’t noticing’ That’s when we proposed the idea of sharing the roots of a full size tree! Intended as a public sculpture, presented on a massive, architectural scale, to22 conceptualized a full size tree, raised from the ground with its roots suspended, behind glass. To imagine a tree in this way is almost beyond imagination, and yet, we live with them all around us. It is all there, we just don’t think about it. It makes you wonder what an entire park would look like if we could see it from below. 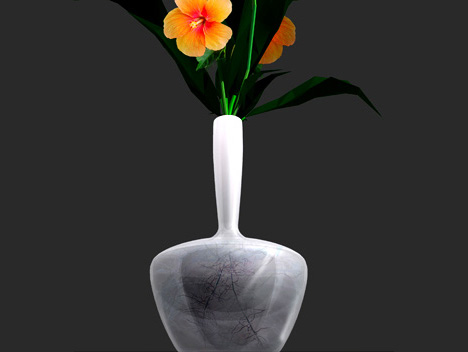 Actual Architecture is an internationally recognized architecture firm, drawing up ideas for homes built around the globe. Known for their dramatic use of angles and…

Not Just a Chair, My Friends

This intelligent standing desk adjusts to any angle to meet all your work from home requirements!

It’s been three months into 2021, and I’ve honestly pretty much gotten used to working from home. At this point in time, the work from…