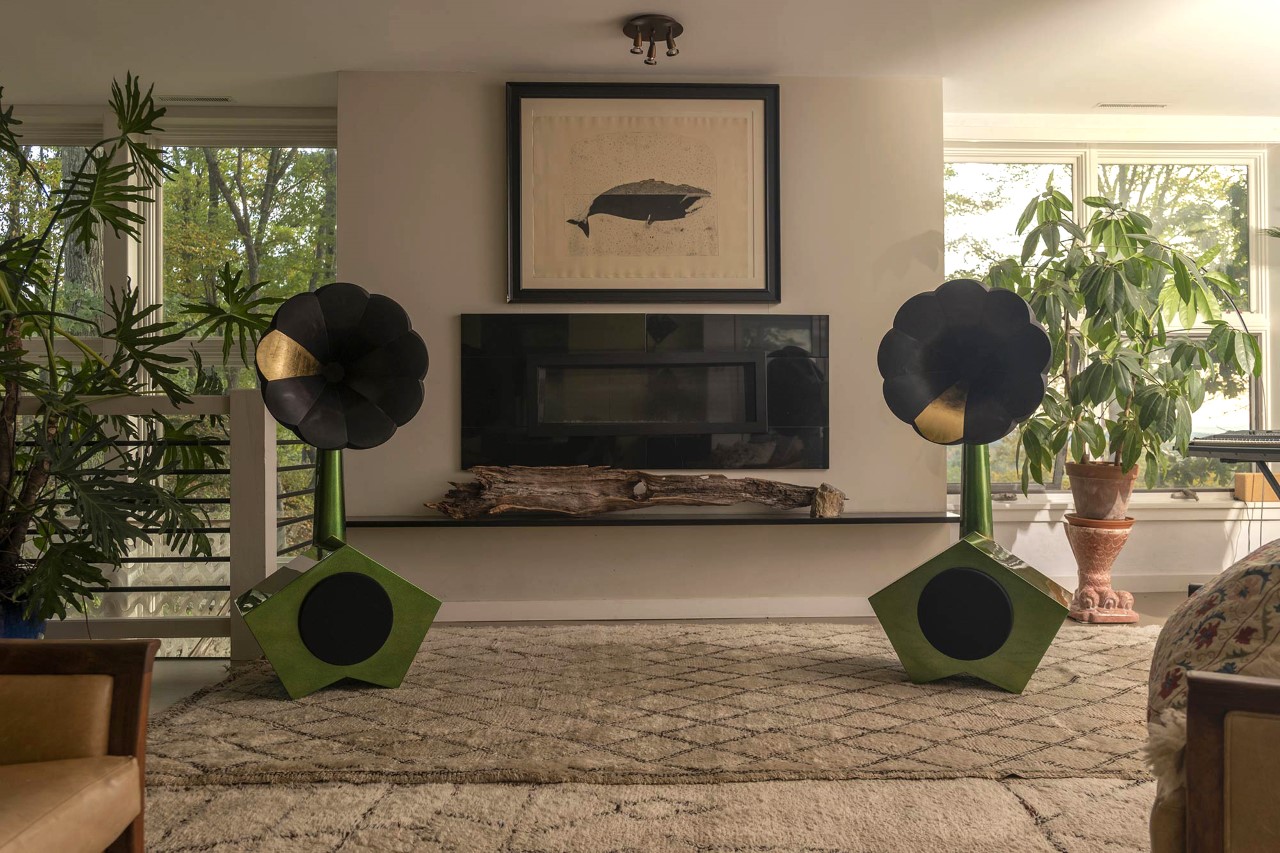 Founded by Etsy co-founder Robert Kalin and NASA engineer William Cowan, audio brand ‘A for Ara’ hopes to be the very antithesis of the modern-day hi-tech smart speaker. While smart speakers are designed ultimately for music, they take the joy and the ritualistic nature out of music listening and appreciation, which is where A for Ara comes in. The audio company hopes to takes us back to simpler times with their retro-modern speakers that use an eclectic blend of design styles as well as old and modern fabrication techniques. The word ‘Ara’ stands for Altar in Latin, giving the speaker the reverence it deserves. For now, A for Ara has two speakers under its product umbrella – the FS-1 and FS-2. Both speakers have a larger-than-life appeal to them, and have a nature-inspired whimsical design. The speakers can broadly be split into their two visual parts, the base unit, which houses the audio drivers and the acoustic cabinet, and the upper phonograph-inspired horn which serves both visual and functional purposes. Visually, it resembles a large morning glory flower, while acoustically it helps amplify sounds and channel them in a particular direction.

Designer: A for Ara 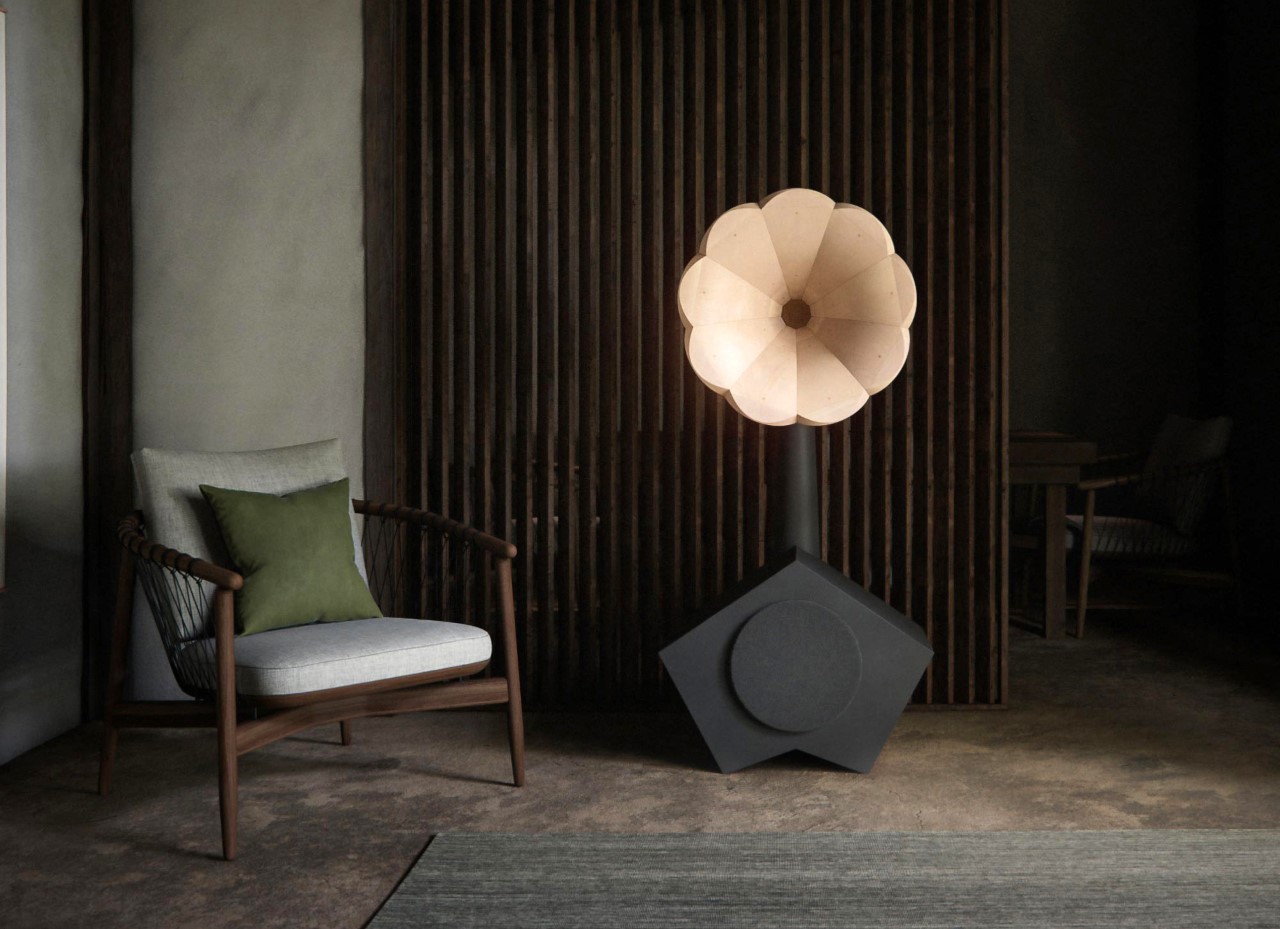 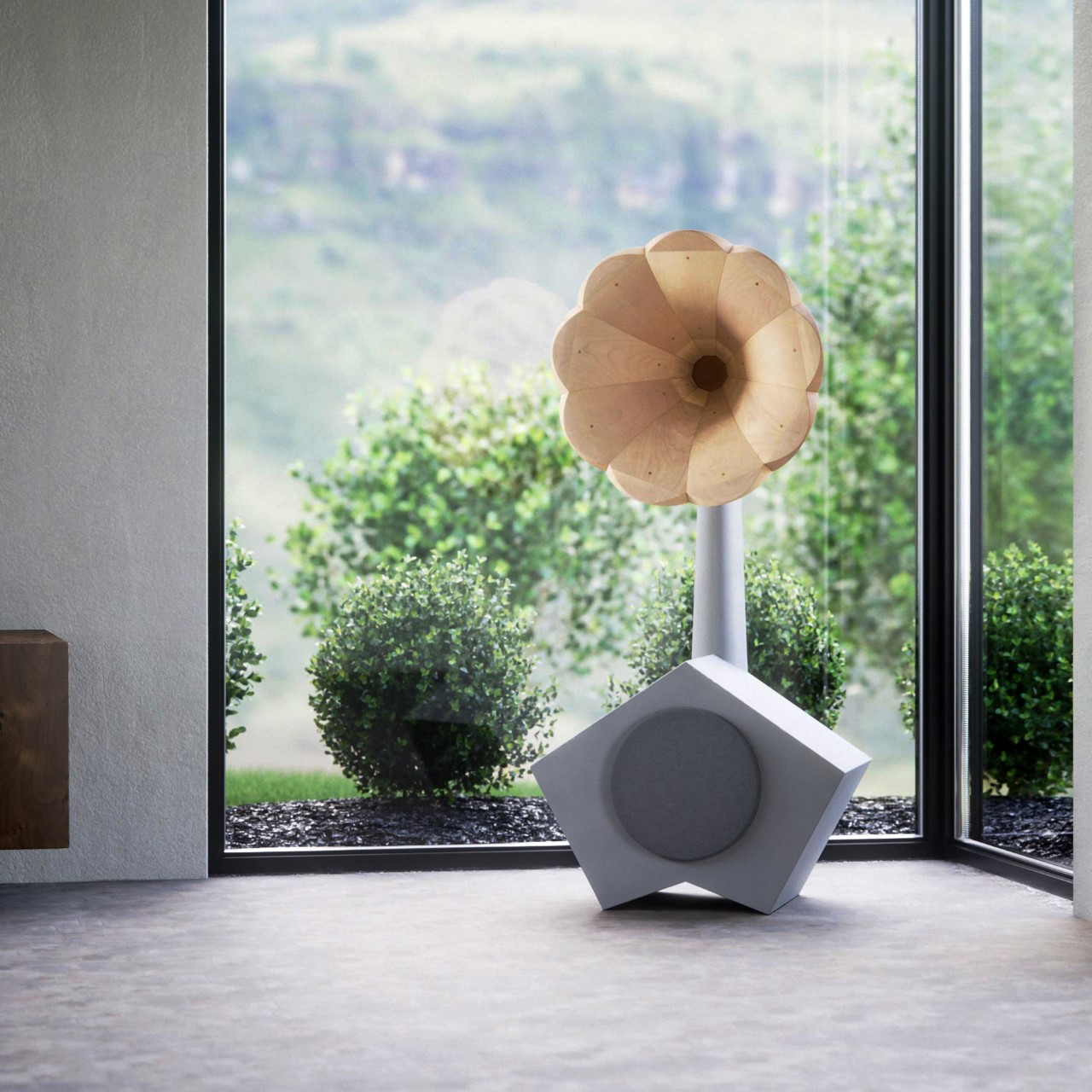 “We have lost our rituals of listening, and we need them back,” say Robert and William, who run their studio and workshop on 100 acres of farmland up in the Catskills. The speakers they produce are an audiovisual treat, combining audiophile-grade engineering and tuning, and a design that just delights with its avant-garde appeal. What’s really beautiful about the FS-1 and FS-2 speakers is that they have a sort of timeless beauty about them. They aren’t too cutting edge, there aren’t any LEDs anywhere and you can’t see any metallic details on the product. However, they aren’t boring and vintage either. They fill you with joy the same way seeing an orchard of flowers does, and the audio that plays through them is pleasantly surprising too. 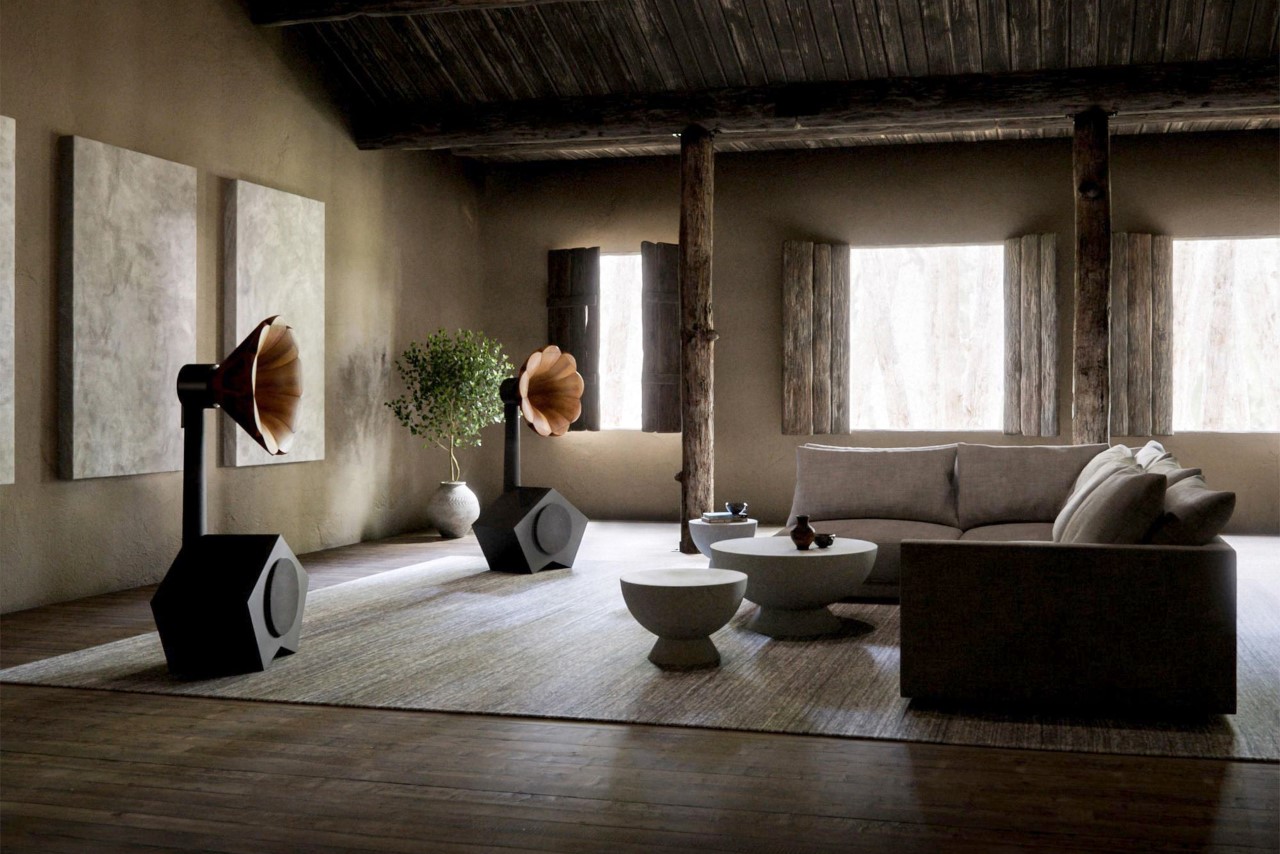 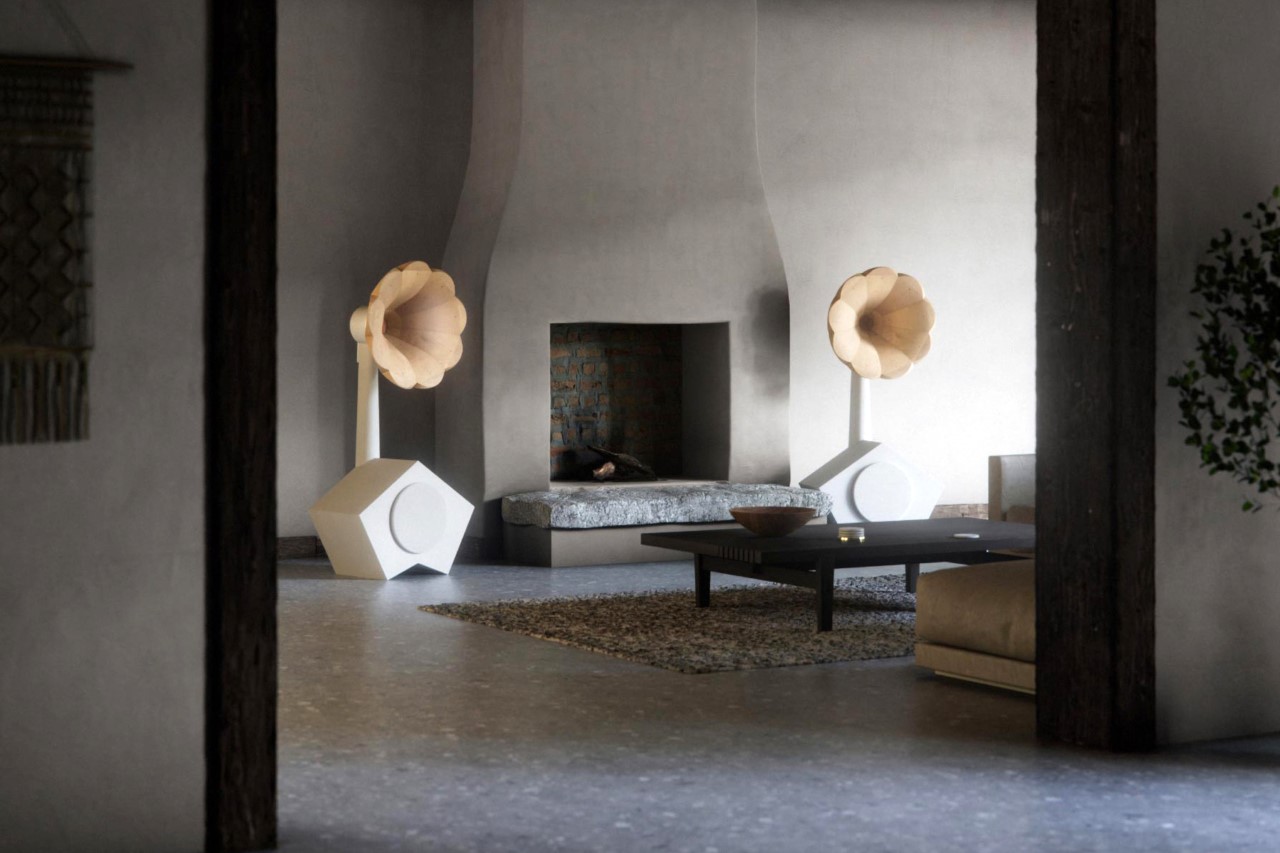 Both the FS-1 and FS2 stand at a staggering 54″ in height and have a presence that feels visually commanding enough to become the center of attention in any room. While the FS-1 features a more slender horn connected to a geometric base, the FS-2 has much more of a visual flair, with a boxier base cabinet that sports an abstract leaf-inspired pattern. The former features a horn-loaded coaxial driver, passively crossed to a front-firing, long-throw 13” woofer, while the latter has the same horn-loaded coaxial driver crossed to a trio of front-firing, long-throw 12” woofers in an H-frame. 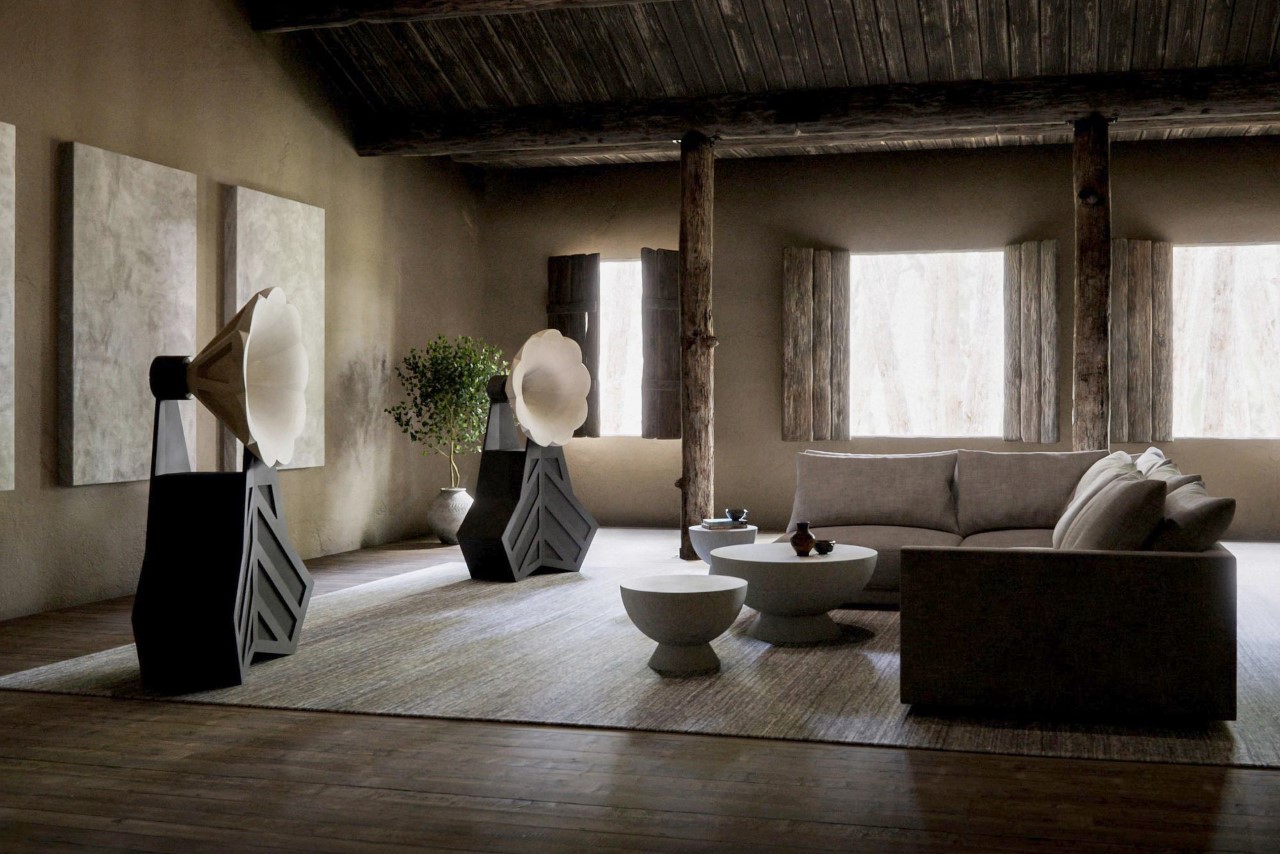 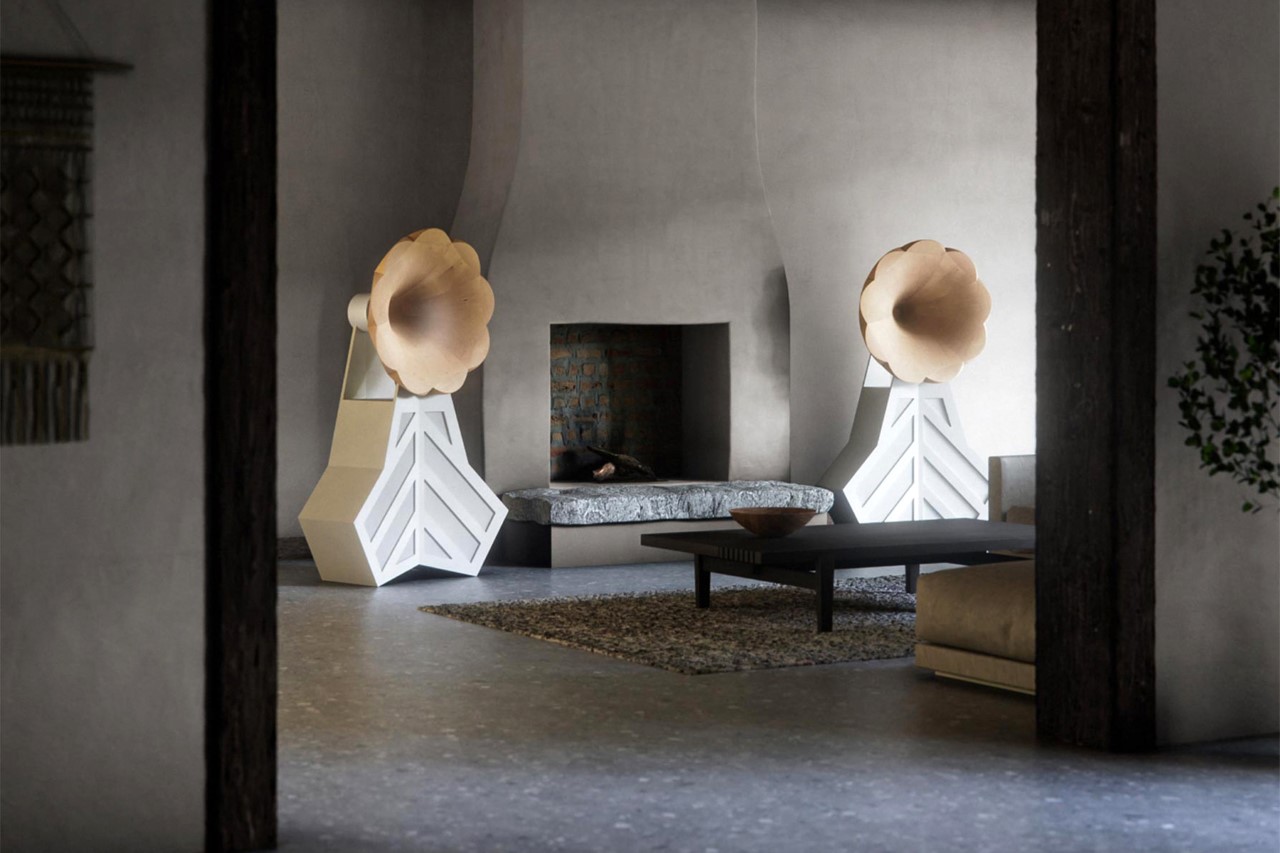 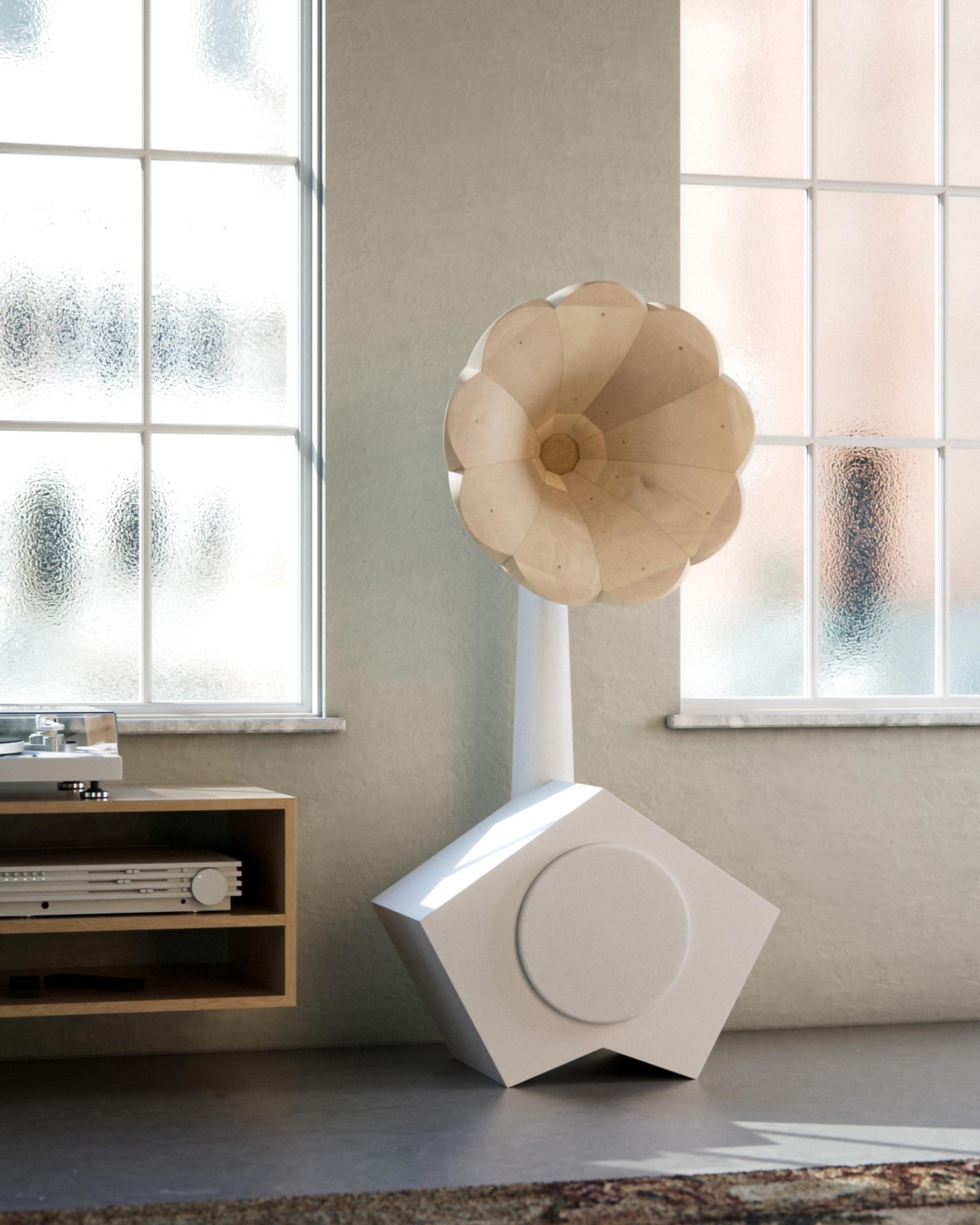 The Ferrari of Audio Amplifiers

The new Devialet line of high-definition audio systems leads the pack with its combination of rare elegance and unimaginable performance. The same exclusive sound amplification…

Apple-inspired designs to fulfill your tech dreams as we countdown to the WWDC 2021!

Apple’s WWDC21 is just around the corner! The air is buzzing with excitement, as we eagerly await to hear what Apple may announce. As we…

No no. Not iPhone (a classic Apple product that this world dearly loves)… This is an eye-phone, a beautiful hybrid between eyeglasses, and headphones. The…