Recent events of the past three years have made the world seem like a smaller place for many people. Being cooped up indoors for months has set some off on “revenge travel” adventures, while others are trying to tick off items from their bucket lists. Whatever the reason or the motivation, traveling to other countries is both a dream come true but also a stressful experience when it comes to communication in a foreign language. We live in an age when technology should already make such divisions a thing of the past, but surprisingly, that isn’t actually the case. Fortunately, there are those who make it their goal to break down language barriers, and this handy little device puts all the power you need to connect with other people right under your fingertips, literally. 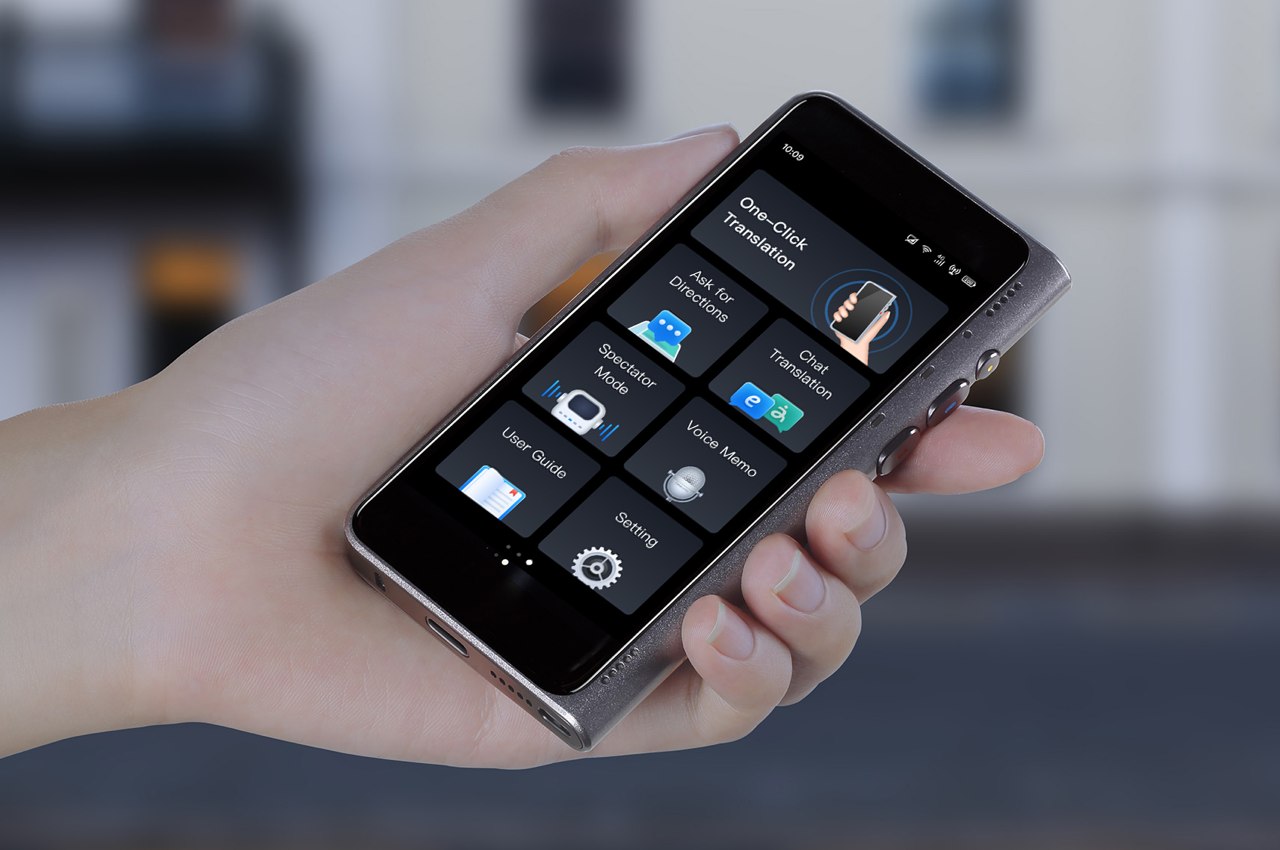 As if packing and preparing for an overseas trip weren’t stressful enough, the thought of not being able to communicate properly with locals can be an even more frightening thought. Phrasebooks and guides can only get you so far to survive, but if you really want to enjoy the experience and build meaningful relationships, you really need to at least understand the other person. Fortunately, you don’t need to spend months or even years learning different languages, especially if you have the Fluentalk T1 in the palm of your hand. 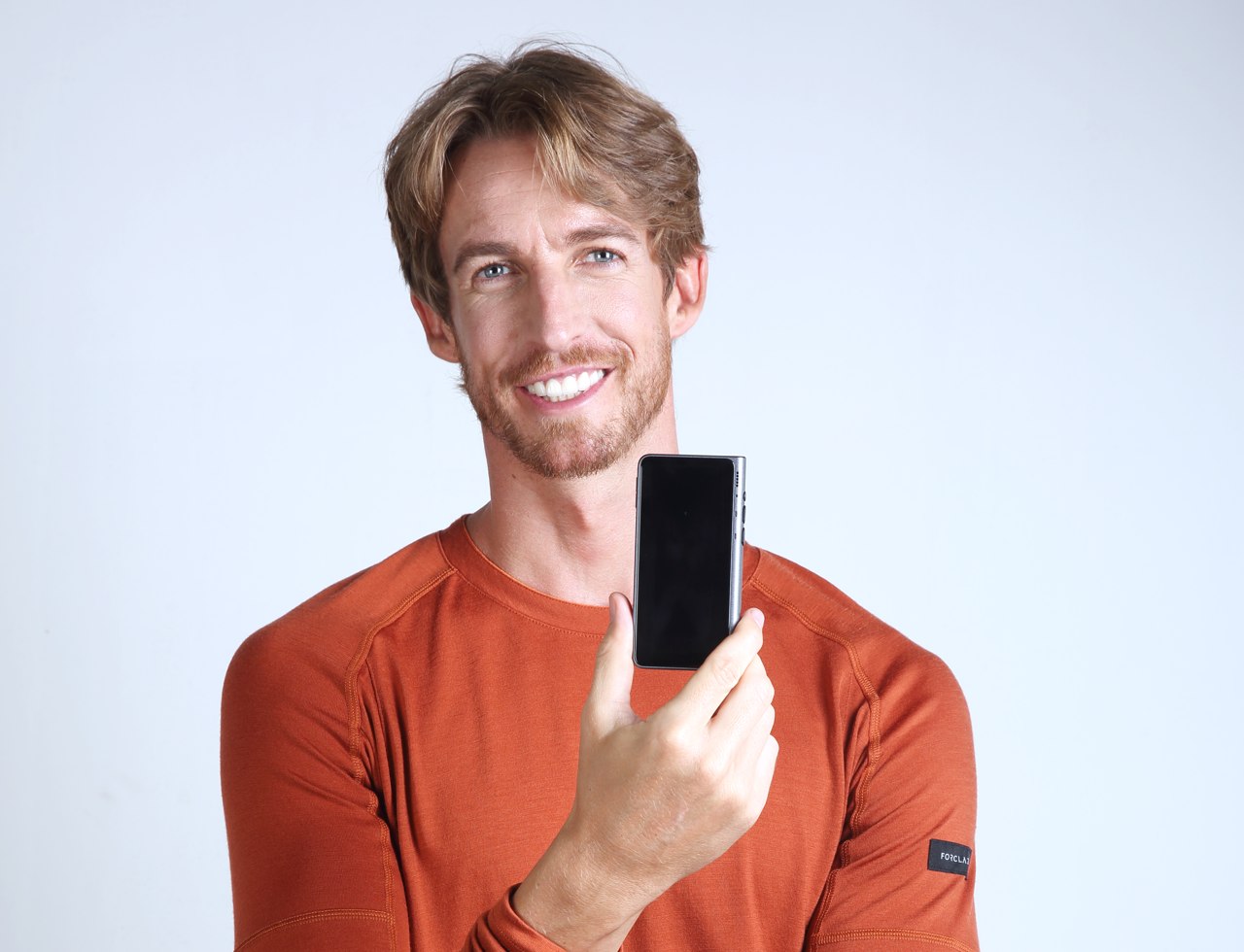 Fit Right in your Pocket – About the size of a credit card and weighs merely 115g. 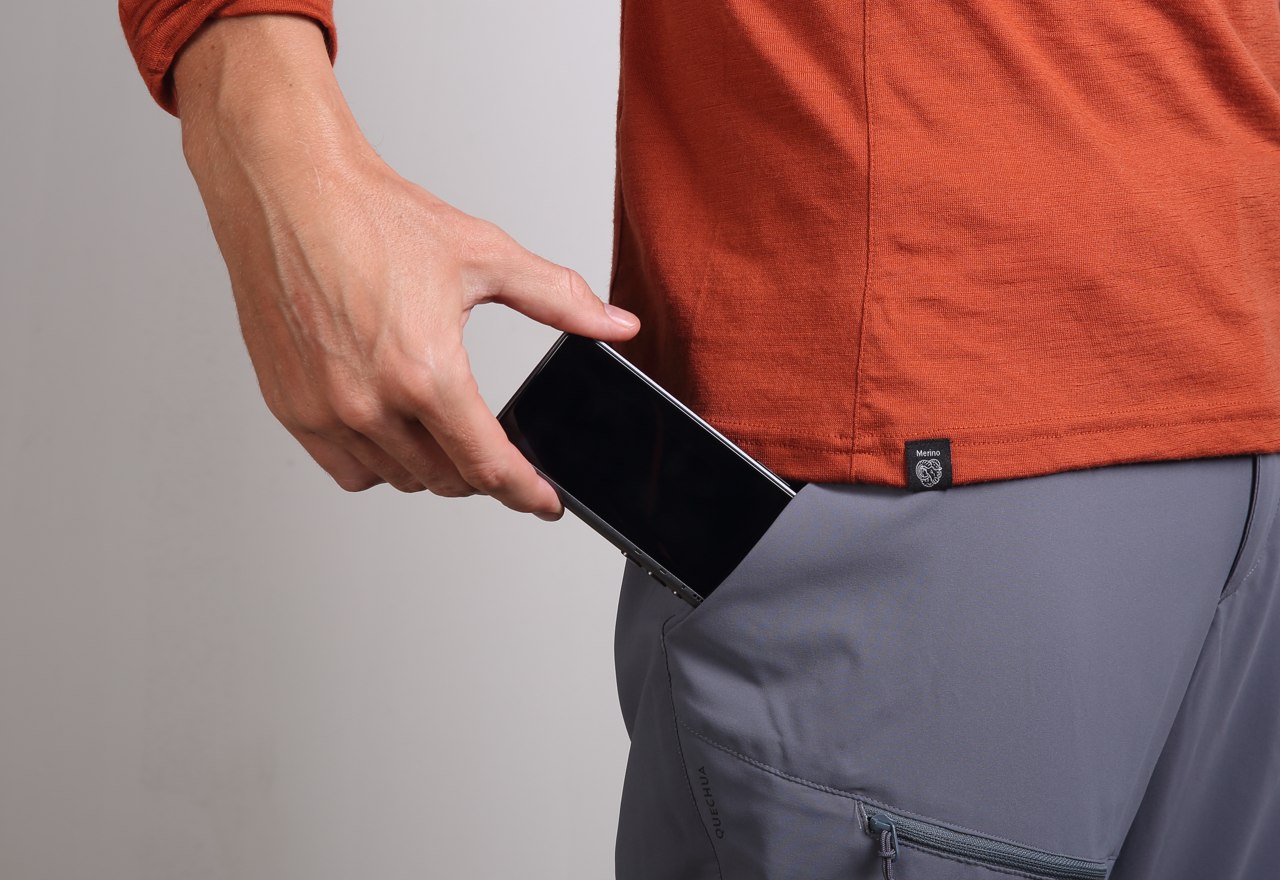 Unlike a large smartphone that seems intrusive and rude in the middle of a conversation, Timekettle’s Fluentalk T1 is almost the size of a credit card. That allows it to discreetly lie on the table or in your hand, letting the conversation flow freely and naturally, just like how humans are used to. Plus, it’s also lightweight at only 115g, so it can easily fit into any pocket or even be conveniently held in your hand all the time. Despite its size, however, it’s packed full of features that will allow you to translate not only spoken languages but even those written down in print. 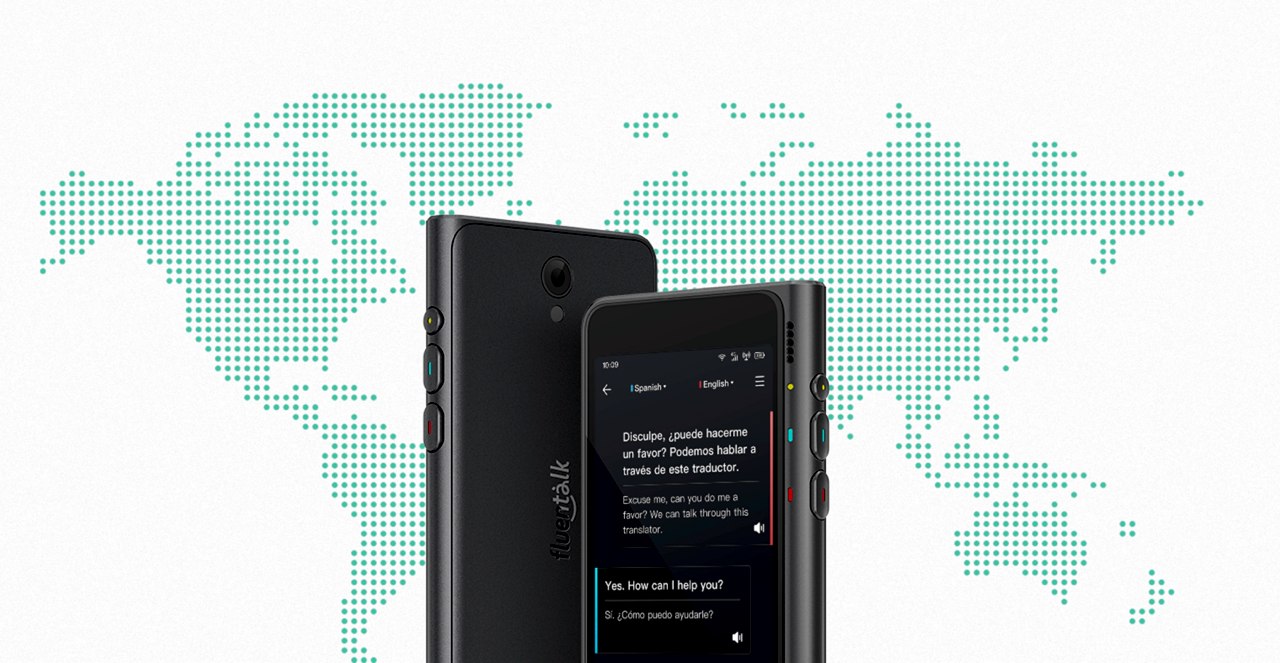 40 Languages & 93 Accents – The ultimate tools for breaking the language barrier. 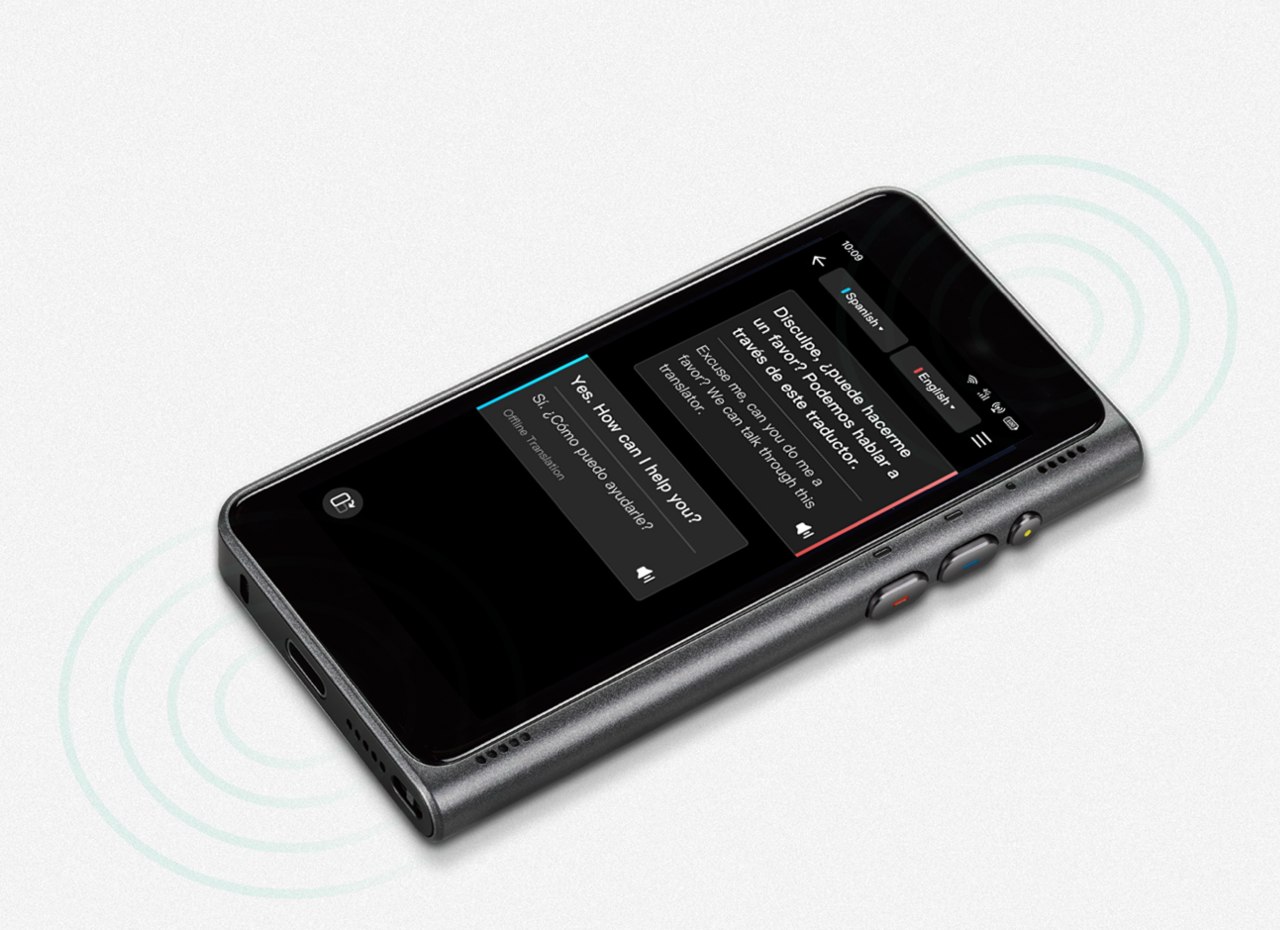 95% Accuracy – Has a multi-microphone array supported by EDC noise reduction algorithm that accurately picks up human voice from noisy environment.

The Fluentalk T1 boasts support for 40 languages and 93 different accents, and it can translate speech in real-time, thanks to its advanced Streaming ASR technology and global mobile connection. A built-in mic array with noise reduction algorithms sifts through the ambient sound to pick up human voices only, making sure you can really focus on the conversation in front of you. And when that mobile connection fails you for some reason, the device can still translate to and from 13 pairs of languages that have been downloaded to the device beforehand. 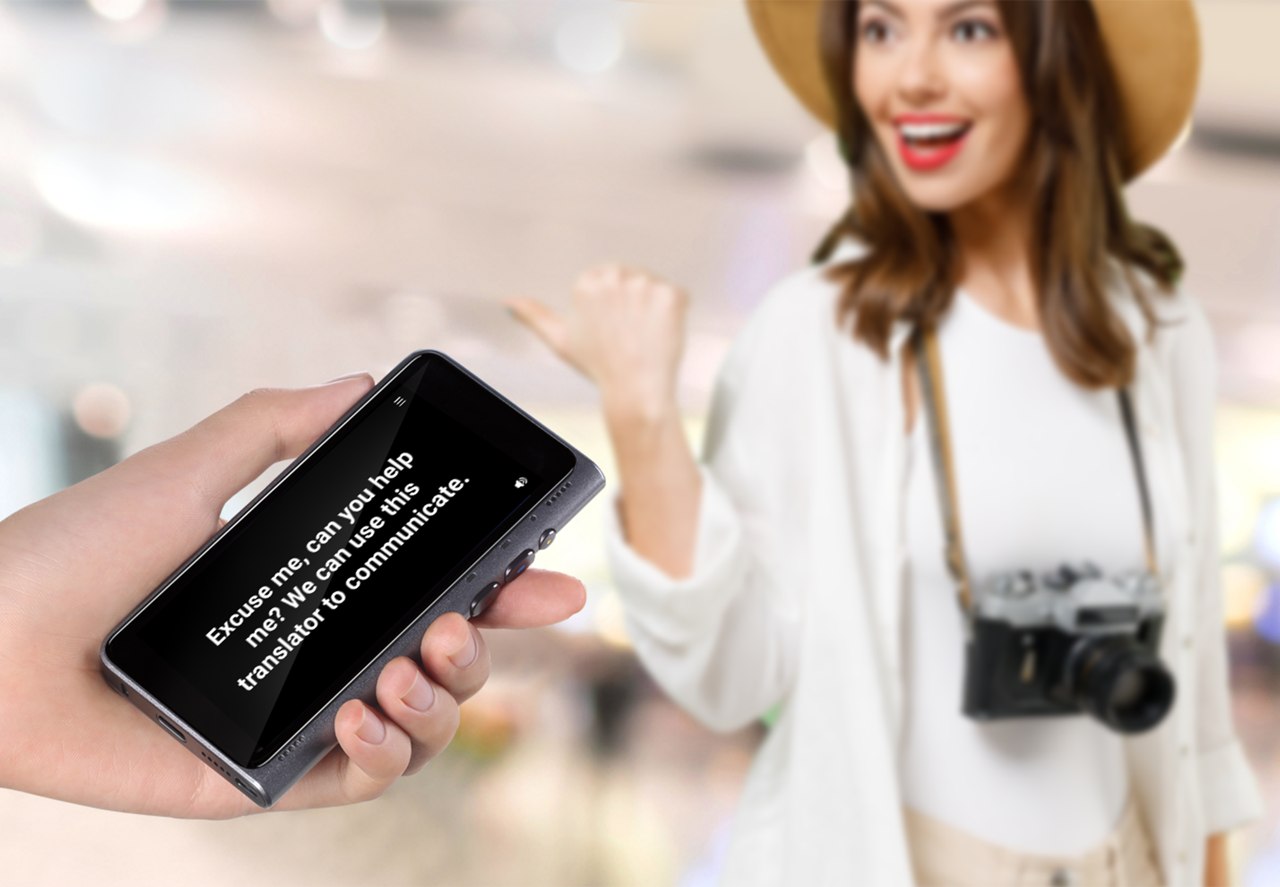 Ask for Directions – Double-click of power-on button to start this mode for fluent conversation. 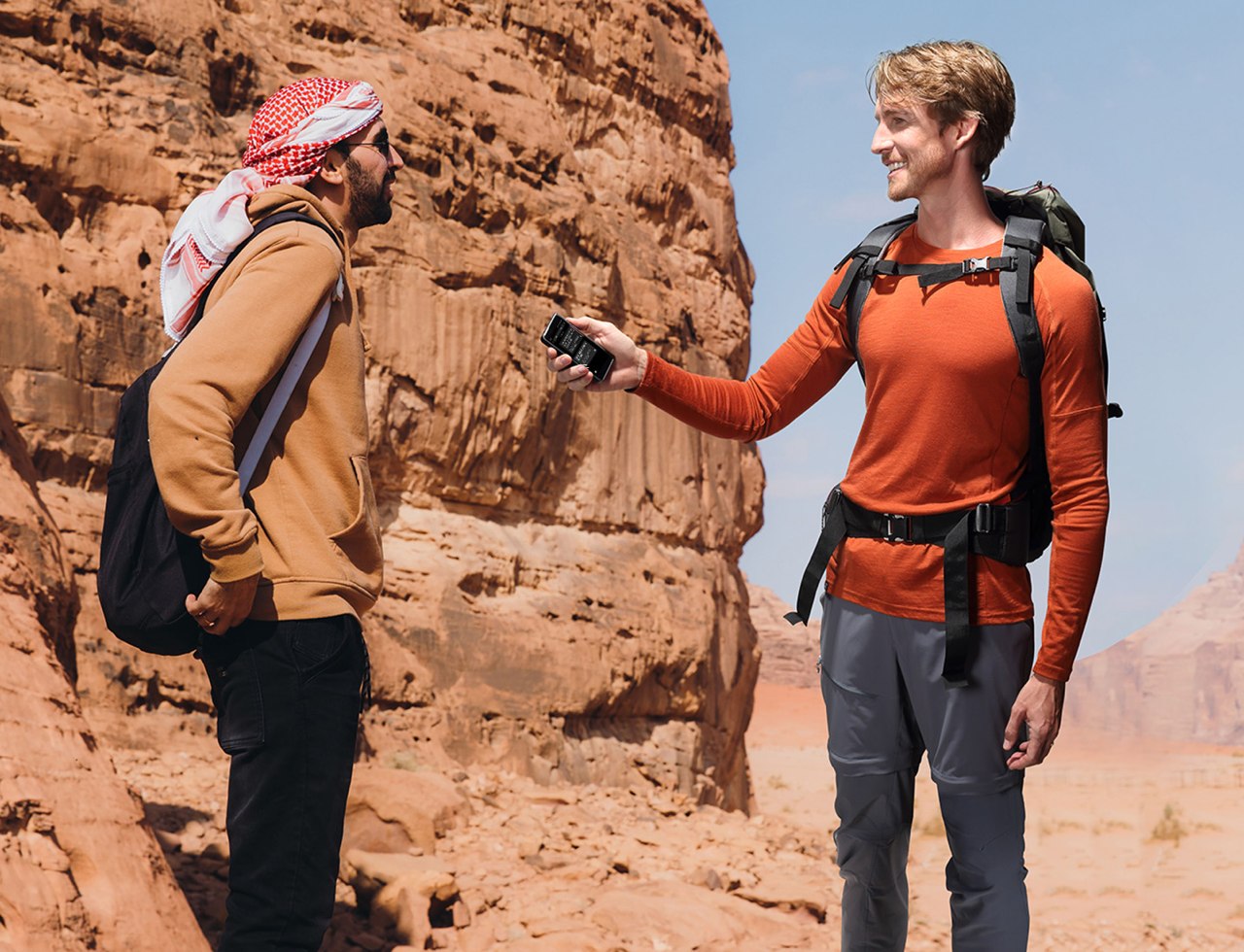 Listen Mode – Help capture what others say and then translate to your language, so you will never feel isolated. 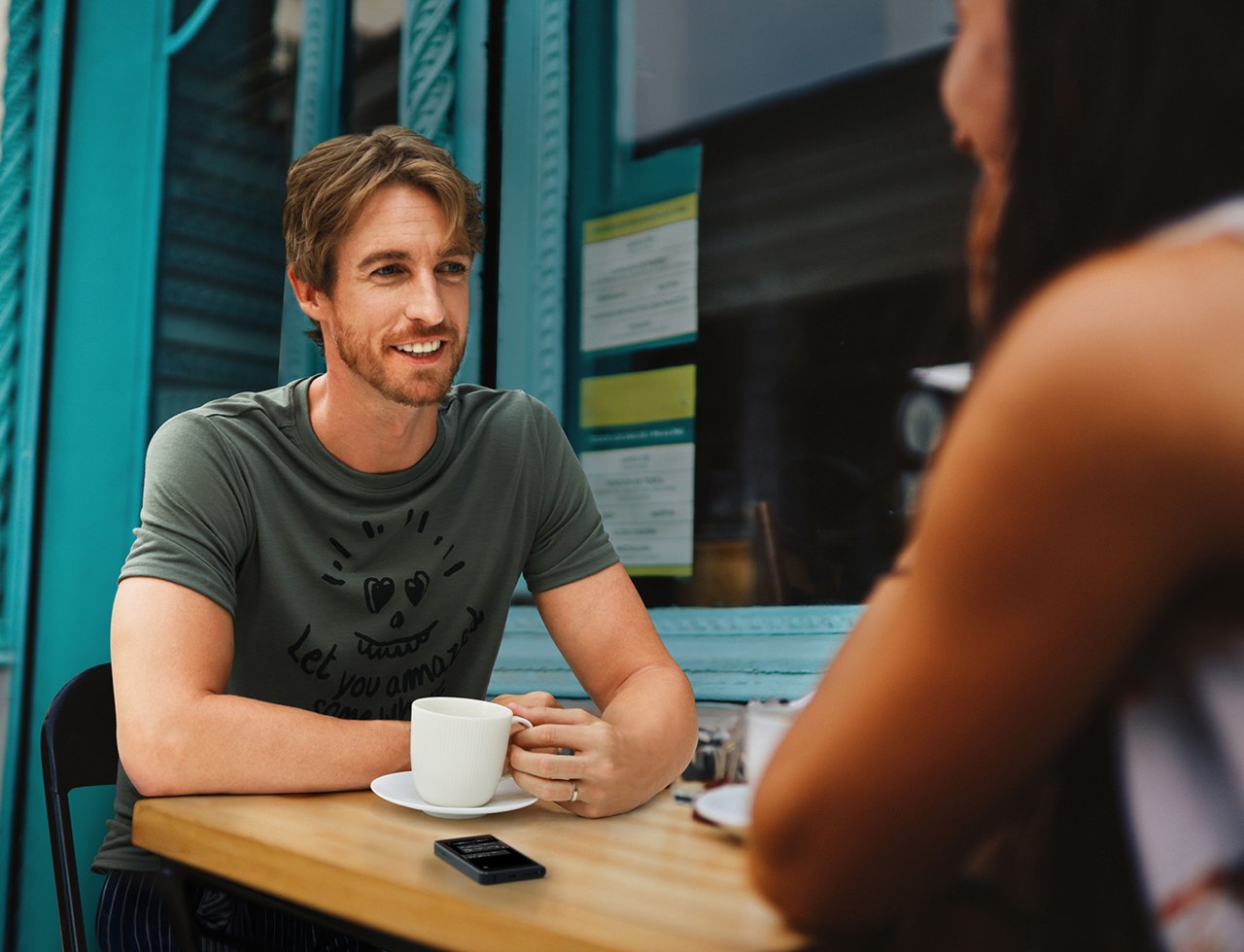 Chat Translation – Automatically captures what you are saying and translates it into the target language of your partner instantly and vice versa. 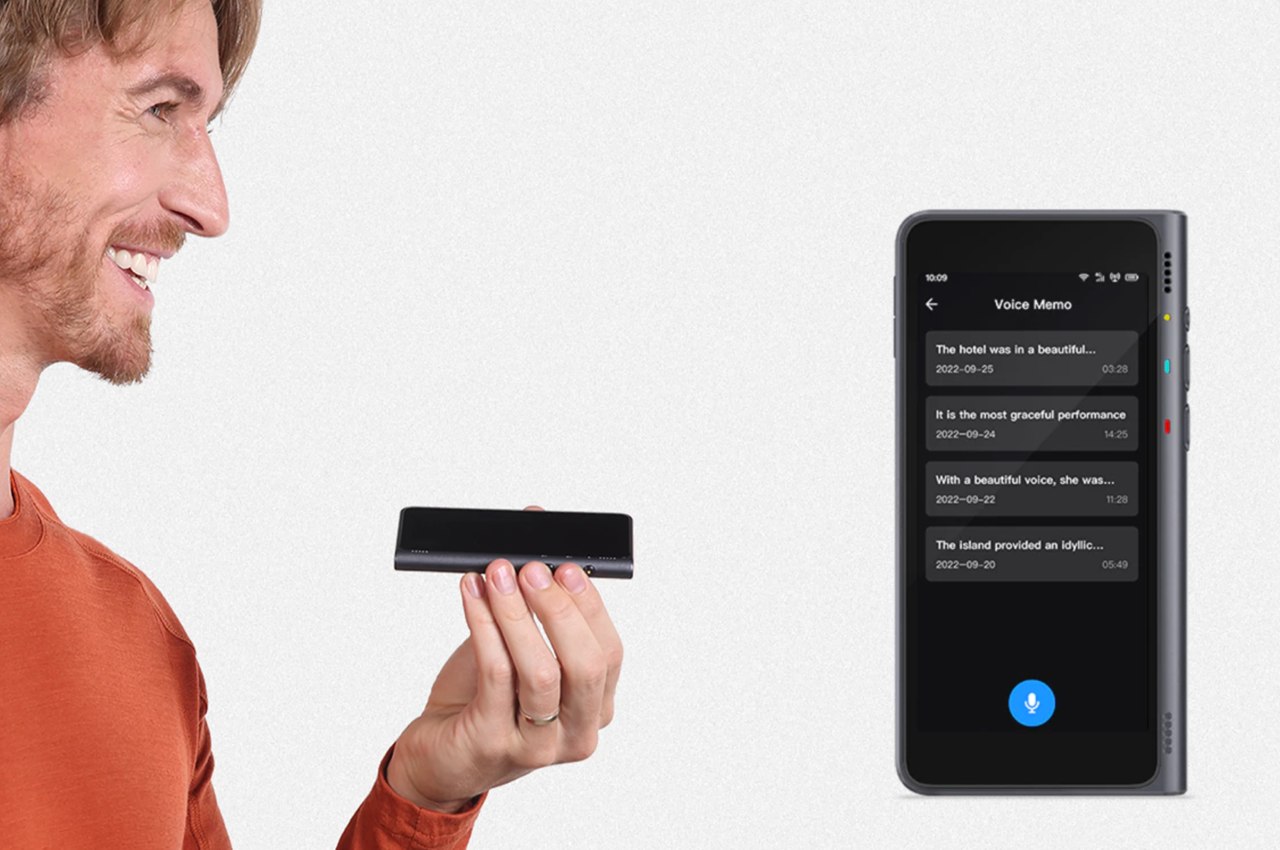 When your sense of direction fails you, just double-click the power button to start a fluent conversation with a native speaker to ask about the next stop on your journey. Fluentalk T1’s Listen Mode can easily capture what the other person is saying and then translate it into your own language. But you don’t have to keep holding the device or pressing buttons either. With Chat Translation mode, it can automatically pick up what you’re saying and translate it to another language while also doing the reverse for your conversation partner. There’s also a handy Voice Memo mode in case you want to save dictated notes for translating later. 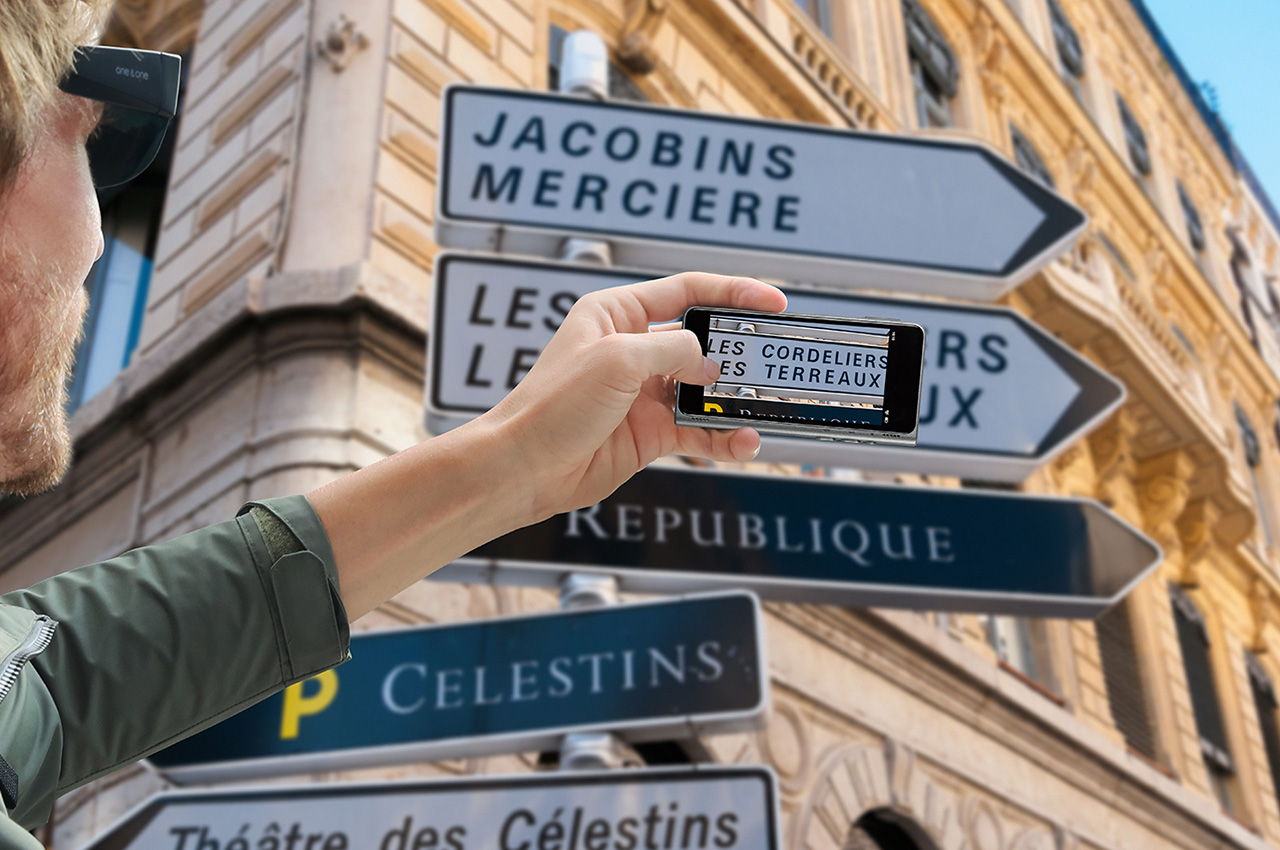 This handheld translation device, however, doesn’t just get you through conversations either. With its 8-megapixel camera, powerful processor, and vibrant 4-inch touch screen, you can also translate printed words like prices and signs so that you’ll never get lost ever again. It also has built-in apps for currency conversion as well as a world clock, giving you up-to-date data that live and thrive in a foreign land. 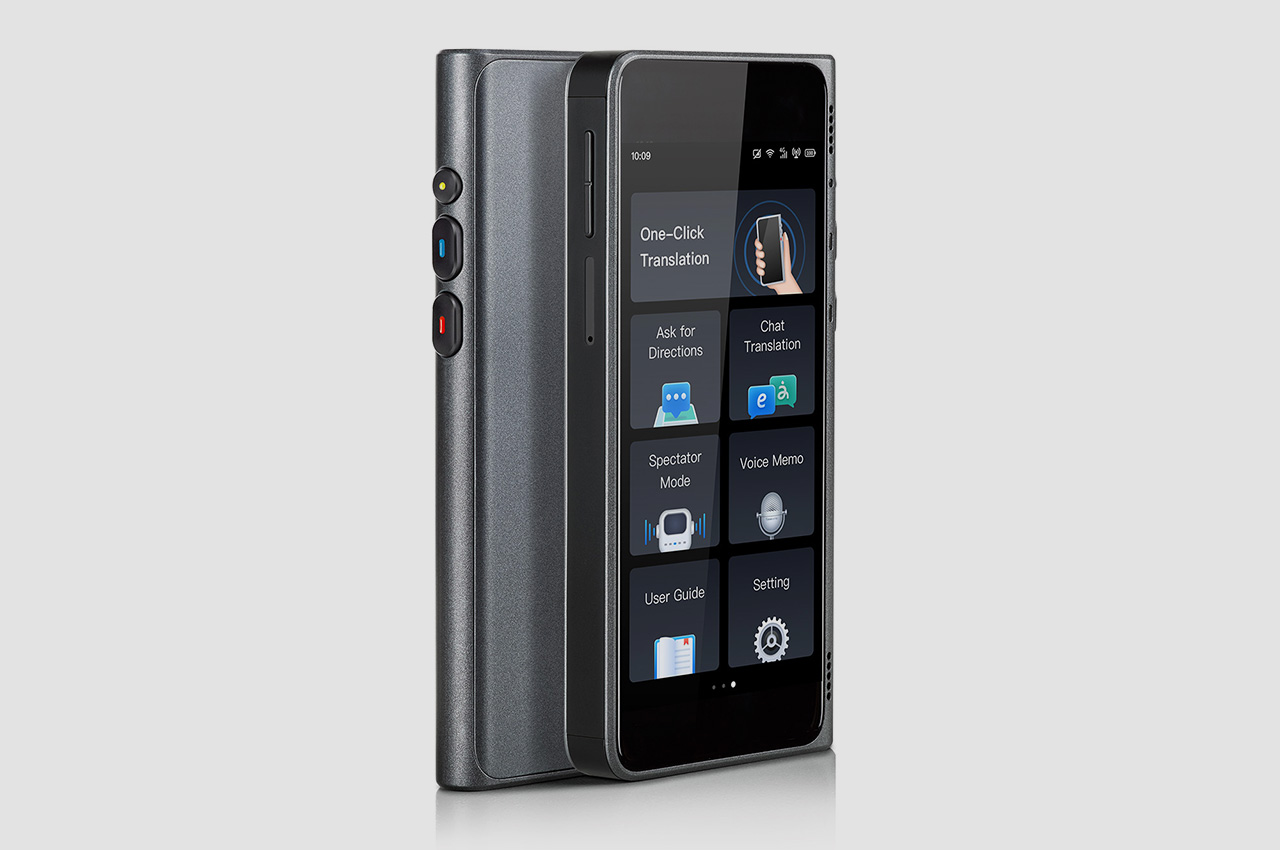 With Timekettle’s Fluentalk T1 Language Translator, you will never be at a loss for words or knowledge, no matter what corner of the world you want to explore. For only $299.99 (use coupon code “YDESIGN23” to avail exclusive 30% discount for YD readers), you’ll get your hands on a palm-sized device that will help you build closer relationships with people around the globe. That includes two years of free global mobile data, which means you don’t need to insert an eSIM card to translate words into your own language anywhere in the world. What’s more, with a special code for Yanko Design readers, you get a 30% discount off that price tag, helping you gain the confidence to step into a whole new world of learning and adventure traveling across the world.

Plastic water bottles are sooo 2009. What’s now and wow in H2O delivery is the OVO by designer Manuel Desrochers. Inspired by the successful AQUAOVO, Manuel…

Two Points Are Better Than One

You never know when inspiration strikes or that you run out of stationery; hence the Two Points Pen is a great way to always be…

This sleek yet compact juicer pays homage to Norman Walker and easily fits into every kitchen!

Since 1936, juicing has been considered one of the most effective and concentrated means for boosting your health. Norman Walker, a trailblazer and the original…