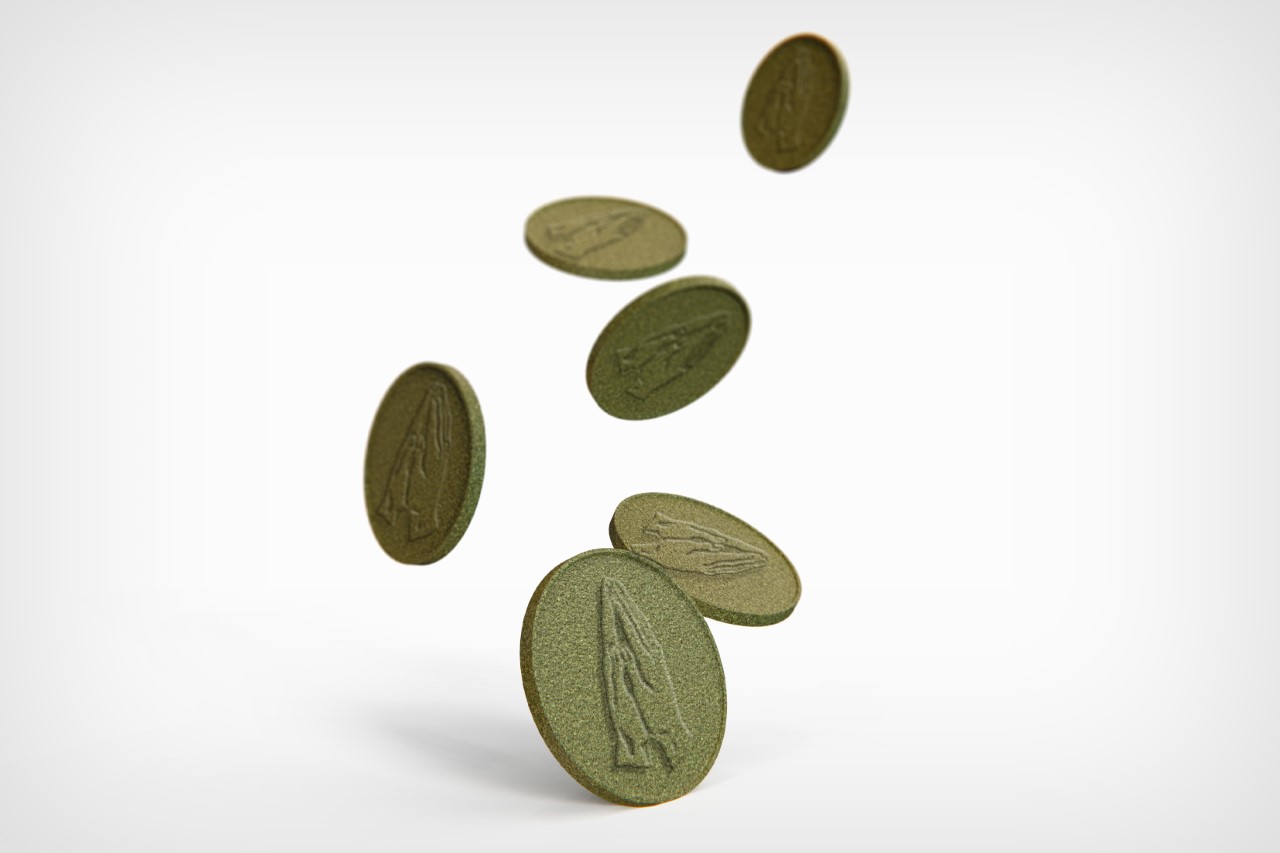 Whether that quarter you throw in the wishing well grants your deepest desires or not, it definitely wreaks havoc on the marine environment. Marine animals can sometimes mistake the coin for food, and there have been thousands of instances of turtles and fish choking to death because of trying to eat a coin. Sounds like a rather morbid trade-off for getting your wish granted, no? The Wishing Feed solves that problem. Made from a marine animal-friendly dried algae material and shaped into coins, the Wishing Feed provide an organic alternative to coins, and can easily be thrown into wells where they naturally disintegrate and become food for water-borne animals. It’s a win-win, really. 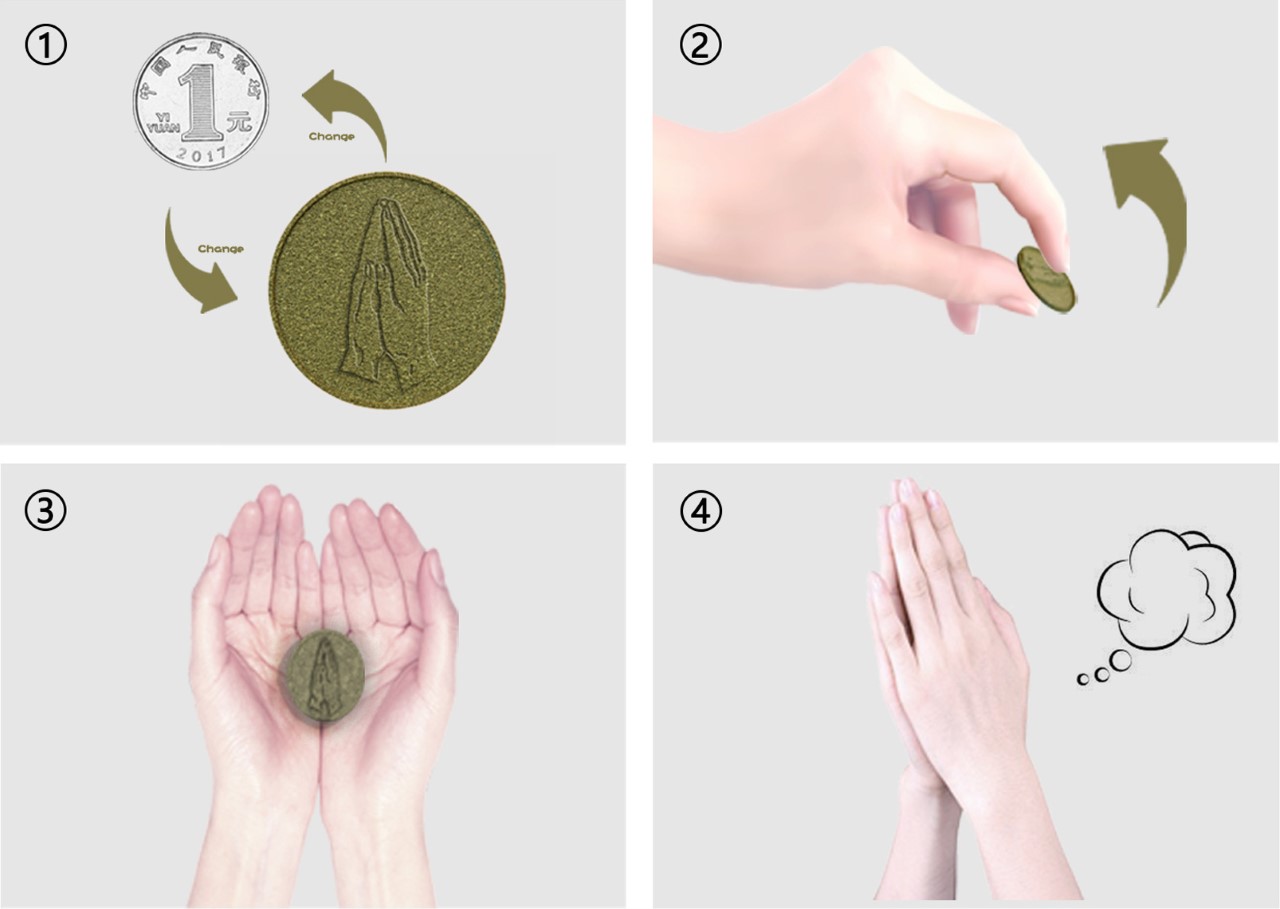 It’s customary in a lot of eastern as well as western cultures to toss coins in water bodies as you pray for good luck. Those coins, however, exact a price on the animals that mistake them for food. What Wishing Feed does instead retains the practice but swap out the metal coins for discs made out of dried algal material and other ingredients used in fish food. These discs can be purchased around such wells, fountains, and water bodies, and can be thrown into the water as an alternative to metal coins. When the Wishing Feed is thrown in the water, it naturally breaks apart and ends up feeding the marine ecosystem instead of choking it! Now that’s what I call good luck AND good karma!

The Wishing Feed is a winner of the iF Design Award for the year 2022. 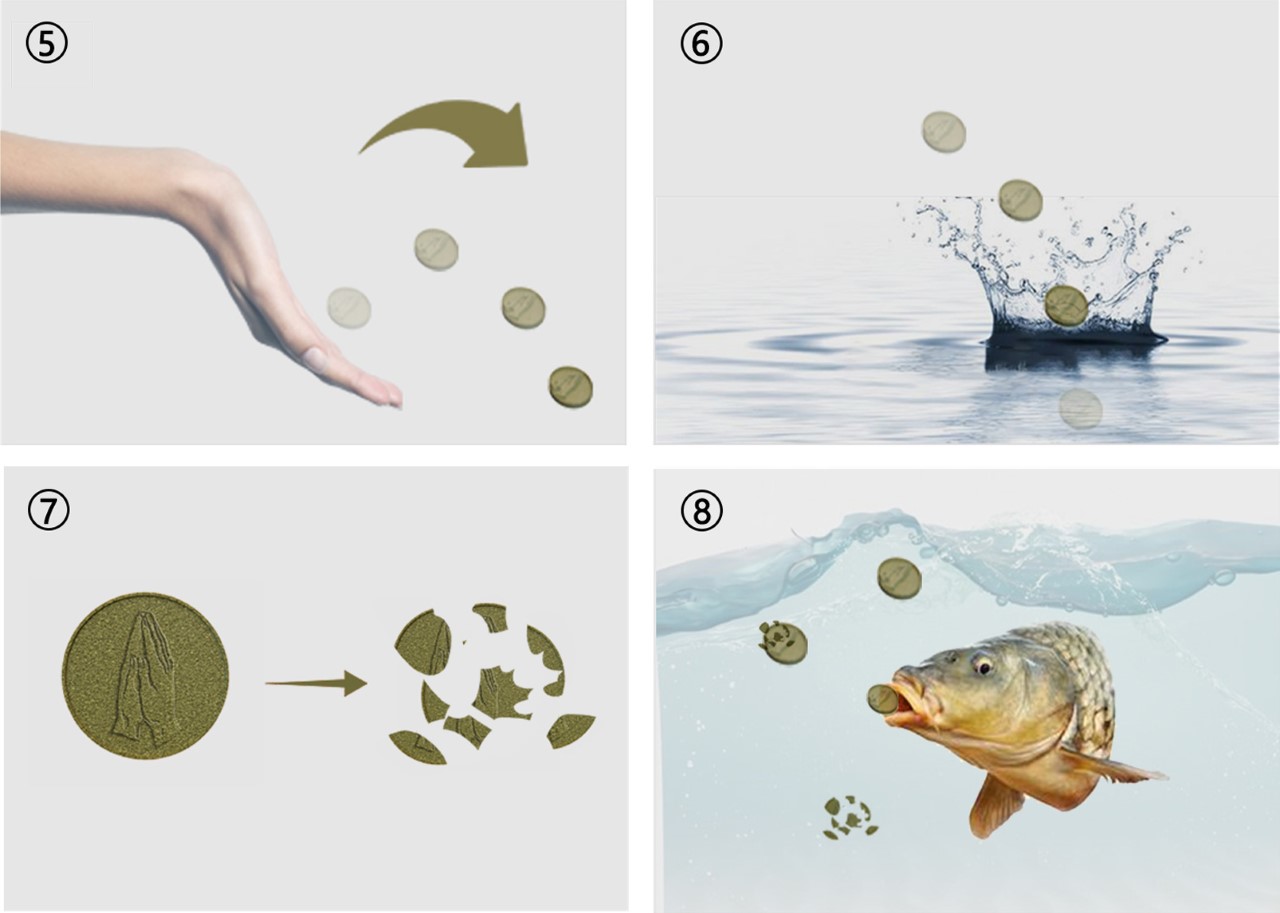 The latest from Viefe, the Lau handle focuses on lightness and convenience, providing the leverage users need with its angled grip. The edges of the…

This Wooden Android is always ready to sharpen your pencils!

Designed to add an element of fun to your workspace, Robot (or its female counterpart Roboni) is a cute, wooden android that’s on a strict…

The Backpack That Changes Aesthetics When You Change Your Mind

The VS Backpack (named rather aptly) is for people who love having options, who revel in being able to choose between this VS that. The…

Somewhere between a three-legged stool and a china ornamet, the Ceramiko stool blurs the boundary between functional furniture and decoration. Made in Stroke-on-Trent in Staffordshire,…