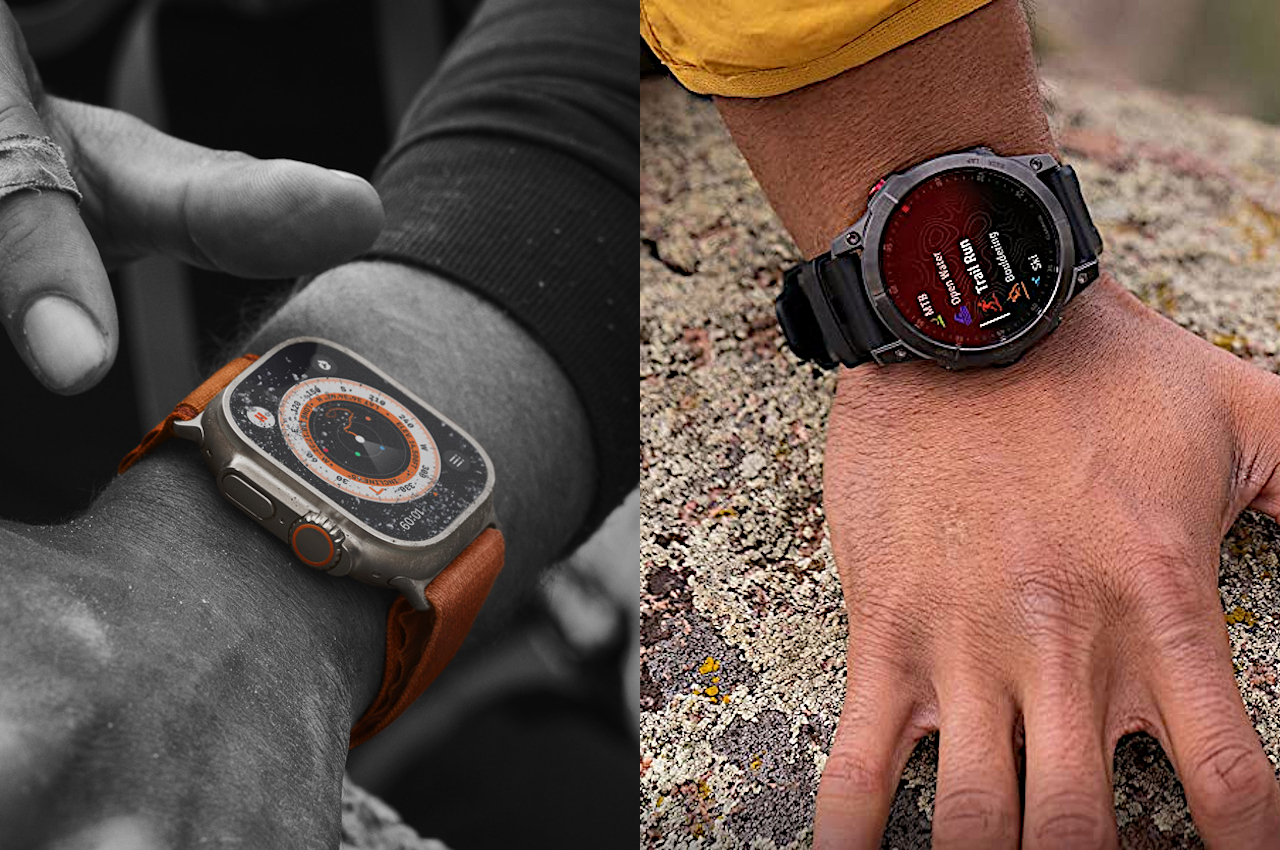 Apple just launched its latest iPhone generation last week, but it might be its wearable companion that’s generating more discussions over the Internet these days. The Apple Watch Ultra, in particular, is kicking up a storm in a somewhat niche smartwatch market focused on extreme sports and very active lifestyles. It might simply look like an overgrown Apple Watch on the outside, but that’s part of the appeal of Apple’s most rugged smartwatch yet. After all, why would you settle for a rugged-looking sports smartwatch from the likes of Garmin when you can have a rugged yet stylish smartwatch from Apple instead? That’s exactly the question that we’ll try to answer, pitting the Apple Watch Ultra against Garmin’s finest to weigh the pros and cons before you bid farewell to your hard-earned money.

Neither of the two smartwatch makers’ designs is anything new. The Apple Watch Ultra really looks like a bigger Apple Watch, one with a 49mm size that is nothing to scoff at. It comes with that rectangular face that the Apple Watch has been wearing for generations now, albeit with a flatter screen that makes it easier to protect with sapphire crystal. The Ultra model does deviate from the standard design a bit with an extruded housing for the side button and an extra programmable Action button on the opposite side. 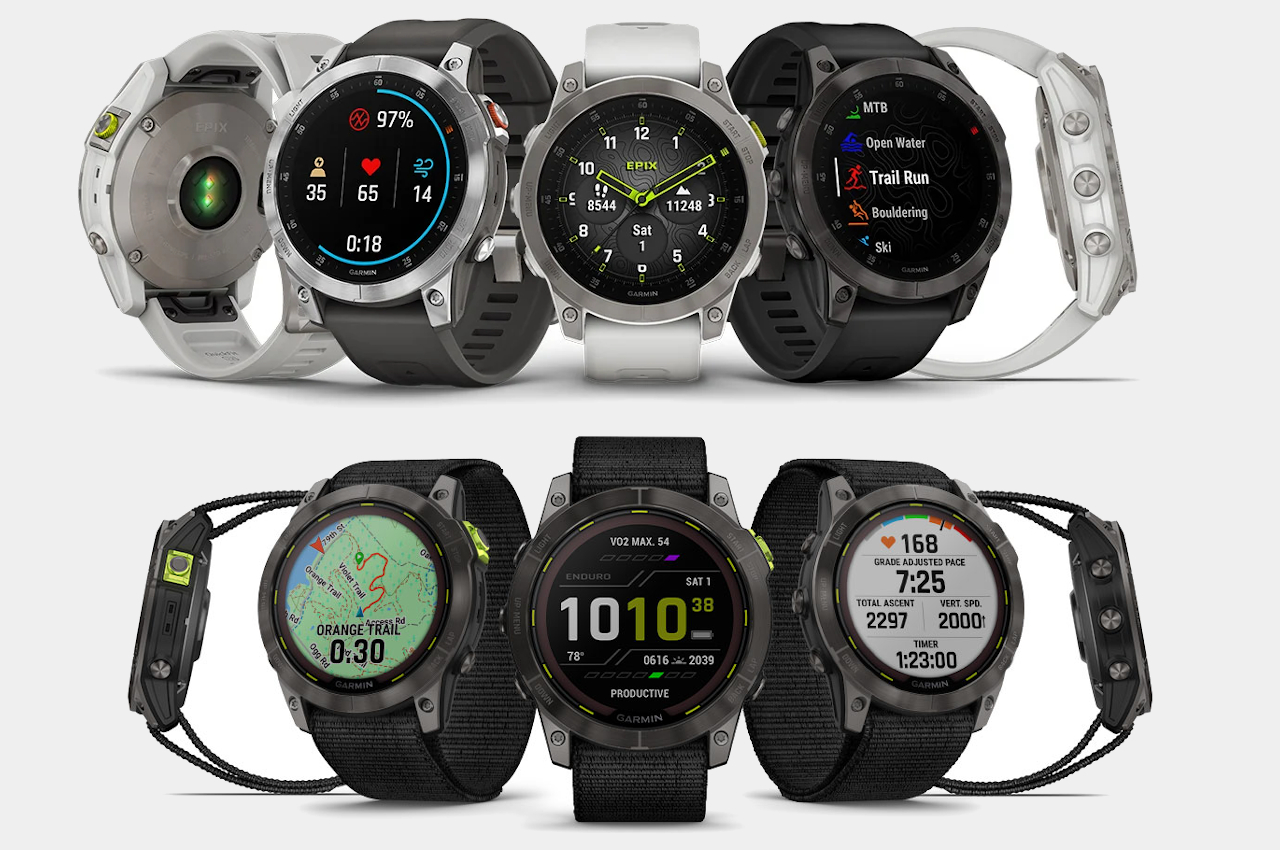 Garmin’s sports smartwatches like the Epix 2 and the Enduro 2 stand in stark contrast to this design. Where Apple’s watches have always leaned more towards the classy end of the spectrum, Garmin doesn’t make qualms about the rugged and sporty nature of its smartwatches. They have typical circular faces, but don’t expect luxurious appearances like those from Samsung, Montblanc, or Fossil. And where Apple aims for minimalism as it is wont to do, Garmin tends to throw almost everything into its devices, giving these two sporty watches no less than five buttons to play with. Those are particularly useful when you can’t use the touch screen because you’re wearing extra thick gloves. 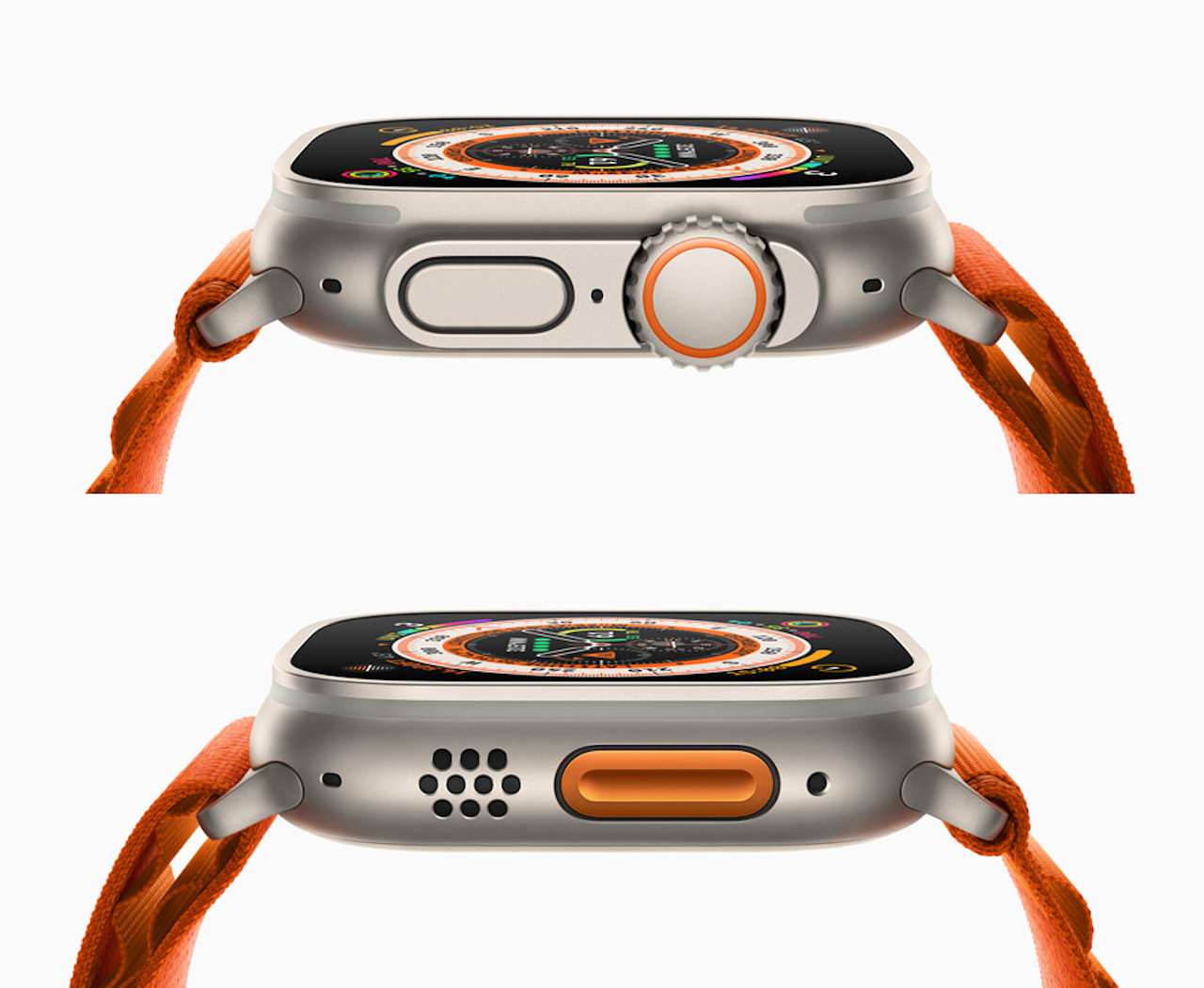 In terms of appearances, the choice is a bit clearer cut. Do you want a sports smartwatch, or do you want one that can hide in plain sight on any occasion? Of course, there are even more differences under the hood, especially when it comes to details like battery life and health features, but if you can’t get past how the smartwatch looks, those differences might be meaningless anyway.

What differentiates a sports smartwatch from a typical sports watch is, of course, the hardware that makes it tick. This is also where the lines between Apple and Garmin blur and mix, making it a little bit harder to choose between the two. When it comes to the display, for example, the Apple Watch Ultra has the Garmin Epix 2 beat with a more pixel-dense screen that really makes icons and text pop out. That said, neither of these are your typical smartwatches, and they both try to compete in telling you where you are or where you’ve been. 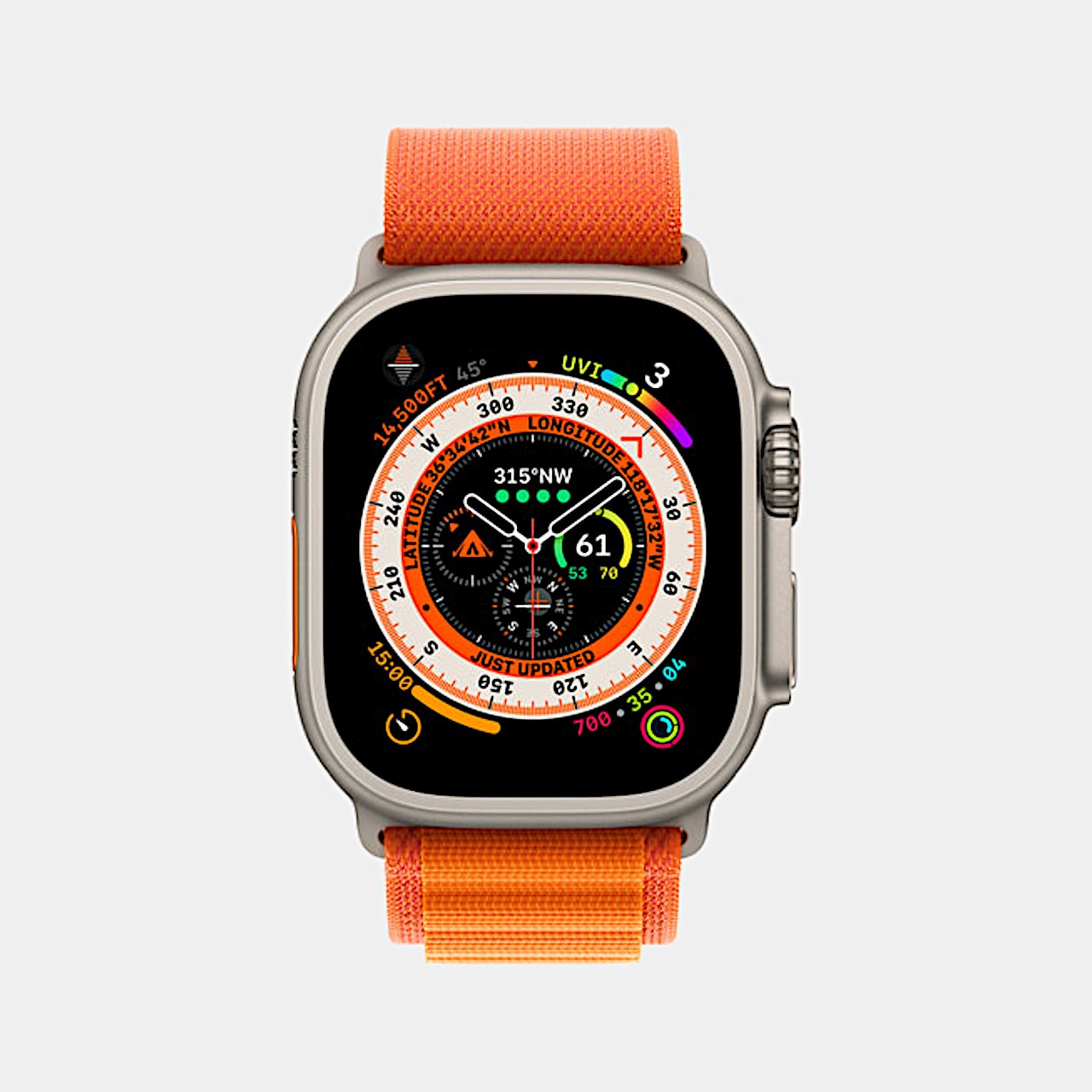 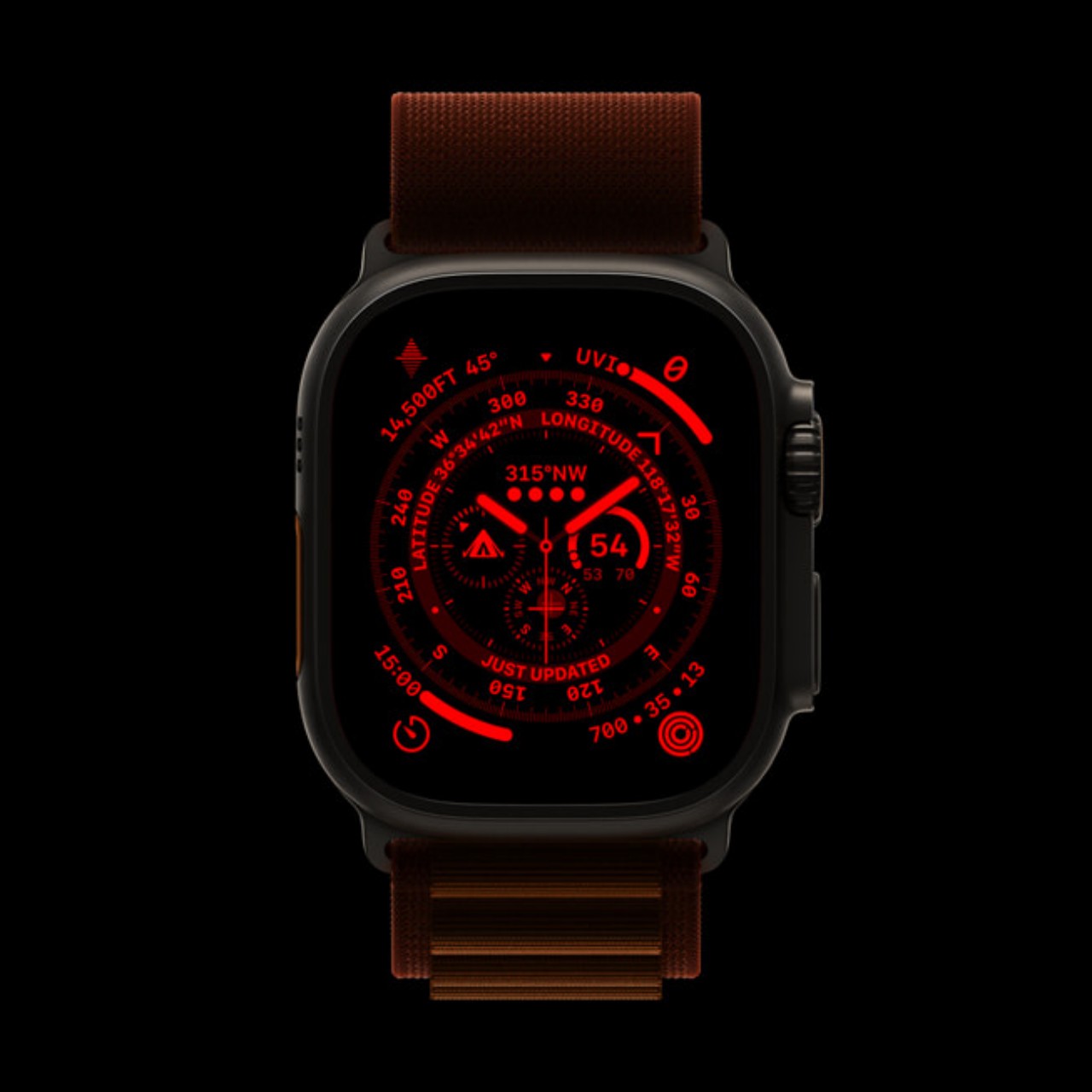 Smartwatches designed for athletes require more attention to location than conventional wearables. Garmin, whose core business is exactly in that field, has a long head start compared to Apple. While the Apple Watch Ultra boasts dual-band GPS for the first time, Garmin has been using multi-band satellite systems far longer. The latter also has the advantage of having access to more kinds of maps and topographical data than Apple, many of which come pre-installed on its smartwatches.

Garmin’s sports wearables also come with support for external Bluetooth devices, particularly those used by athletes and adventurers in monitoring stats and data that the smartwatch itself can’t collect. It’s too early to count Apple out of the game since the Watch Ultra is its first stab at this space. But extremely active people who need solutions now might not be too keen on waiting for Apple to get up to speed. 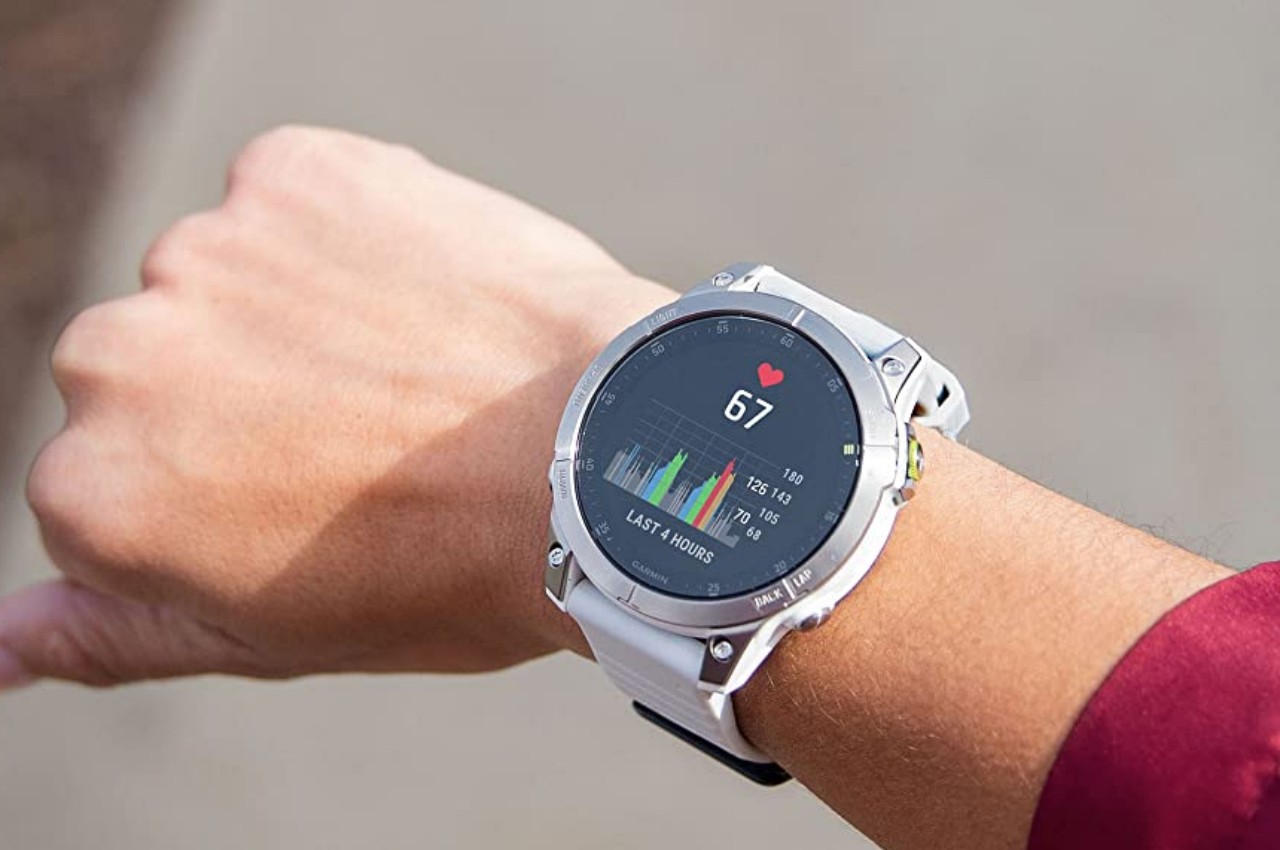 The biggest headline for the Apple Watch Ultra, however, is its battery life. Thanks to its larger size and other hardware improvements, it is able to accommodate a larger battery and advertise up to 36 hours of battery life under normal use. That can even be extended to 60 hours with a new low-power mode, which is practically two and a half days. That’s a big improvement over the typical 18 hours of a regular Apple Watch, but that’s only when comparing it to Apple’s smartwatches.

Garmin, in contrast, counts days, not hours, when it comes to battery life. The Garmin Epix 2, for example, boasts 16 days, though the figure can be dragged down to just 42 hours if GPS mode is enabled. And that’s nothing compared to the new Garmin Enduro 2, which is advertised to last 34 days, not hours, in normal smartwatch mode. It even has a built-in solar panel, so you can extend that by 12 days more without having to grab the charger. 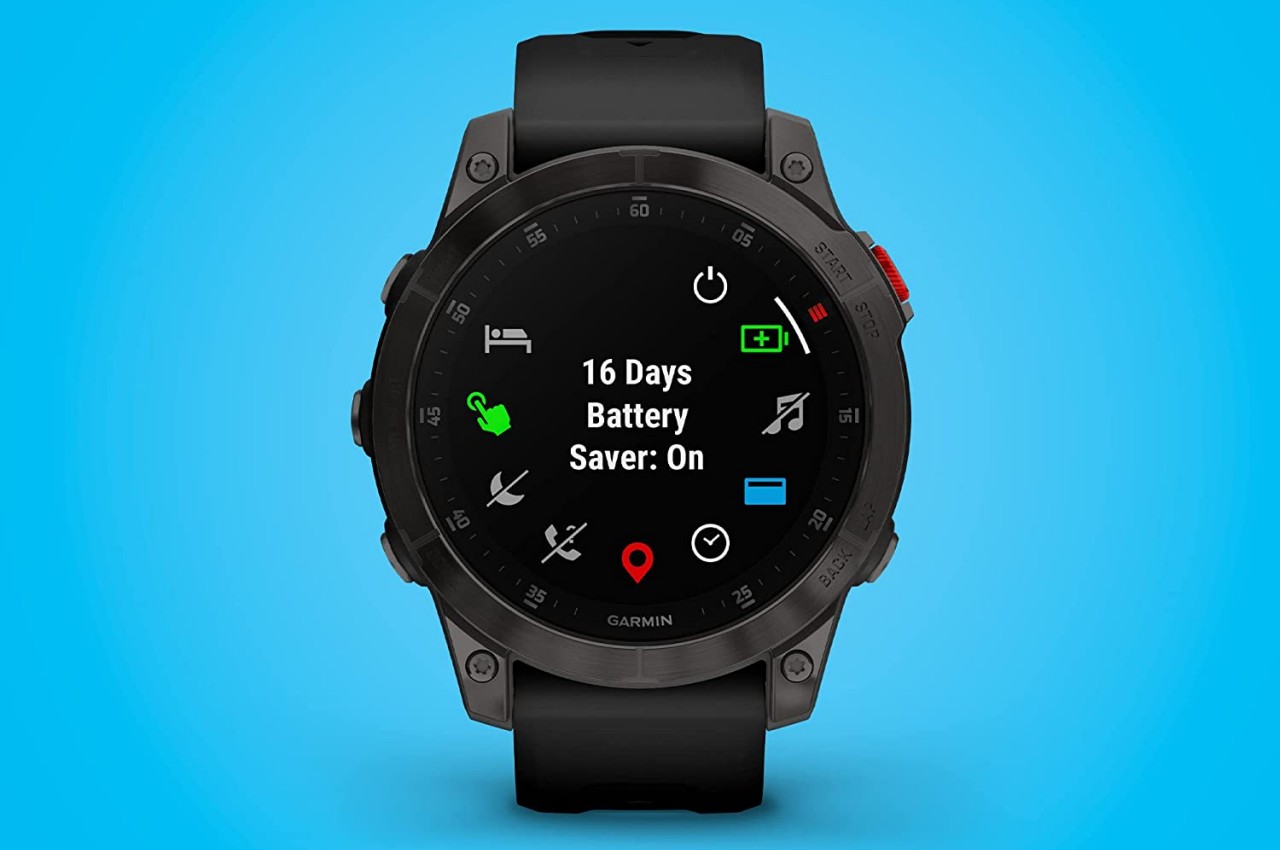 Garmin’s unbelievable battery life claims don’t come without costs, as we’ll see later, but it still shows how far conventional smartwatches are from the ideal. The Apple Watch Ultra at least comes with the assurance that you won’t be charging it as much, but having a compatible MagSafe charger close at hand will still be a good idea, especially if you plan to go off-grid with it. That said, if you do that kind of activity more often than not, any of Garmin’s rugged smartwatches might inspire more confidence and peace of mind.

While Garmin may have the upper hand in navigation and battery life, Apple takes the cake when it comes to health-related features that go beyond the usual activity tracking. In many cases, the Apple Watch Ultra and Garmin’s Epix 2 or Enduro 2 are head-to-head with each other. They all cover the basics like heart rate monitoring, including less common stuff like measuring blood oxygen levels. Even the Apple Watch Ultra’s new body temperature sensing is something that Garmin has already been using for quite some time now. Apple’s advantage, however, is that it can also detect external temperatures, including water temperature. 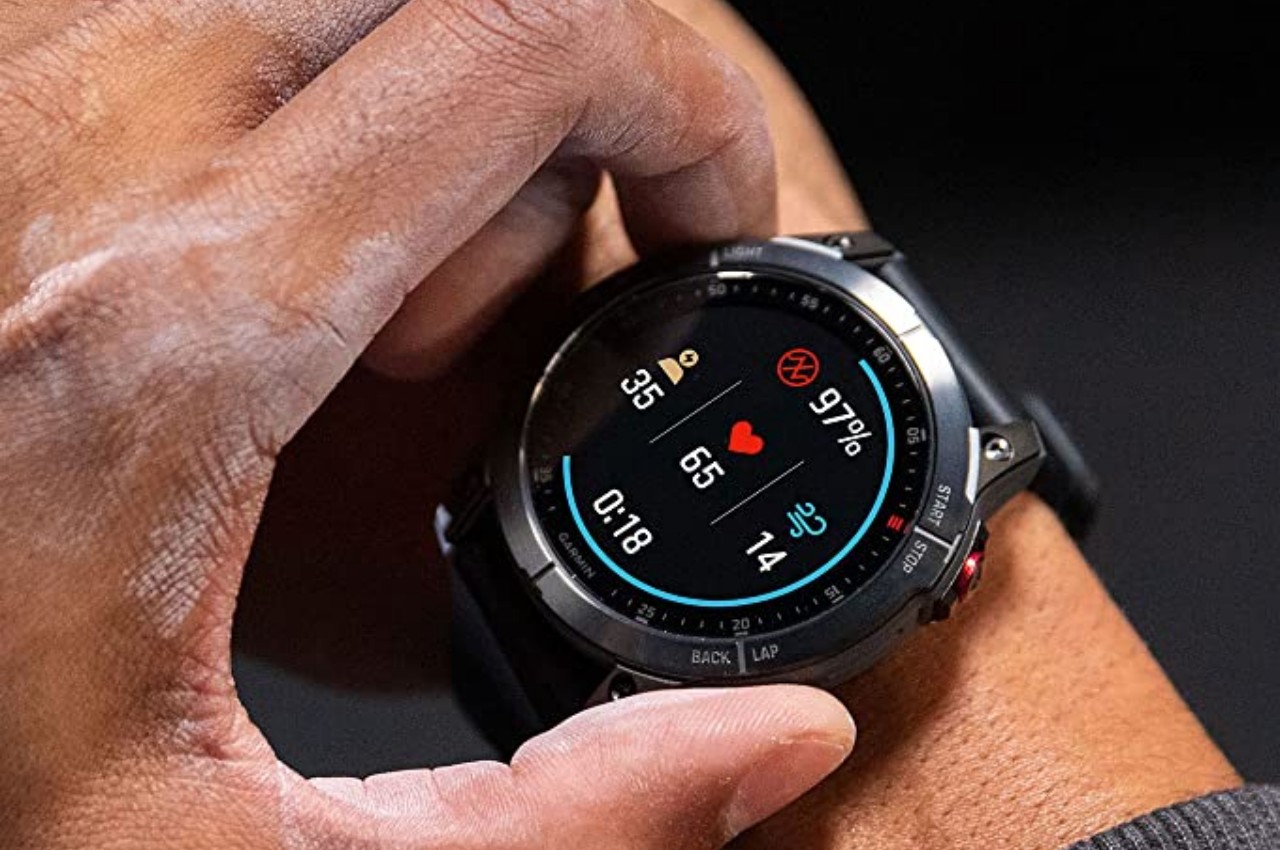 Apple, however, has had more time fine-tuning its features to be more aware of potential health problems than Garmin. One could almost consider this to be the killer feature of Apple Watches. In particular, the ECG measuring feature that has been present since the Apple Watch Series 4 is something that few smartwatches have to date. Apple will continue pushing the Apple Watch in that direction, which would also benefit future Ultra models. 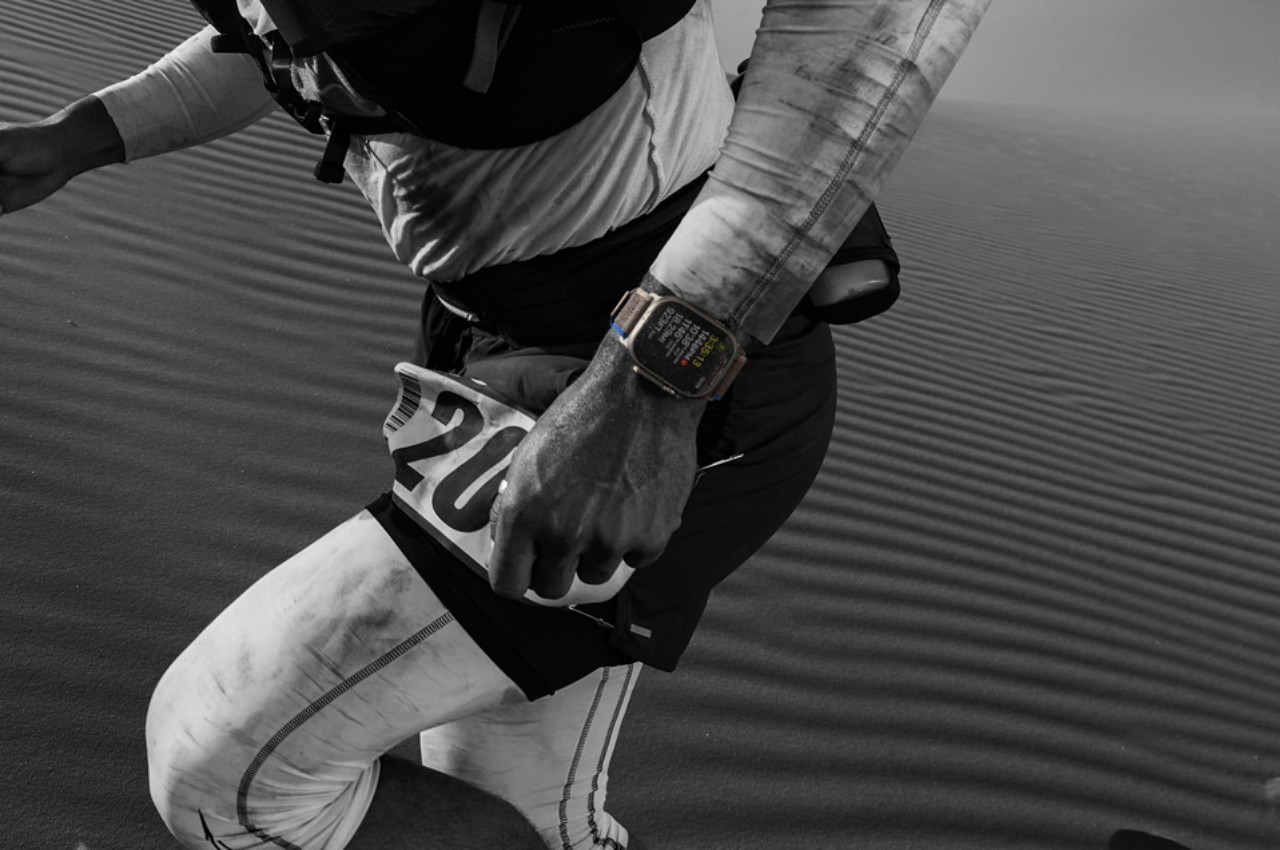 That’s not to say that Garmin won’t have these features eventually, especially when such hardware becomes more accessible to manufacturers. It could just be a matter of time, though it could also be a matter of business goals. This could very well be one of the biggest differentiating factors between Apple and Garmin smartwatches in the future, with one focusing on navigation and sports while another specializes in health and fitness.

At the end of the day, however, the true distinction between the Apple Watch and any of Garmin’s smartwatches is that the Apple Watch Ultra is a smartwatch, first and foremost, while an Epix 2 or Enduro 2 are sports watches with smart features. Garmin supports a variety of apps on its smartwatches, but the majority of these focus on sports activities. The wearables connect to smartphones, too, but they have limited control over the communication that happens between the two devices. There are your typical notification and music controls, but forget about more advanced apps that don’t fit the sports theme. 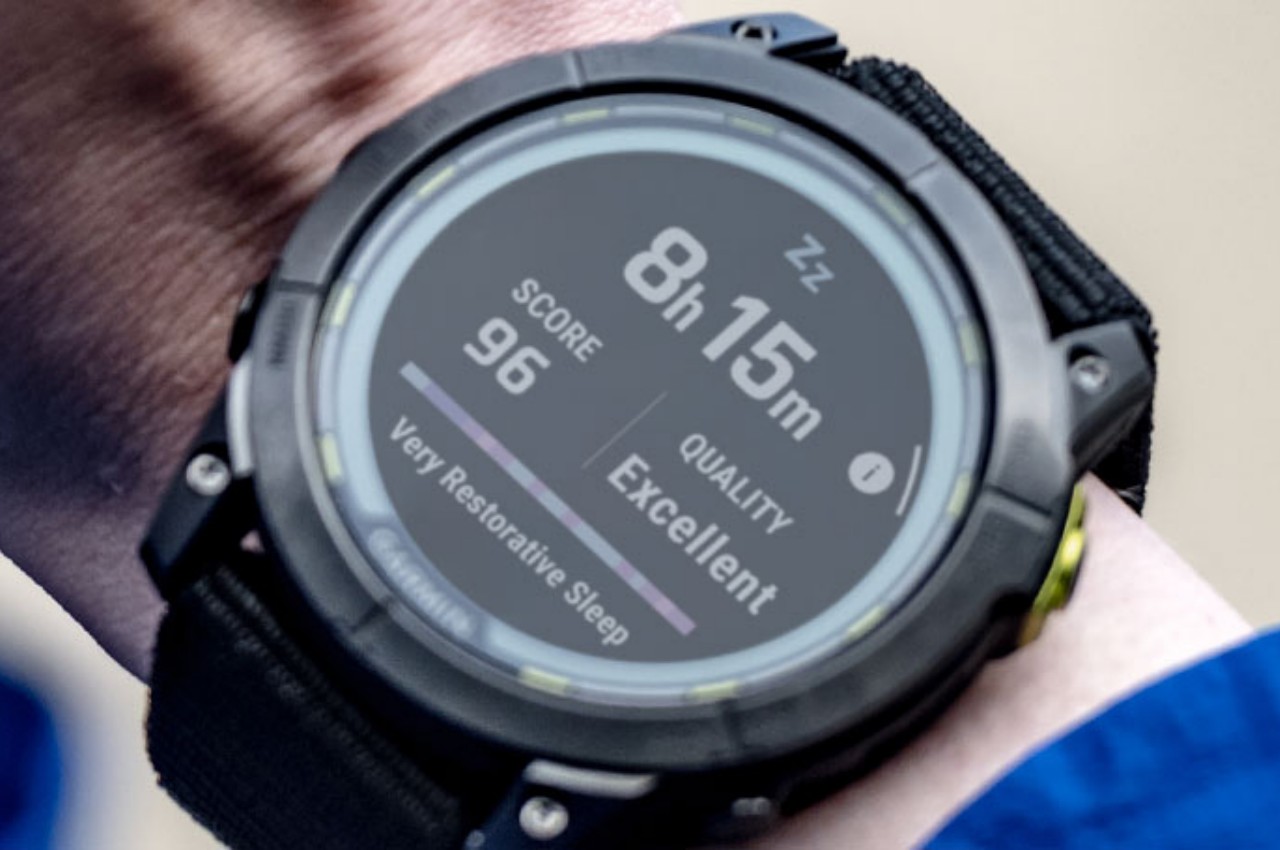 Almost in sharp contrast, the Apple Watch Ultra is pretty much a larger Apple Watch designed to be extra rugged and with more sports-related features. That means it has everything that a regular Apple Watch has to offer and more, including access to dozens of apps and experiences that make it a true companion to an iPhone. You can do almost anything on an Apple Watch Ultra, especially when you consider you have access to Siri through it. 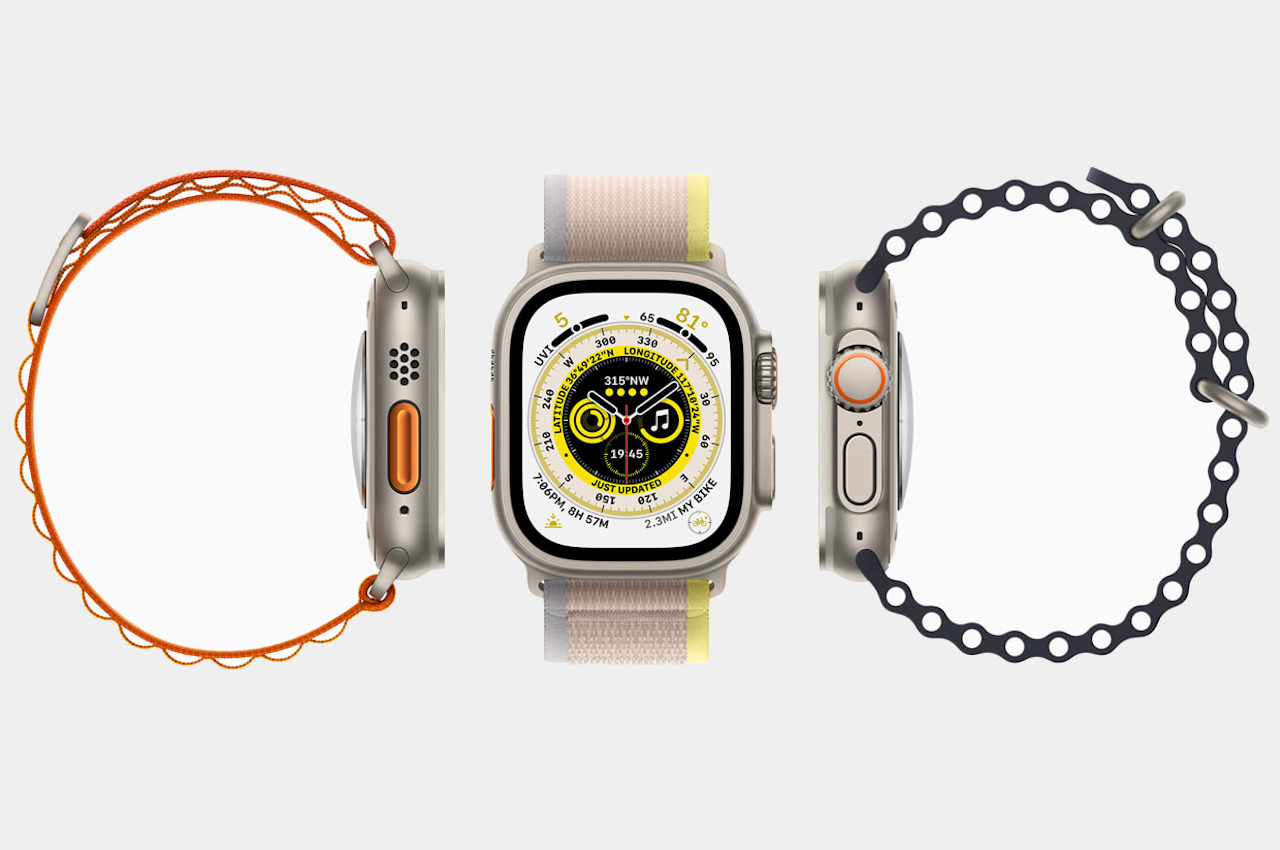 That’s also the reason why the Apple Watch Ultra and its potential successors will always have trouble matching the battery life of Garmin’s equivalent smartwatches. You will need more muscle to power those user experiences, which also means eating more of that battery every hour. It is the necessary price to be paid for a general-purpose computer on your wrist, one that happens to function as a classy but rugged smartwatch as well.

So should you buy a new Apple Watch Ultra or stick to the tried and tested Garmin? As always, there is no single answer that will satisfy all people. Even price isn’t a determining factor at this point anymore, with the Apple Watch Ultra starting at $799 and the Garmin Enduro 2 going for $1,099. It really all boils down to how sporty you want your smartwatch to be and whether you need a multi-functional smartwatch in the first place. 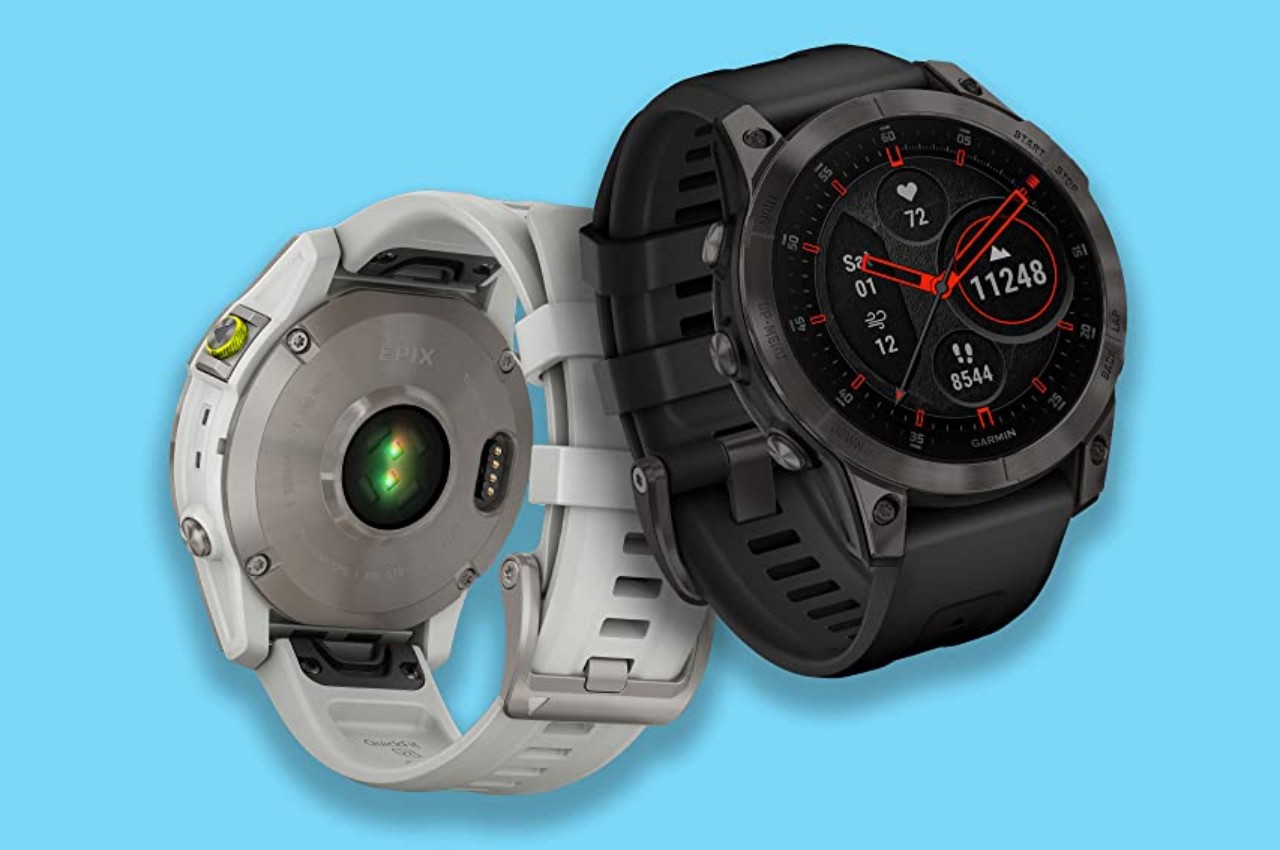 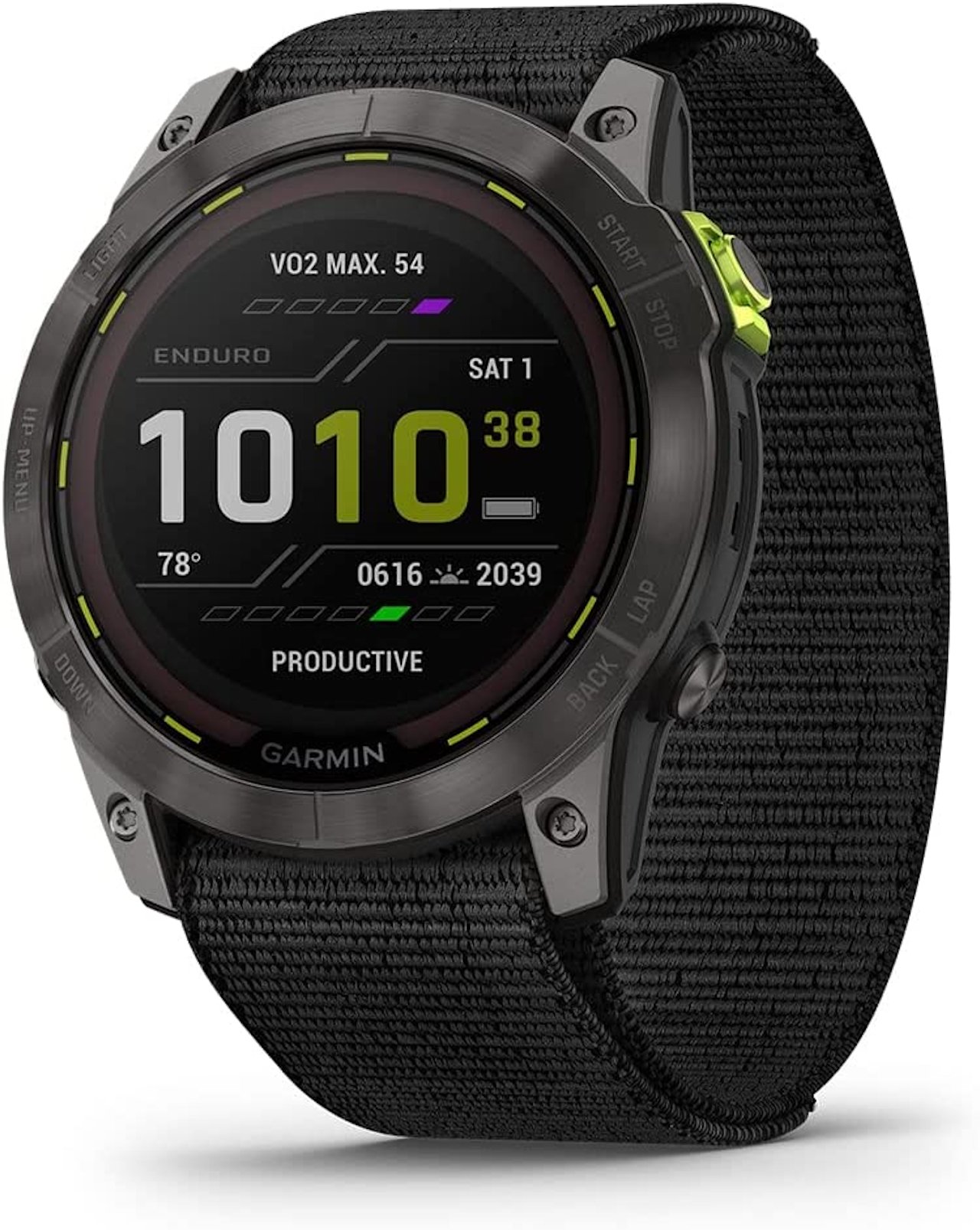 Despite the appeal of a sportier Apple Watch, Garmin easily wins in the areas where sports watches shine brighter than other timepieces. The five easy-to-access buttons make it usable in extreme conditions where you can’t easily swipe or tap the screen, and its navigation and mapping chops are still unrivaled, even by the likes of Google and especially Apple. Its month-long battery life is no small matter, especially when you take frequent trips outdoors. You will, however, be limited by what your smartwatch can do outside of those occasions, but that might better match your extreme lifestyle more than any other smartwatch. 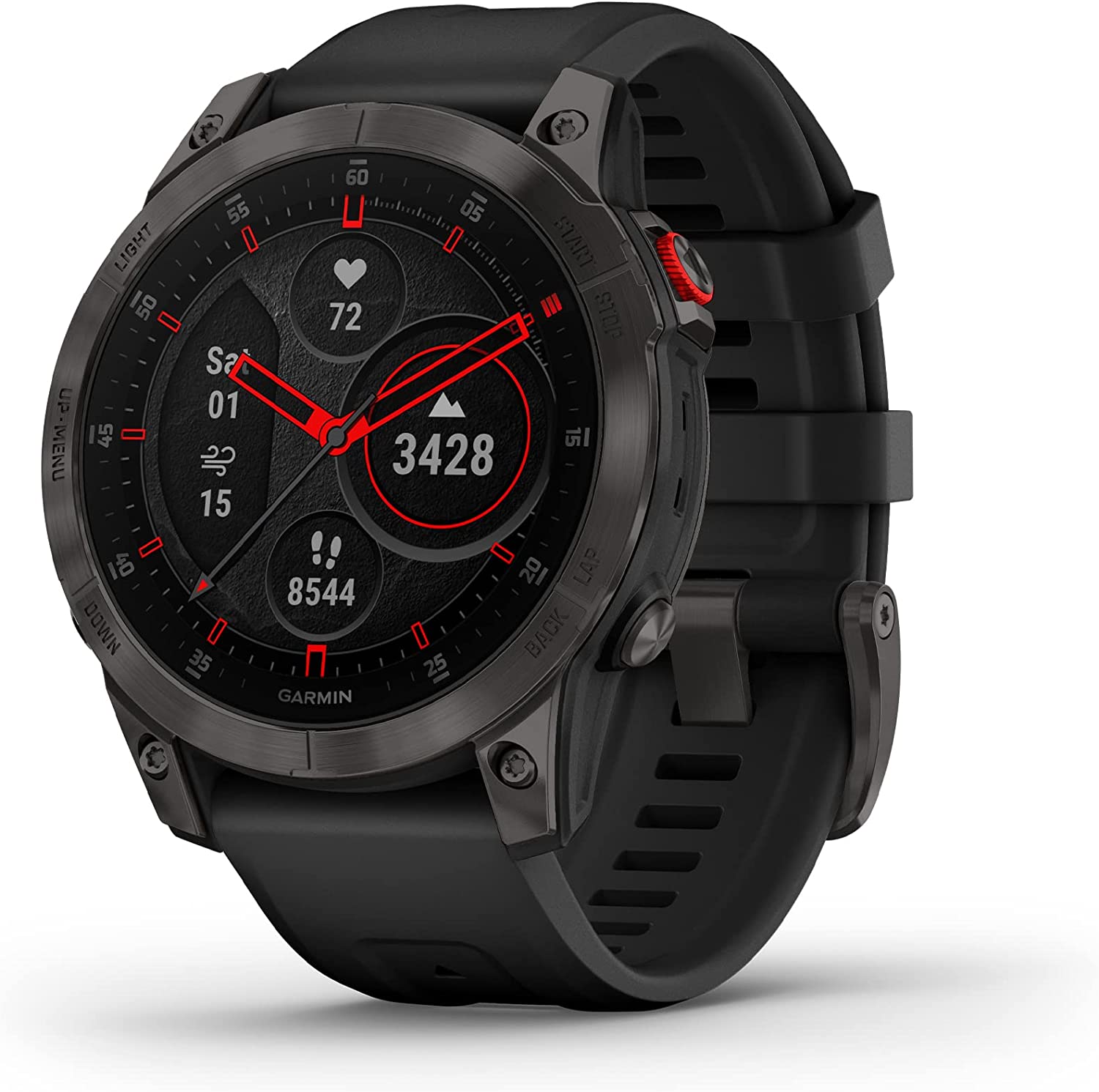 The Apple Watch Ultra, on the other hand, is a more well-rounded device, more like a jack of all trades. It is more rugged and sportier than any other Apple Watch to date, but it doesn’t stray far from its roots. You can do almost anything on the smartwatch, within reason, of course. Its health-related functions are topnotch, and ECG measuring is still something that few smartwatches can boast of. Its design makes it fit better in almost any situation or occasion, so you don’t have to switch watches just because you want to go to a social party rather than go out for a run. Future models might be able to catch up to some of Garmin’s key advantages, but the Apple Watch Ultra will always be a smartwatch first and a sports partner only second. 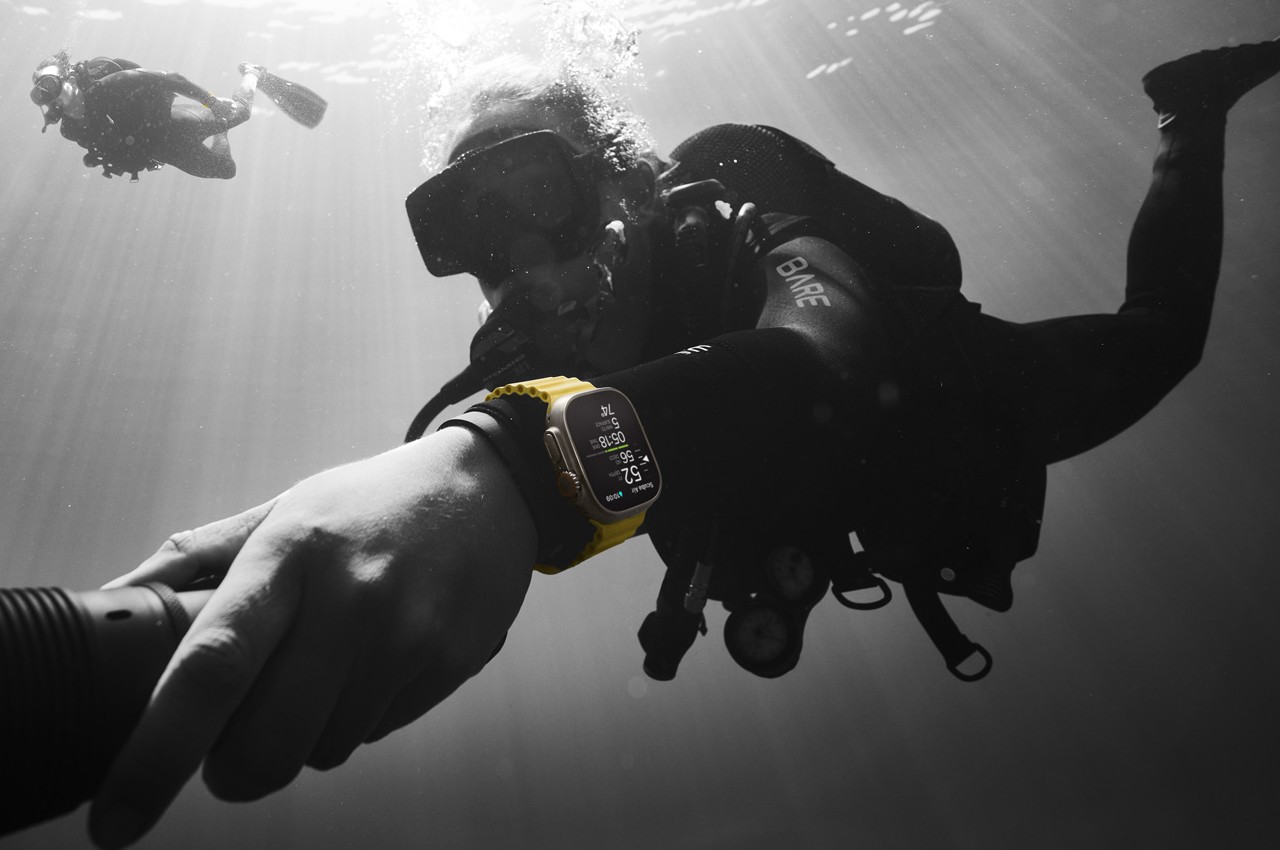 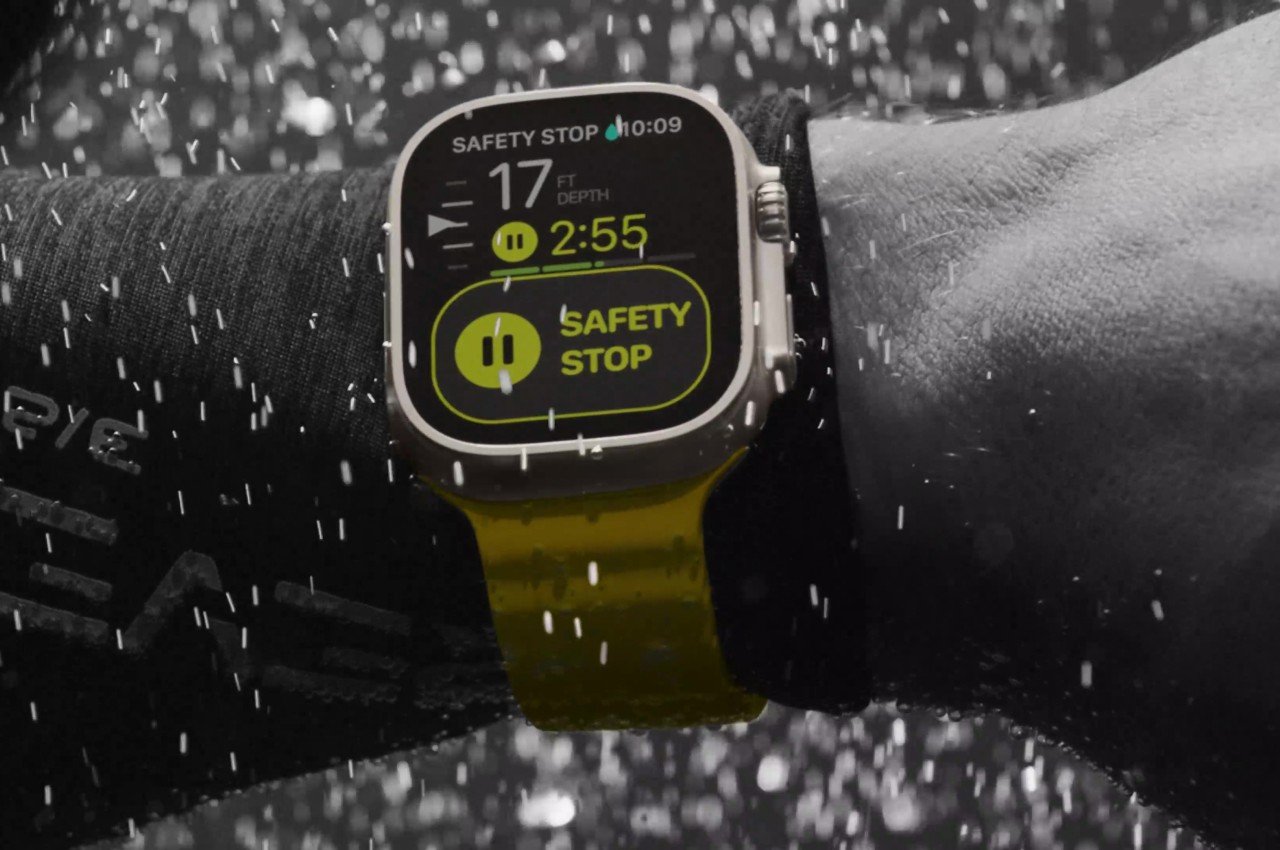 Gaming consoles, controllers, keyboards, and other accessories are always on every guy’s wish list! They’re always on their tiptoes, waiting for the next launch in…