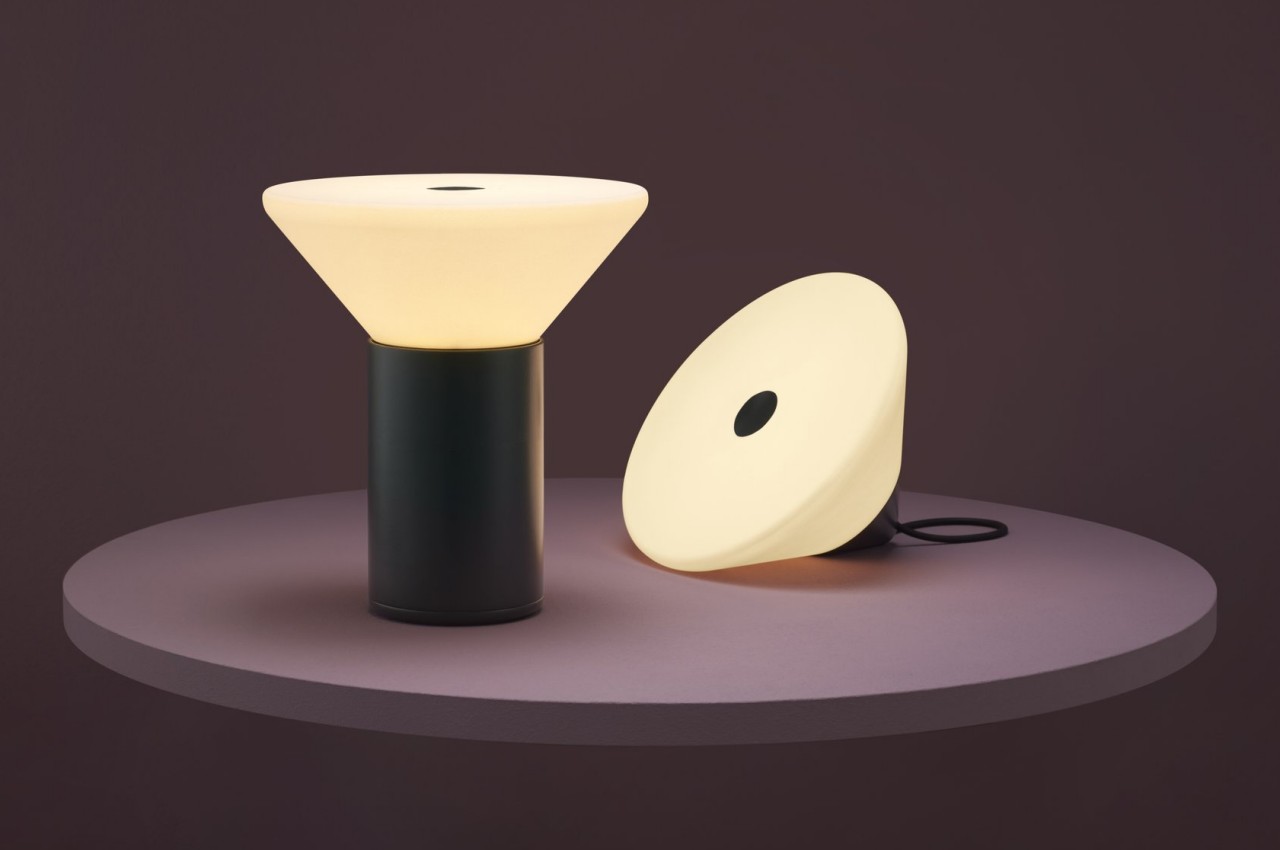 We all need light in our lives, from the pendant lamps that light up spaces to the desk lamps that let us study or work in dark environments. Of course, we don’t always need kinds of lighting fixtures all the time, and it would probably be a financial and material waste if we bought all sorts of lamps but end up not using them often. For these circumstances, a lamp that can serve different functions in different circumstances would be ideal. Such a multi-functional accessory doesn’t need to be complicated or sophisticated, as shown by this rechargeable and modular table lamp that can split into two when you need to carry your light around with you. 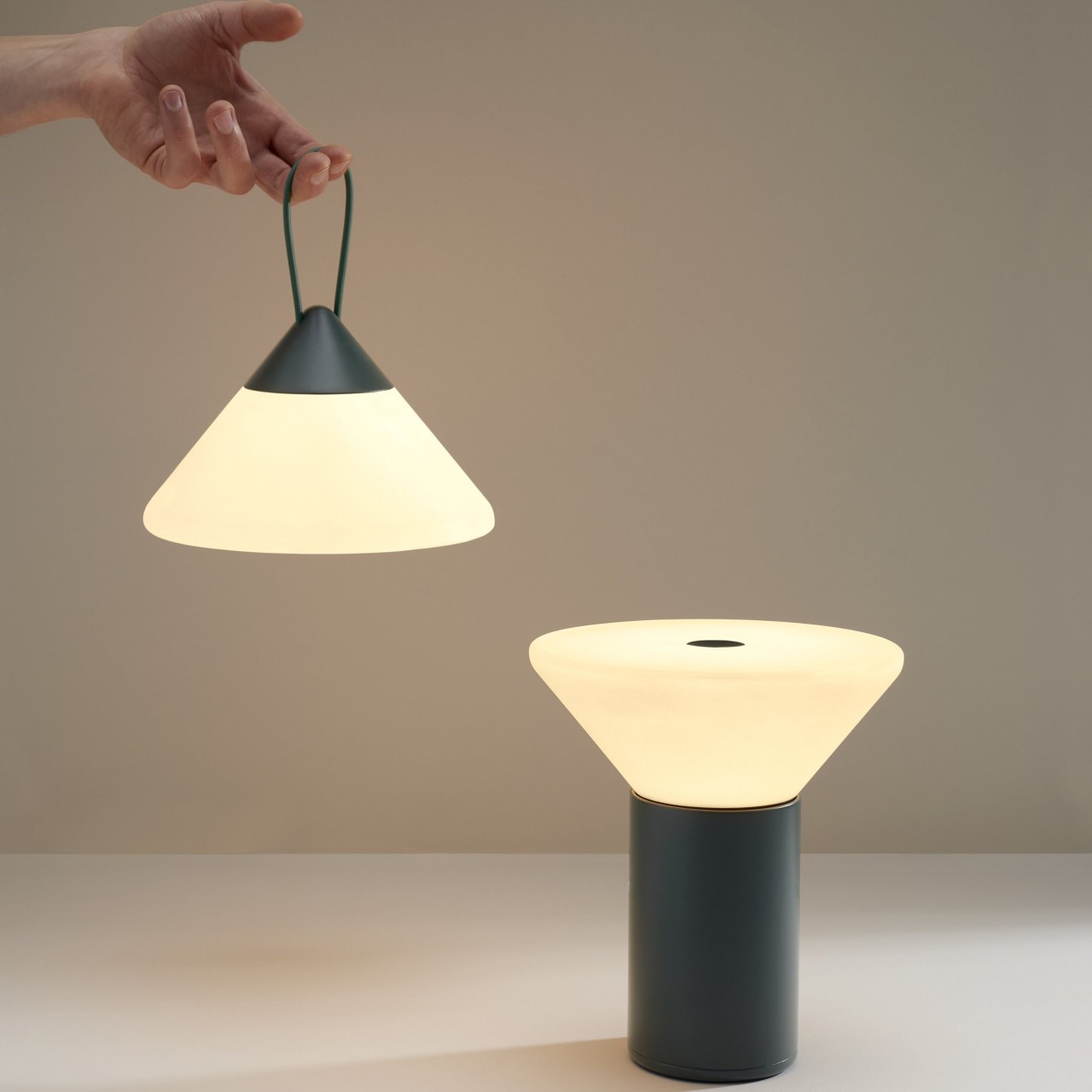 At first glance, Mikono almost looks like an overgrown flashlight, one that has been propped up on its handle to precariously stand on a flat surface. Unlike a flashlight, however, the light isn’t directed towards a single point only and rather emanates from all sides of the conical part of the lamp. Compared to a stereotypical table lamp, the cone’s orientation is inverted, with its wider end pointing upward instead of its narrow point. It’s definitely an unconventional design, but only because it’s an unconventional lamp as well. 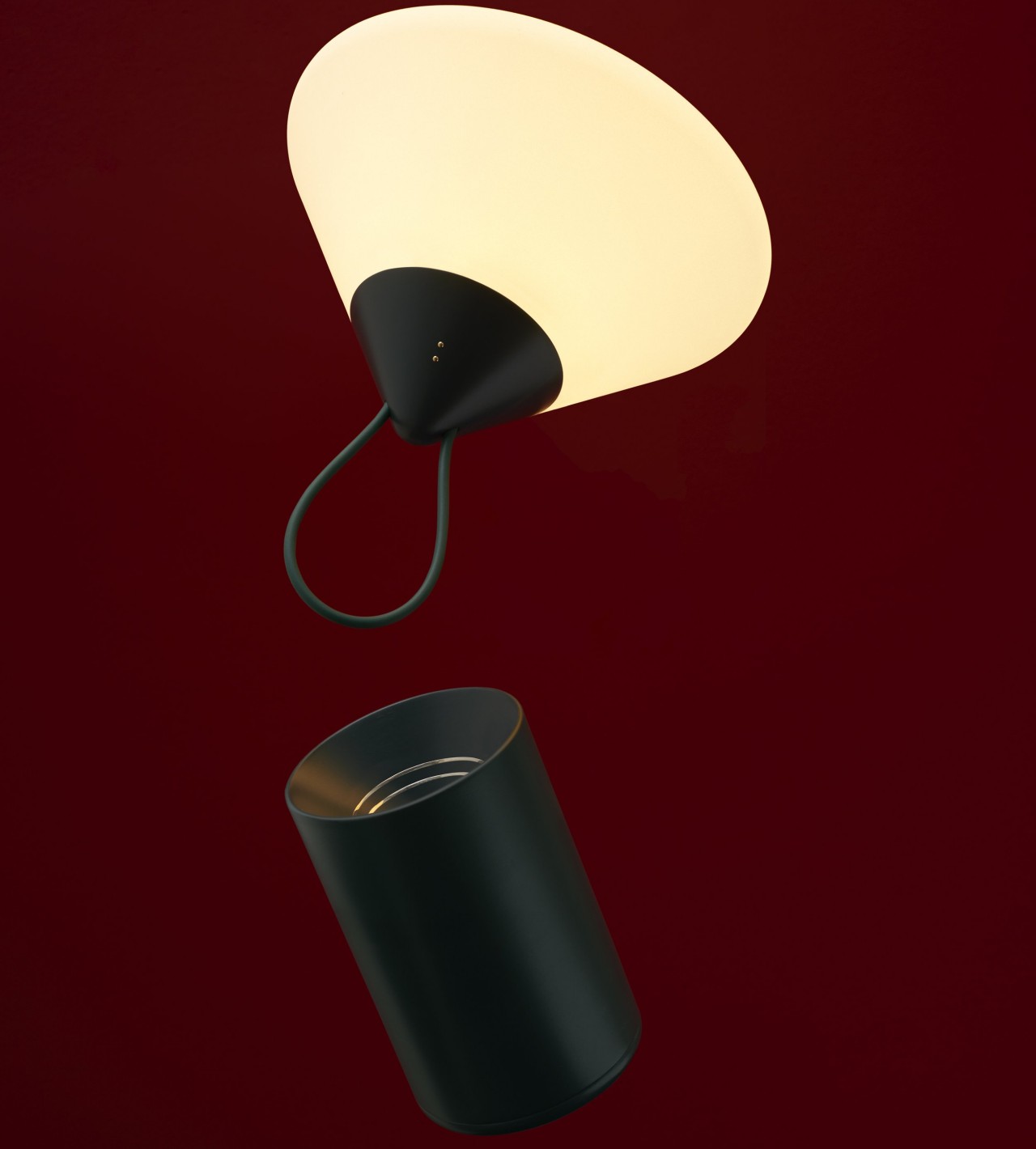 The real lamp is actually just the cone itself, and the base is the Mikono’s wireless charging base. Two pogo pins serve as a conduit between the lamp and the charger, which could raise some concerns about properly positioning the lamp so that those pins align. From the absence of cables, the base presumably carries its own battery and doesn’t have to be plugged into a wall socket to charge the lamp. 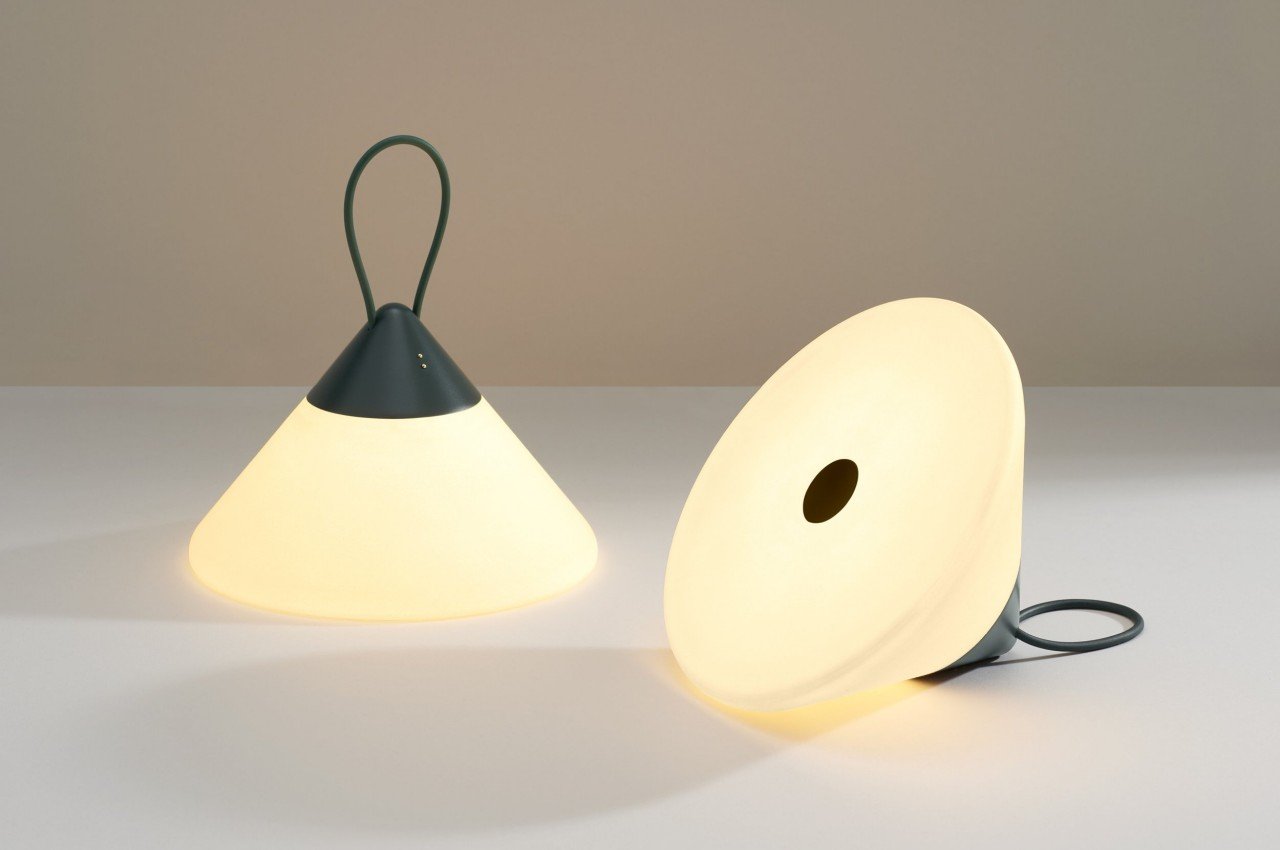 The lamp itself is also simple and minimal in its design. The majority of the cone uses a translucent material that diffuses the light that passes through it, but the tip of the cone is made from a different metallic material that houses the electronics. There’s a loop strap at that point as well, and this strap goes into the empty chamber inside the cylindrical charging base. The black circle at the top (or bottom) of the lamp is the on and off switch, which also functions as a four-level dimmer for the light’s intensity. 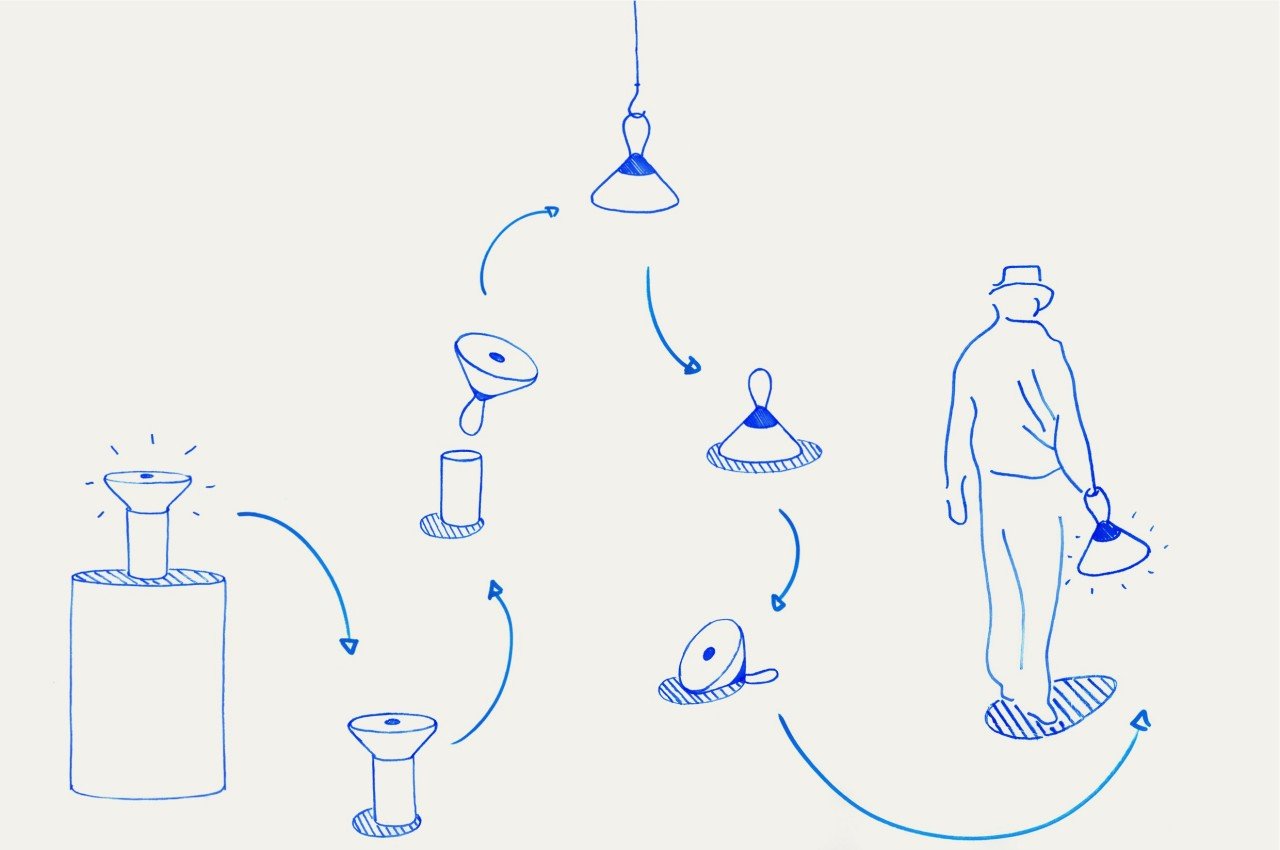 The idea for the Mikono is that it’s a table lamp most of the time but can easily be a handheld lamp when you need it. You simply separate the two parts and carry the lamp using the strap. Alternatively, you can also hang the lamp off some hook, turning it into a makeshift pendant lamp. This makes Mikono useful not just indoors but especially outdoors, where it can serve as your all-in-one light source for camping and exploring. 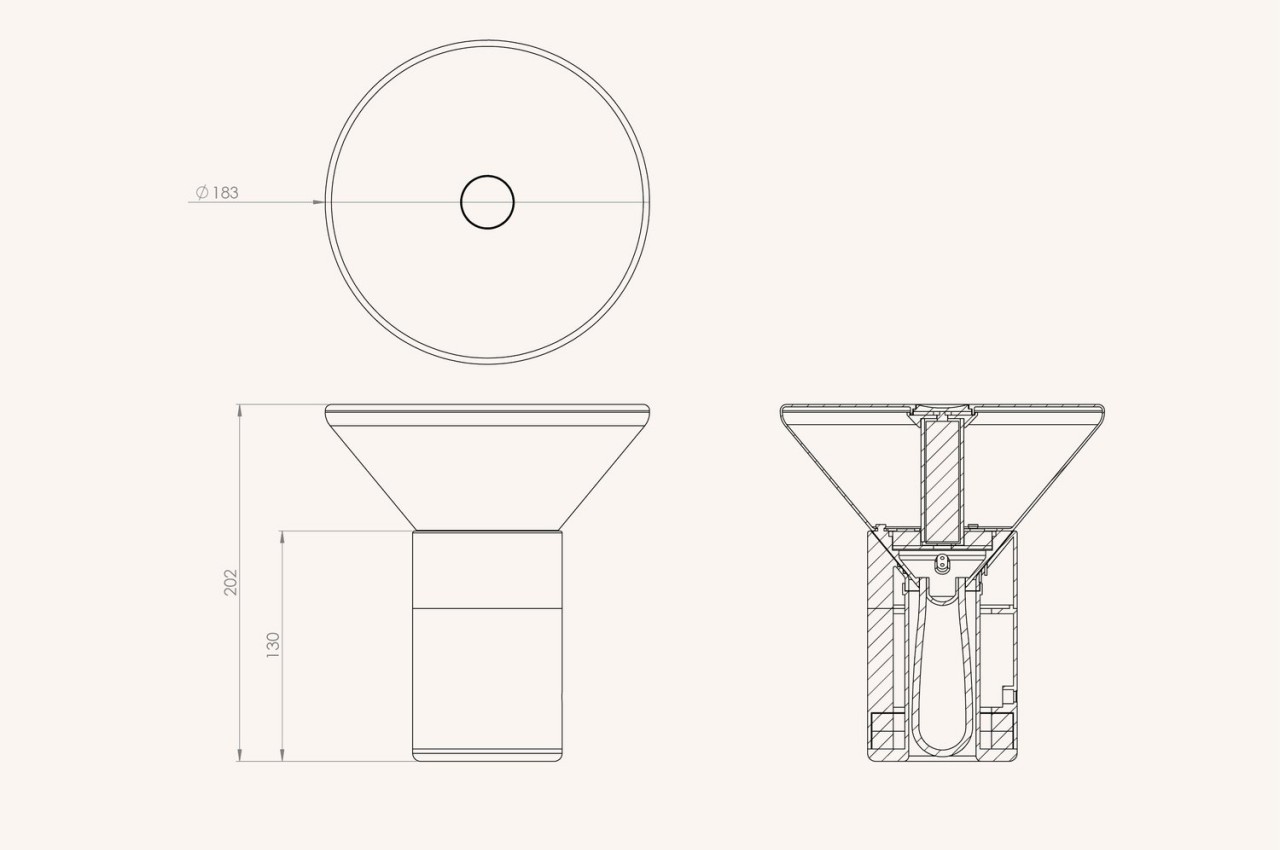 One rather interesting detail about the lamp is that it is designed for longevity right from the start. Unlike typical rechargeable lights, Mikono is designed in a way that makes it easy to replace the battery when it becomes defective or dies out. That might not be the same for the five high-power LEDs that light up the lamp, though, which should probably be the next iteration of this modular lamp’s design. 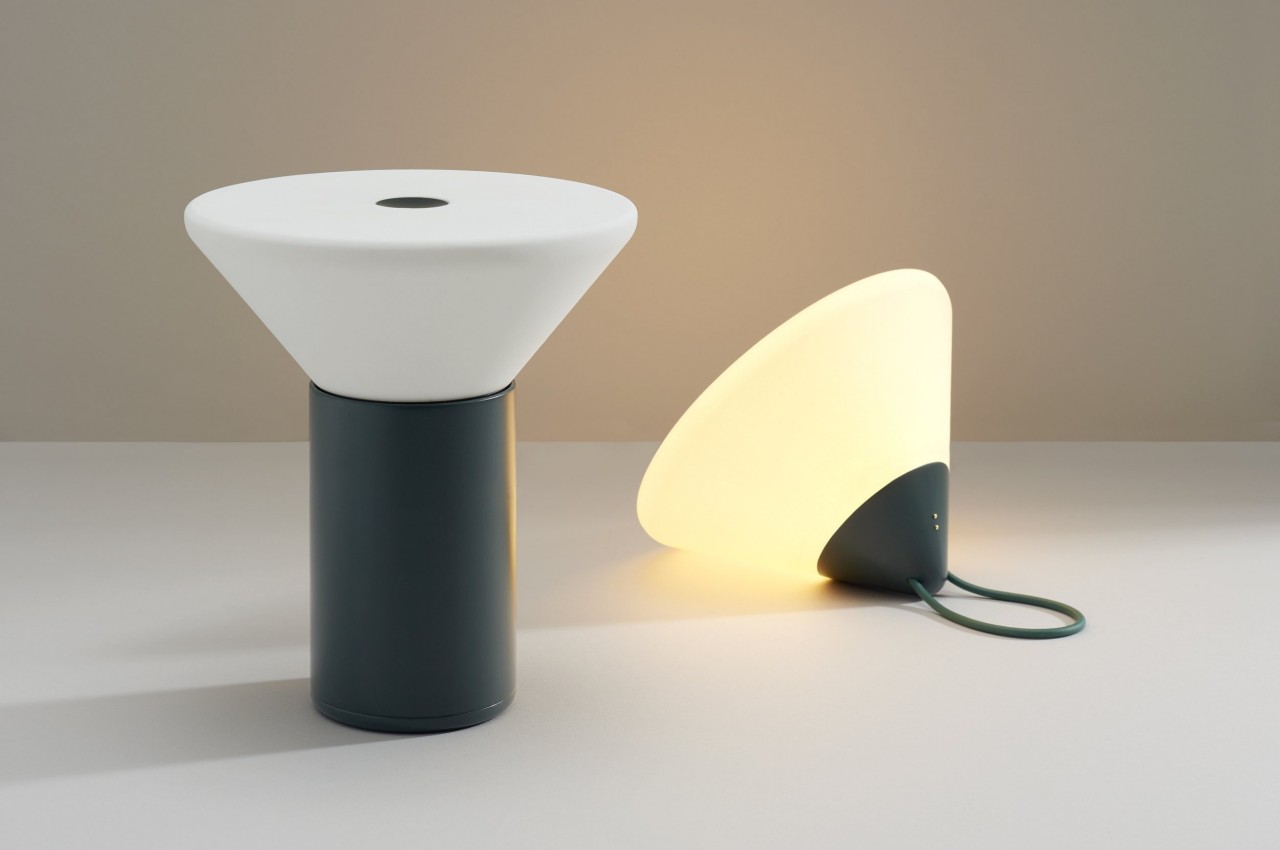 Our civilization now relies heavily on all sorts of computers, but these products are sadly also killing of our planet in the process. From their…

Currently, the Apple Watch is the most popular watch globally, and this honestly doesn’t come as much of a surprise when you consider the number…

Hold’em Down, Light’em Up

USB thumb drives are everywhere. Many people have more than one and they’re easy to lose because of their small size. The Candle Holdem comes…

Mountain Dew Supernova in the Sky

The ReGlow lamp from Shelley Spicuzza likes to recycle, but skips a lot of steps in between.  By screwing in empty, unlabeled plastic drink bottles…