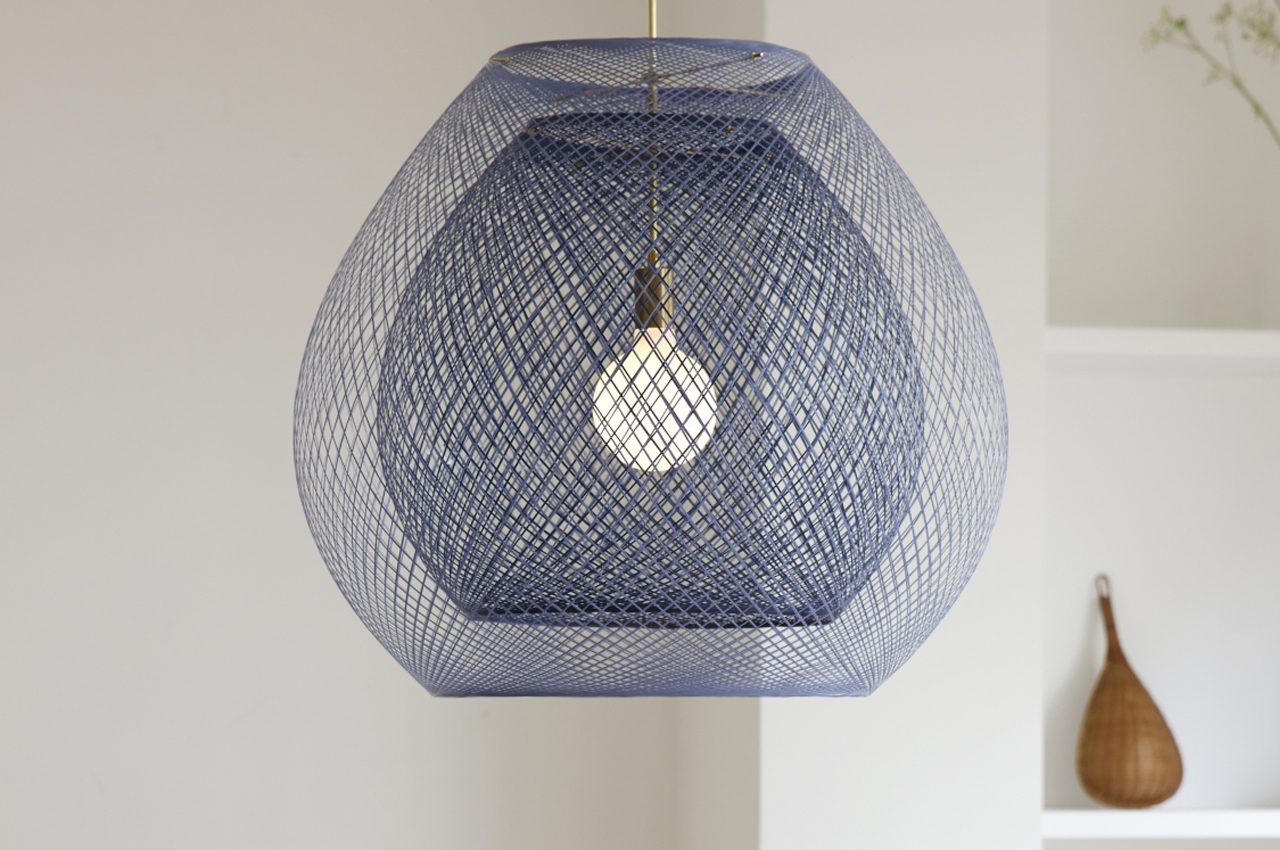 There almost seems to be a bias towards dawn as that mystical part of the day that inspires creativity or invigorates the mind and the body. In terms of visual stimulation, though, it is twilight that captures the imagination, provokes flights of fantasy, and maybe even evokes a sense of fear of the unknown. Those few minutes when day gives way to night or night to day often paint the sky with colors that seem to blend two different worlds in a magical and sometimes eerie way. That’s the play of light and colors that this lamp tries to capture using a deceptively simple design that belies the intricate details of its construction. 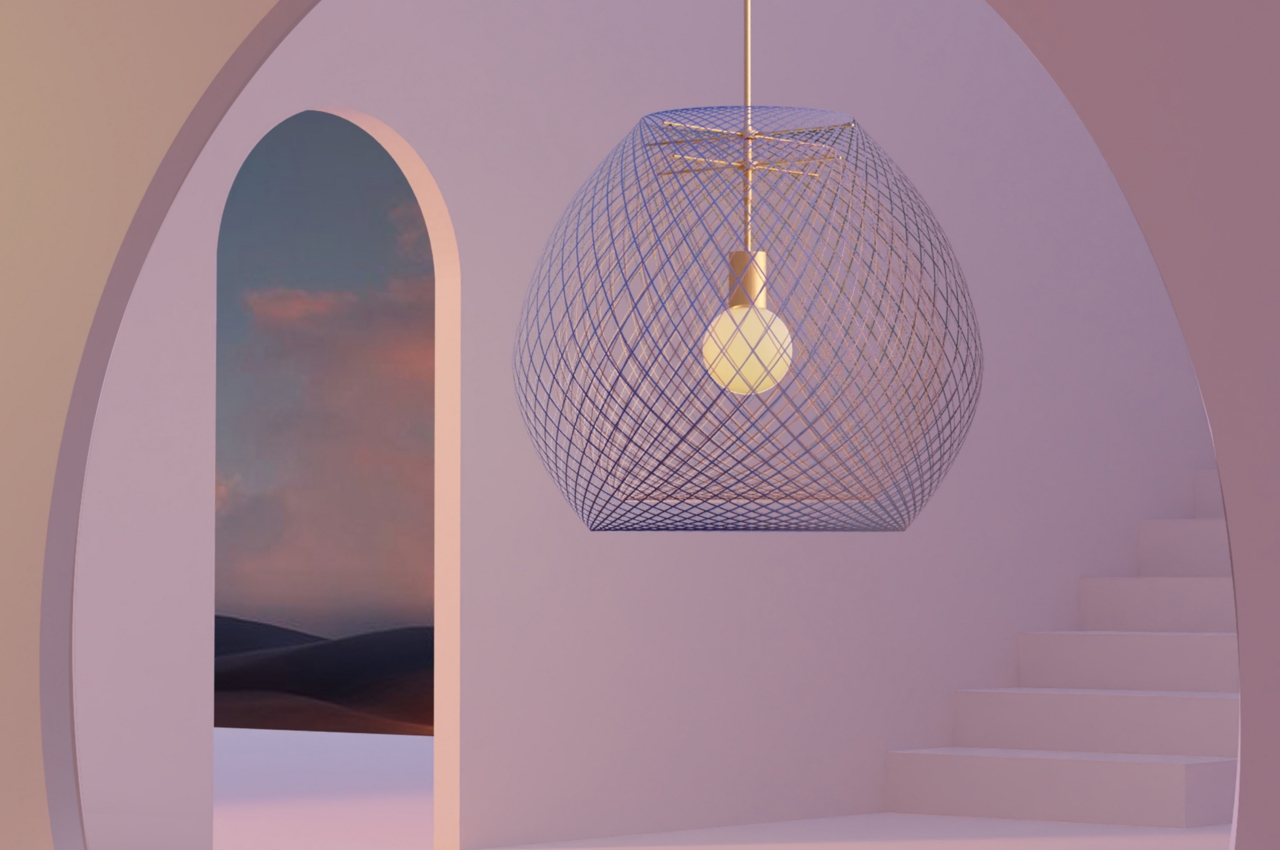 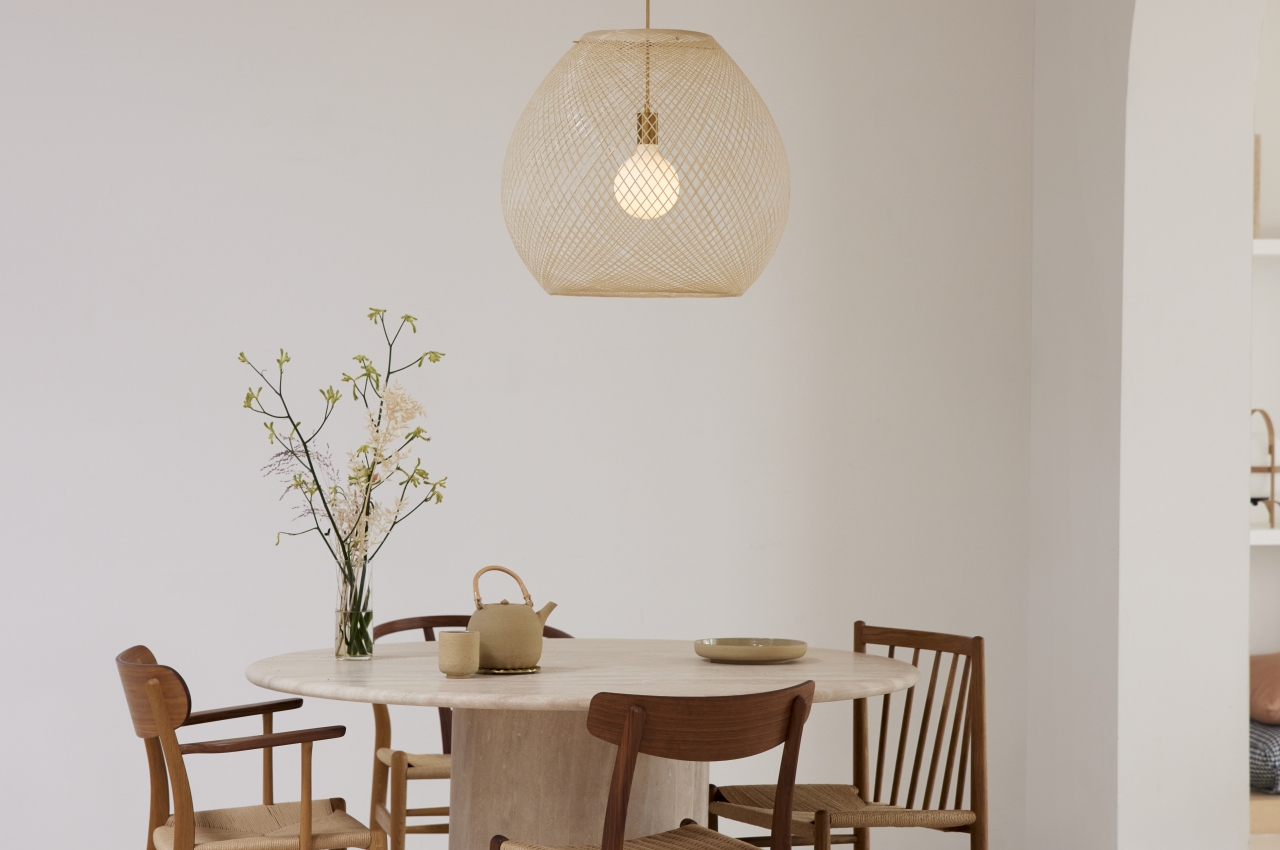 There’s something almost magical in the way that nature paints the sky with colors, something that we humans can attempt to reproduce imperfectly with paints and computers. The way light breaks into two or three hues that blend almost perfectly across the twilight sky is always a breathtaking sight. Of course, a perfect twilight scene doesn’t always happen, so this lamp tries to bring that feeling of enchantment indoors so you can enjoy it 24/7. 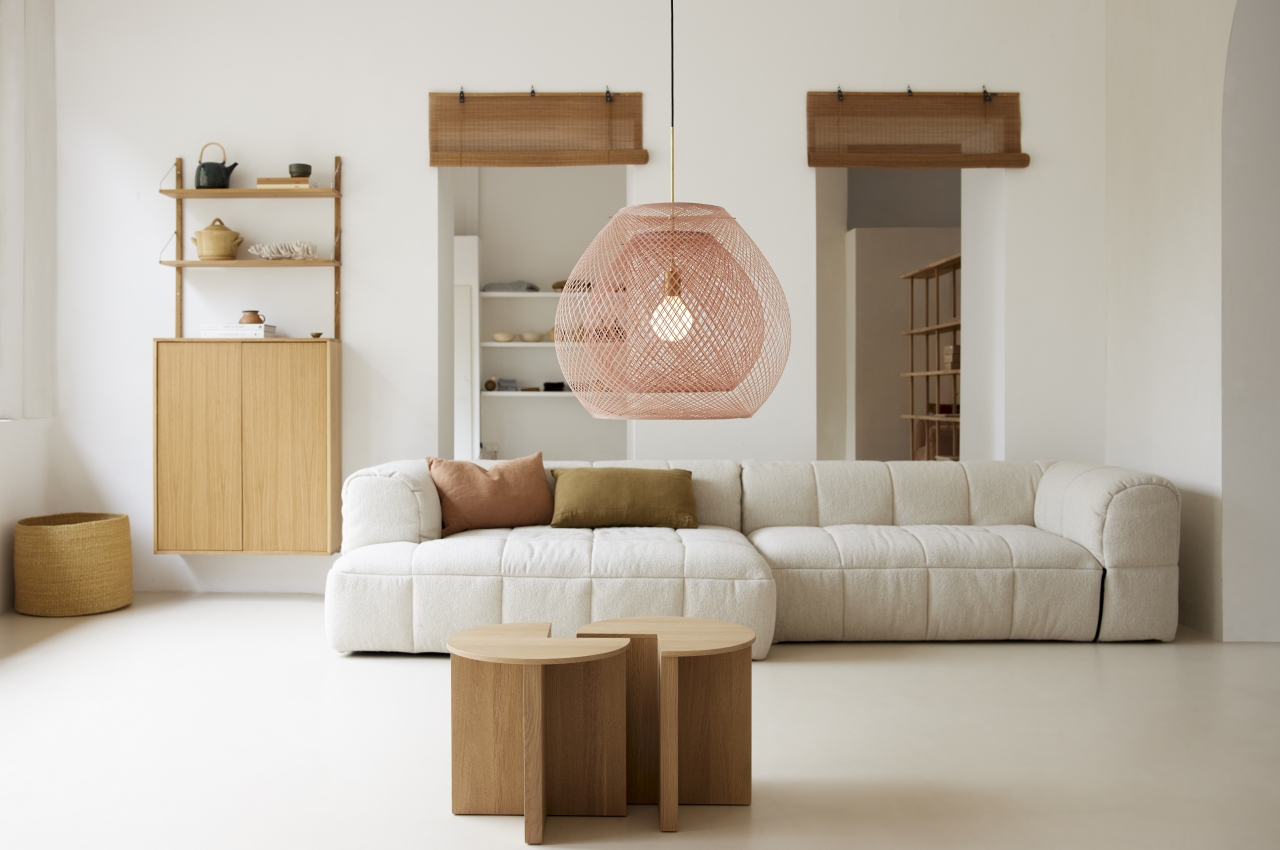 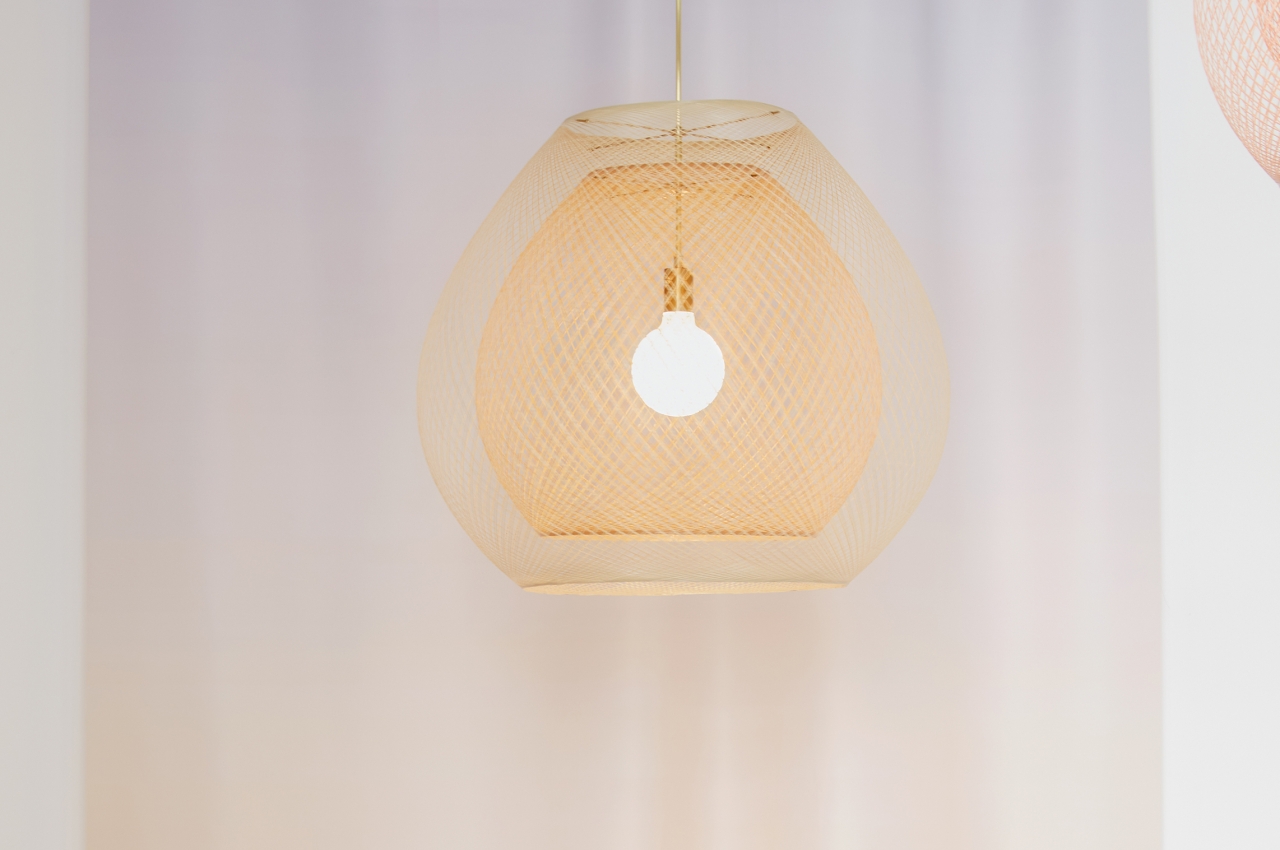 The light from the lamp itself doesn’t exactly call to mind the setting or rising sun, but the way that illuminates the structure that encloses the bulb does. Two basket-like forms surround the light source, one larger than the other, creating a visual illusion of shapes and colors that blend into each other, just like the twilight sky. The net-like shapes that seem to float in the air have subtle hints of different twilight colors, like purples, blues, and oranges, allowing you to relive those magical hours anytime you glance at the Twilight lamp. 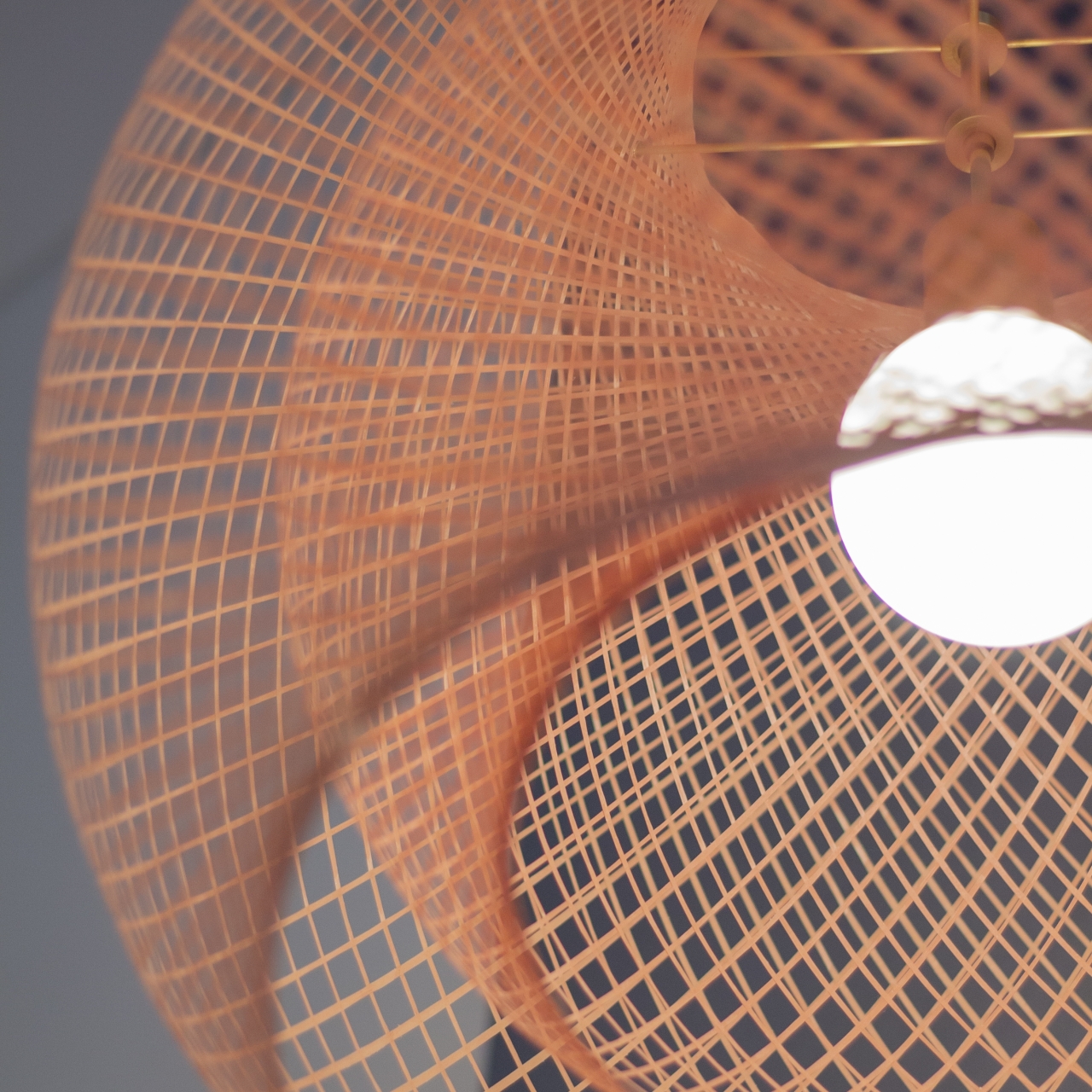 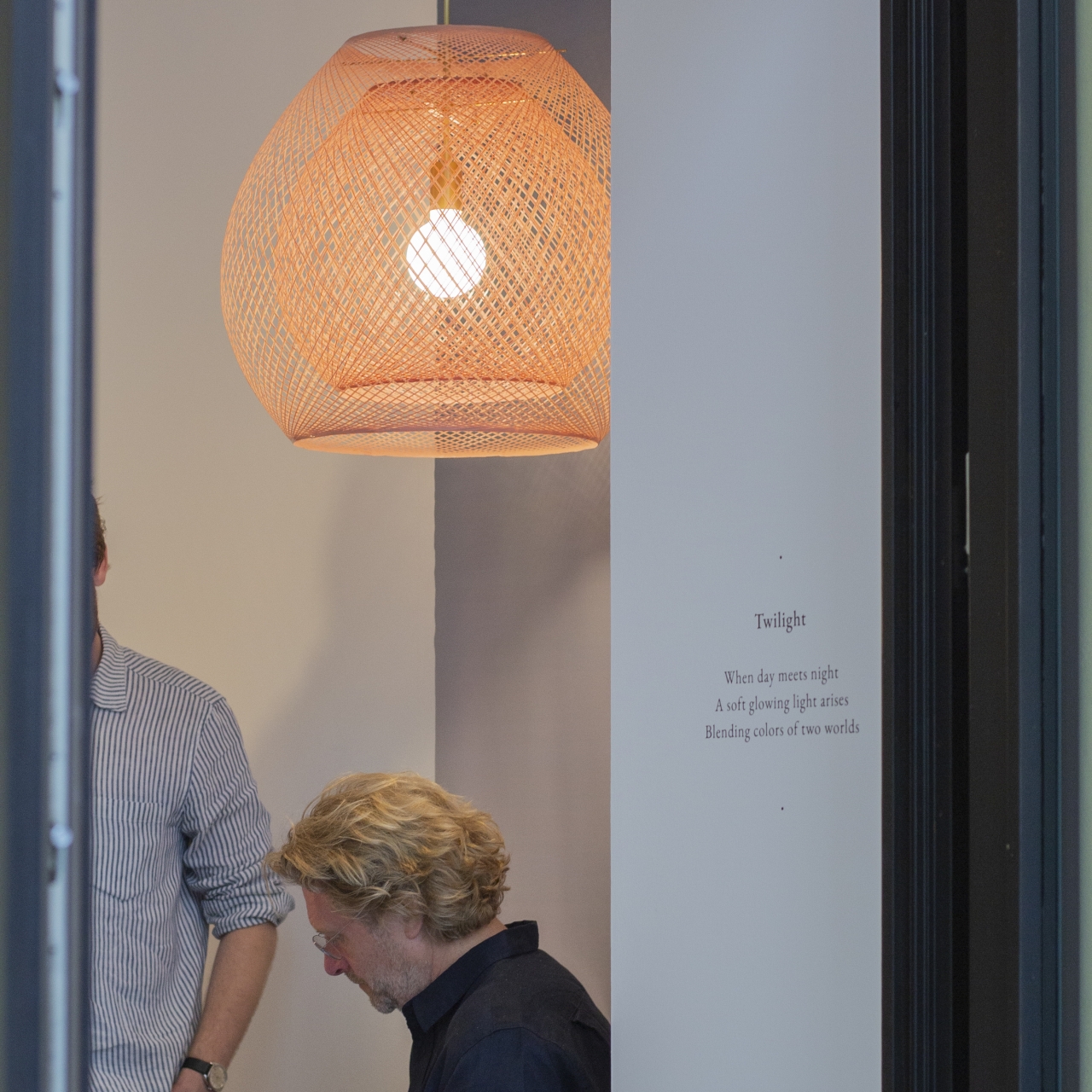 Beyond the play of light and colors, the lamp’s very construction is partly inspired by the heavens, particularly the designs and materials that we use to fly across it. The shape is formed using aerospace lightweight engineering principles, for example, and the mesh uses highly durable kevlar material. Despite looking fragile and flimsy, Twilight is strong yet lightweight in reality. There is also no excess in its design, with each of the two “bubbles” using the exact amount of lines needed to keep its curved shape, nothing more, nothing less. 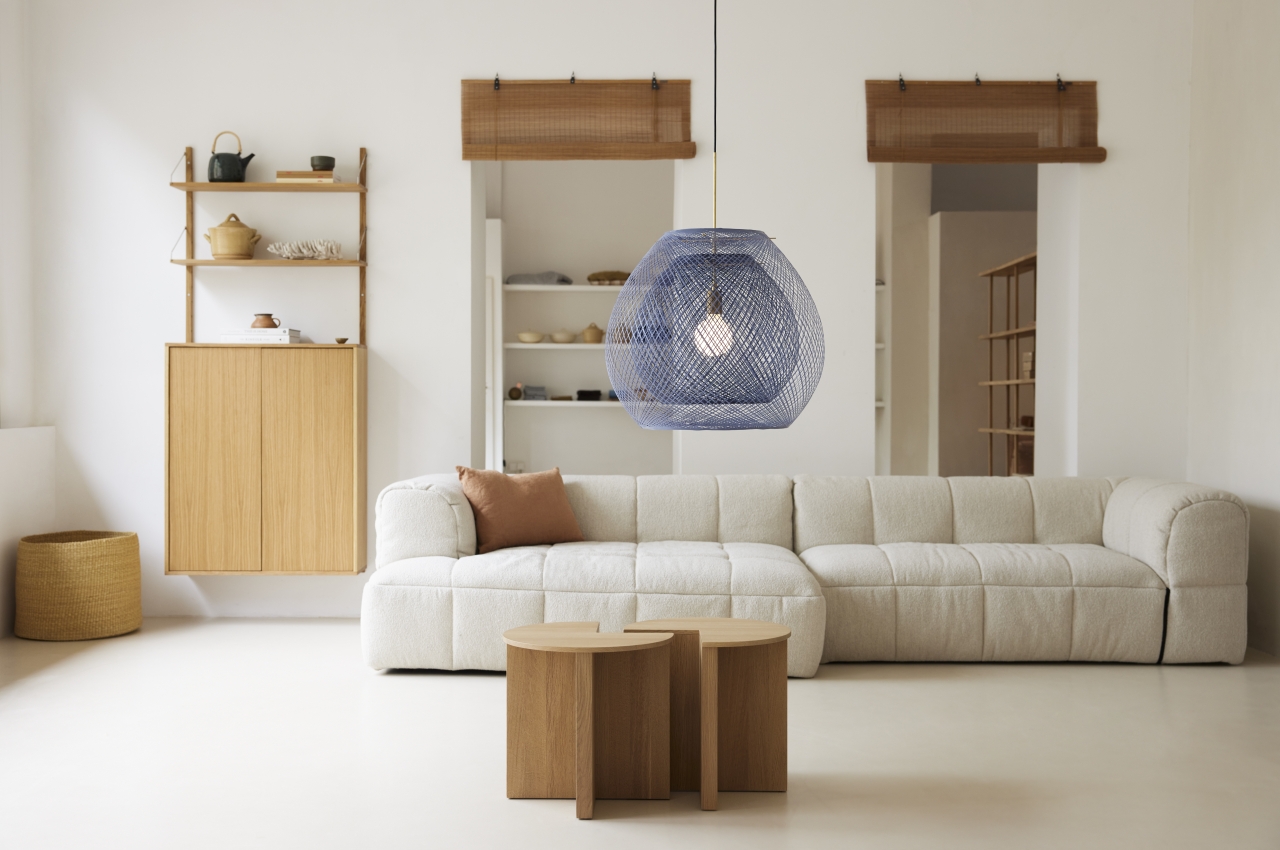 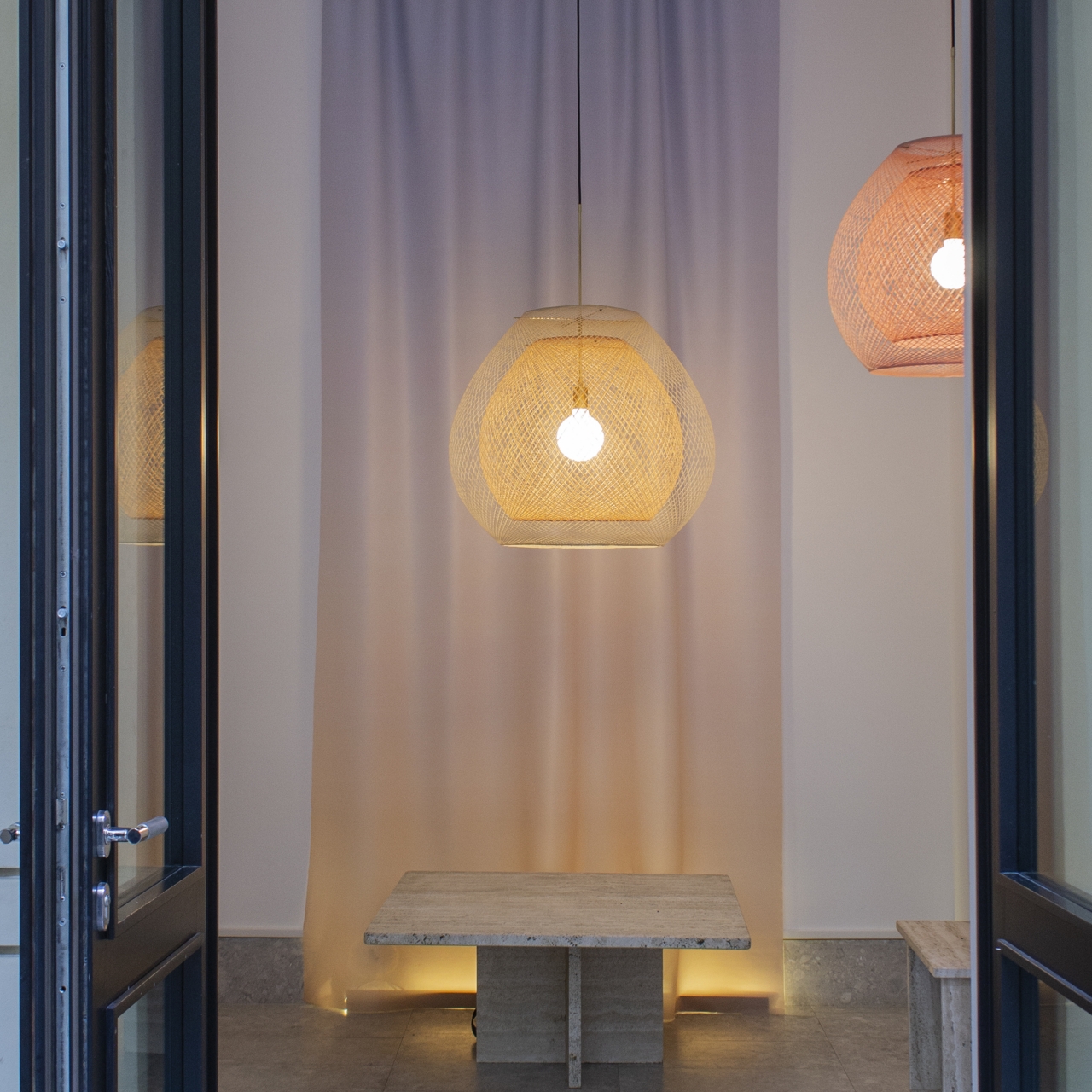 Just like the boutique’s UFO fiber pattern lamps, Twilight pays homage to the wonders of our skies. Using both colors and shapes, the lamp conveys the beautiful balance that the twilight sky brings, blending different colors and times together in a harmonious gradient. It’s as if two worlds blend into one during these mystical hours, light and darkness, day and night, warmth and cold. It’s a duality in nature that’s often difficult to express artificially, but the Twilight lamps offer a striking approximation that brings a bit of that magic into homes and interior spaces. 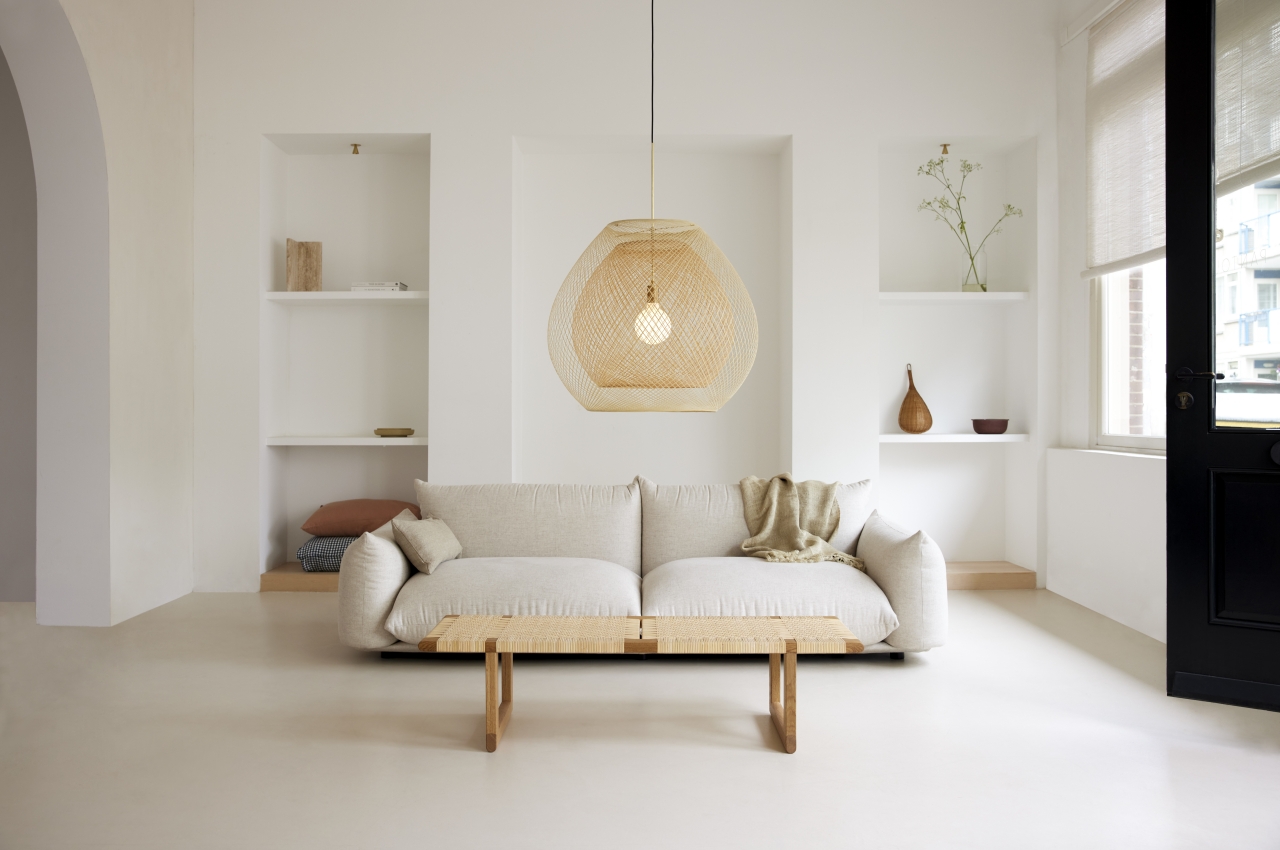 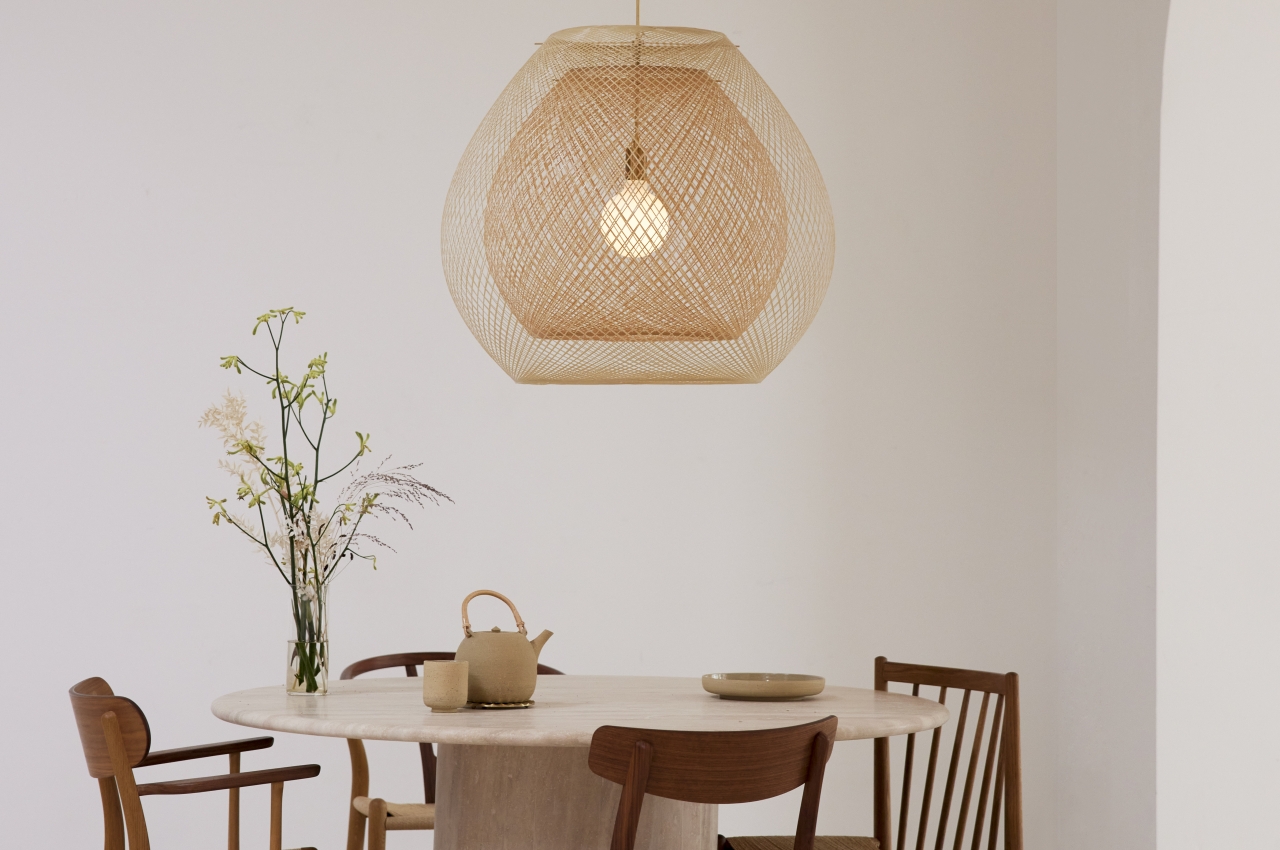 This self-sustaining plant ecosystem helps you light up your home

You love plants, plants love light, you love light, you’ll both love the Mygdal plantlight! It’s a revolutionary lighting solution not just because the luminaire…

Shade is a tool that allows you to control and sculpt shadows. To define new shadows in the room, you manipulate light through touching and stroking…

Here’s a neato way to combine nature with human technology. The Flower Filament only lights up if there’s a flower in it. Yes designer Ha-Na…