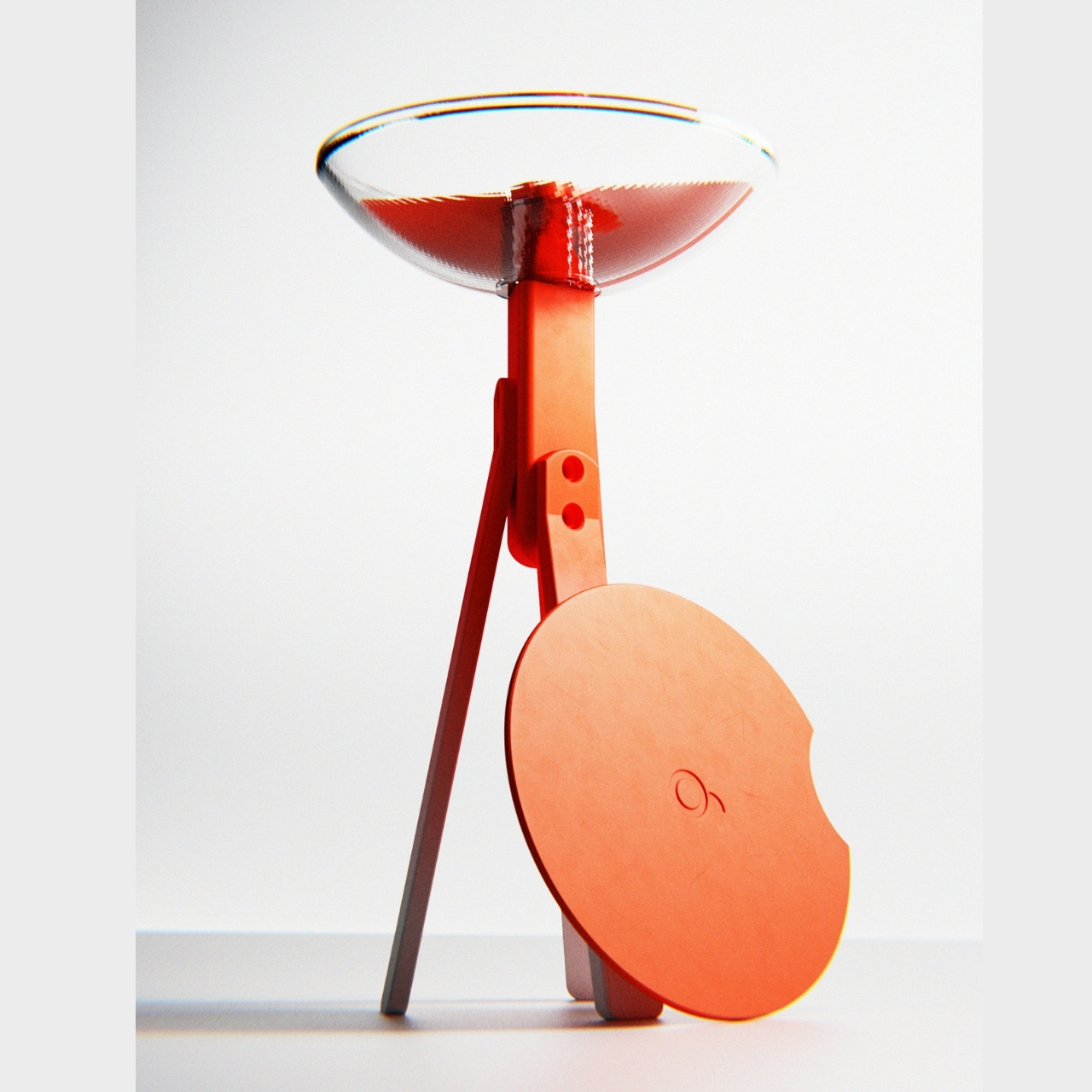 There are people who just want to have a chair to sit on while doing something, waiting for someone, or for resting. But there are also those who want to have decorative chairs in their homes, either to match their theme or to have some functional conversation pieces lying around. There are of course those that can be comfortably functional but also uniquely designed at the same time. Most of those that are highly decorative don’t have the comfort of the user as a priority though. This new design, inspired by fruit of all things, may be the latter but may also be the former if done right. 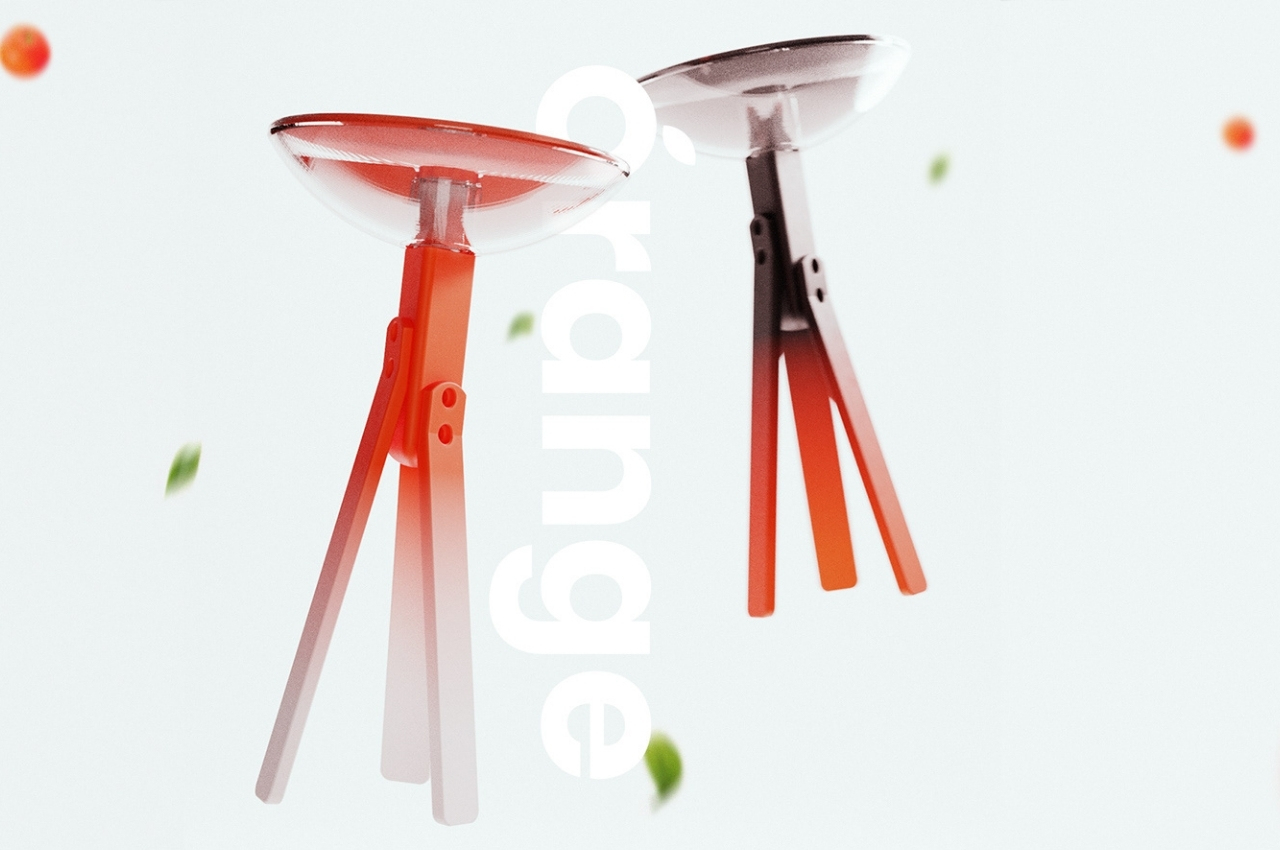 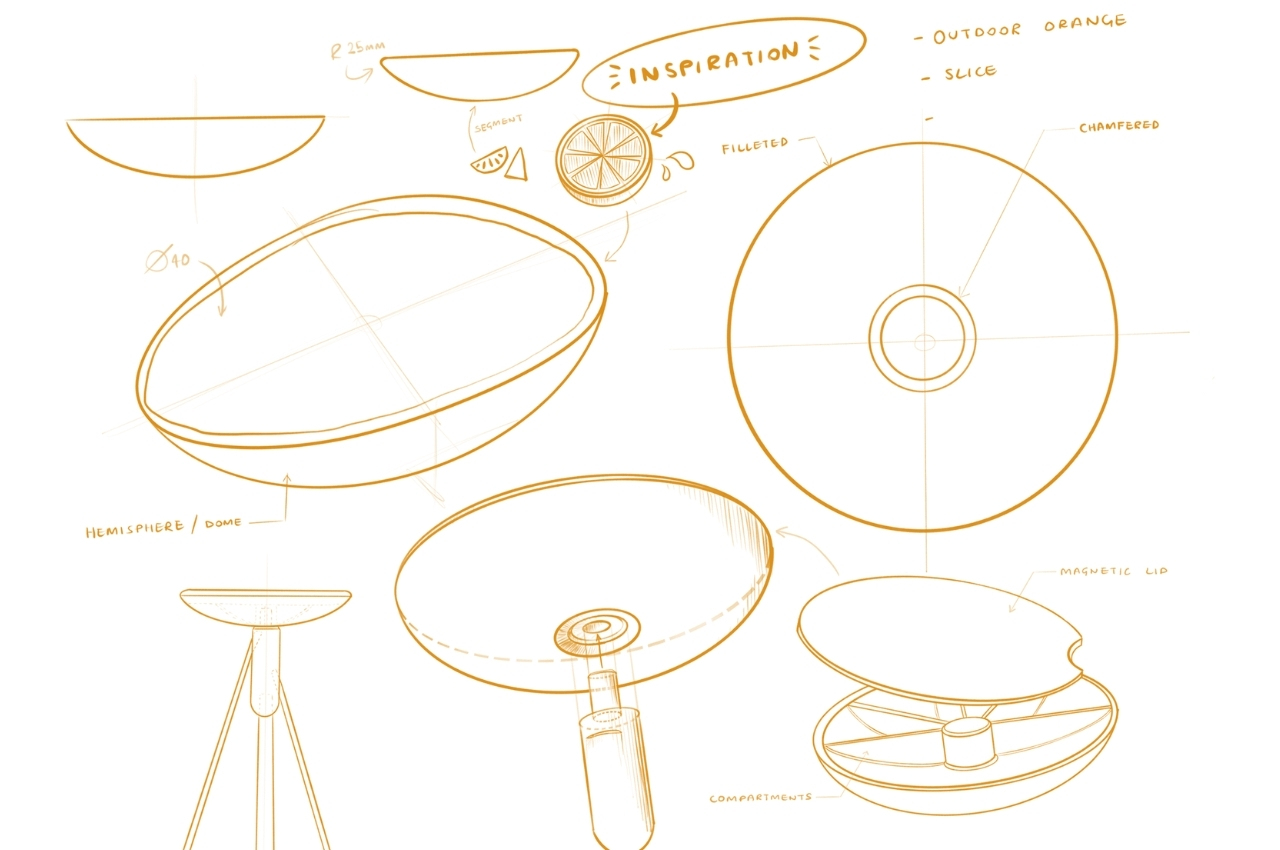 This new concept for a stool is inspired by a fruit and that’s where its name also comes from: Orange. The inspiration is not just in the color but even more so on how an orange actually looks. The seat itself is “filleted” like slices of the fruit and comes in a clear, dome hemisphere and also uses a chamfered edge or bevel. It has tripod-like legs as its base which is where the comfort concern comes in as most stools with three legs that I’ve encountered aren’t the most comfortable. 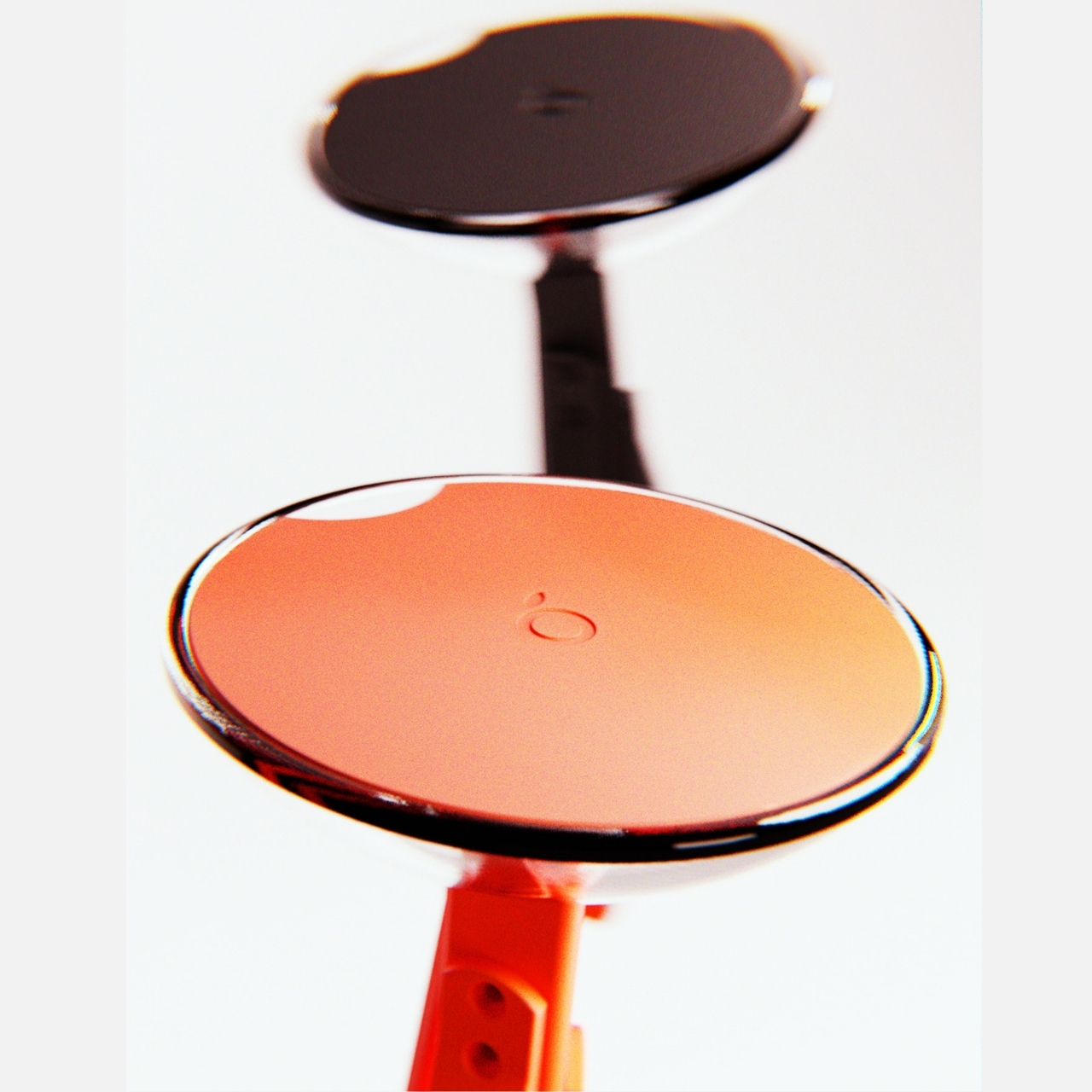 But when it comes to stools looking pretty, this design has it covered. It would look right at home in hipster bars or coffee shops or if your house or office has that kind of vibe, then it’s something that would look right at home. It is also designed to be easily assembled and disassembled and stored if not needed. There are only five parts that you need to figure out which include the dome, the compartments inside the seat, the magnetic lid, the tripod, and the system that holds it all together. 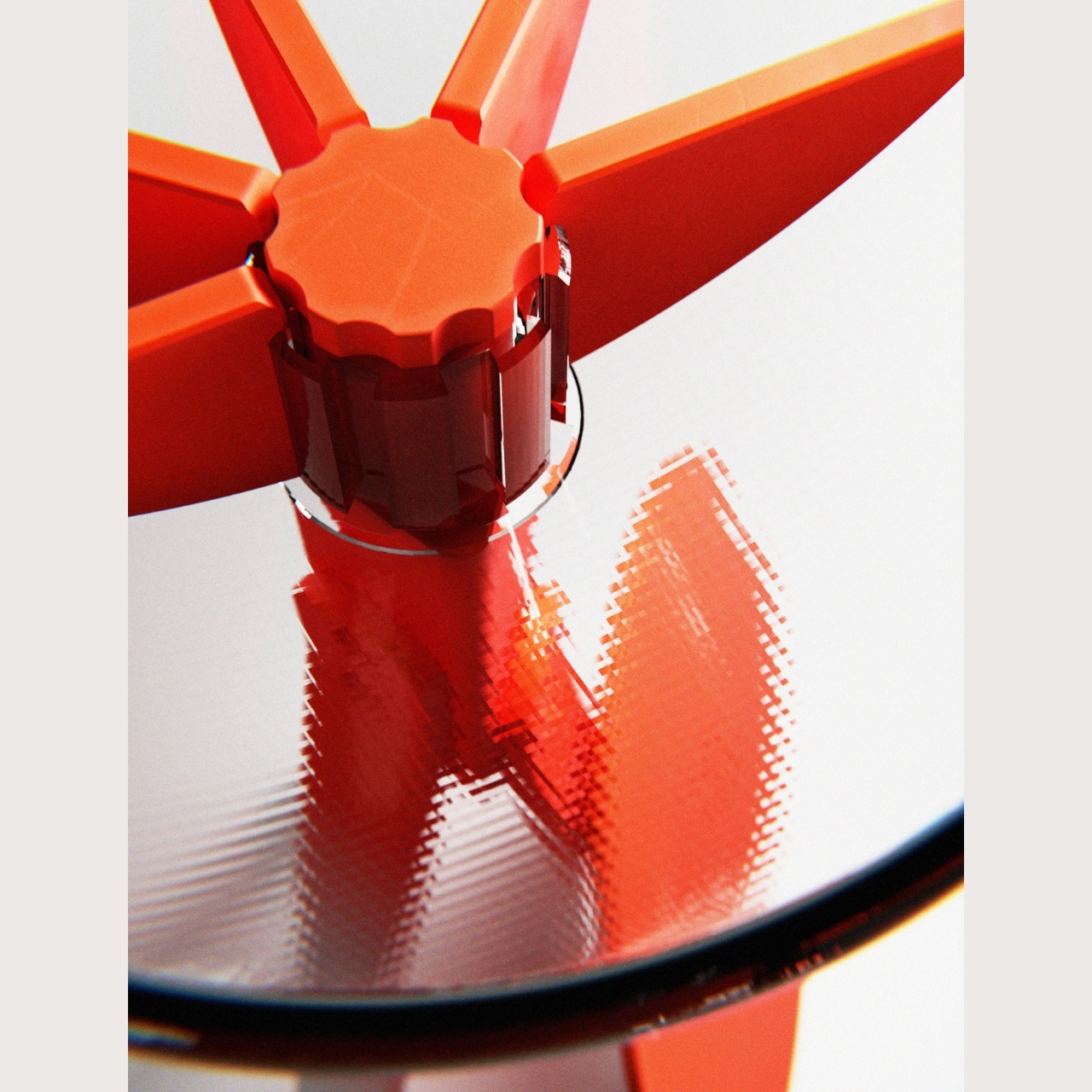 Still, the most important thing for a lot of people when it comes to chairs or stools is if it will be comfortable enough to use. We can’t really tell based on the product renders if it’s something that can be used for a few minutes or an hour or if it’s just something you sit on so you can experience sitting on an orange or take a picture of you sitting on a fruit-inspired stool. 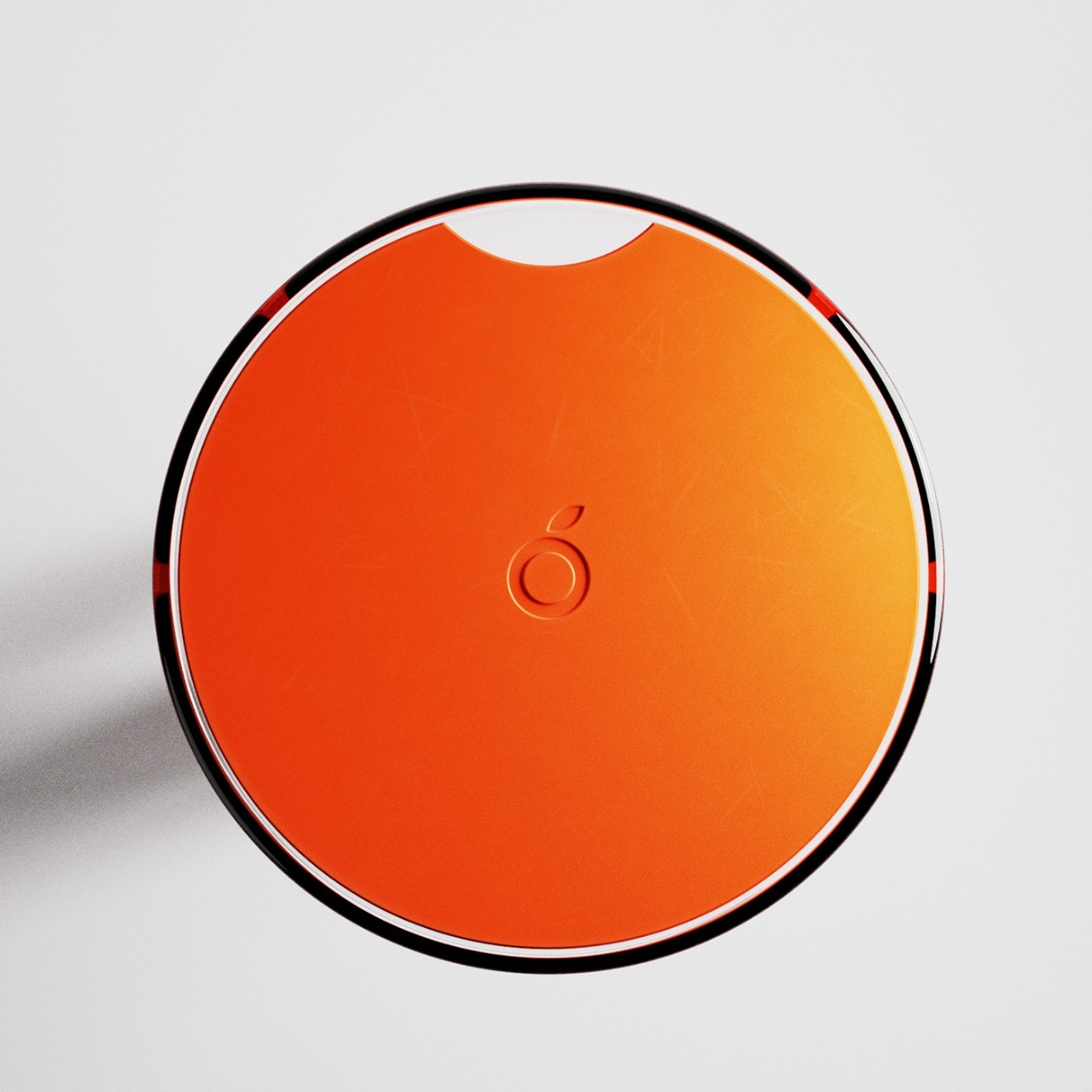 To keep production costs to a minimum, the Nort table is constructed from a single, planar kit derived from the same 1.5cm thick ash wood…

The Tina chair and bench merge age-old rattan craftsmanship with modern production methods in a design that is both innovative and traditional. In designer Benedetta…

Rackless is a minimalistic approach to the entryway key rack without any hooks, knobs or screws. A magnet hidden within a wood block holds your…

In the future, everything will be flat. Did you know? Everything will fold down into nothing. Also there will be no need for dust covers…