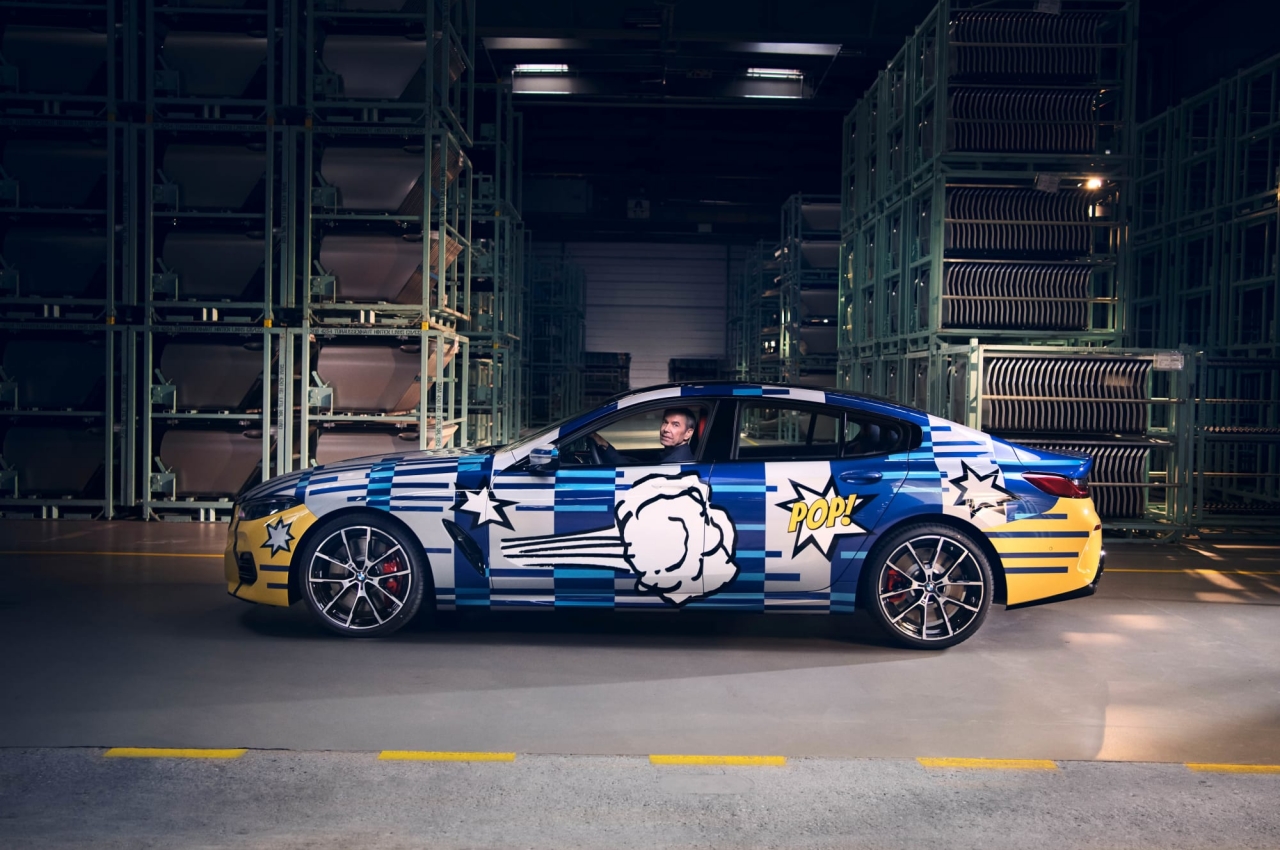 Some cars are designed to be speed demons, both in their engines as well as in their forms. Every part of a car, of course, is designed not just for looks but also for aerodynamics. That doesn’t mean you can’t find other ways to express that idea of speed in other ways, from colors to decals. And if you’re going to express speed with something that will really turn heads, you might as well do it in one of the most expressive media available: comic books. 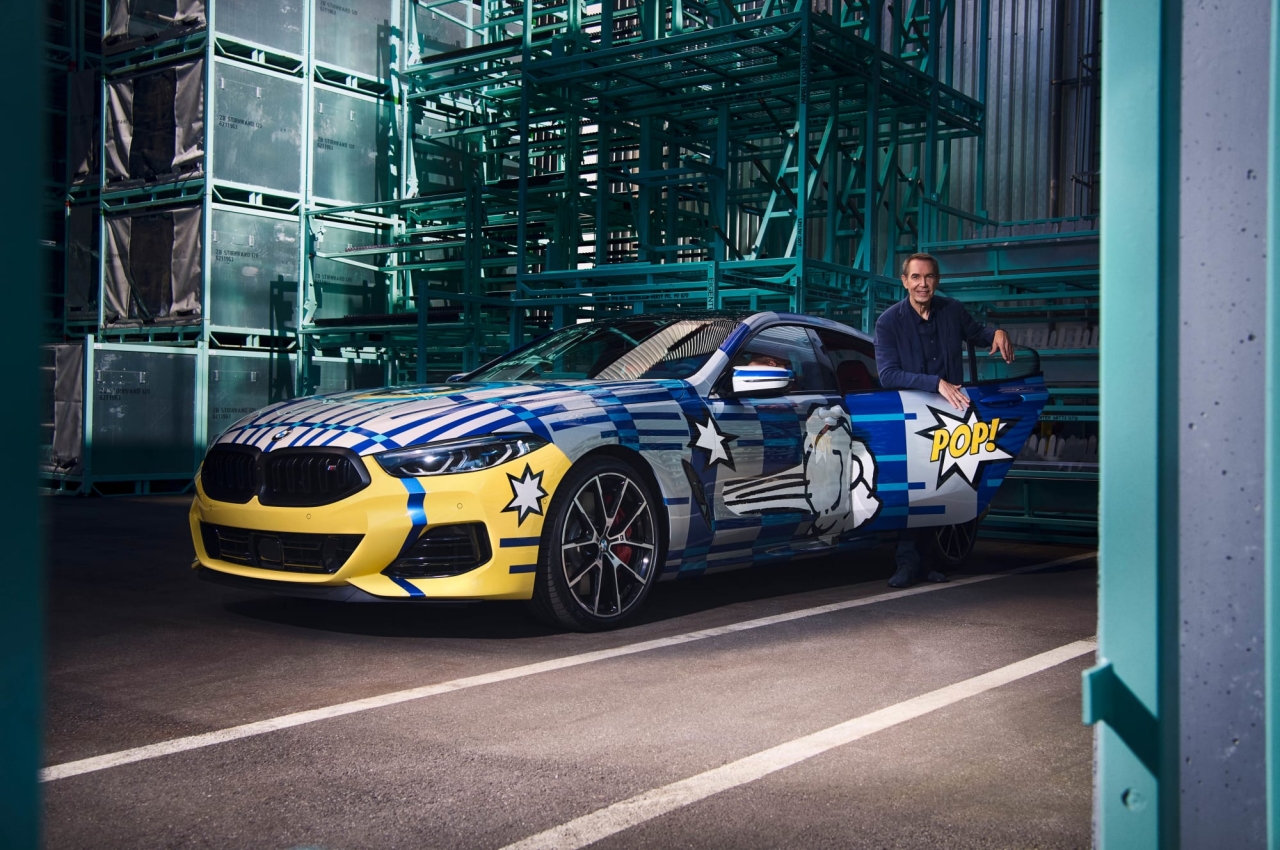 Comic books have experienced a renaissance period in the past decade or so, partly thanks to the almost maddening number of films and TV shows made around them during that period. While there will be many who will remain unfamiliar with the characters from Marvel’s and DC’s fictional universe, almost everyone is familiar with the sequential art of comics, or at least the visual idioms used in the medium. 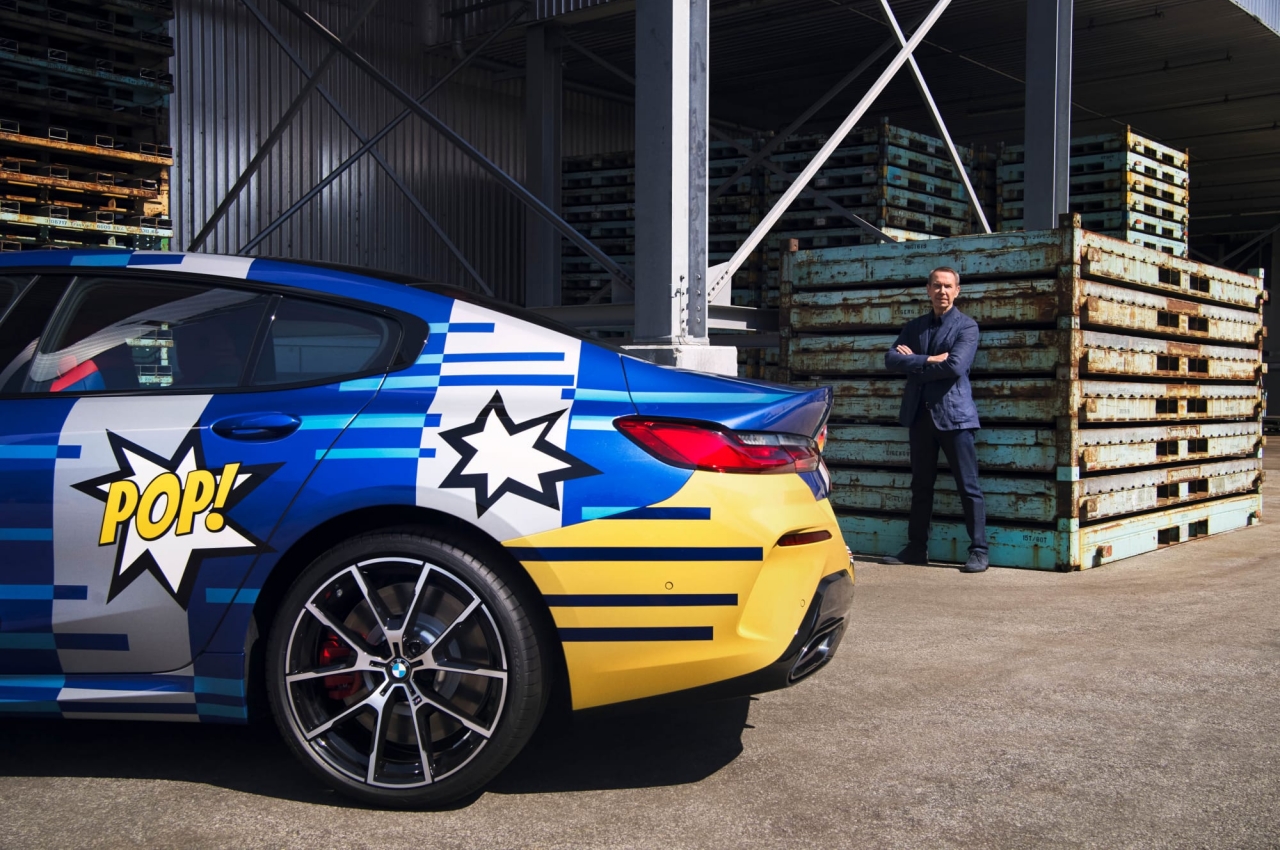 That familiarity and popularity is perhaps what inspired famed artist Jeff Koons’ to take a stab at mixing comics and cars to convey that idea of speed. Not that the 2023 BMW M850i Gran Coupe needs any help in sending that message, especially when it’s already burning rubber. This special collaboration, however, is almost just as over the top as popular comics are in getting the message across, combining specially chosen lines, colors, iconography, and even sound effects in words. 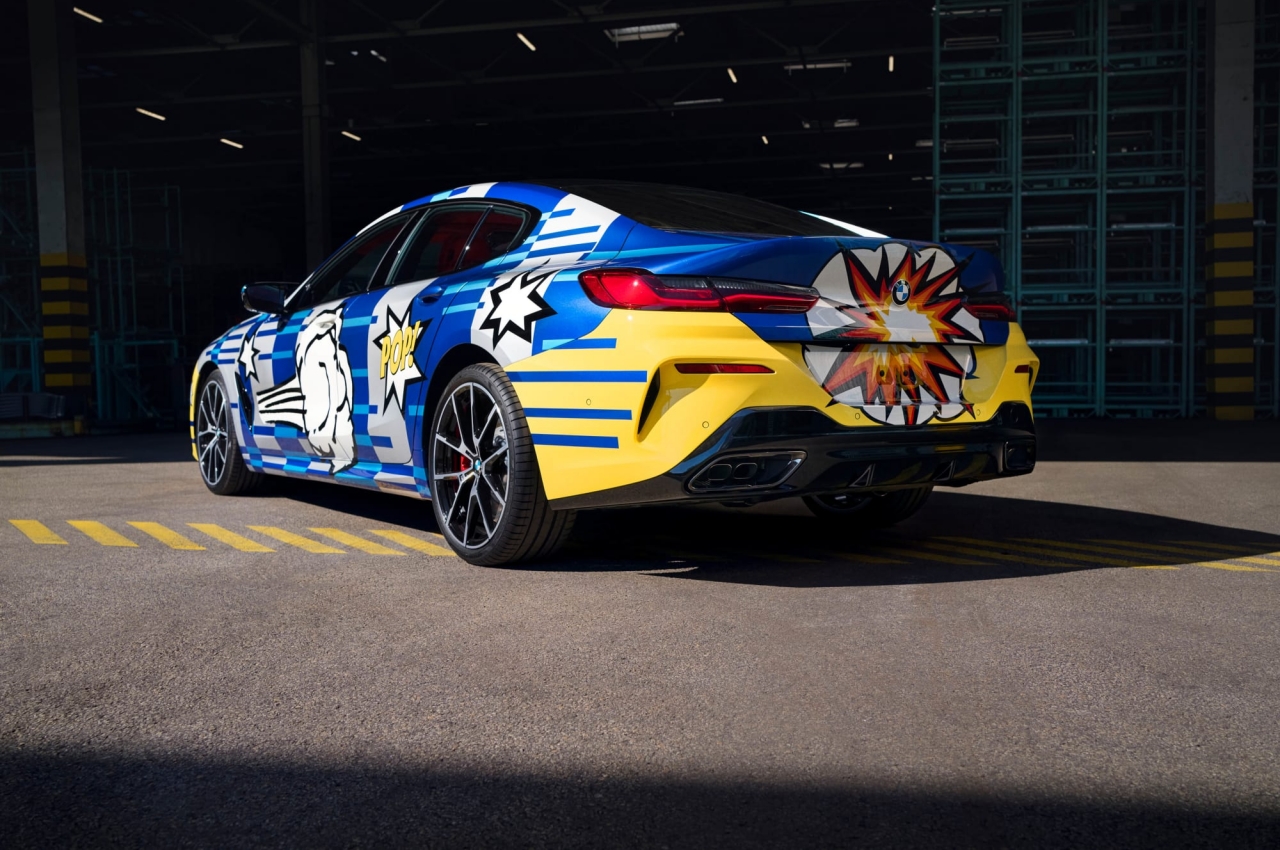 On the outside, you are treated to a sea of blue broken by patches of yellow on the front and back. Koons chose the color to give the impression of space where a speedster would be traveling at the speed of light, or something like that. The car’s sides are decorated with white bursts, a poof, and a loud POP!, common devices used in comics to denote an explosion of action and speed. And if that weren’t enough, the BMW 8’s trunk depicts a really big bang, almost reminiscent of the 60s Batmobile’s exhaust. 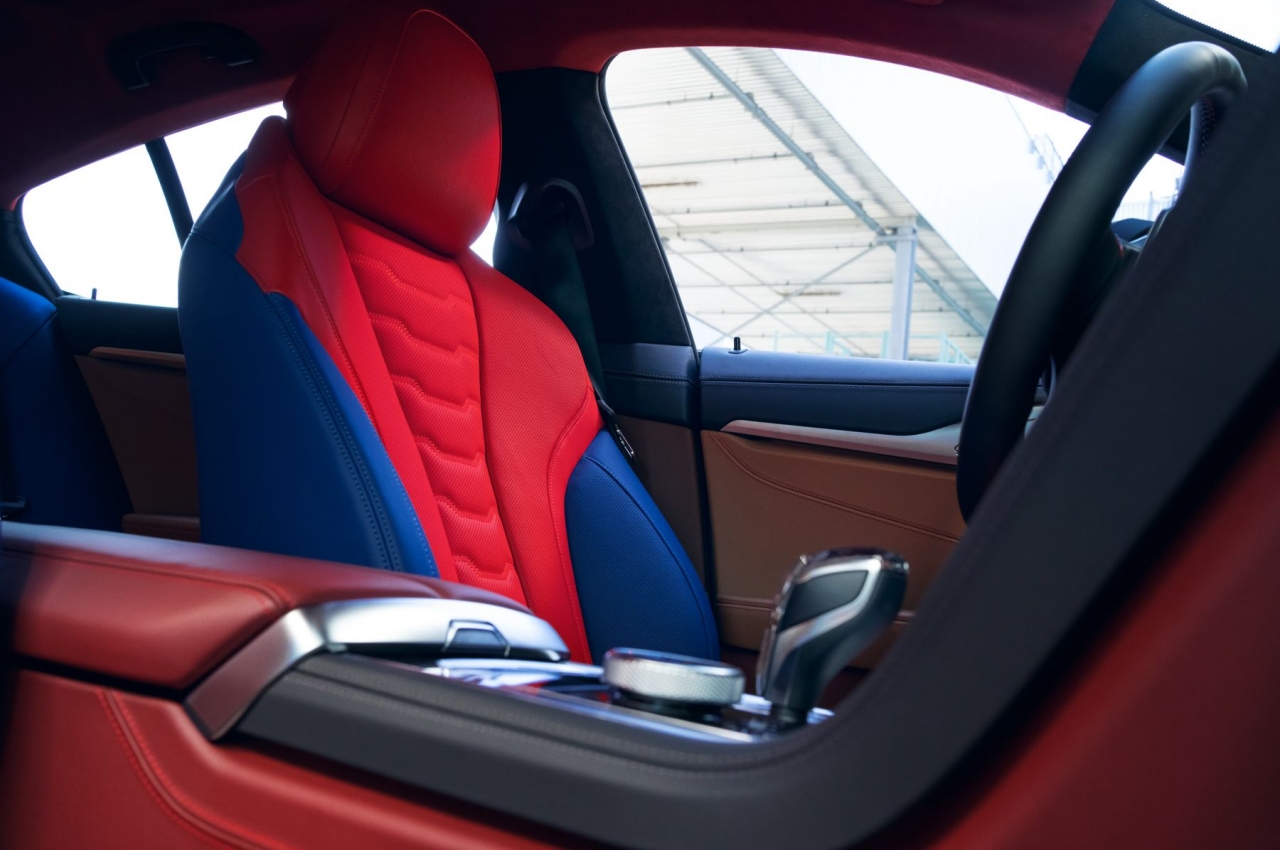 The interior colors contrast sharply with the ones outside and have a stronger superhero vibe. The alternating blue and red might immediately bring to mind those characters that embraced the same motif, from Superman to Spider-Man to Wonder Woman. Sitting inside might make you feel like such a superhero rolling into action, traveling at speeds most mortals can’t even experience. 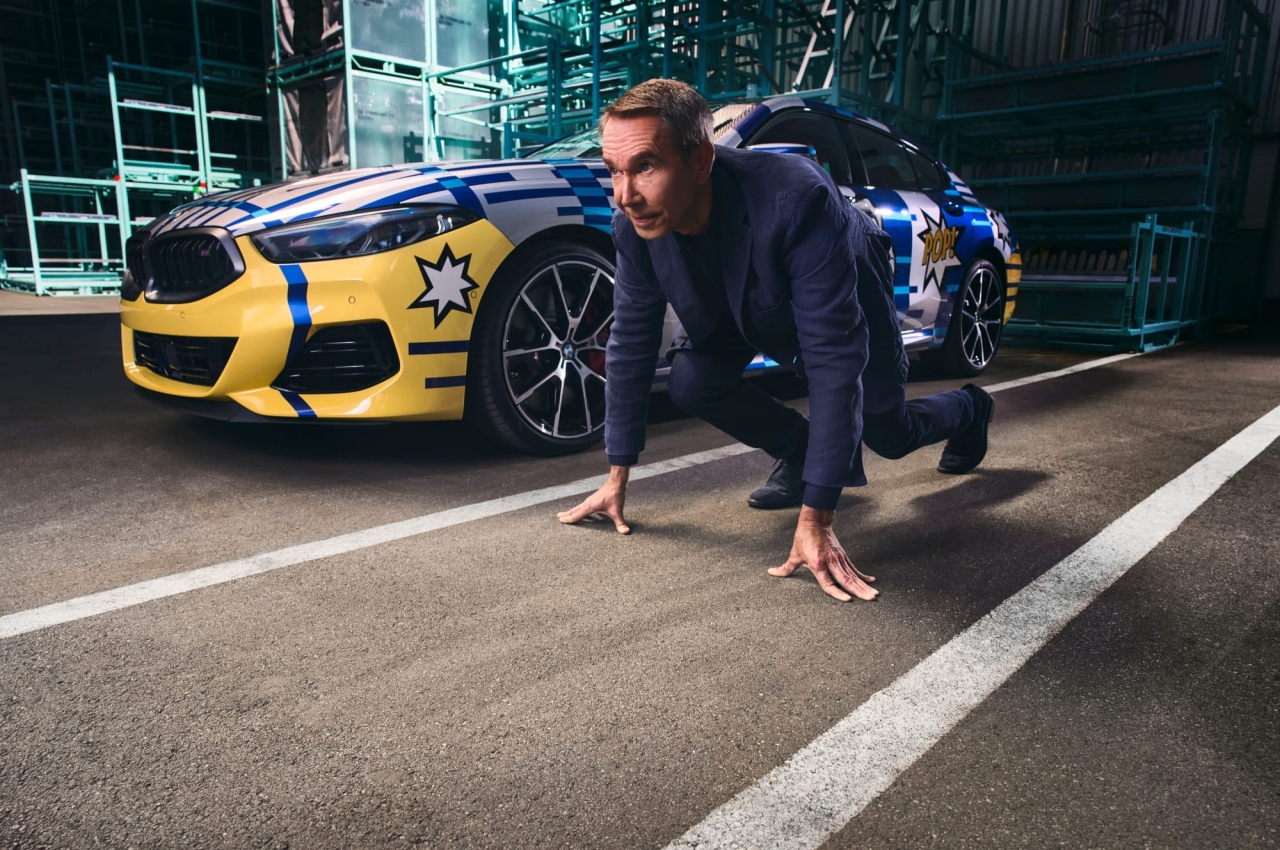 That said, most mortals probably won’t even be able to experience this 8 x Jeff Koons collab. Just like a limited edition comic book, this specially-designed comic book car will be “printed” only 99 times and will fetch a six-digit price tag when it finally rolls out. 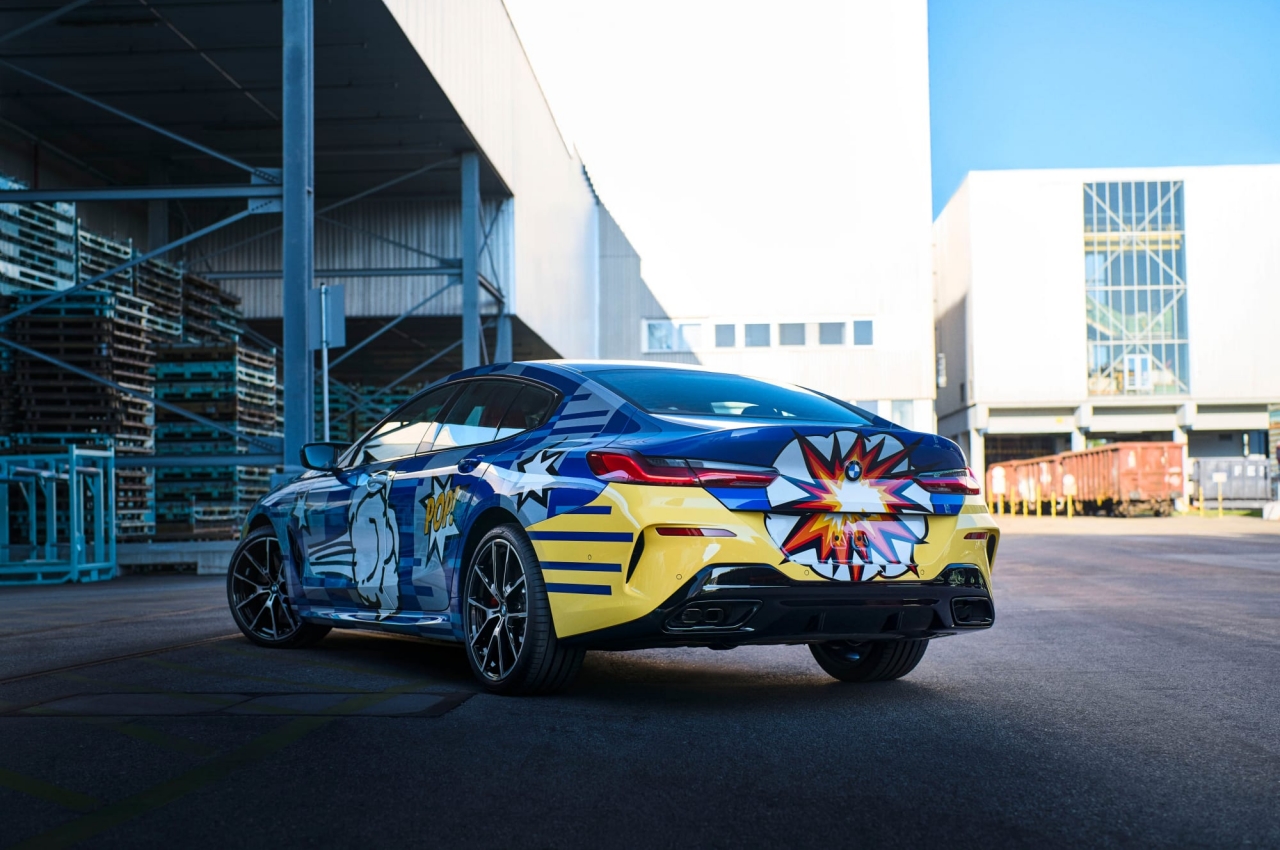 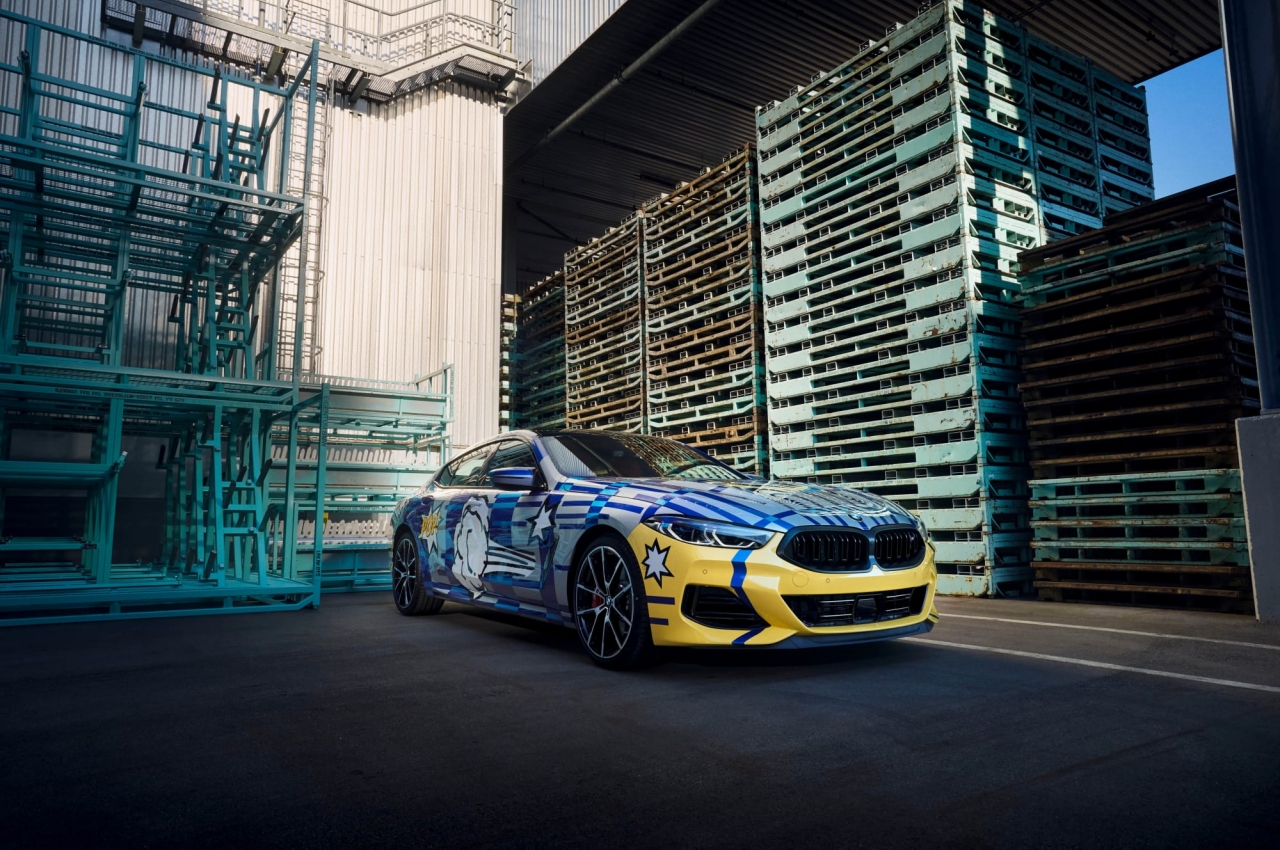 This uniquely colorful scooter comes with an ergonomic twist!

Scoot On Into Spring

From where I’m posting this post, it’s springtime. Springtime is in full effect. And you know what that means? It’s time to get scootin’. All…

Porsche’s sleek design language is the inspiration behind this futuristic work desk!

Desks help define our workspaces. Following the pandemic’s toll on working conditions, desks have become the way we express our modes of working at home….