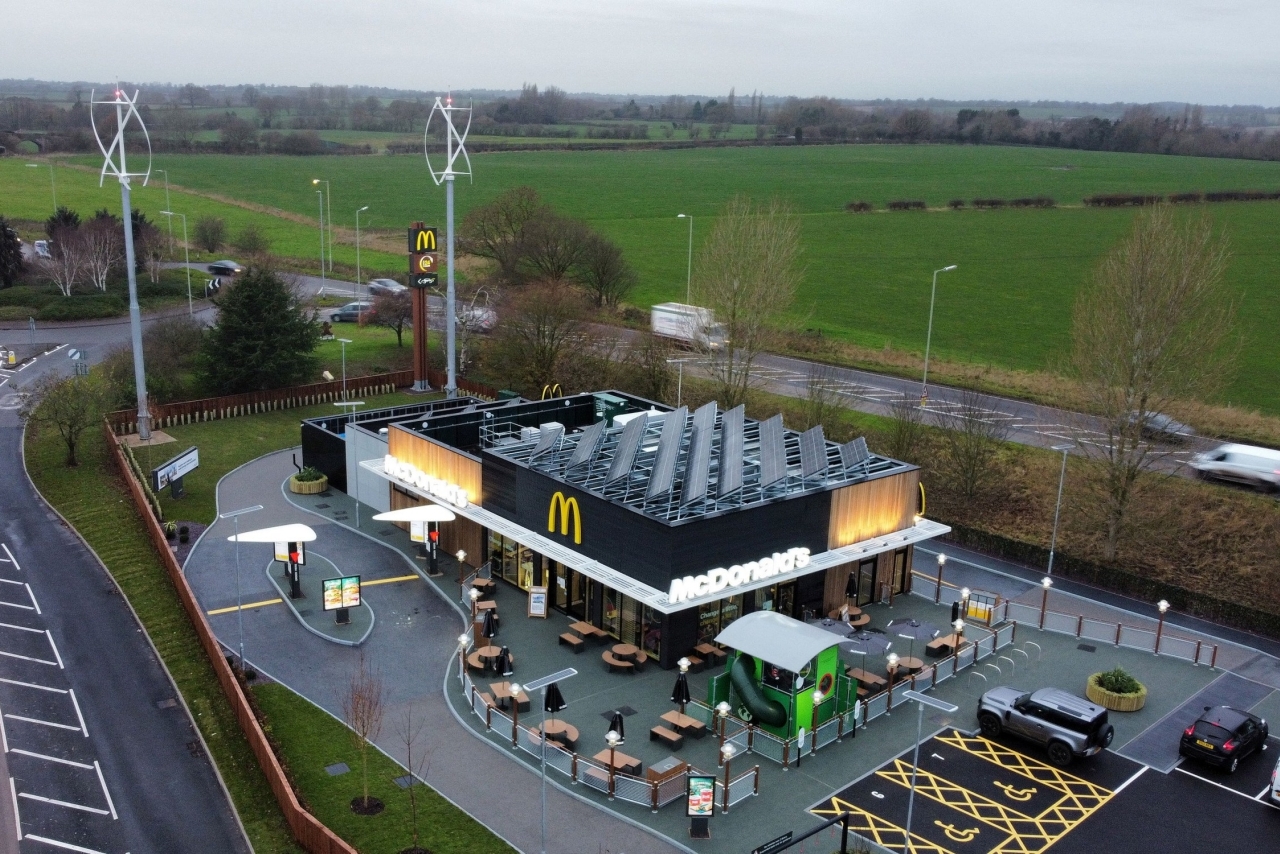 You might have guilty feelings when chowing down on that hamburger, but one McDonald’s restaurant in the UK might at least let you feel good about staying green while you’re there.

Fast-food and health are two words that never really got along well with one another, and it isn’t just about humans’ bodily health either. Sometimes worse than other restaurants because of their nature and their processes, fast-food chains have also become perilous to the health of the planet, particularly through their net carbon emissions. As one of the world’s biggest culprits, McDonald’s is trying to set an example and opened the first net-zero restaurant in the UK, though it still comes up short of being net-zero in the true sense of the word. 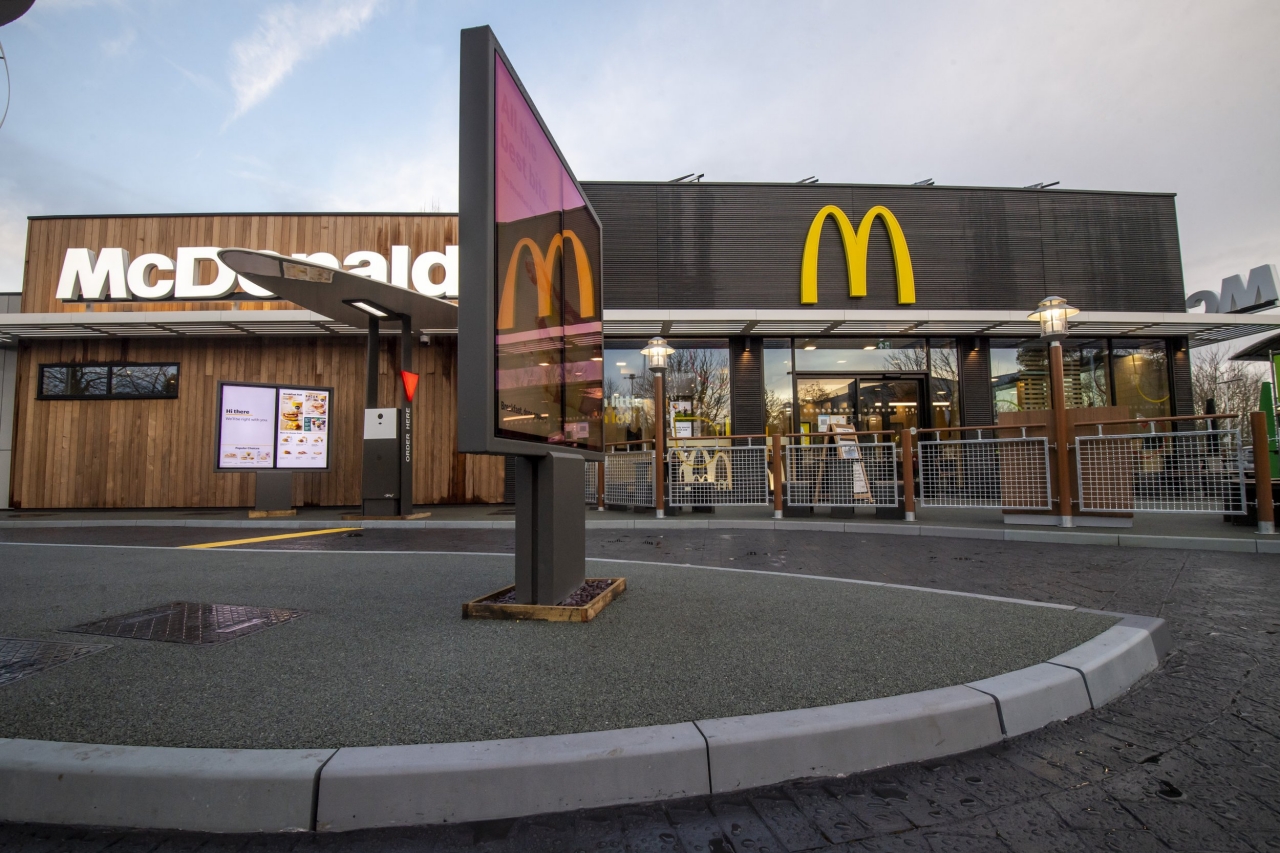 It’s no longer enough to just say that you’re using recycled materials for cups or utensils these days. Those are important first steps, of course, but not enough to earn you a “net-zero” badge for your building. For that, you’ll need to significantly reduce your carbon emissions in almost every aspect, including the construction, operation, and demolition of the establishment. 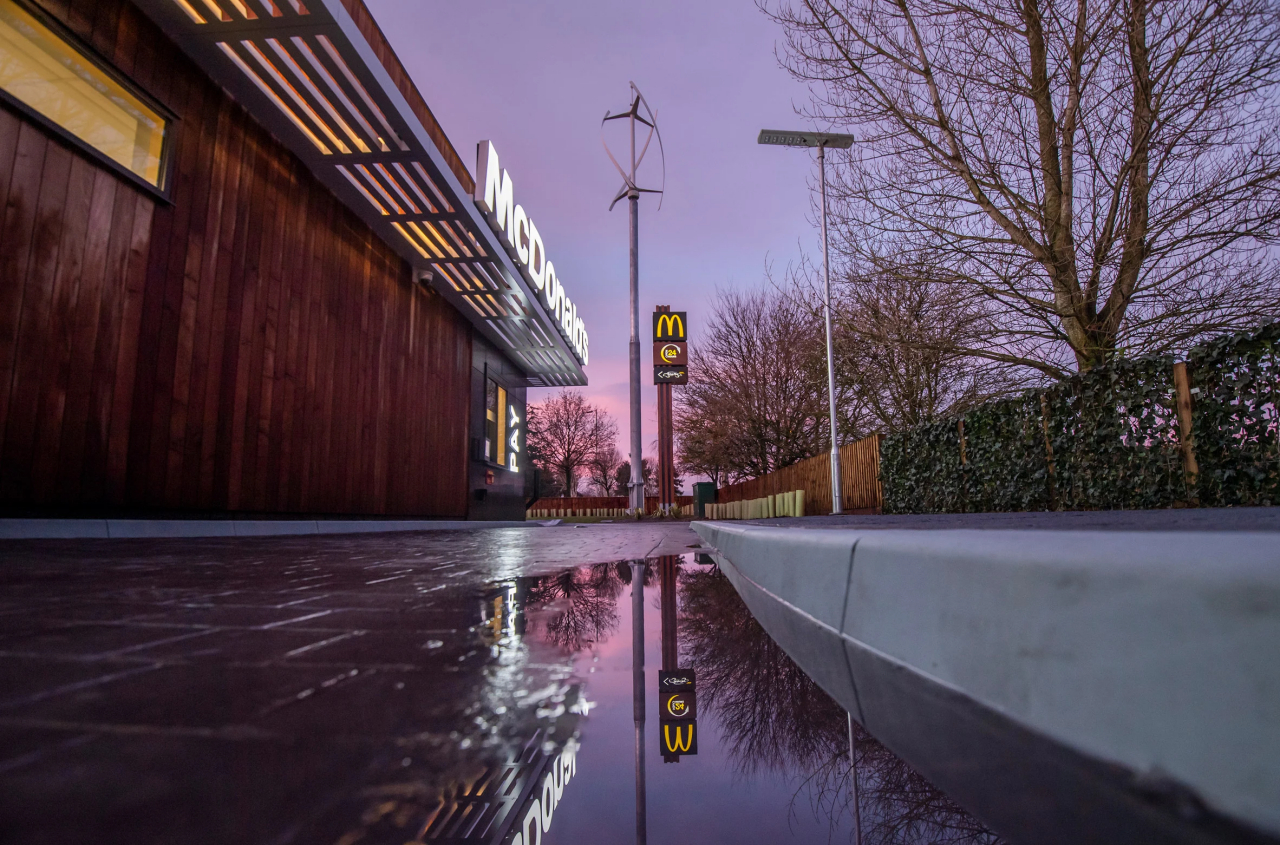 McDonald’s Market Drayton branch in the UK tries to check off a few of those boxes, particularly in the materials they used. Wall insulation is made from sheep’s wool, while parking lot kerbstones are each made from 182 recycled plastic bottles. Even the signage is made from McDonald’s own coffee beans as part of the company’s “circular waste solution.” All of these while retaining the same familiar design of McDonald’s restaurants around the world, or at least in the UK. 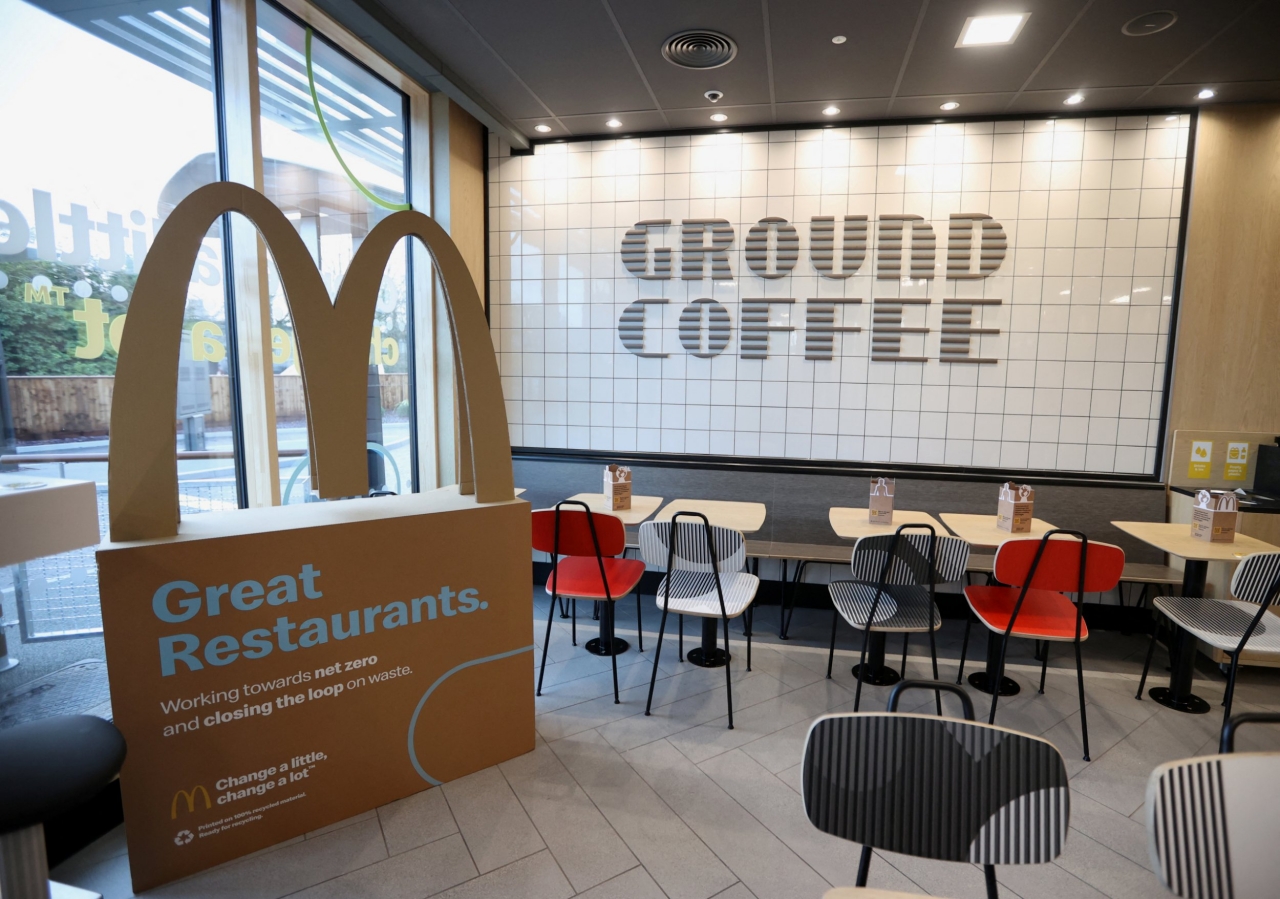 The day-to-day operations of the restaurant are also almost zero, with power being provided by two on-site wind turbines and 92 square meters (990 square feet) of solar panels. Strictly speaking, however, the restaurant can’t be considered truly net-zero because it doesn’t take into account consumption-based emissions, according to Dezeen. 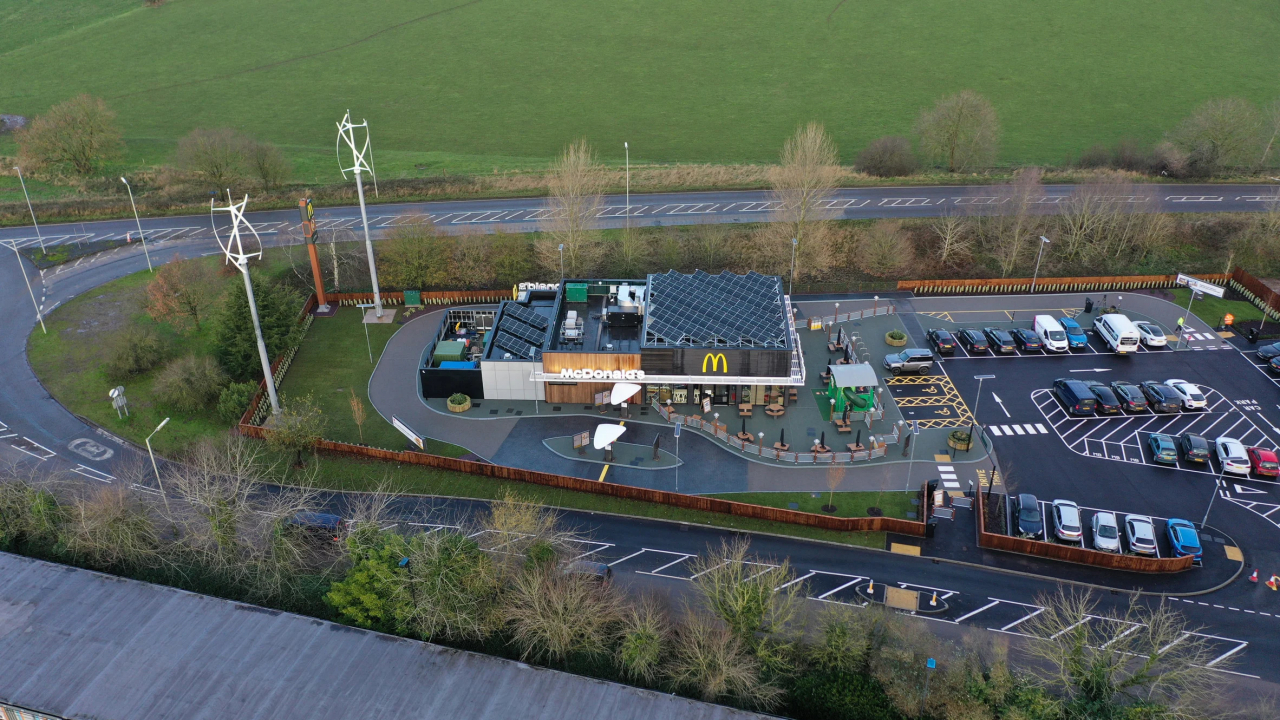 It’s still an important step forward for the company as well as the UK’s net-zero carbon buildings thrust, especially considering how much foot traffic and how many customers a single McDonald’s branch gets on a single day. That said, it’s also just one in tens of thousands of McDonald’s locations around the world that still have to adopt the fast-food chain’s sustainable programs. It’s just the first step, of course, and McDonald’s plans to move forward in the years to come, including vegan, plant-based menus by 2025. 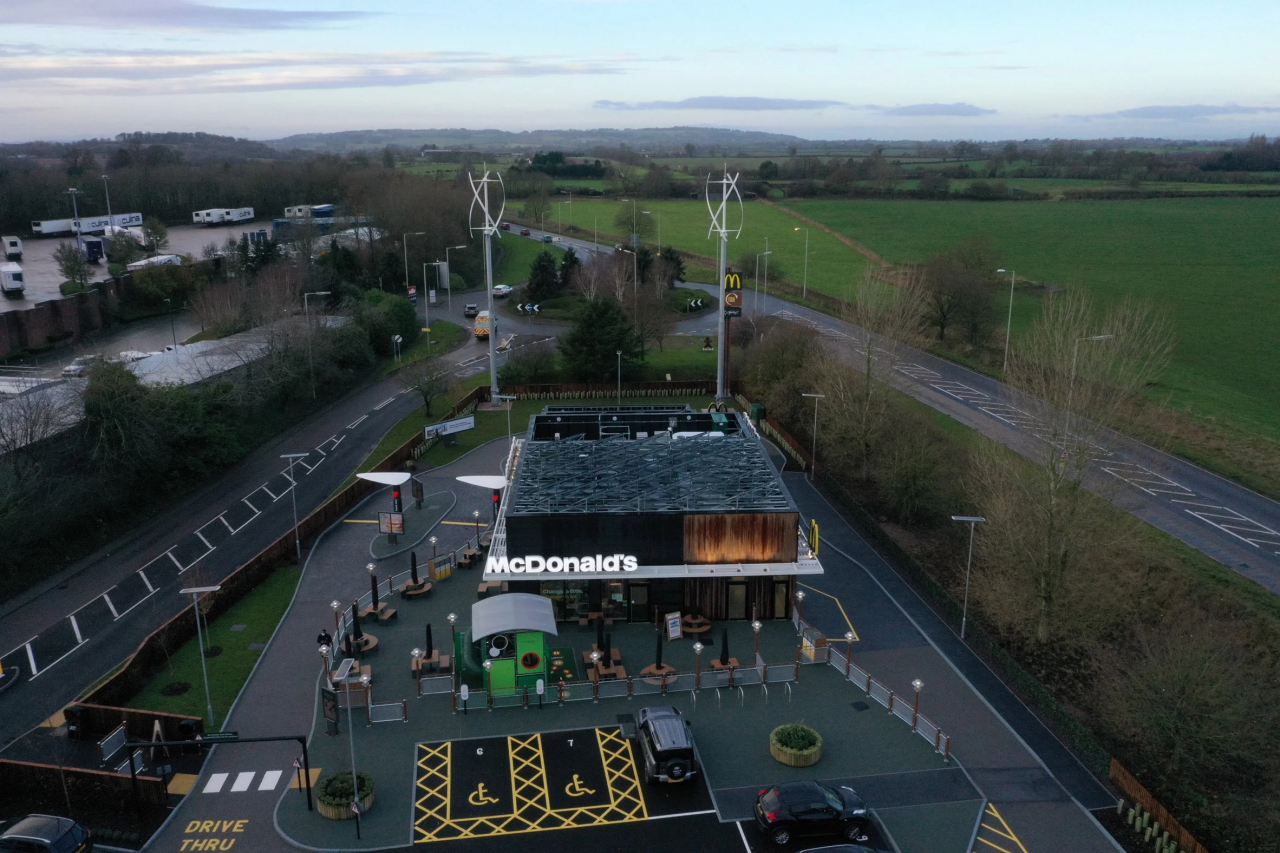 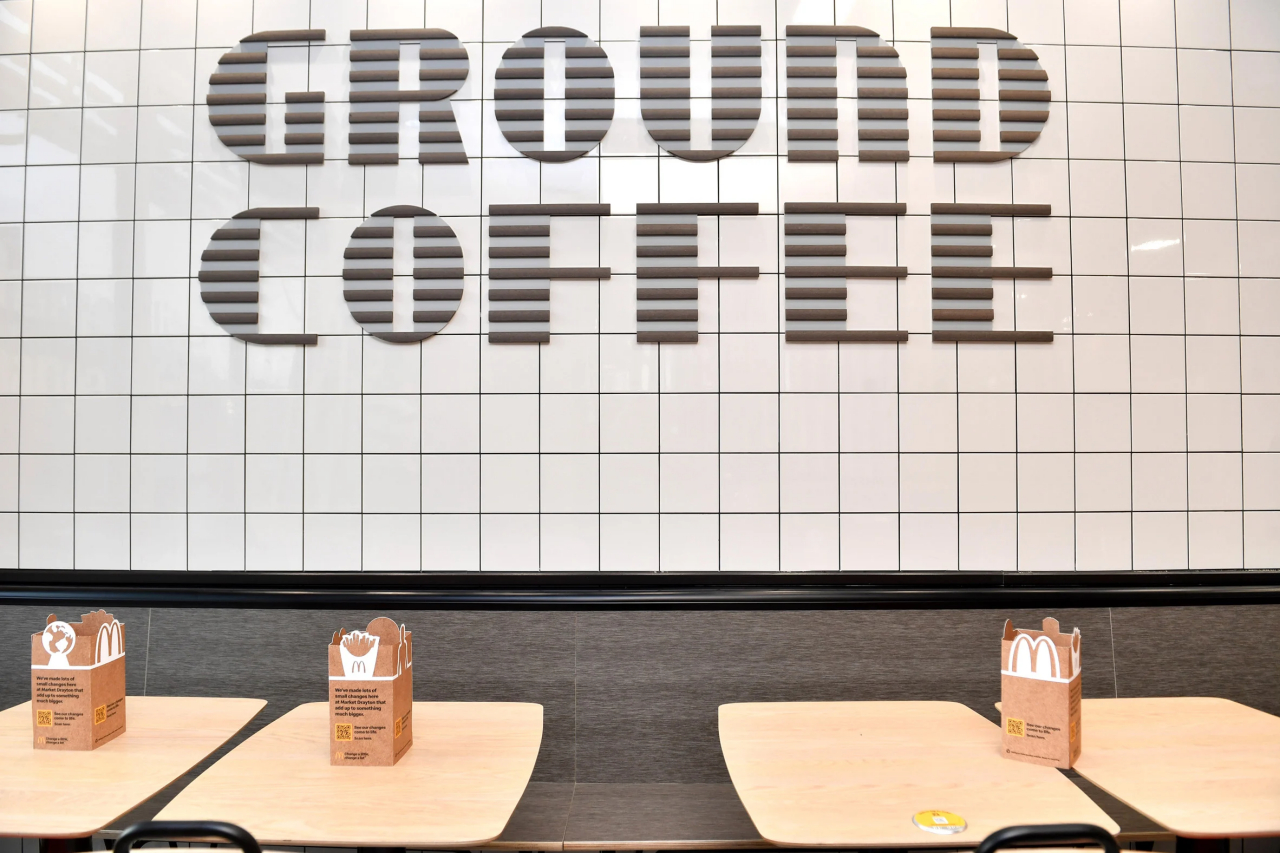 When you’re eating a delicious piece of fish, do you ever think about how it got to your table? Not everyone of course thinks about…

All of the sites, none of the smells

Let’s face it, we live in a nearly virtual society. Just the fact that you are reading Yanko Design right now and experiencing objects of…

This tiny cabin in the woods is every book lover’s dream!