Designed and built by LEGO creator Mr. Platinum using 2800 LEGO Technic pieces, this absolutely delightful mini replica of the DMC DeLorean from Back To The Future comes complete with a detailed exterior as well as interior, functioning doors, glowing lights, and a Bluetooth controller that lets you remotely drive the little car around!

The video above is a mashup of scenes from the original Back To The Future movie showing the DeLorean’s reveal, combined with video snippets of Mr. Platinum’s highly detailed build. The LEGO DeLorean is a stunning MOC (My Own Creation) that boasts of functioning headlights and taillights, glowing pipes around the car’s periphery as well as on the inside, motorized doors that open on command to reveal the detailed interiors, and for good measure, repositionable tires that become horizontal to resemble the car flying through space and time. If there ever was a near-perfect LEGO DeLorean build, this 2800-brick masterpiece is clearly it. 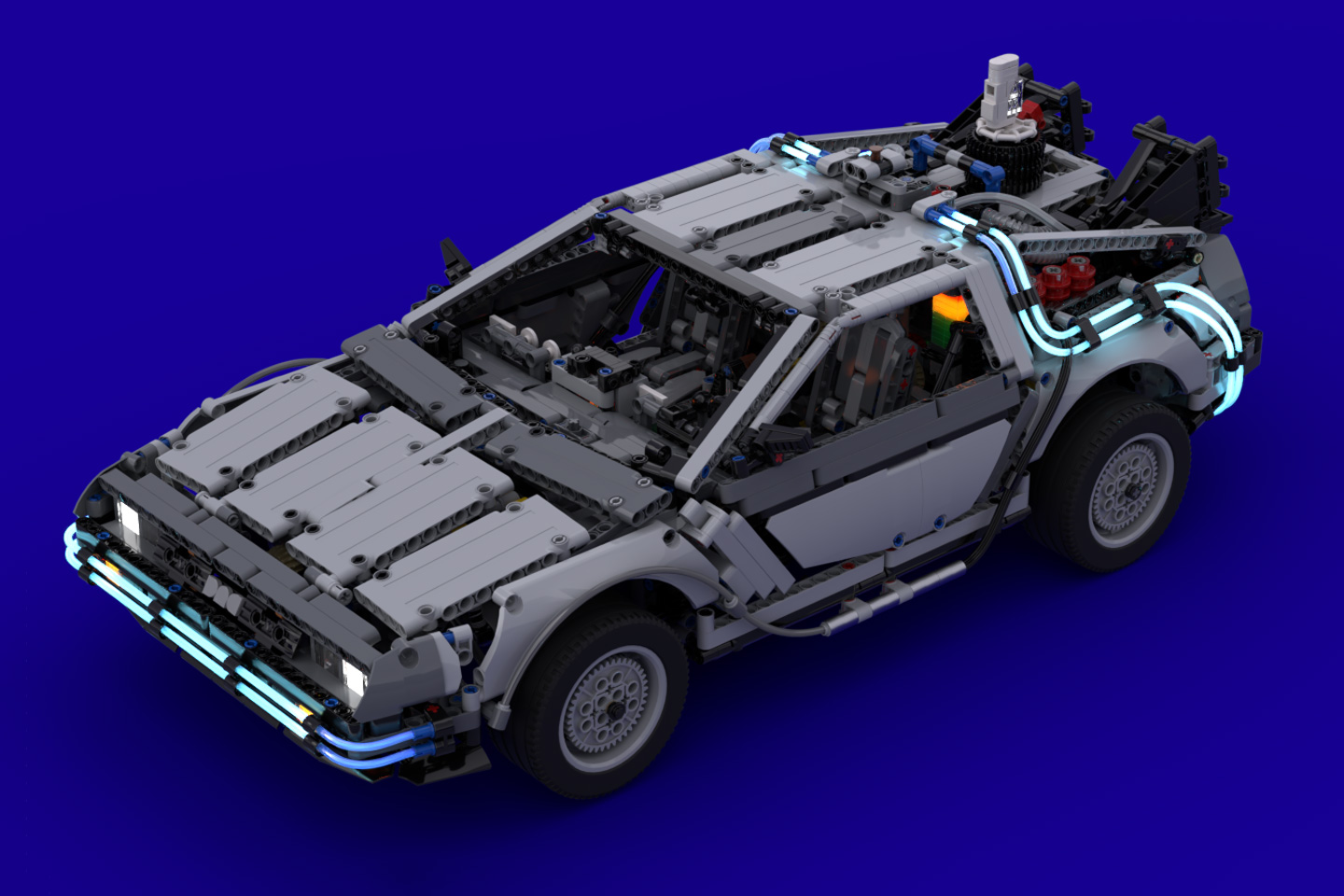 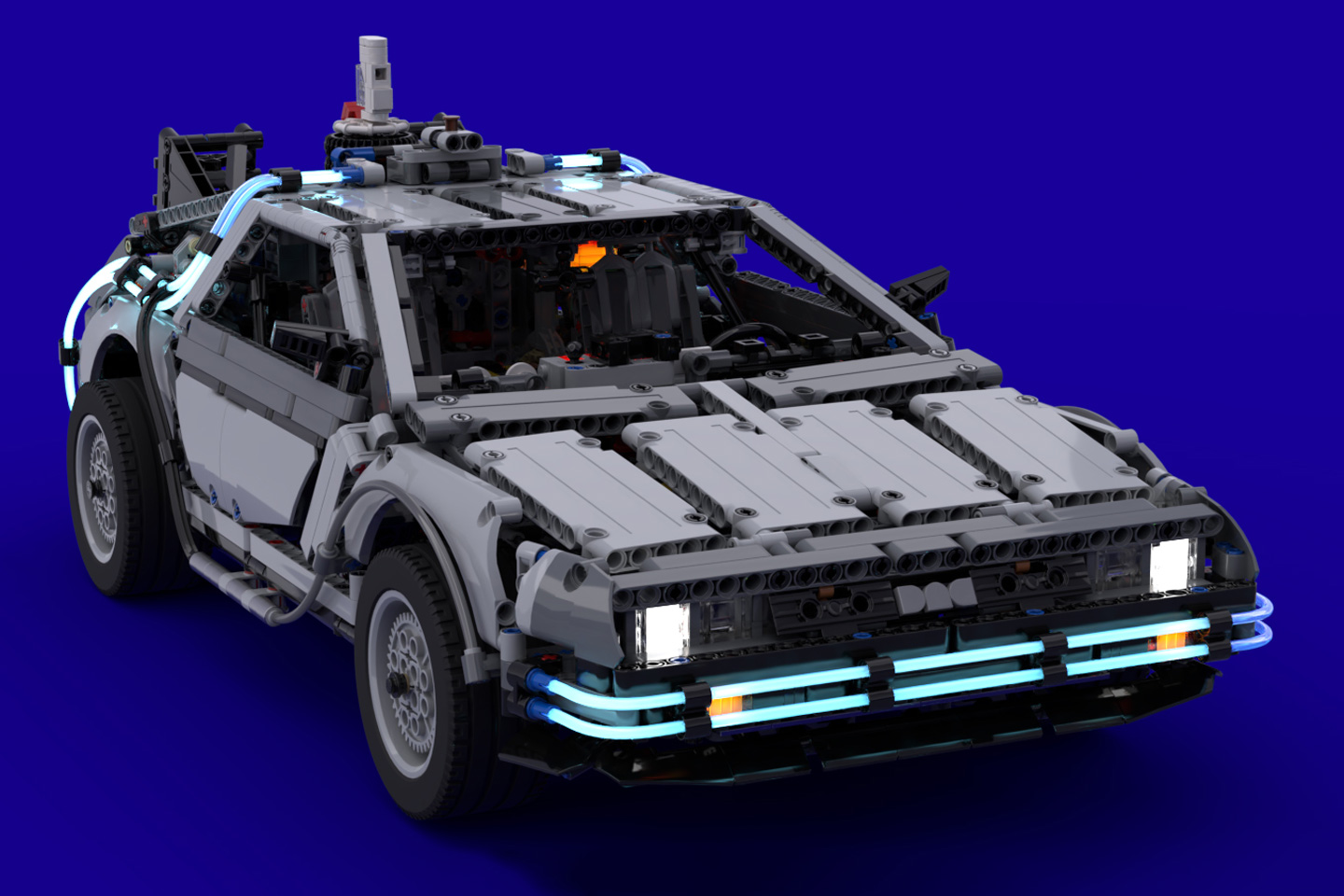 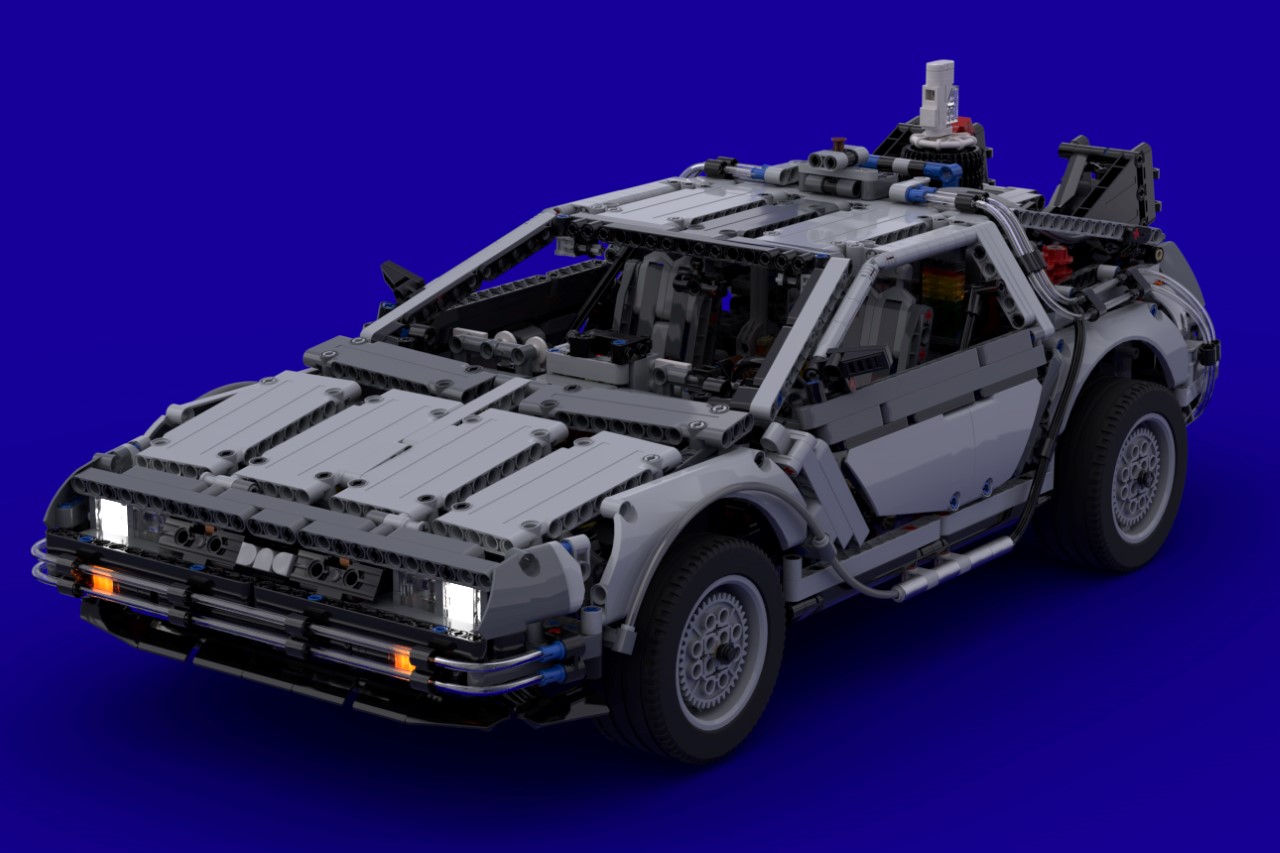 I know I sound like an absolute broken record, but I honestly can’t get enough of how perfectly executed this build is, and how its creator threw in some unexpectedly surprising details to really make this piece stand out. “It all started in March”, mentions Mr. Platinum, whose journey to build the perfect DeLorean replica took him nearly 10 months to complete. “The Idea was there, began with determining the scale using the wheels. Realized the complexity, the challenge, wanted to implement all the functions”, he added. The overall build required detailing every single aspect of the vintage car, from the suspension to the bodywork, gearbox, lifting system, lights, and the special LEGO Fiber Optic pieces that were only available in bulk. (You can see them come to life in the image below) 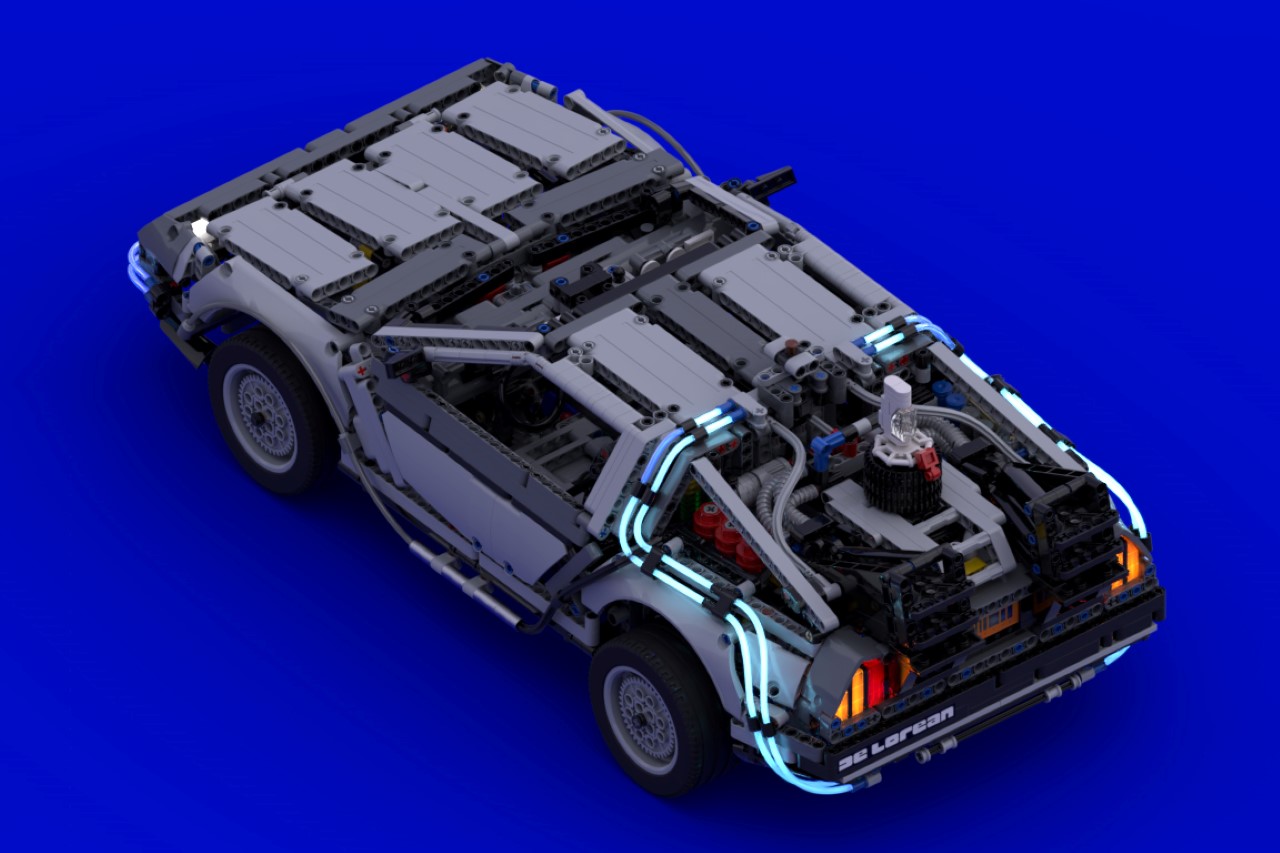 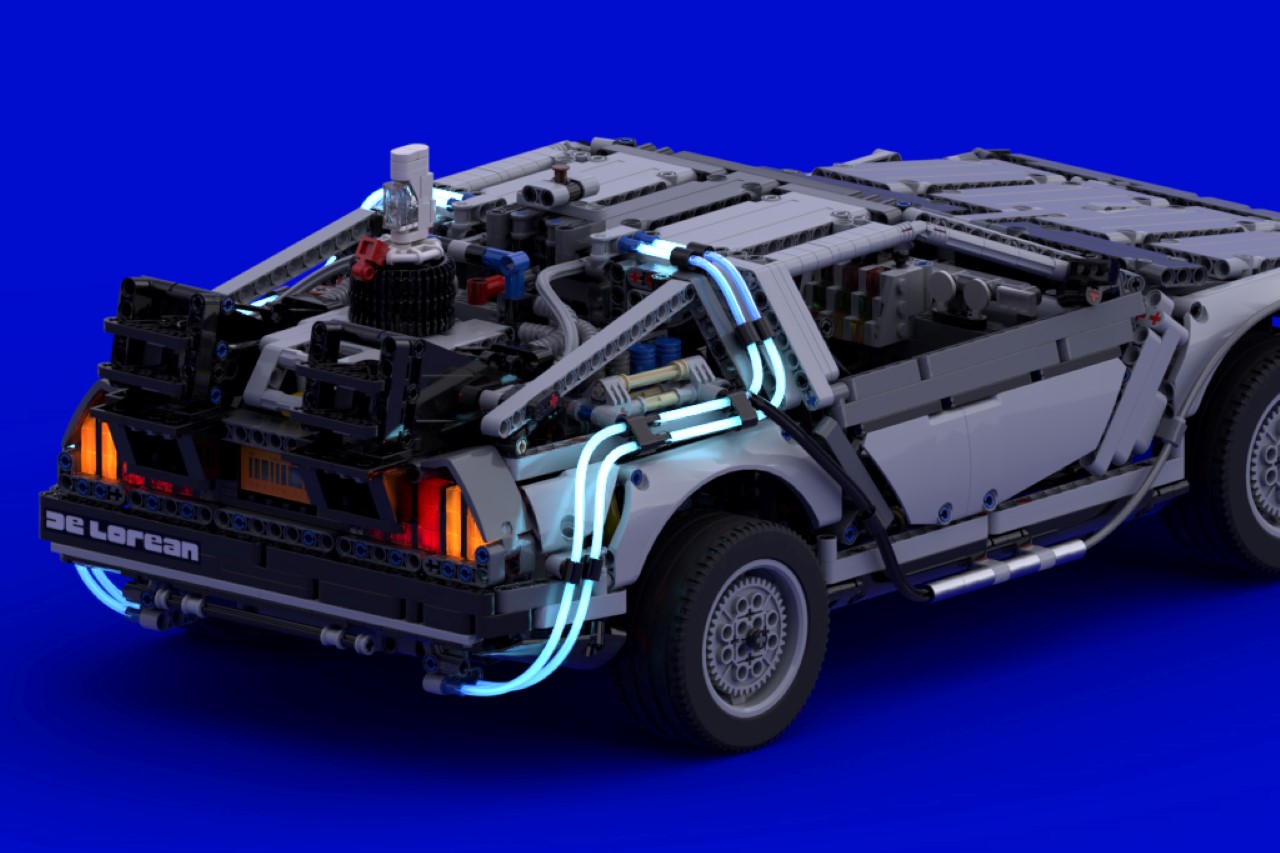 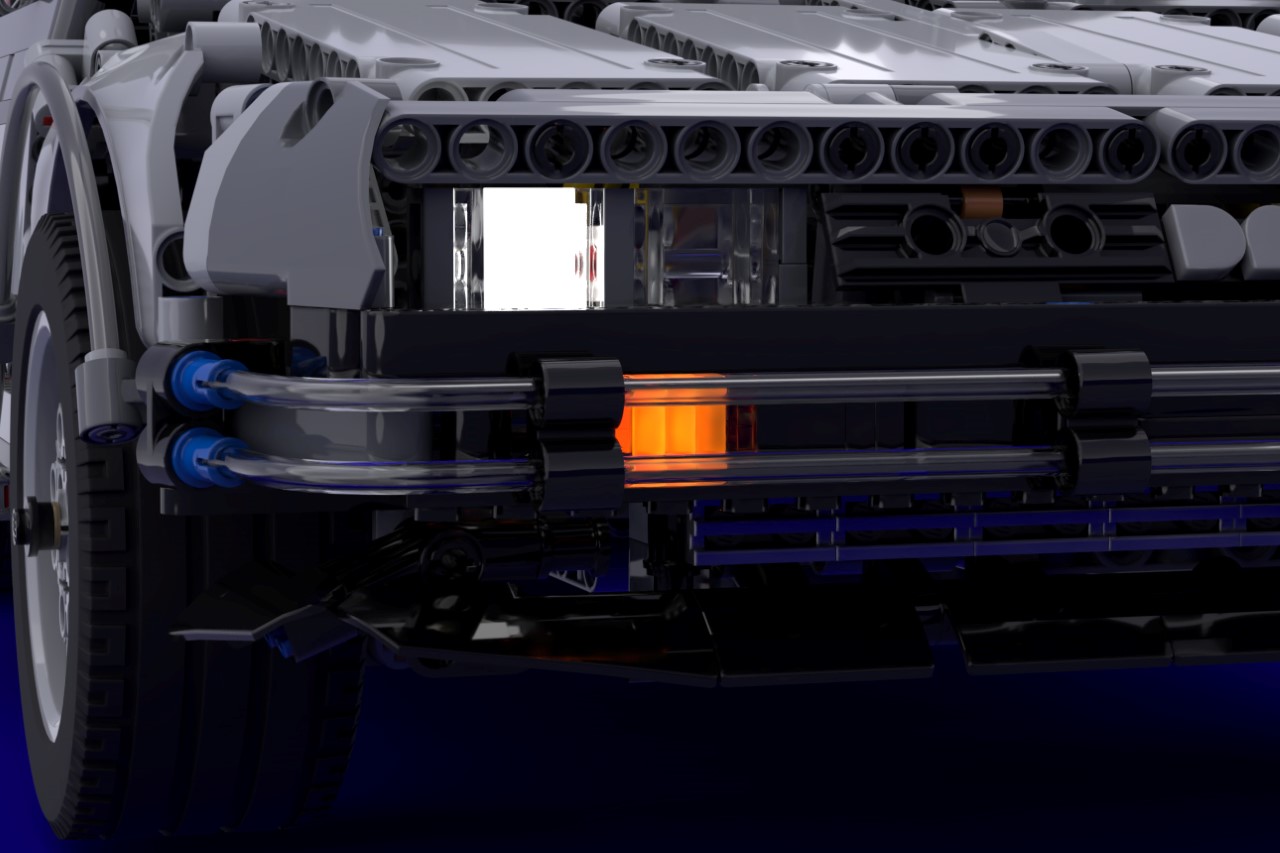 Moving onto smaller details, Mr. Platinum didn’t just stop at making a realistic car. Switches on the dashboard actually power the headlights, taillights, and indicators, and if you stop to look closer, he’s even built out the DMC logo on the front using just LEGO pieces. A DeLorean sticker on the back may be the only visible non-lego piece in this entire build. Mr. Platinum pointed out the arduous journey this dream-build took him on. Most of the car’s parts were regularly available as a part of standard sets, although there were a few parts that had to be sourced from vintage collections dating back to the late 80s, and the mudguards (which Mr. Platinum couldn’t find in the right color) had to be sourced from China. 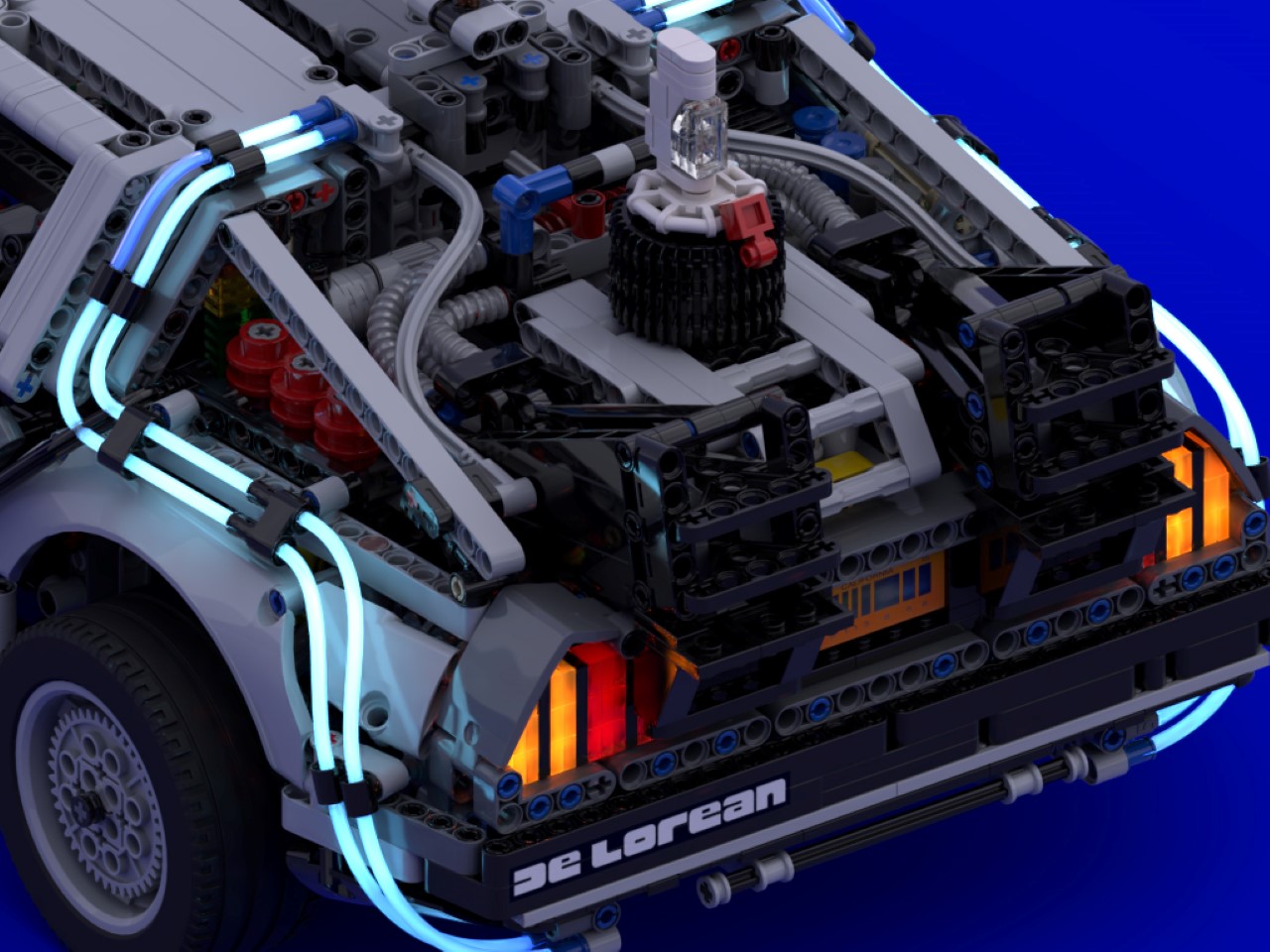 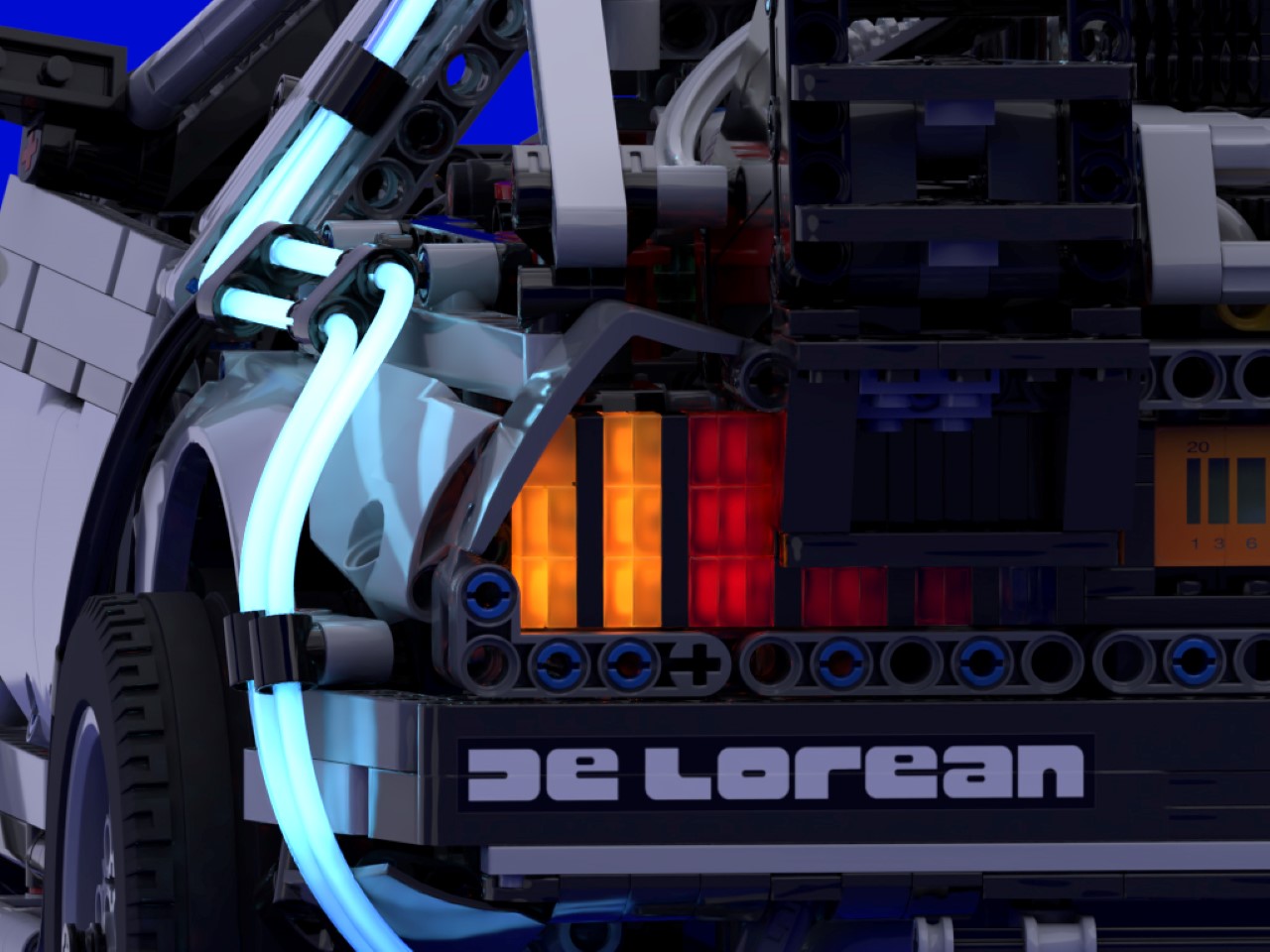 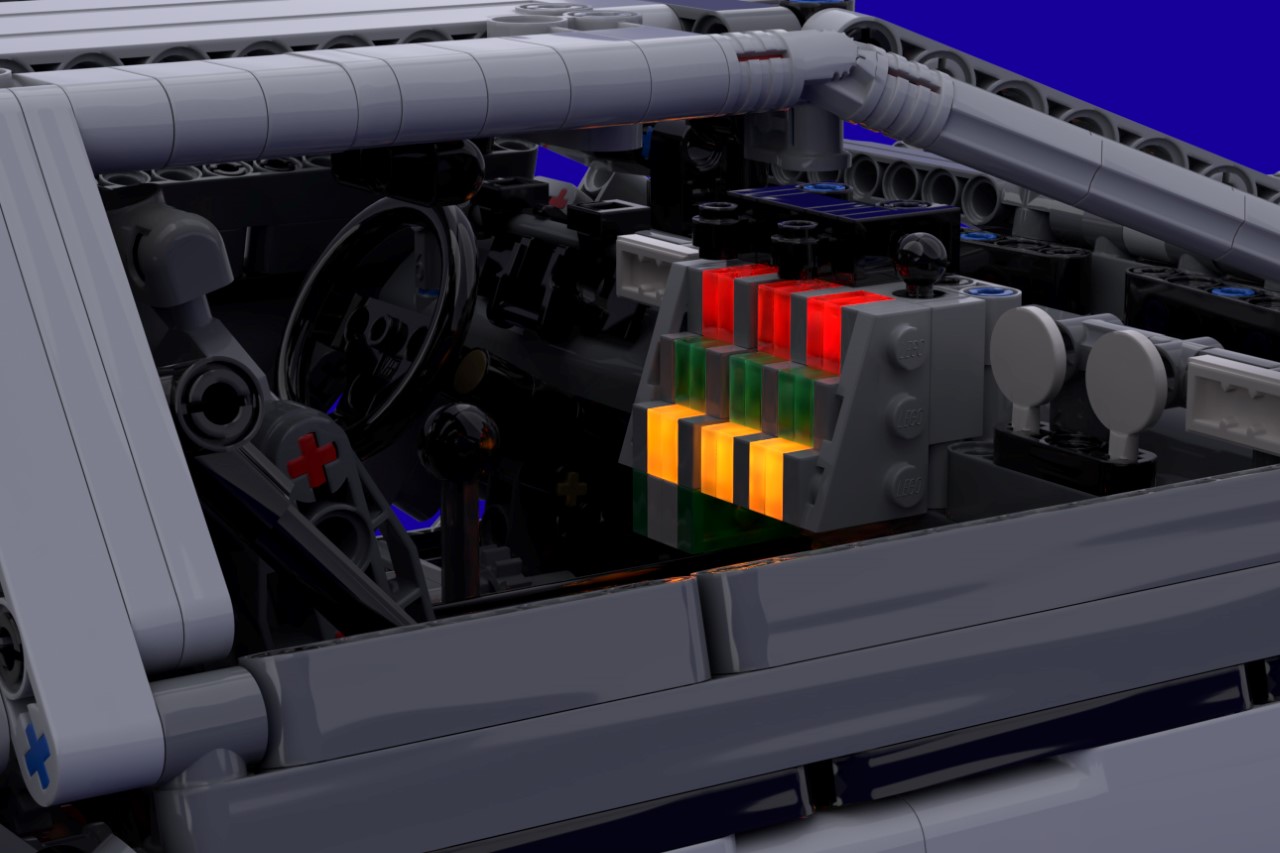 Although you can’t really buy this DeLorean, Mr. Platinum’s been more than kind to make the schematics available (be warned… the instructions span 3 different PDF files with a total of 1200 pages of instructions). The Bluetooth-operated car runs on a rear-wheel-mounted RC motor that’s powered by a single AAA battery.

The end result is nothing short of fantastic and measures 21.8 inches in length, weighing in at a staggering 6.8 pounds all included. You can buy Mr. Platinum’s schematics from ReBrickable for $22.8 (€19.95), although be prepared to shell out a couple of grands if you’re really serious about building this retrofuturistic beauty. 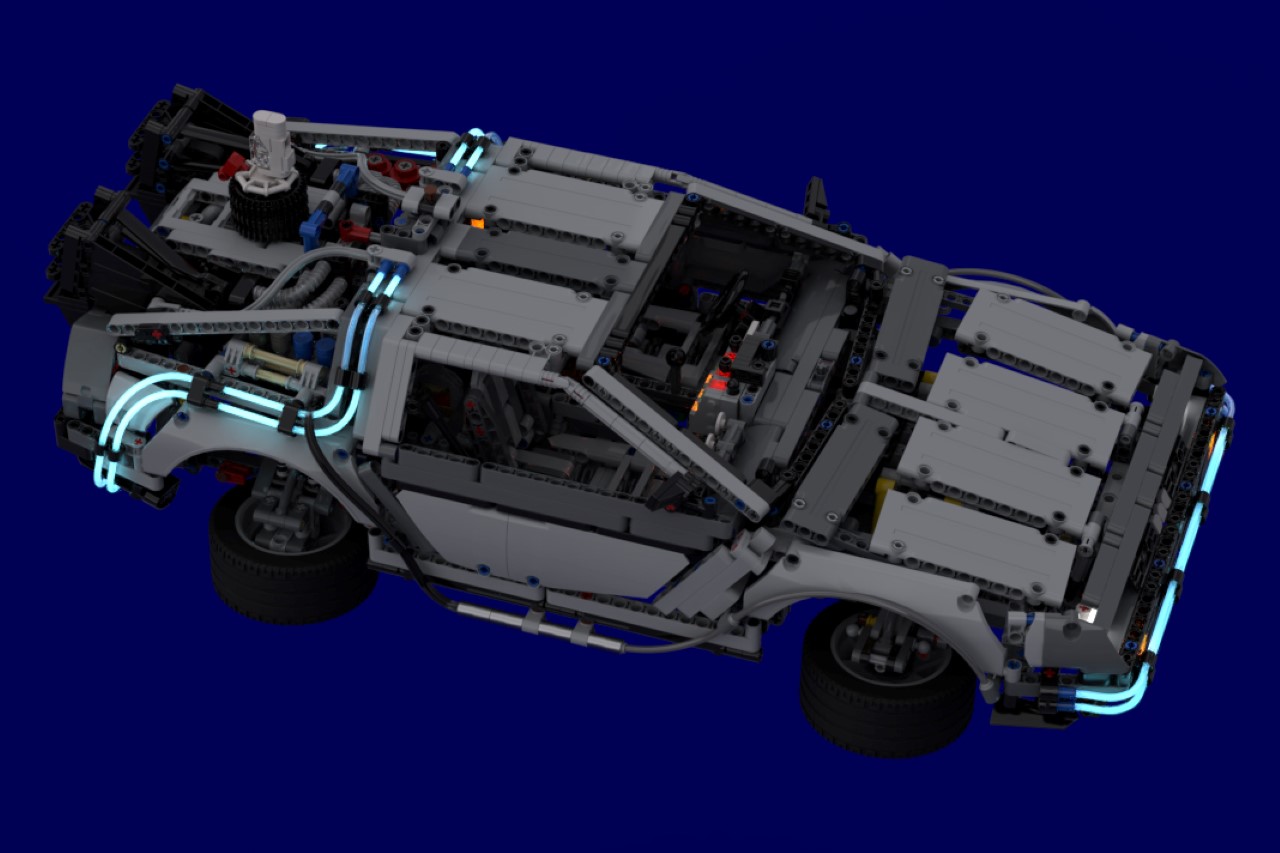 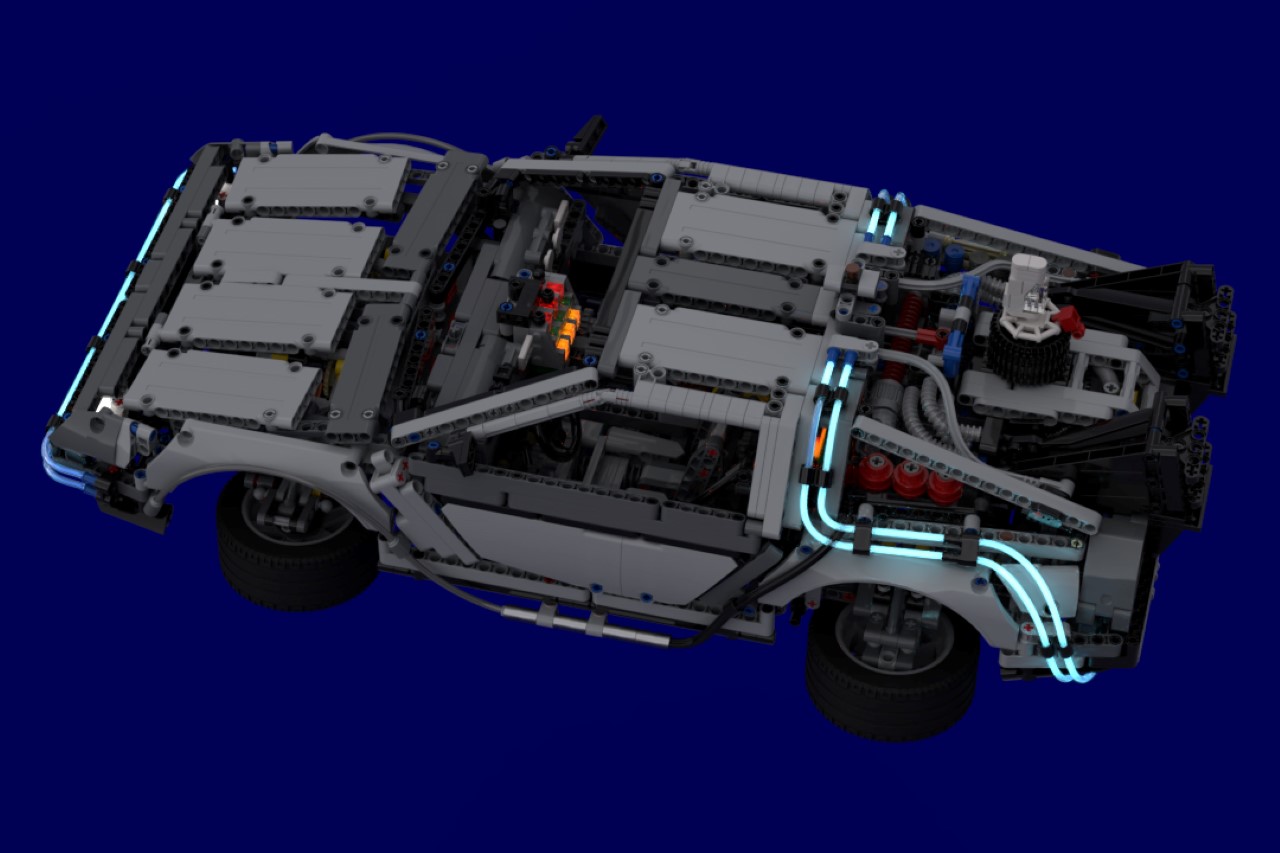 Cheaper, Better, Greener. No, that’s not the studio notes for the new Shrek movie. It’s Ford’s latest directive for their new START concept that brings…

To quote designer Janina (love the name), “This car will act like a visual perfume.” Of all the descriptions for projects that I have come…

Be One With the Machine

Named after the Japanese word for “immersed”, the Mazda Shinshi concept aims to do just that! A stark contrast to the current autonomous movement, it’s…

Most Buzzed Designs of November 2016