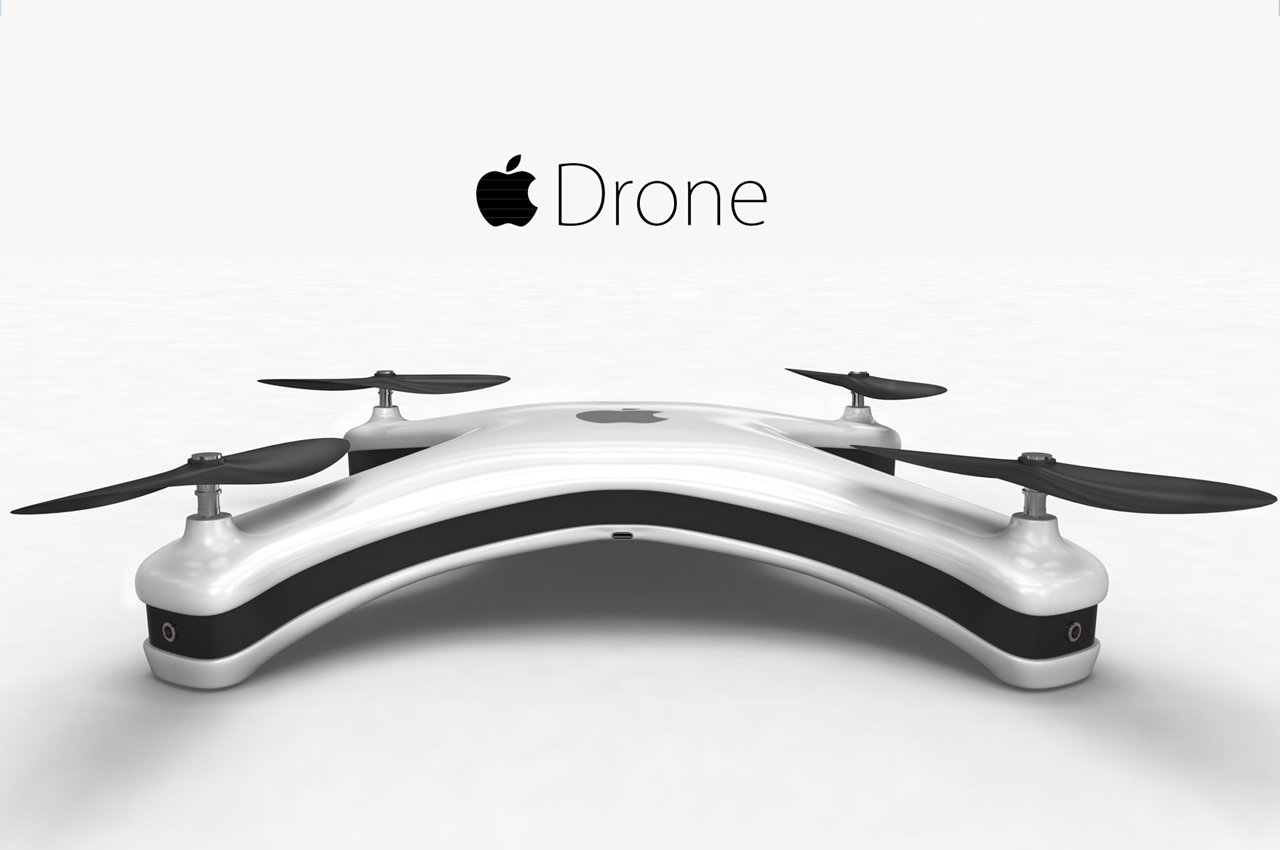 A practically feasible Apple drone that germinates from the core idea presented in patents emerging in the last few years and in recent times by Apple. The quadcopter is all set to take to the drone market that demands advanced functions and the assurance of the Apple brand name.

Apple is looking interested in the drone market just like the electric cars – a few patents over the last few years have suggested the fact. The Cupertino-based giant is not giving up on its innovation for drone lovers as another couple of Apple patents related to drones have been spotted. One of them pertains to the pairing/unpairing of the quadcopter device and the other is related to the remote operation on a mobile network. So, are we looking at a drone announcement in the future by Apple? It could be the case as Apple has a knack for surprising the tech community fair and square. 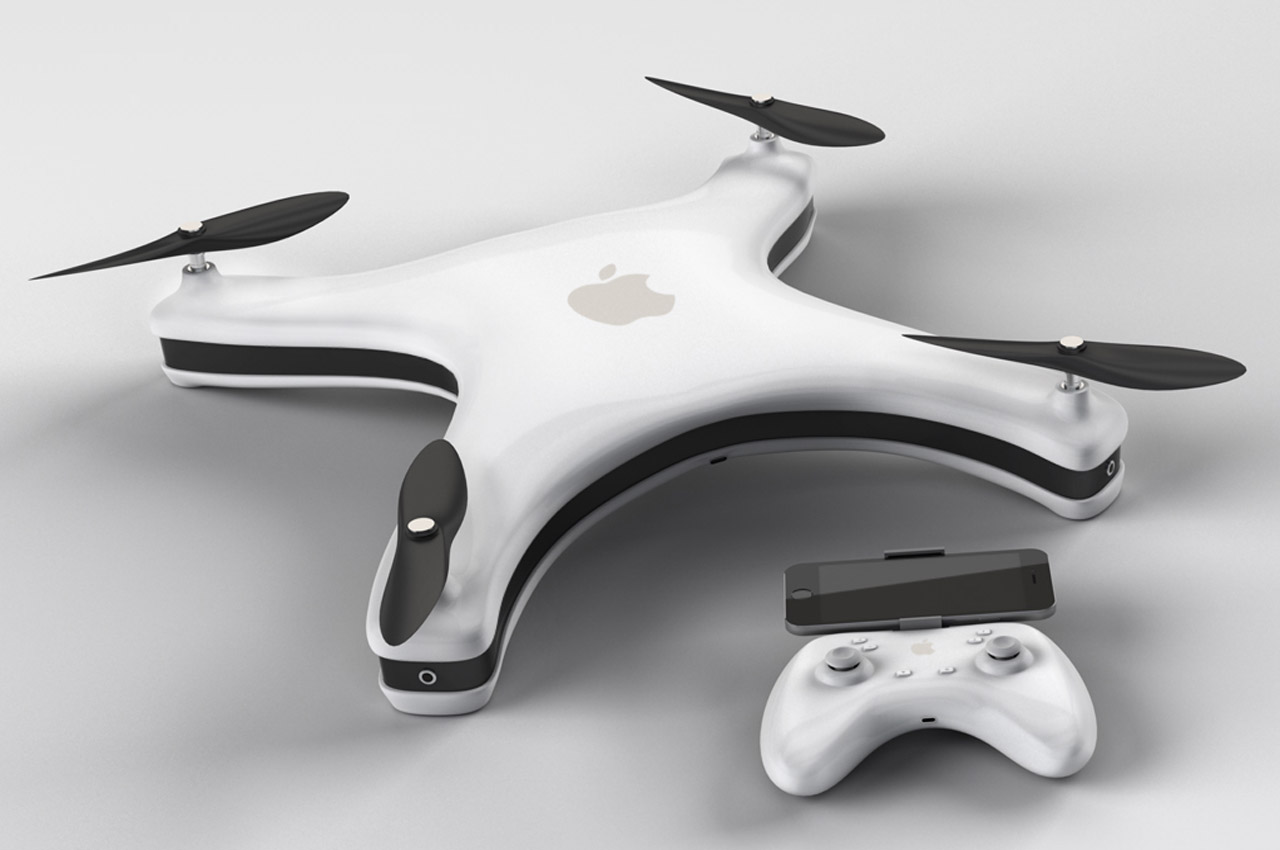 What this drone will look like is left to pure imagination, and 3D graphics designer Eric Huismann gives us an Apple drone design to reference by. The quadcopter has the classic Apple vibe to it – the curves reminiscent of the long-forgotten 2001 iMac G3 are a cheeky addition. Very poetically Huisman defines the creation as a combination of glossy white contrasted with “dark blacks that lend the drone a very noble and high quality character.” The powerful rotors lift the drone in the air and keep it stable even in windy conditions. Of course, I’m expecting the flying machine to have next-gen collision avoidance tech too if it has to come anywhere near the market leader DJI. 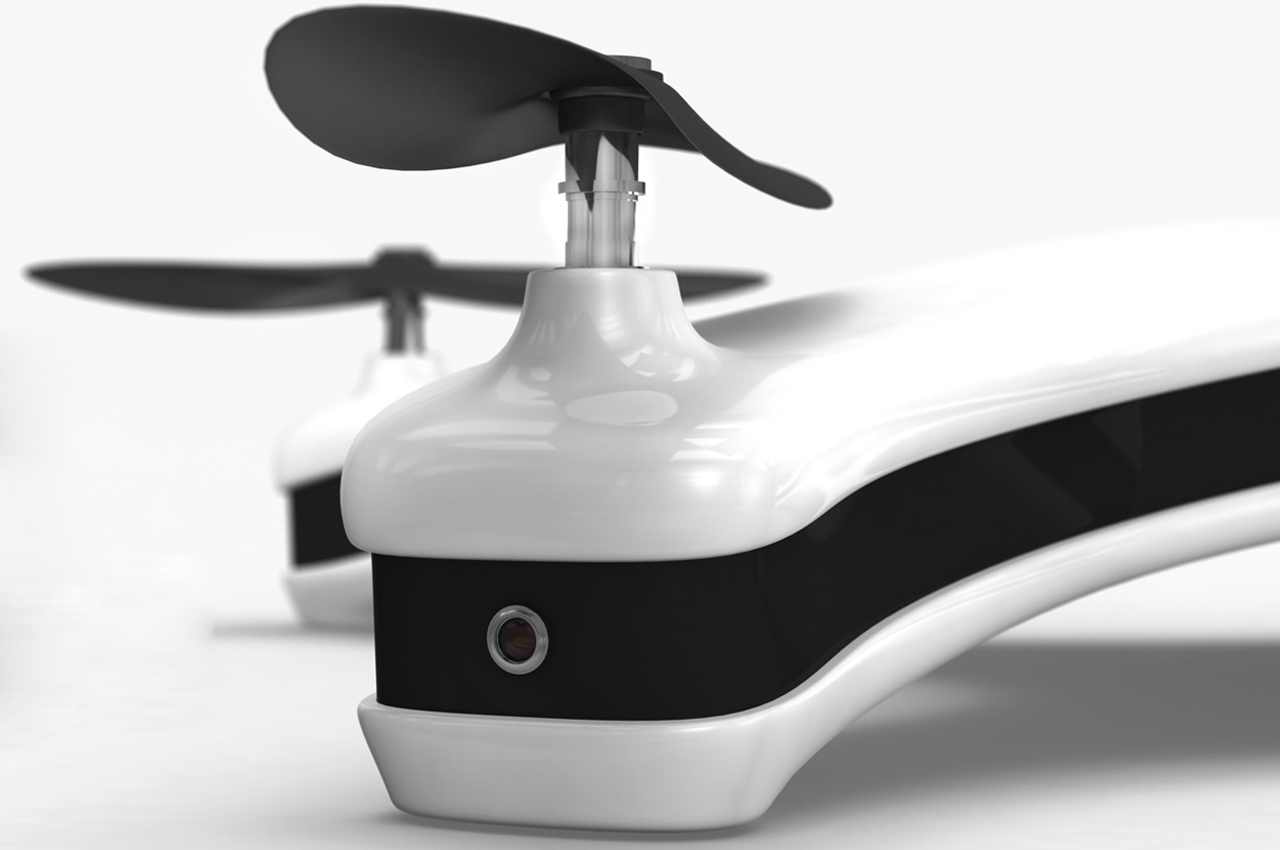 Since a drone is nothing without excellent camera prowess, this Apple quadcopter gets an array of four cameras each having a super-wide-angle camera lens. These cameras will be able to shoot videos in 4K quality at 60 frames per second. The designer doesn’t stop his imagination there, as he believes the Apple drone (if we’ll ever see one) will have stunning panoramic shooting prowess and the videos will be directly live streamed to YouTube. The designer doesn’t delve more into the technical details or features of the drone, so we can all imagine it our own unique way! 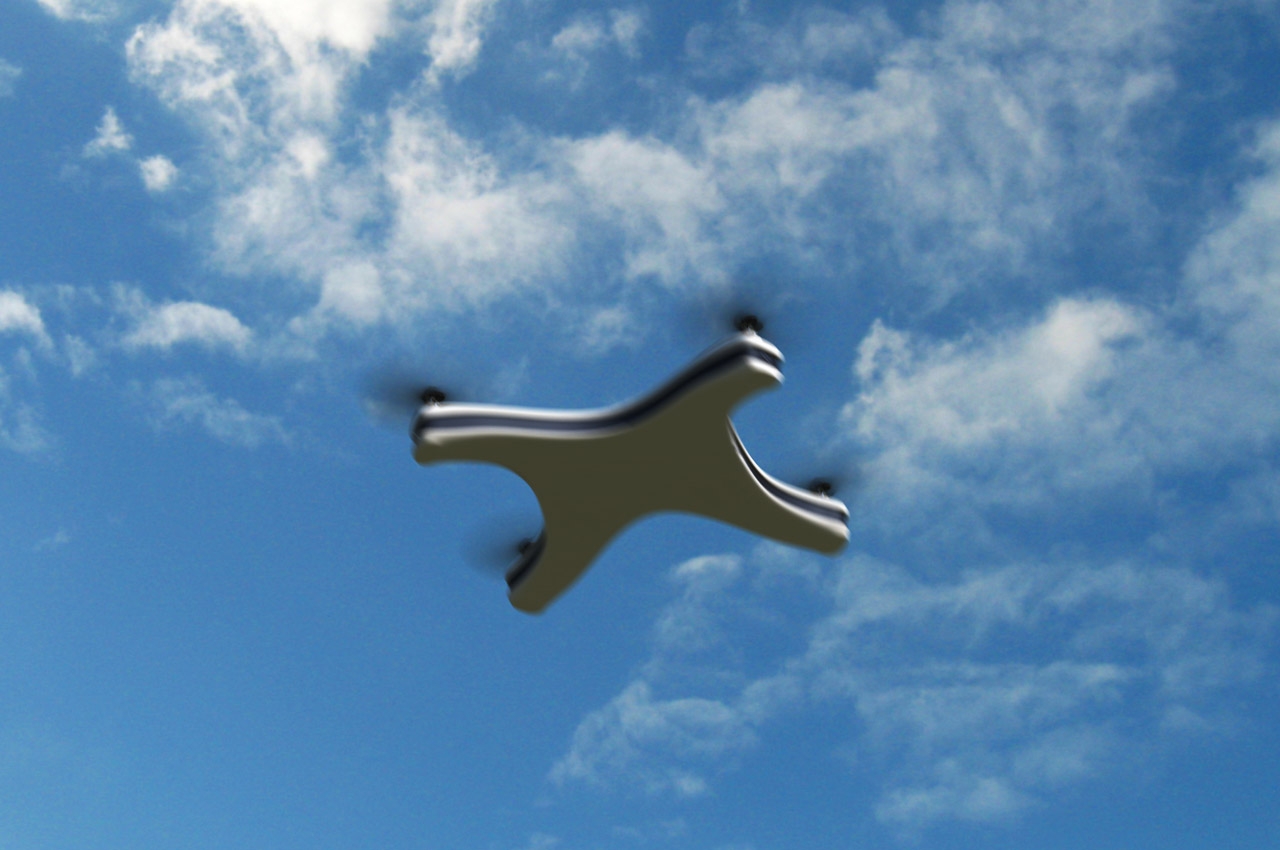 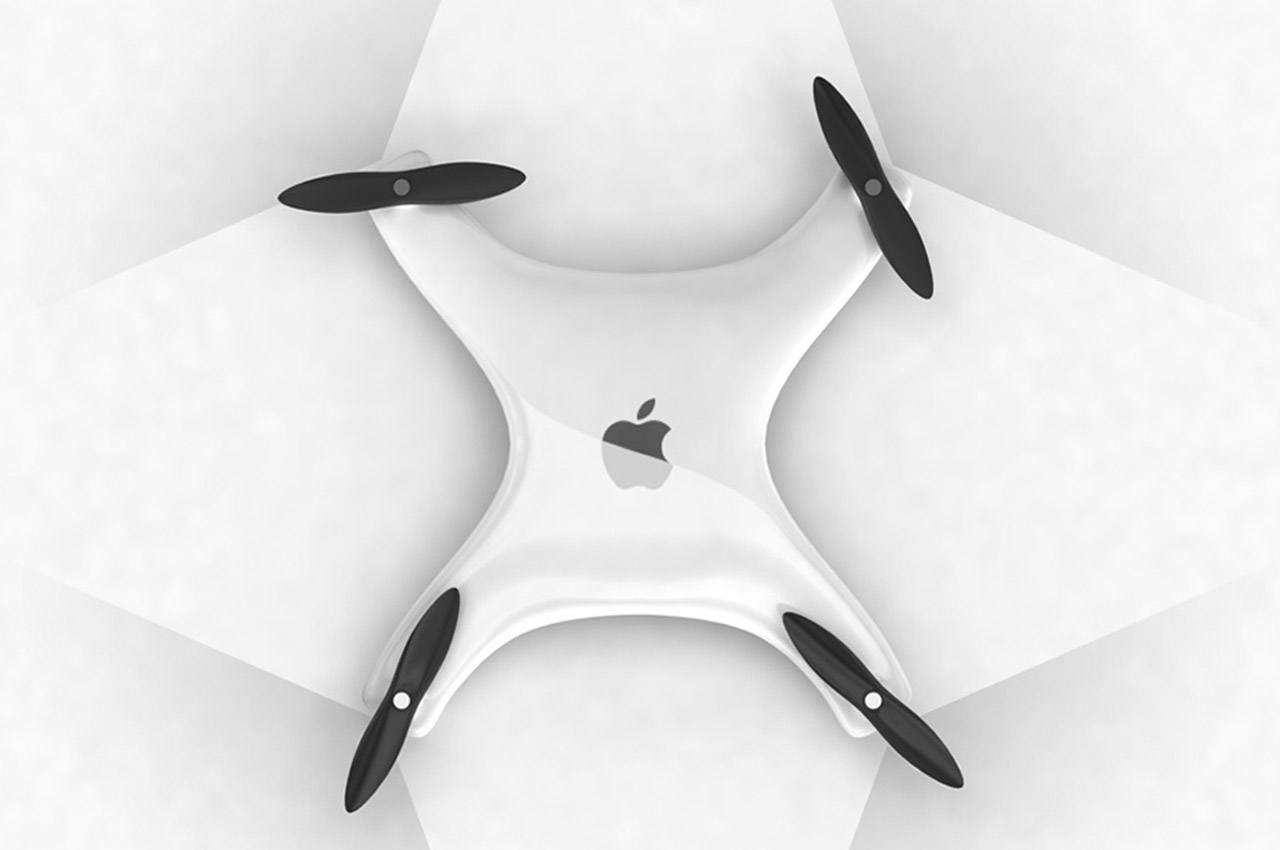 The G Shock concept watch is designer Alp Germaner’s personal take on his favorite watch. I like the fact he has given it his personal…

I really appreciate that I live in a city where people would rather ride their bike, roller-blade, or skateboard than drive a car… but I…

Smacking the dust out of a pillow will clean it (and relieve some tension!) but then where does it go?! In the air? Up your…