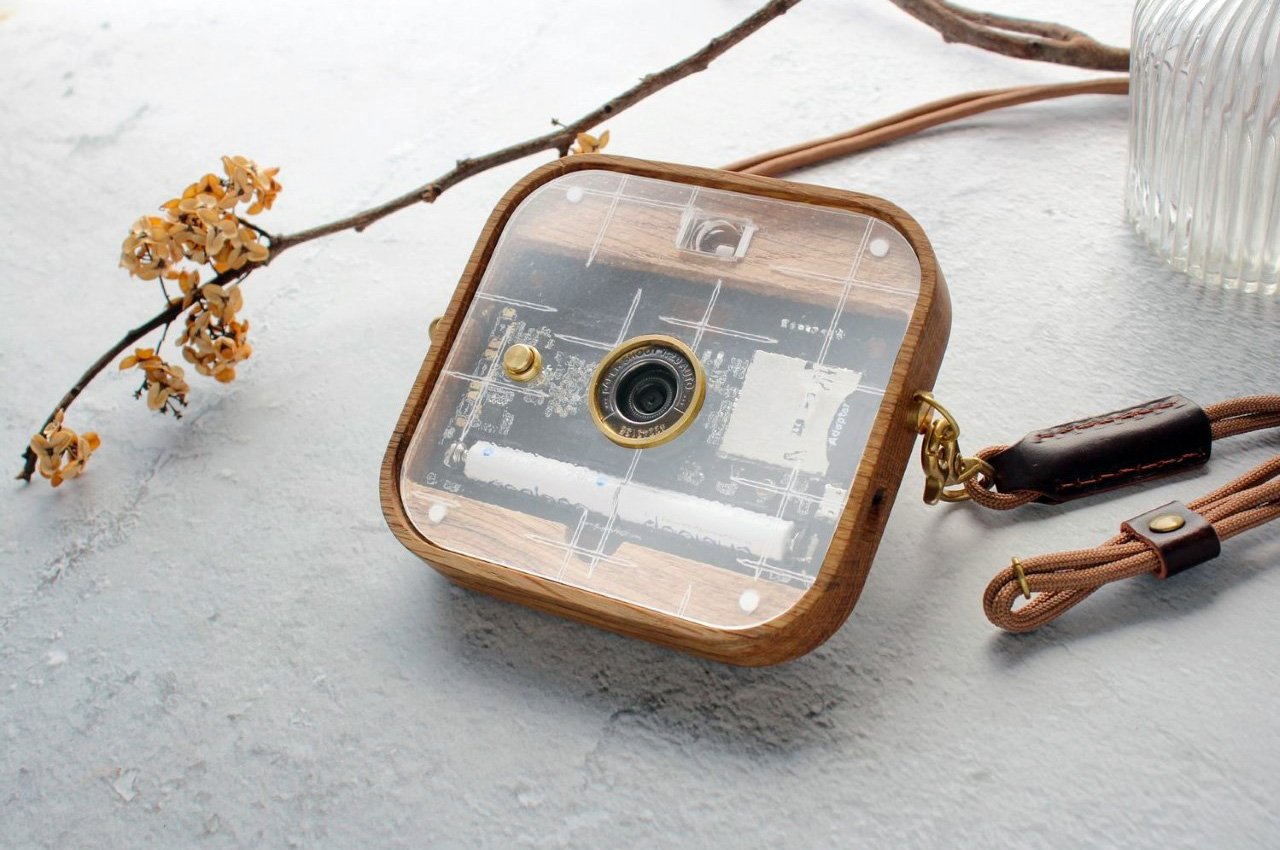 Following fifteen intense months of nothing but online activities, the real-world version of the trade fair is about to make its much-awaited return… but a lot has changed since March of last year, and even the design industry has seen its fair share of upheavals. In preparing for its grand return, Maison&Objet conducted a survey among 1,152 international industry professionals to keep their finger firmly on the pulse of the design, decoration, and lifestyle community. The results of the survey would help them determine the best way to restructure their grand event, while ultimately crafting a trade fair that helps the creative community flourish.

Maison&Objet found that an overwhelming majority (65%) of those surveyed shared a positive outlook on the future of the design/decoration/lifestyle industry, with 20% of brands even expressing an intent to expand their teams. As a recap of the past 15 months, almost every survey participant admitted that the pandemic forced them to pivot to the online space. “It has now become clear that having a social media presence – and notably an Instagram account – and setting up an online store is one of the most crucial growth levers retailers can adopt”, mentions Maison&Objet’s report on the survey. A sudden halt on international trade even prompted brands to ‘go native’ and rely less on imports while focusing on creating more ethical, locally made products… a direction that was welcomed by consumers too. However, a primarily online-driven business had its limitations… as did a virtual trade-fair. An in-person edition of the Maison&Objet provided more than just a showcase of products. It gave people the opportunity to touch, smell, feel, and experience designs (something that a website couldn’t do), while also allowing brands and retailers to celebrate the hard work gone into launching new creations while also getting to network with each other and compete to return with better products the following year.

Determined to bring back that ‘joie de vivre’ of a real-world exhibition, the Maison&Objet event returns for a live in-person event in Paris from the 9th to the 13th of September, flagging off Paris Design Week from the 9th to the 18th of September. Over 1,300 brands have confirmed their attendance at this year’s Maison&Objet, highlighting the grandeur of the trade fair’s comeback while also the responsibilities needed to be taken to conduct the fair safely. The hosts, in consultation with the government health authorities, plan on issuing health passes for all attendees. Masks will be mandatory and hand-sanitizing stations will be set up at regular intervals. Various traffic regulating measures are also in place, ensuring that aisles/stalls are kept at least 3 meters (9.8 feet) apart and that physical distancing regulations are followed along with a strict occupancy-limit per hall. For design enthusiasts who won’t be able to make it to Paris this year, the MOM virtual showcase will help you explore all the works by their categories and brands – Yanko Design will even curate a special MOM newsletter featuring a collection of our hottest designs from the event this year… and you can scroll down for a fleeting taste of what to expect at one of design’s biggest trade shows! 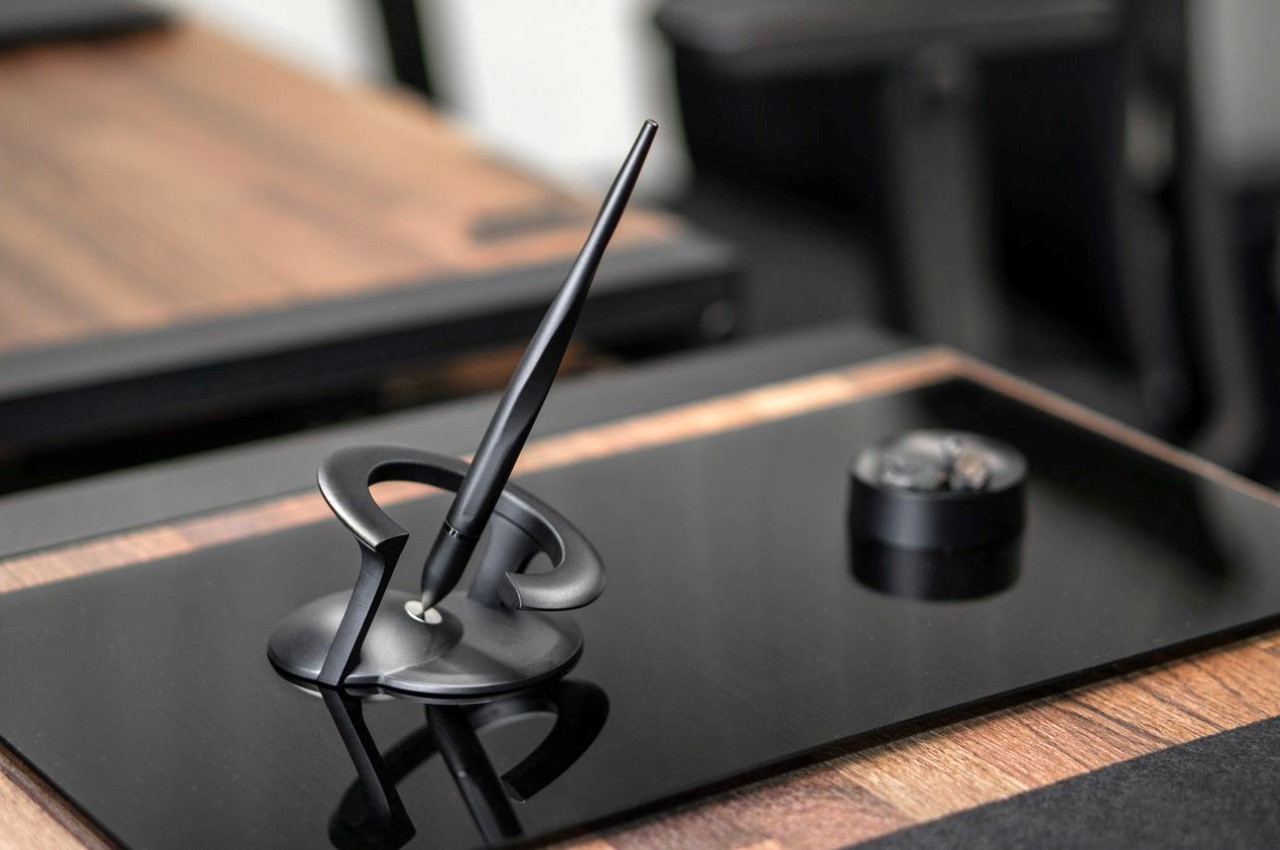 A winner of several international design awards, the Hoverpen is a uniquely alluring pen that hovers at a precise 23.5° inside its levitating stand. 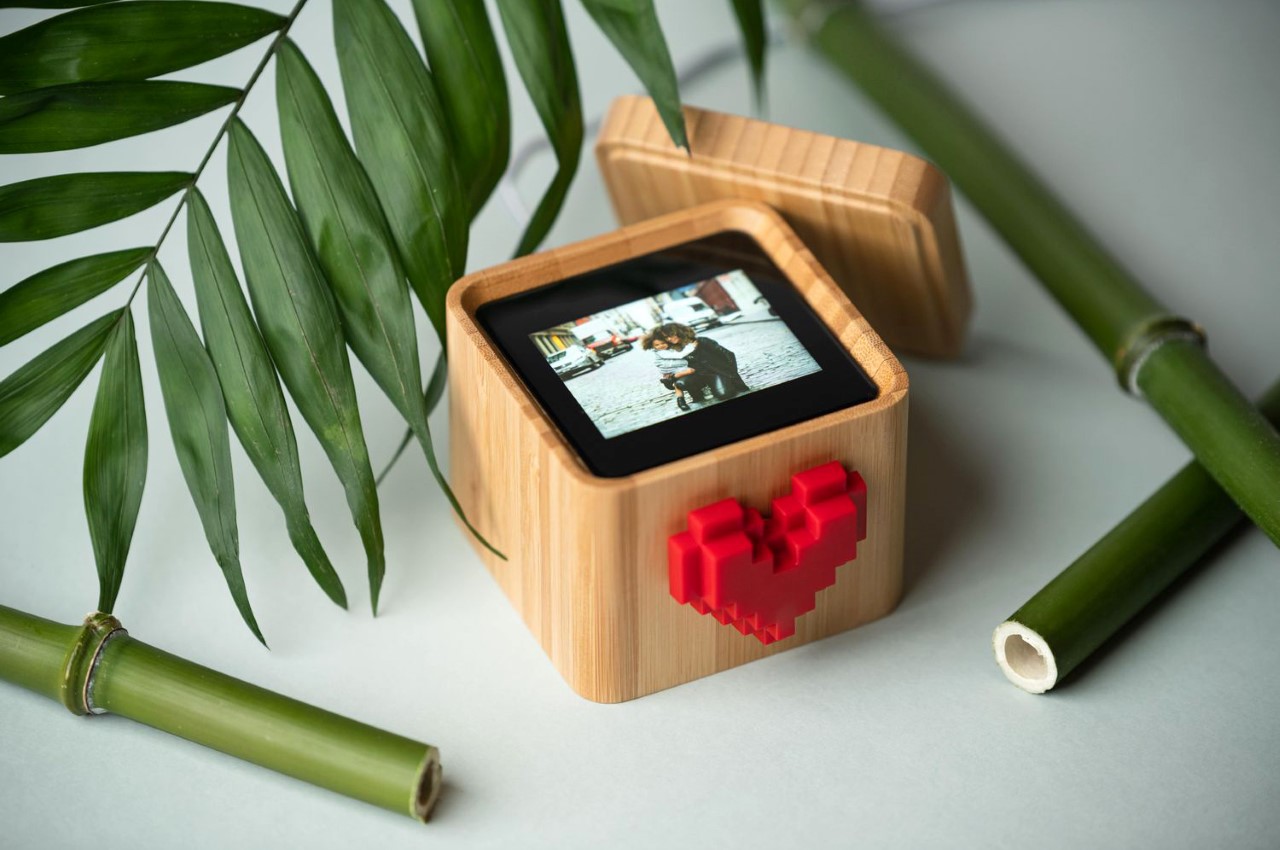 The Lovebox is a connected, messaging device that pairs with an app to go beyond regular communication and deliver special expressions of affection. Think of it as a physical symbol of your digital memories and intrinsic emotions. 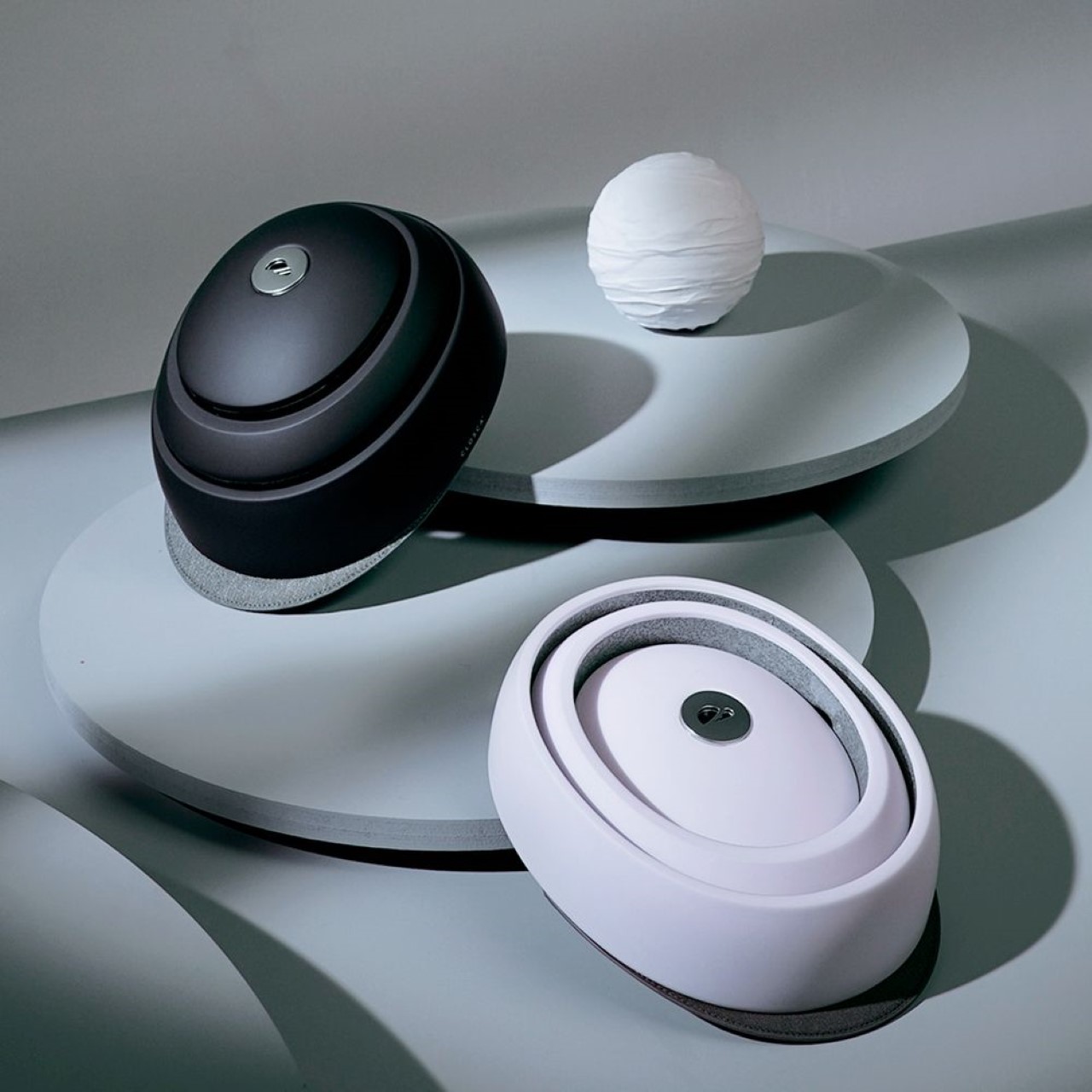 Headgear like the Closca Helmet are truly a one-in-a-million sort of thing. It collapses flat when you need to store it, and opens out into an ergonomic head-shell when you need to wear it. Not to mention, it comes with the additional benefit of providing ventilation thanks to the air-vents in its unique design. 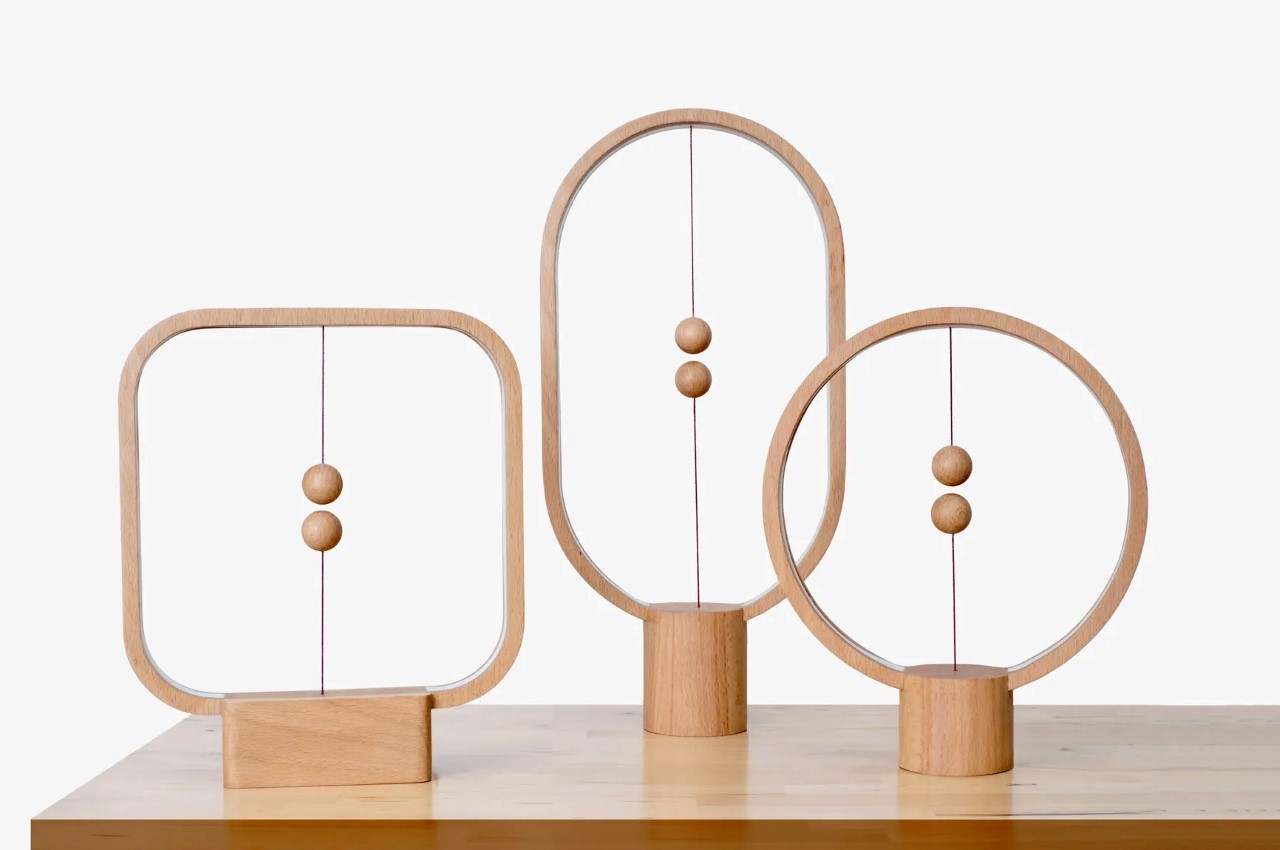 The award-winning Heng’s clever design lies in its brilliant element of interaction that controls the lamp’s light. The lamp’s hollow center has two magnetic orbs within it that switch on and off the light within the lamp’s ring. The strings are short enough to allow both the orbs to be attracted to each other, yet still not touch. When the lower orb enters the magnetic field of the upper one, the lamp switches on. Release the lower orb and the lamp goes off. 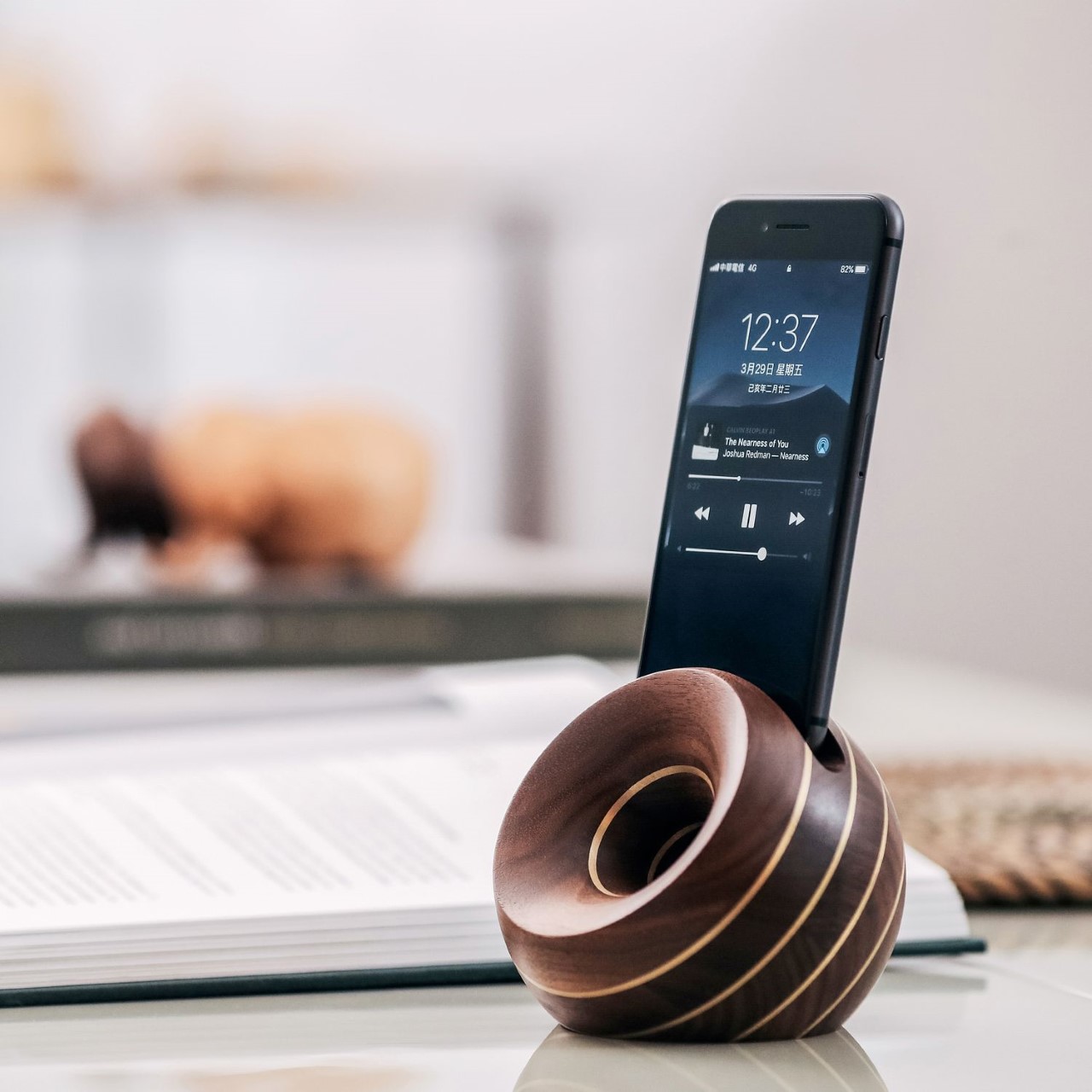 A universal speaker that relies on the power of acoustics instead of the connectivity of Bluetooth, the EcHome speaker simply creates an echo-chamber around your smartphone’s speakers, amplifying them naturally. The wooden speaker doesn’t rely on any electronics or a battery and will work with any phone, every time!

ONE3 Ruler Pencil by TA+d 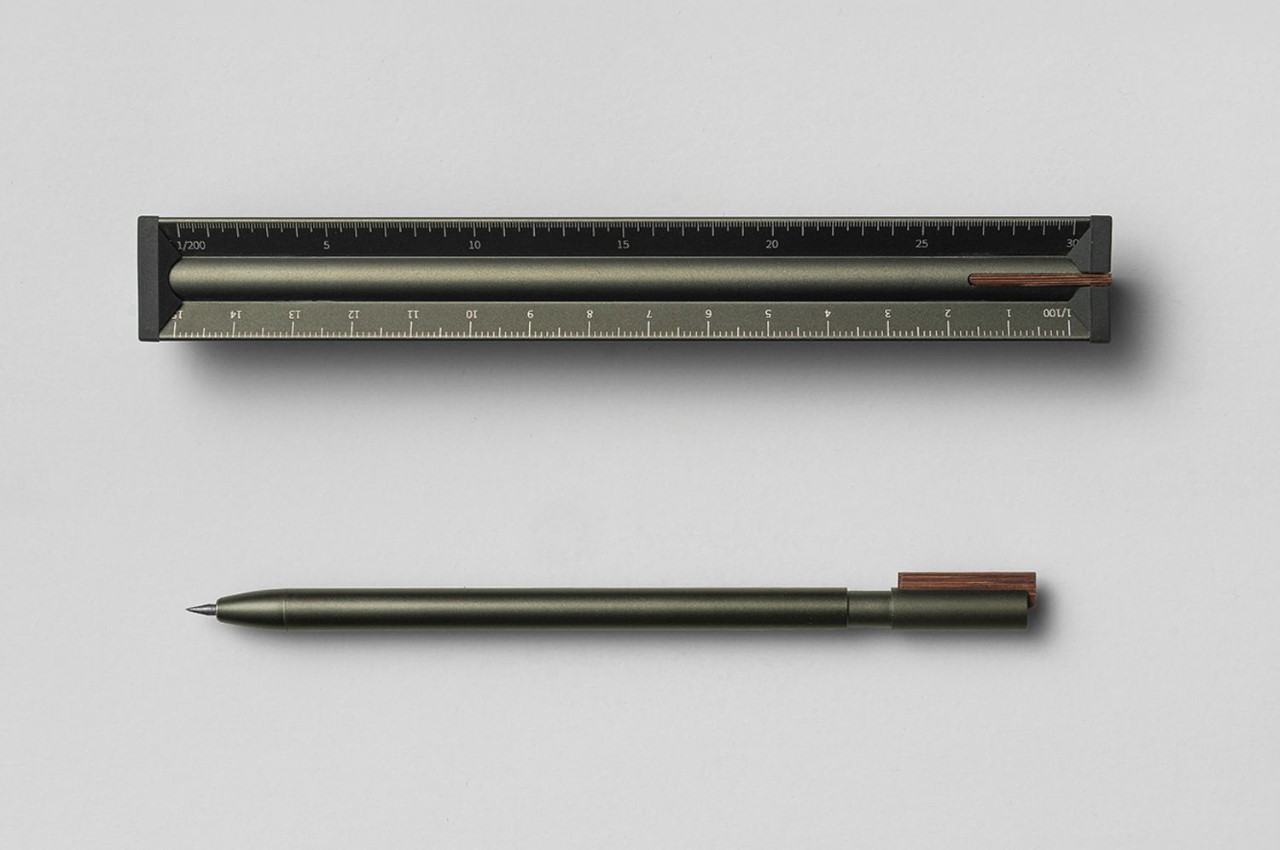 By fusing two products into a single form, the ONE3 Ruler Pencil isn’t just compact, it’s conveniently classy too! The ruler boasts of a triangular design that’s easy to grip and maneuver, but it comes with a hollow center that’s perfectly designed to store the ONE3’s pencil when not in use. A magnet even holds the pencil in place, preventing it from accidentally falling out. 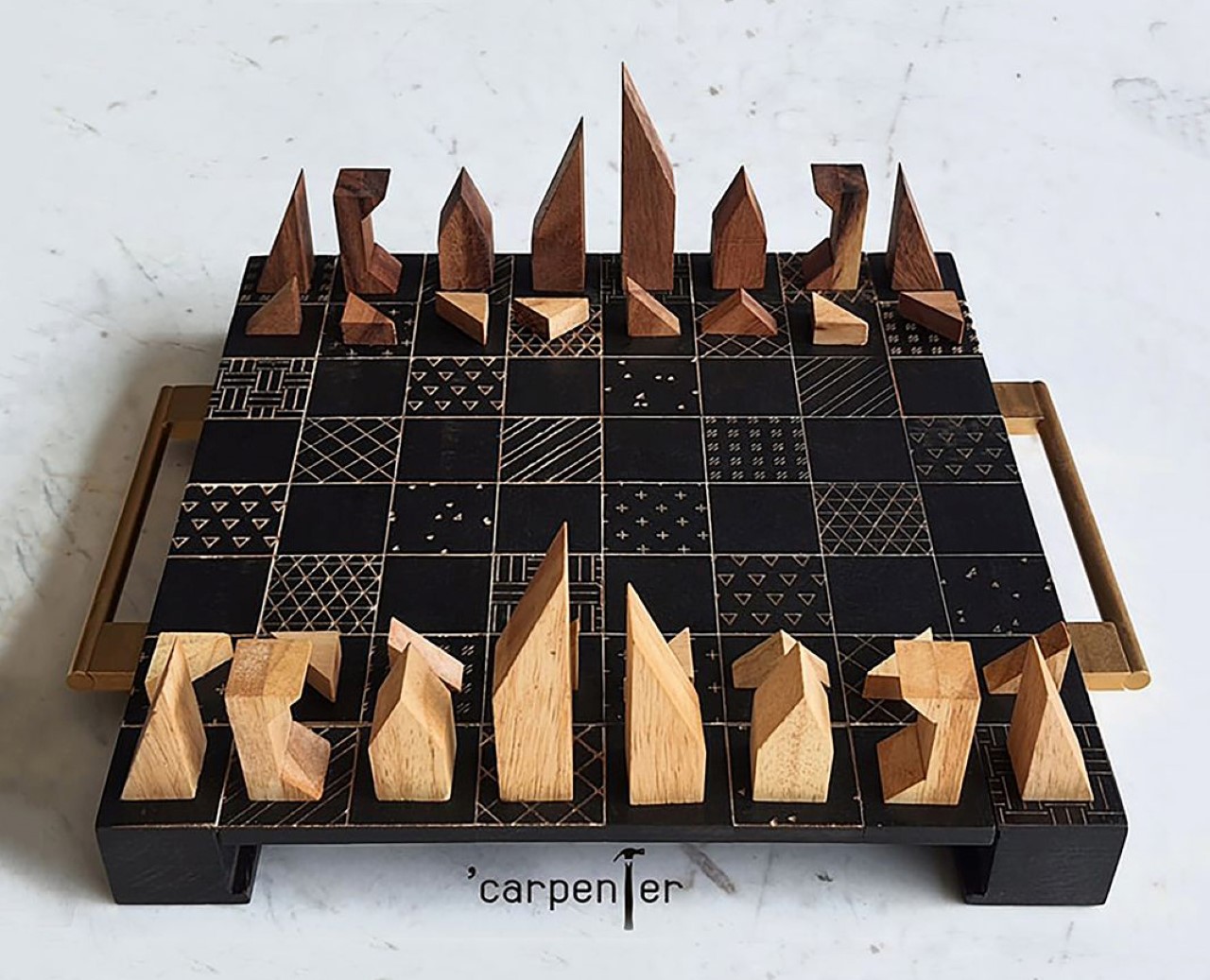 Inspired by the Netflix series “The Queen’s Gambit”, this unique looking chess-set was created with an architect’s mindset, using geometrically-designed chess pieces that look like an abstract city layout when the pieces are on the board! 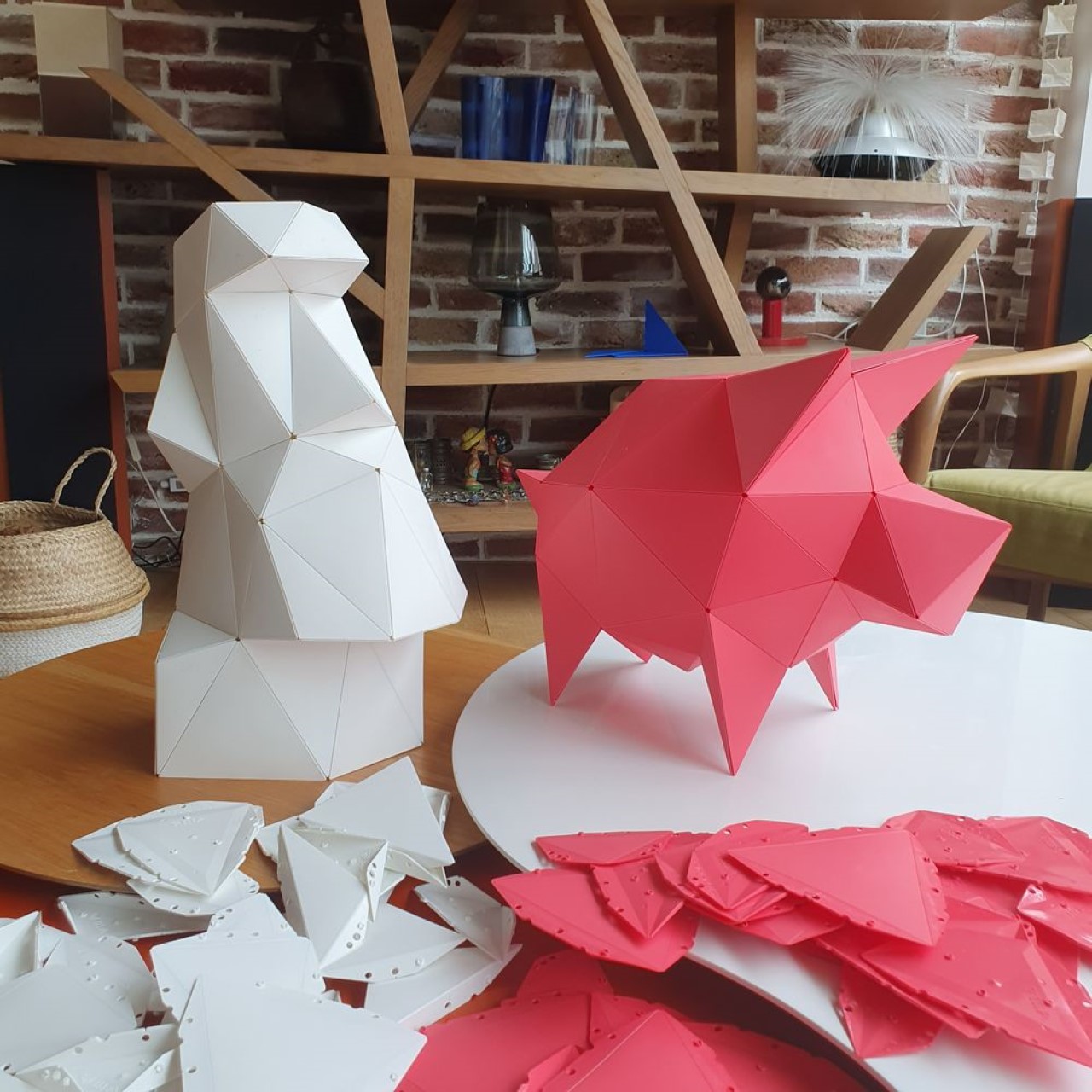 If hunting game and taxidermy animal-heads aren’t quite your thing, Stéphane Villain’s DIY animal heads are a cruelty-free quirky-looking alternative! The heads come flat-packed and assemble like origami, adding a low-poly touch to your room’s decor! 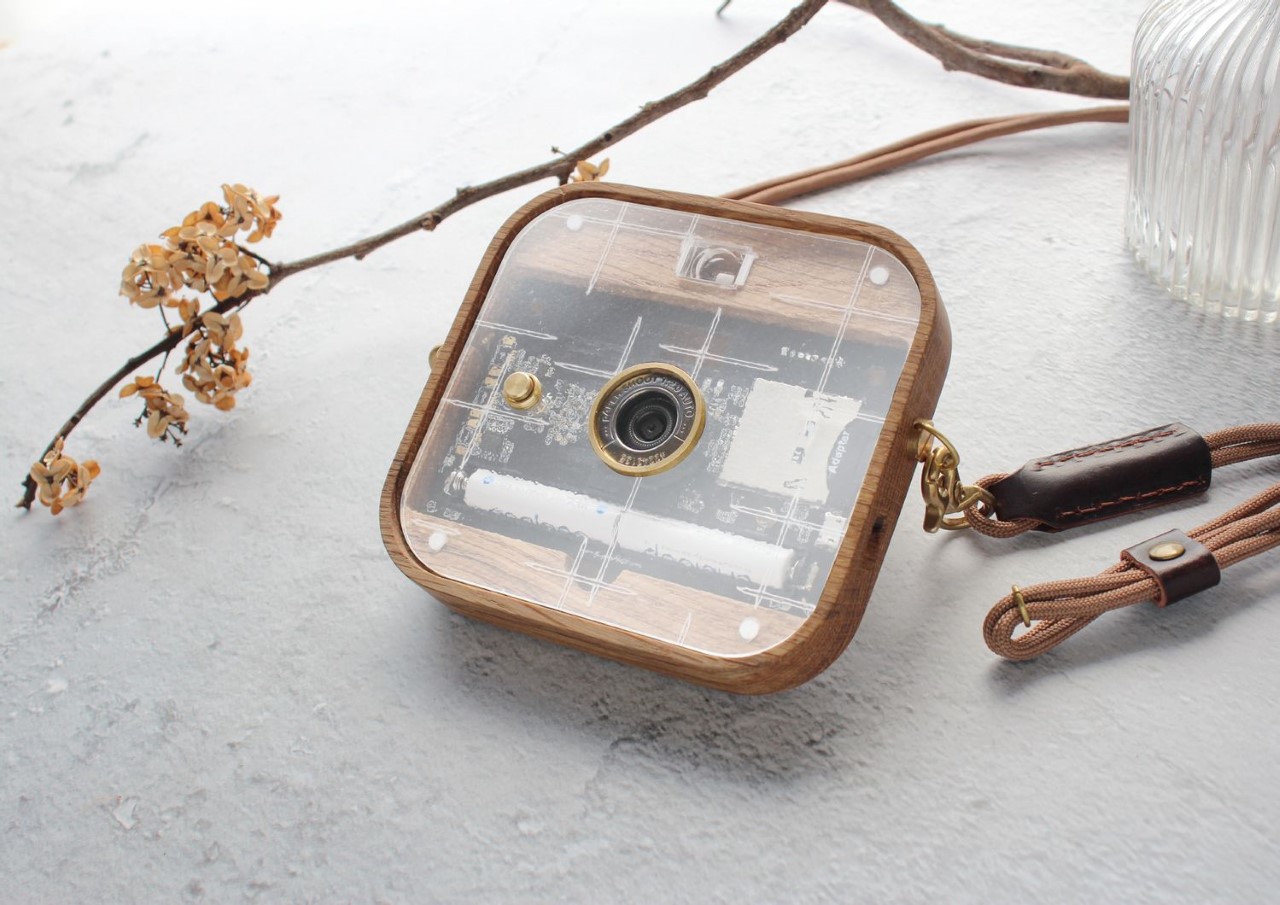 Taking the term ‘Raw photography’ to the next level, the Paper Shoot camera is an unusual camera that’s made from eco-friendly materials. The camera’s designs are based on the philosophy of ‘less is more’ and come as an unassembled set of components that you put together, building the camera from scratch that you can then customize with your own prints and patterns! 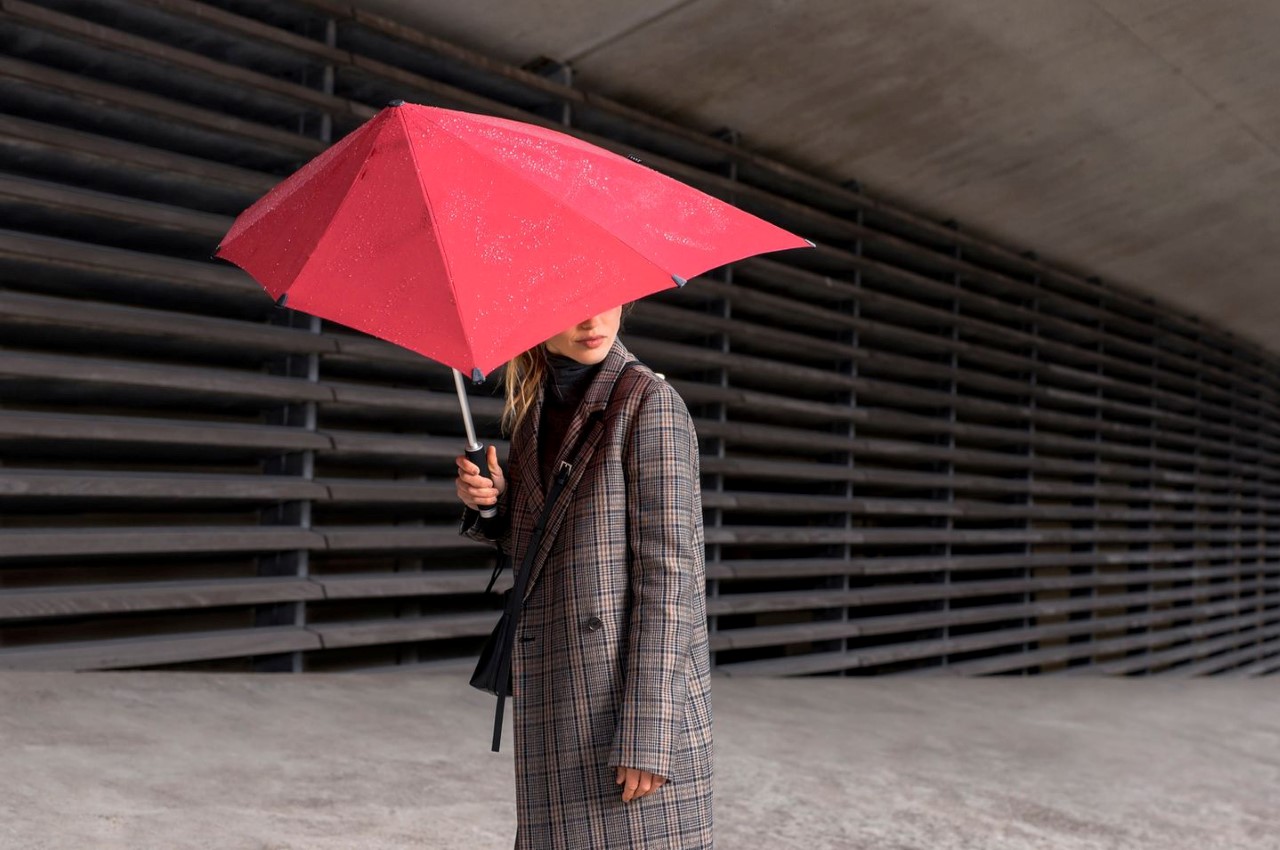 The Original Storm Umbrella is absolutely gust-resistant! No matter how strong the wind, the umbrella’s unique design won’t ever flip over. Moreover, its aerodynamic shape was calibrated to easily cut through the air with minimal drag too, which means you can hold the umbrella comfortably with one hand in a storm! Oh, and when you’re indoors, the umbrella folds into a compact portable avatar, just like your regular umbrella.

We’ll do just about anything to make the time pass while flying and now that includes putting together our headphones! The Phitek Nebula headphones arrive…

An Appliance in Disguise

The Cozy table exists at the intersection of furniture and appliance, doing double duty as a both a side table and indoor air purifier. Because…

Gaming sector is overtaking the movies and music industry – with even more rise in the graph expected in the coming years. PC and console…

https://www.kickstarter.com/projects/luxmea/nuo-3d-mask The N95 is great and terrible, both for the same reason. It’s great because of its one-size-fits-all design which is perfect for two reasons…