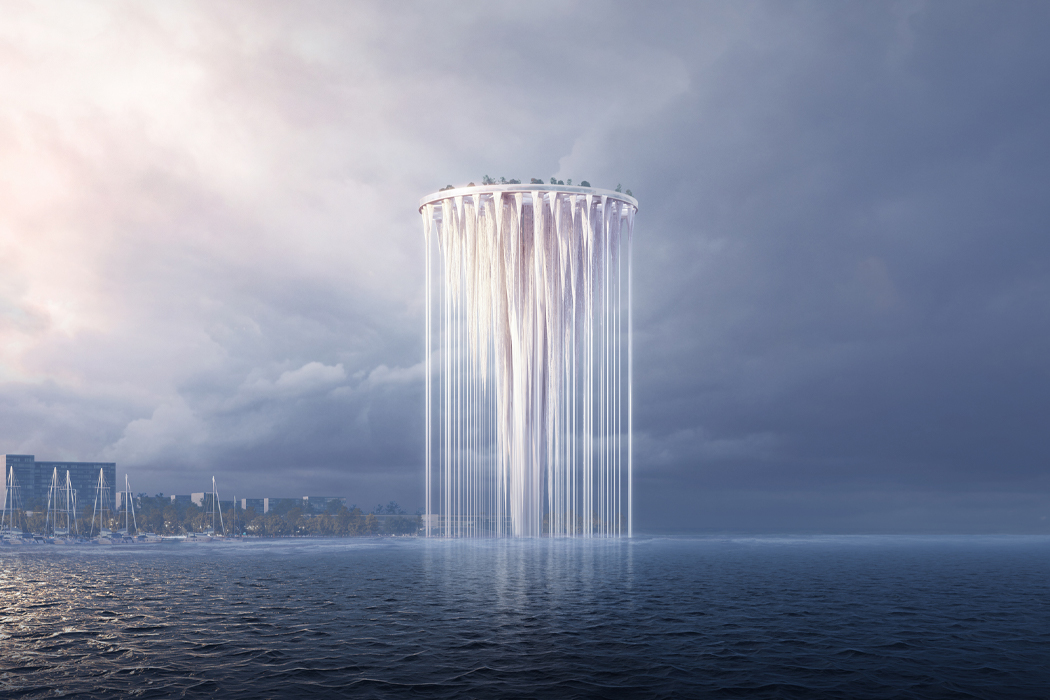 In the Qianhaiwan district of Shenzhen, China, the winning architectural design for the city’s New City Center Landmark competition has been given to Sou Fujimoto Architects for their floating water tower. Slated for ascent in Qianhai Bay, the new tower will appear almost like a freestanding, cylindrical water fountain. Rising to 268-meters in height, Sou Fujimoto Arhcitects’s tower will feature 99 pillar-like support beams, or “islands,” to carry the tower’s upper horizontal structure. Starting from the bay and moving towards the round upper deck, the pillars of the new tower gradually expand in width and stature to close in on the design’s symbolic ode to “the future of society in the age of diversity.”

Finding the initial inspiration for the ‘99-island’ tower, Sou Fujimoto turned to iconic landmarks like the Eiffel Tower to develop their own urban monument for the modern age, asking, “What does a new ‘tower’ mean in the 21st Century? How can a tower evolve while continuing to attract attention, as the Eiffel Tower does? And [one] which would face towards the bay?” From afar, the new tower will appear as a single entity, a solid structure, slowly distinguishing itself as a collection of columnar pillars that gradually split upon closer viewing. The illusion of being one solid structure as well as an orchestra of different parts sheds a brighter light on Sou Fujimoto Architects’ initial concept of inhabiting a future during this burgeoning age of diversity.

The new tower’s uppermost plane serves as a viewing platform, doubling as a three-dimensional exhibition space with enough room for both a restaurant and cafe. In addition to the minimal structural support that the pillars provide for the round upper deck, a centralized core bolsters the tower, which is then stabilized with a steel truss system and Kevlar tension cables located around the outer edge of the tower’s base. Constructed primarily from steel, concrete, Kevlar Rope, and carbon fiber, Sou Fujimoto Architects’ design for the New City Center Landmark competition uses structurally sound and unadorned building material to realize a contemporary microcosm of our diverse, complex, and ever-evolving world. 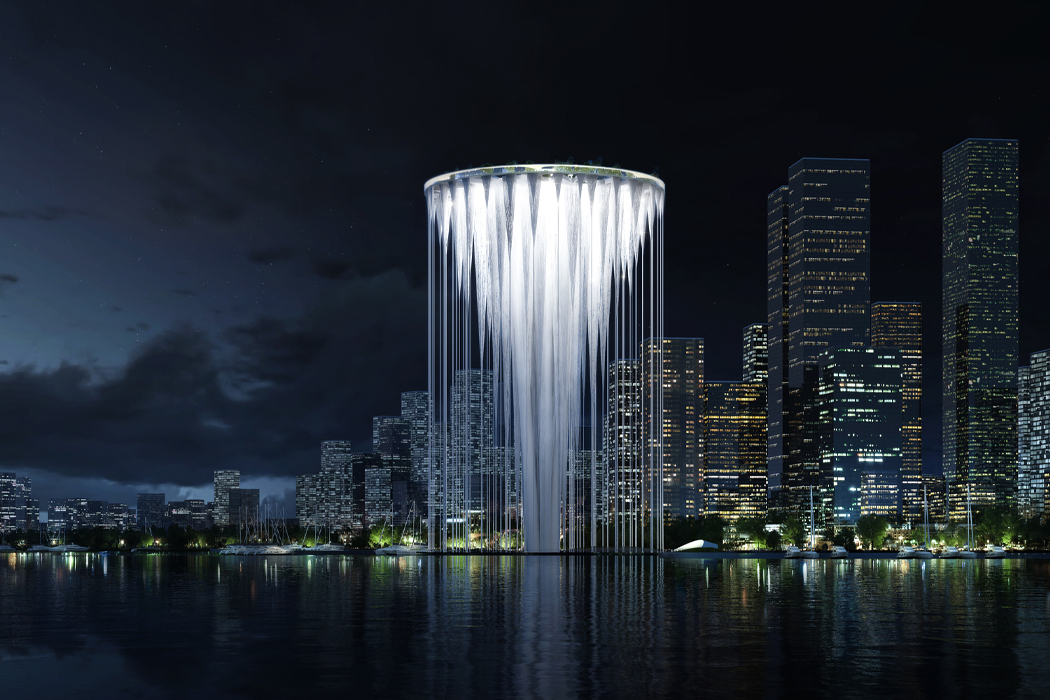 Appearing as if it’s suspended from mid-air, the plan for the new tower will feature 99 island-like pillars stemming from the round upper deck to the bay. 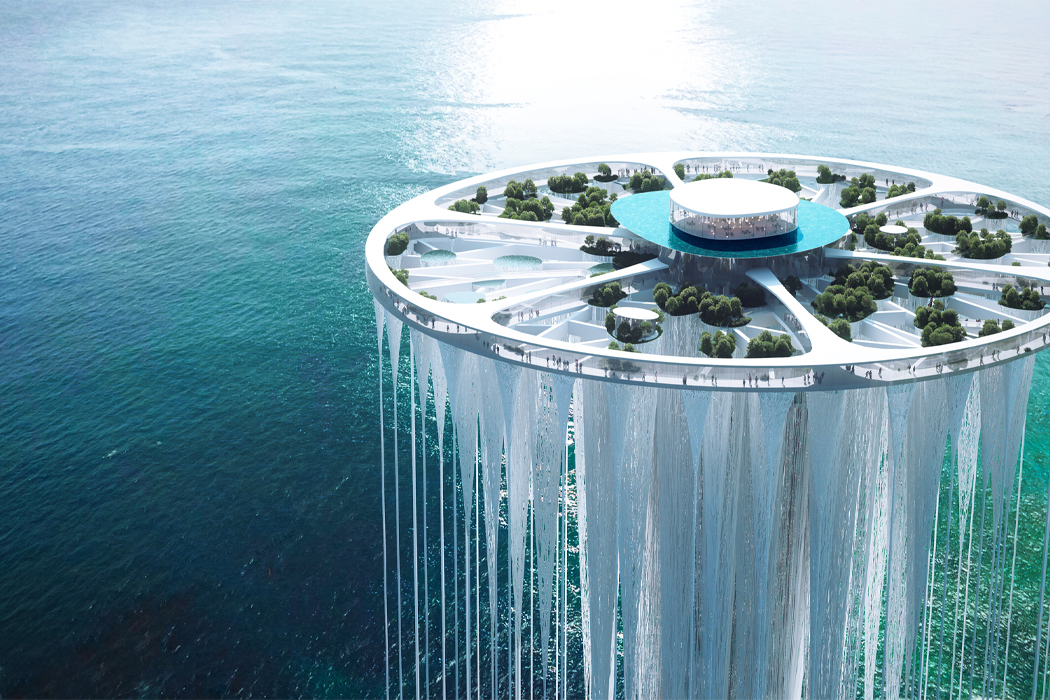 The upper deck works as an exhibition space. 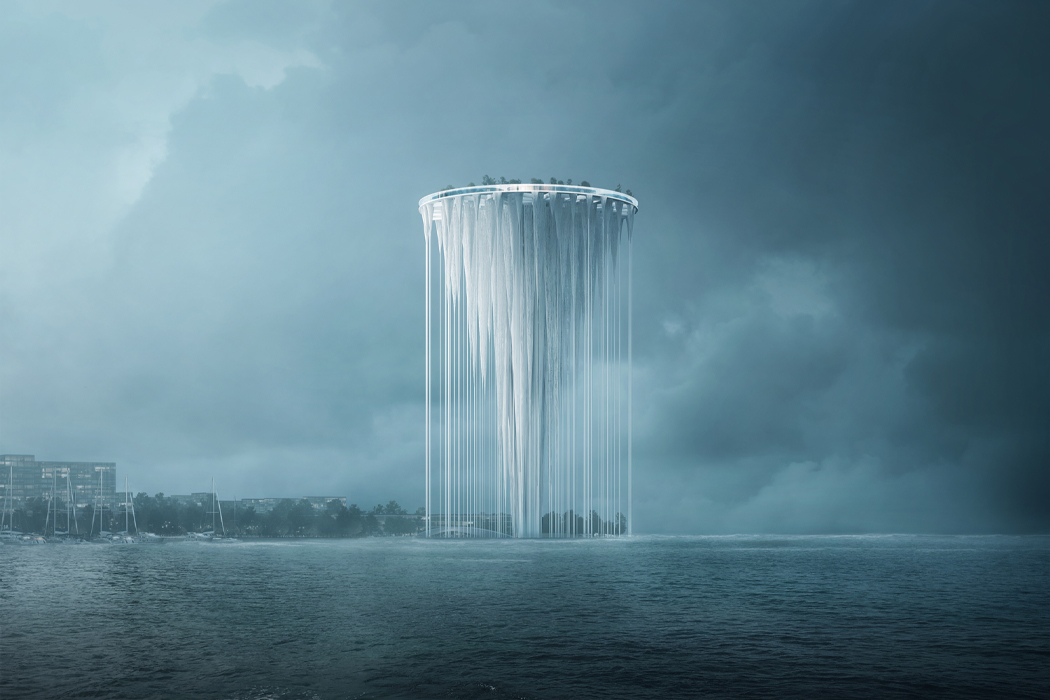 From afar, the new tower looks like a freestanding, cylindrical water fountain. 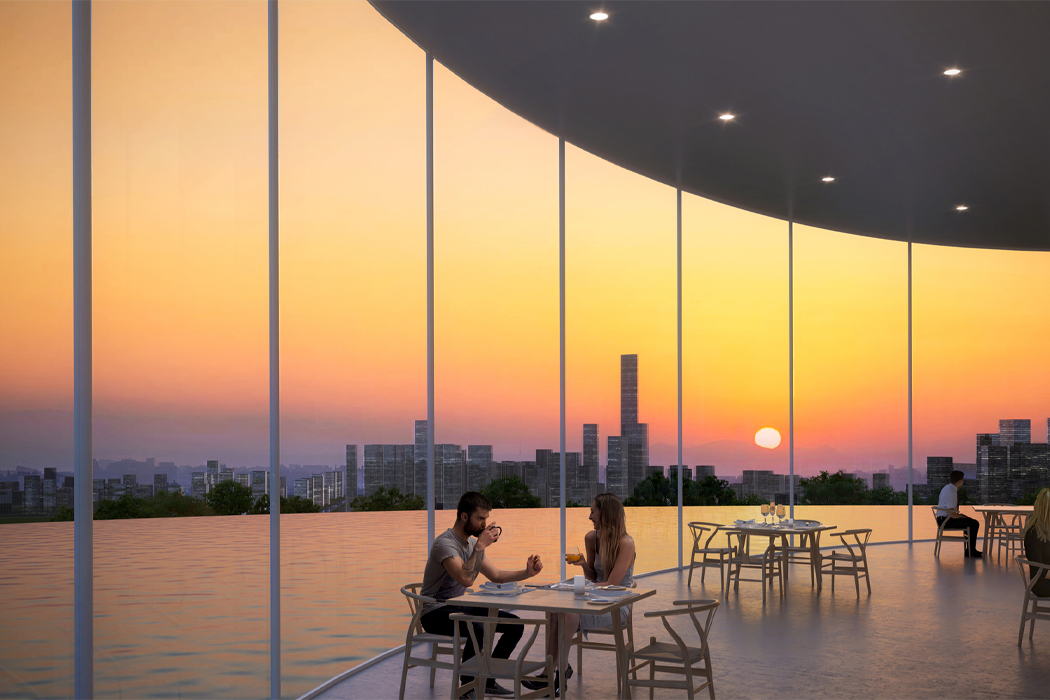 The upper viewing area is meant to appeal to tourists and residents alike as a social hub where new views of the city can be accessed. 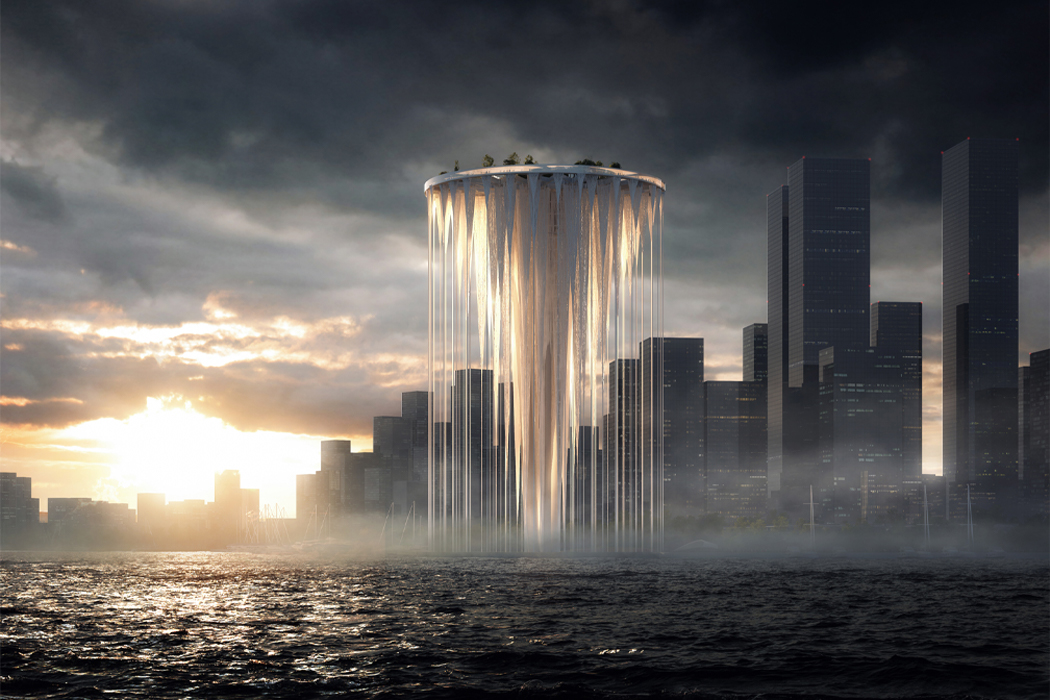 A centralized core supports the tower while a peripherally located steel truss system and additional Kevlar tension cables stabilize it. 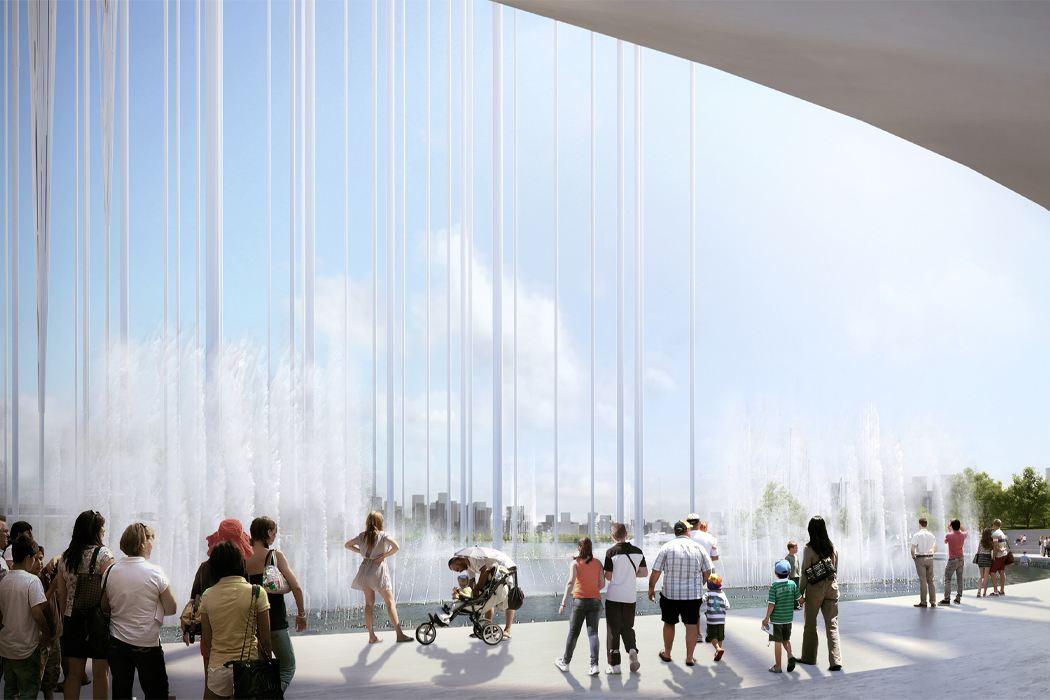 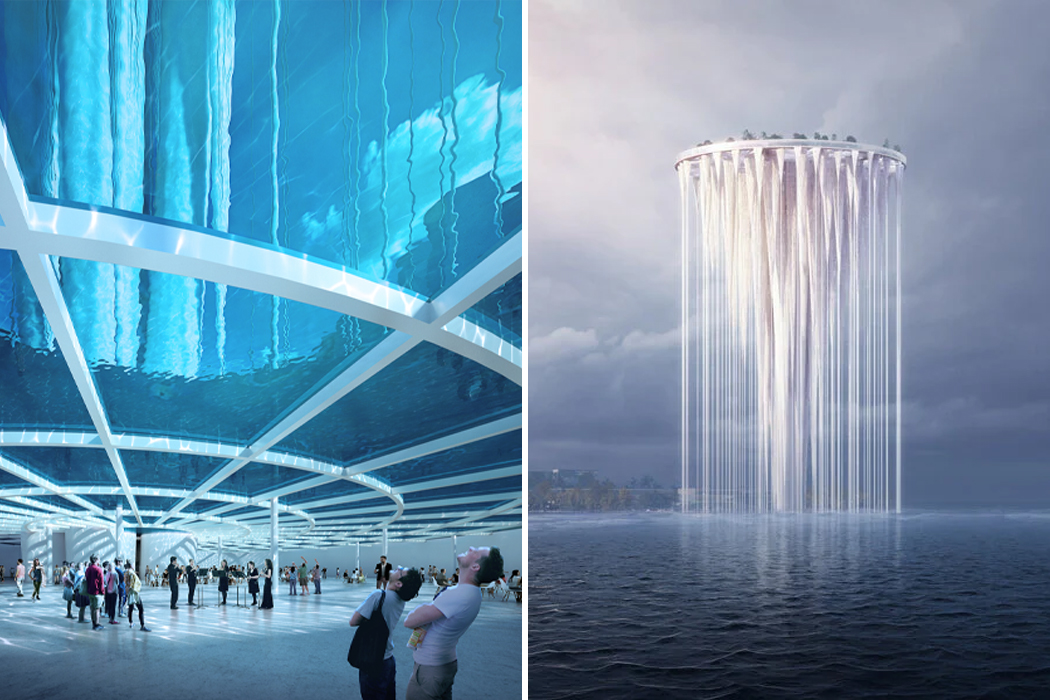 Inside the tower, tourists can view the bay from below and rise to 268-meters above sea level. 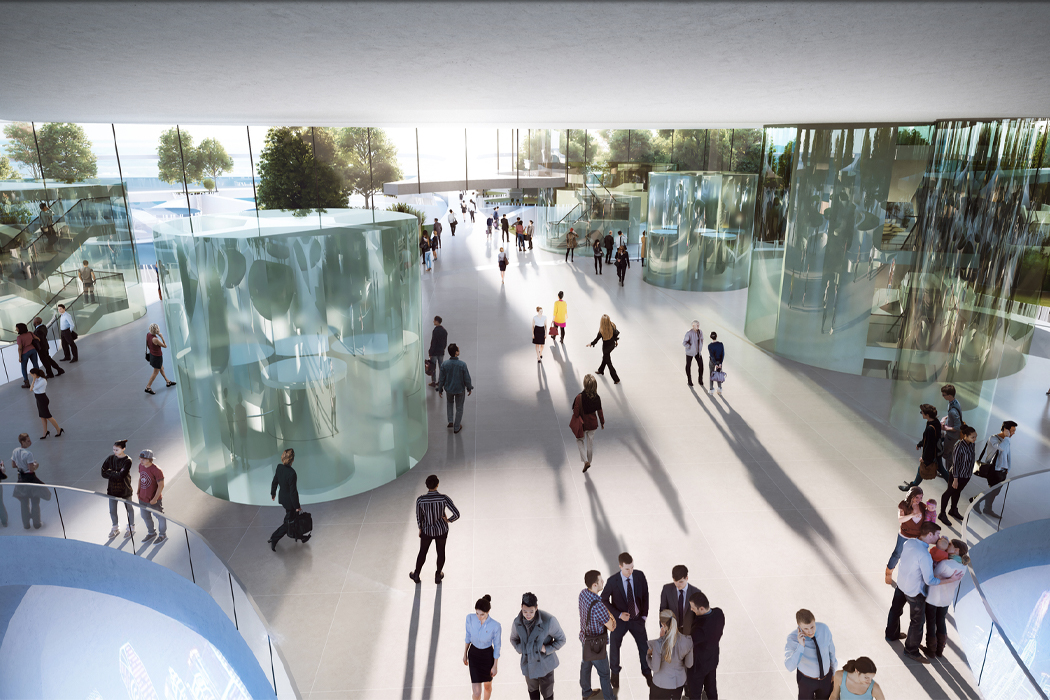 A three-dimensional exhibition space gives tourists space to enjoy all the amenities the new tower has to offer. 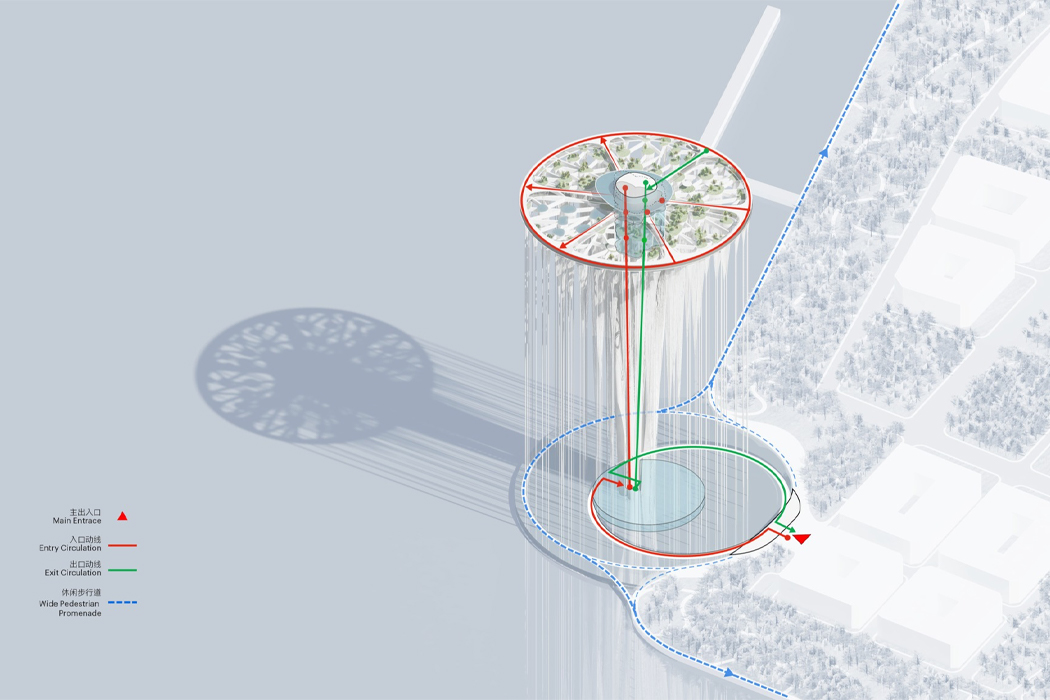 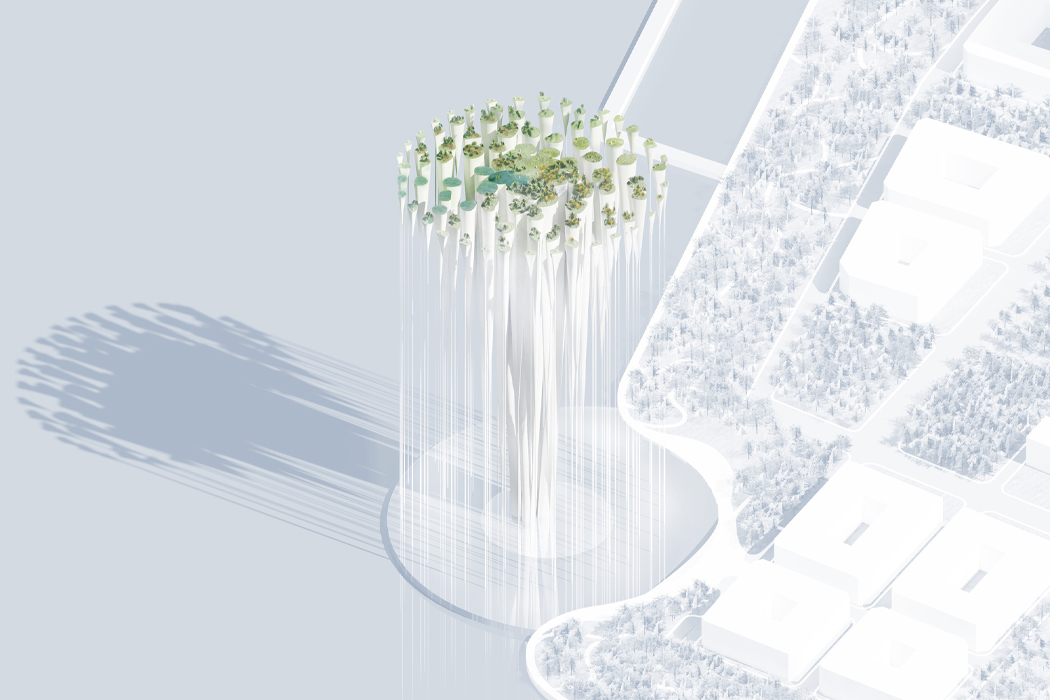 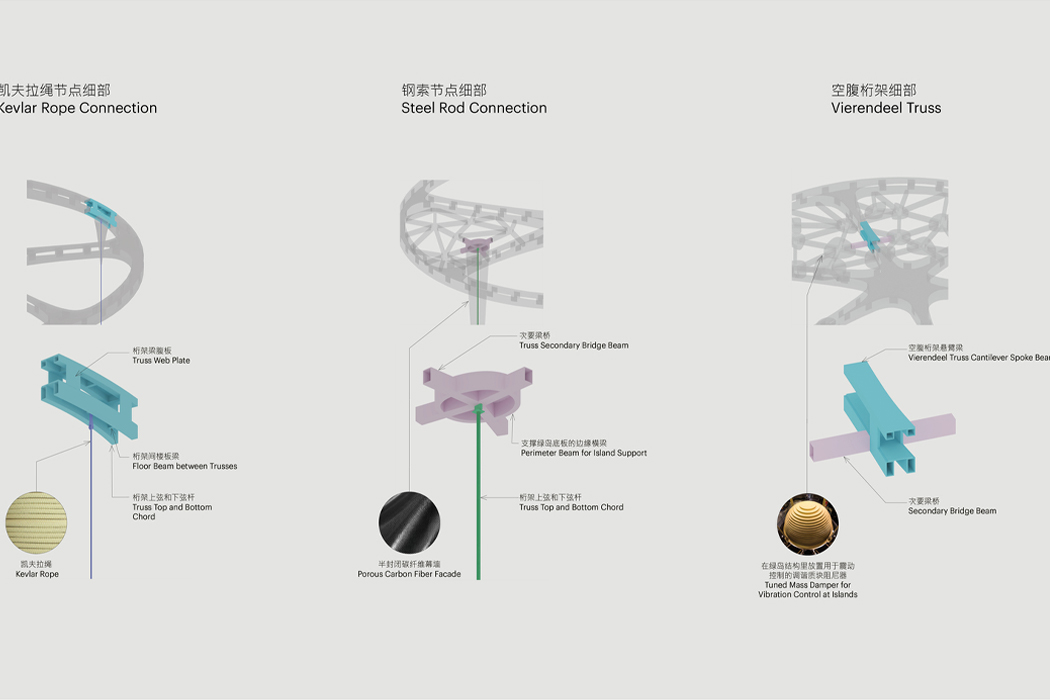 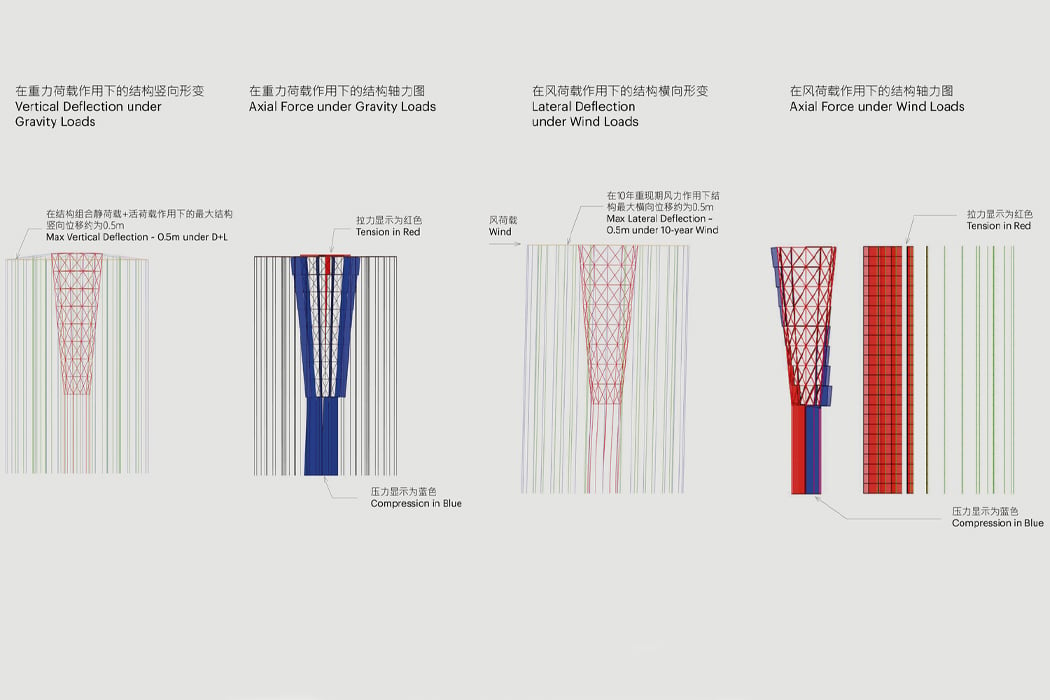 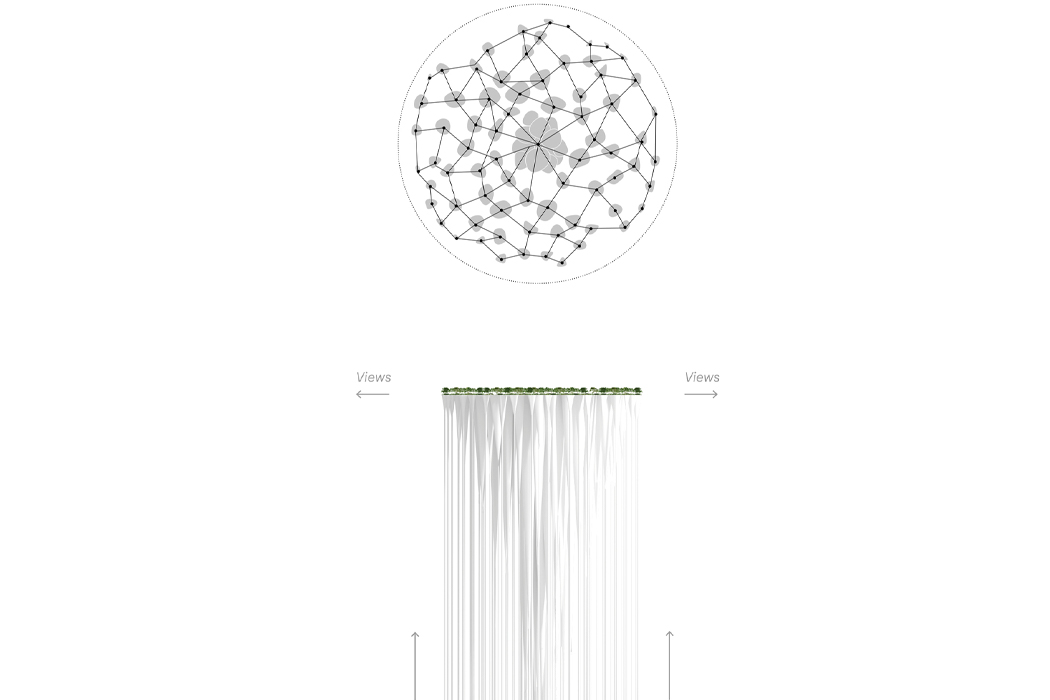 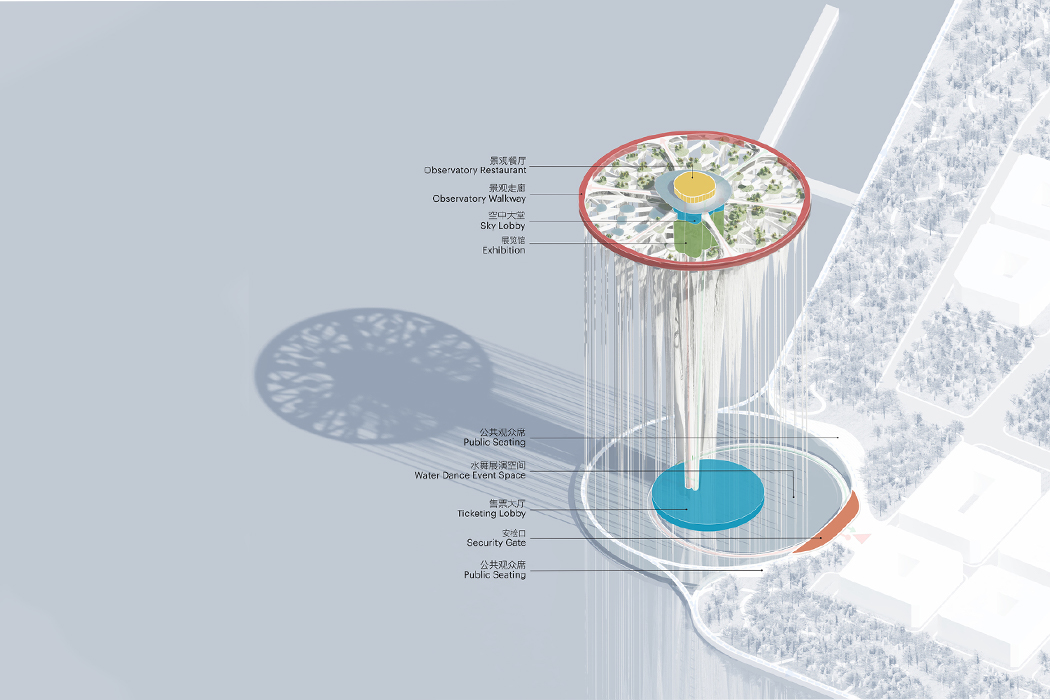 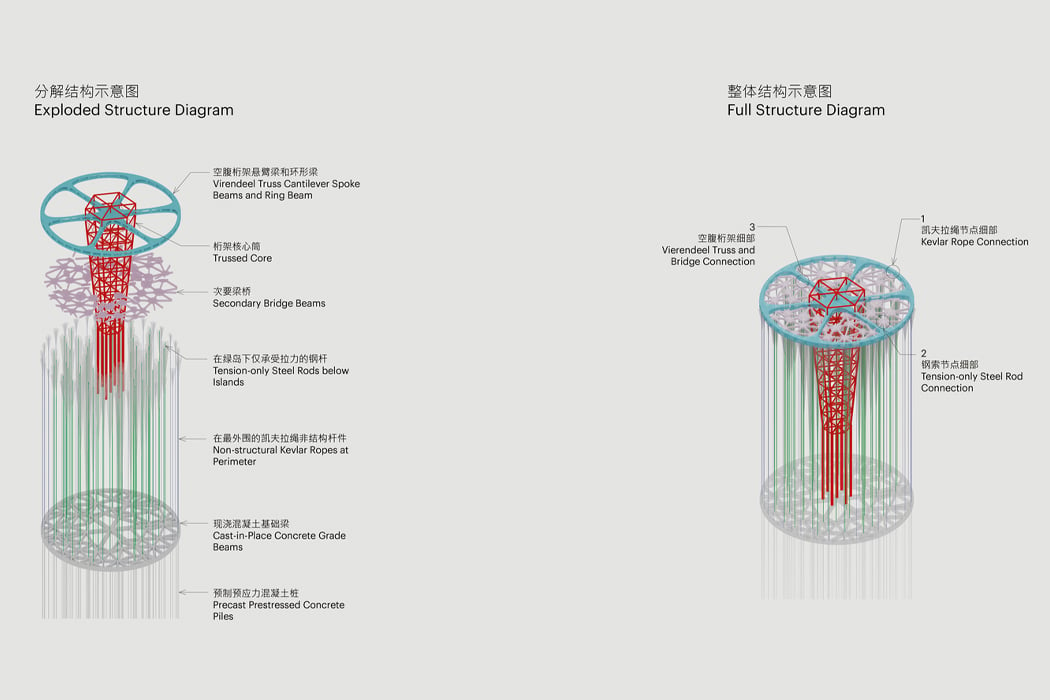 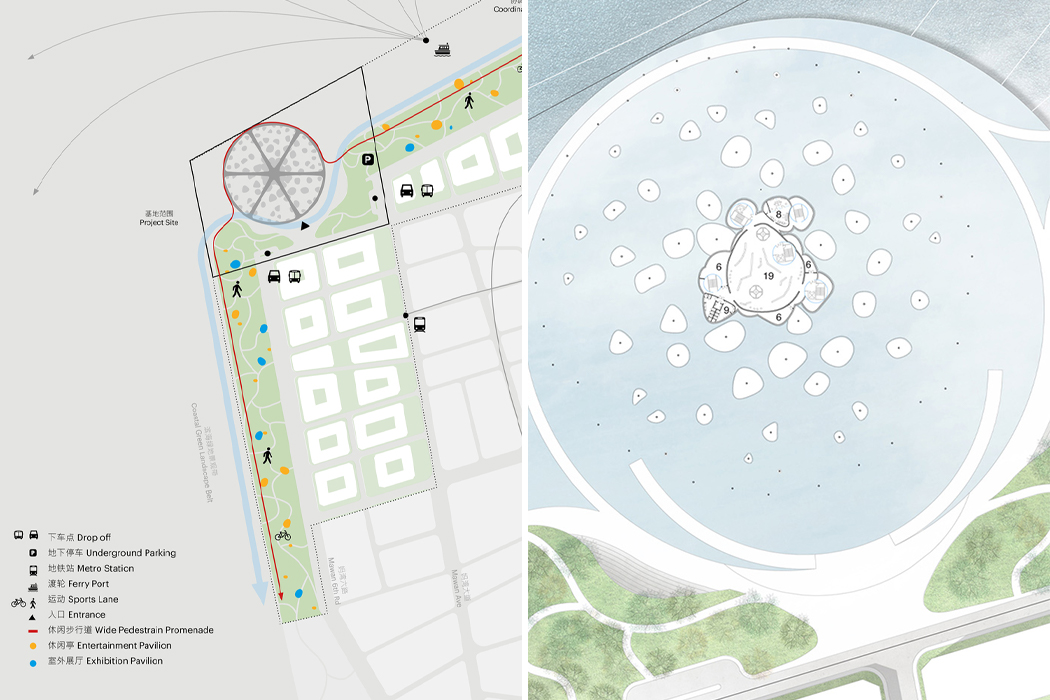 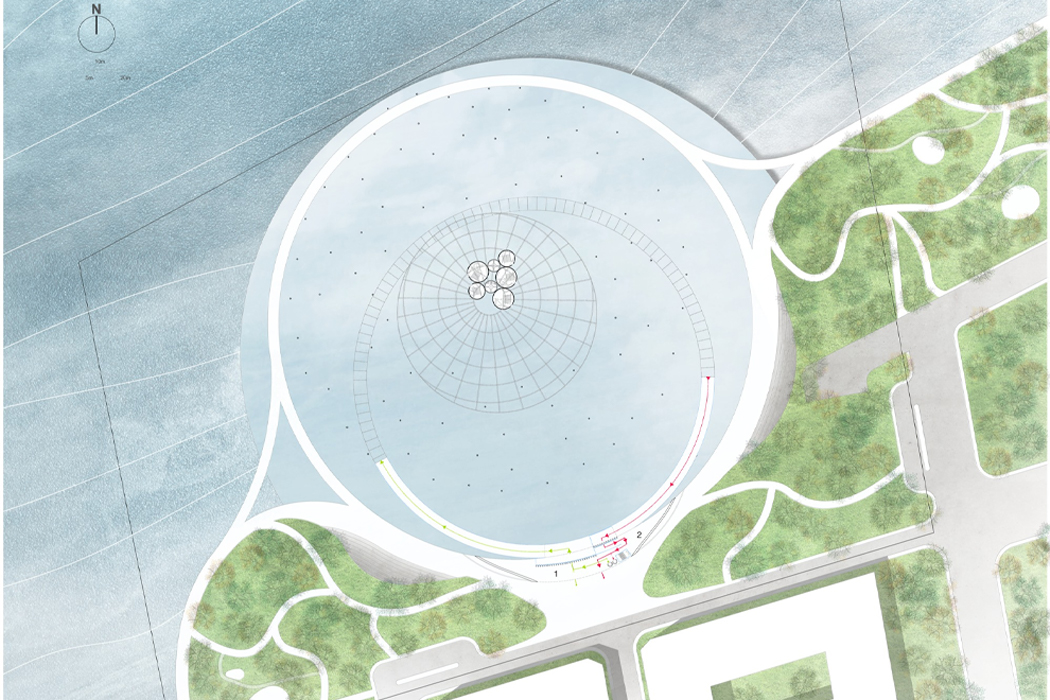 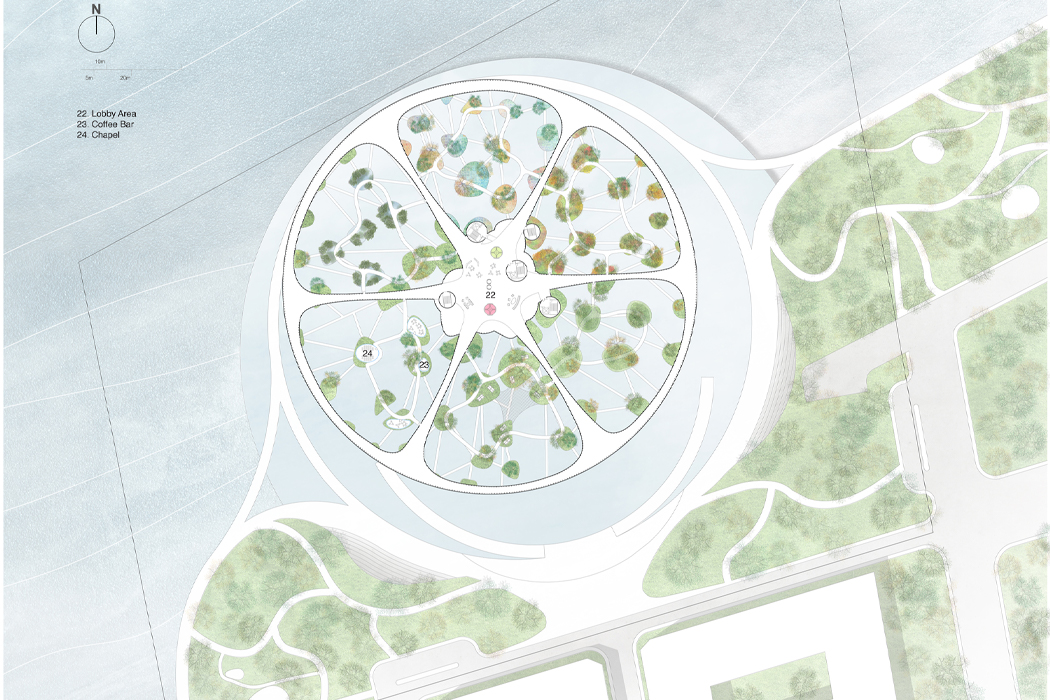 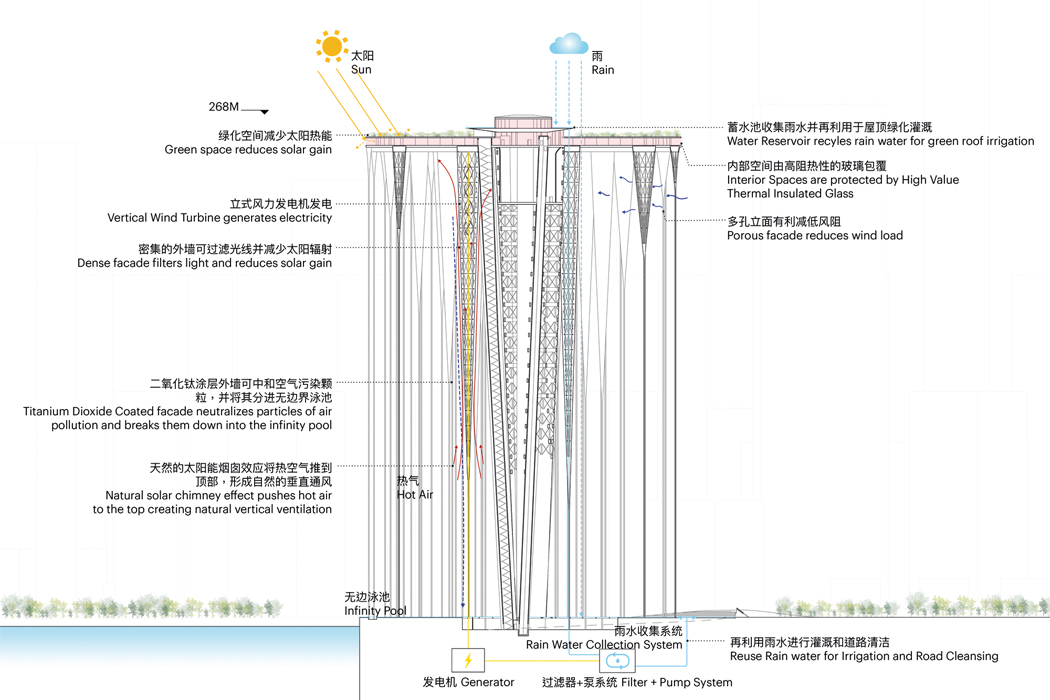 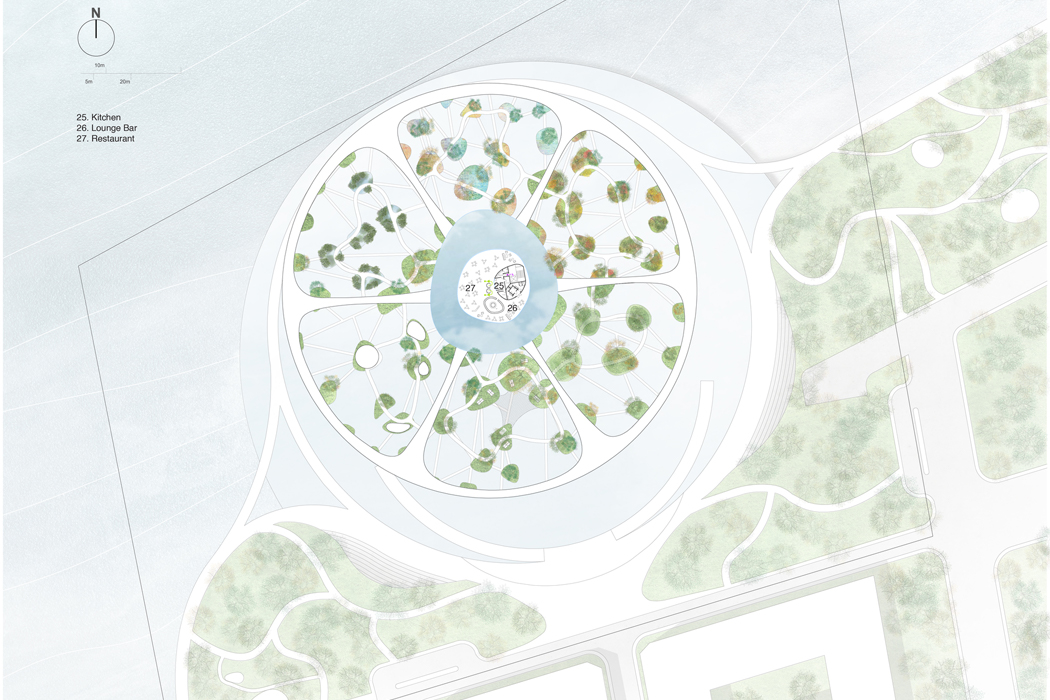 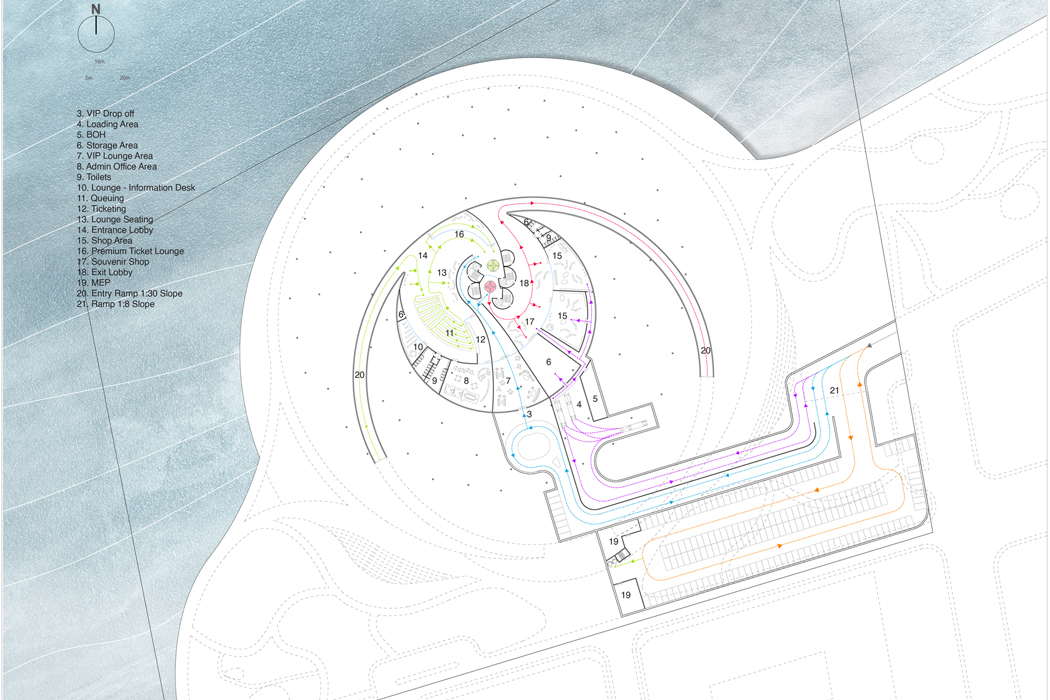 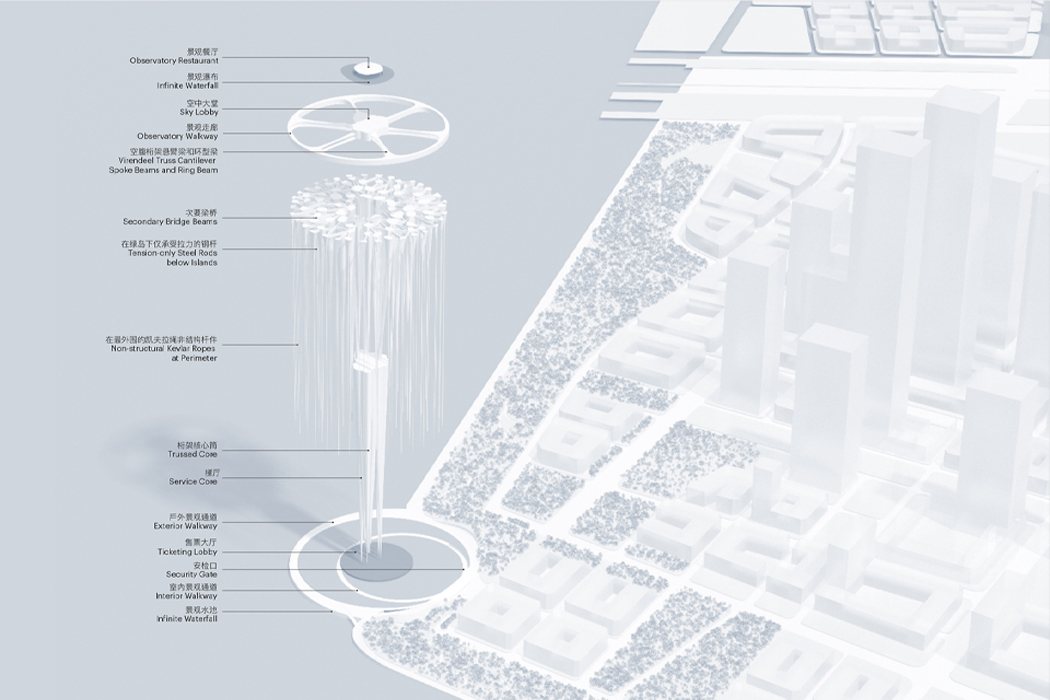 Museum to the Stars

Sitting like a shuttle to Naboo, this design by Zaha Hadid Architects was picked to be the new Guggenheim Hermitage Museum in Vilnius, Lithuania. Zaha…

On January 25, 2007 Aspen/Snowmass hosted the official unveiling of Red Bull Illume Photography Exhibit, providing the most dramatic compilation of action and adventure sports…