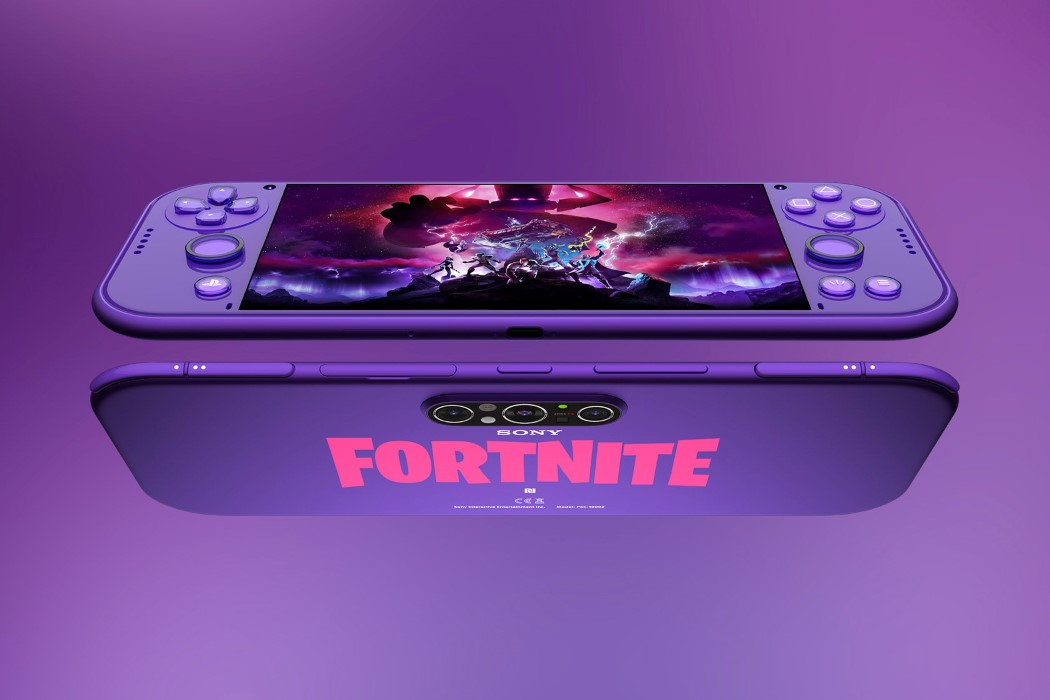 While the company’s facing severe chip shortages, leading to high demand but throttled supply, this conceptual Playstation 5G would be a perfect way to quench the demand while allowing Sony’s entire PlayStation catalog to go mobile. Designed by New York-based Anesthétique Projets, the Sony PlayStation 5G concept shrinks the gaming console into a nice, portable design, and in the meanwhile, creates the perfect rival to the Nintendo Switch Lite. 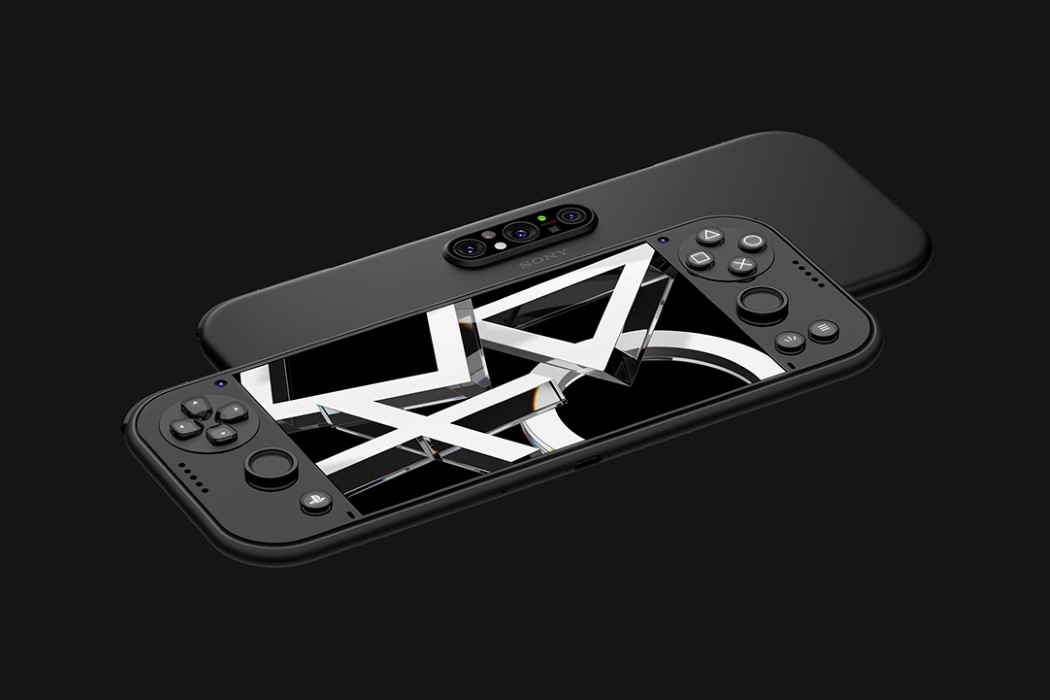 It’s difficult to look past that Switch Lite visual comparison because, in its essence, that’s really what the PS5G is. However, the PS5G comes with some notable upgrades – An incredibly slim, almost smartphone-like design, a multiple-camera setup, and 5G capabilities. Is it a smartphone? Is it a gaming console? Does it run a PS-themed version of Android? Based solely off these renders, I really can’t tell… but let’s dig in further. 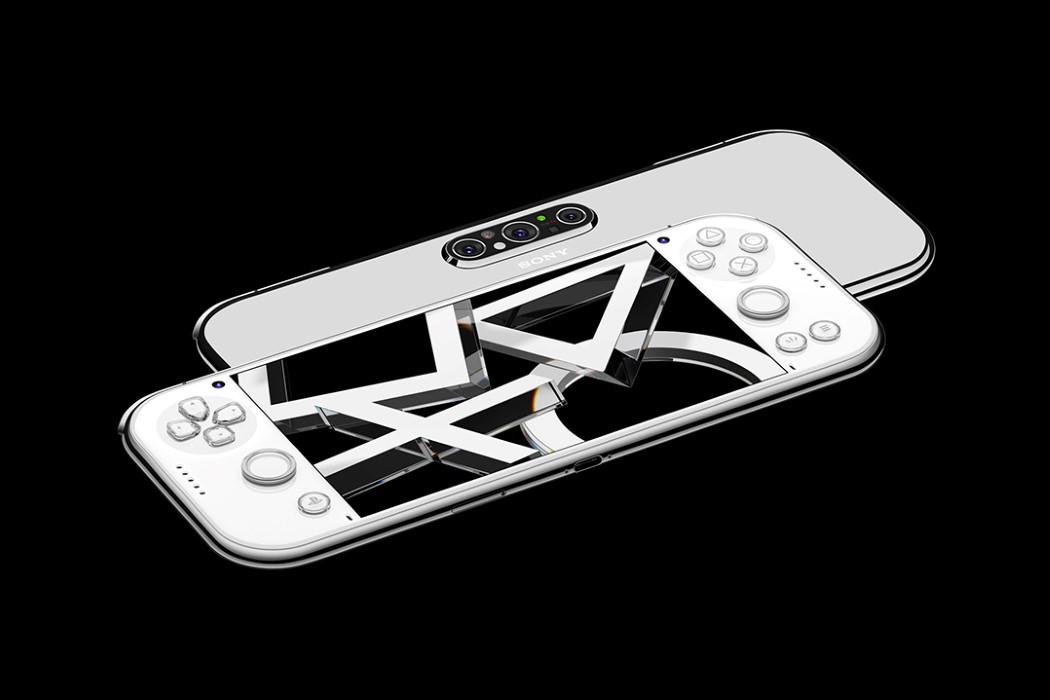 It’s been rumored that Sony’s working on a cloud-gaming platform to rival Google Stadia and Microsoft Xbox Game Pass. Codenamed ‘PlayStation Plus’, it brings all of the popular PS titles to your smartphone, allowing you to game in a device-agnostic fashion. Given that mobile gaming is now the most popular gaming format in the world, it really makes sense. In that regard, it would also be sensible to conclude that the PlayStation 5G is more of a console/smartphone hybrid. Would that dilute or hurt the Xperia brand? Probably. Would it really be a bad thing? I don’t think so. 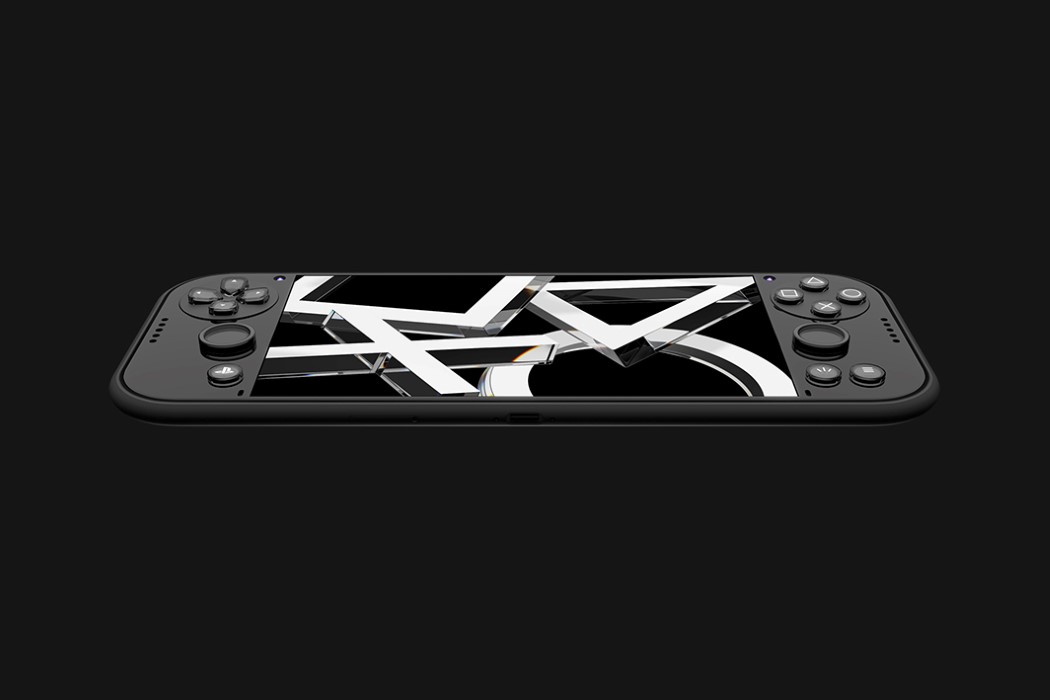 An Android smartphone/gaming-console wouldn’t be a bad thing. The PS reputation has enough weight to really create the demand needed to make this popular. Besides, the PlayStation 5G concept has a nice large touchscreen, a slim form factor, physical controls, and a powerful multi-lens camera that sort of makes it feel like the best of both worlds. Just plug a SIM card in, connect to a 5G network, and you can play console-level games practically anywhere. The presence of a 5G network could potentially help the device overcome the hiccups that Google Stadia currently faces, and just like every smartphone has a killer feature (it’s usually always the camera), the PlayStation 5G’s killer feature would pitch it against more gaming-prone smartphones like the ASUS ROG Phone, or the more recent Lenovo Legion Duel 2 Phone. The PlayStation 5G’s secret sauce? Its ability to play PS titles… and also those physical controls. 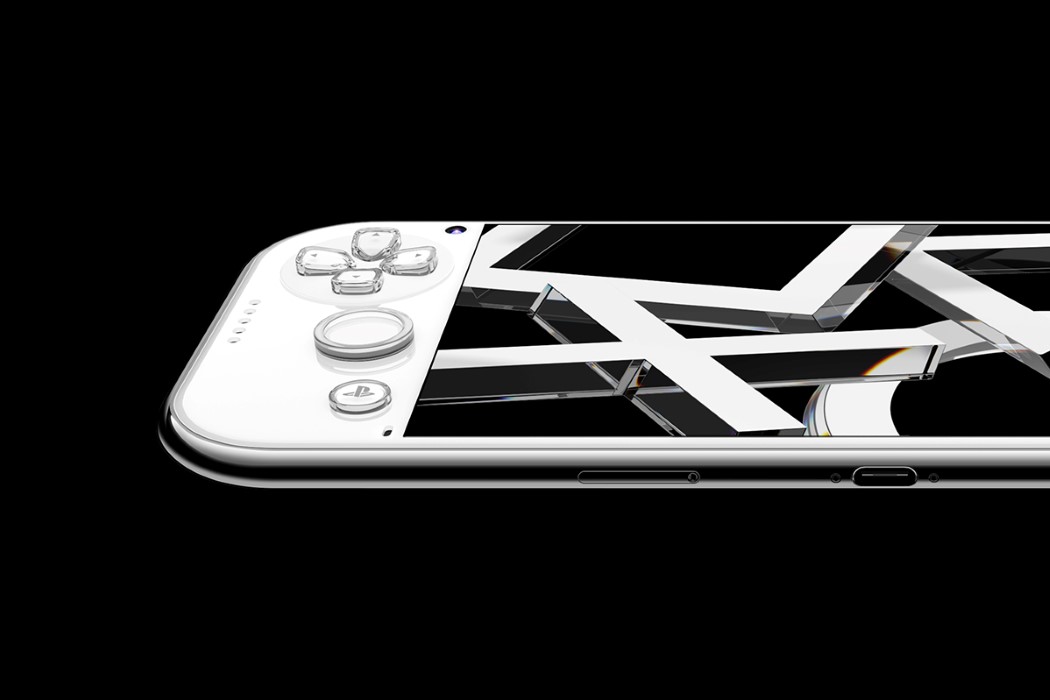 The controls are what makes the PlayStation 5G a bonafide gaming phone. It comes equipped with all the buttons, a D-Pad, action keys, two joypads, and even the L1/L2 and R1/R2 shoulder buttons. The device also comes with front-firing speakers and TWO front facing cameras, located on the top left and top right of the screen as you hold it in landscape mode. It even comes with a dedicated PS button, an option button, and a share button, giving you everything you need in a handheld gaming device. The charging port is located on the bottom of the phone as you hold it in landscape mode, allowing you to charge without the cable getting in the way of your grip. 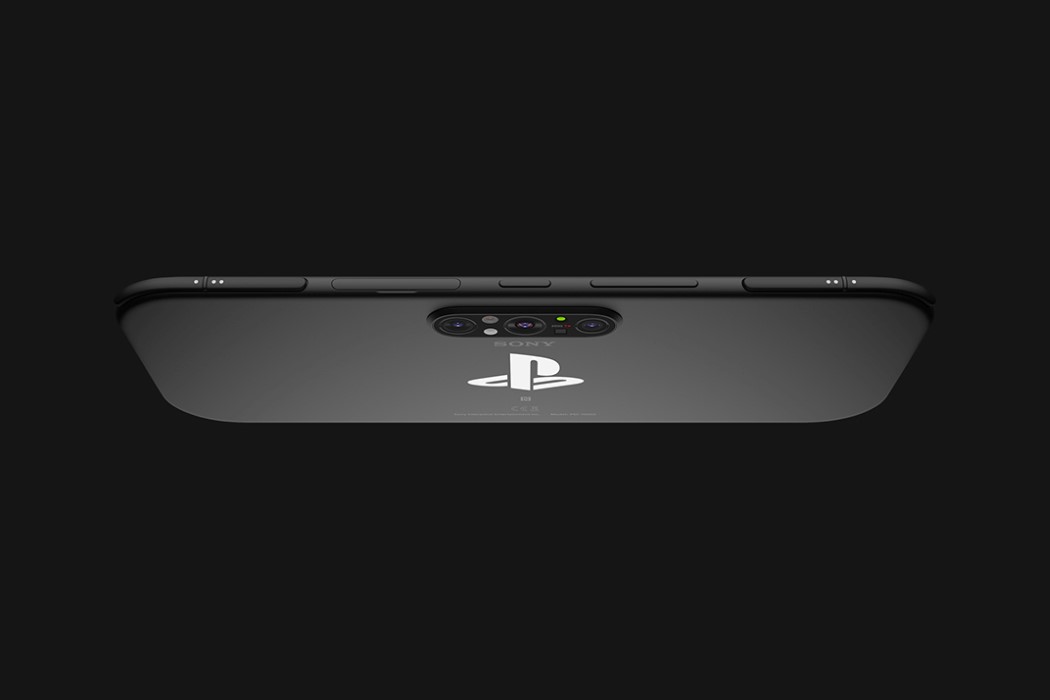 Given its conceptual nature, there’s little clarity on the phone’s OS and that camera module. It would be safe to assume that the PS5G runs a version of Android tailored to Sony’s specifications… and that camera module looks like it has at least 5 lenses (if you look real close), along with Zeiss branding on it. That would basically help Sony do two things. A. Blow the Nintendo Switch out of the water, and B. Get more people to adopt and test out its camera system, which tends to get ignored along with the Xperia lineup.

While my heart really wishes this device were real, sadly it’s just a concept. Sure, there are a few grey areas as far as the features and technicalities are concerned (Is there a headphone jack? What’s the battery life? And will this phone also be able to run Google Stadia and Microsoft Xbox Game Pass?) but at least on paper, the PlayStation 5G would really help Sony sell more handheld devices while quelling the high demand for the PS5 and eventually even getting more people aboard its ambitious ‘PlayStation Plus’ platform. Go ahead, Sony. I know you want to build this. After all, you definitely have a reputation for building odd devices. 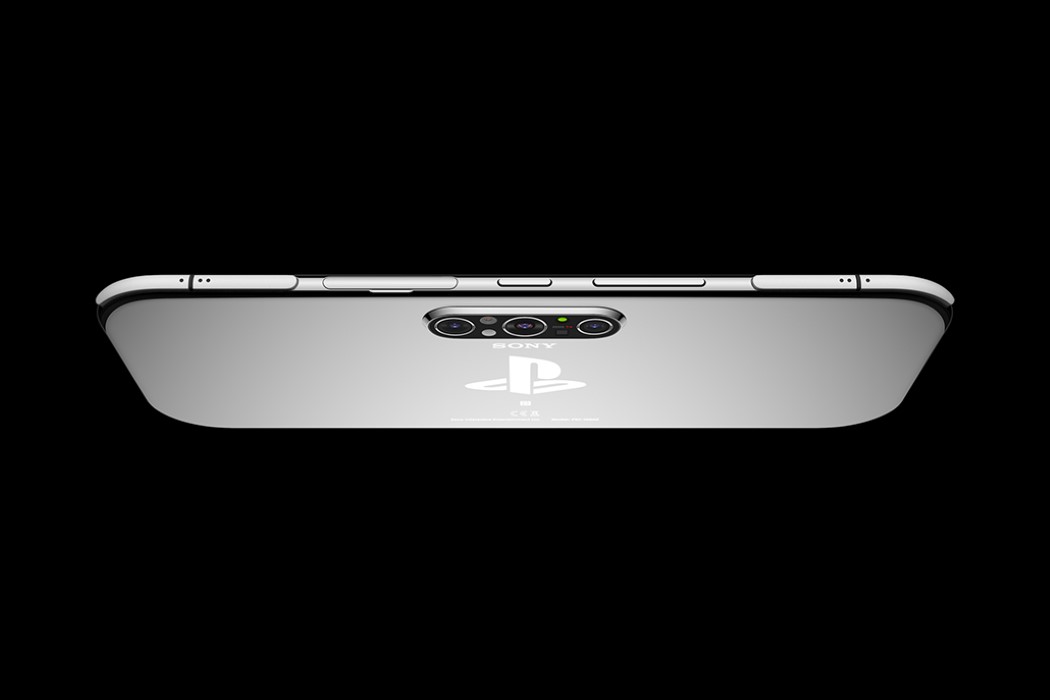 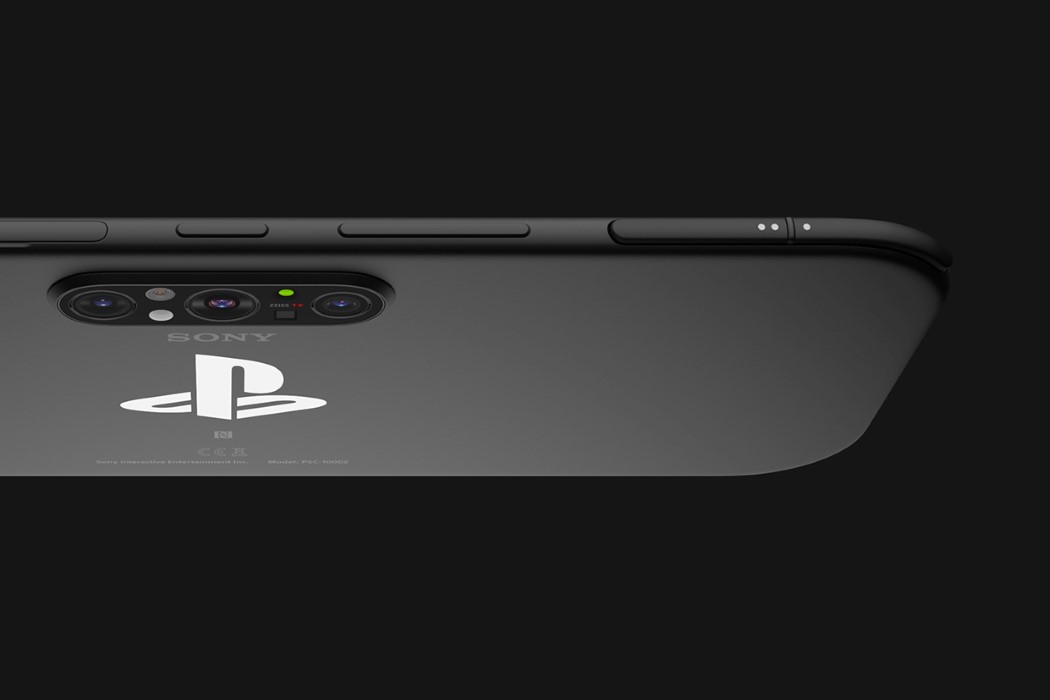 Remember those egg-shaped Henrik Thor-Larsen chairs that were all the rage in the 60s? Well, this is kinda like that but a tad minimal and…

The Adidas Primeknit series is here to collide head-on with Nike’s Flyknit. Last year, the sports shoe industry got a complete makeover with the Flyknit,…

Give Your Input on The Mozilla Phone

Working with Aza Raskin of Mozilla Labs as part of their Concept Series, yours truly is helming the open source project to design the Mozilla…