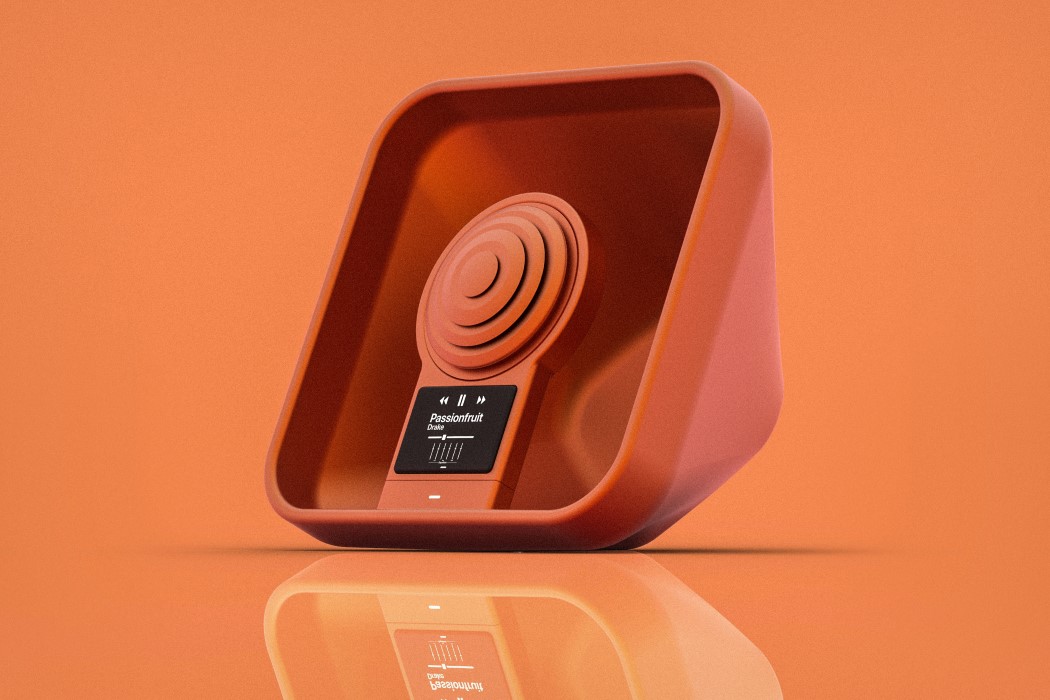 The HomePod Mini launched yesterday, and it got me thinking about how most people naturally place their smart-speakers on shelves, cabinets, and mantelpieces that are against a wall. Most smart-speakers utilize a 360° array of drivers to throw audio in all directions – because companies expect you to keep your smartphone in a centrally located position, but that’s a strange assumption to make on the part of a consumer. People keep speakers closer to power-outlets, just like they do with their Wi-Fi routers, so having 360° sound really isn’t a feature as much as it’s an oversight.

The Wacko Designs smart speaker concept builds on the logic that speakers will almost always be kept against a wall or in the corner of a room (closest to a power outlet). Instead of focusing on 360° audio, it uses a more practical method of channeling audio in a conical path. The Wacko Smart Speaker uses a single set of audio drivers, and a megaphone-inspired form to focus the sound-waves forwards rather than scattering them in all directions, amplifying them in the process. The driver unit comes with Mid and High-range tweeters facing forwards, allowing sound to directly travel in 180°, while a bass-radiator on the back channels low-end audio into the conical profile of the speaker, amplifying the bass to make your music richer and louder naturally. Obviously, you can talk to the Wacko smart-speaker using its native voice A.I., but a pretty nifty screen on the front lets you interact with it more naturally, tapping, sliding, and swiping to shuffle through songs, play/pause music, and increase or decrease volume! 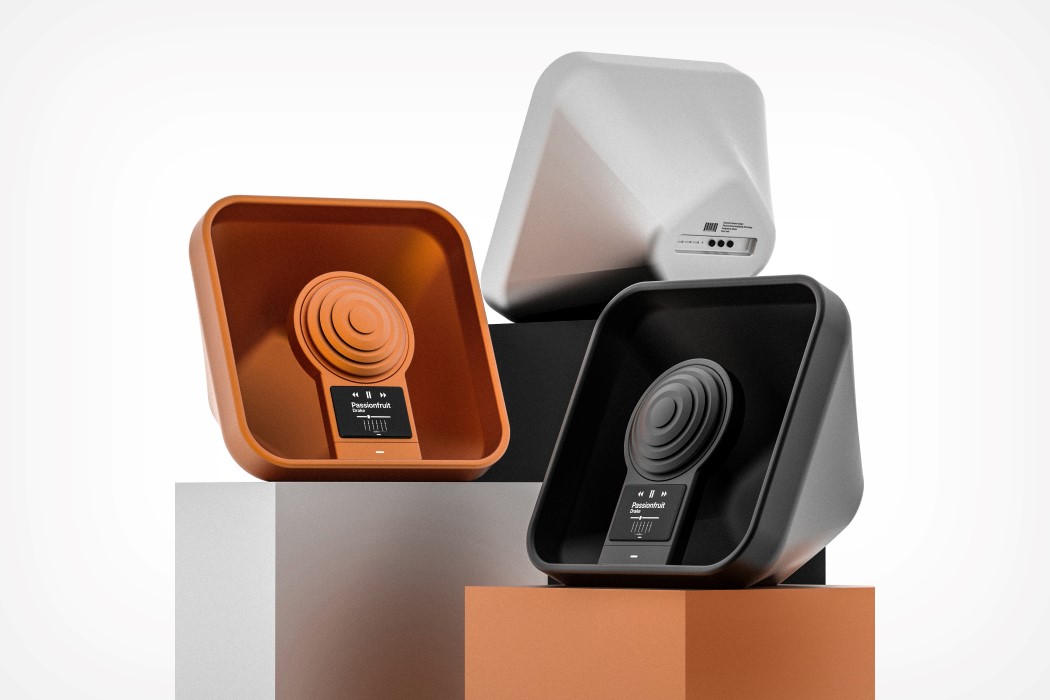 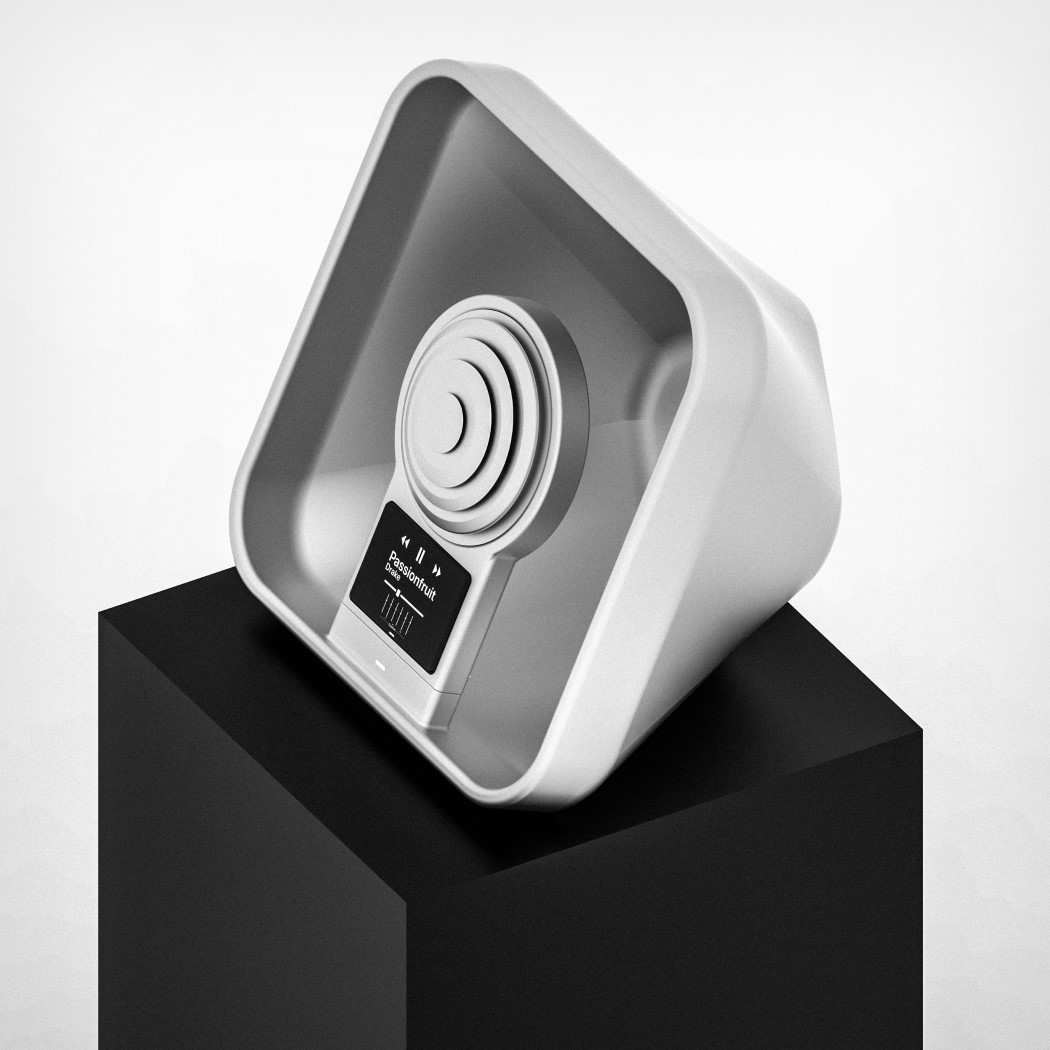 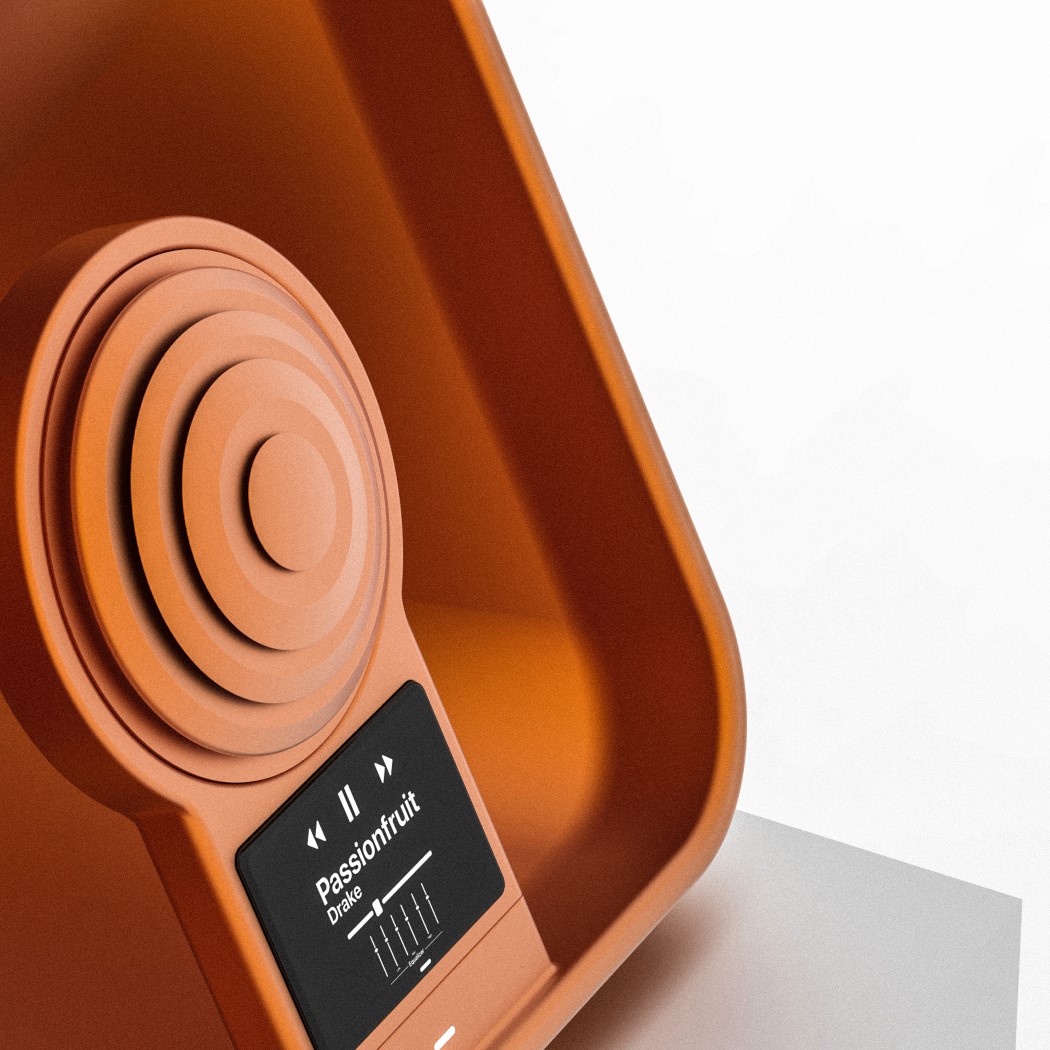 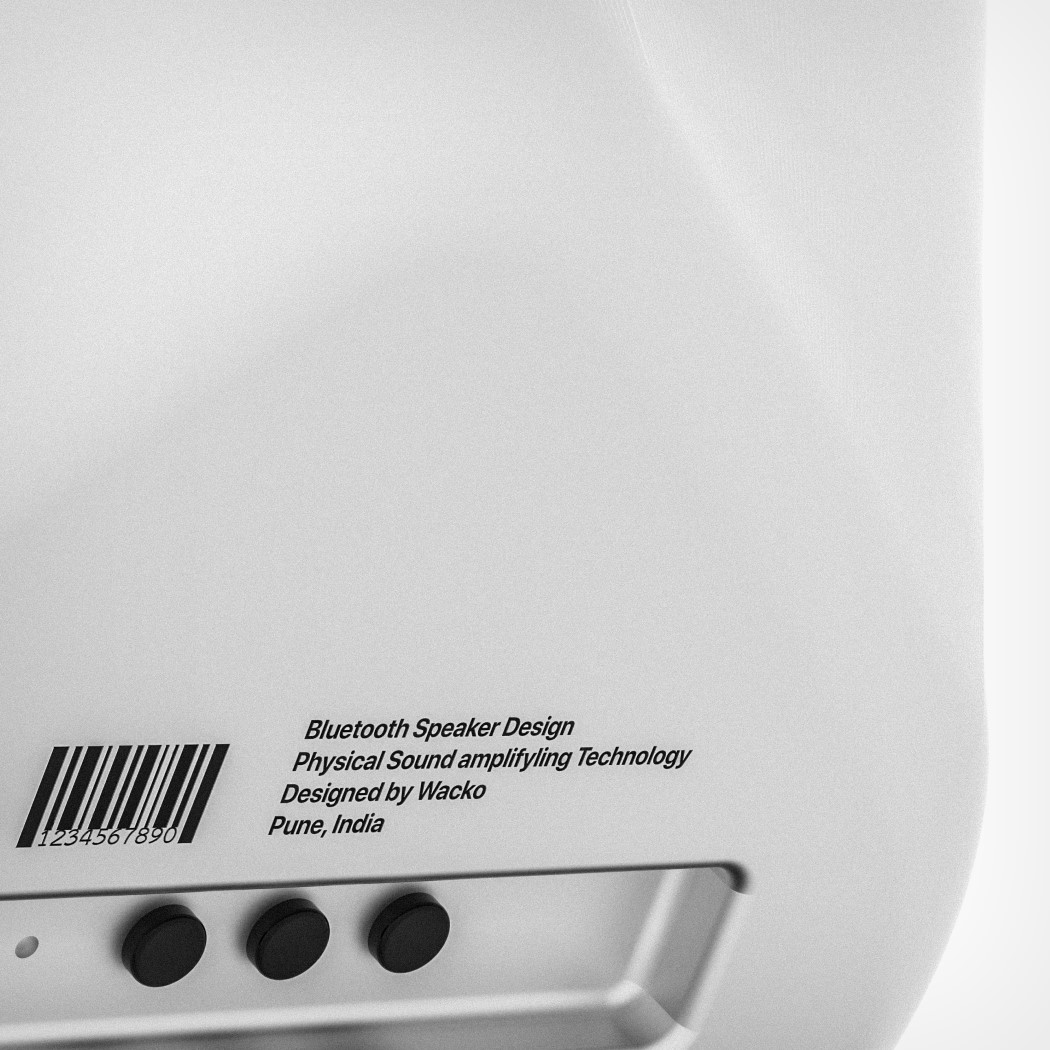 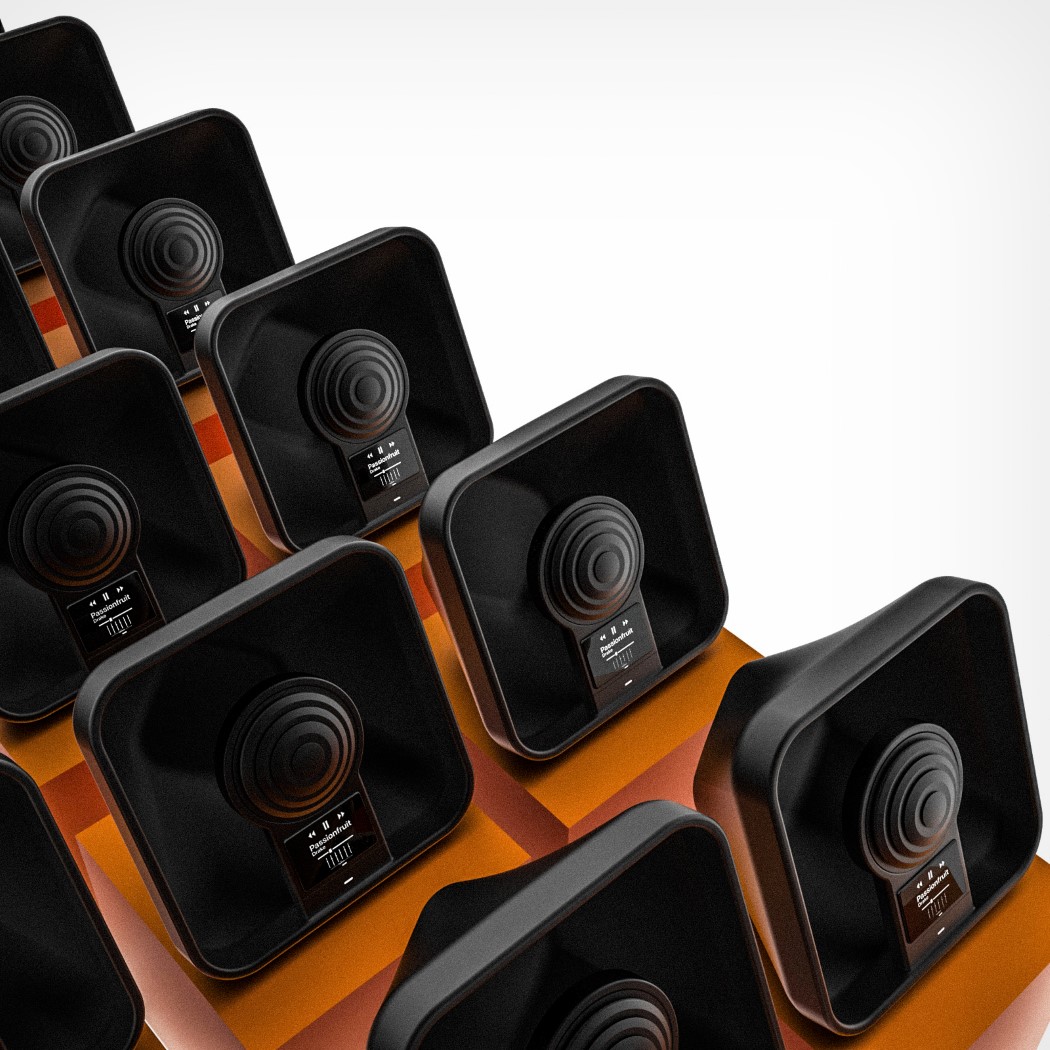 I get it- the hubless wheel has yet to reach its full technical potential, but set aside your speculation for just a moment to admire…

Visitors to the 100% Design London event please make due note: Korea Design is an exhibition showcasing the latest furniture, lighting and product design from…