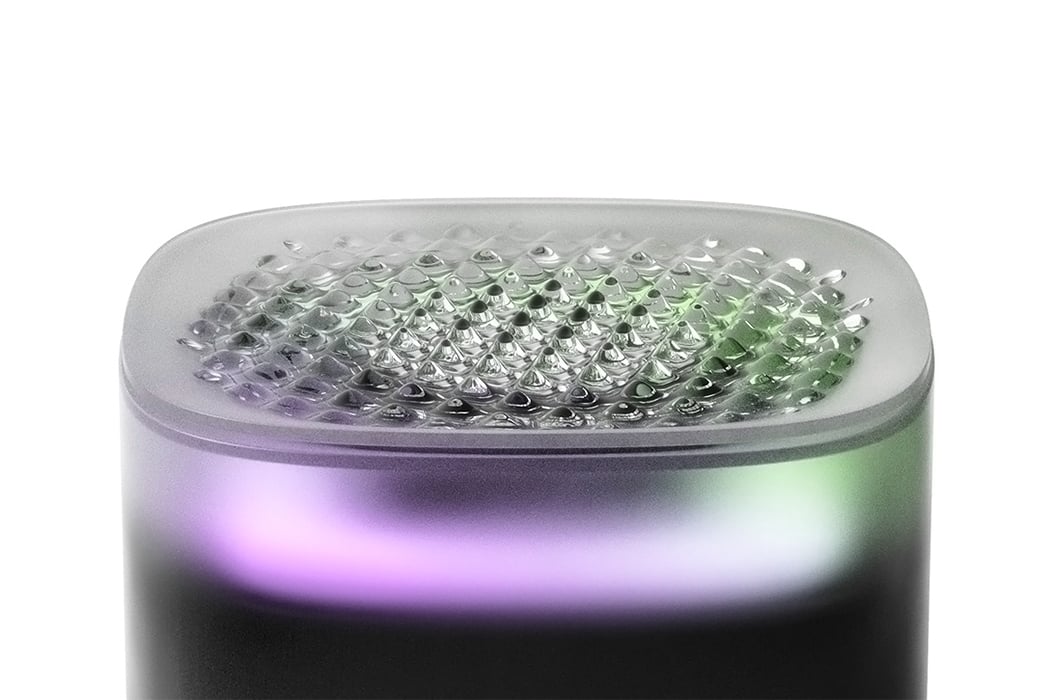 It uses water as an aesthetic visual element and also as a conductor for sound waves. The water helps turn the vibrations into a crystal clear sound for a better hearing experience. The vibrations also play with the water to produce a unique visual element that is not like a lava lamp but equally soothing – think of one of those running water pond showpieces that add a zen touch to the room. Water patterns paired with warm lights truly make Vibrato one of the most interesting speakers because when was the last time you wanted to stare at one like it was a satisfying ASMR loop video? This speaker can not only turn up with your mood but also help you wind down and sleep.

Colors change as per the beat and tempo which makes Vibrato a playful and interactive speaker. It has a soft build thanks to its smooth, clean lines and curved corners. The minimal form makes it blend seamlessly into your space and while there are no specifics, I would like to assume Vibrato would be a smart speaker with Bluetooth connectivity at the very least if it has to keep up with the current times. In fact, it will stand out because it combines a dynamic showpiece with smart tech which will appeal to music lovers as well as those just looking to upgrade their comparatively boring speakers. For some reason, I feel like this is something Michael Scott would love to have because it would be his own personal light and sound show. 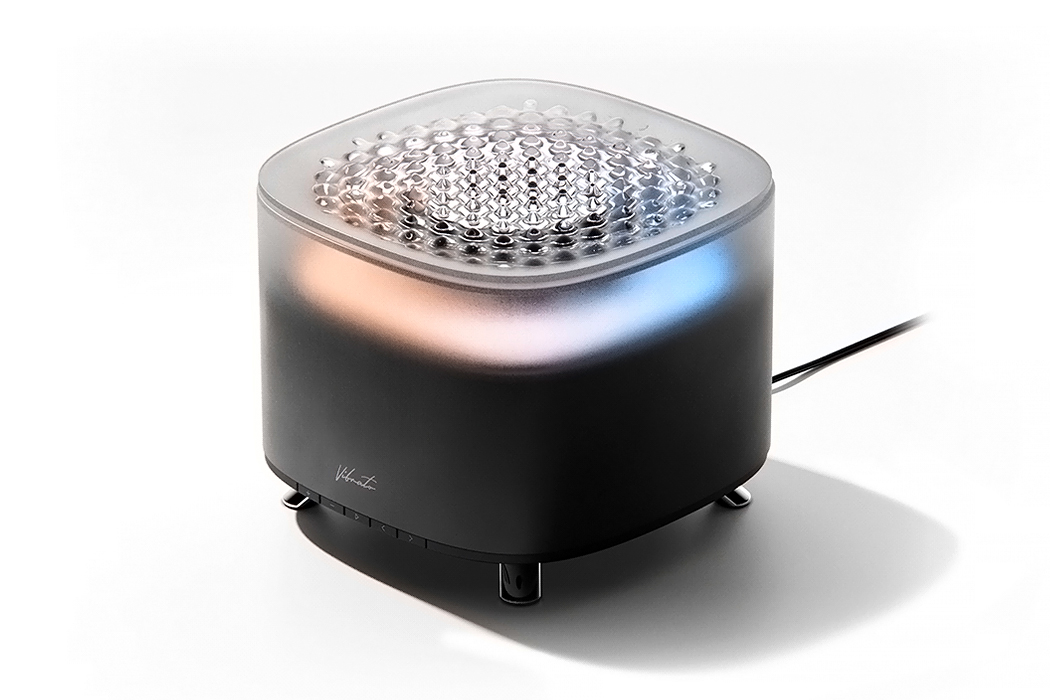 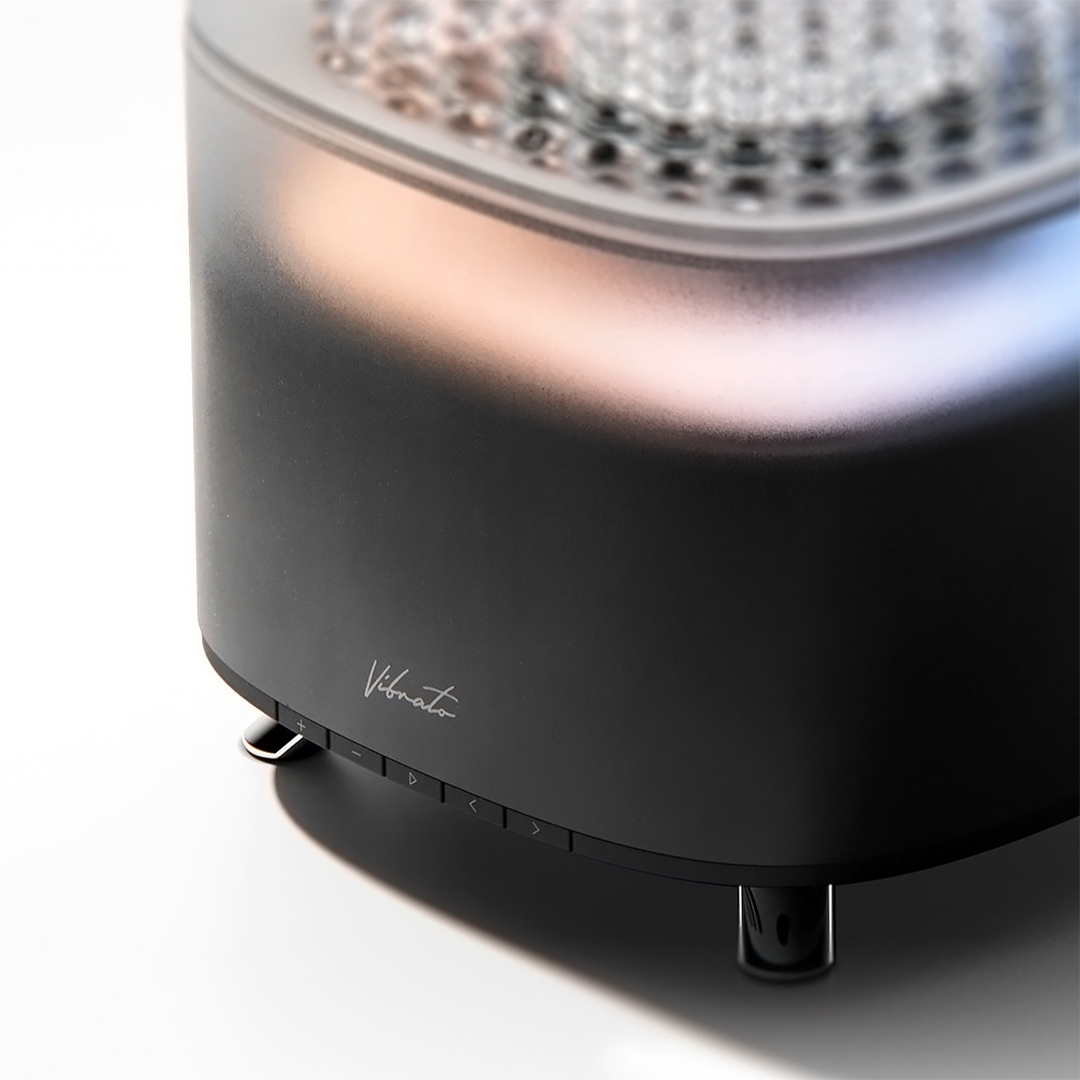 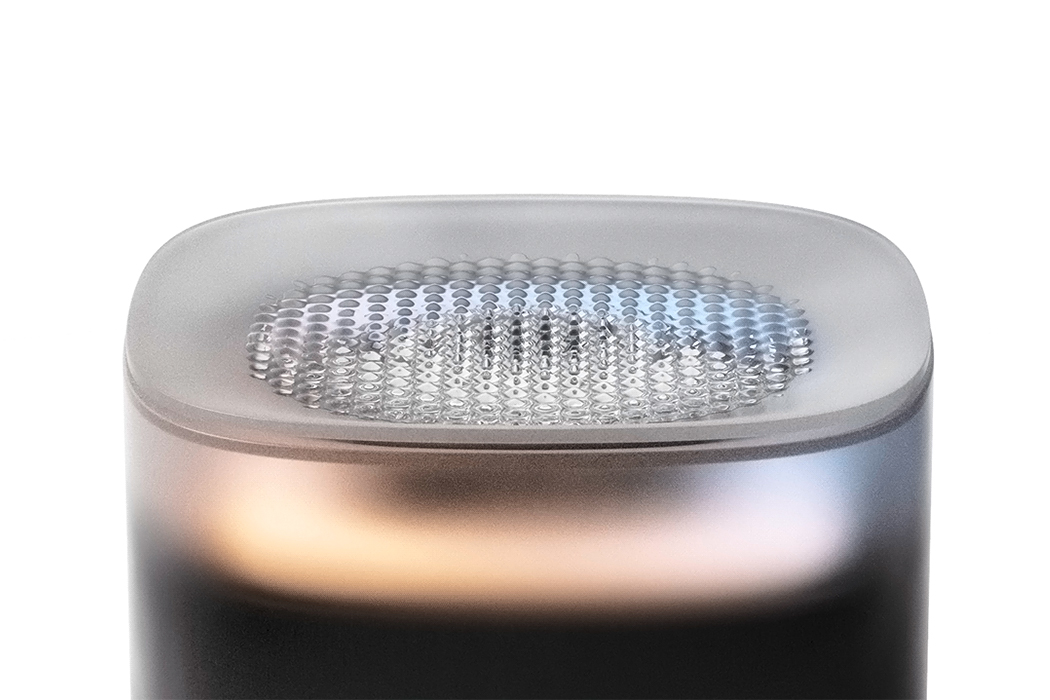 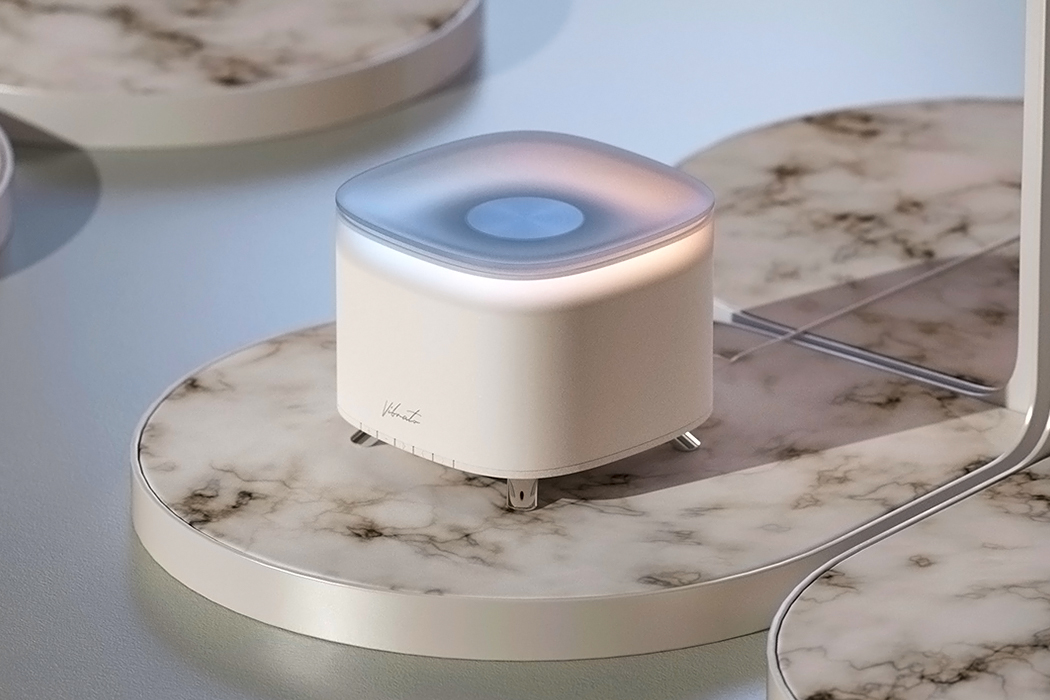 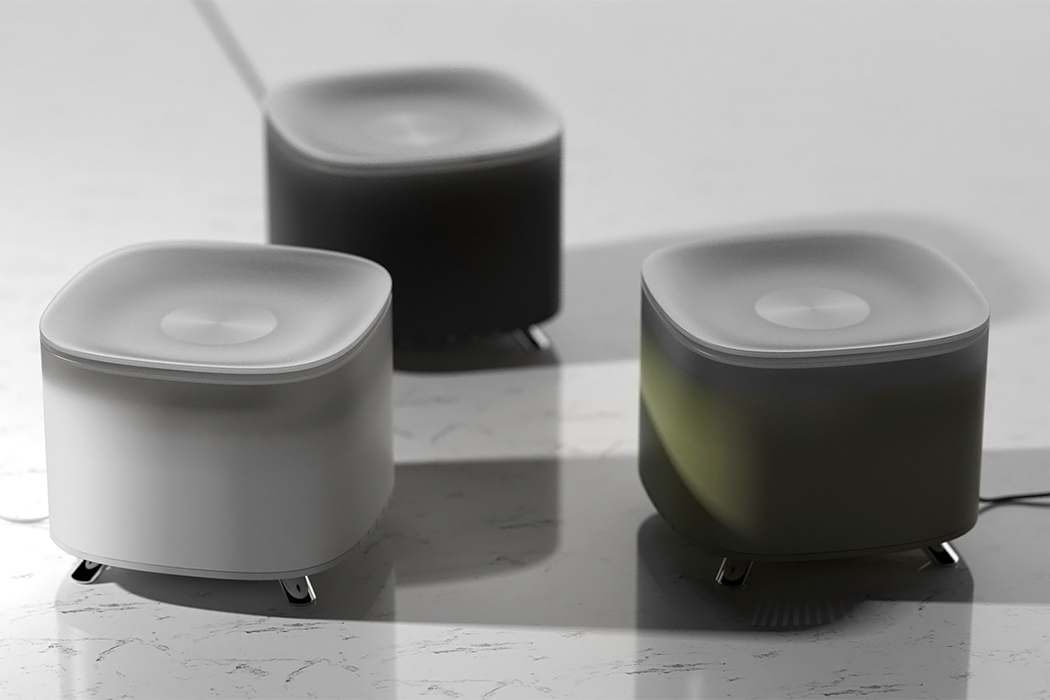 Priced at nearly $50 cheaper than the 3rd Gen AirPods, the Haylou PurFree are a novel kind of smart earbuds. In fact, they aren’t even…

This speaker has a shape that will look familiar to designers. The word ‘Boolean’ should give you a clue! The G-Speaker concept for LG has…

Sony has been known to show up at CES with an upgraded version of what they released the following year…yawn…but this year, Sony means business….

Part toothbrush, part UV cleaning kit, the Plover is easily the most advanced travel brush you can carry with you. Named after the tiny, fearless…