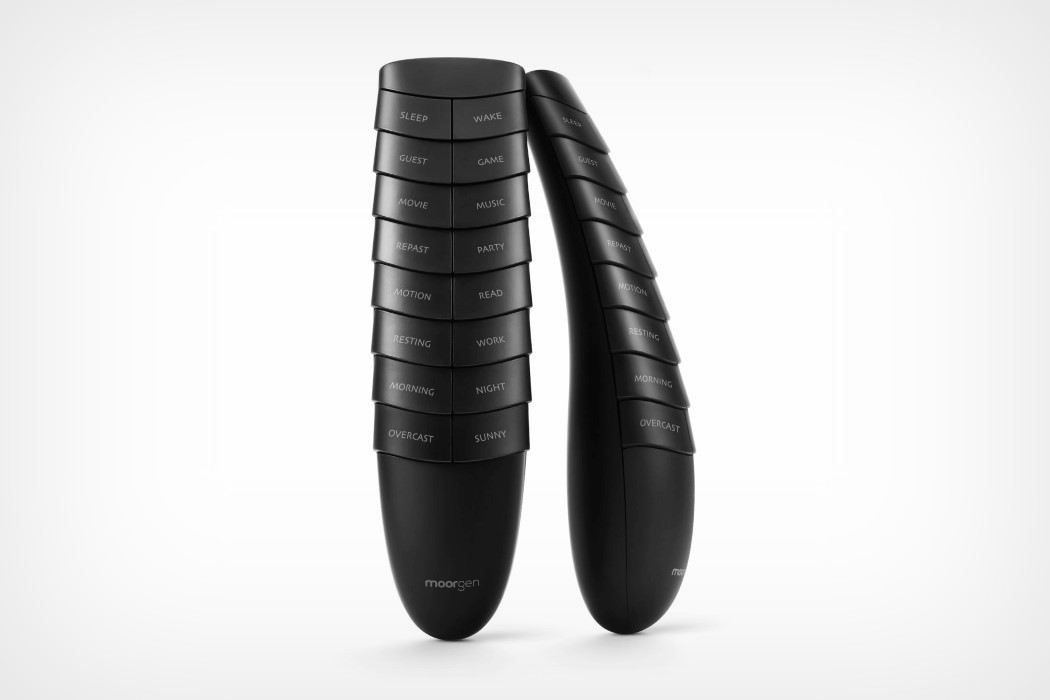 It may appear hostile, with the way it takes on this scaly armadillo-inspired aesthetic… but that hostility doesn’t translate to you wanting to avoid the Moorgen Smart Remote. It makes you curious, it makes you practically want to pet it. There’s something unexplainable about the Moorgen Smart Remote’s strange allure, but I’ll try my best to justify why I can’t stop staring at it!

The smart remote was designed not for television, but rather for operating smart lights and curtains around the house. Its difference is highlighted by its unusual form, with highly tactile buttons. The ability of the buttons to simply activate in-built presets means they’re equally important, and aren’t meant for navigation or menu-selection, allowing all of them to be equally sized and maintain the integrity of the 3D pattern.

By breaking the mold of remote design, the Moorgen does something so radically different you can’t help but keep looking at it. It’s quite like the Tesla Cybertruck. So incredibly unusual that love it or hate it, there’s no ignoring it. Except that with the Moorgen Smart Remote, its “unusual-ness” isn’t just visual… it’s tactile too. Even when you’re not pressing the button, I guarantee you, your thumb will be running up and down the remote, just constantly in awe of its hostile-looking-yet-somewhat-soothing texture. It’s the same reason your first reaction to someone who’s just shaved their head is to go “can I touch it?”. The Moorgen Smart Remote was designed to sort of play mind games with you and to absolutely engage the senses… and that’s exactly what makes it so effective and memorable.

The Moorgen Smart Remote is a winner of the iF Design Award for the year 2019. 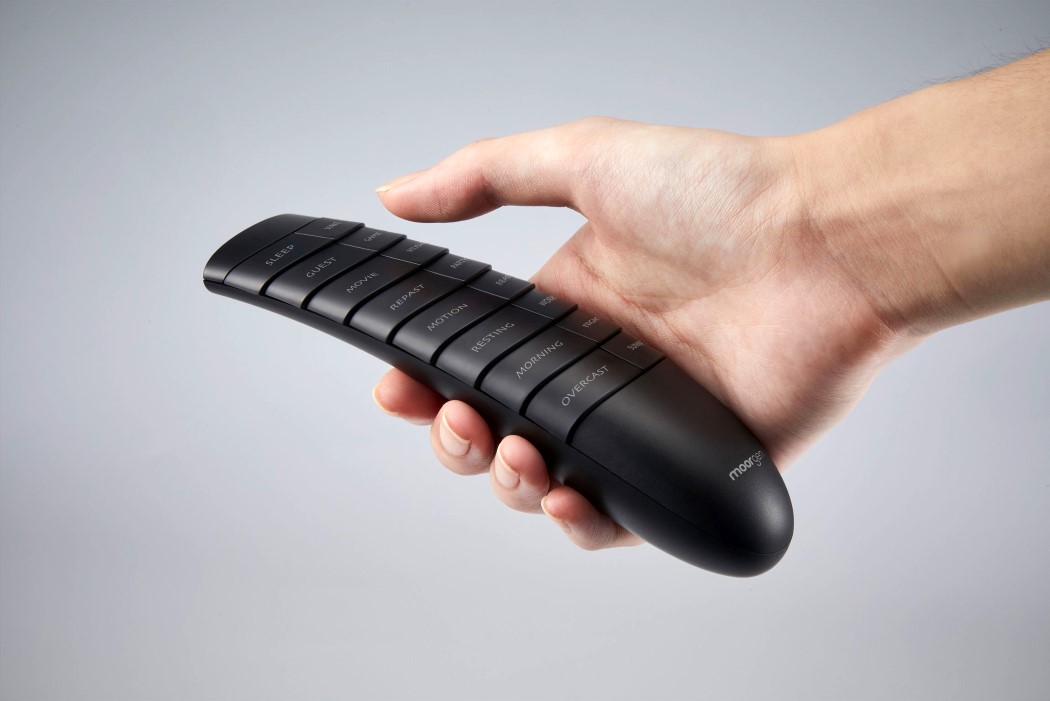 This conceptual Home Assistant encourages you to live a healthy lifestyle

Now if a Google Home or an Apple HomePod could give me inputs on how to stay healthy, by collating my information and giving me…

The Pop Star of Popcorn Makers

Pop 360 is one rockin’ popcorn maker… literally! Designer Ketaki Kshirsagar discovered that adding a swivel feature eliminated the need for a fan to mix…

Braille Rail for the Visually Impaired

This thoughtful design addresses the independence sought by visually impaired persons who prefer or have to get around spaces with out assistance from others. The…