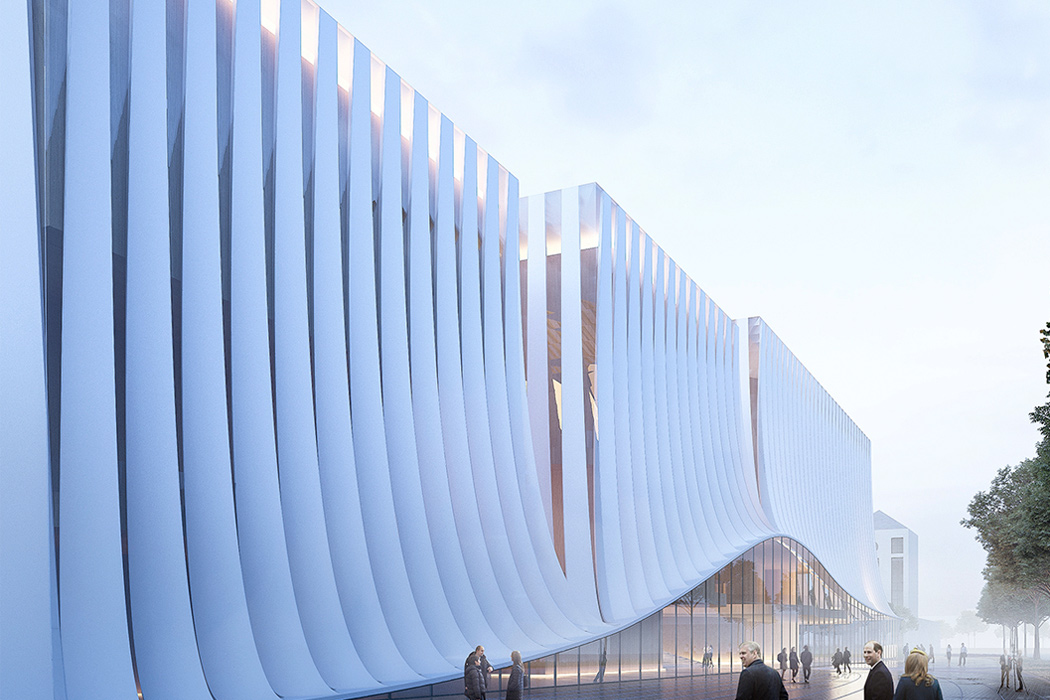 Munich’s eastern neighborhood of Weksviertel, near the Ostbahnhof train station, has always been an extremely industrial area, corporate in origin. The German Federal State of Bavaria issued a competition in an attempt to integrate a bit of culture into the neighborhood and to transform it into a prospective arts center with a prime focus on music and theatre. The competition included designs for two concert halls seating 1,800 and 600 individuals respectively, a music school, a restaurant, and office spaces. Revolving majorly around the concert hall, the competition saw entries for the auditorium flying in from around the world with designers such as Cukrowicz Nachbaur Architekten, 3XN, Henning Larsen Architects, Zaha Hadid Architects, Mecanoo, Christ & Gantenbein participating. Though Cukrowicz Nachbaur Architekten’s design won, we must say Copenhagen based 3XN’s design for the Konzerthaus München caught our eye! 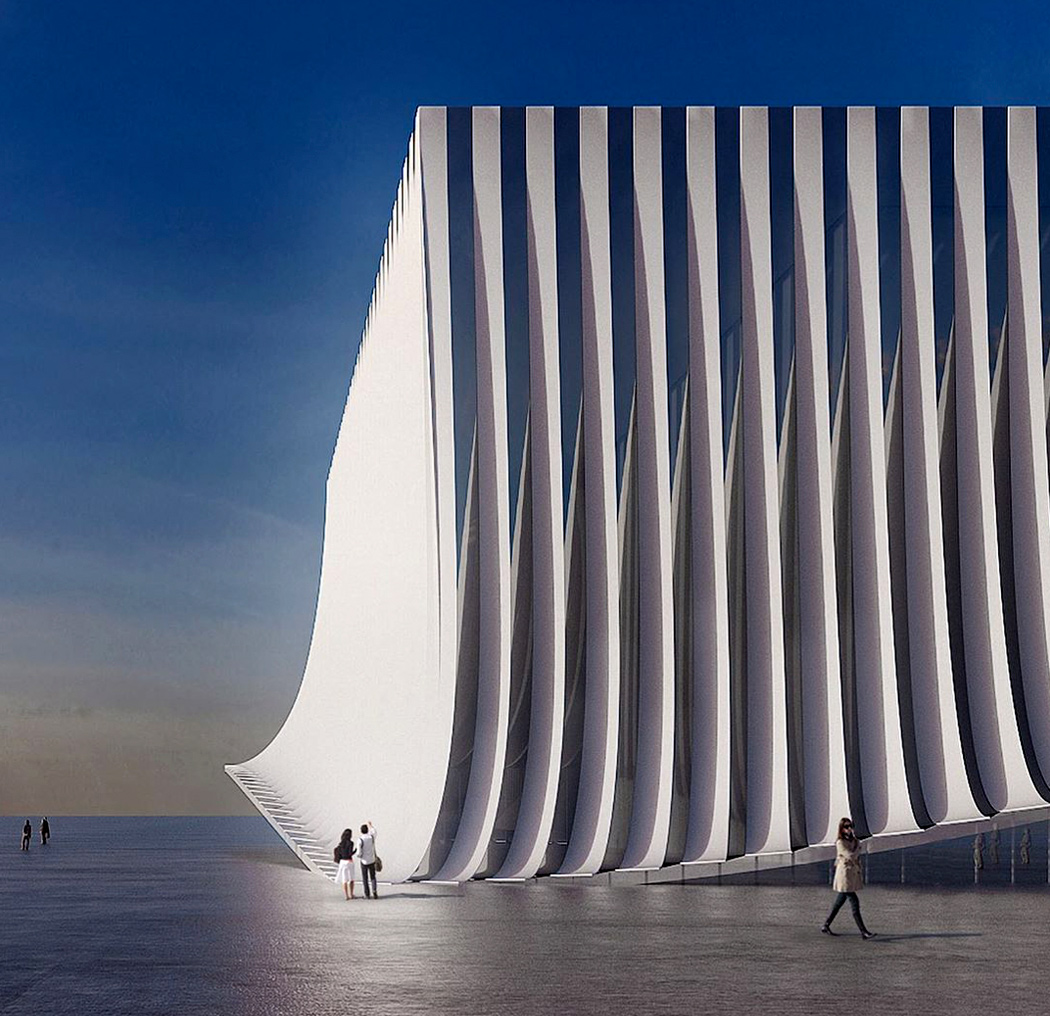 3XN’s design came in 4th place amongst 42 entries and was highly praised for it’s ‘strong aesthetic effect’ by the jury. At first glance, it looks like a piece of white cloth has been enswathed upon the structure, giving an impression of a ‘thrown cloth’. However, the architectural concept has a deeper connection with fashion. 3XN’s Konzerthaus has been inspired by ‘pleated skirts’, and indeed when you look carefully, the curving white panels comprising the structure bring to mind an image of the neat little pleats found on these types of skirts. 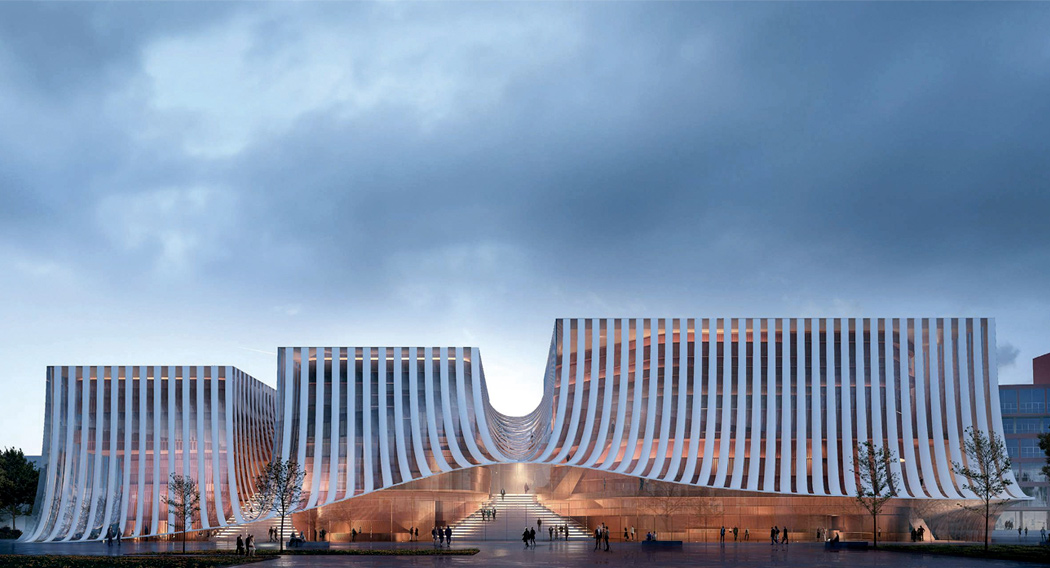 The Konzerthaus rises in the center like a wave, or a tiny hillock, creating an imposing entrance, encouraging the theatrics of the theater! 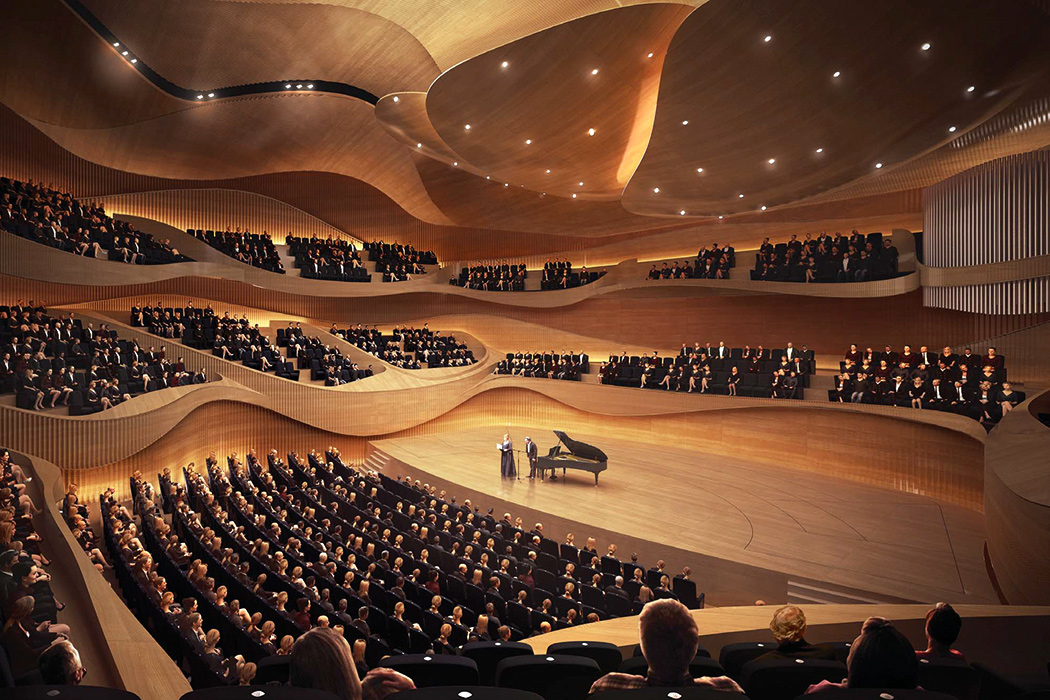 The wave-like aesthetic continues within the interiors, with the sinuous curves acting as seating areas/platforms for the audience. 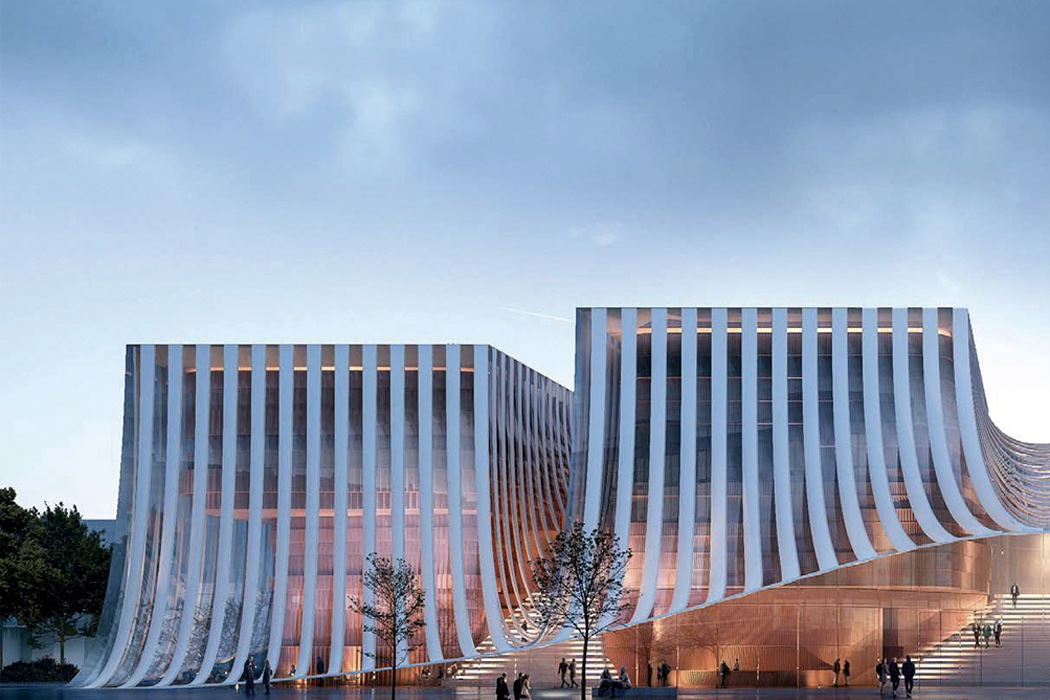 Though 3XN’s design has a harmonious and lithe appeal to it, there were a few shortcomings that prevented it from coming in first place. Since all the three main buildings have been placed at the same level, the judges felt this would create an intense concentration of visitors in the foyer area. The positioning of the imposing entrance, which faces residential buildings and a school, also posed an issue. 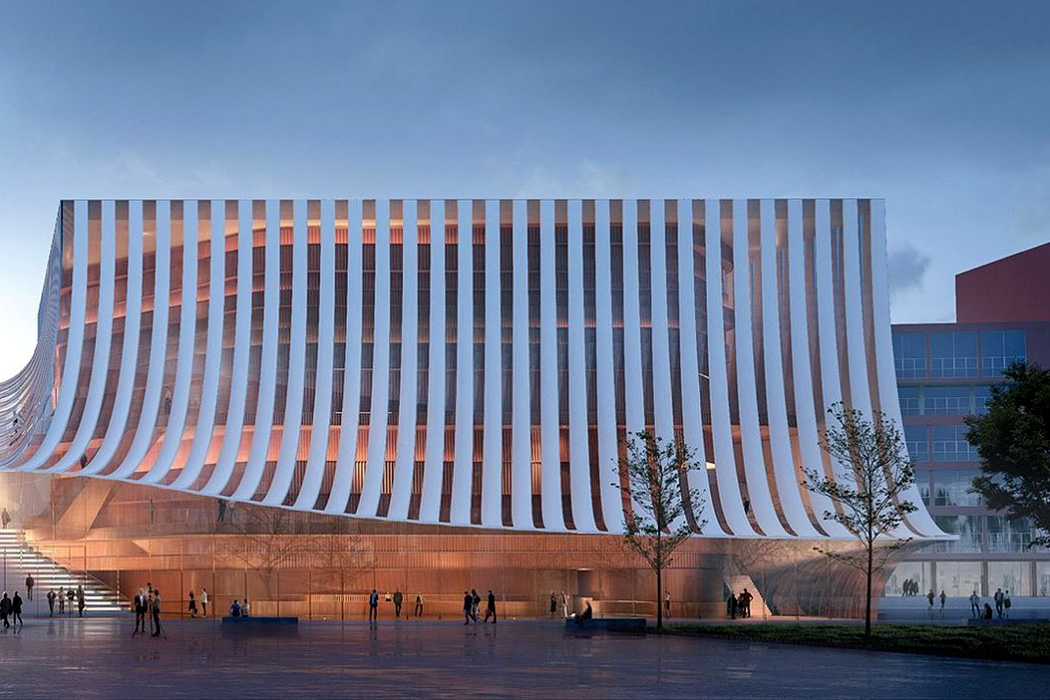 A 4th runner up, 3XN’s Konzerthaus München is a design that merges architecture and fashion, to give birth to a structure that seems to flow seamlessly, while issuing a very calming effect on the eye. 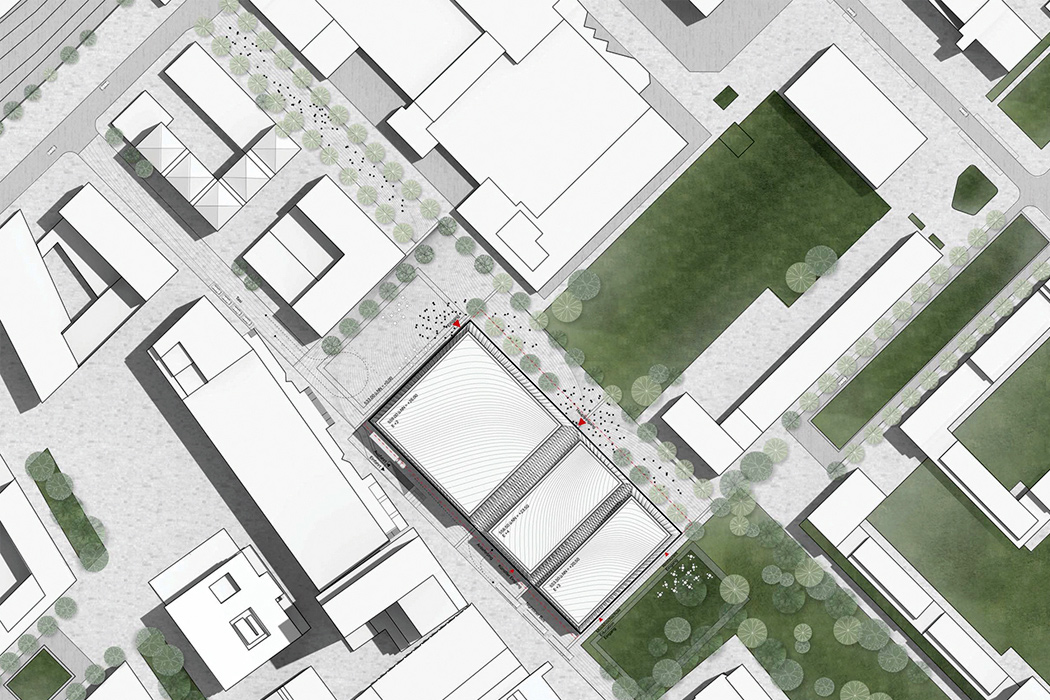 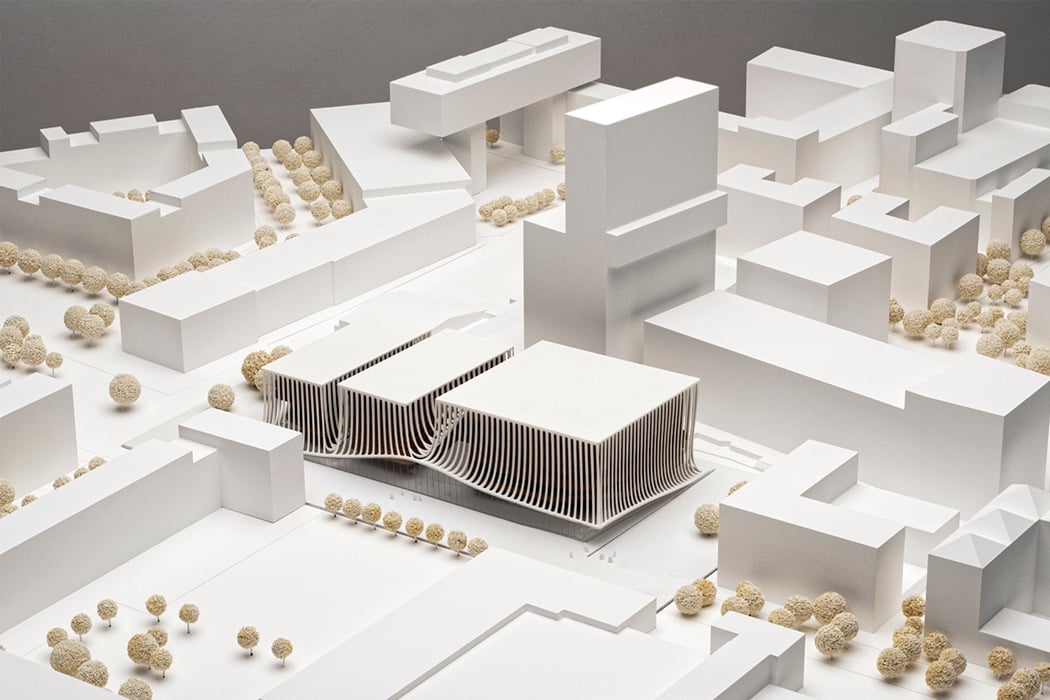 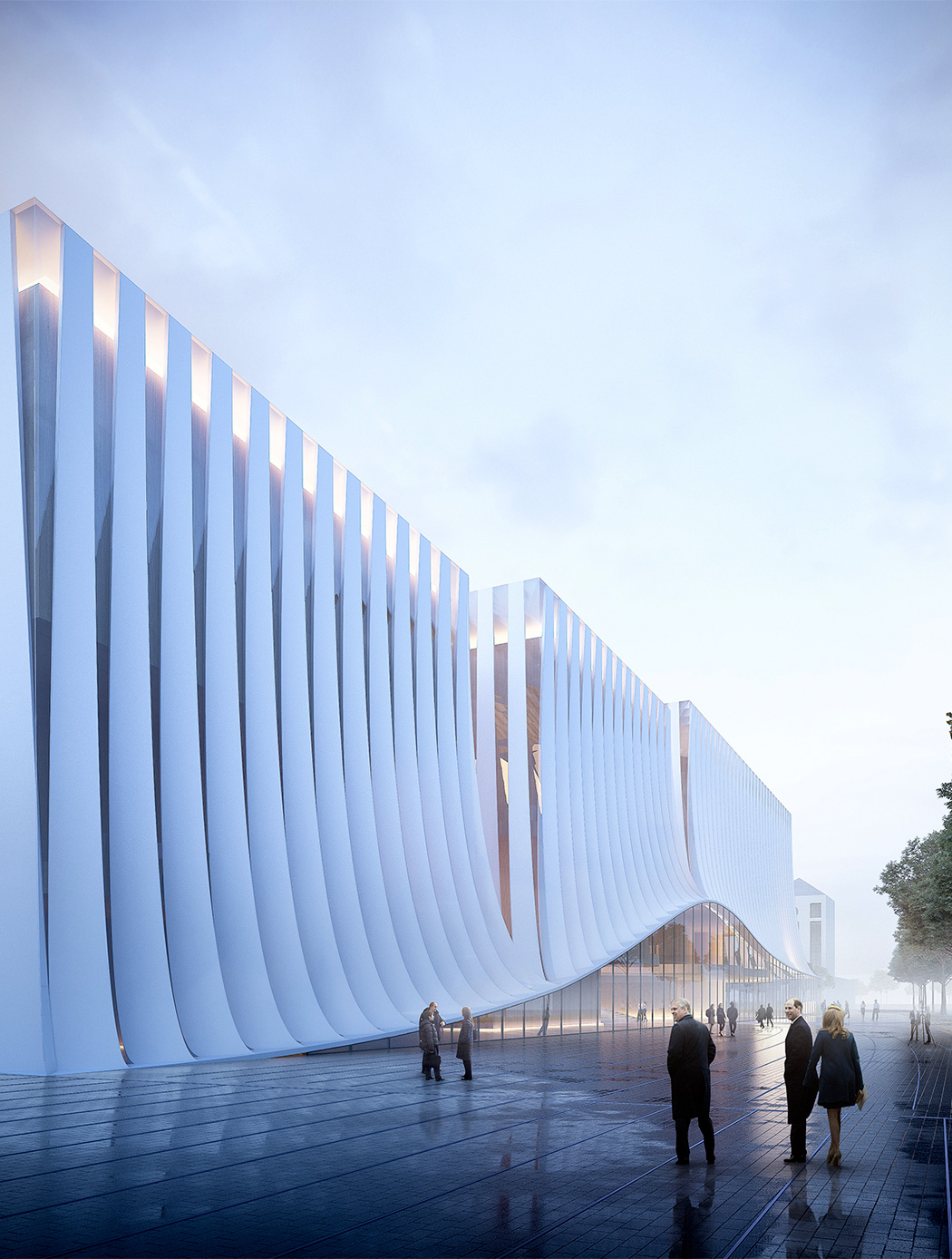 Icebergs may soon be a thing of the past, but tell that to the designers of this “Iceberg” housing project that just won a competition…

Is Mongolia the hot spot for fringe architects? #27 of the Ordos Project in Inner Mongolia sets up another precedent for avant garde but functional design….

The earth’s very own sunglasses

The crazy post title got you, didn’t it! We here at Yanko pride ourselves in showcasing concepts that may seem outlandish, but speak of a…