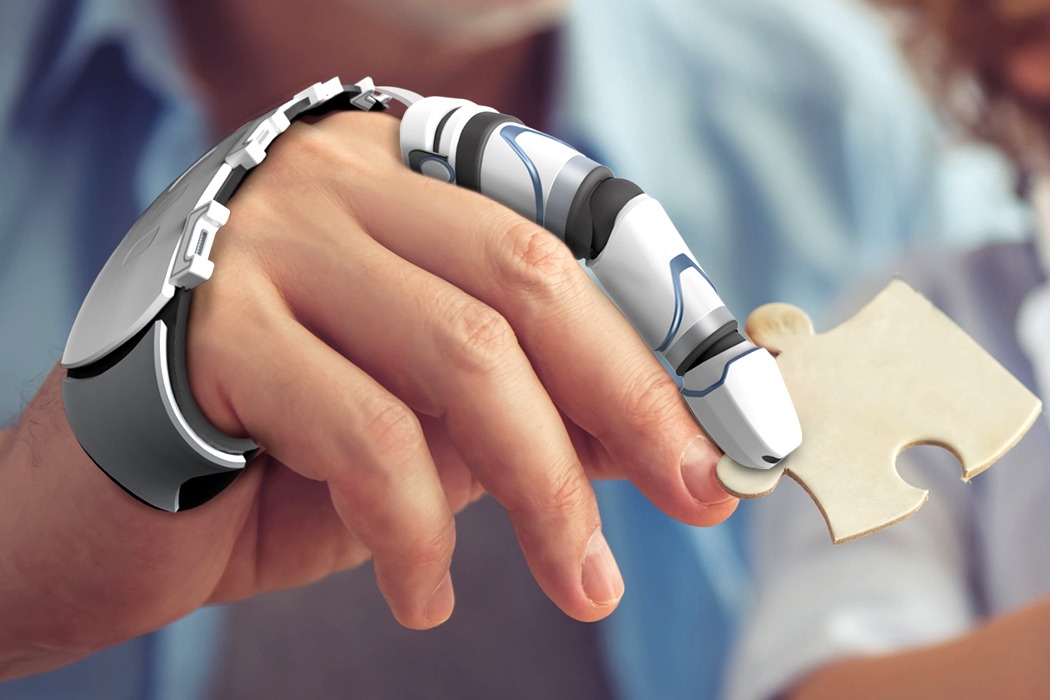 If the past few years have been any indication, the east is strongly embracing design culture and the power of design when it comes to shaping lives, societies, and cultures. Countries like China, Korea, Hong Kong and Taiwan are looking to adopt design thinking and design-led innovation on a massive, government-backed scale. The TISDC, or the Taiwan International Student Design Competition, integrates their Ministry of Education’s art and design talent fostering programs, creating the very reverse of a brain drain, and bringing great design thinking to their societies and their cultural landscape.

Held every year since 2010, the TISDC is a great way to use design to create a visible impact, especially since the competition is organized closely with the patronage and support of the Taiwan’s Ministry of Education. With past themes ranging from “Embrace”, and “Circles of Life” to last year’s theme of “Breakthrough & Innovation” and this year’s theme of “Empathy”, the competition encourages participation on an international scale, while also creating a crucial information exchange between Taiwan and the rest of the design world. The current year’s theme of “Empathy” aims to get designers to take on a more user-centric approach and address problems by putting themselves in the user’s specific scenario, by “Seeing the problem through their eyes”.

The Taiwan International Student Design Competition is held across various categories, spanning Product Design, Visual Communication, and Digital Animation, and is judged by a jury panel for their creativity, interpretation of the theme, expression of concept, and aesthetic approach. Winners are awarded a trophy + certificate along with a hefty cash prize of up to $13,000. Organized specifically to foster and nurture student talent, the awards program is made for students, prospective students, and immediate graduates, and requires no registration fee.

Below: Winning Designs from TISDC 2018 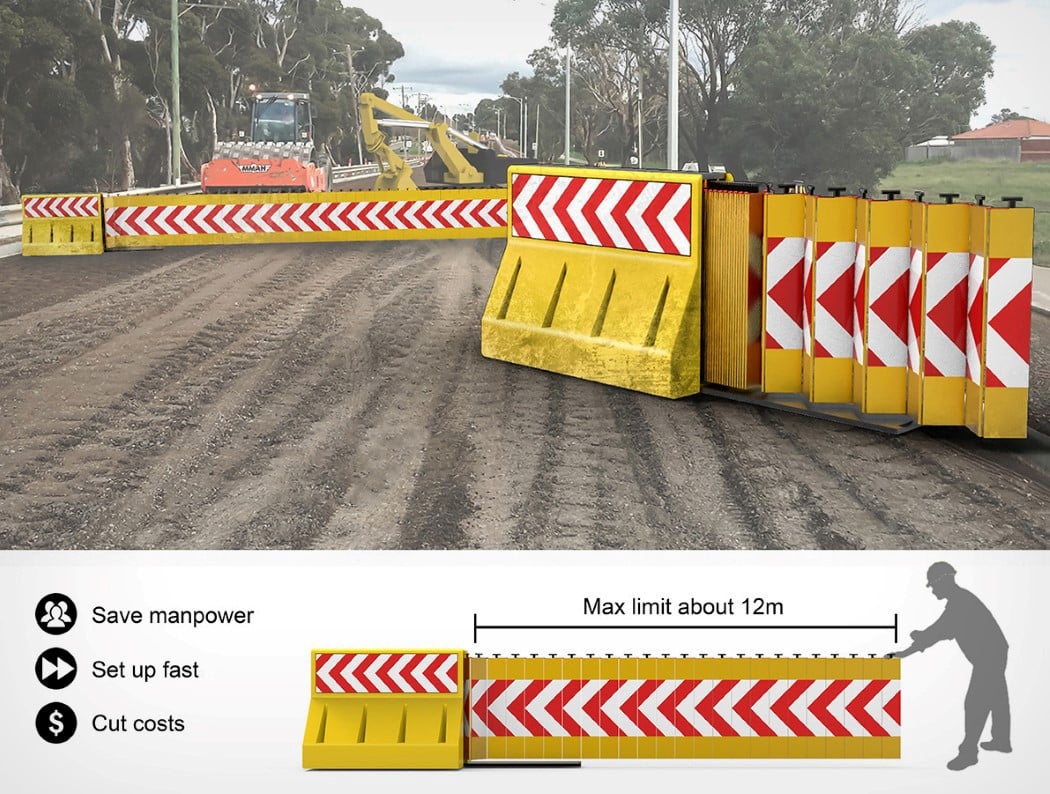 Much like how a QueueMaster makes it really easy to organize crowds and manage queues at airports, movie halls, concerts, and museums, the Easy-Pull Barrier quite easily creates specialized paths on roadways for cars to follow. Relying on the existing barricade design, the Easy-Pull Barrier just puts a convenient collapsible gate within it, giving it extra purpose. Use the barrier as is, or extend the metal gate within to give you more control, the Easy-Pull Barrier is a much more effective way of cordoning off, or outlining roadways during construction, or emergencies. A single barricade can now block off an entire road, when in the past one would need multiple barricades to block out a road. Plus, given their linked-metal construction, these collapsible gates can bend too, giving you full control over how you want to lay the barriers out! 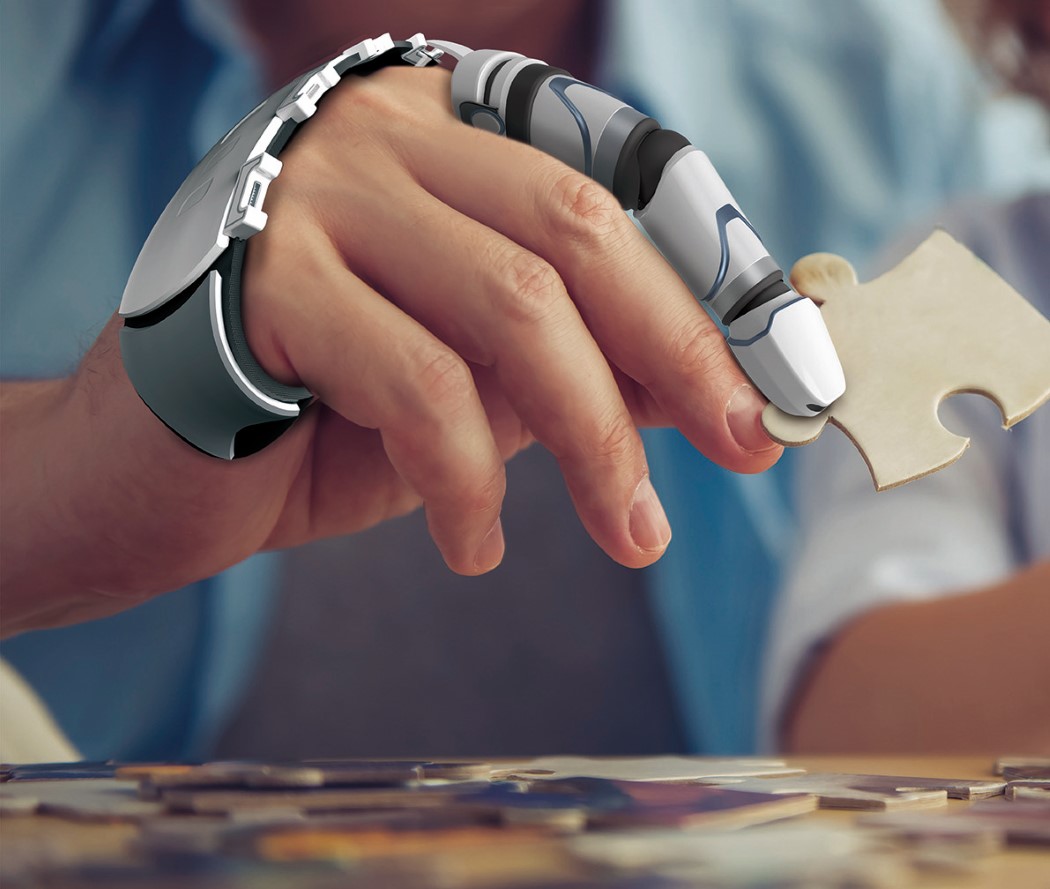 The Smart Gloves aren’t your ordinary prosthetic. Using an induction-chip/sensor the Smart Gloves can perceive the skin and skeleton changes of nearby fingers to analyze the movement path of the missing finger. The glove’s chip picks up on tiny actions on the backside of your palm to intelligently predict how your prosthetic should behave, giving them the dexterity and nuance you’d get from any normal fingers. 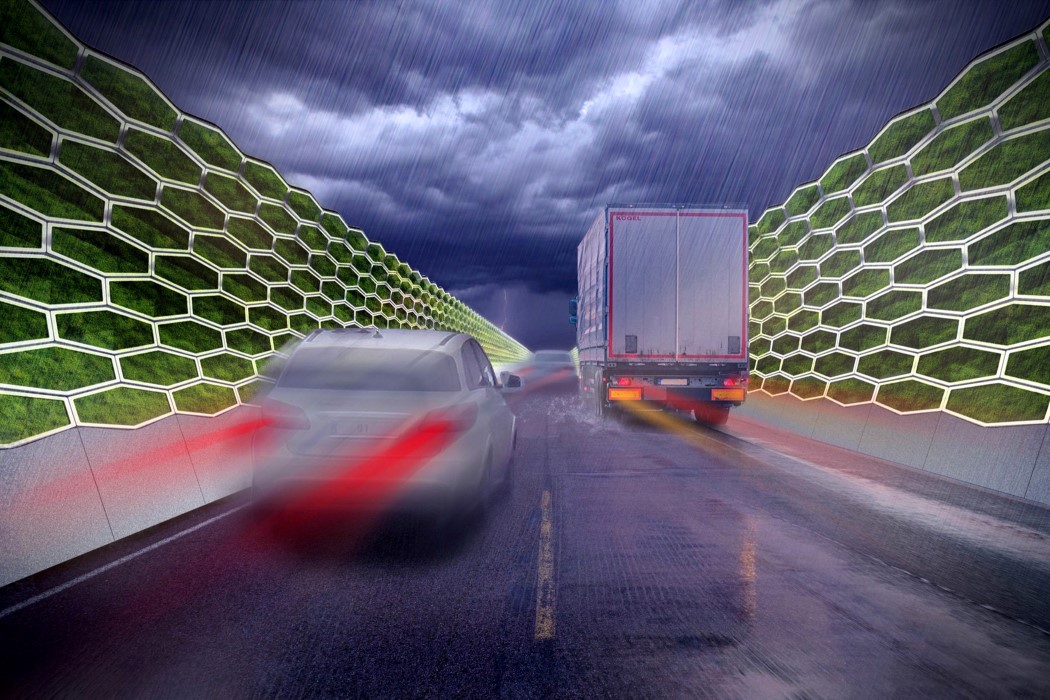 Designed to play multiple roles in making cities better for residents within cities, the Breathing Barrier does the job of an aesthetic, audio, and pollution barrier, making city-life much more liveable. The moss barrier is pleasing to look at, and adds a touch of greenery to our lives, while the barrier itself helps block out noise pollution caused by vehicles on the roads. The barrier comes with multiple layers on the inside which trap dust, dirt, and particulate matter, which the moss uses as nutrients, feeding off the pollution and emission caused by automobiles. The Breathable Barrier is a clever way to turn cities green without changing the transportation setup to an emission-free electric one. The emissions from cars end up nourishing the barriers, causing them to flourish, and in turn, naturally purify our air. It’s a win for everyone! 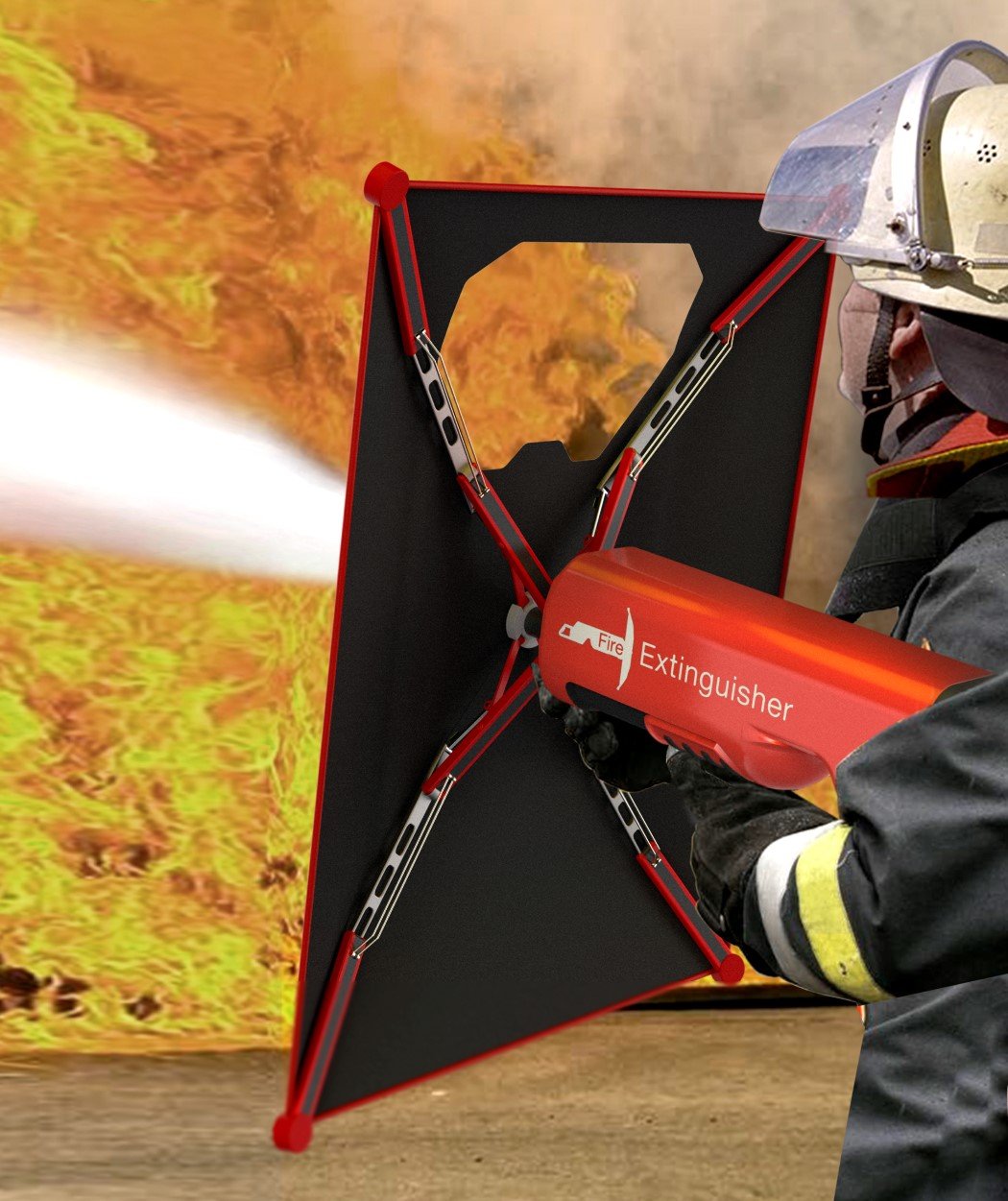 With a collapsible shield that unfolds when in use, the Safety Protection fire extinguisher not only fights fire, it protects the firefighter too. The collapsible shield comes with a window that the firefighter can look through, and guards the fighter from any flames that may approach them. The shield even acts as a thermal barrier, keeping the waves of heat from reaching the firefighter, effectively allowing them to fight fire without experiencing the burning effects of the proximity to high heat. 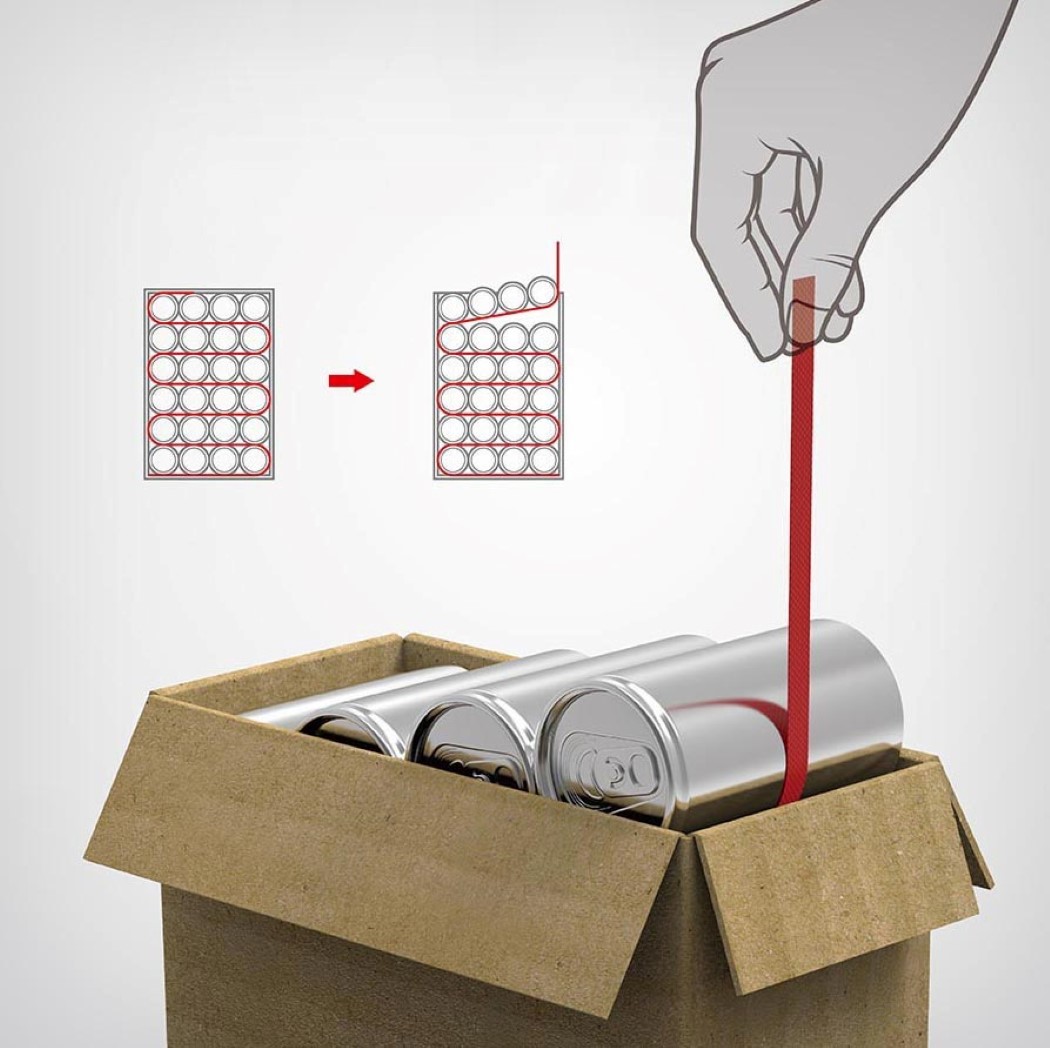 A simple solution for a simple problem, Easy Take introduces a strip of fabric/plastic to packaged tins, making them easier to pull out, rather than having to dig around to get your fingers in and pull a can out from a full row. A simple string, made from recycled plastic, zigzags its way around the cans, and pulling on the string can disrupt the cans’ order, allowing you to easily grab a single can out of a tightly packed box. Worthy of an honorable mention, I’d say. 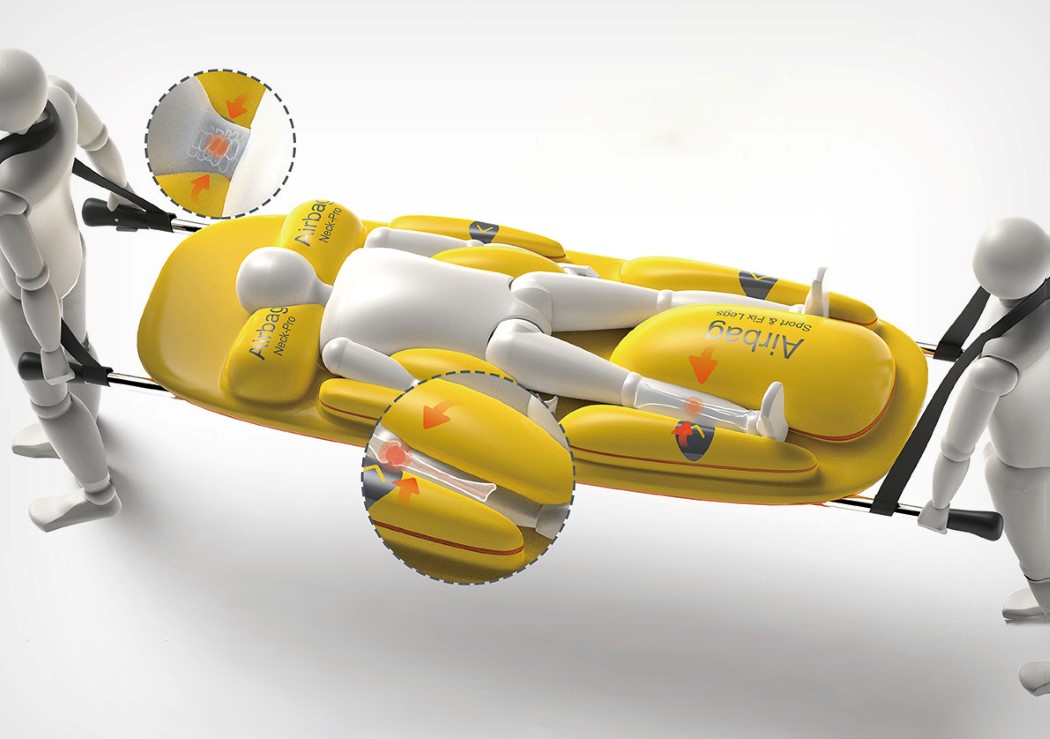 The Protective Stretcher combines the benefits of a stretcher with that of a makeshift cast, by cushioning your body in place using airbags. The bags hold the injured patient in the supine position as the medics carry them out, avoiding any secondary injuries or paralysis that could occur during an emergency evacuation or transit. The airbags are laid out according to ergonomic and medical specifications, gently cushioning bones and joints to keep them in shape, while also keeping the head slightly elevated to prevent blood from rushing to the head. 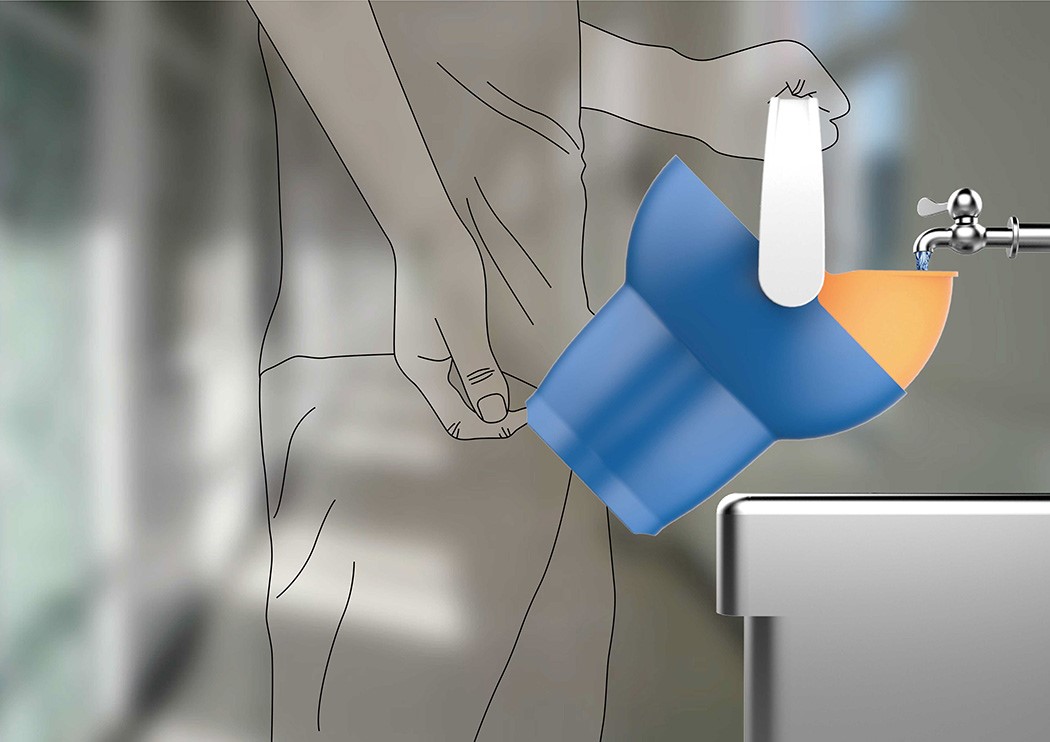 Ever tried to fill a big bucket in a tiny sink? If so, you know that it’s impossible to use the bucket’s full capacity because of the tilt. Even worse, if the sink is too small, you might not be able to fill it at all. Designed with these issues in mind, the WATHIELD bucket aims to make this everyday task much easier.
Shaped like a traditional bucket, it sports an additional feature in the form of an extended lip that funnels water into the bucket with ease. Better yet, it can be tucked away when it’s not being used. Simply unfold the lip and run it under the sink to capture water even if the space is compact. 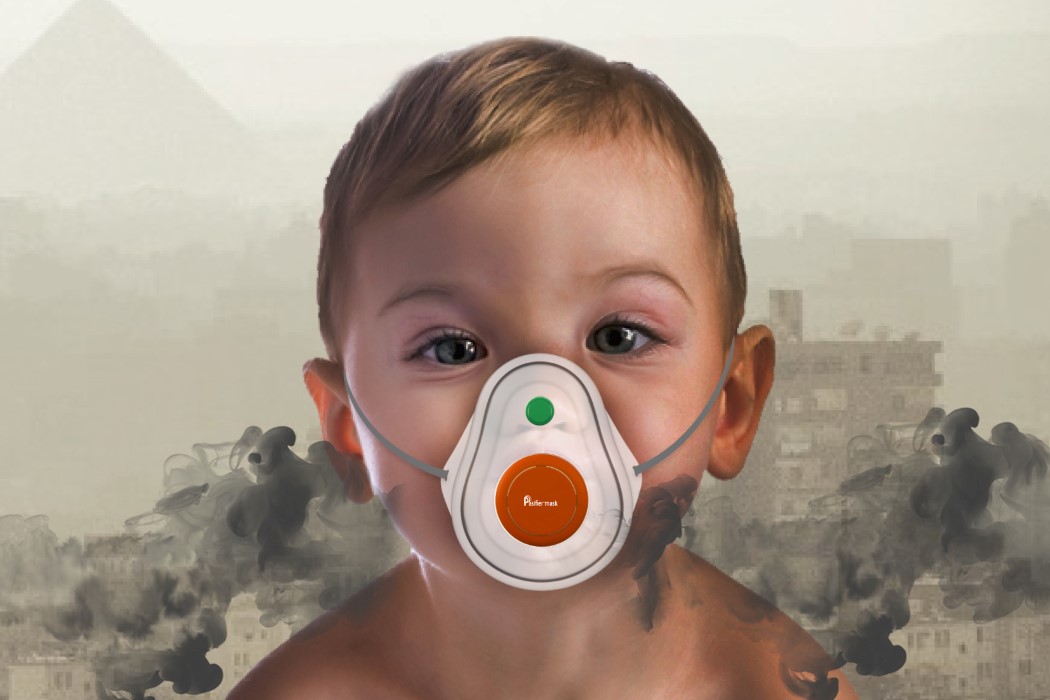 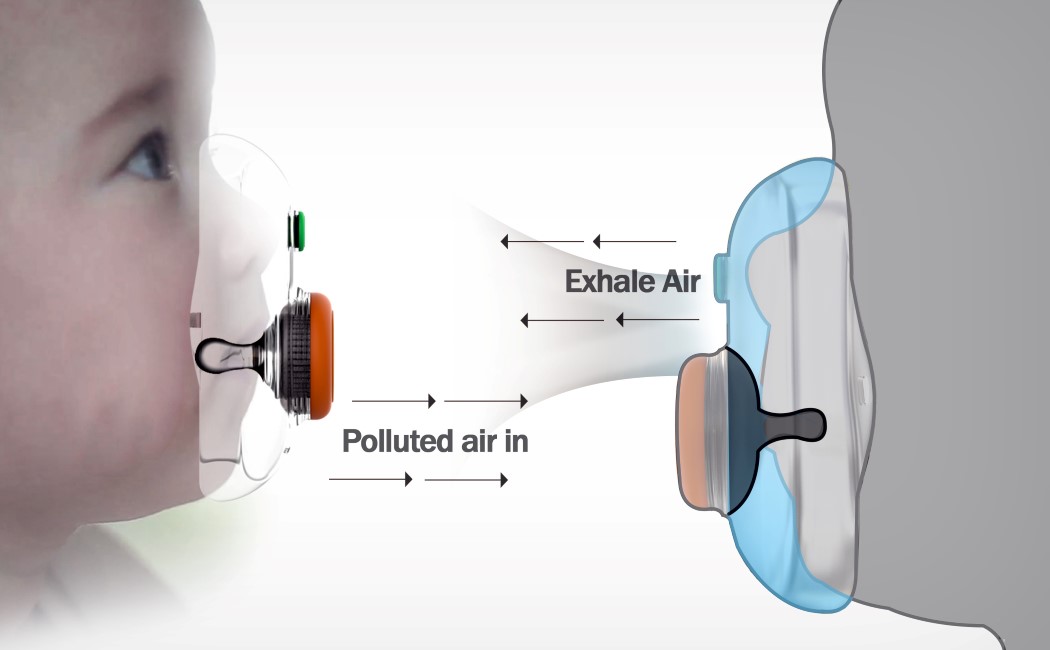 The Nipple Dust Mask is an unusual product that may just become a necessity in a few years, with rising environmental concerns about unchecked emissions. Designed to pacify as well as protect the baby’s young respiratory system, the Nipple Dust Mask keeps a child pacified, via a BPA-free polymer nipple, but also surrounds the nose and mouth with a HEPA filter that traps particulate matter, ensuring the child is breathing contaminant-free air.

The copyright of all works and pictures are owned by the winners of 2018 Taiwan International Student Design Competition.

This children’s book has printed circuits!

I’m beginning to seriously think paper is one of the most versatile materials there are. You’ve got origami, cardboard furniture, plus remember that video of…

Here’s a phone concept I can rally behind because it seems like it pushes a good idea forward, that if implemented correctly, can make some…

Samsung’s entry into smart projectors is here to replace your TV, speaker, as well as your lamp!

Say goodbye to those hulking boxes in your living room with a single projector that might actually be doing too much. Along with the rise…