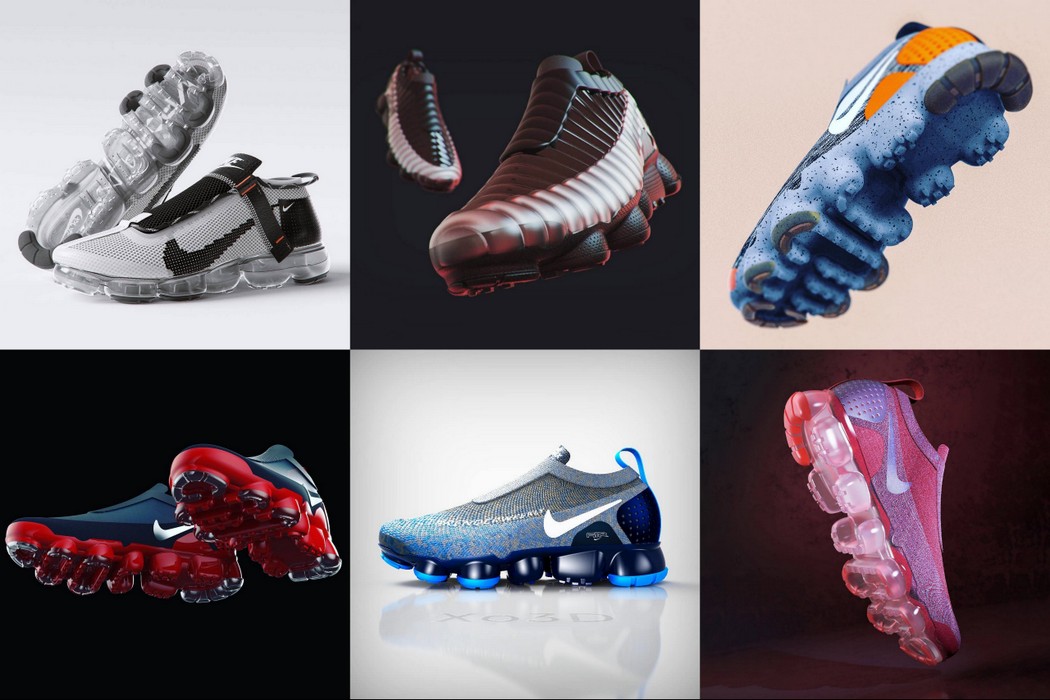 If you’re an industrial designer who hasn’t heard of Render Weekly, stop everything you’re doing and head down to their website to have a look at the community of designers and render-artists who come together week after week to showcase their talents in modeling and rendering. The idea is simple. Render Weekly suggests a product every week, and you have a week to upload your work on Instagram with the hashtag #renderweekly. The best designs get picked and showcased on Render Weekly’s Instagram account, and their modelers/renderers get immense designer street-cred.

This week’s prompt was in collaboration with designer Sam Whitworth, who was kind enough to share a CAD model of a conceptual Nike VaporMax shoe. Designers were told to download the 3D file and render it out in an eye-catching way. Among hundreds of entries, we picked our favorite ten based on their choice of material, CMF, and lighting! 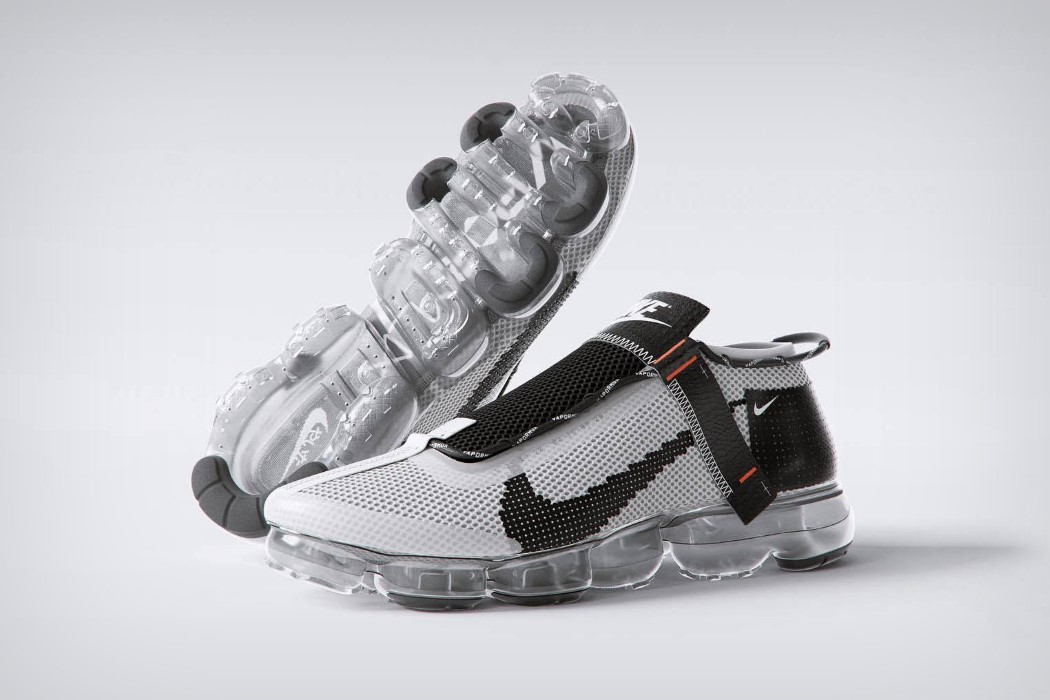 You really have to appreciate how Tim Zarki managed to pull off the net texture on the shoe body as well as the stitch along the sidestrap and the shoe tongue. Also, killer transparent outsole! A model recreated from scratch using Blender 3D, Cinema4D, and Redshift. 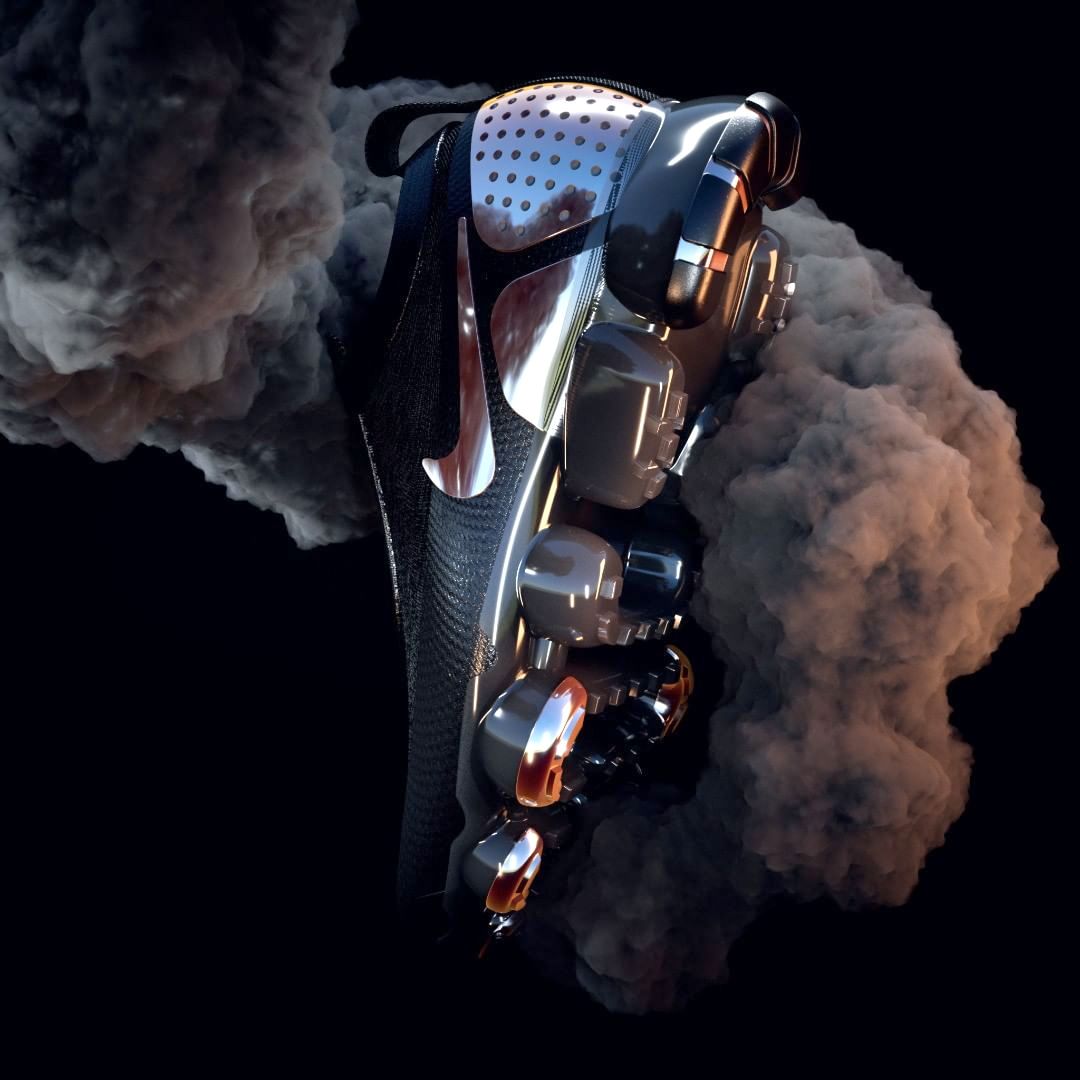 Chrome detailing against black, and the use of smoke… this render looks absolutely lit! Courtesy Johannes Olerås. 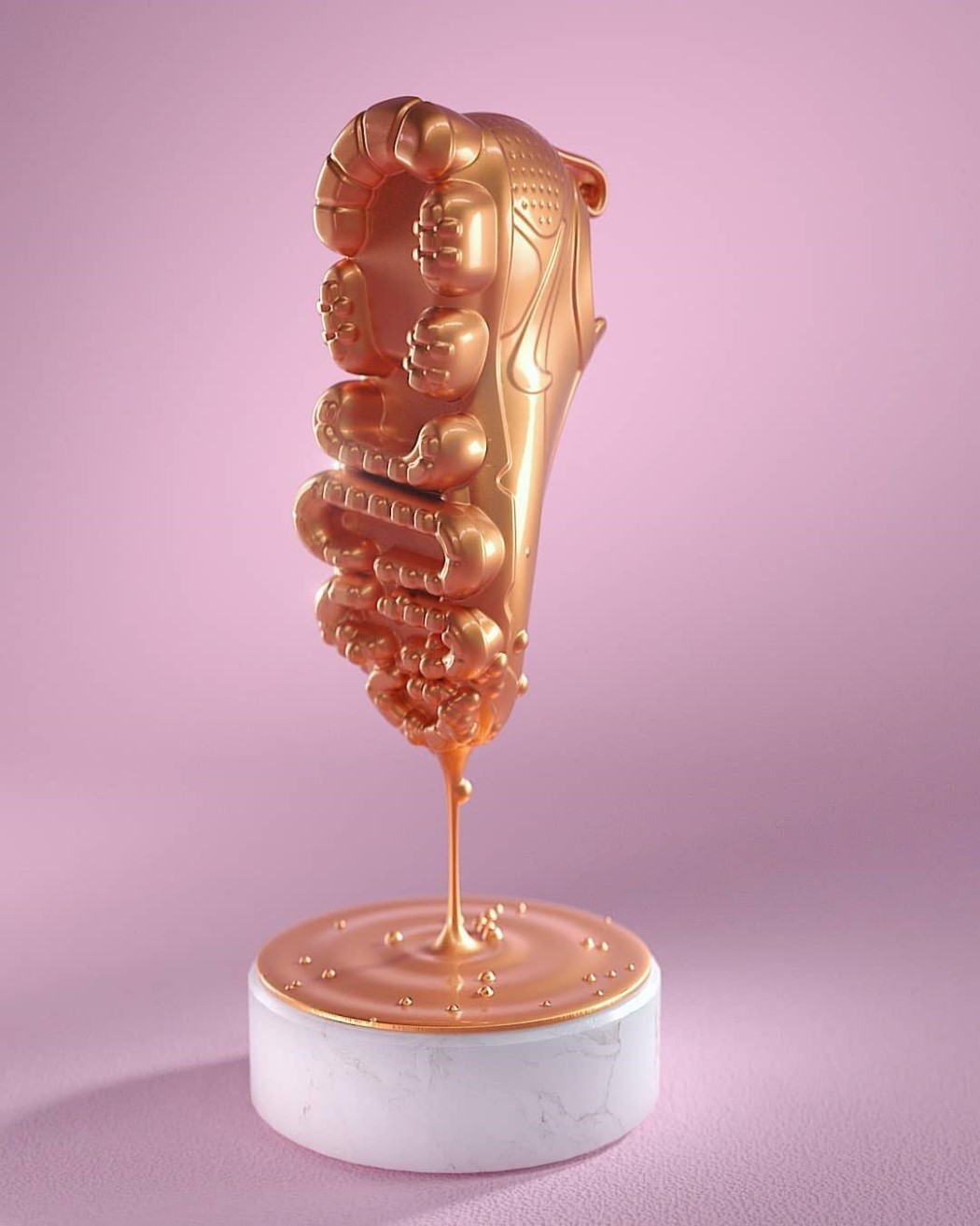 This shoe is quite literally dipped in gold. A little tinkering with fluid simulation and you’ve got quite literally a Golden Shoe, rendered artistically by Philipp Thoma. 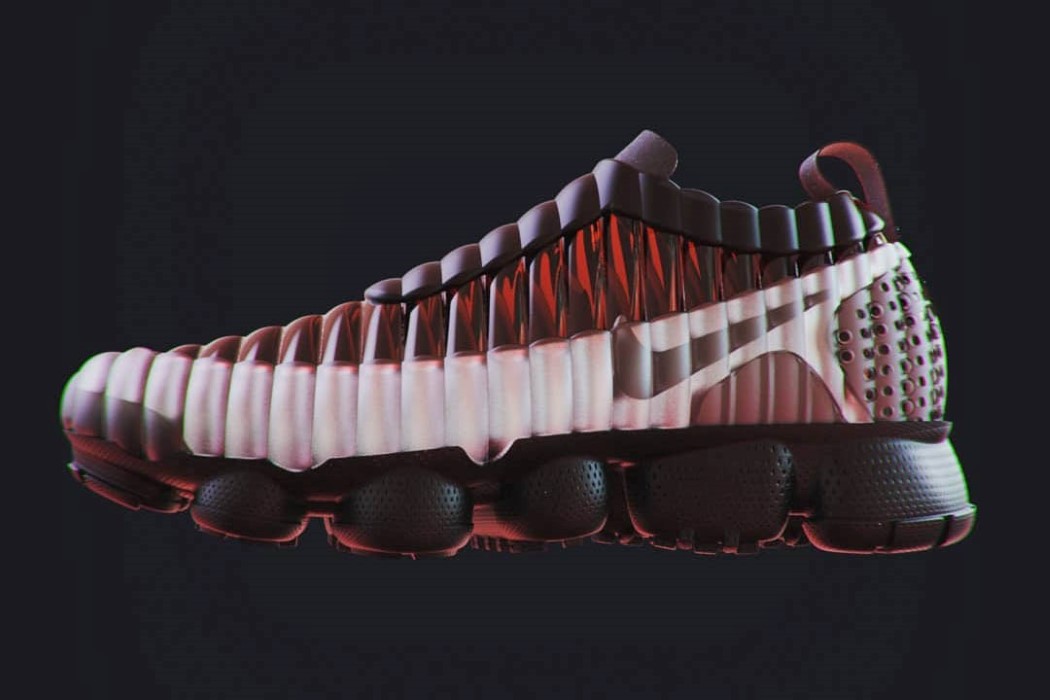 This rendition by Kaelan Abernathey wins our heart just for being different. With its unusual air-cushioned body and the leather trim right above the outsole, this VaporMax concept is unusual and grabbed our eyes even despite its beige and brown color combination. Would totally wear this if it existed. 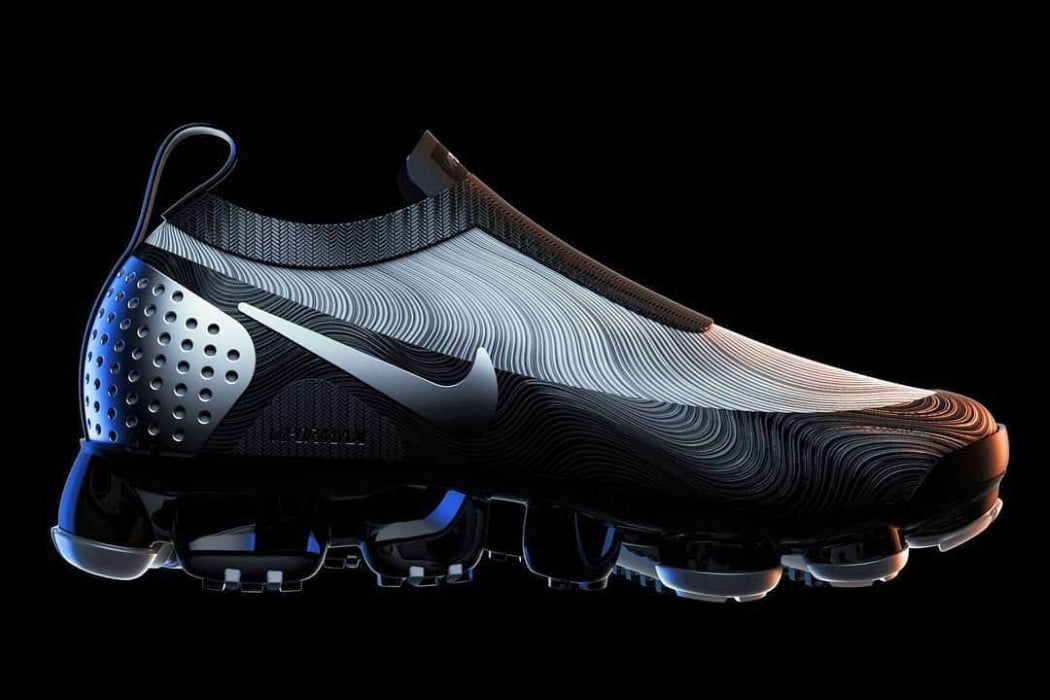 What really makes Shaun Wellens’ rendering pop is his choice of the Oreo color scheme, and the use of hypnotic contour lines on the body. You gotta love that subtle warm and cool lighting work too! 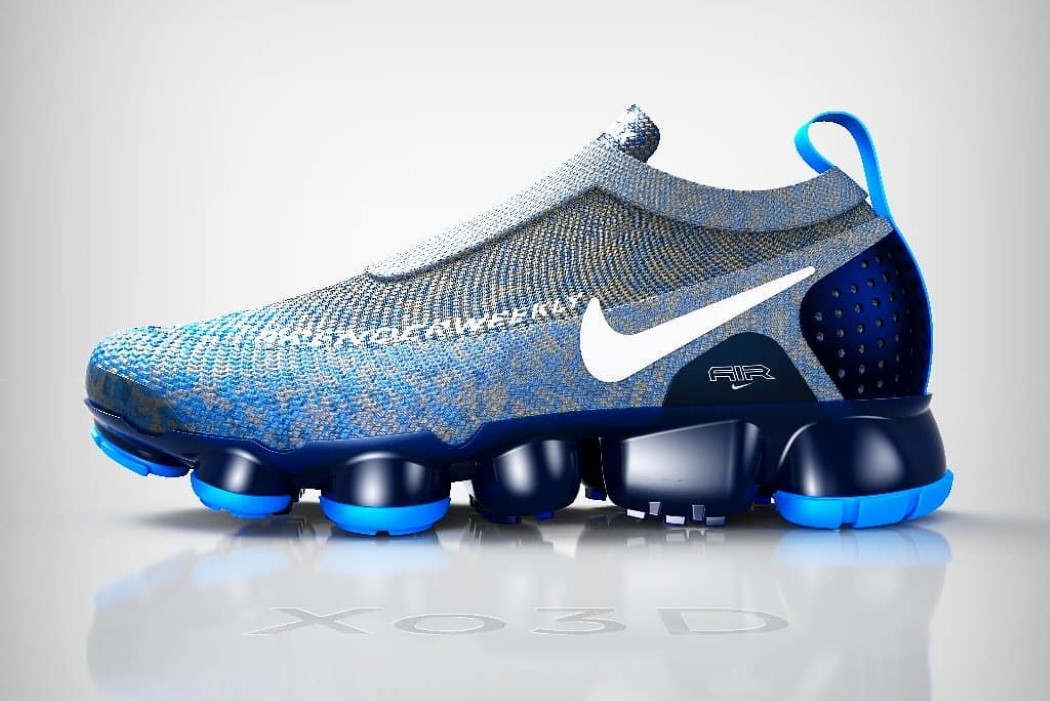 While I’ll admit that the knitted fabric sort of stretches at the toe of the shoe, XO3D‘s rendition of the VaporMax is rather appealing. The fabric body comes with its own blue-gray spatter design, and bright blue trims on the outsole that stand out against a sea of rich Navy Blue. The designer also very cleverly weaved RenderWeekly onto the shoe’s body! 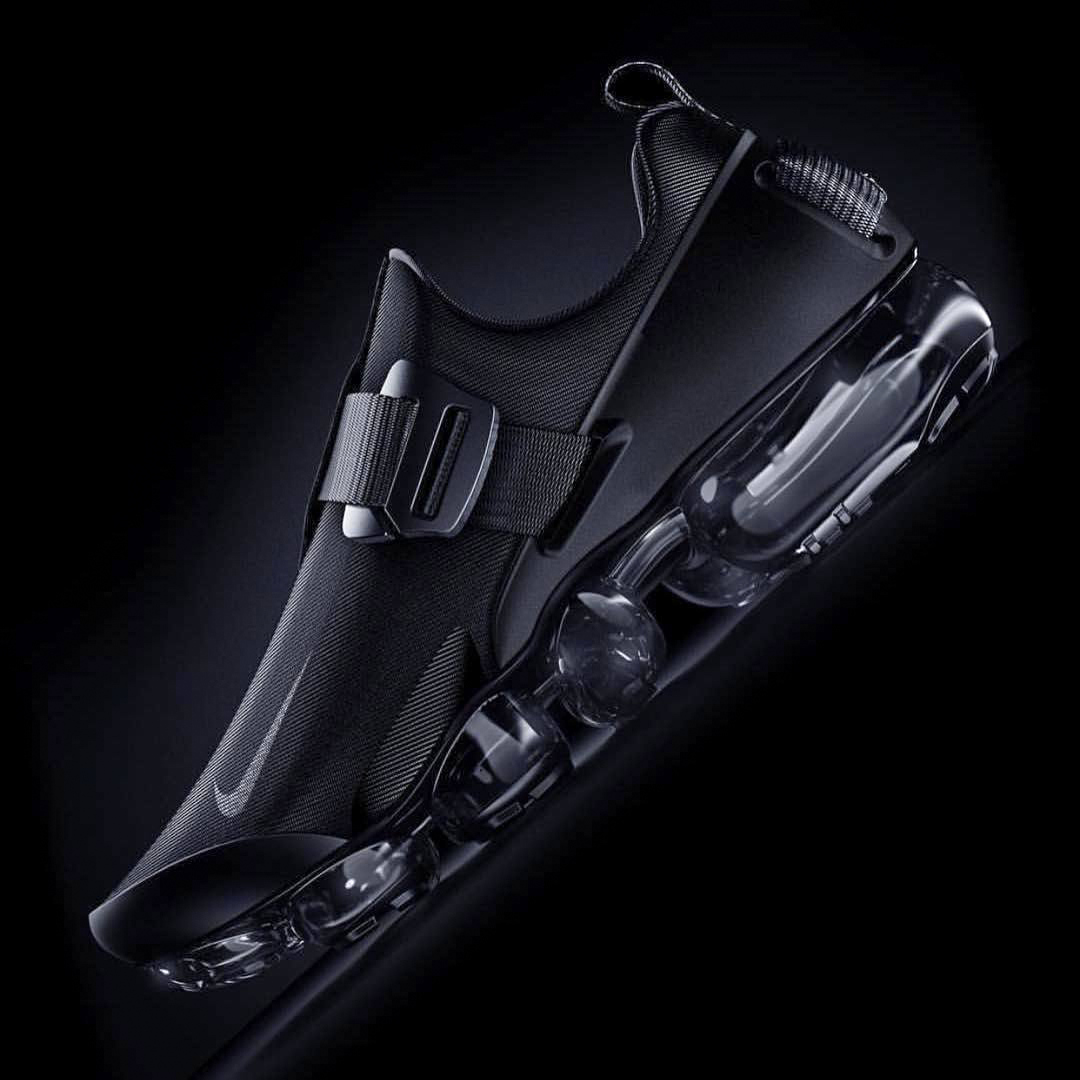 Draped in a tightly woven fabric, with straps around the top and back, this all-black VaporMax concept built from scratch by Bobby Turner looks notorious! I can’t quite get enough of transparent outsoles, personally! 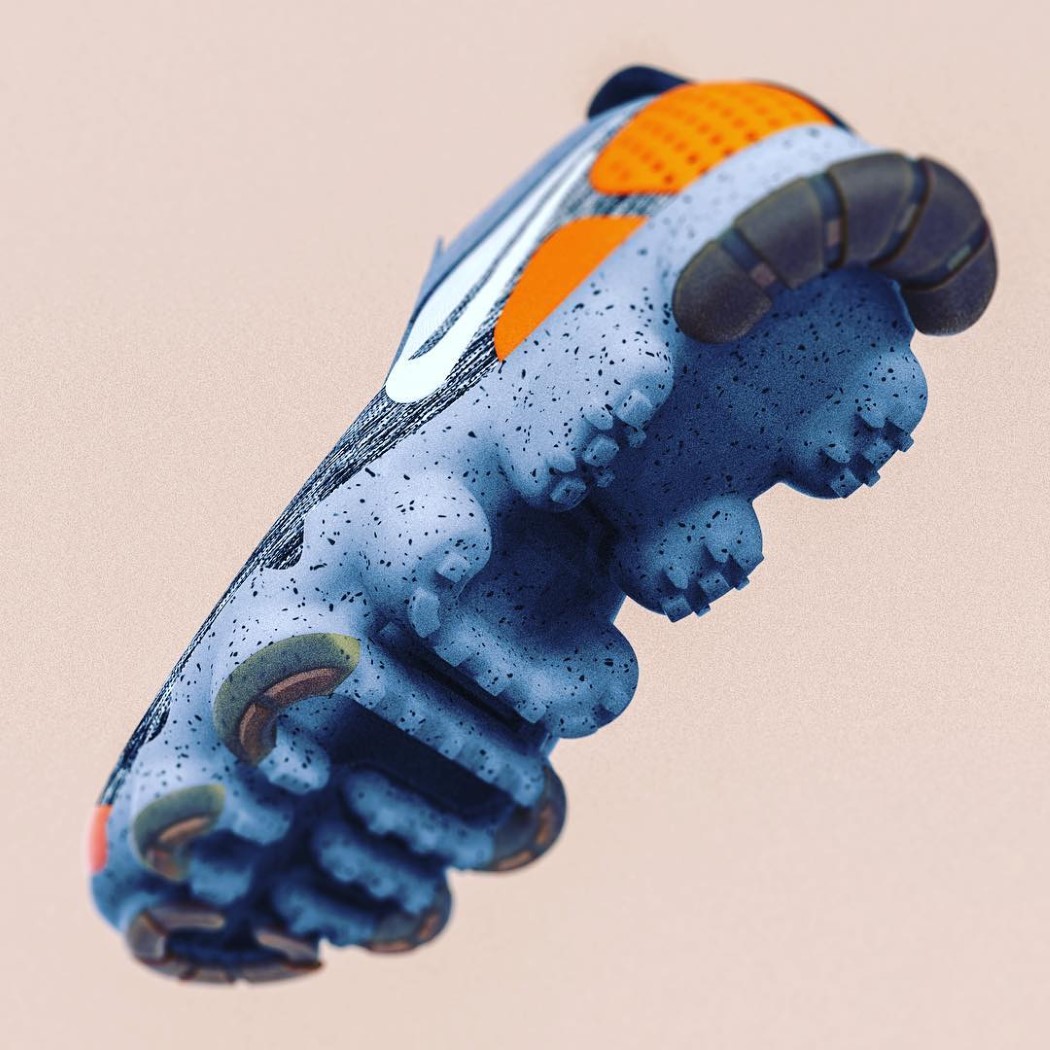 Positively Lemanooshian with its use of the industrial designer’s favorite splatter material for the outsole, David Cohen‘s VaporMax concept is an eyeball-grabber. Woven top with a striated pattern, speckled base, and a bright orange heel-cap. Win! 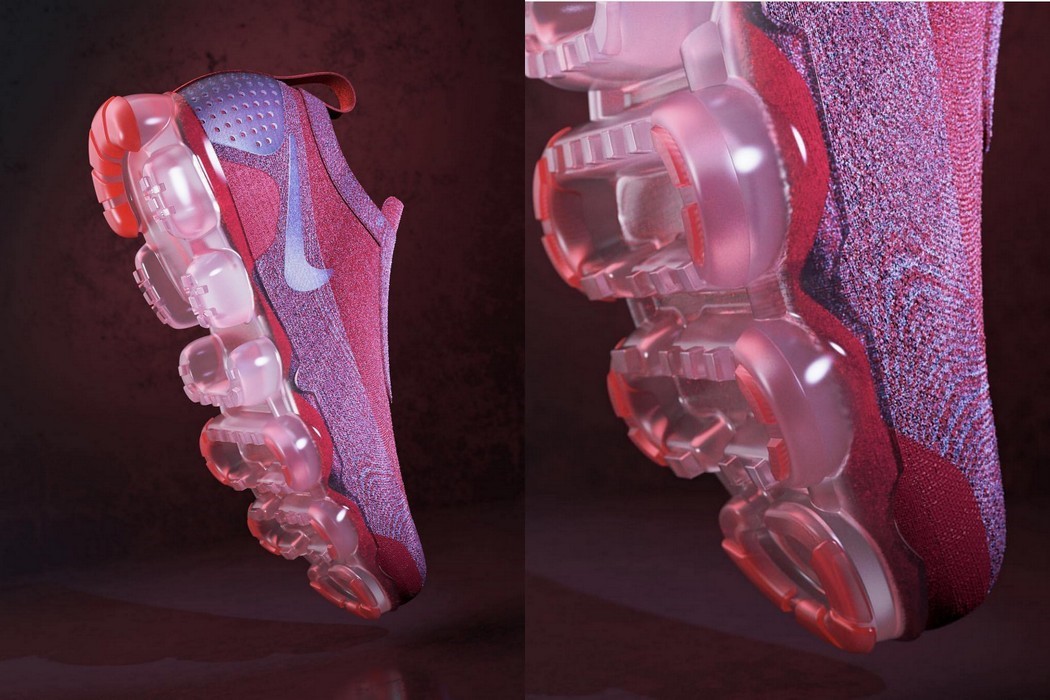 Speaking of woven tops and interesting outsoles, you have to take a pause to admire these kicks from Will Gibbons. Rendering quality is top notch, with great lighting and a background that doesn’t steal from the product. All lights on the product, which showcase the woven texture and a cloudy, translucent outsole that has an absolutely wonderful bubblegum appeal! 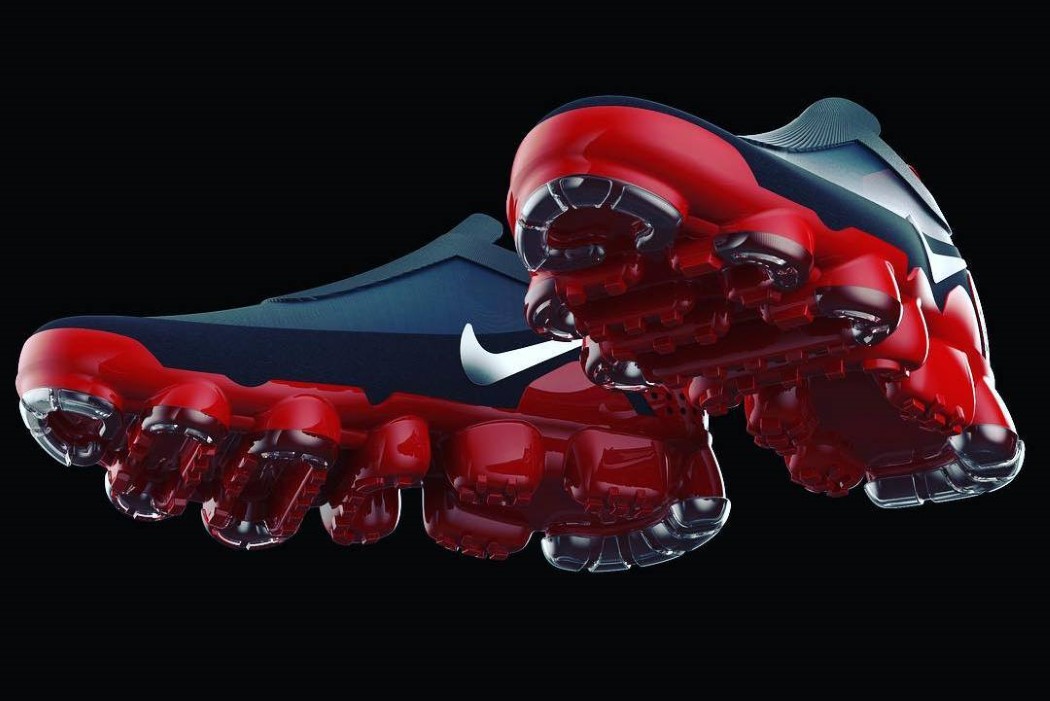 Simplicity at its finest, Dan Devine‘s Vapormax comes with a Superman color scheme and a chrome Nike Logo as well as chrome trims on a gorgeous, vibrant red outsole. A classic color scheme on an absolutely wicked model.

Sony gets a Sidekick

I said it before and I’ll say it again; design mash-ups are fun. Take this latest concept by Samuel Lau. He has blended together a…

Skip Till You Turn Red

It took a bunch of designers to figure out that a number of us fall off the wagon while following an exercise regime. Hence, they…

With the advent of LED lights, we’re no longer restricted to the tube lights of yesteryear! The triangular Triad light was designed to explore alternatives…

Simple in its design and description, the Right Angle Stair Handrail proposes a handrail that mirrors the stair’s contours. Probably not the ideal handrail to…