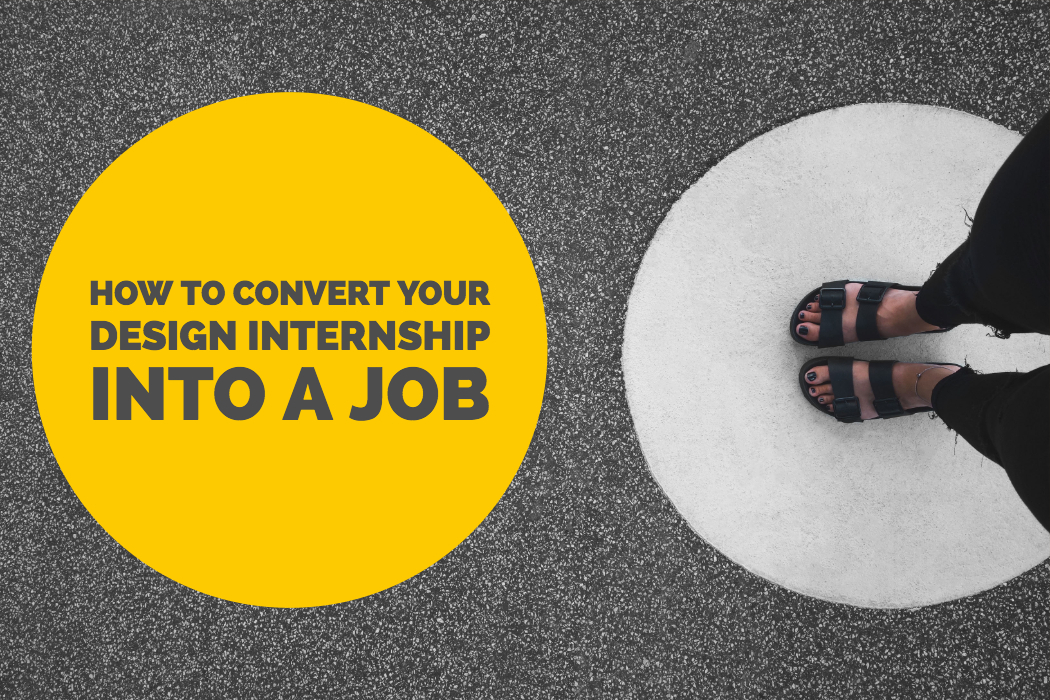 Congratulations on the first step of transforming your design education into a career – you bagged an internship! Now that you have your foot in the door, you want to do your best to continue working at that awesome place and create as many contacts as possible. Emily Gosling from Creative Bloq talks us through a bunch of everyday philosophies that will help you channel your creative energies and convert this opportunity into an awesome first job.

Looking for an amazing internship or job opportunity? Check out YD Job Board to work at some of the best design companies in the world.

Hiring designers? Post a job with us to source the best talent for your requirement.

For many new creatives, once their degree shows are over and their design portfolios are spruced up and ready to go, they start applying for design placements and interning within an agency. Thankfully, these are now far more comprehensive and involved than making tea (although that definitely helps) and shyly handing out post, silently praying you’ve remembered everyone’s names correctly.

A lot of studios directly recruit their junior designers from internships, so we spoke to some top agencies about what to do to make sure you stand out from the rest, and how to have the best chance of getting hired full-time once your design internship finishes. 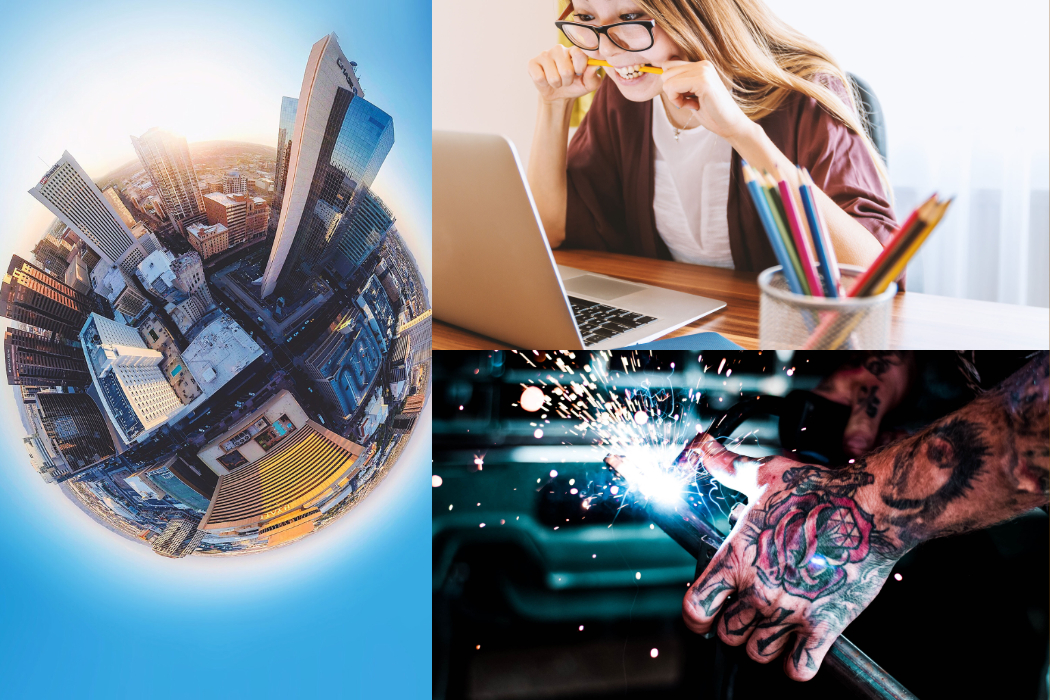 It’s likely that it’s a sparkling resume or design portfolio that got you the internship in the first place, but making superb, technically proficient, and beautiful work doesn’t stop when art school ends and your portfolio is done. It has to continue during the placement itself.

“Ultimately, we are looking for people who create work that excites us,” says Wolff Olins’ senior designer Alison Haigh. “We ask: Do they have skills we don’t have? Do they look at things differently to everyone else here?”

“As a small team it’s essential that everyone likes and respects each other. I don’t want to spend eight hours a day with people who annoy me,” says Jamie Ellul, founder of Bath-based Supple Studio. He warns against slagging off other design agencies that you might have previously interned at. “It’s a very small world – we all know each other,” he says.

East London-based design, production and animation studio Animade offers rolling three-month placements to young creatives, and has a healthy track record of going on to recruit them full-time. According to Animade’s co-founder and creative director Tom Judd, it’s crucial that people “fit in and communicate. You have to have that closeness and connection with the team, as we’re so close knit.”

Wolff Olins’ Haigh adds: “Others will notice how well you respect the people and space around you, as well as the responsibilities you’ve been given.” 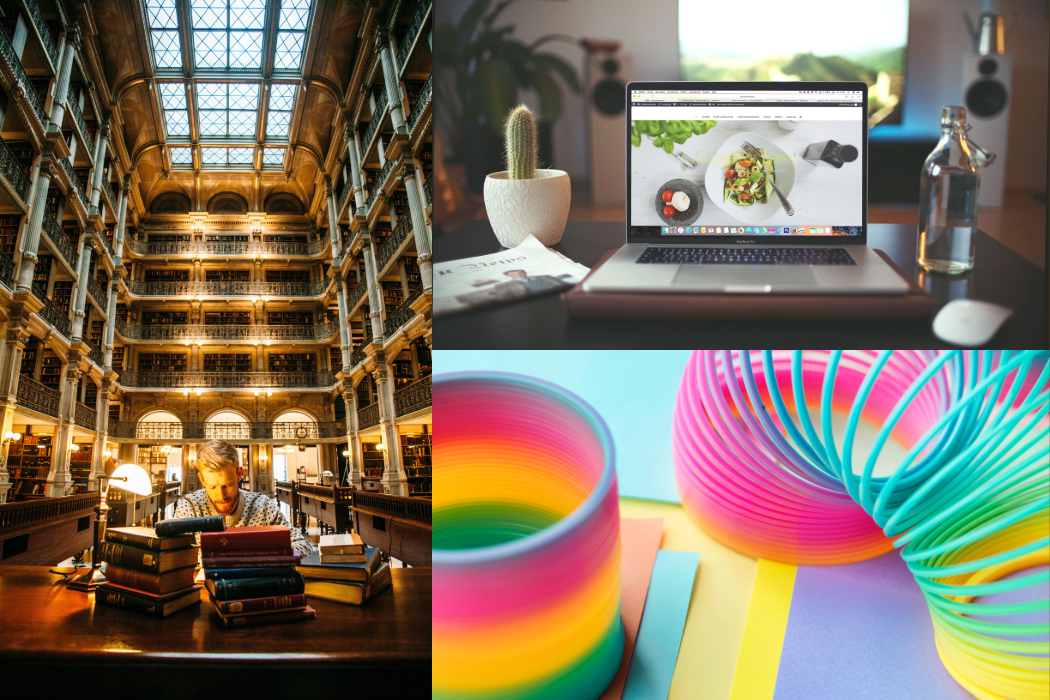 03. Be open, driven and willing to learn

Once you’ve landed a placement, nobody expects you to know everything already. That’s what placements are for: learning and developing. So don’t be shy if there are things you don’t know how to do. “Be self aware enough to ask for help,” says Koto founder and creative director James Greenfield.

Ellul agrees: “Honesty is the best policy – if you’re unsure, just ask for help. The best placement students aren’t afraid to ask for clarification or to raise a hand when they’re stuck.”

There’s a reason you want to intern at design agencies: because design is great, and designing can be fun, as can working in an agency. Greenfield looks for people who have a good sense of humour and “don’t need to work in silence.”

Ellul agrees: “It’s important to have a laugh at work.” Getting the tea and coffee round is also a cliche, but one that’s there for a reason – caffeine is the route to a team’s heart. Making a round of drinks is a really good way to get to know all the people in the studio,” Ellul says, “It’s also a chance to look over their shoulder and see what they’re working on and start a conversation.”

Callum Green joined Anyways (then INT Works) on a placement a few years back, which since turned into a full-time role. He recommends always being proactive. “If you’re set a task and finish it early, ask if there is anything else you can help out with,” he recommends. “You never know who you could meet from asking to help!” 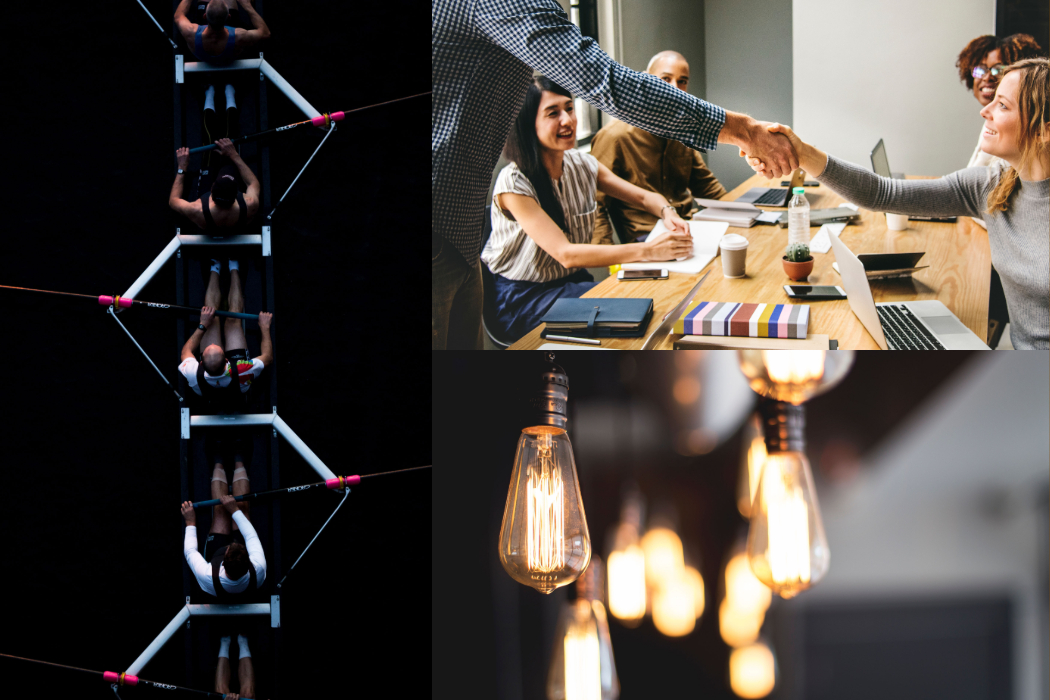 05. Leave your ego at the door

“The best interns I’ve worked with in the past are super-keen to get involved, inspiringly motivated, full of ideas (good ones and bad ones), opinionated but ego-free and brave enough to think differently,” says Ellul.

“For me, hiring is 50 per cent talent and 50 per cent personality. Even the most talented designer won’t get a job with us if they’re a bigheaded precocious prima donna.” This means never, ever “look grumpy,” he says, even when “asked to do something non-designery (ie. tidying the library).”

Green adds: “Always be positive. There is nothing worse than asking someone to help you out on something and getting a Kevin-esque reply. You probably aren’t there to do the fancy stuff, you’re there to help research, build decks, mock up designs.”

“Everything grounded in ideas,” says Greenfield.

For Ellul, a great intern is one who “makes all the other designers in the room jealous” by “nailing a great idea for a brief that no-one else thought of – blowing away everyone involved.”

London-based Pentagram partners Jody Hudson-Powell and Luke Powell say one of the main traits they look for in hiring a junior designer from a placement is “good thinking,” ie. “someone who is good with coming up with creative solutions, or is good at thinking holistically about a project and is able to see beyond the little piece they’ve been given.” 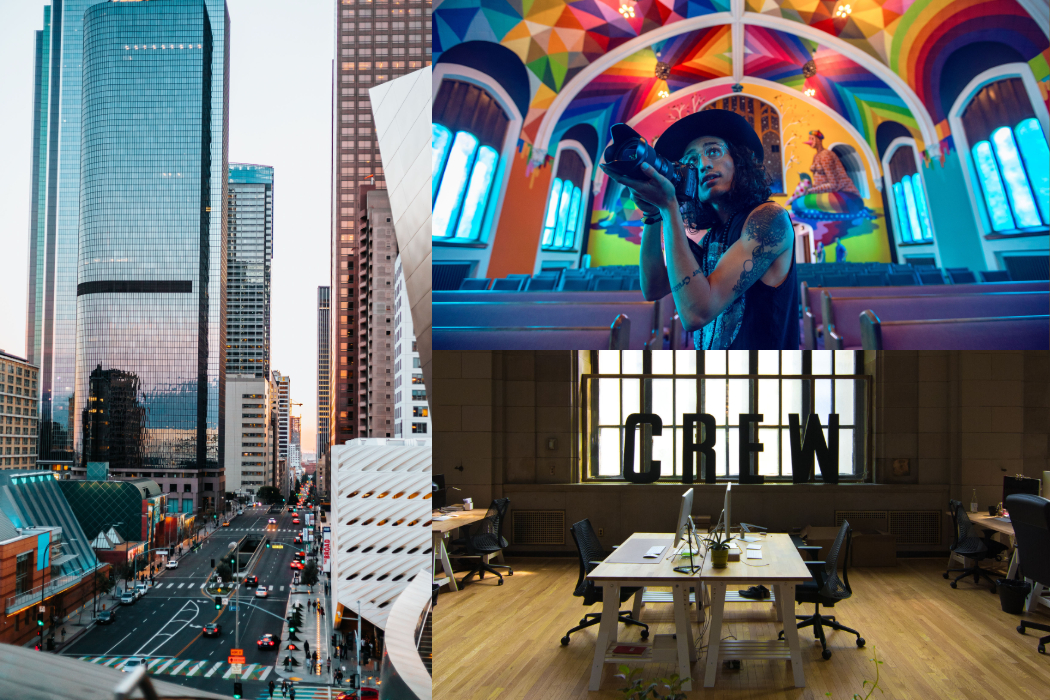 07. Know the studio you’re working for

Animade recently took on an animator full-time following a placement, and his original application stood out head and shoulders above the rest as he created a completely tailored piece of work. The applicant had designed his own version of Animade’s web toy frankenSim, dubbing it frankIntern. “It was quite mind-blowing,” says Judd.

“Greenfield agrees: “Since we started two-and-a-half years ago we have hired two interns. In both cases they seemed to instinctively know that extra thought thing needed, the ideas that got us excited and how the family nature of our business is important to gel with,” he says. “Look at the work the studio already makes and work out the 90 percent of it you would do the same and the 10 percent you would change. Apply that thinking to the briefs they give you.”

08. Have other interests and some lucky timing

“Don’t come in all guns blazing. Avoid gimmicks and tricks and cheesy ideas. Be calm and don’t do wacky,” says Greenfield, who looks for people who are curious about the world around them, and interested “in brands of all kinds and not just cool ones.”

Ellul adds: “I look for people with talents and interests outside of the design sphere – playing a musical instrument, or an unusual hobby or interest. Interested people are usually interesting people.”

Judd agrees. “It’s not necessarily that people need to be extrovert or have all-out charisma, as not many animators are like that,” he says, “but they have to get involved and be interested in things.”

Sometimes, though, you can be that person with the great work, the great attitude, no ego/wackiness/lateness, but the fact is that right now simply isn’t your time. Sometimes, especially in smaller agencies, there just isn’t a job going.

“Plenty of great interns haven’t got a job with us because there wasn’t a job to get,” says Ellul. “So hard work needs to be combined with a bit of lucky timing.”

YD has published the best of Industrial Design for over 15 years, so the designers you want are already on our network. YD Job Board is our endeavor to connect recruiters with our super talented audience.

The original write up by Emily Gosling published on Creative Bloq can be found here. 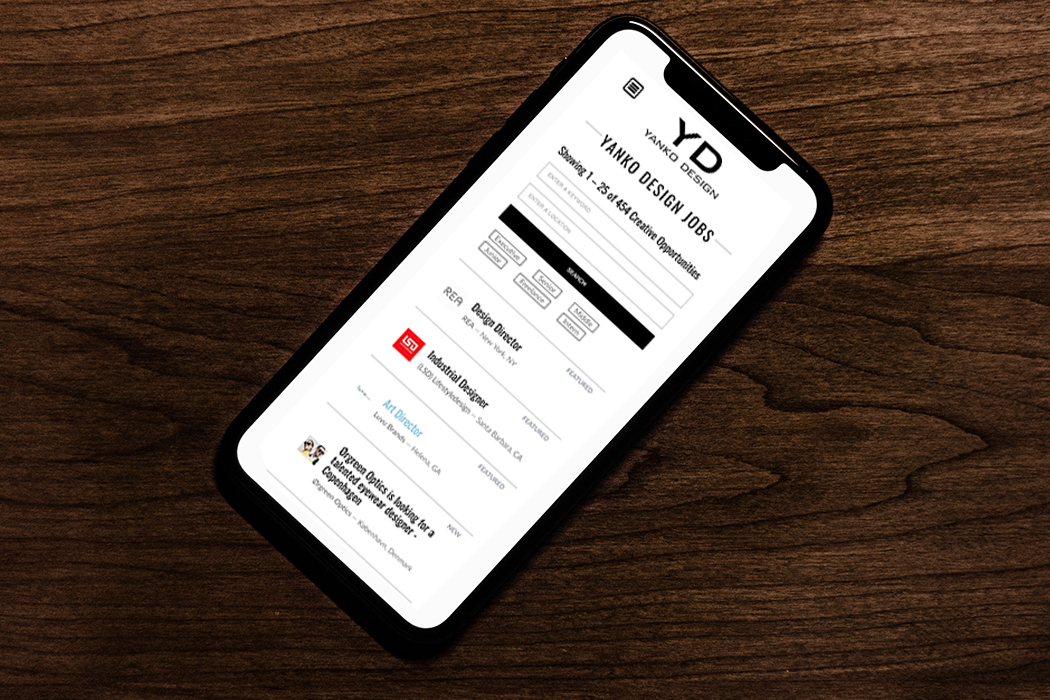 NOVA is more than just an air purifier. This “nomadic” product can be placed anywhere and everywhere to not only clean the surrounding air of…

The words “Design” and “Better” are bound pretty closely together. There is no design if it isn’t making a situation or an experience better, solving…