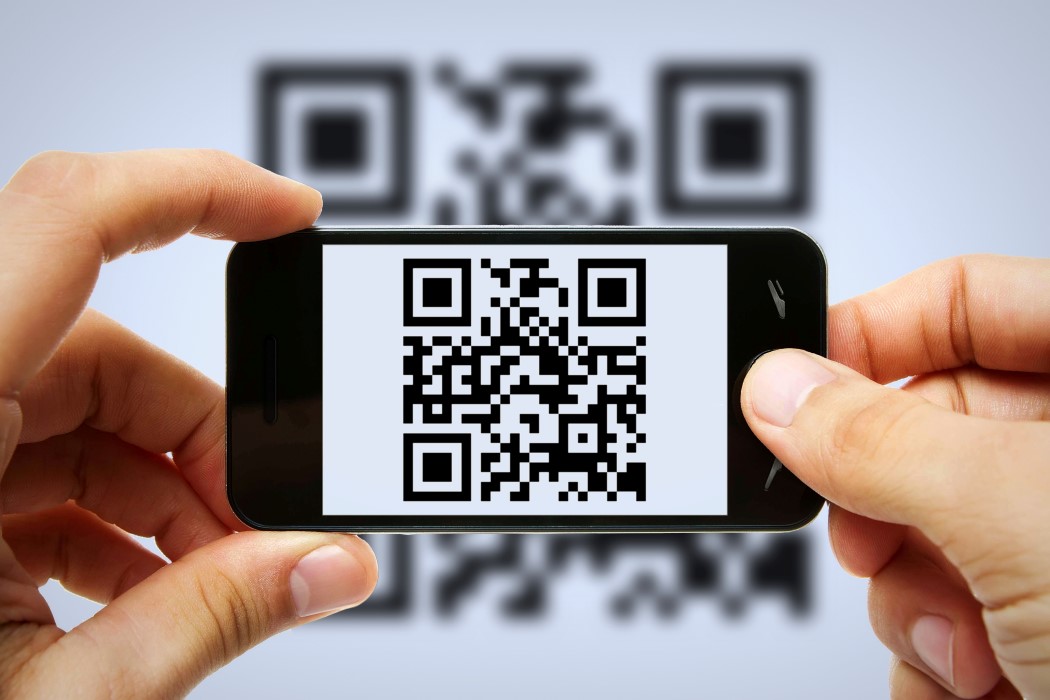 You’ve surely seen these codes around either in print or digital format. Chris Sacca may call QR Codes the ‘herpes of technology’, but they’re quite enabling; allowing you to link web pages, profiles, and even bodies of information to a specially formulated code that can be digitally scanned (in fact, you can scan the code in the image above too). Although considered ‘old tech’ by some (and a venereal disease by others), these little black-and-white boxes are apparently going through a revival. About 1.3 billion mobile QR code coupons are estimated to have been redeemed last year, and that number is expected to rise to 5.3 billion in the next 4 years. In fact, countries like India and China rely strongly on QR codes for visiting web pages, making payments, or even storing government-backed identities.

The QR in QR Code stands for Quick Response code. Developed and patented by Denso Wave, a subsidiary of Toyota Motor Corp in 1994, QR Codes were used to track vehicles as they moved along the assembly line, and to quickly scan components used in the vehicles. While Denso Wave still owns the patent over the technology, the company very kindly granted free license to it, allowing third parties to use the technology and help it be widely accepted.

The QR code is a natural evolution of the zebra barcode. While the barcode holds smaller bits of information, laid out on a strip of black lines of varying thicknesses, spaced apart differently, QR codes actually store much larger pieces of data (as much as 350 times the data you could store on a barcode), and are laid out on two dimensions, vertically and horizontally. Additionally, barcodes are scanned using a thin strip of infrared light and a sensor that reads the way the light bounces back to it, while QR codes are digitally scanned using a camera and software to decrypt the information.

The information in the QR code is contained within the black and white squares, called modules. It is this arrangement of modules that stores the data. The more modules, the more data. The design of a QR code can even be broken into different parts that serve different purposes. The large squares on three corners of the overall square are referred to as ‘position markers’, and the camera or QR scanner usually track these position blocks to determine the orientation and location of the code as well as its outermost edges. The position blocks are separated by white breathing spaces, so that the camera can easily distinguish between the position blocks and the and the rest of the code. 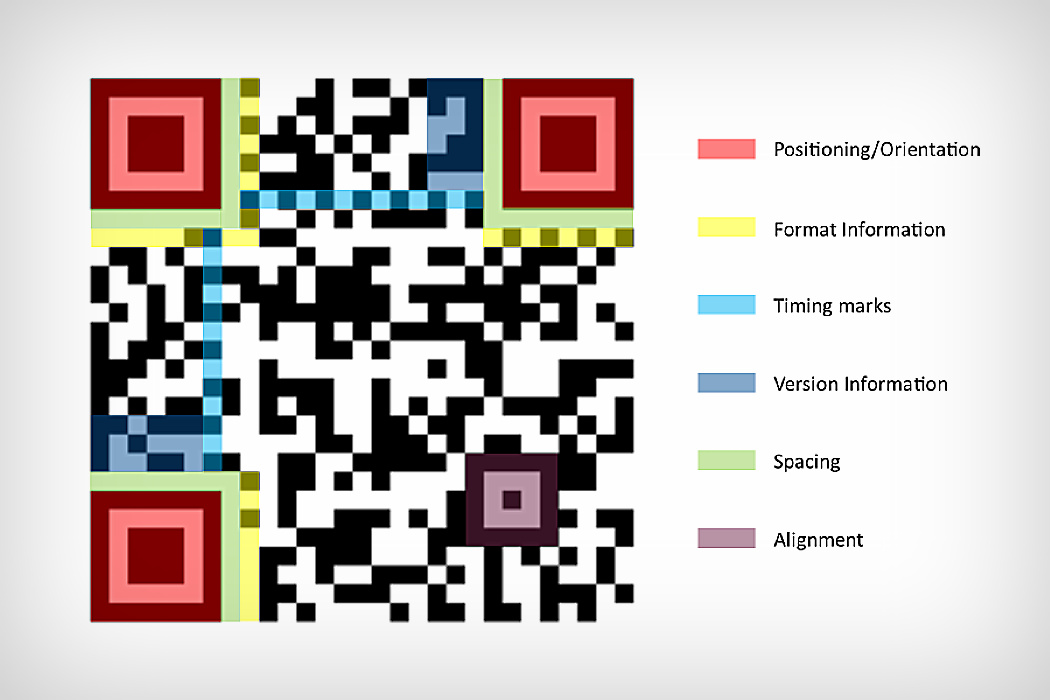 The rest of the code comprises small pixelated blocks, and in order to read them, the scanner must determine two things. The size of the block, and as a result, also the spacing. The scanner does so using a row of alternating blocks known as timing marks, located along the base of the upper two position markers. These alternating blocks of black and white give the scanner information of how big each individual black pixel is, and the spacing between them. An alignment block on the bottom right corner reinforces the information provided by the position blocks and the timing blocks, while also ensuring the code can be deciphered even if it’s distorted, for example, if viewed at an angle. Other features of the QR code include a Format Row that tells the scanner what sort of information the QR code holds (whether it’s a URL, text, etc.) and a Version Control area that helps the scanner identify the version number of the code. The rest of the code stores all the information that the QR code’s supposed to hold.

Since QR codes are likely to get damaged (given that they were meant for a factory floor), they employ an error-correcting mechanism known as the Reed Solomon code. This system adds redundant/repetitive information to the data so that it can be recovered even if the graphic is slightly damaged. This Reed Solomon code also allows you to input logos and graphics into the graphic without compromising the information stored within the code to create a sort-of ‘vanity QR code’.

QR codes, whether you like them or not, open a lot of gateways for storing critical pieces of information in small spaces. The design of a QR code is scalable too, so the bigger the QR code, the more information it holds (version 40 of the QR code has a 177 by 177 pixel resolution). QR codes are finding increasing applications in payments, where you’d expect NFC technology to fail. In fact, WeChat in China, and PayTM in India use QR codes for merchants and customers, allowing you to simply identify transactors by scanning their codes either in print, or from a screen. Snapchat and Facebook’s Messenger are taking this technology further by designing QR codes that are proprietary in the way they look. Your Snapchat profile picture is, in fact, a scannable vanity QR code that contains your avatar in the center. FB Messenger uses a radial pattern, as opposed to Snapchat’s ghost-shaped QR code, for individual profiles. Today, QR codes are being used in innovative places, from tracking logistics and guerilla marketing to even allowing cashless donations to the homeless and encouraging voter registration, and the possibilities can only increase with AR and VR… So next time a Shark Tank investor tells you QR codes are dead, maybe don’t really listem to them!

Get effortless disposal of ash with this nature-inspired incense holder

Everything begins and ends with nature. It is the ultimate source. Hence it’s no surprise that designers are drawing deep inspiration from it. Dawn by…

A Most Modest Dehumidifier

Even if you live in the driest of deserts, your bathroom can become a place for bacteria and mold to flourish if you don’t have…