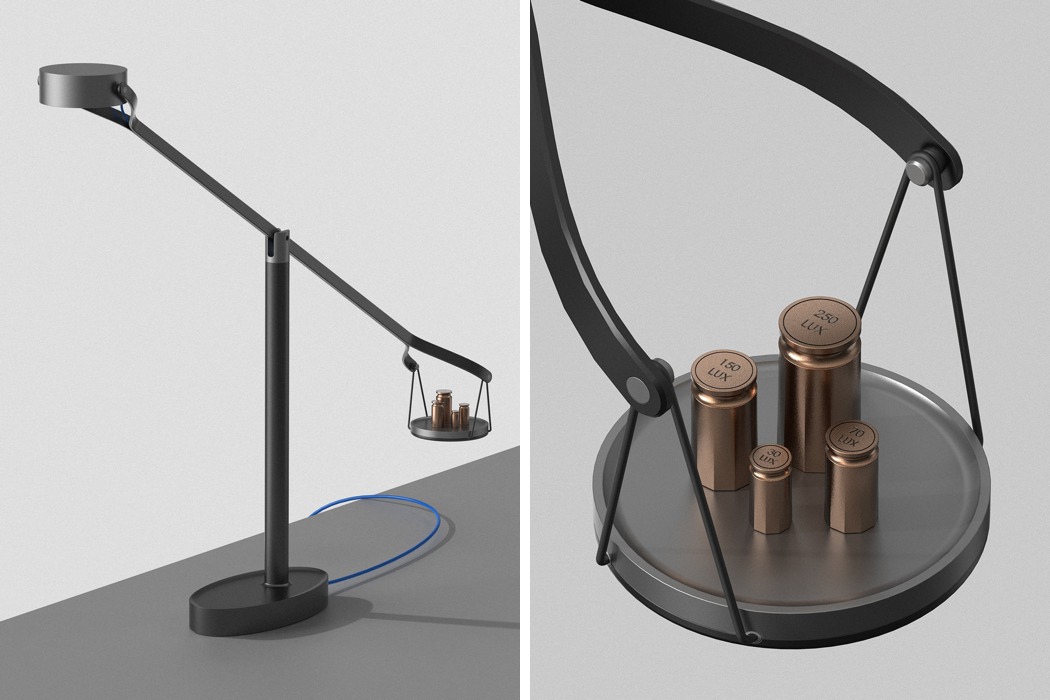 Light is undeniably intangible, and a tangible form for it does not exist. For this reason, Jay Kim set out to design a product that materializes light, and the solution came in the form of a beautifully elegant lamp with an added layer of subtle yet intriguing human interaction.

It carries a stunning design that has been inspired by the iconic form of the traditional Balance Scale; this instantly recognizable shape is appropriately associated with the balancing of two objects, making it perfect for this lamp!

The weights, that are held in the minimalistic base, represent the varying amounts of light, and each weight has their level of luminance engraved clearly on their top. The more weight that is placed in tail pan, the higher the lamp will be raised and the brighter the light will shine, this allows Weightify to take on the role of three lights: a night light, mood light and office desk light! Such an alluring and interesting product!

Light is one of the intangible matter that does not exist in tangible form. In terms of science light can be perceived as waves or particles. So, I was imagining what if we can materialize light, and what kind of interesting interaction I could apply to the lamp? 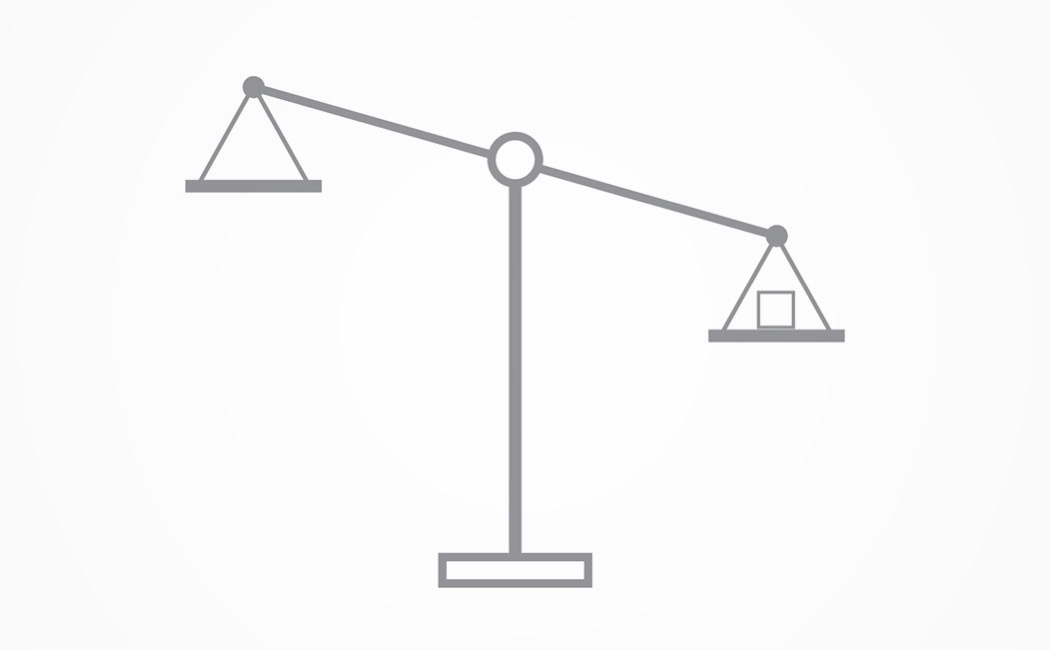 My inspiration of the desk lamp came from the balance scale, a mass measuring instrument, because it has a strong visual language that indicates a relationship of two different objects in terms of weights. 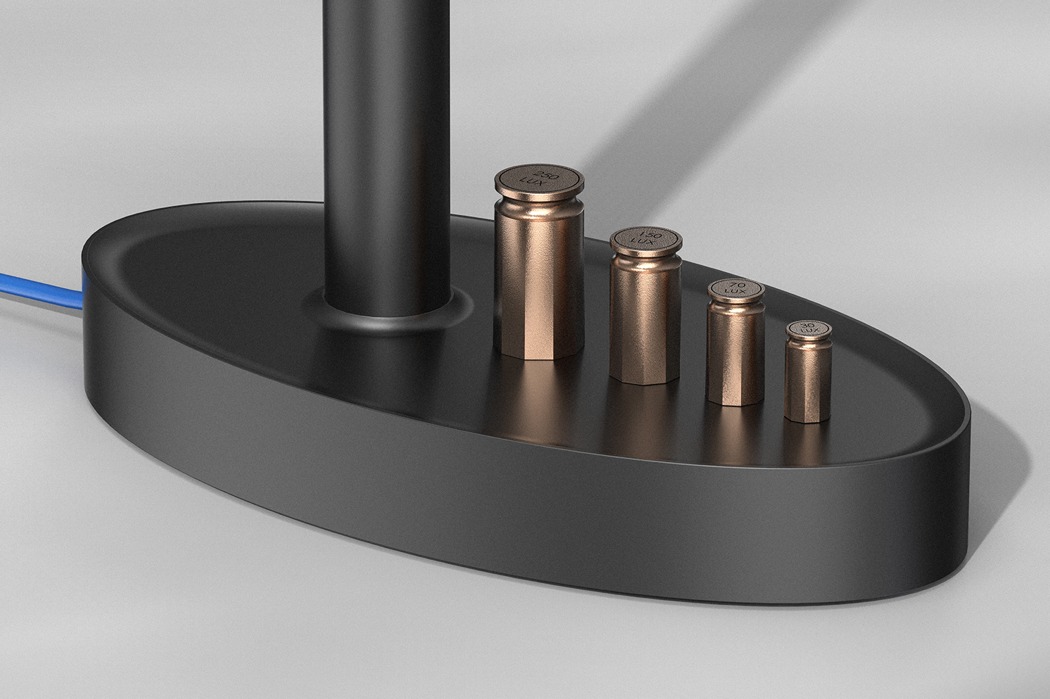 Weights Of The Light

There are four weights with engraved luminance unit (called LUX). It symbolizes that different amount of light is captured inside each weight. 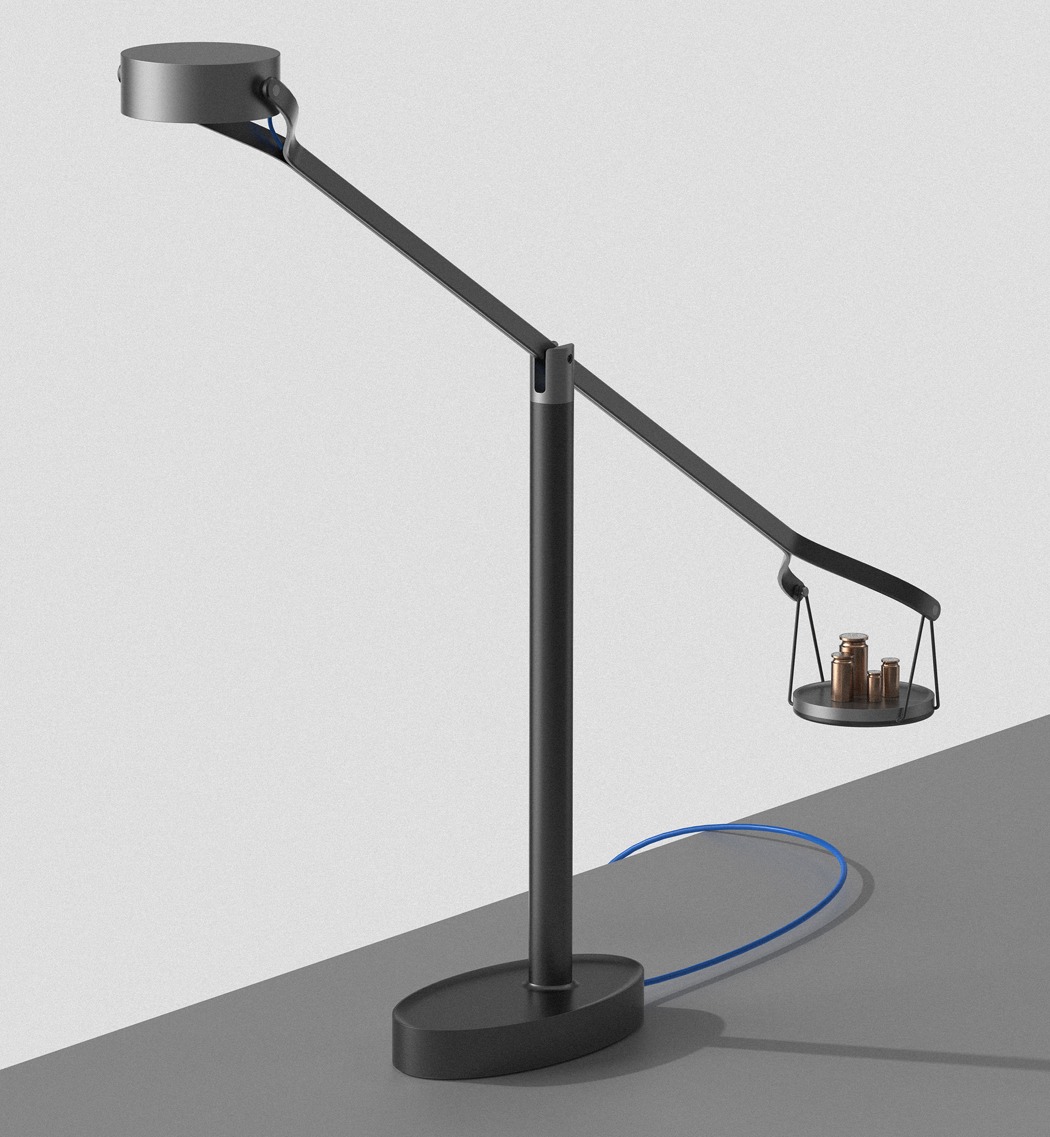 As the user put the weights on the tail pan, the lamplight gets brighter while it raises the head. Also, the blue accent color cord gives hint of playfulness to people. 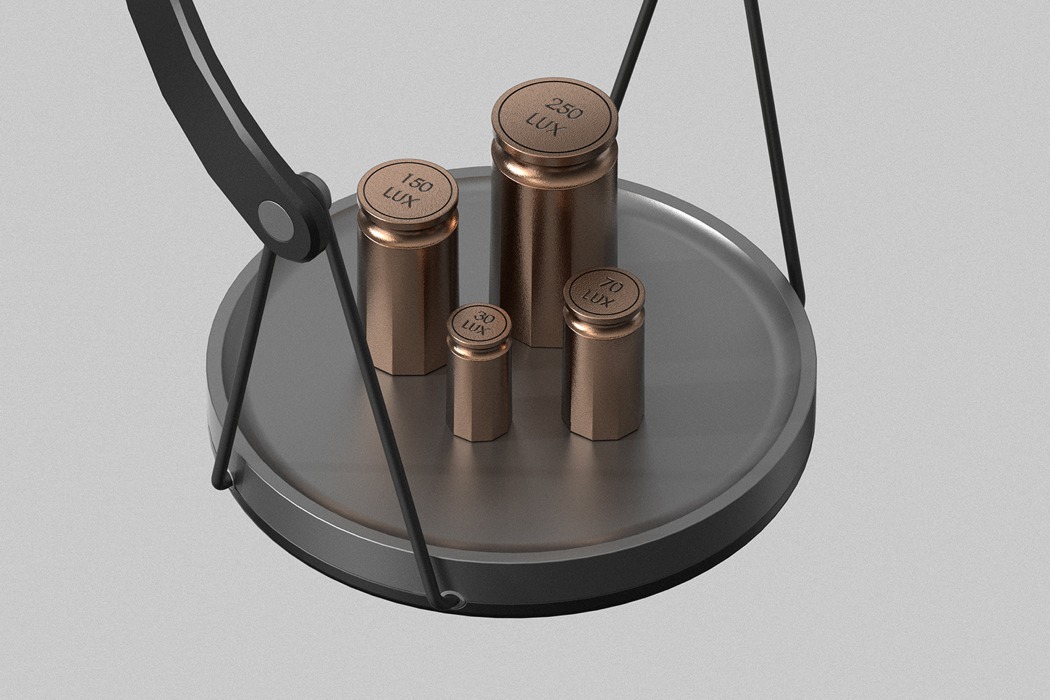 Precise Amount Of The Light

Each weight contains a certain amount of the light, and it can be mix weighted for certain use. 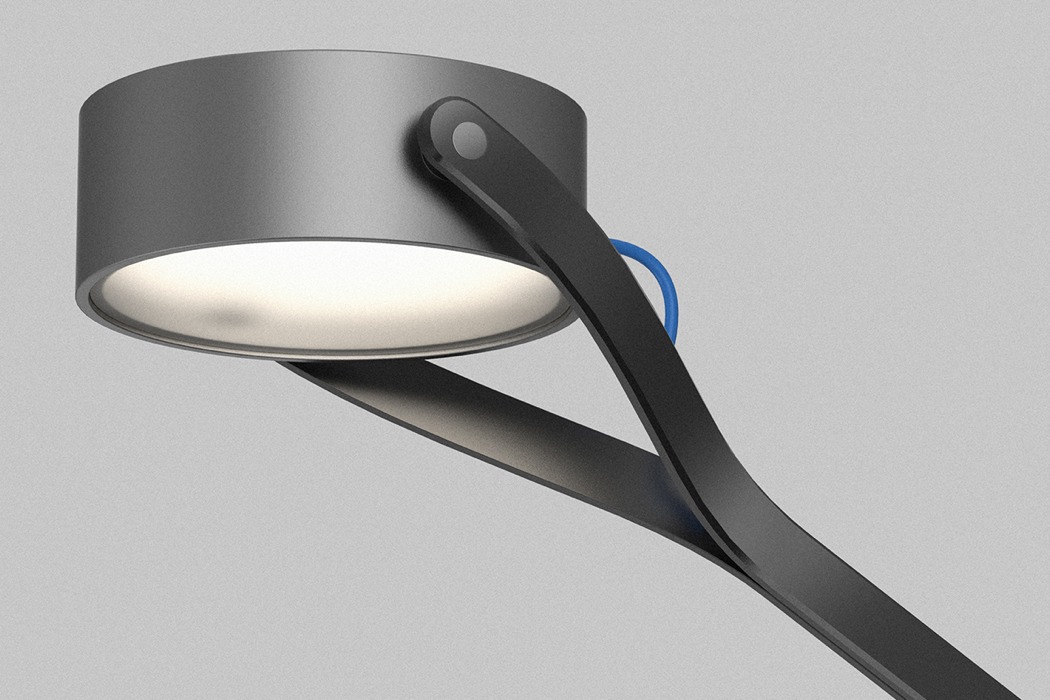 As the lamp head is raising or falling, it always parallels to the ground like a gimbal. 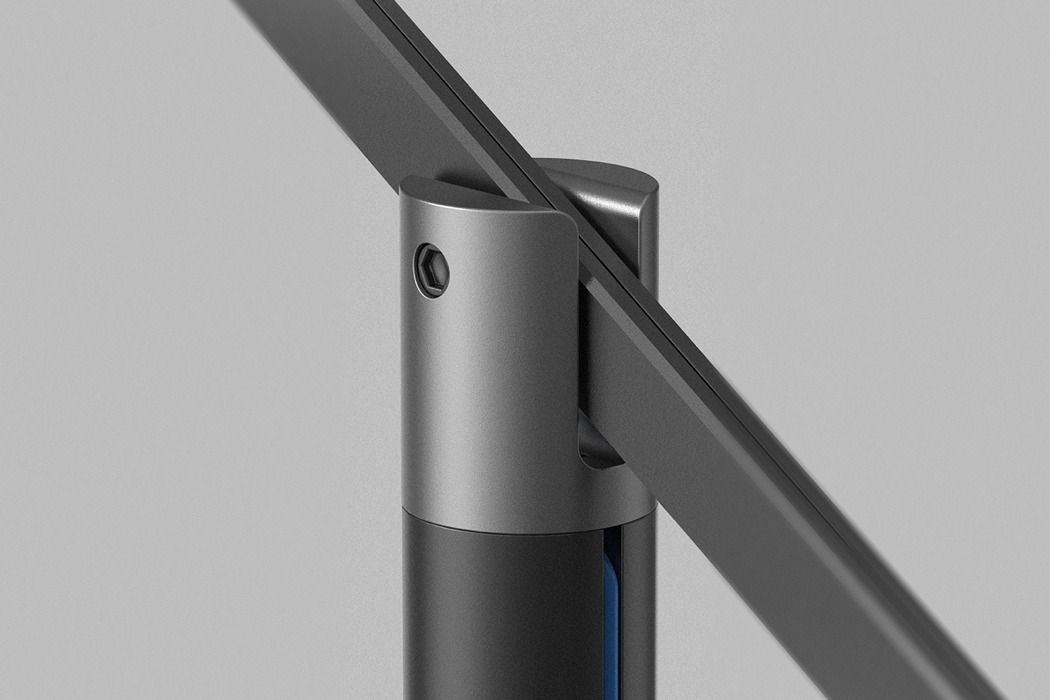 Joint holds the beam firmly yet lubricated to create feather-like swing movement of the arm.

As the light gets brighter it covers a wider area. 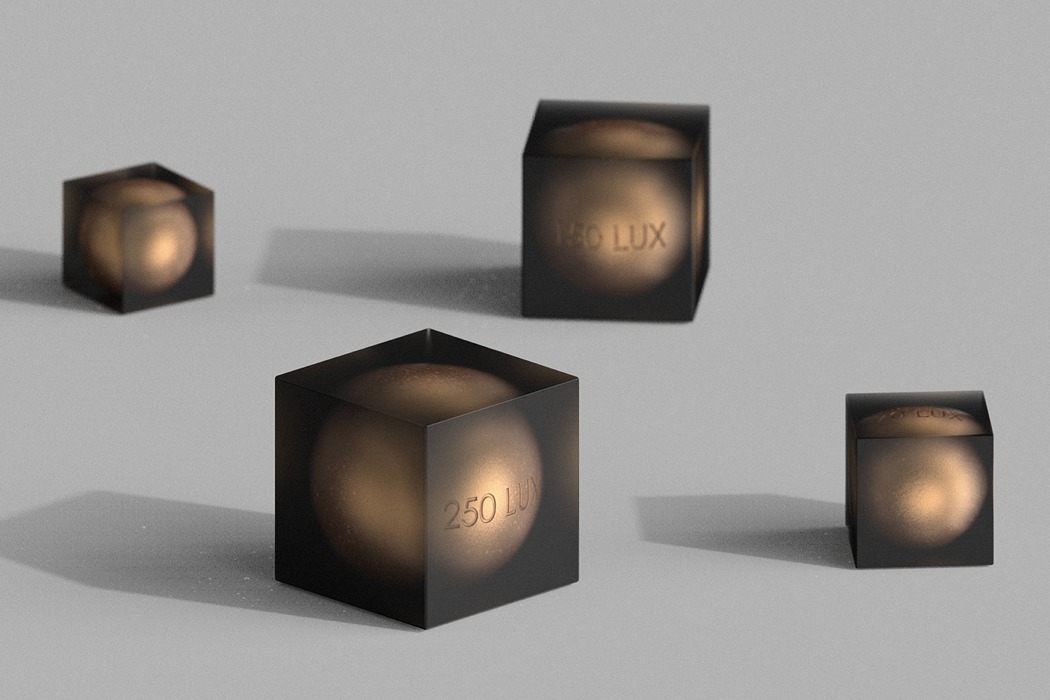 This design is more poetic than the original design because it strongly implies that a certain amount of light is captured permanently inside of the dark cloudy resin. (It’s like a fossil in amber)

This badass drone adapts the best of helicopter and aircraft design!

Drones come in all shapes and sizes since they have gained exponential popularity in the last few years. The plentitude of possibilities of drone design…

That’s no artifact you’ve got your eyes fixed on there, that’s a genuine Studio Italia Design lighting fixture! Channeling the fantastic design sense of these…

They often say you should measure twice and cut once, but this handy gizmo helps make sure you don’t have to do it over and…

If you are on the lookout for a compact gaming keyboard with unique features, then Roccat has got your wish granted. The German computer accessories…