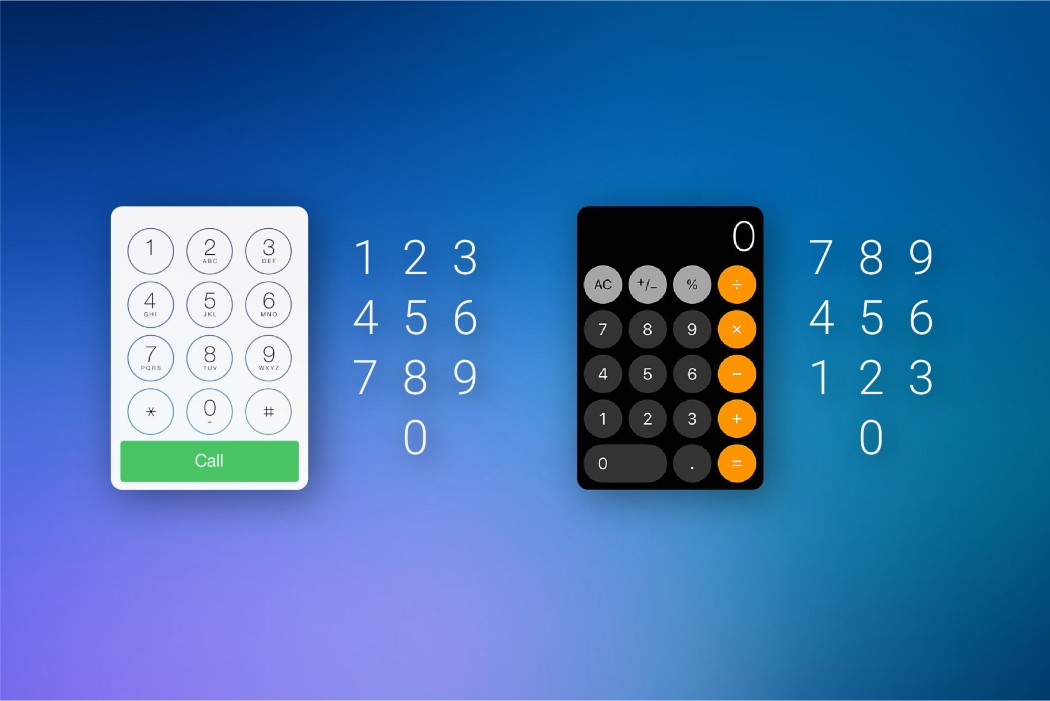 Take into account all the places that utilize the number pad and you’ll notice a disparity that’s quite odd but humanity seems to have made peace with.

The number pad. You see it everywhere, from your dialer, to your calculator, and your phone’s unlock screen. You’ll see it on the right of your keyboard on your computer (if you’ve got a numpad), and you’ll see it in your ATM machines, cash registers, card readers, security systems, and if you’ve still got one, your landline phone. The numbers, for obvious reasons, are the same… but the layouts aren’t. Phone dialers and ATM machines have it starting at the top with 1, going down to 9, and ending with a 0 at the base, sitting between the asterisk and the hashtag; but you look at the calculator, the cash register, or the computer’s number pad and it’s the other way around. The zero or the lowest value sits at the bottom and it increments moving upwards, ending with nine right at the top. It’s always bewildered me that we’ve had these two separate systems for separate machines, even today. There’s no fixed reason for the difference in layout, but there seem to be a few interesting theories to define exactly how we arrived at this bizarre placement.

My favorite theory takes us on a time-traveling trip. The reason the two keypads have different layouts today is that back when they were first invented, they were two completely different products, using different technologies, and served different purposes. Long before the modern day touch-tone phone, we were used to the rotary phone, which arranged the numbers from 1 to 0 on a circular dial that you’d rotate (the zero was actually treated as a 10. I explain why a little later*). With the advent of touch-tone hardware in the 50s, companies decided to stick roughly to the current layout, having the 1 at the starting, and the 9 and 0 (or ten, as they called it) at the end. They followed the standard 3×3 matrix to arrange the 1 to 9 (arranged from left to right), putting the 0 at the bottom, between the * and #.

The calculator, on the other hand, had been designed long before the modern phone, and used a format with 789 at the top. The design of the calculator was based on that of the cash register. The keypad’s layout wasn’t an evolutionary one (like the telephone), but a functional one. The 0 was placed intentionally at the bottom of cash registers because with the currencies that were used, the 0 was pressed much more often than any key, so it made sense to keep it within hands reach. Having currencies with the denominations 1, 2, 5, 10, 20, 50, 100 etc, it also made more sense to keep these lower numbers towards the base too. So the 1 and 2 were placed immediately above the 0, making the cash register easier to operate. The calculator simply followed this functional format. 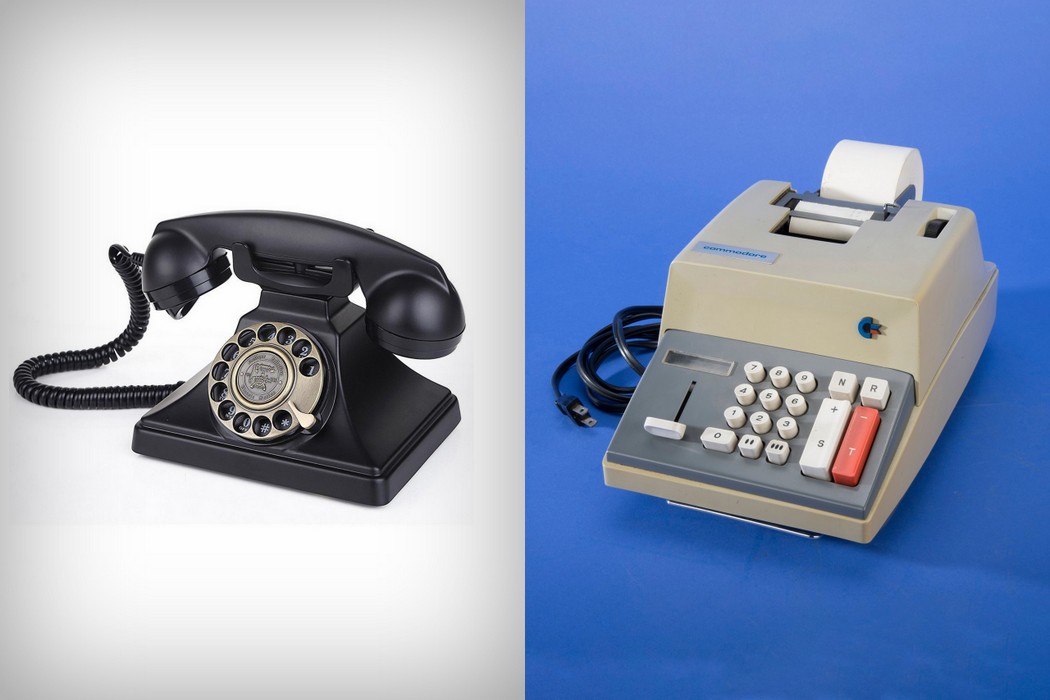 A rotary telephone and a calculator (or an adding-machine)

The second theory also seems interesting because it talks about creating two separate counter-intuitive, reversed layouts on purpose. The calculator was invented long before the touch-tone telephone and was used for data-entry. Data-entry professionals using these calculators had gotten into the habit of crunching numbers at incredible speeds. The touch-tone phone, however, couldn’t operate at those speeds and would often end up missing a number or two if you dialed too fast. It’s rumored that phone companies then decided to reverse the layout to “confuse” people, allowing them to take more time to dial the number correctly, giving the telephone enough time to register the number dialed. Marvelous isn’t it?! It’s a shame that none of these theories can be claimed as the one-true reason we have different keypads.

It’s worth also noticing how on the phone, the 0 falls after the 9 since it’s actually considered to be a 10, and how on the calculator the 0 falls before the 1 because it’s treated as a 0 or a number with no value. In both their formats, the 0 finds itself at its appropriate place, according to the value assigned to it! I still find it silly that we’ve held onto this strange past all these years, but the history lesson (and its share of speculative theories) that comes with it definitely makes me appreciate this strange duality!

Have you ever ruined a movie, an interview, or maybe even a sexy date because you forgot to turn your phone off? If so, then…

Let me tell you a story about the alarm clock. Today I slept right through mine. But not before I woke several times before the…