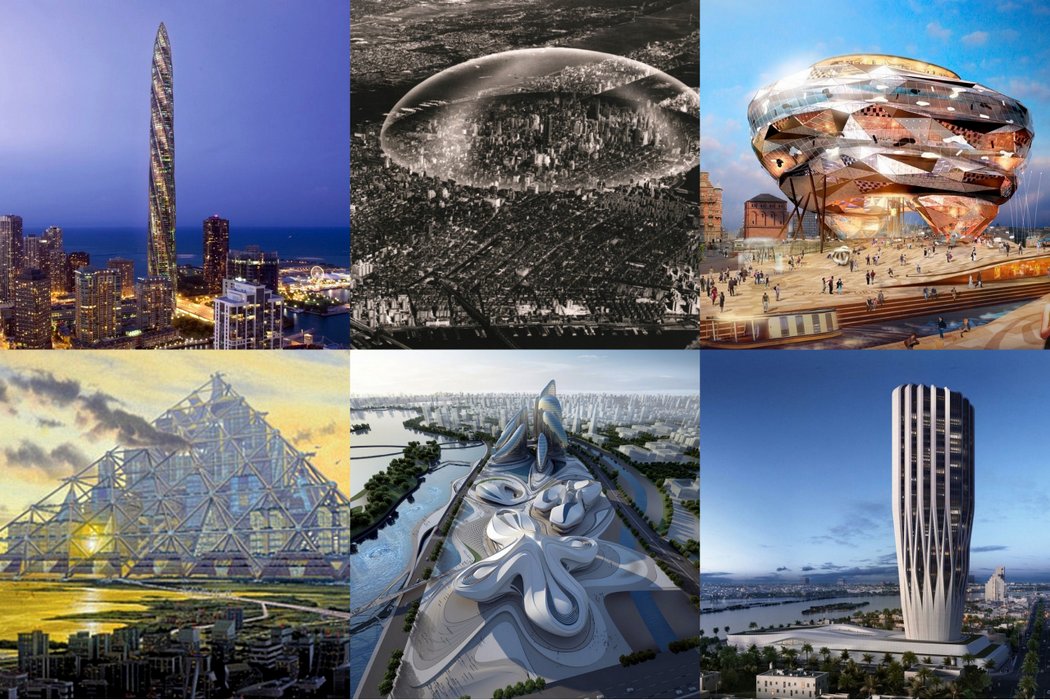 What could you possibly mean by imaginary, oh writer?! Well, this round-up is of buildings that were supposed to be made but never got built. Some were halted due to financial constraints, others had safety issues, and some just got plain scrapped. This edition of Architreasure isn’t really about treasuring architecture… it’s about looking at designs that didn’t get the opportunity to change the landscape of this earth. Let’s dive in!

1. This towering (and controversial) structure was planned by Irish developer Garrett Kelleher (and envisioned by Spanish architect Santiago Calatrava) to stand on 400N Lake Shore Drive in Chicago. Referred to as the Chicago Spire, the building was halted mid-construction after a $50 million dollar failure, leaving the developer in massive debt. This was back in 2007. What’s happening to it now? Well, there are plans for another skyscraper to take its place. Obviously not the same builder! 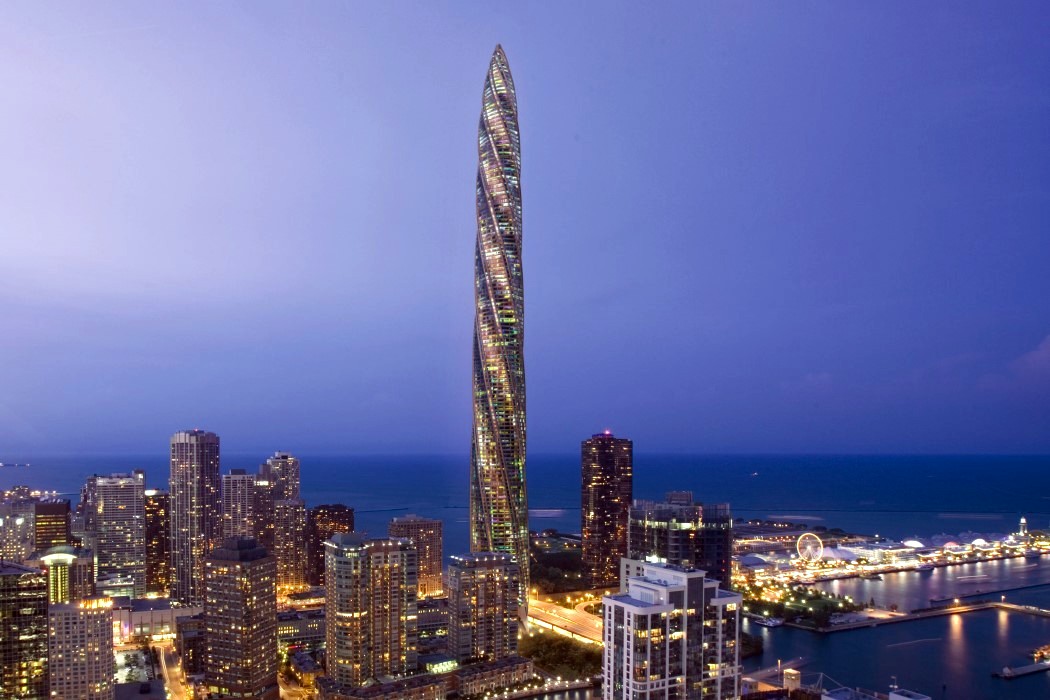 2. Formally named The Illinois, this was one of Frank Lloyd Wright’s most bizarre concepts. If you’re wondering why, let me tell you other name the building had acquired for itself. The “Mile High Building”. Designed to stand at approximately 5280 feet, Wright believed the building’s construction was possible, back in 1956. The design included 528 stories, with a gross area of 18.46 million square feet, and needless to say, complications in construction caused the entire idea to be abandoned soon after. Here’s a fun fact… the tallest building in the world, the Burj Khalifa stands at 2714 feet. Just about half of the Illinois’ proposed height. 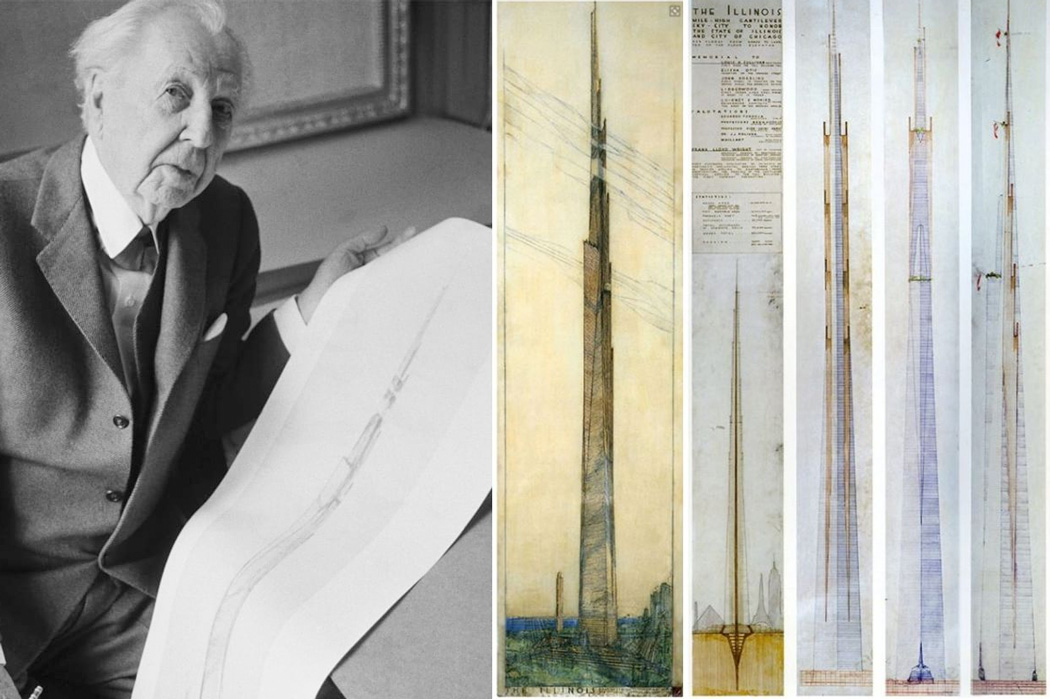 3. Frank Lloyd Wright was ambitious for sure, but not as much as Buckminster Fuller when he proposed the Manhattan Dome. Exactly what it sounds like, the 2 mile wide dome would cover a portion of Manhattan in thick, solid, shatterproof, one-way glass. Without a doubt, this wasn’t even near possible, but Buckminster Fuller certainly thought so back in the crazy 60s. 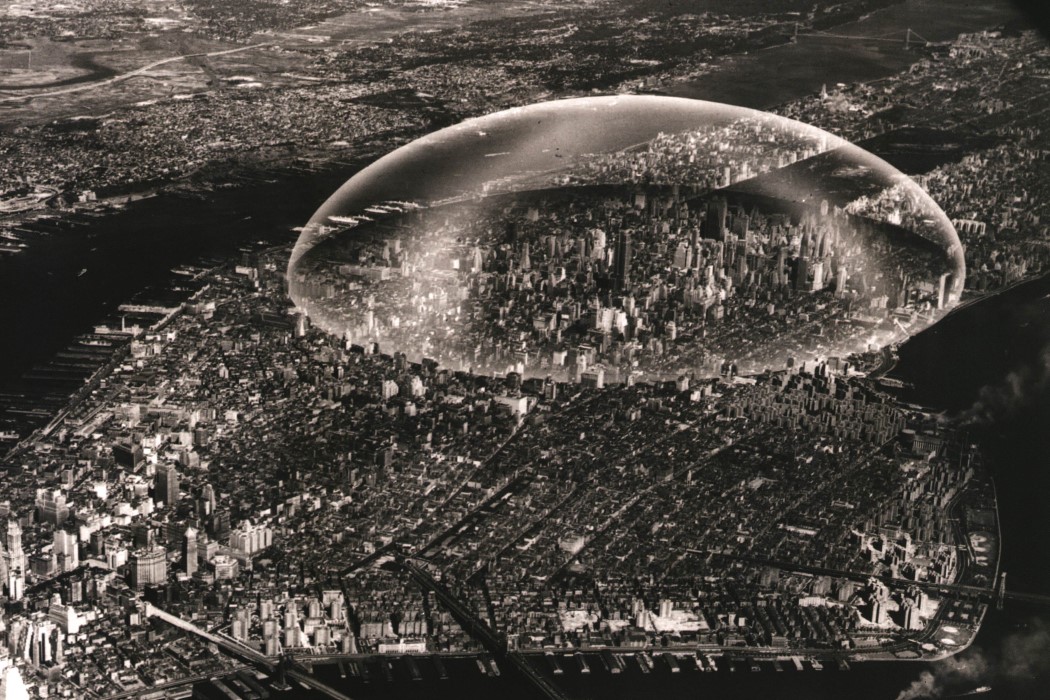 4. At fourth place, is the Fourth Grace, a building envisioned for the city of Liverpool. Located beside three historic buildings that were referred to as the Three Graces, architect Will Alsop proposed this design despite heavy criticism from most people for its perceived ugliness. The Fourth Grace was designed for office space, a 107-room hotel and 50,000 sq ft of community facilities, including a bar, restaurant and viewing gallery, and was scrapped as a project altogether, not for its aesthetic, but rather the cost it entailed. 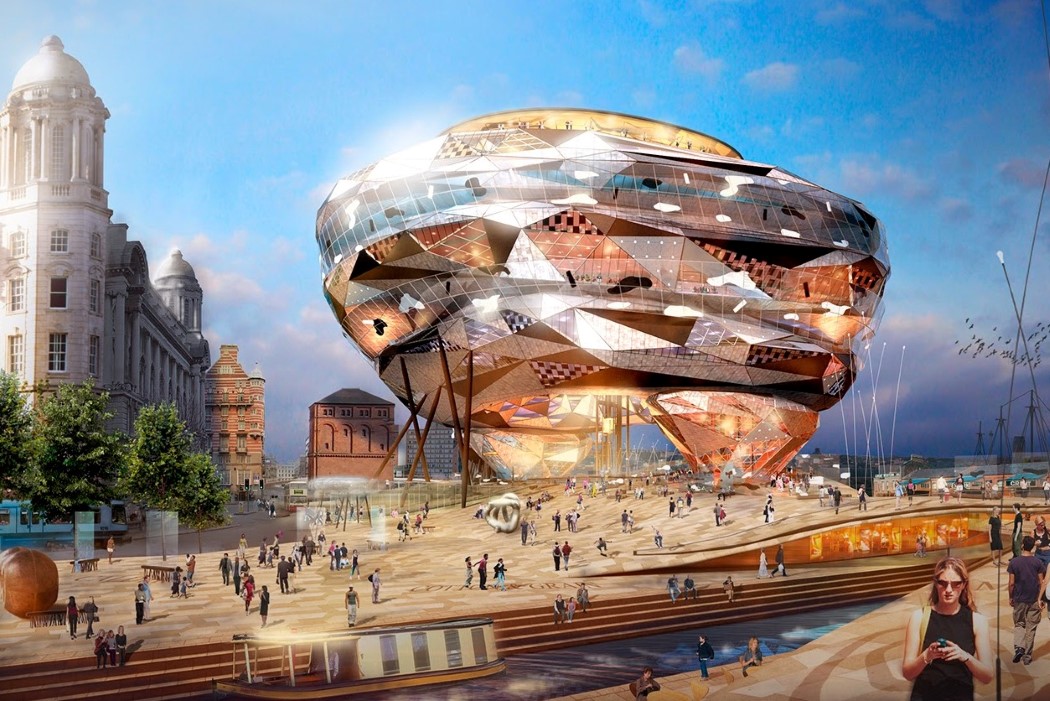 5. This building literally embodied “they see me rolling” with its ever-changing design that involved individually rotating floors that would not only continuously change the silhouette/form of the building, it would allow each floor to have a distinctly different and unique view every time. The Dynamic Tower, designed for Dubai by David Fincher was ultimately scrapped for being highly unfeasible. 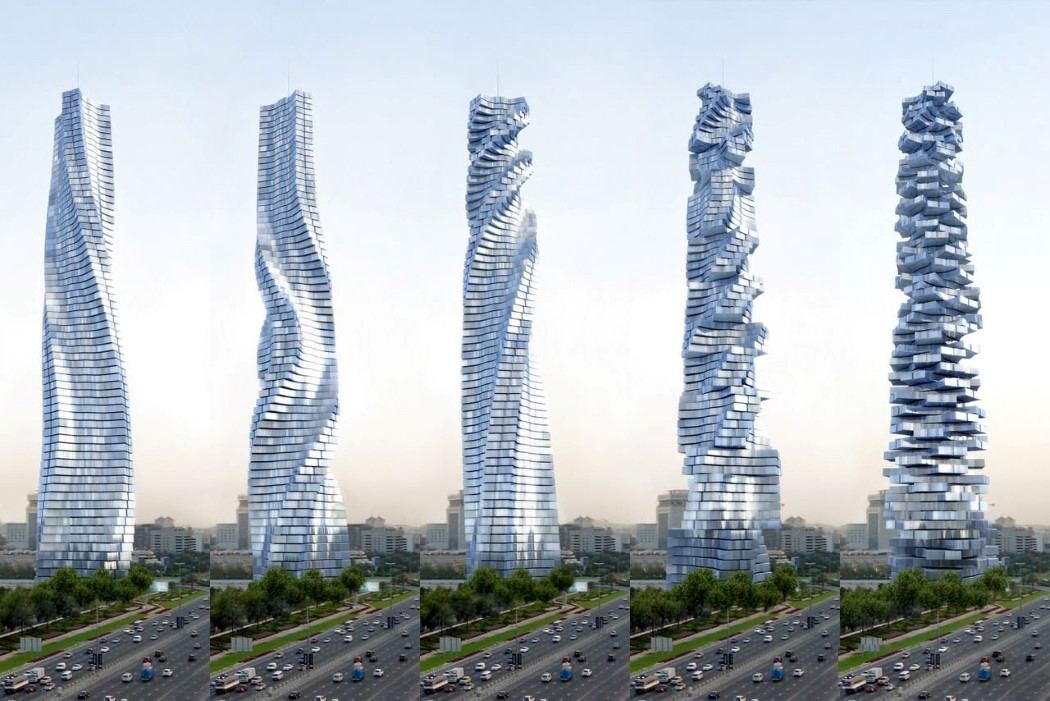 6. The Volkshalle was Hitler’s pet project for his utopia, the country of Germania. Designed to be the town-hall in the center of the capital city, the structure was proposed to be so large that the architect himself advised Hitler against it, saying that the dome would bounce off noise created by the people inside to such an extent that it may result in permanent hearing loss for the public. In a strange twist of fortune, the war came, which meant no Hitler regime, no Germania, and definitely no Volkshalle. 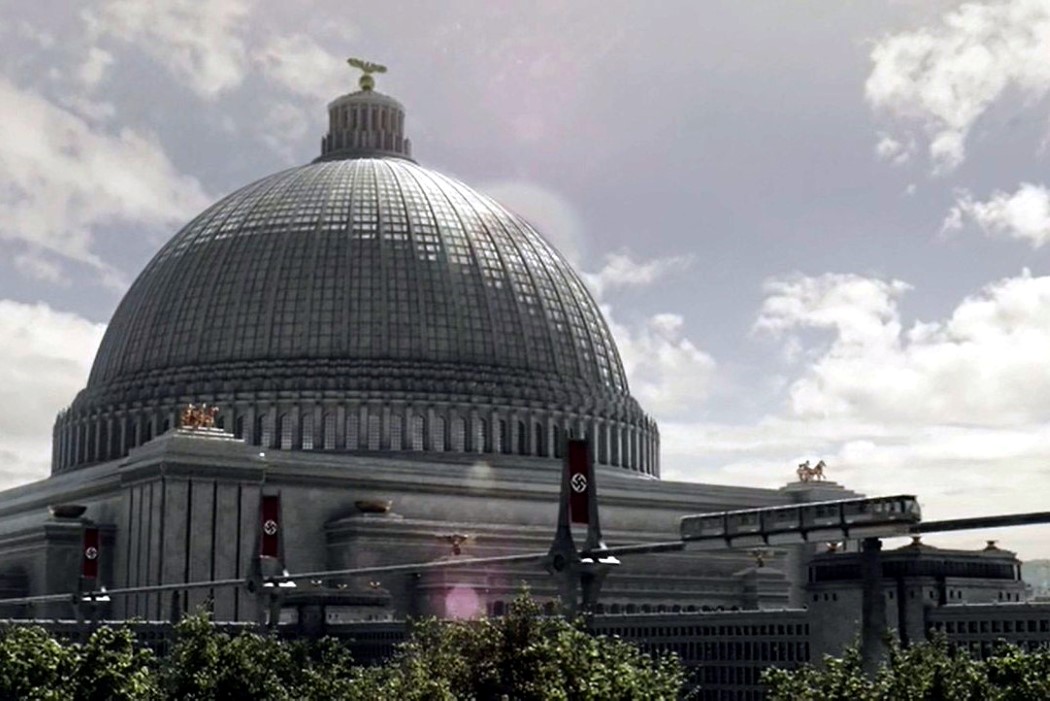 7. The Shimizu Mega-City Pyramid was designed to outshine the pyramids of Giza by being 14 times their size! Designed for the densely populated city of Tokyo, the pyramids would stand at 2000 meters tall and house a million people. Strangely, this building hasn’t been scrapped, but rather shelved until technology can bring about strong, light-weight building materials that may aid it in its construction. If you’re curious however, there’s a replica of this in Minecraft that you can visit! 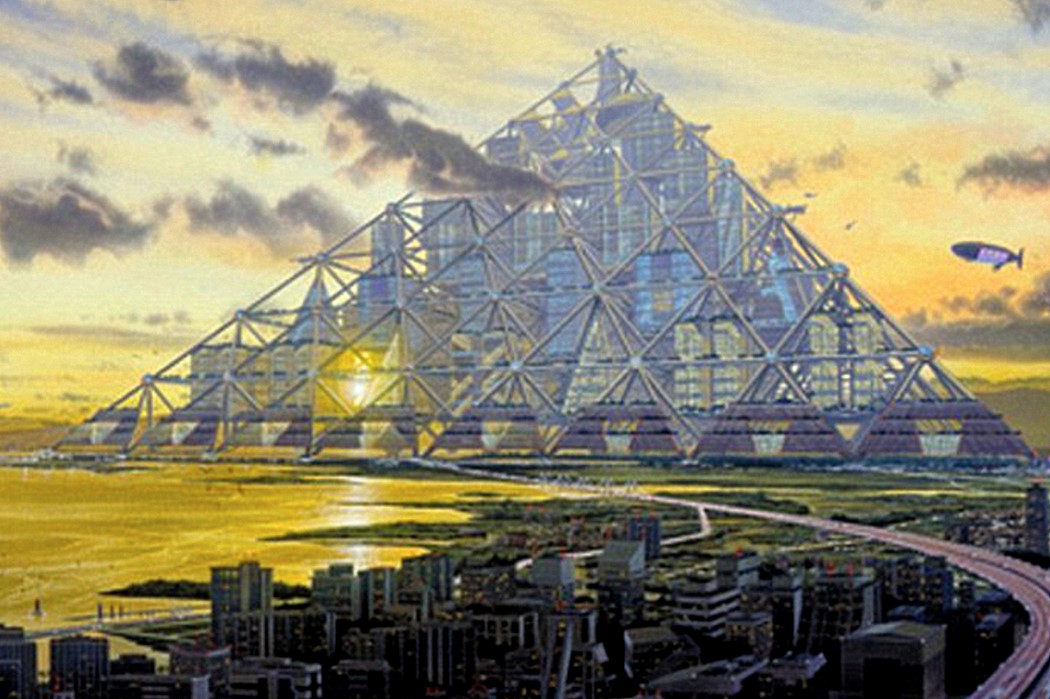 8. There’s no imaginary building list without tipping a hat to the striking imagination of the Late Zaha Hadid. Known for her grandly impossible architecture, a wide range of her projects are still under construction, given their complexity. However, the Changsha Meishihu International Cultural Centre in Hunan, China hasn’t seen much development (and is still rumored to be stuck in design and proposal stages) since its reveal in 2013. 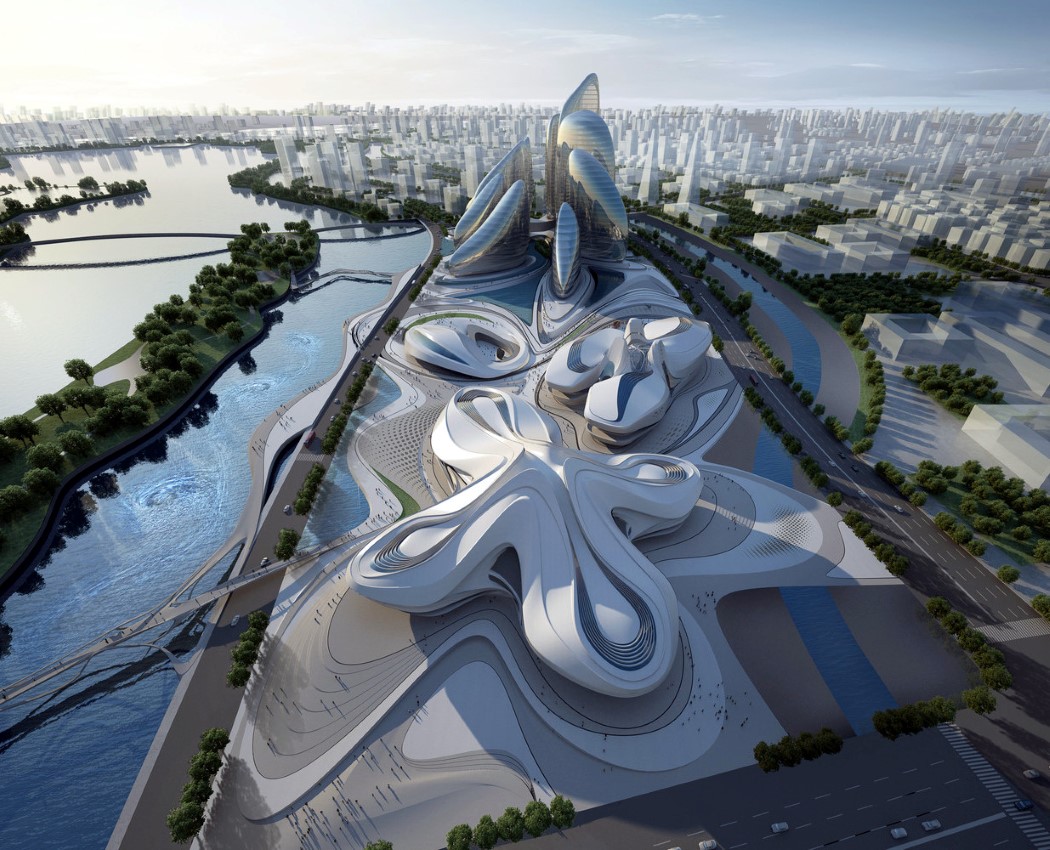 9. Another one of Hadid’s exemplary works, this one for her home town of Baghdad, is the Central Bank of Iraq. After the original bank building was damaged due to a suicide bombing attack, Hadid was approached for a redesign in 2011. Sadly, given the country’s political instability of late, the project has been shelved. 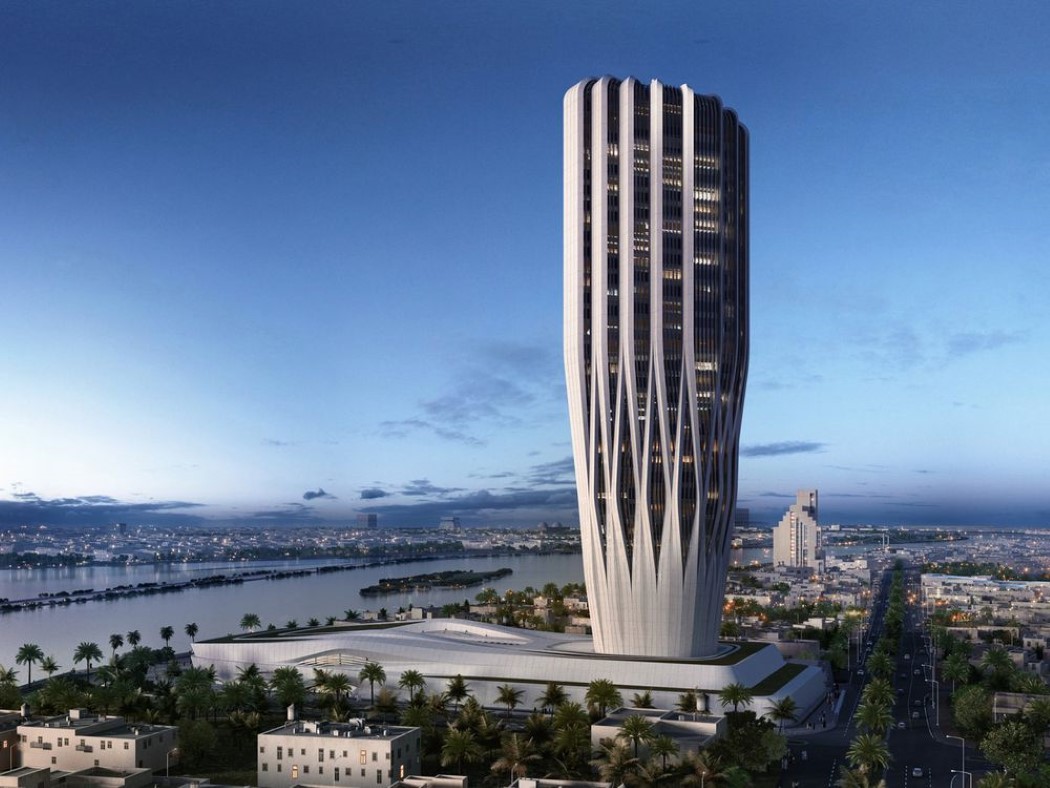 10. Lastly, we have the Guggenheim Museum for Guadalajara, Mexico. This was geared to be the most expensive of all the Guggenheim museums, with a budget of up to $200 million. Designed by architect Enrique Norten, it should have been completed by 2011 and its 24-storeys would have been constructed with mainly ecological materials. However, with the museum director refusing to cut costs and scale down the project to meet Mexico’s art budgets, the Guggenheim foundation decided to abandon the project and focus on expansion in Europe and the Middle East. 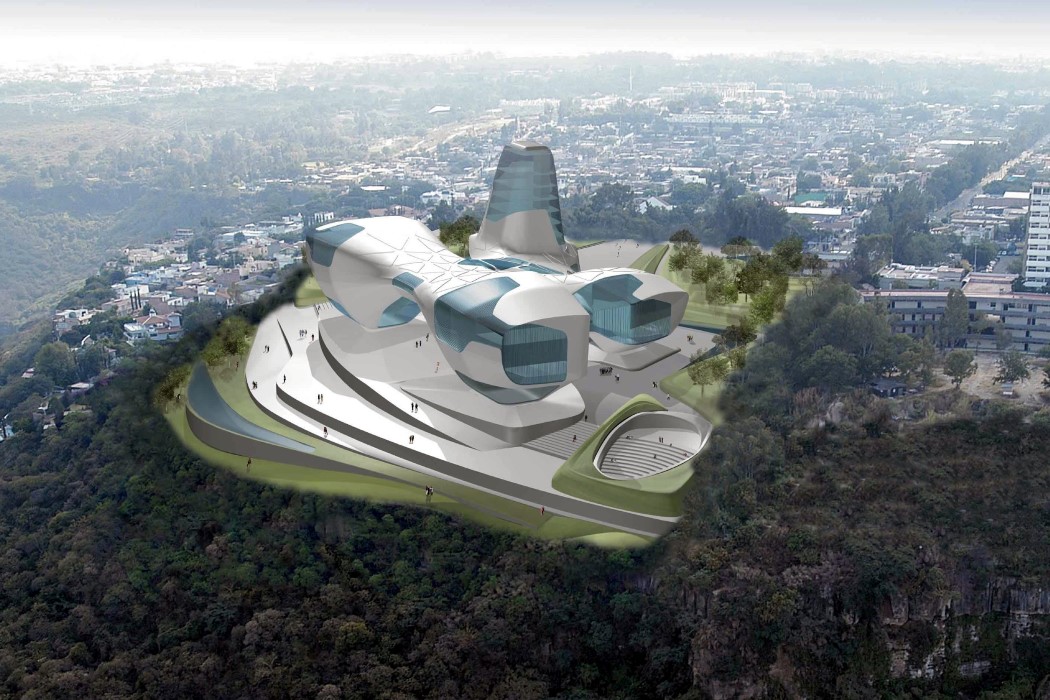 Recently mobile homes and tiny homes on wheels have become everyone’s preferred living situation, and I mean why wouldn’t they be? They’re economical, flexible, and…

The “Migrant Skyscraper” is literally mobile, a giant, thin tire with a building and green space in the center. The concept behind the structure is in…

The Broken Home is an unconventional, X-shaped home whose layout has been optimized for the digital age and the need for privacy. As we move…