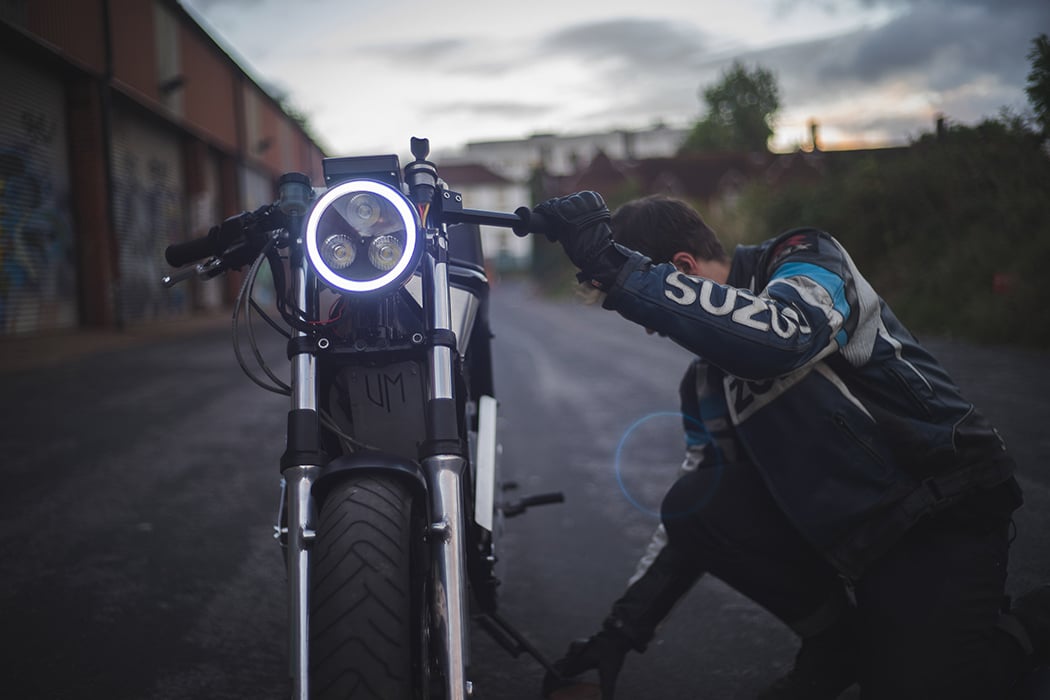 The guys at Union Motion took what started as a petrol-sucking 1998 Yamaha Fazer 600 and transformed it into a mean, clean, electric machine now known as the Phaser Type 1!

The bike arrived as a rolling chassis with only the frame, forks, swingarm and wheels. The 6 kWh battery pack found a home above the motor and controller, snug between the two top frame loops, keeping the center of gravity nice and low. The pack sits on a set of rails that allow it to be easily removed from the rear of the bike. This means a fresh pack can be installed in under five minutes, giving another 60 miles of riding.

CNC milled sheet aluminium bodywork keeps things clean and minimal to allow for easy access to the controller and airflow over the motor. The tank has been reduced to the bare essentials, keeping the profile of the bike low whilst retaining the original ergonomics, allowing you to grip the machine around corners.

Other finishing touches include a unique programmable instrument, an Akira-inspired disc wheel and a super-bright halo running lights. 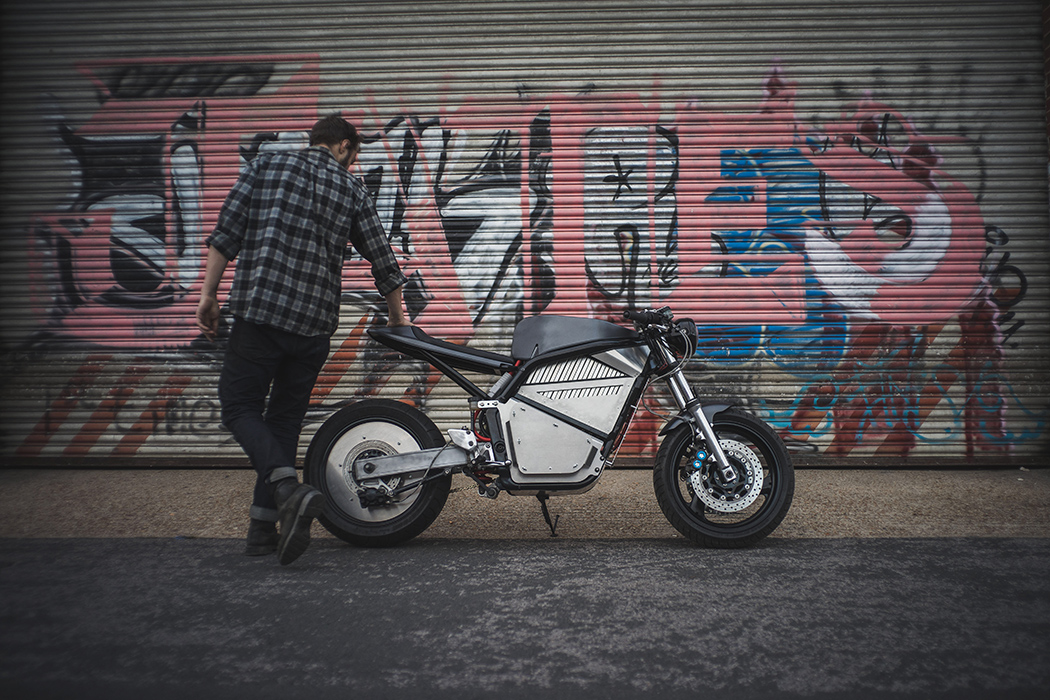 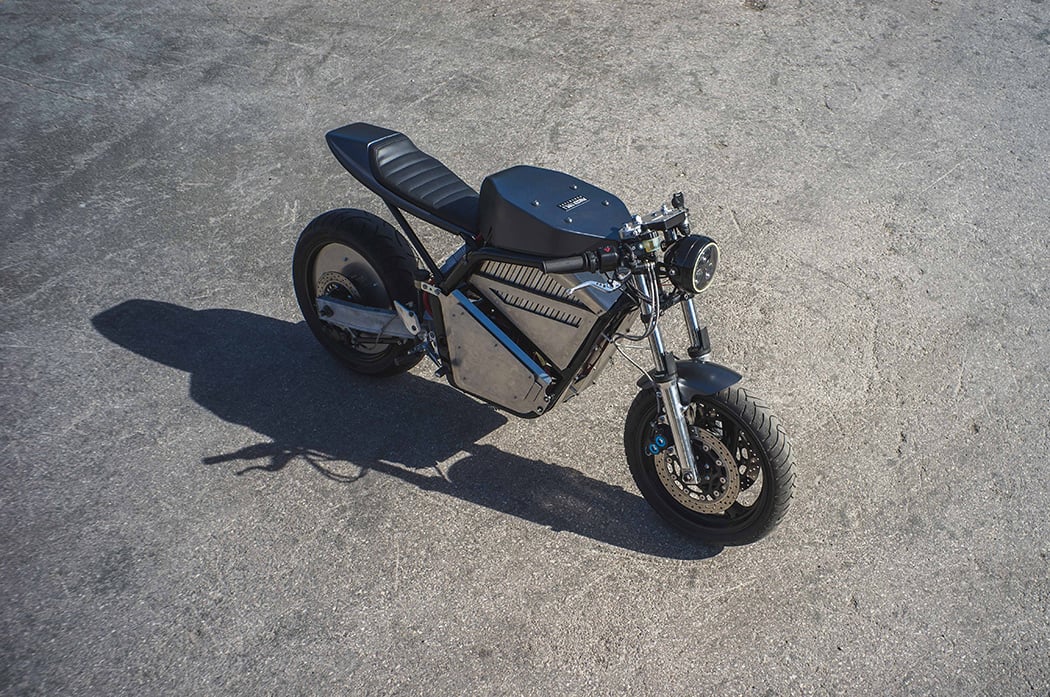 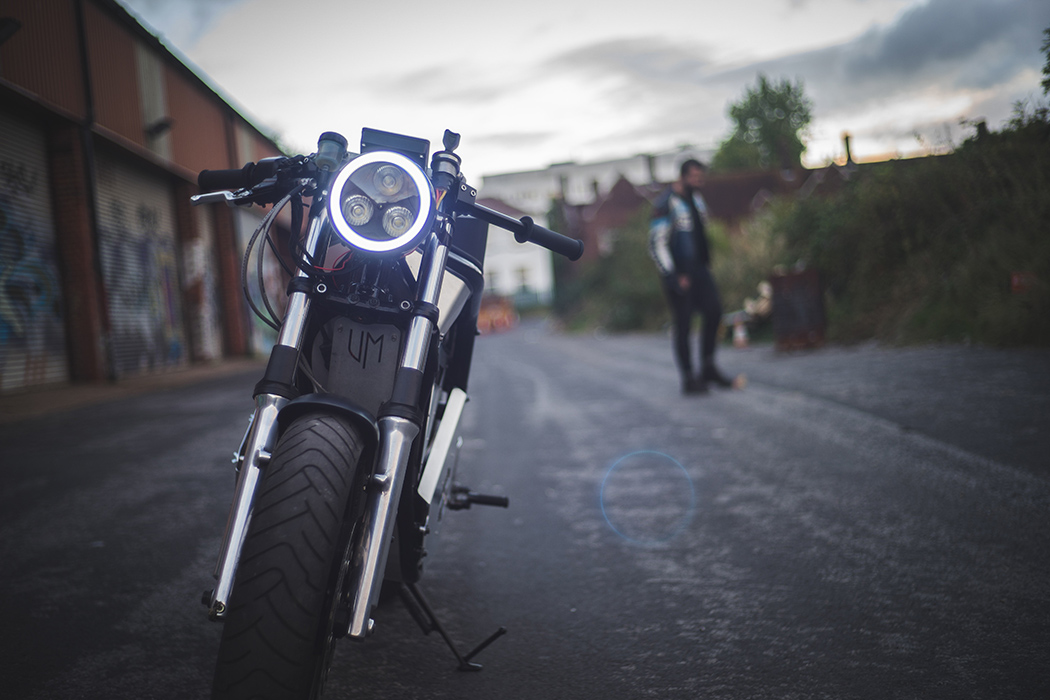 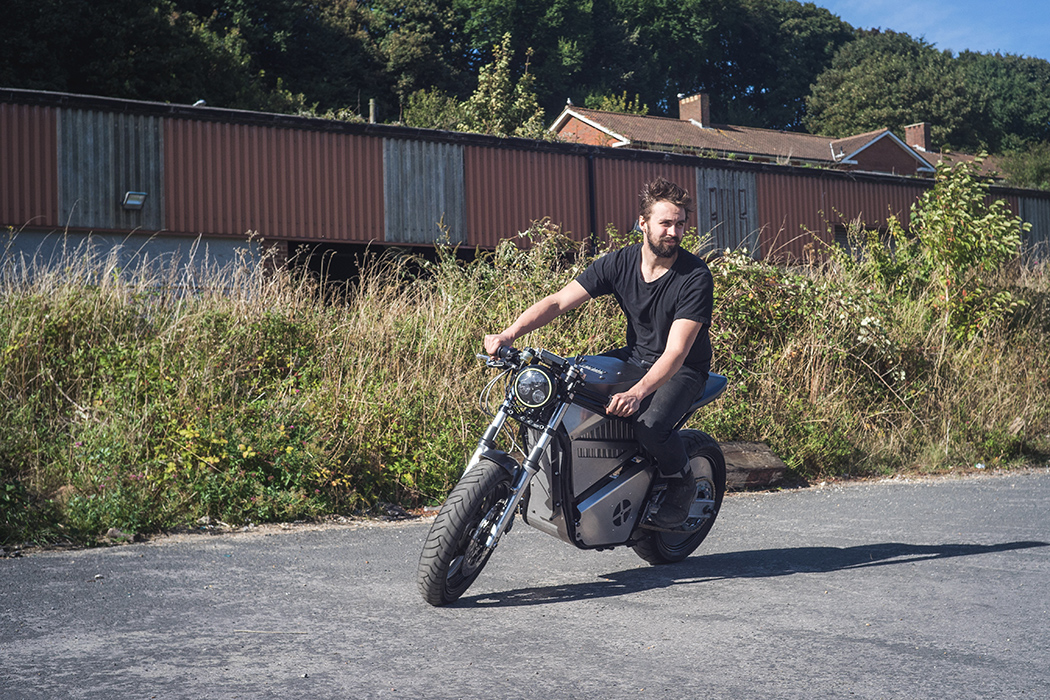 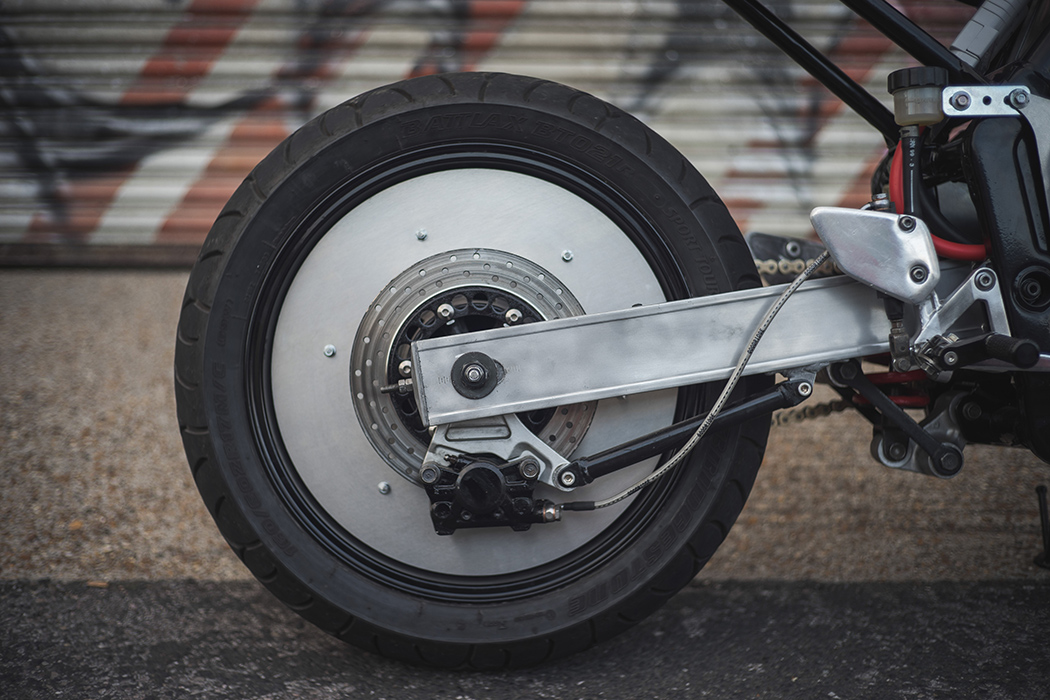 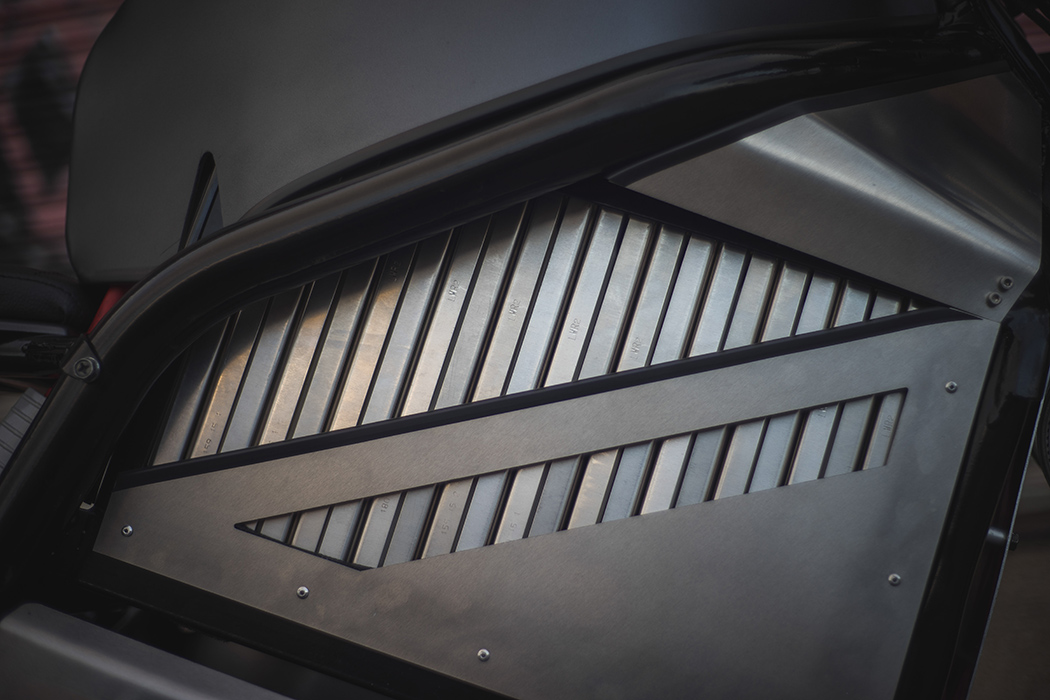 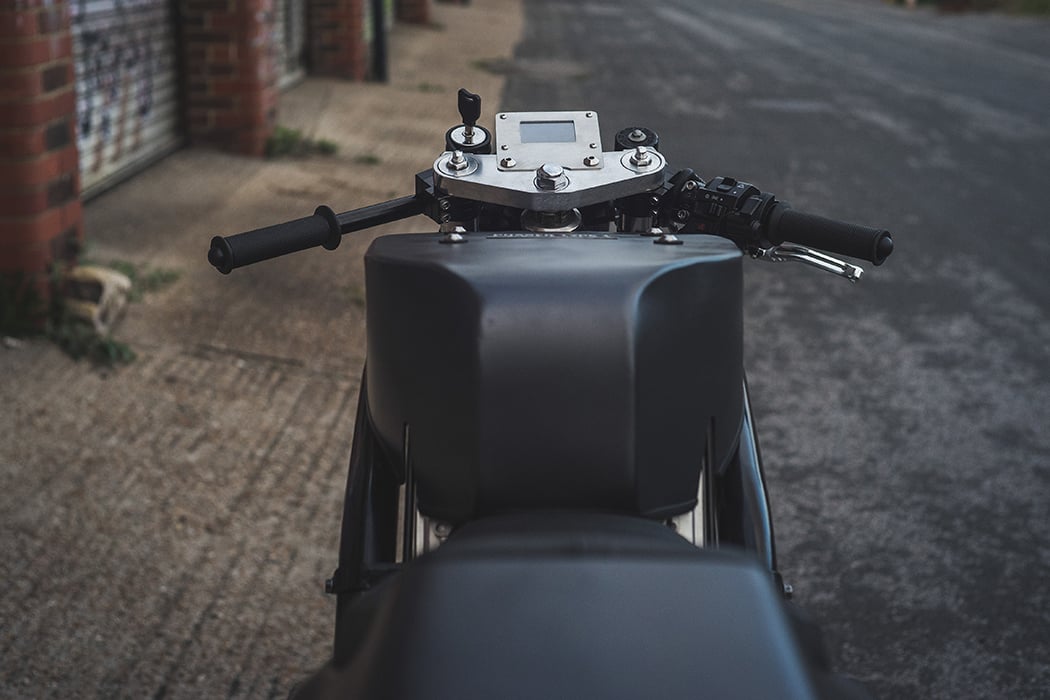 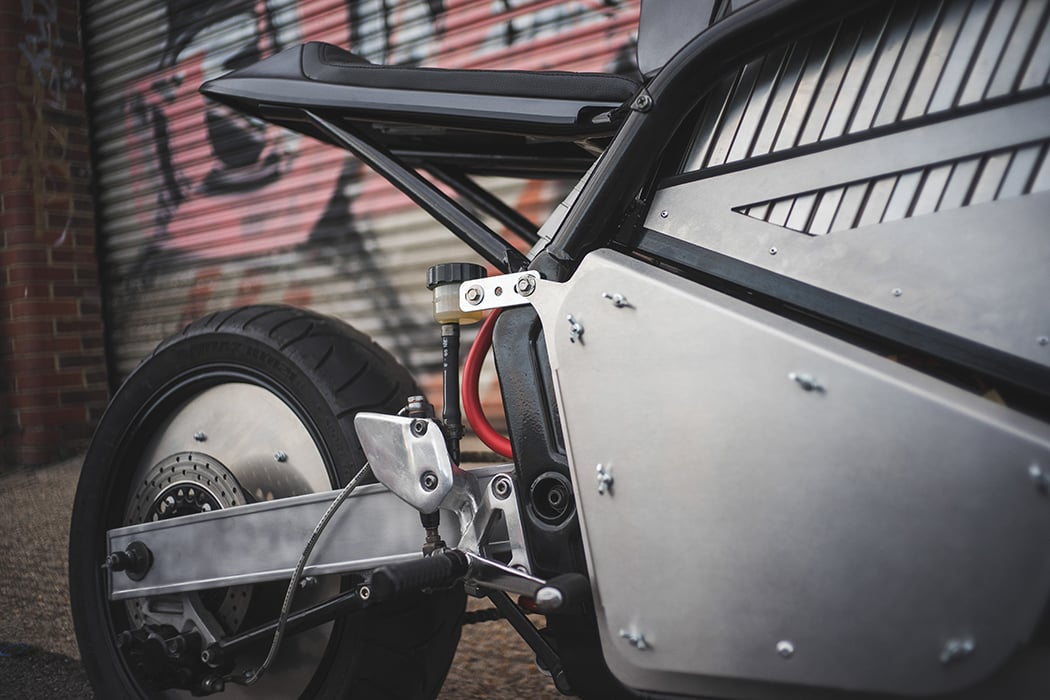