Although I had worked with Ti Chang, the spark behind the DUET, I met her for the first time at the IDSA’s Conference in Chicago (2013). One of our first conversations was about how there is little recognition and fame for Women in Design. Those at the conference will recollect her Individual Talk on the same subject and how passionate she was. I guess the fire thus ignited has resulted in the phenomenal Women In Industrial Design Show 2014, to be held in San Francisco.

Ti met one of her design idols Betony Vernon last year, and decided to look up other women in industrial designers of our time (preferably still living) and researched Wikipedia’s page List of Industrial Designers, sure enough there wasn’t a single woman industrial designer listed. Eileen (Gray) Eva (Ziesel) and Ray (Eames) were at least listed in their times; De Stilj, Art Deco, but there weren’t any listed in our Post Modernism contemporary era! Stumped by this revelation, she actually made her first Wikipedia entry right there and added Betony Vernon as well as Belle Kogan and Greta Von Nessen. 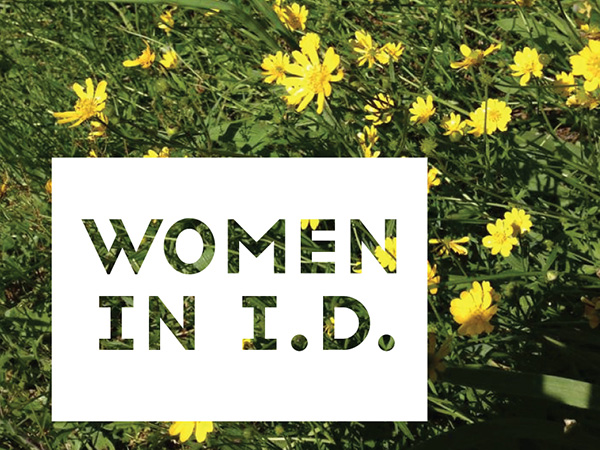 Ti is also the force behind the upcoming exhibit, which is the first one organized by the Women in Design Section of IDSA and is the first exhibit featuring women industrial designers scheduled to coincide with SFDesignWeek.

We hear about great industrial designers such as Jony Ives and Yves Behar, but stories of Isabelle Olsson (lead designer of Google glass) are extremely rare. In order to put things into perspective, Women In Industrial Design Show 2014 in San Francisco has been organized. Women designers can participate in two groups: Up + Coming (less than 5 years of experience which includes student work) and Professional (5 or more years of experience). The works exhibited will range from industrial design soft goods, to electronics, to home goods and conceptual work. You will see design projects that are in production and available on the market plus designs that are works in progress.

My Affair With Korea

My affinity and bias towards Korean designers is often reflected in the articles that I wrote for Yanko Design. So you can imagine my delight…

I’m as giddy as a school girl at CES because I’m literally going to be living in the future for the next few days. The…

This Car Got One Fat Lip

Oh you’ve made a car have you? Pshaw! Anyone can do – you designed it in 30 days? It must be terrible! Oh, for your…

Salone 2008 is upon us and if you’re not one of the 200,000 plus people flocking to Milan to inspect the cream of cutting-edge design,…