Gotta love this animal inspired furniture series by designer Tomas Ekström! The influence of the cloned sheep, goat, and lamb inspired designs is quite clear in its presentation but the series maintains a softness and elegance that will compliment both modern and classic spaces. The designer’s clever description of the evolution of the individual furniture pieces is as fun to read as the designs are to look at- so it hit the jump and check em out!

“Dolly, a not so regular chair, was born on July 5th, 2009, at the home of Kallbrand in Stockholm, Sweden. Her birth, not revealed to the public until August 30th, 2011, sparked controversy instantly, because Dolly was the world’s first chair to be cloned from an adult cell of a Sheep. Considered one of the most significant design breakthroughs ever, Dolly’s birth and subsequent survival proved that sheep cells can reprogram themselves into a new being. The man that created her, Tomas Ekström, hoped to create a chair whose design was genetically young forever, rather than prematurely out of style. However, when Dolly was reported to have been euthanized on February 14th, 2113, nearly 104 years after her birth, concern was raised that her classic design was caused because her cells were in fact timeless; she also had premature arthritis. Chairs can normally live to 11 or 12 years of age, and a classic design is not common in younger chairs. There was some speculation as to whether she caught her beautiful shape from the other furniture from Kallbrand that she was housed with, but that claim has been neither confirmed nor denied.

Dolly named after singer Dolly Parton, bred normally on four occasions- with a Hebridean mountain ram, an Ouessant sheep, a Cheviot lamb and a Perendale goat- and over the course of her life gave birth to four sons and daughters; proving that designs can reproduce.

The Hebridean table is the son of Dolly. He’s a sophisticated young table. He can be very soft and gentle but has a dark side to him. The Hebridean is full of confidence and swagger despite his young age.

The Ouessant chair is the daughter of Dolly. The Ouessant is an intelligent and beautiful young chair but she takes after brother, Hebridean, in that she also has a darker side to her.

The Perendale table is the daughter of Dolly, she is a healthy young table with a sunny disposition. She is soft around the corners and very down to earth- perfect for a small, modern kitchen.

The Cheviot chair is the son of Dolly. He is short, stout and strong but with a gentle heart- a perfect companion to his sister Perendale.” 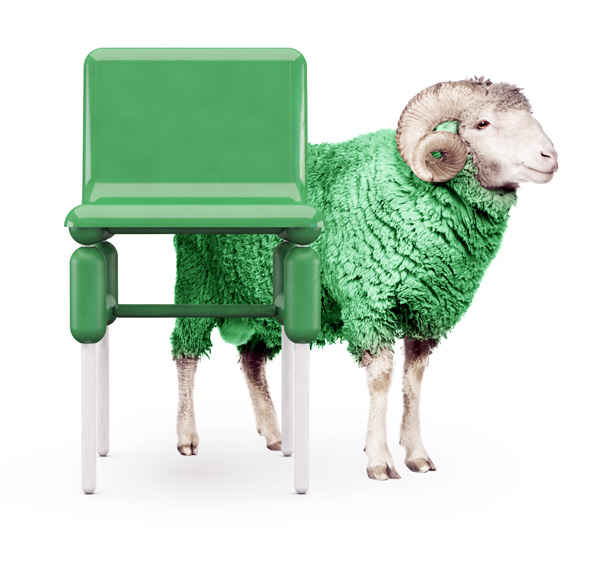 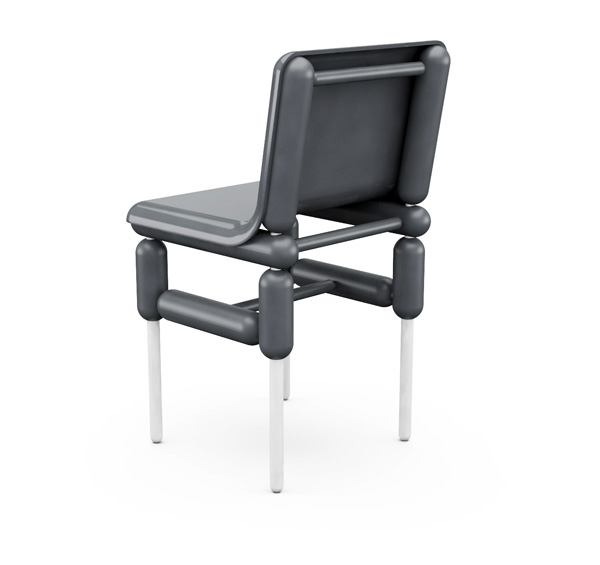 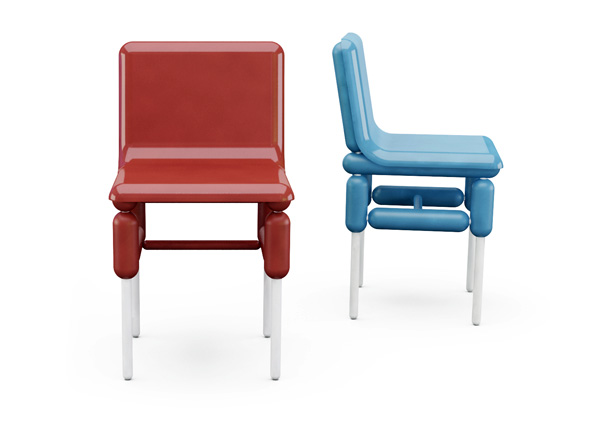 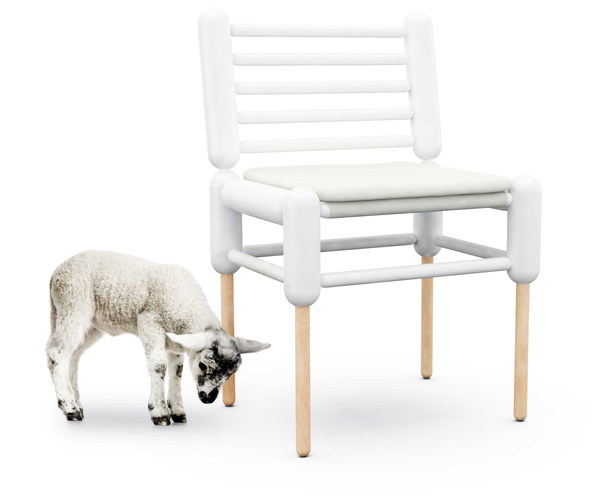 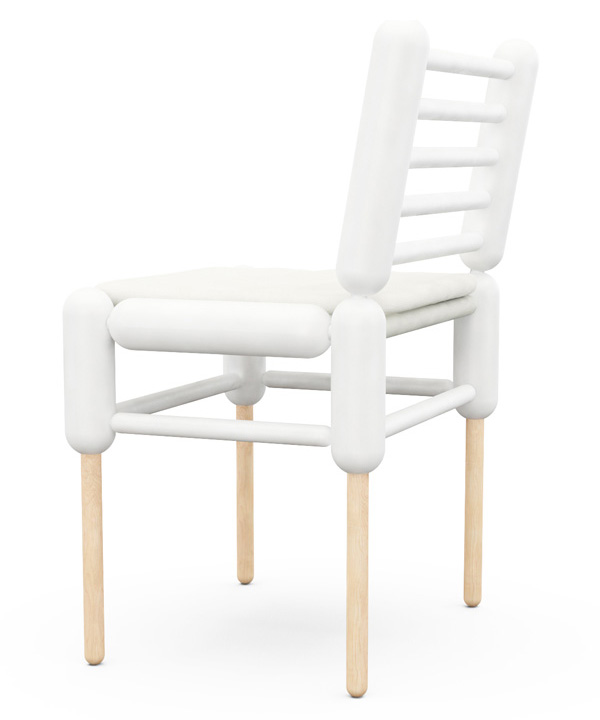 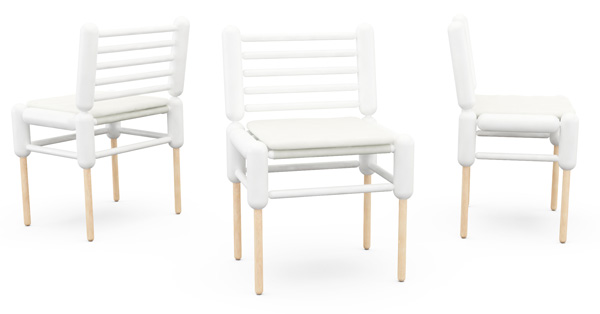 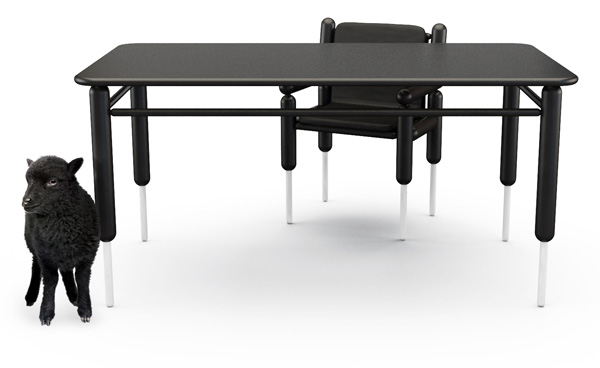 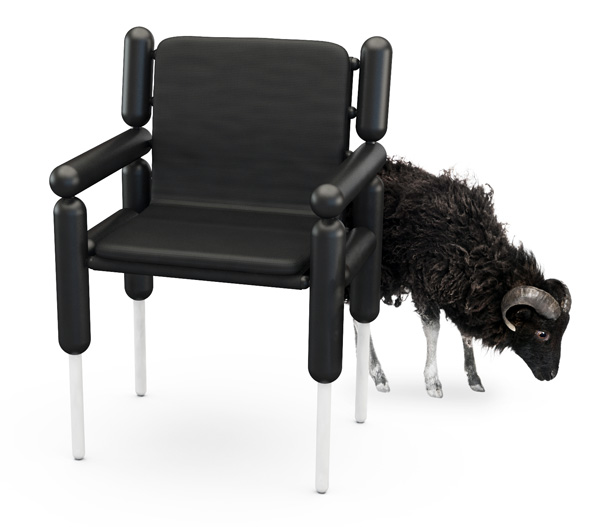 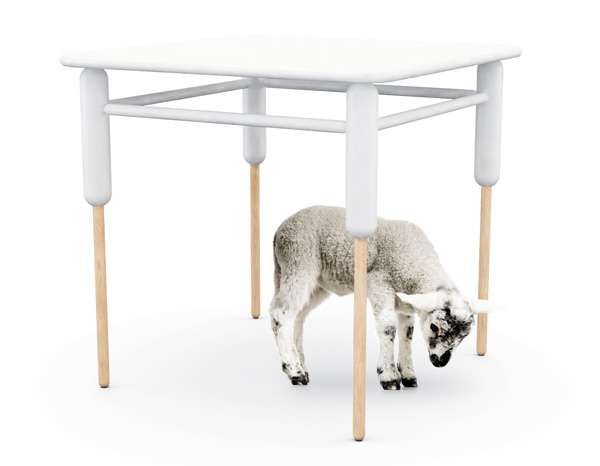 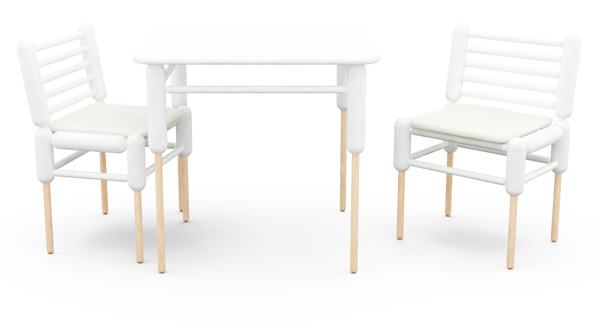 After hosting a metaverse-worthy virtual booth at last year’s Maison et Objet 2021, the furniture design brand is back to immersing real-world humans in its…