Featured in the top 20 for the 2011 International Bicycle Design Competition, the Greencycle 2 provides more than just basic transportation between point A and point B; it provides an environmentally sustainable, meaningful and overall beneficial solution to poorer countries. A series of G2s were created in the design process with core parts made from renewable resources such as bamboo, which is widely available in many 3rd world countries.

Human-centered research methods were used to capture knowledge and feedback from the target groups in order to shape and develop the design process, ensuring that the end-result would not only be acceptable but also culturally meaningful in a way that would strengthen the user’s relationship with it.

1. An extra wheel for stability – going from a two wheel to a three wheel design to create a triangular base that is stable and strong for heavy loads.

2. The ability to convert back to a two wheel configuration style when the terrain requires tight negotiation – like a narrow pathway through a padi field or poor road conditions as commonly found in Third World countries.

3. A splayed rear wheel base to provide a stable surface for load storage/ carrying which conventional bicycles don’t have.

4. Provision for a basic frame for further customization depending on the user’s needs and wants, such as a hawker’s stand or goods mover.

5. A splayed rear design has given an opportunity for a further fixing point for additional attachments.

6. An attachment that has a dual purpose as a wheel barrow for loading goods and as a trailer for carrying goods.

7. An S-frame shape instead of a diamond frame shape to free up and create as much space for loading.

8. A strong central core acting as an anchor for other attachments, such as a people carrier.

11. A detachable passenger seat to allow maximum cargo space can also be used as an attachment point or to hang a basket.

12. The main frame components made from environmentally friendly composite bamboo based materials which can be molded to produce the desired form. 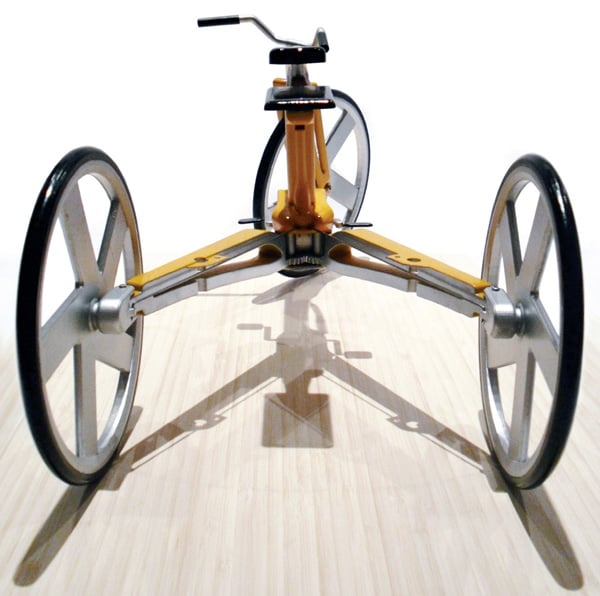 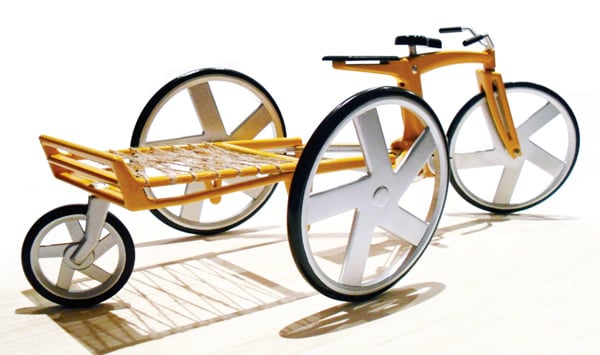 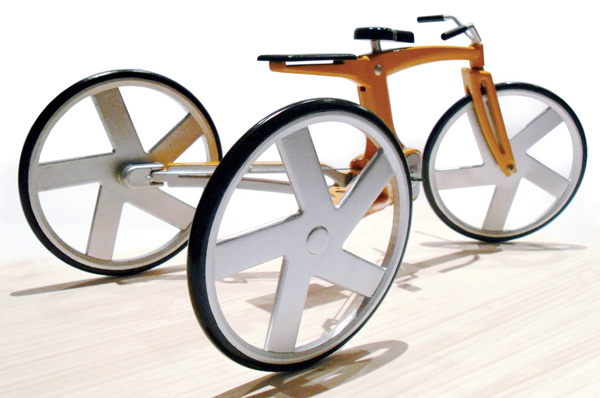 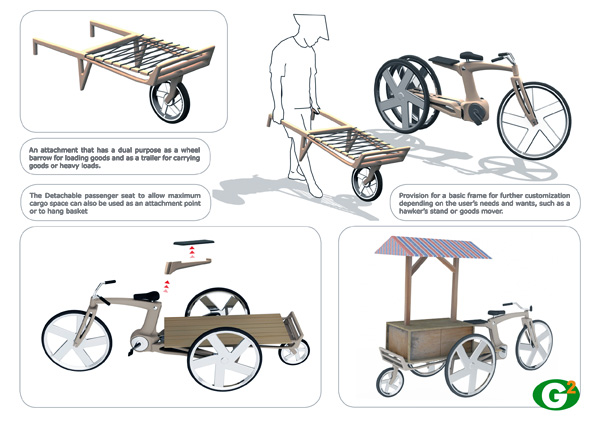 Bassinet for the Jetsons

I assume babies in the twenty second century will have levitating cradles like the one here. Aptly titled Cradlev, the concept cradle uses magnetic levitation…

The BETTER RE battery pack is so named because it’s not only better looking, but better for the environment! The design’s exterior aesthetic boasts an…

https://www.kickstarter.com/projects/886384381/sitka-leather-messenger-a-bag-for-cameras-and-ever What I love about crowdfunding campaigns is that when they’re done right, they create this tight-knit community where maker and consumer coexist in appreciation…

Named after a bar of sand that joins an island to the mainland, the Tombolo sectional allows for infinite floor plan flexibility! With both linear…