Product Designer Rosanna Martlew has developed a way to improve communication between two individuals in a simple and intimate way. Drawing inspiration from Victorian writing slopes, Message in a Box displays one of four personal messages intended to prompt further communication at a more convenient time.

She’s combined traditional woodworking craft with the latest technology to create a user centered product that strengthens the line of communication between two people. When a text message is sent to the box, a glow emanates from within indicating a message has been received. Once the doors are opened, one of the four pre-defined messages light up brightly.

A bespoke piece, the user friendly interface becomes engaging yet intimate due to the hand-written messages which glow from within.
Message in a Box is a hand made product, created for two specific users, but touches upon an issue which many of us face daily – communicating quickly but effectively. 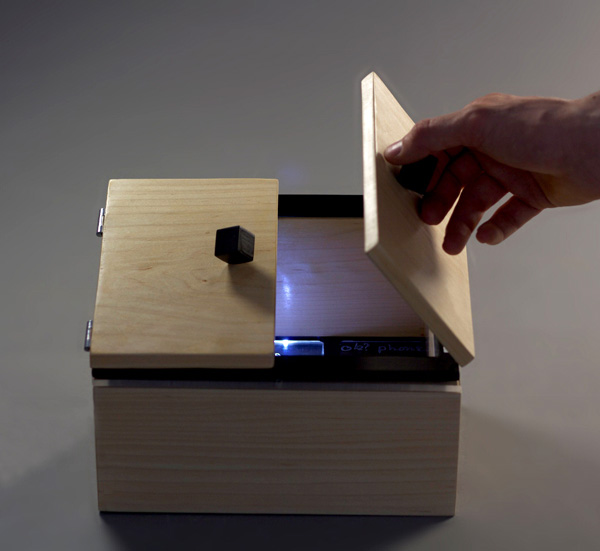 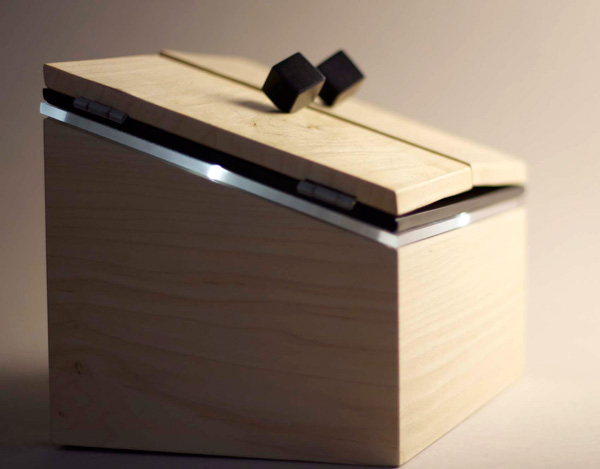 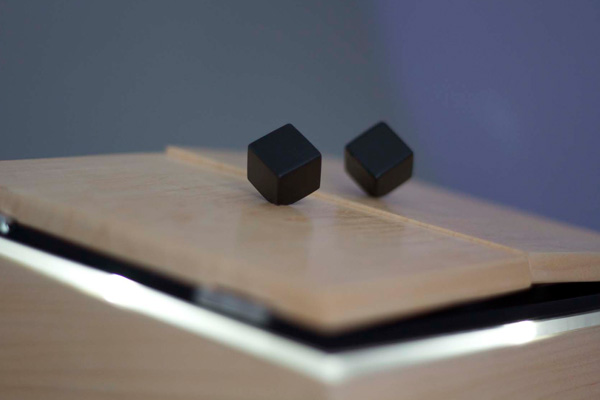 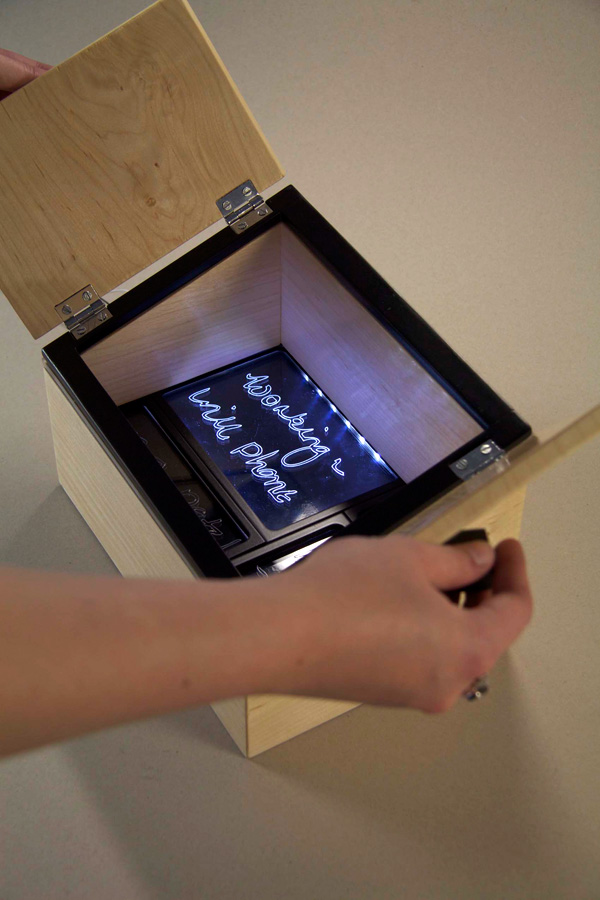 Dieter Rams Would Be Proud

Minimalism is really a tough art to master. The balance between function and aesthetics is beautifully achieved in these two products. A clock/radio in which the…

Bloom is a portable light that brings the beauty of the outdoors into the home. As the flower blooms the light intensity increases. The lighting…