What if Sony made cars, Apple made dishwashers and Google made furniture? This poses a unique opportunity for a designer to take a company’s brand identity and apply it to a market they don’t currently serve. Designer Edouard Urcadez took the Fiskars brand aesthetic (known for shears and garden tools) and translated it into a HDD headphone amplifier called the “88.”

It’s minimal but with just enough exaggeration to easily be identified as a Fiskars product. The 88 stores music on its HDD but also connects up to four speakers if headphones aren’t your thing.

I like these little creative exercises and I think he did a great job. I’m expecting more rubber though. Fiskars is big on ergonomics and everything the hand touches is usually coated in rubber. 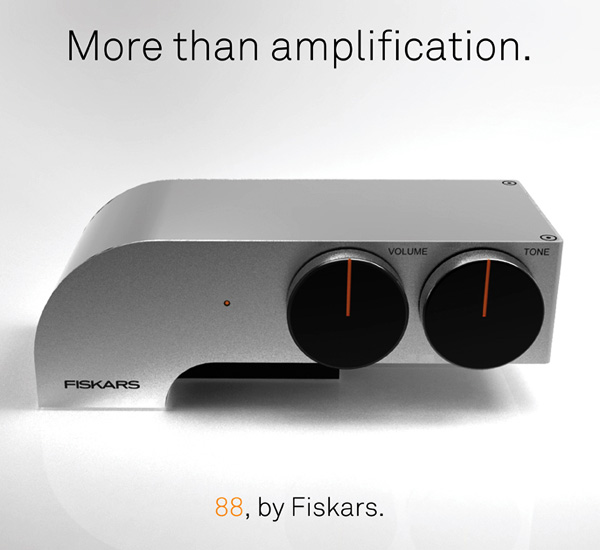 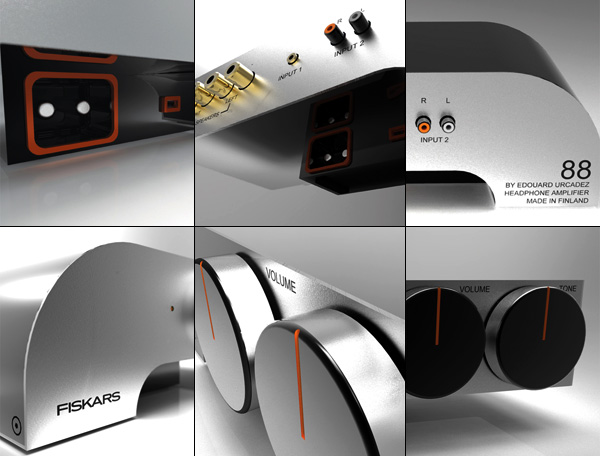 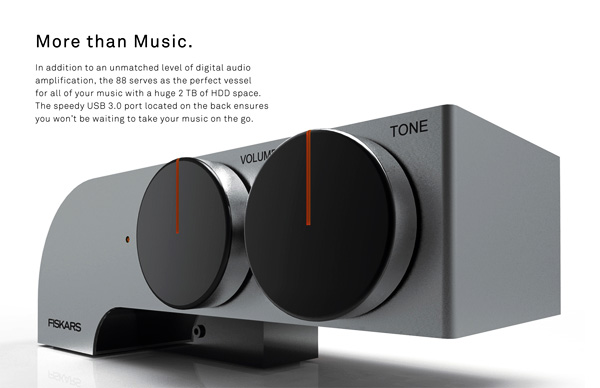 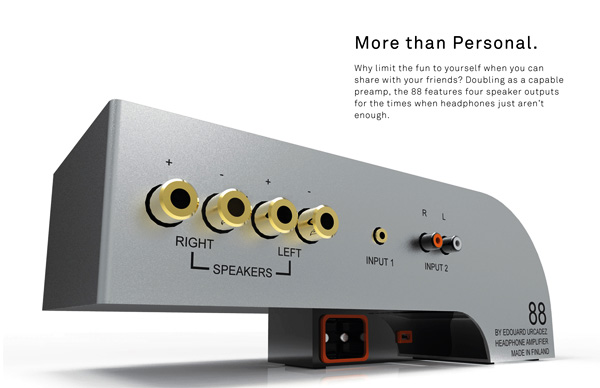 The skinny on this minimal lighting design by Terrance Seah is just that…. it’s skinny! The Cloudline  lamp sets the mood with diffused LED light…

If you’re one of those people (like me) who can barely make it to 10:00 am without getting the shakes, this design is for you….

Putting Good Use to Bottle Caps