This project goes by the name “IronwoMan,” capitalized just like that. It’s made by designer Muzaffer Kocer, who tells us that ironing clothing is a boring and difficult process, especially if you are a man. I tend to think that it’s a boring process for ANY person, but Kocer’s going to relieve that. This IronwoMan capitalizes on what Kocer notes that researchers have found out about men: that they like wheeled vehicles, cars, and rotating objects. Weird! Kocer found this out and created an iron that works like an asphalt roller with a rotating tambour.

Kocer notes that this rotating tambour makes ironing a funny and enjoyable experience. It’s also full of LED lights and can turn any wrinkly pair of pants into a flat pair of pants. 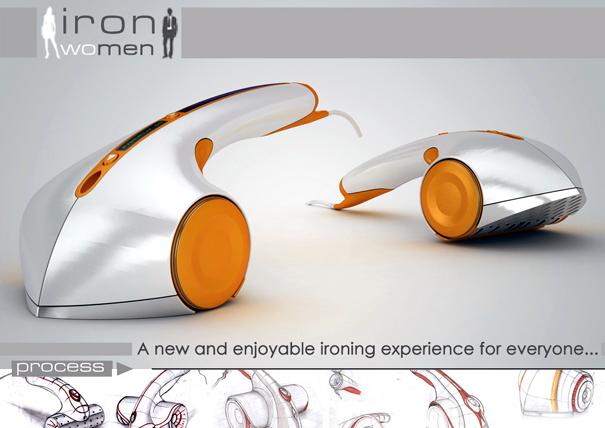 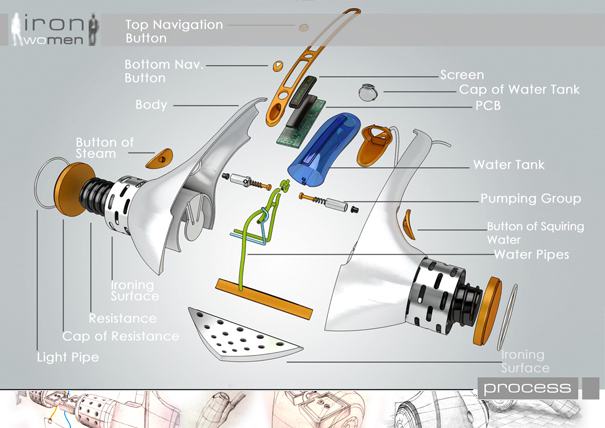 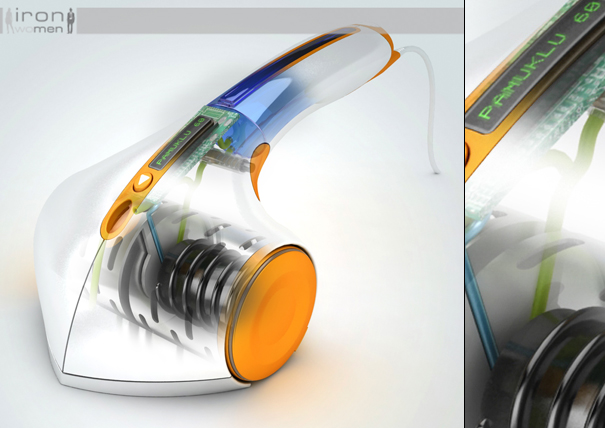 Time to Watch this Line

A watch for keeping time is becoming less and less a part of society. With many of us now looking at our mobile phones for…

Desks with the Clampdown

So you’re at the library, you’ve got all your stuff spread out, and bam! You’ve gotta potty. You need to use the bathroom but you…

This is the most metal iron for clothing you will ever find in the world. You can use it for ironing, then, if there’s a…

The team at Note Design Studio really like to get their hands dirty when they’re hunting for a little creativity. For the Marginal Notes collection…