Today my uncle and I were driving in his truck. We live in the USA, in Minnesota, where it’s currently snowing; his truck has a plow on the front. We were traveling at a modest 10 mph, and suddenly there’s a speed bump, we go over it, CRUNK goes the plow into the ground afterward, we almost flip the truck! We weren’t even going fast, and we were punished!

What could be done! Designers Jae-yun Kim & Jong-Su Lee say it’s time to move on! No more of this silly giant bumps in the road when we could advance!

So what do they do?

What a lovely goal: “Encouraging drivers to retain a constant slow speed will reduce the amount of stops and starts made, and thus, the amount of exhaust waste from the car. It is hoped that this retractable speed hump would therefore have positive effects on energy consumption and pollution.” 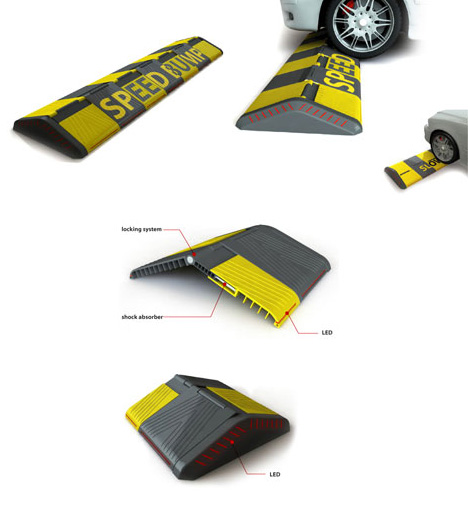 Move over, PopSocket… The Ohsnap smartphone grip-stand is razor-thin, magnetic, and more versatile

UNI is a compartmentalized computer concept by where most of the important media and computational functions have been broken up into modules. You only buy…