Here is the question of the moment in my head; should the use of light be considered a design aspect? Now I don’t mean the designing of light sources e.g.. lamps, chandeliers etc. I mean the light that is emitted itself. Standing on its own, is that design or simply a cool visual effect? For that matter, is it simply visual “art” like a movie, laser light show or music video? Which brings me to this temporary make-over of the Phyletic Museum in Germany by artist Robert Seidel. “Living Paintings” is a 35 by 16 meter façade projection with a corresponding light choreography, ambient music and synchronized sound effects shown in February 2008 in Jena, Germany. Created for the 100th anniversary of the Phyletic Museum as well as the Jena Illuminated event, and part of the opening ceremony for Science City 2008. The projection consists of five living paintings which turned the art nouveau façade of the Phyletic Museum into an architectural canvas. So what has happened here is someone else’s hundred year old architectural design has been transformed and reinterpreted by use of light. So did Robert Seidel redesign the building or simply effect it? 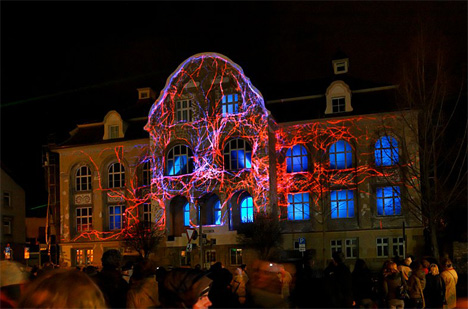 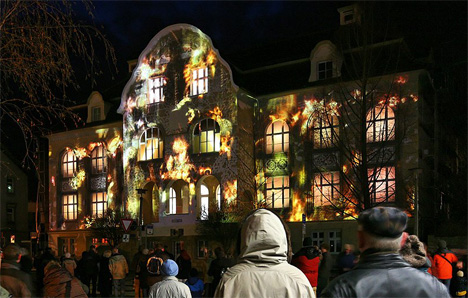 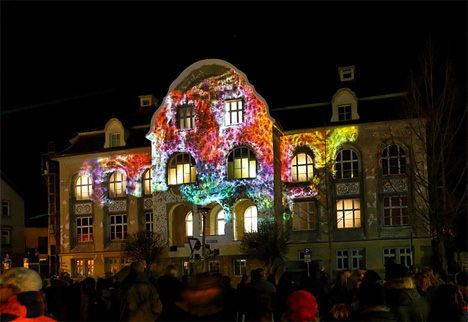 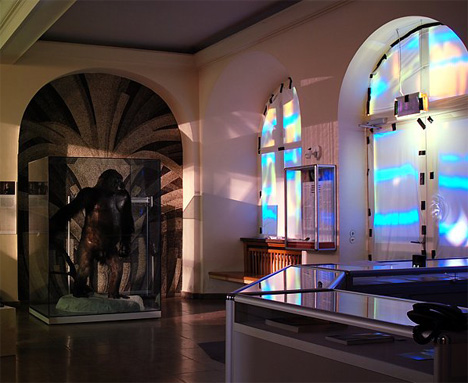 I have a vested interest in soft electronics, particular mixing hardware with textiles. It’s nothing new but we are getting closer and closer to wearable…

Your Very Own Light Drone

The Walkalight drone is a lighting exploration that merges quadcopter and smart sensor tech to create the ultimate in personal illumination. The air-filled orb is…

Is this an ambient lamp that also tells the time? Or is it a clock that doubles as a mood light?

Light and time have a pretty old bond. In science, light and time are collectively used to determine the ‘light year’, a unit of measurement…