A universal design approach was adopted for Capsule – a fire extinguisher containing an oxygen tank and powder capsules that can be thrown or rolled into the fire to extinguish it.

Capsule encompasses the essentials when it comes to life saving in fires. Within the body of the fire extinguisher are an oxygen tank and a capsule box containing a number of fire-retarding powder capsules. The addition of an oxygen tank is an essential component, as it protects people trapped in fires from toxic gases. The amount of oxygen is shown through a gauge. If the tank is out of oxygen, the mini oxygen tank can be charged through valves that are located in both sides of the handle.

To reduce the required handling of the fire extinguisher, the user needs only pull down the cover from the extinguisher’s base, and a powder capsule will emerge from an opening. The user rolls or throws the capsule towards the fire. The capsule, made of a material that reacts to high temperatures, will explode when it reaches the fire. Thus, the user does not need to get close to the fire in order to put it out. The elasticized body of the capsule enables it to absorb shock when it is thrown. 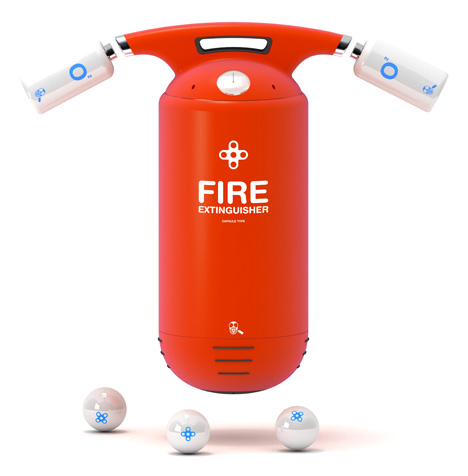 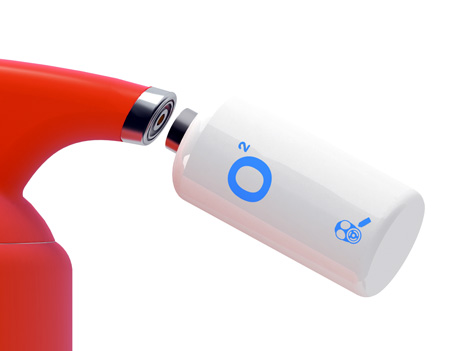 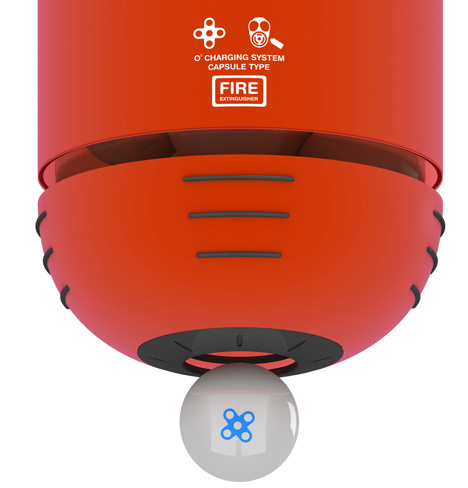 This analog radio concealed as a minimal ornament is proof that modern tech can be one with our home interiors!

This is currently an era of unstoppable and unparalleled technological advances! Almost every day we’re taken by surprise by innovative tech trends and ingenious product…

Sitting on your kitchen table much like an Echo or a Google Home would, the Fruit WashingMachine is a rather unique way of cleaning your…

Drink from this bottle without tipping it over!

Combining bottle and straw into a singular device, the Double Drink Bottle lets you easily sip water without needing to lift and tilt it. The…