Sounds horrible doesn’t it? Why would anyone want a backbreaking chair? Actually it’s called the Bench-Lighting Break (play on words) and tho it looks uncomfortable, at the very least its Star Trek archetype will appeal to some people.

It’s design looks like a number 4 splayed on its side. Beneath the seat cushion is a light (hello Star Trek) and the sharp angles encourage you not only to sit, but to literally collapse on it. Comfortable? Maybe. Cool looking? Depends who you ask. 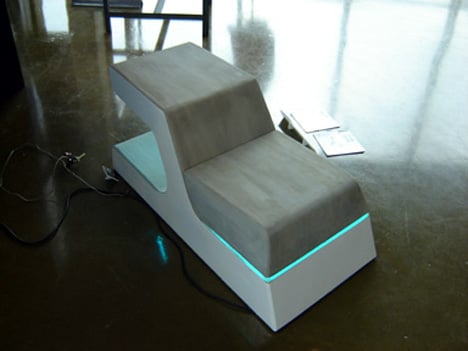 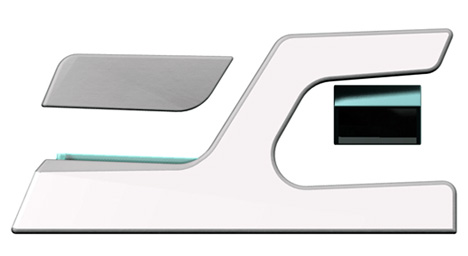 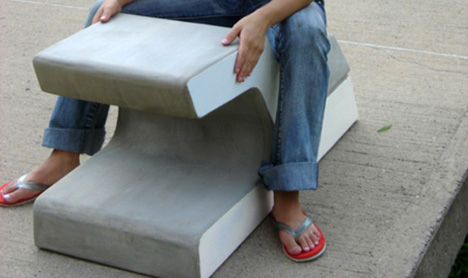 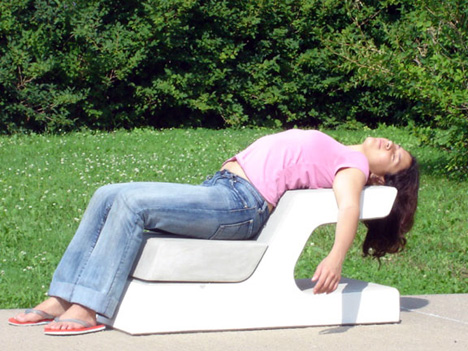 With it’s aerodynamic shape, winged seat and functional rivet accents, the C5 bar stool subtly reminds of aviation, but it also draws inspiration from the…

It’s an Armchair then PRESTO

What do we want? Rocking chair! When do we want it? In under 20 seconds! Thats what you want. I know you do. You’ve got…

Fire hydrants. They’re red. They give firefighters access to water to put out fires. Dogs pee on them. They work pretty good for what they’re…