The number of innovations in bathroom fixtures these past few years have been staggering. Temperature adjustment, filtration, and new materials are just a few that come to mind.

Inspired by Omvivo Linea Glass wash plane, Kai Tan designed a faucet fixture that would complement the minimalist design she calls Tapware. The design calls for an inverted cone that compactly folds up nearly flat to wall. When one wants water, tapping it unfolds the cone to a 135º angle. The inverted shape now forms the spout. It also reveals a knob allowing you to adjust the temperature to your liking.

The design presents an interesting conundrum; form can follow function but it doesn’t have to outright say, “hey, I’m a faucet!” In the case of the Tapware and the Omvivo wash plane, it’s not apparent what they are until you use them but they truly speak to the aesthetics of minimalist design. 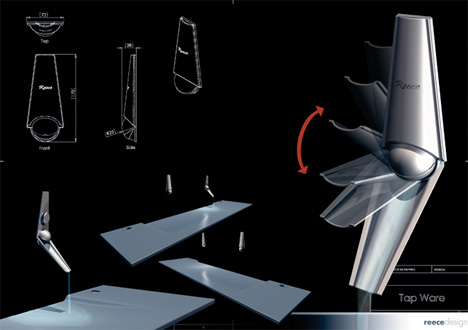 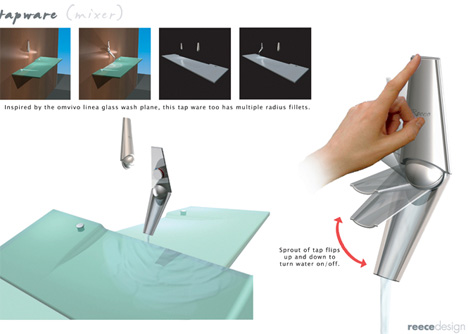 A dog’s gotta drink. We each have our own reusable water bottle that we can take with us on the go– your dog needs one…

A Piggy Bank for the currency of the information age!

Taking possibly the most iconic representation of ‘storage’ and turning it into a modern-day product that acts as a storage unit of sorts, the Ciao…

I’m not sure if we’ll see a universal currency in our lifetime, and if we do it will probably be in a digital form. Either…

Can 20-degrees make all the difference in design? When it comes to the portable water cooler, then it does. We use these urn-shaped dispensers for…