Today the Beijing Organizing Committee for the Games of the XXIX Olympiad (BOCOG) in the presence of the International Olympic Committee, unveiled the Lenovo-designed Beijing 2008 Olympic Torch and announced Lenovo’s role as a Worldwide Partner of the Olympic Torch Relay. Lenovo’s design, the “Cloud of Promise,” was chosen over 300 competitor themes and will be carried by torchbearers around the world in the Olympic Torch Relay preceding the Beijing 2008 Olympic Games.

Since its inception in 1936, the Olympic torch has come to represent the history and culture of its host country and city. Lenovo’s unique approach for the Beijing 2008 Olympic Torch incorporates a sleek and modern design with historical Chinese symbolism. The primary theme of the torch’s artwork is clouds, which are intimately associated with Chinese culture, and are often represented in works of Chinese architecture, drawing and painting, furniture and story-telling. 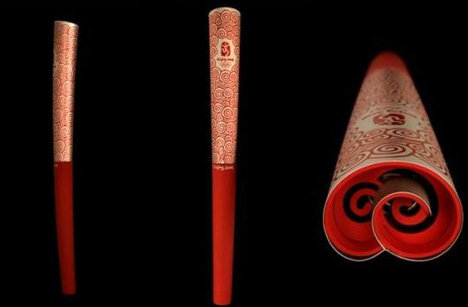 Business Cards of the Future

Halo is a simple, yet technologically advanced solution for cutting the inefficiency of business cards and the vast amount of paper waste they produce each…

My Beagle’s eating habits have changed. He shovels down food and water faster than ever. Glutton or not, I don’t appreciate the wet and sloppy…

This sustainable architecture concept is a flexible, scalable, living organism in itself!

If we reflect upon the trends predicted for 2013, then some of the prophecies have come true. For example, Contextual Design is no longer a…