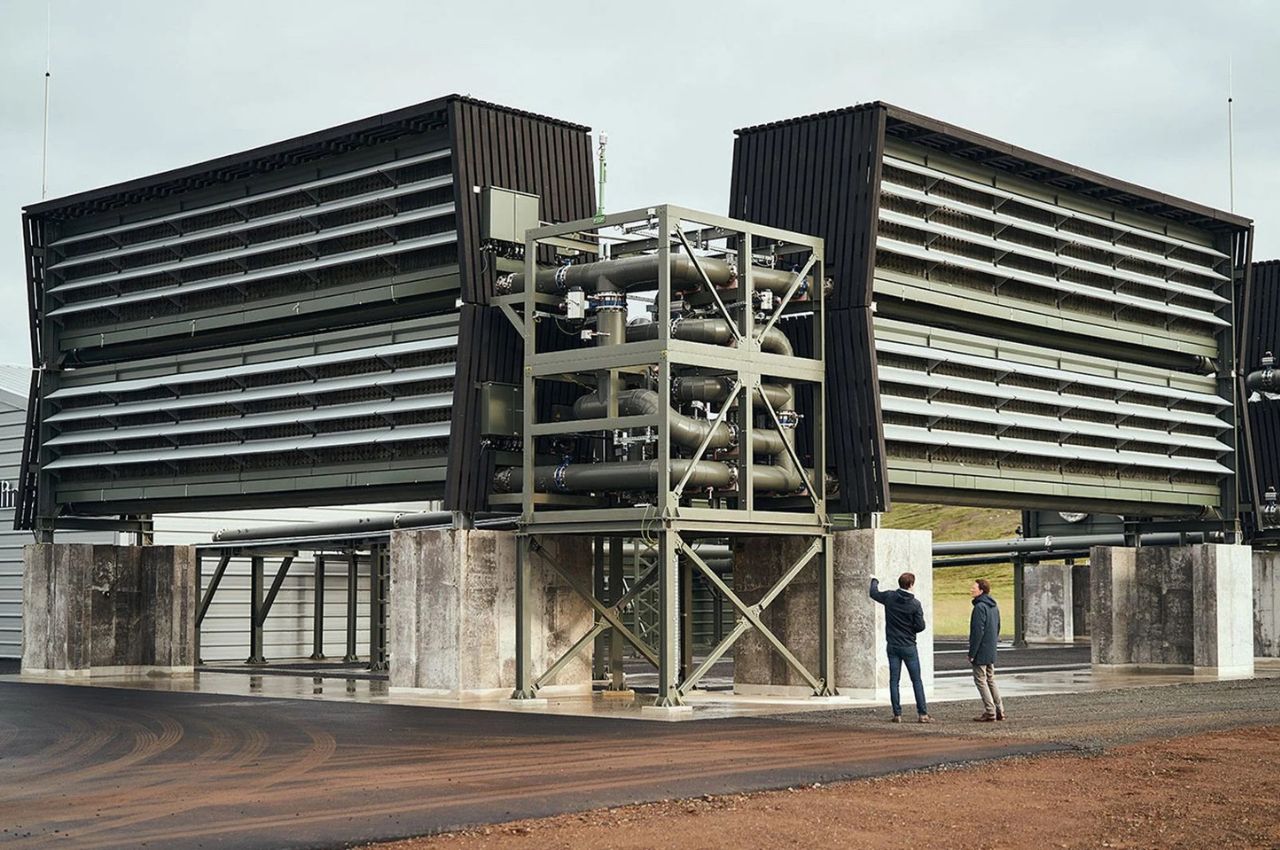 To say that climate change is one of, if not the biggest problems of this generation is most likely an understatement. The past few years we’ve seen all kinds of campaigns, businesses, products, and structures, all with the goal of bringing awareness to this problem and at the same time, reducing the carbon footprint in both small and big ways. Carbon capture is one of those phrases that we hear about even though there are still some who consider it a bit controversial. Late last year, we saw the largest direct air carbon capture plant start operating in Iceland.

Run by Swiss company Climeworks using technology from their local partner Carbfix, the plant is named Orca, probably after the whale although it doesn’t have any direct connection to marine life. Basically, what the plant does is to get the carbon dioxide from the air and then bury it in the rocks under the plant. It is located in Hellisheidi and is run on renewable energy from the adjacent geothermal power plant. 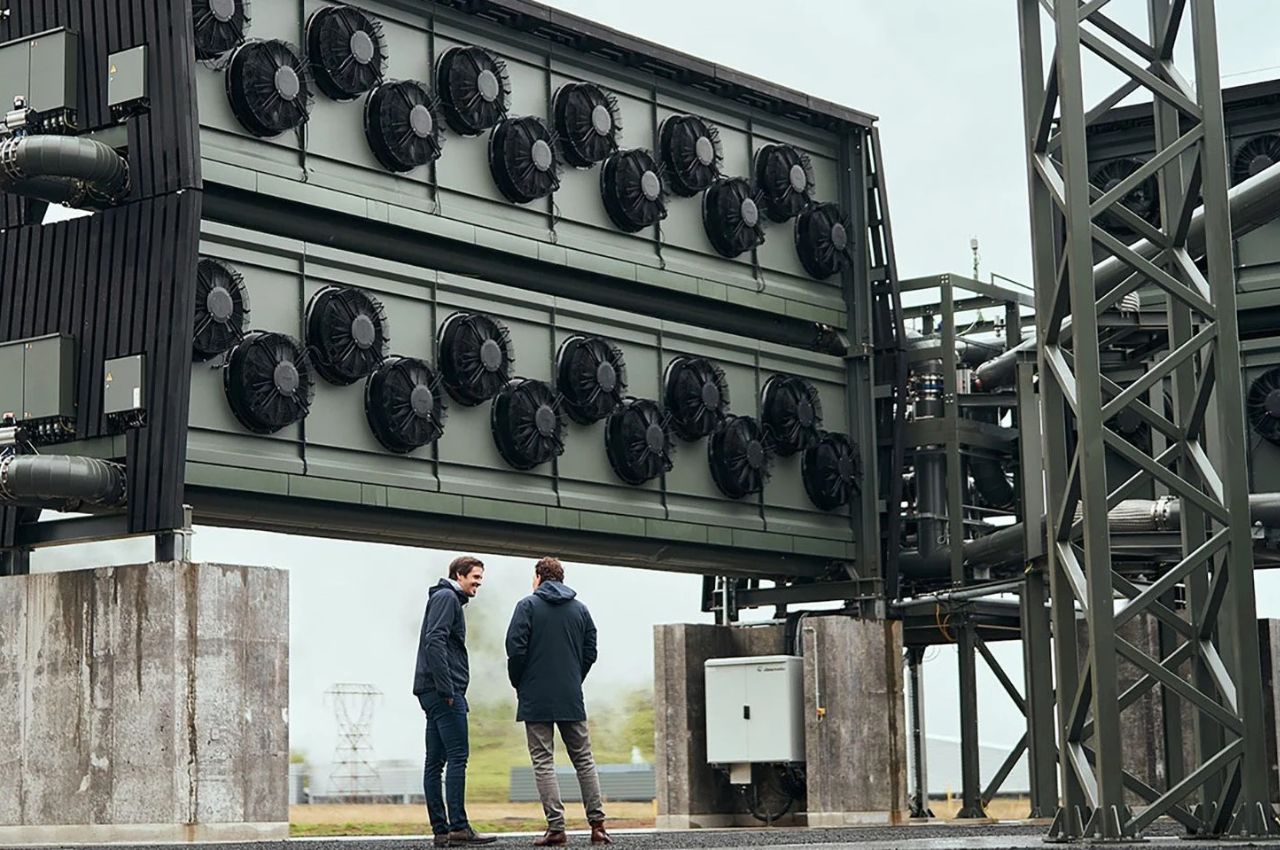 They say it is the “world’s first and largest climate-positive direct air capture and storage plant”. When you hear the word plant, you would think of closed factory-like structures with towers or domes emitting smoke. But of course, since this is a carbon capture and storage plant, it looks nothing like that. It is made up of eight stackable container-sized collector units using a modular system. Think of it as giant airconditioner-looking units sucking up the carbon dioxide in the air. 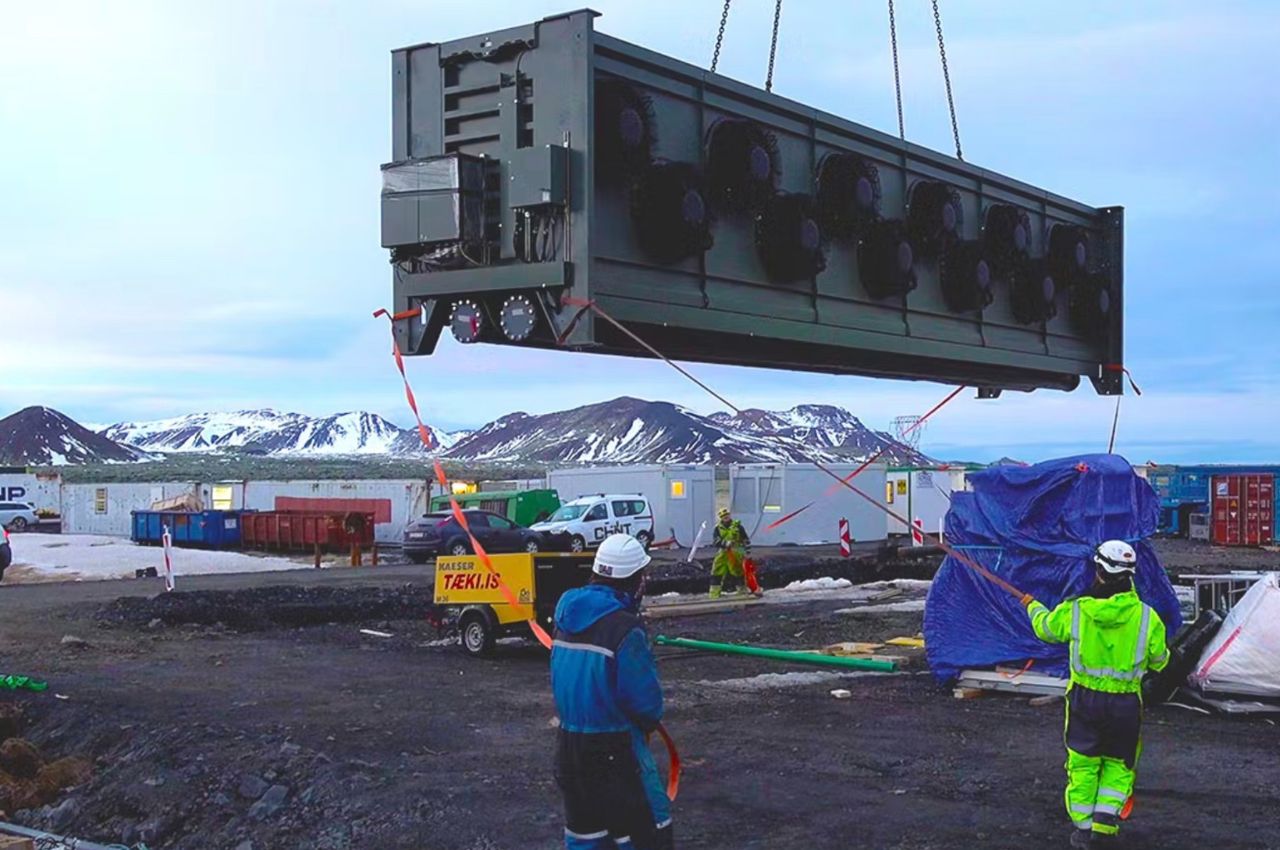 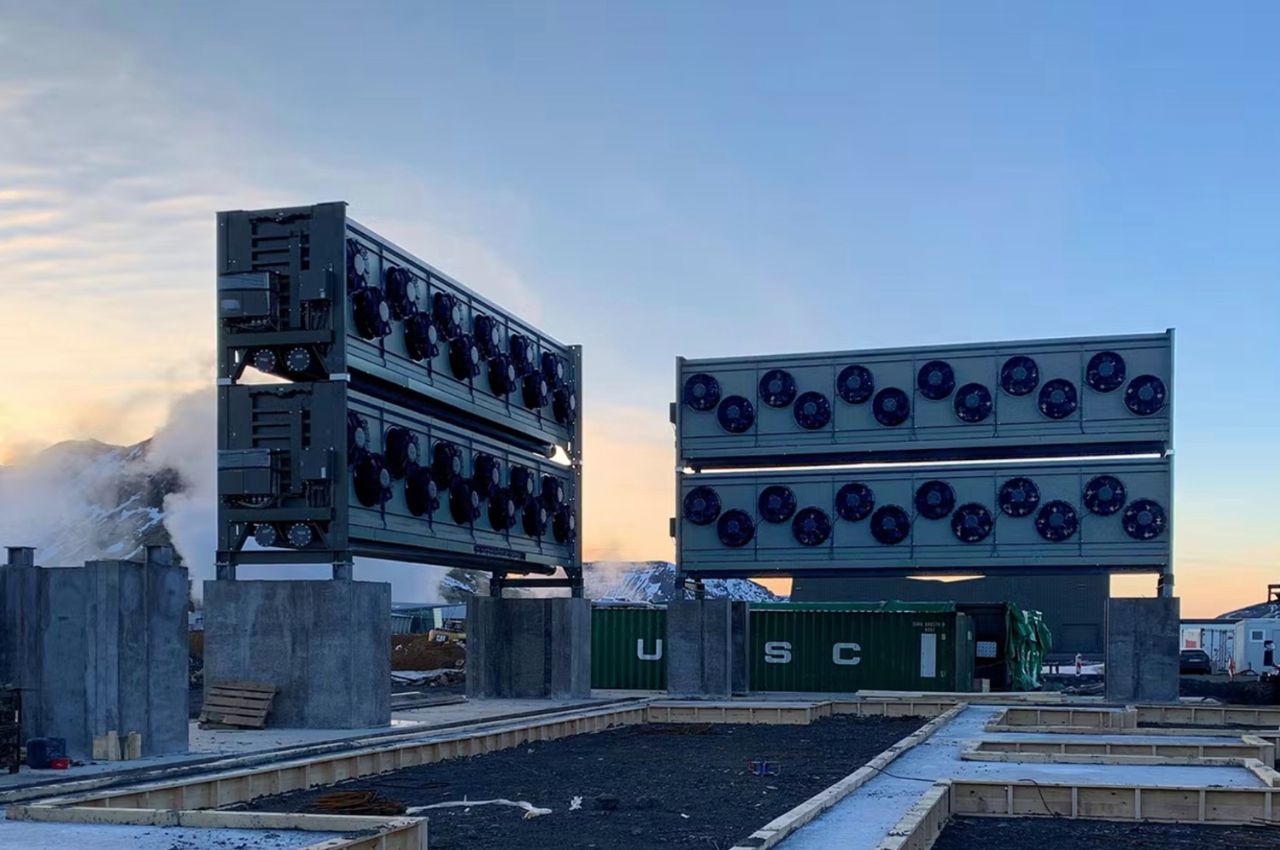 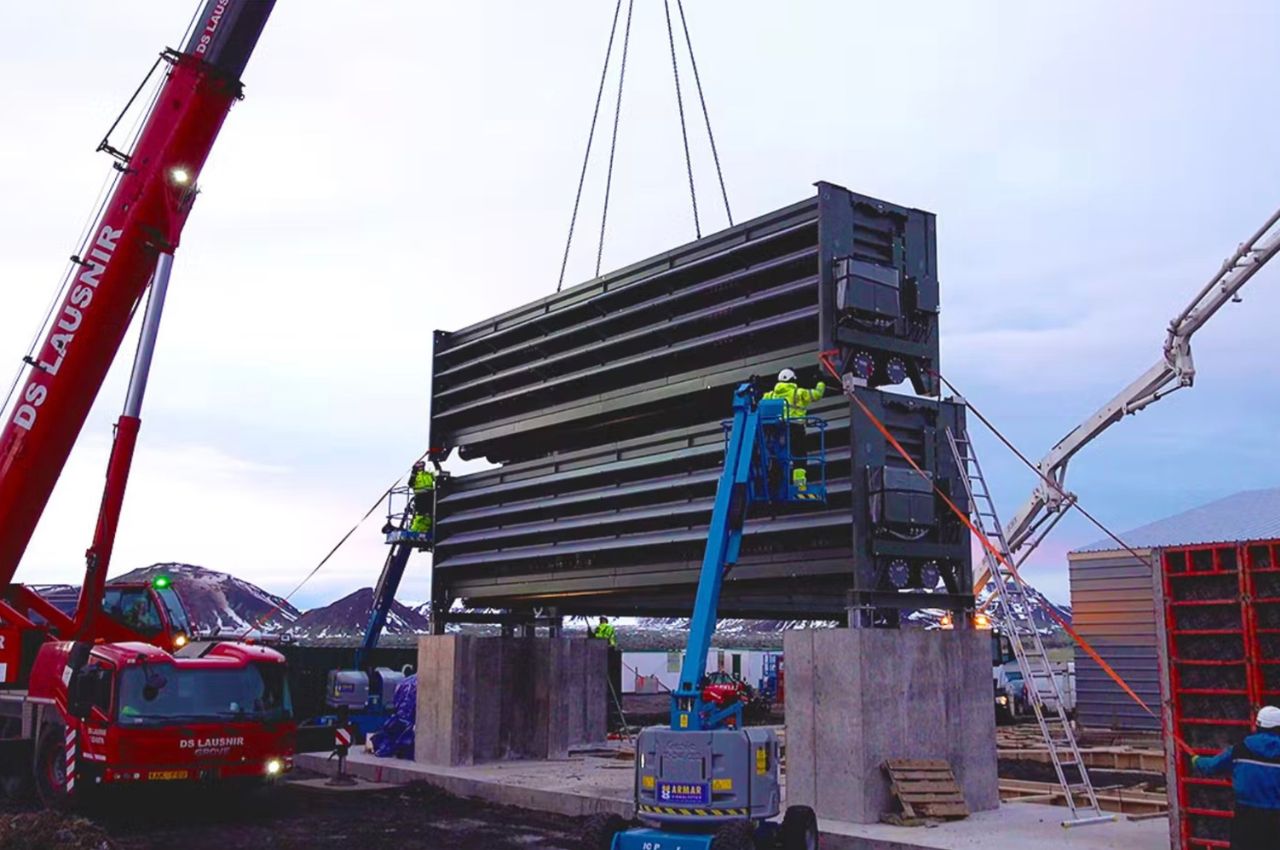 The plant uses these large fans to pull in the air and it passes through a filtration system. Instead of the usual carbon capture process that re-uses the captured emission, it converts it for storage through the natural mineralization process and traps it in the stone under the plant. They are able to remove 4,000 tonnes of carbon dioxide every year which is equal to the emissions of 870 cars or 9,281 consumed barrels of oil, according to the greenhouse gas calculator.

Climeworks also launched a plant in Switzerland back in 2017 but that one was able to re0use the emissions for commercial use for things like fertilizers, fizzy drinks, and synthetic fuels. Orca is able to capture significantly more carbon dioxide with its stackable collector units. So in the long run, despite some criticism to carbon dioxide capture plants, this may help manage carbon emissions globally. 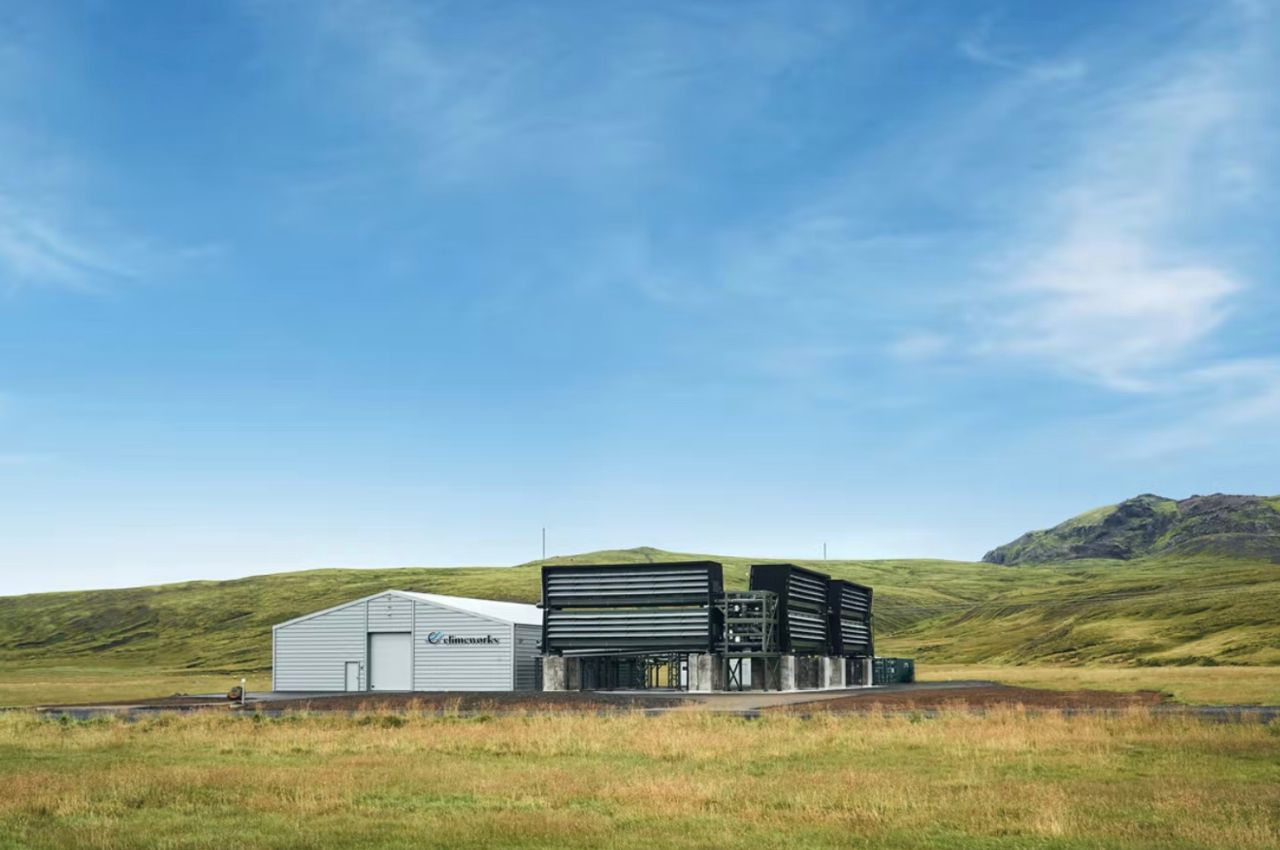 The Efjord Cabin is a triple-glazed glass cabin that one newlywed couple calls home on the Hallvardøy Island in northern Norway. When you’d rather spend…

The View from Book Hill

Welcome to a proposed extension of the Stockholm Public Library. This project, called “The Book Hill” is one that makes use of what were thought…

In the coastal town of Køge, Denmark, a new taphouse has just been added to the Braunstein Brewery. However, with climate change and rising ocean…

These wooden urban architecture sculptures in Venice are calling for climate action!

Climate change has inspired a lot of designs and installations over recent years, but there is something poetically ironic about Issori’s ‘A Line of Water’ …