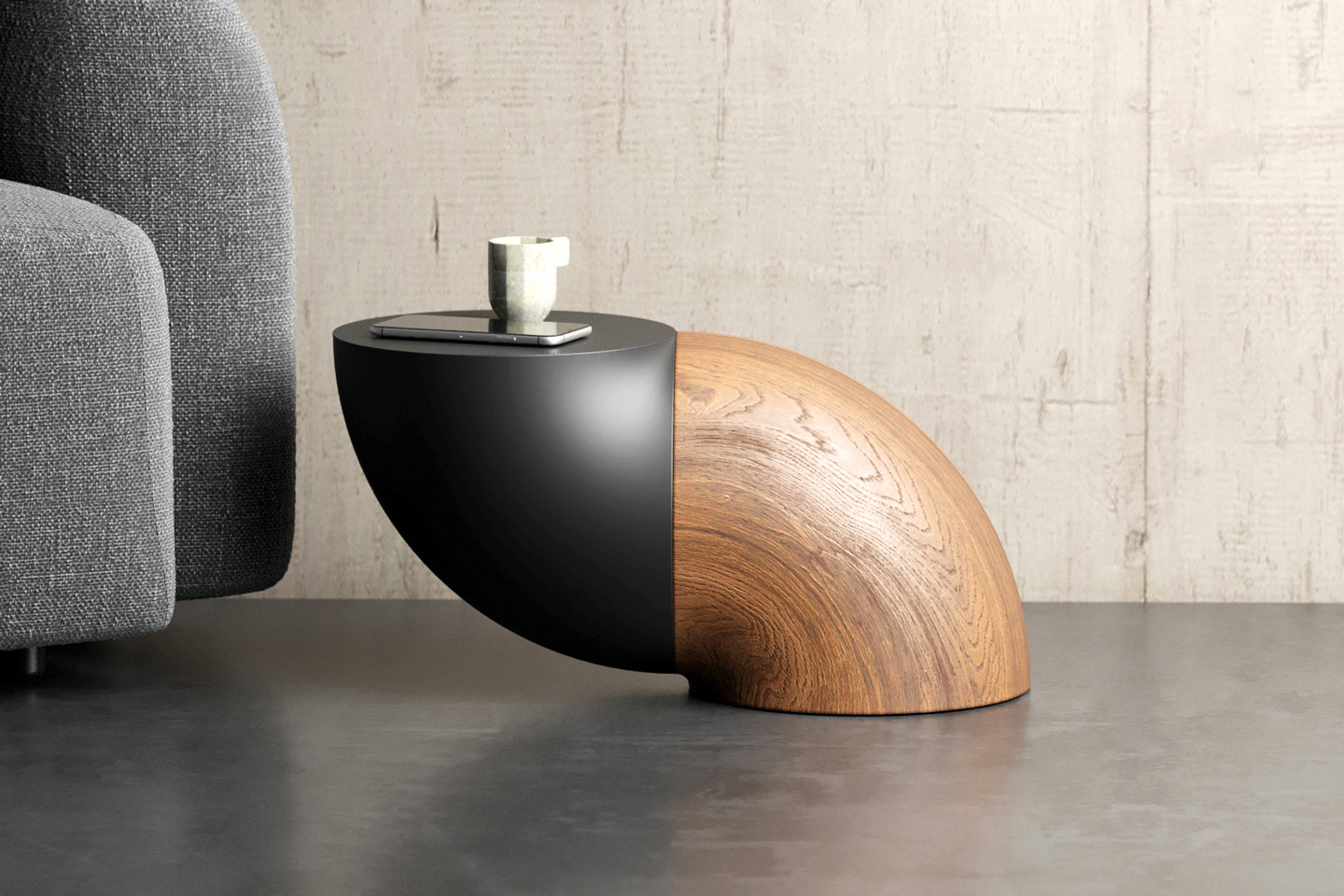 Talk about putting the Table in Unstable, eh?

The Pet Table, named for its odd, almost pet-like stance (it does look like an abstract dog sitting with that curved back, no?) relies on a neat optical illusion to appear as visually interesting as it does. You see, most tables come with the standard 3 or 4 legs, or a flat, wide base that makes them look like they’ve got enough stability to not tip over. The Pet Table, on the other hand, has a wide base, but also has a tabletop surface that rests outside the base’s vertical footprint. If you’ve studied basic physics in school, the one rule to stability is to have your product’s center of gravity as low as possible, and within the product’s base. The Pet Table, however, visually seems like it disobeys that cardinal rule. Just looking at the image above makes me wonder if it’s going to tip over the minute I rest my cup of tea on it. It’s that visual trickery and tension that makes the Pet Table so interesting. 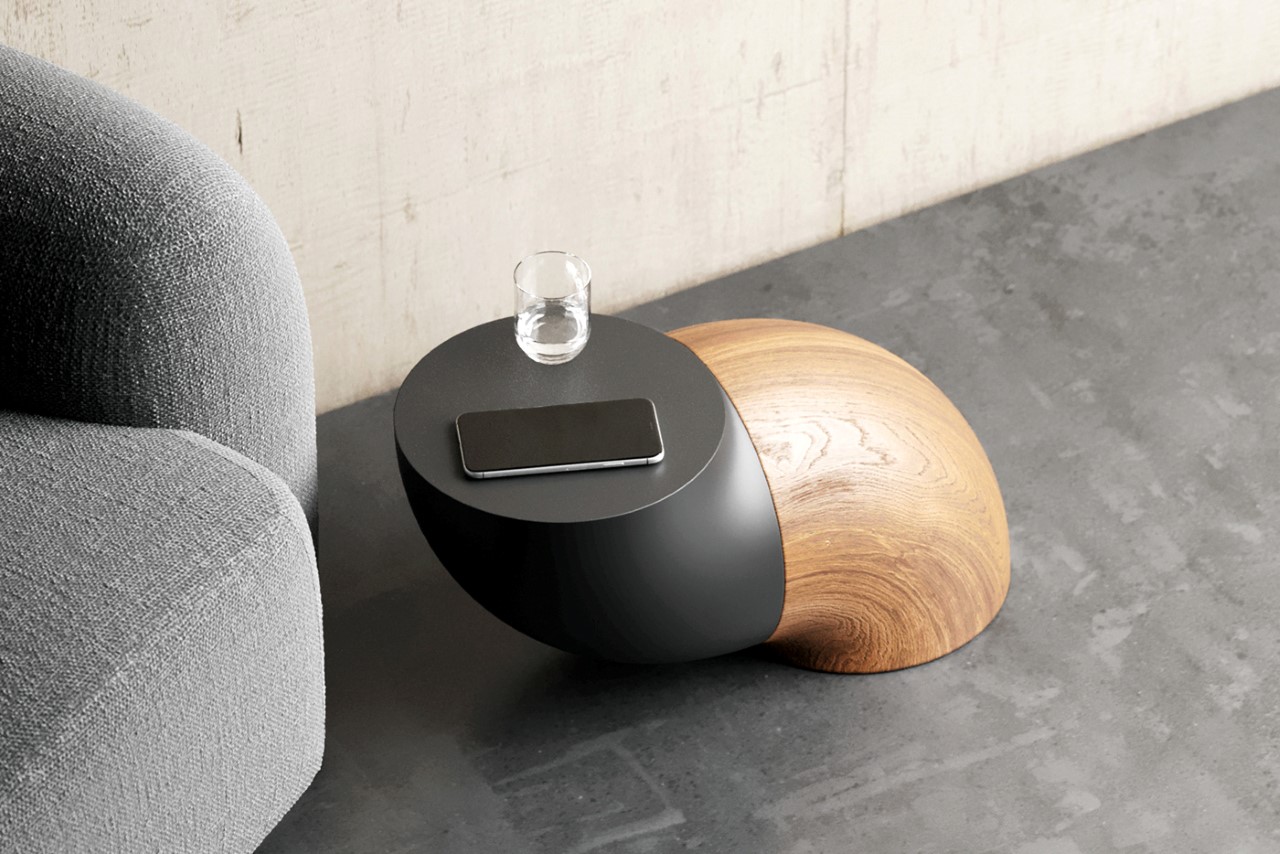 The Pet Table has two tricks up its sleeve – form, and color. The product’s unstable form comes from the fact that it comprises two identical elements oriented in a way that gives the table one flat base and another unstable curved base. The fact that the curved form has a darker or more dominating color than the earthy wooden form tricks your eyes even more. However, its stability lies within the way it’s constructed. The element with the curved base and flat tabletop surface is, in fact, hollow on the inside, while the other form is made from solid wood. This firmly puts the table’s CG (center of gravity) well within the limits of equilibrium… and aside from actually sitting on top of the Pet Table, nothing should really topple it over. Especially given the fact that the tabletop is a rather small circular surface that’s big enough for a few books, a phone, and maybe a vase or a mug of coffee/tea. 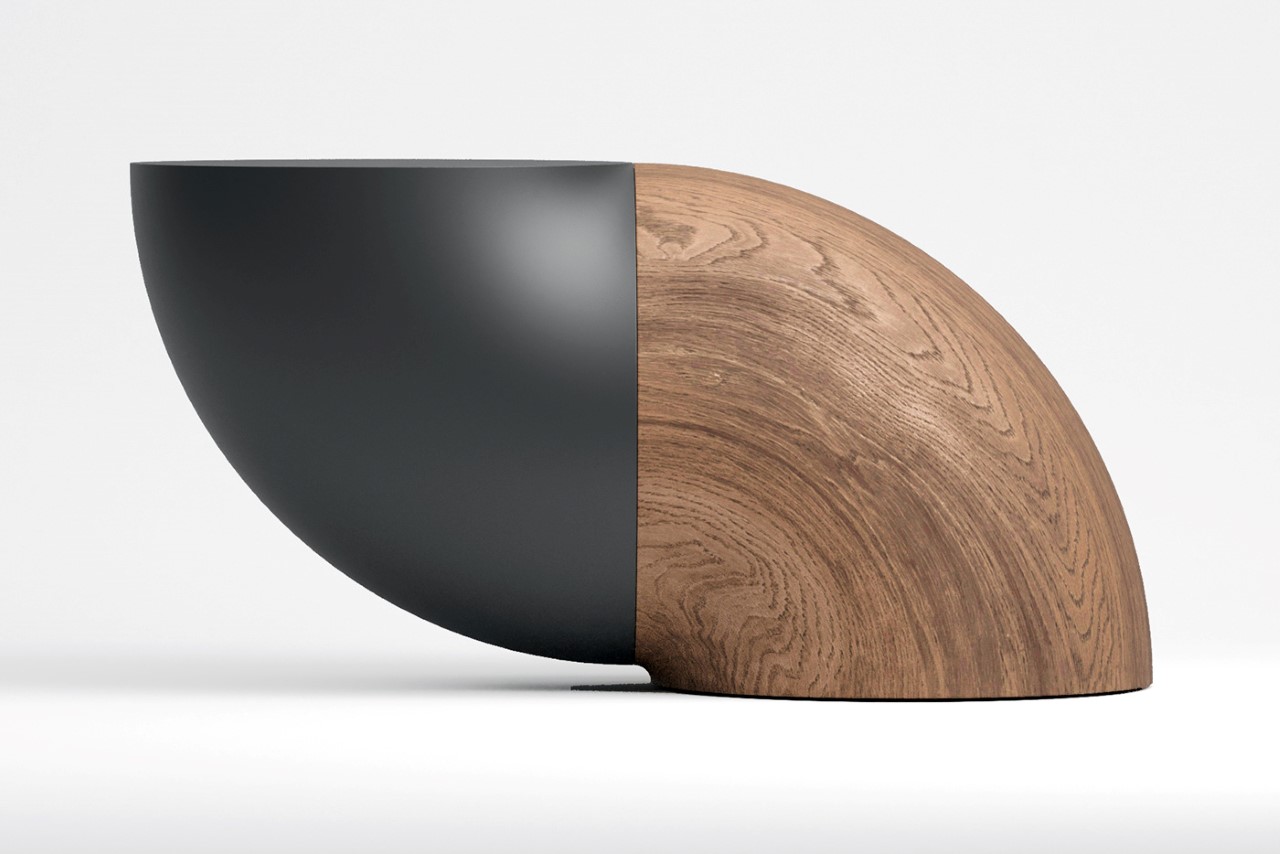 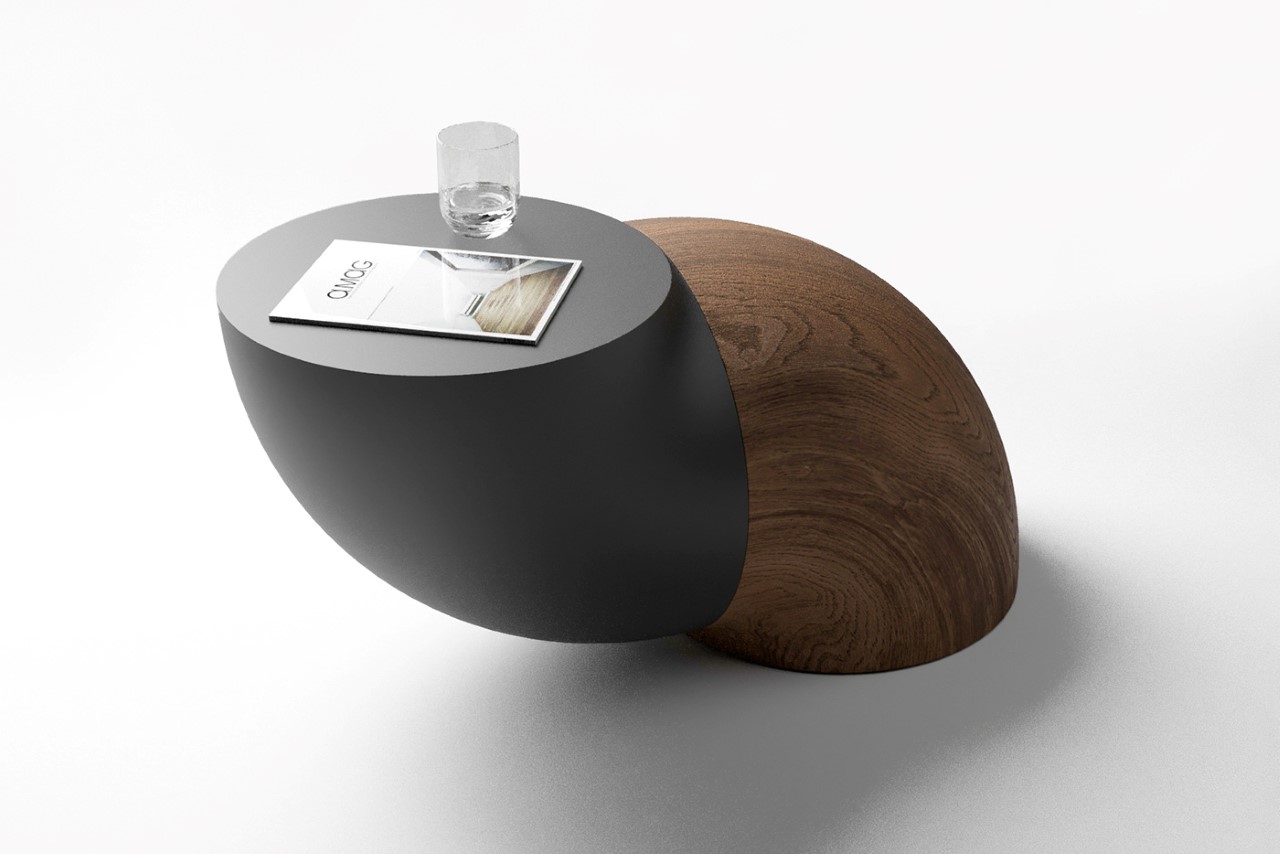 The Pet Table’s visual trickery is fun, but from a purely utilitarian perspective, it doesn’t really contribute to the table’s design. That seemingly unstable form is just artistic, and truth be told, creates a few small limitations. For starters, the table needs to be exceptionally heavy to actually be very stable, which makes it difficult to carry or shift around. Considering its relatively large form factor, it also has a really small tabletop surface – imagine a ‘normal’ rectangular coffee table the same size and you’d immediately double the countertop space. However, design isn’t just about function, it’s about expression too, and the Pet Table scores big points in the latter department! 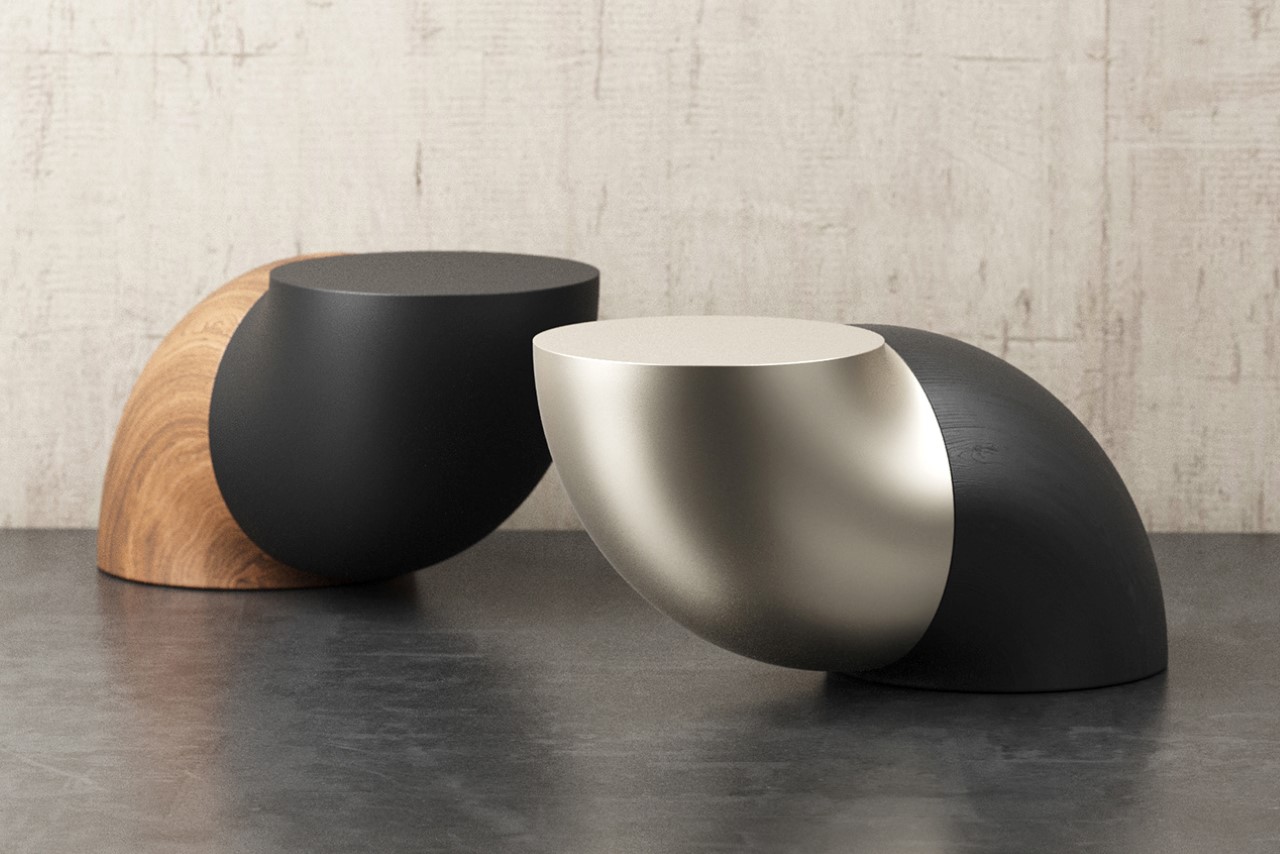 From Bight Light to Nightlight

Starrynight is a combination light and nightlight that recreates the starry night sky while being energy efficient. A transparent light-collecting module (provided by Mechanical and Systems…

The new collection of backpacks designed for IDI by Vinaccia Integral Design, combine lightness and strength, thanks to a carbon fiber external skeleton which supports and protect…

Pagani is working under the wraps on the successor for the Huayra (codenamed C10), but even before that happens, the Italian supercar maker has revealed…

On large sugar cane plantations, harvesting machines are limited to flat terrain and even then have a high rate of flipping over. On smaller plantations,…