The Metro Dot is a bracelet type transportation card in Braille for the visually impaired. It relays information like your subway station and how many more stations to go before your stop arrives. The bracelet transmits vibrations to let the user know when to get off the train. The interface uses EAP (Electro Active Polymer) to make a 3 dimensional pattern with electronic signals. The electronic signals are sent to the surface raising the constant magnet to make a Braille pattern on the silicon rubber surface. Through this technical method, information such as the subway destination and how many stops are left can be alerted.

The designers explain, “The destination and train travel information are transmitted to the subway through the rail tracks, used as a conductor, sent from the TCC (Train Control Computer) in between stations. The Metro Dot is able to provide station location information by catching a series of electronic signals that are being sent to the subway’s receiver antenna.” 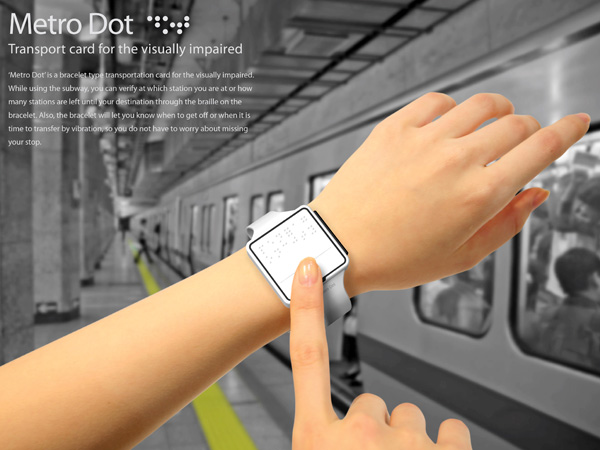 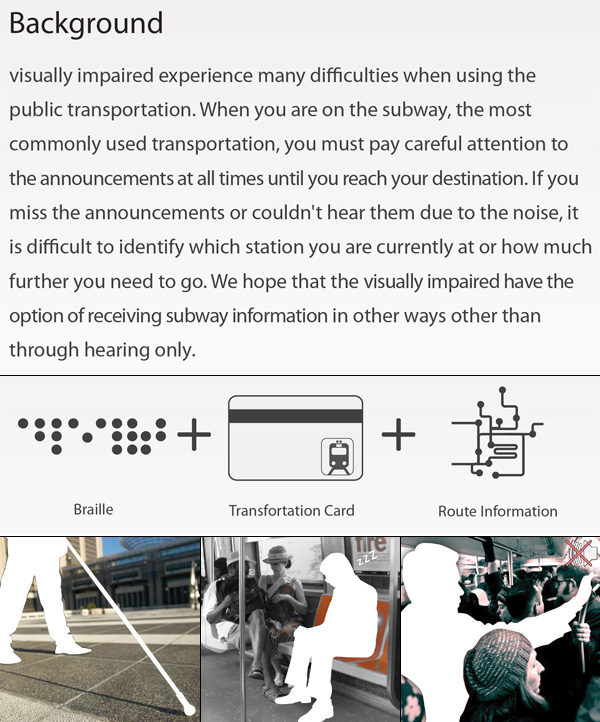 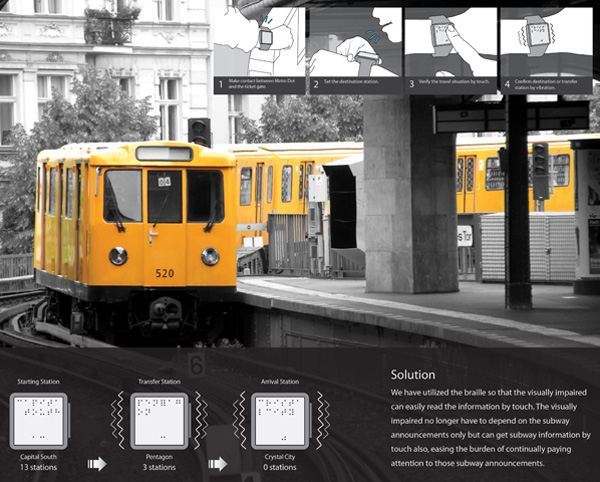 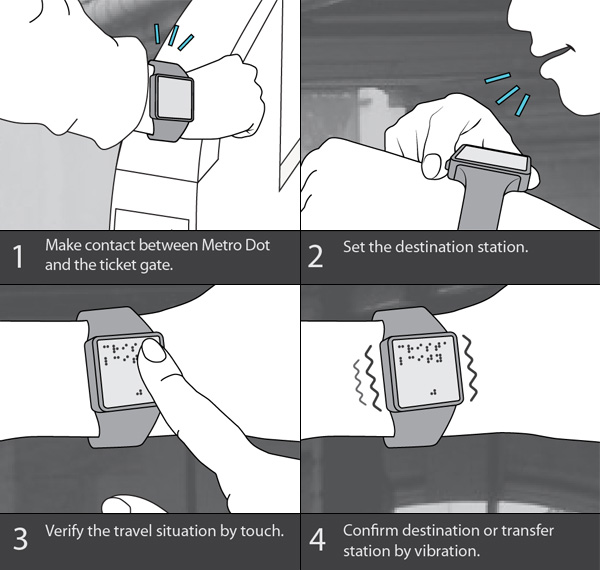 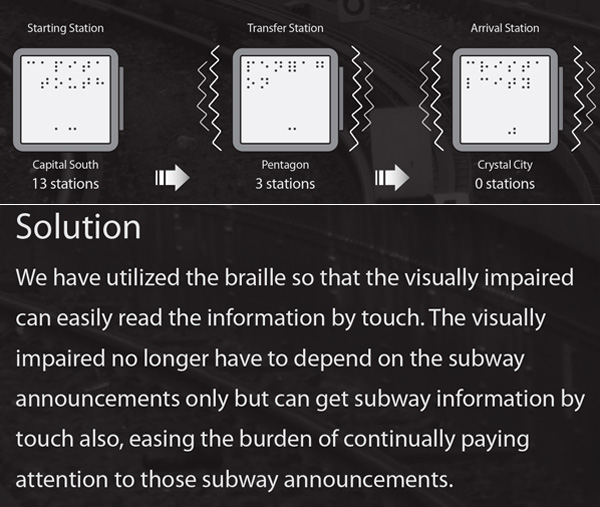 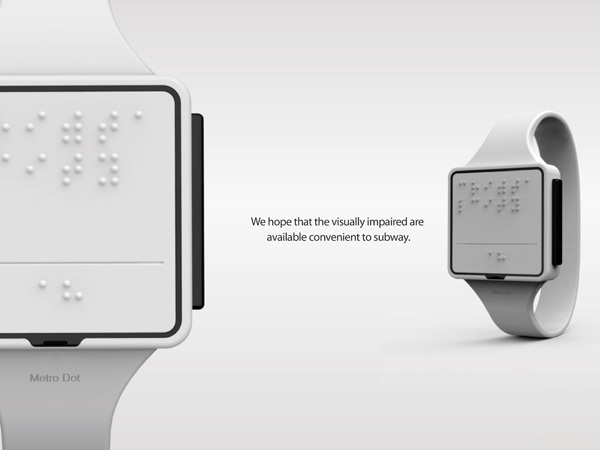 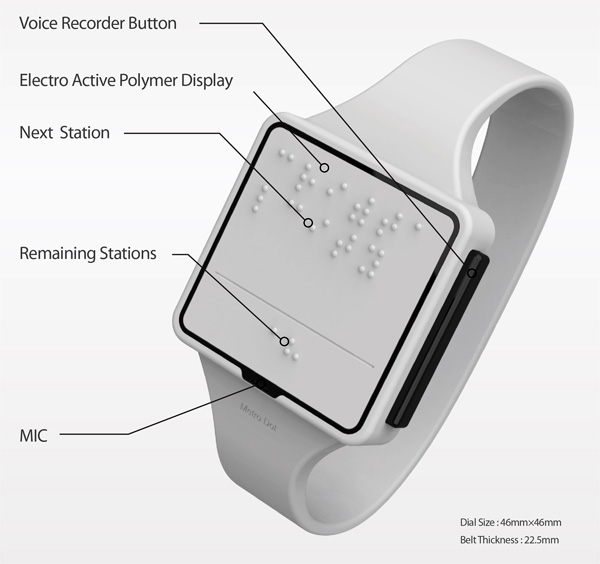 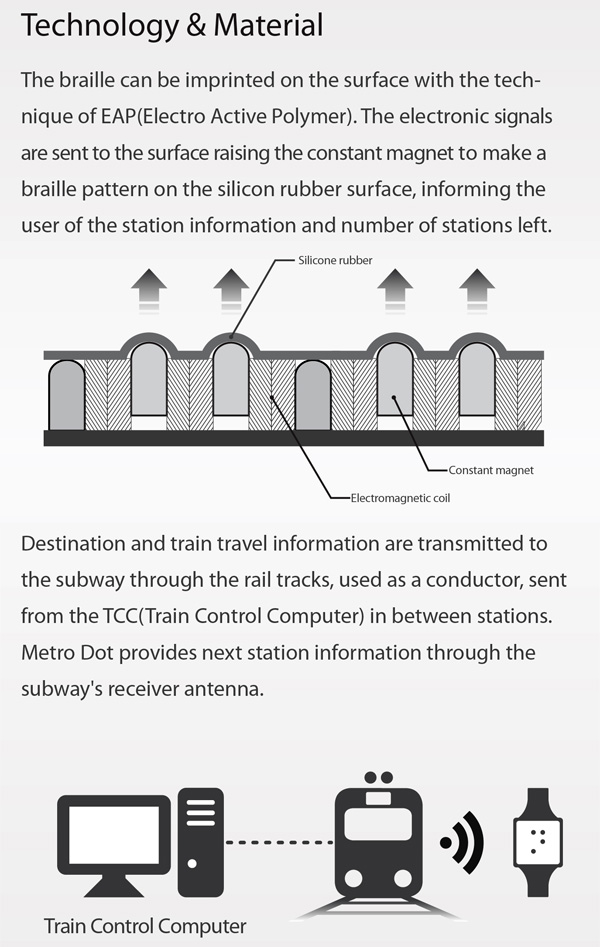 Watches give us a sense of time and perhaps the realization that life is ticking away. Over time, the accessory has evolved into the best…

This amp is made of aluminum, stainless steel, and 100% pure common sense. The super-cool looking Block amplifier sticks strictly to Hi-Fi audio rules by…

The Film Rig, as its name quite aptly suggests, allows you to film content on your consumer-grade camera, while minimizing the hand-jitter that often comes…

Workout For A Clean Home

Orbita is an appliance that uses the energy created by body movement as energy source of the appliance. This gives you the liberty to spend…