Oh my goodness this is cute. The design you’re about to experience is called “Original Sound Track” and it’s basically a sound box flipped inside out and turned into a train on tracks. Set up your tracks, which have pins in them in just the right places, wind up your train car and set it on the tracks, and wowie! You’ve got your own little sound compilation! Made for kids, but who am I to say you adult figures can’t have one for yourself.

When this train makes it to production, it will come with 10 pieces of track which can be arranged in any number of different ways, allowing for the kid who runs it to make lots of different fresh songs! Then, just like any good modern toy, this train has song tracks you can buy separately. I’ll be in line the day they release the Chemical Brothers tracks! Or the Kraftwerk tracks – how awesome would that be?

This toy is basically GOING to inspire creativity and growth in cognitive ability in any child that uses it. Arranging music is intense – this is by far the simplest way to get a child excited about creating real amazing songs. Who DOESNT want their kid to become a composer!?

P.S. I am super excited that the music that’s used for the example in the video below is “Coin Operated Boy” as arranged by the designer Ricardo Seola. The original version of course being done by the awesome Dresden Dolls. Fabulous interpretation! 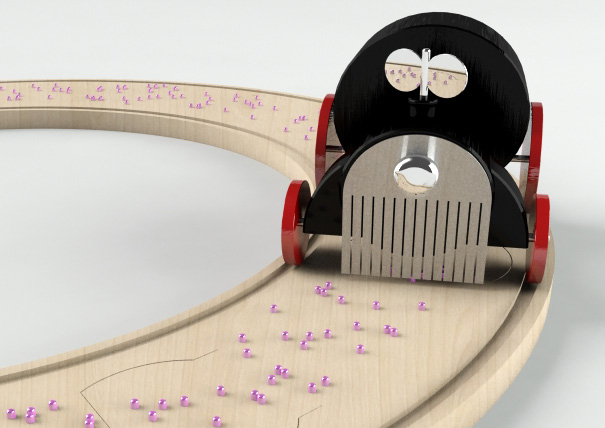 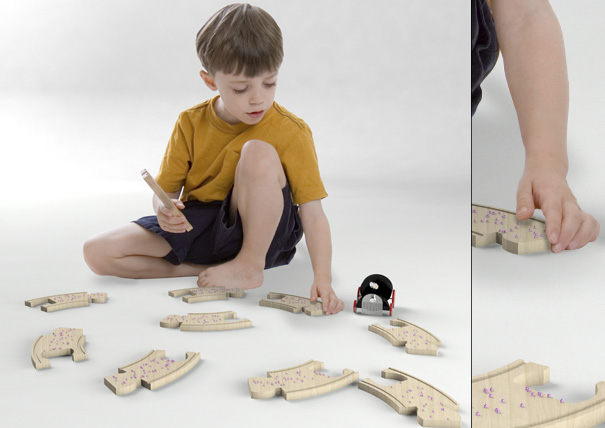 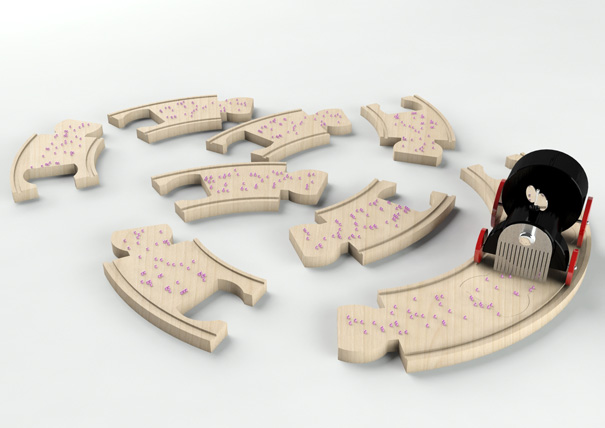 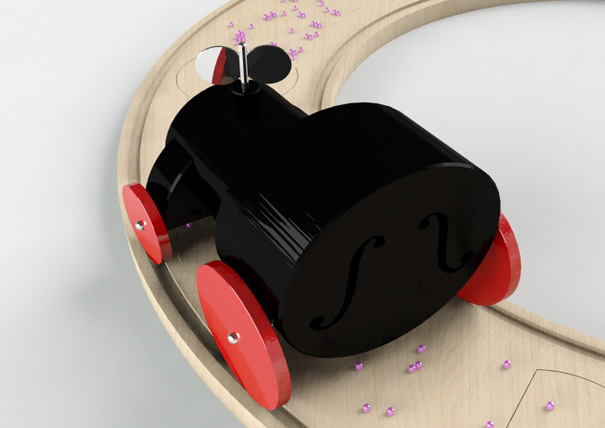 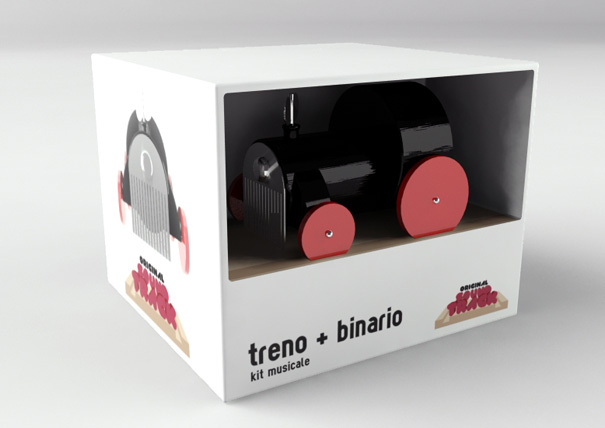 Seating to Oink About

Inspired by Meret Oppenheim’s bird-legged Traccia table, this dual-footed stool applies the functional stability and aesthetic peculiarity of one of our favorite barnyard animal’s feet:…

Pine trees litter a large part of our world, forming a bulk of our evergreen forest cover. They hold immense cultural and religious significance for…

Chocolate – it’s sensual, sexual, and delicious; known the world over for its mood altering properties and palette pleasuring sensibilities. We’re not supposed to play…