When we found out an ordinary computer mouse won an 2008 IF award, we were intrigued and had to review it. Logitech was kind enough to supply us with a model and let me start by saying this is no ordinary mouse, not surprising since I later found out it was designed by Marcel Twohig. The man currently designs for Design Partners and worked with LG prior to that. The MX Air combines laser optics for millimeter point accuracy, touch controls for parts of its interface, and Freespace’s innovative motion sensing technology to track hand gestures.

If you’re a little confused by that last bit, just like the box says, the MX Air works both on the desk and air. Similar to the way people use a remote to control a television, when holding the MX Air mouse, you can now lean back and relax while navigating the computer and enjoying media content. If you’ve played with Nintendo’s Wii, the technology is near identical.

Aesthetically the MX Air is sleek and unlike any other Logitech mice. It’s devoid of intricate curves for thumb rests and the like. Instead, it follows the “less is more” mantra. The aerodynamic slope makes the MX Air appear to fly, which is the point since it contains gyroscopes to work in the air. The top surface is made of shiny plastic; the belly is plated in metal. There’s an on/off switch just above the optical sensor to conserve power and the whole thing is wireless.

In use, the MX Air performs like most other Logitech mice. It’s accurate and smooth. It comes with Logitech’s SetPoint software to program a myriad of buttons. It can navigate web pages, launch applications, and control your music player with dedicated play/pause and volume buttons. The left and right mouse buttons are tactile and the scroll bar is touch based. Perhaps the coolest part is the ability to pick up the mouse and use it like a pointer or remote. It’s not the first gyroscopic mouse on the market but Logitech is hedging its bet on design and multimedia users. My favorite feature are the volume controls. Hold the mouse like a remote, press the volume button and flick your wrist to the right and left to raise or lower the volume.

I didn’t like the scroller at all. The simulated clicking sounds are a nice touch but I found it to be hyper sensitive. By moving the finger up or down, the user is actually scrolling the document up or down at a speed proportional to the finger movement speed, while a very quick finger movement will “spin the wheel” and scroll the document abruptly in the desired direction. It does work but usually wildly. I couldn’t get the right customized settings to make it comfortable. In the end I would have much preferred a traditional scroll wheel or perhaps a 360º nipple found on the Apple Mighty Mouse.

What could be improved

My only other experience with gyroscopic mice is with Gyration’s Go Air Mouse. Both are comparable in features but the Logitech MX Air gets more winks and stares for its glossy looks. The Gyration mouse is also significantly heavier which is subjective by taste. At $149 the MX Air is expensive so this really is a case of form over function. After a week using the MX Air, I’m pretty happy. Aside from the few complaints I had, the MX Air is more than capable of controlling the multimedia centers of my life. 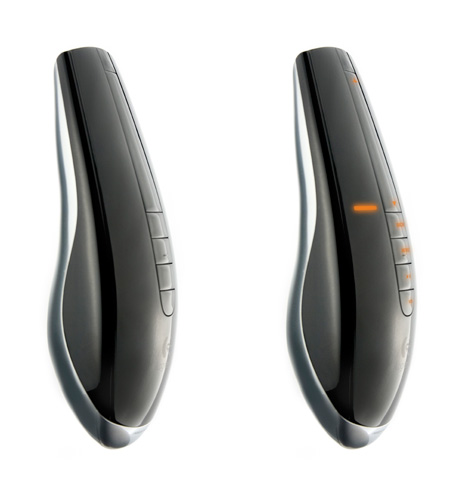 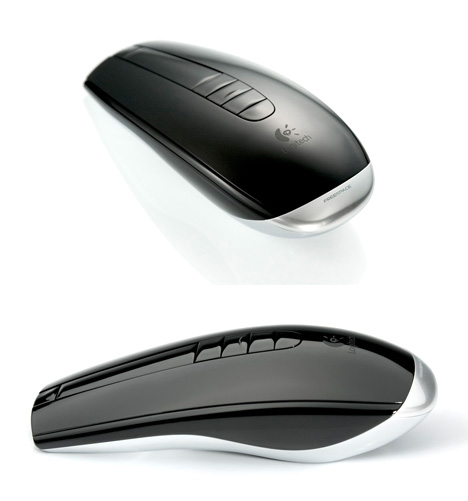 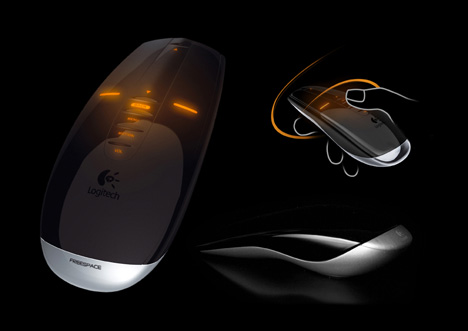 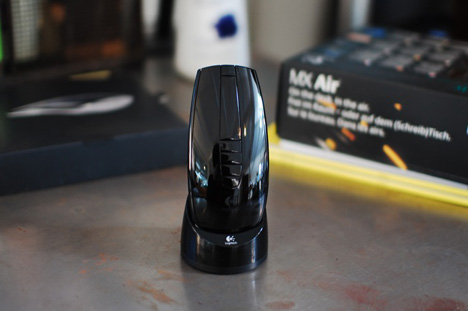 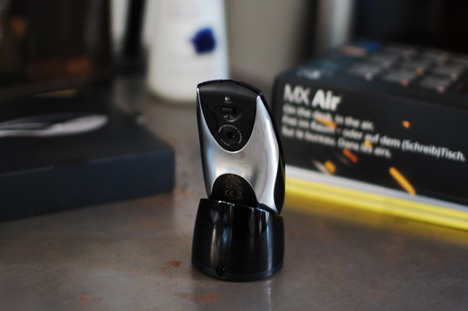 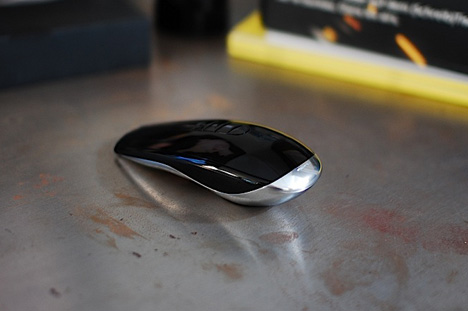 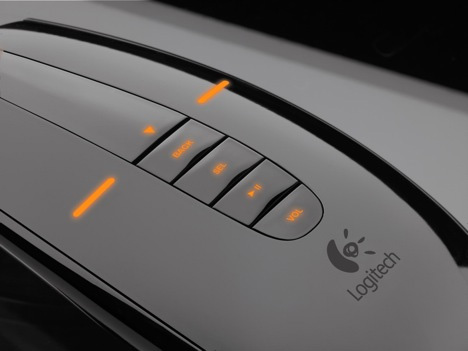 Pure luxe, that’s how I’m going to start off this review. Carbon fiber is a favorite material of ours here at Yanko Design as seen…

Cabinet designs that are a twist on their classical counterparts

Steve Jobs said, ‘When you’re a carpenter making a beautiful chest of drawers, you’re not going to use a piece of plywood on the back,…

Even though there are tons of phone case options out there, it’s hard to find one that’s original, let alone personalized. The DIY Stifin case…

There is a good chance that when you really need it, the fire extinguisher that you bought eons ago will not work. This is mainly…