Drift was established in the summer of 2006, and has since then been the collective name for the designs by Linneke Gordijin and Ralph Nauta. Immediately after their graduation from the Design Academy Eindhoven in 2005, the two designers embarked on a career as an independent designer. After more than a year, however, they decided to join forces under the name Drift. Interior products such as furniture and lighting are the design bureau’s principal activities, but Drift also specializes in interior furnishing, concepts for special events and designs for public areas. 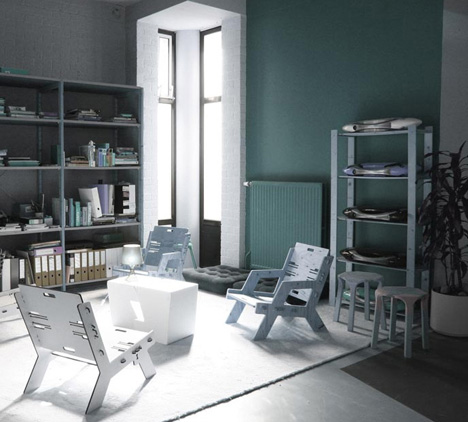 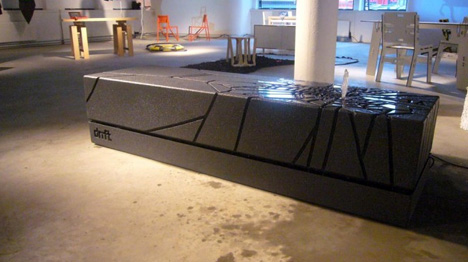 Great ideas often are simple executions. The Perfect Perch by James Chu is one of those ideas. Originally conceived as affordable seating for college students,…

What do Samurai warriors and tables have in common? Not quite a lot, I’d imagine… but for Mingdu Design, the two shared a potential visual…

The latest addition to DesignYouEdit’s wide array of “editable” furnishings is the innovative Magnete shelving solution, a multipurpose system that revolutionizes the ability to organize…