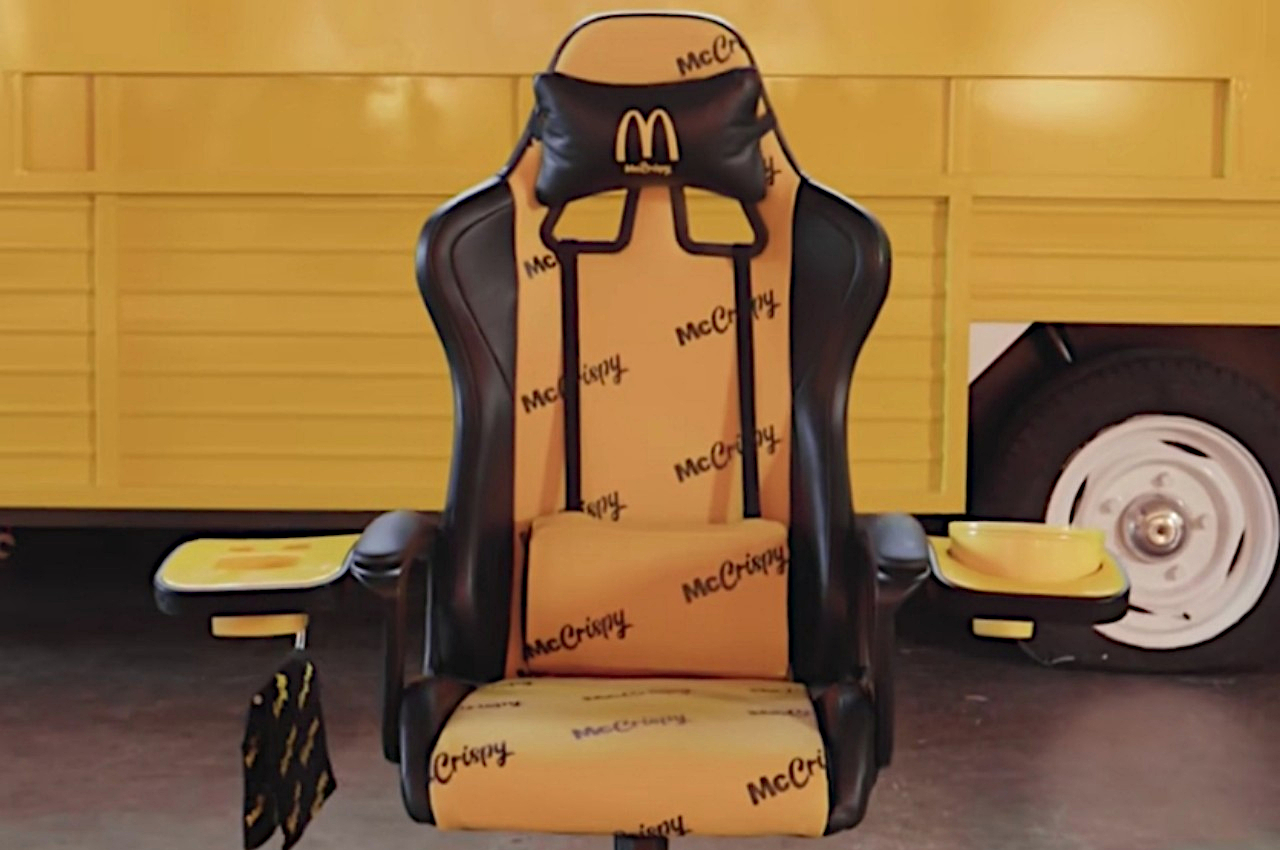 We’re already nearing the end of the year, but you’d be forgiven if you felt we went back in time to April or moved fast forward to next year’s date. With gaming continuing to be a highly profitable market, more companies are trying to get their toes wet and claim a piece of the pie. That includes companies with totally no direct connection to video games, like fast food chains. Although not as ridiculous as KFC’s “KFConsole” gaming PC, McDonald’s UK office is apparently trying to get its game on with a similarly contentious product aimed at PC gamers. On the one hand, it might hit all the right notes for a gamer’s dream chair. On the other hand, it also checks all the wrong stereotypes and encourages a lifestyle that further paints gamers in a negative light. 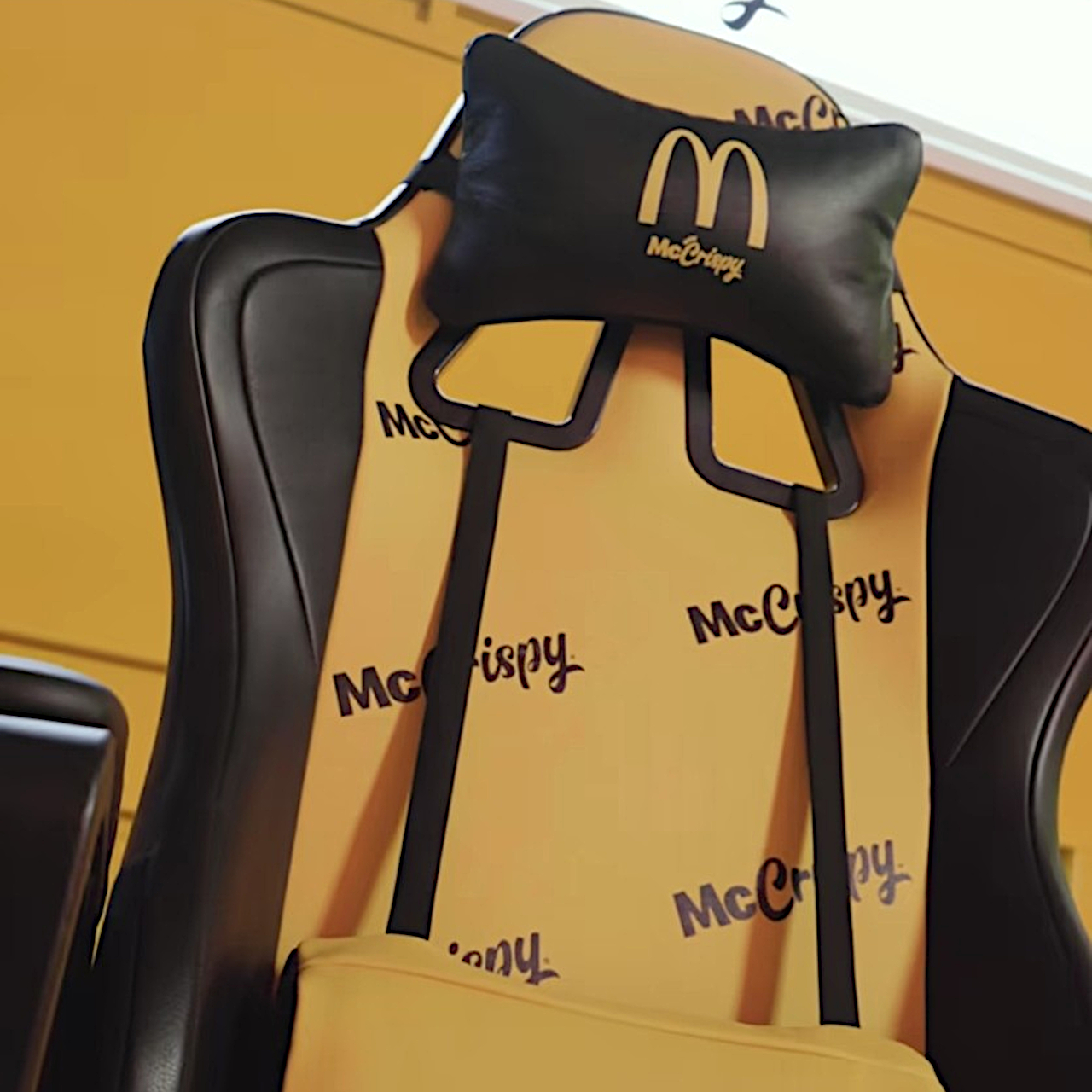 Parents used to tell kids not to eat while using the computer, though that was probably more from fear of damaging the computer with spilled drinks or ruining keyboards with oils and crumbs. Eating in front of the computer does have such dangers, but it also develops an unhealthy habit of not eating properly or not drawing the line between personal life and work life. Unfortunately, that’s the kind of unbalanced lifestyle that most people have in mind when thinking of gamers, and McDonald’s isn’t doing this market any favors even as it tries to sell them its latest gimmick. 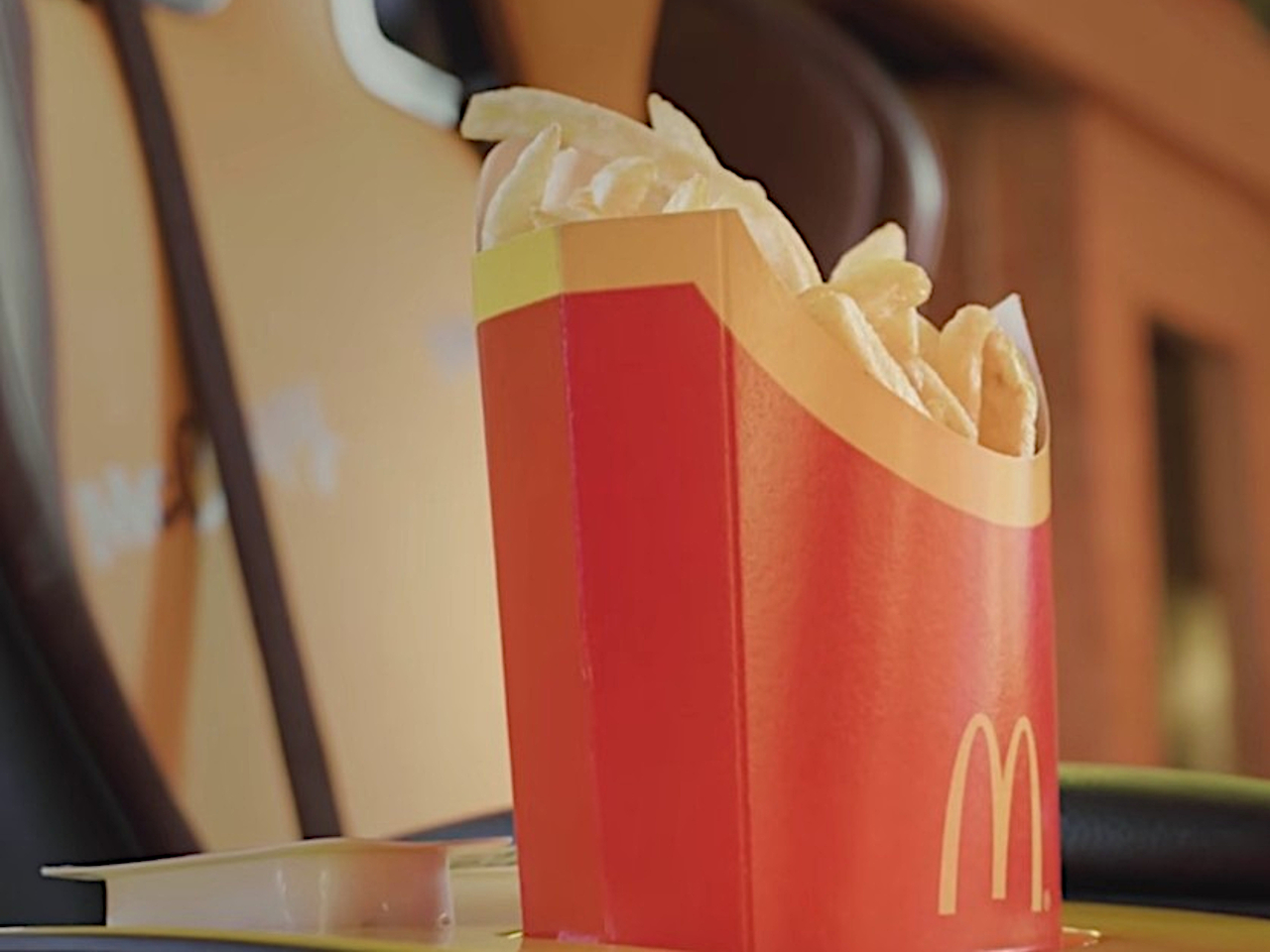 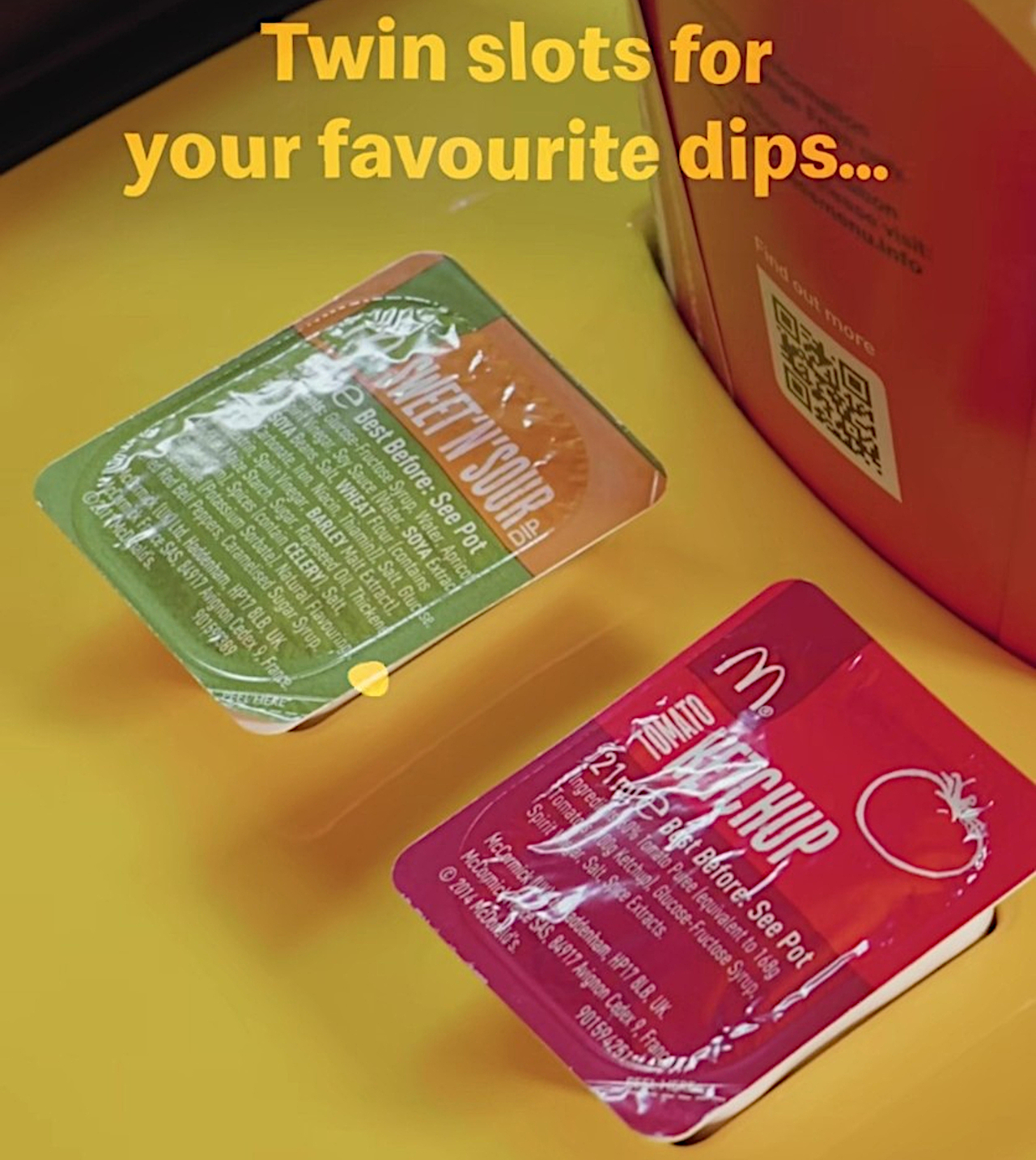 Formally called the McCrispy Ultimate Gaming Chair in honor of its newly-launched chicken sandwich, the chair adds dedicated compartments for gamers to enjoy the meal, complete with all the sides and drinks. On the right side, you have a container for fries, two dedicated slots for dips, and a hanger for a towel to wipe your mouth and hands with. On the left, there’s a hot box that will keep that McCrispy or any other food warm. There’s also a holder for a large drink, and it’s thankfully situated near the back, far away from potential accidents. 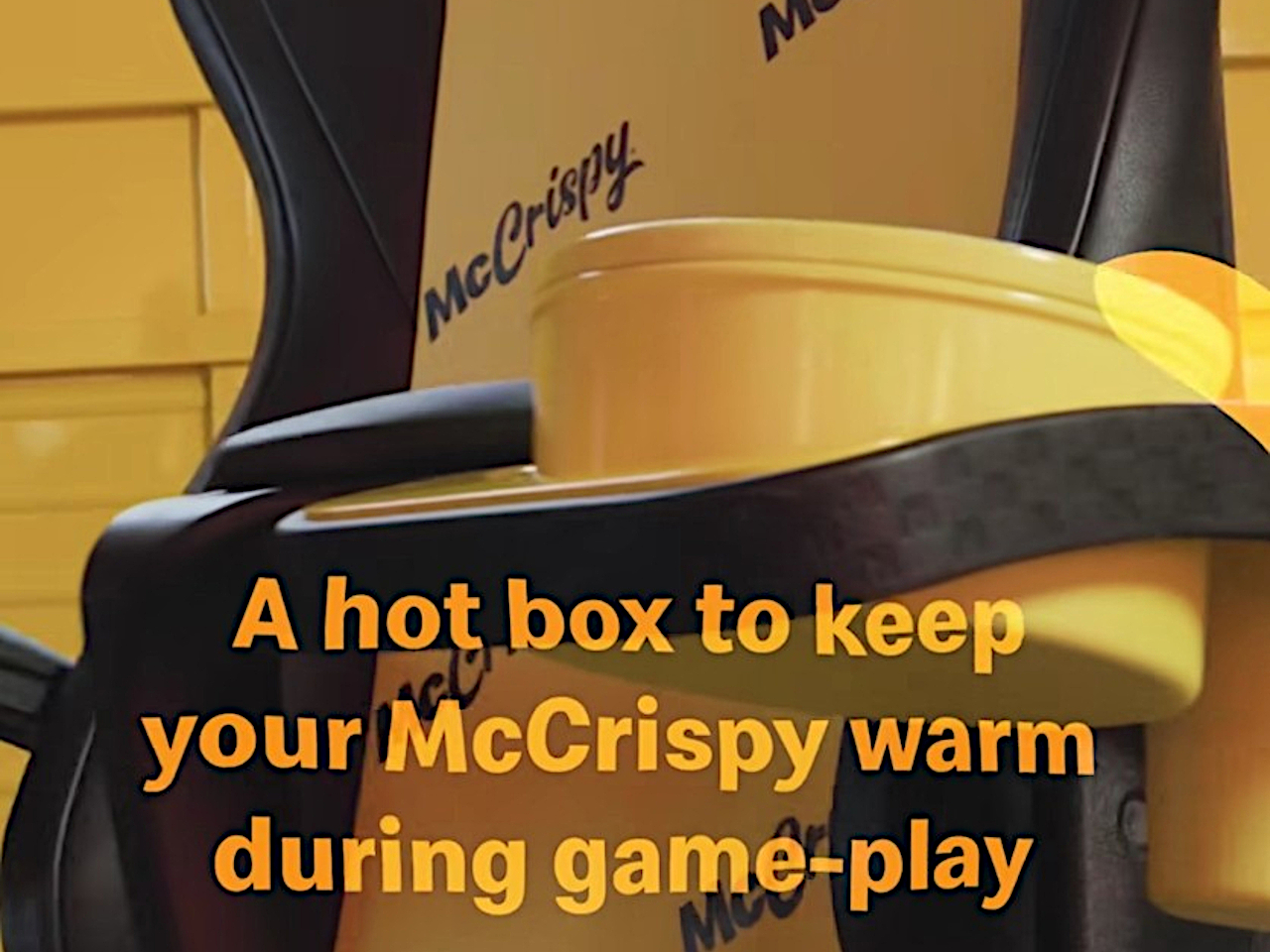 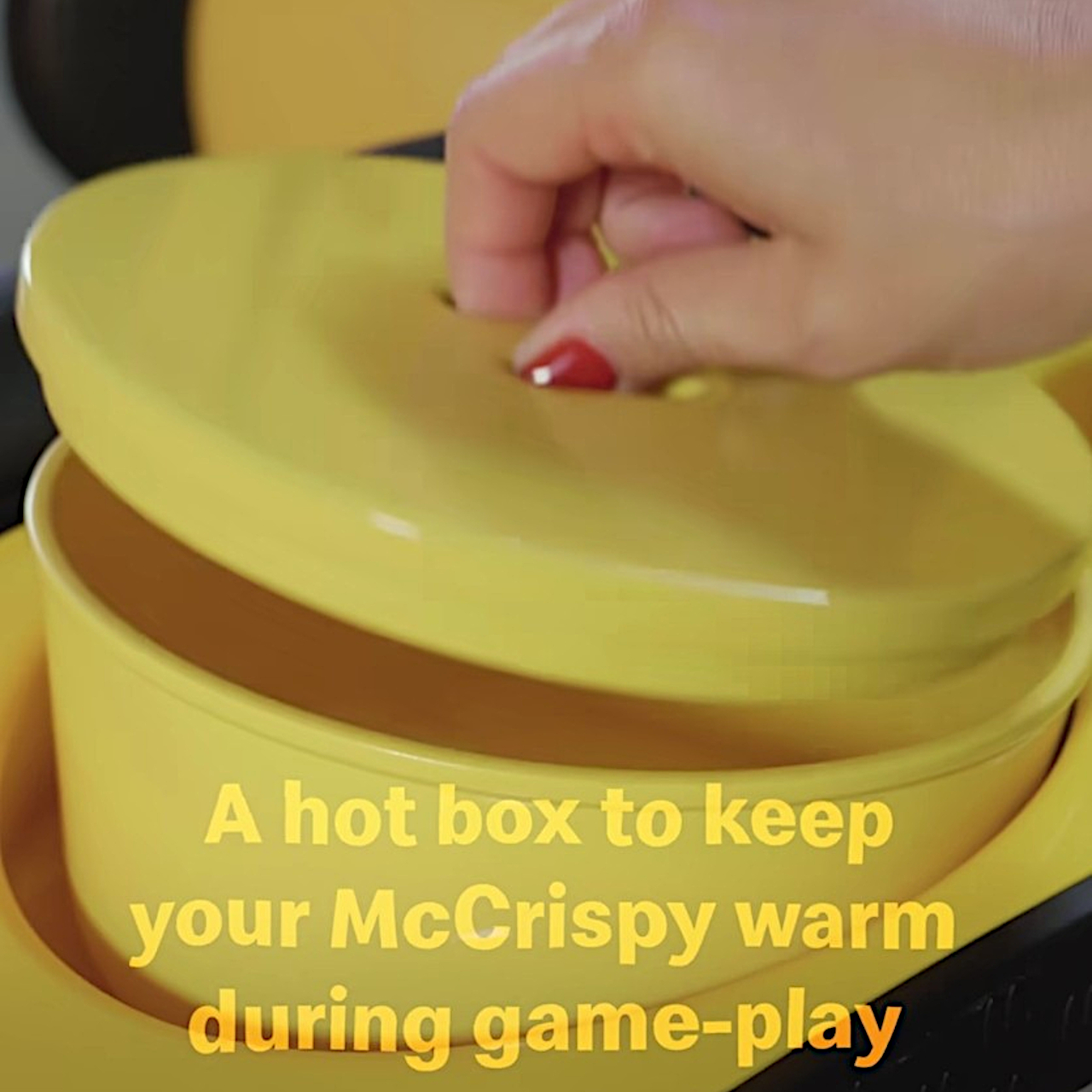 For avid PC gamers, it definitely promises the ultimate convenience of having your food within easy reach. It doesn’t have to be McCrispy meals either, as the containers and holders can be used for other food as well. That’s not going to help improve a gamer’s physical and mental health, not to mention it still runs the risk of ruining expensive gaming peripherals with oils from foods. It won’t harm the chair itself, though, since McDonald’s promises it uses stain-proof leather. 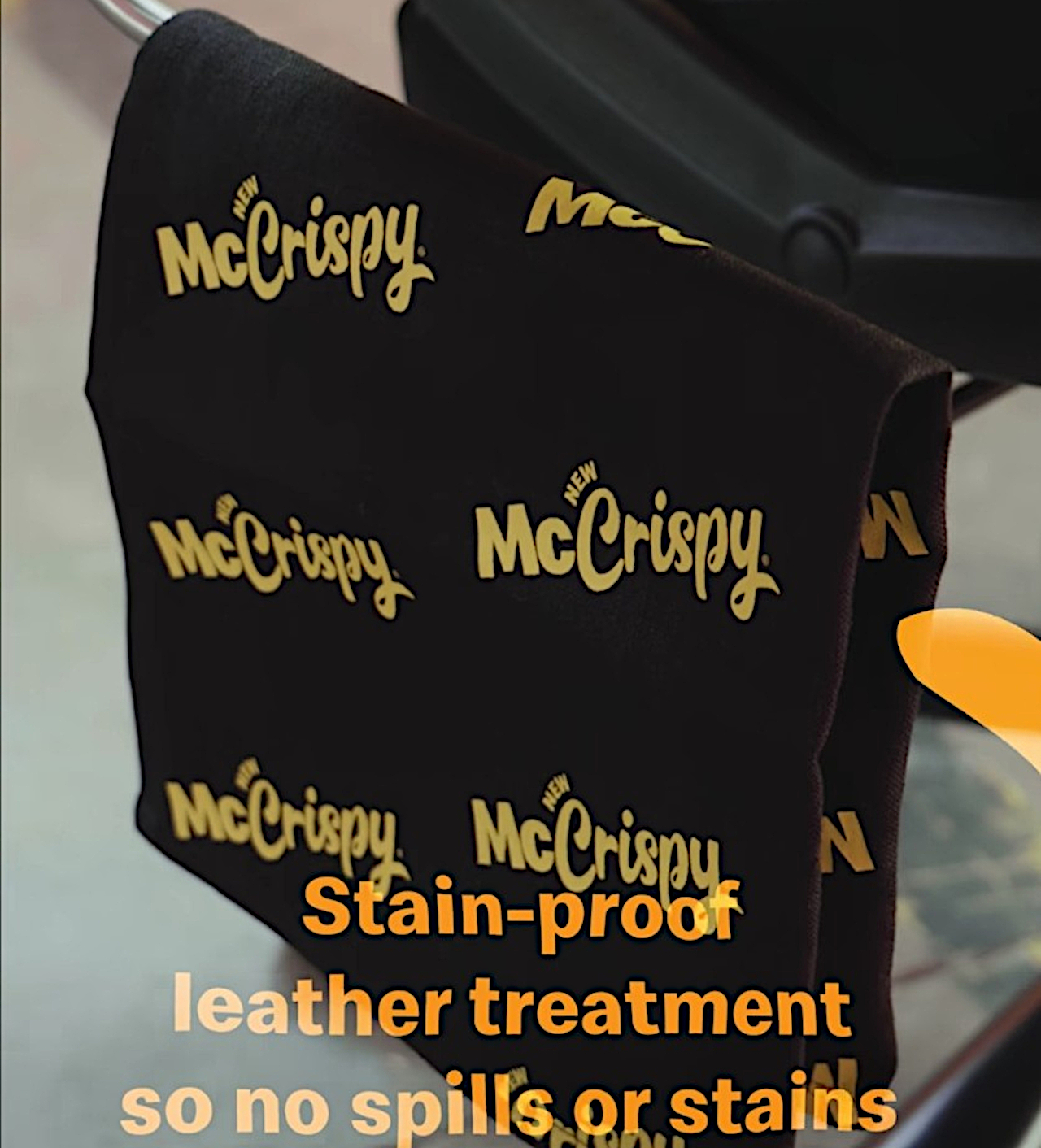 This is admittedly something that only a die-hard McDonald’s fan will probably want to grab, not that it’s available anywhere else except through a raffle. The chair is full of McCrispy branding with a gold and black motif that’s not exactly that appealing to many people. Then again, it could have been worse since the brand’s official colors are gold and red. 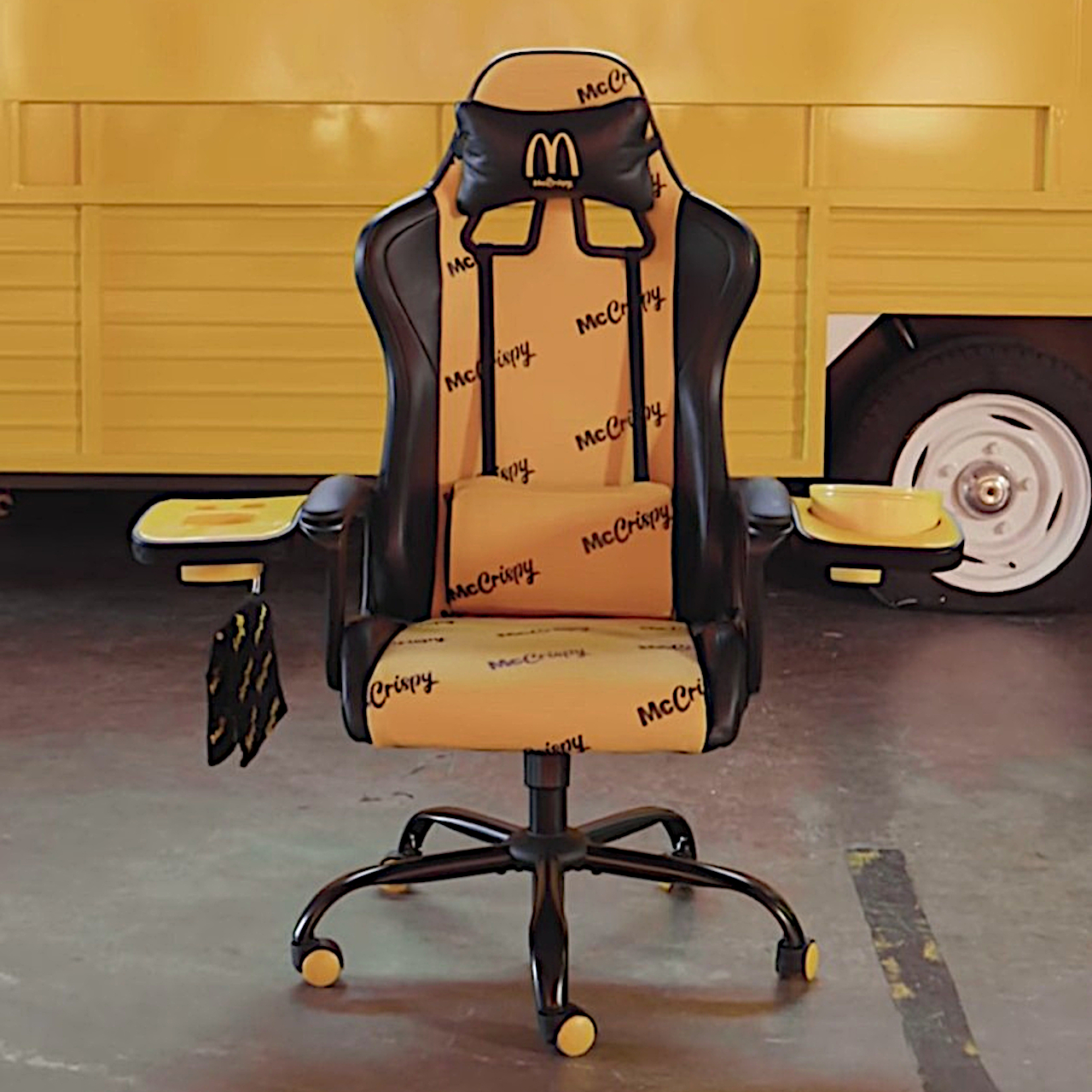 The Pod is a large privacy chair for breakout areas in offices or residential projects. Pod is an environmental alternative to large upholstered furniture. Most…

Rather than a statement piece, sofa designs have become a piece of comfort. Many of us (consider me guilty too) have surely ended up eating,…

Imagine if you could build your dream couch out of Lego-style cushions. That is essentially the design inspiration behind the Blok seating arrangement. With this…

So you’ve got this table, right? It’s got several levels separated and maybe even held up by these thin steel bars. The bars are different…