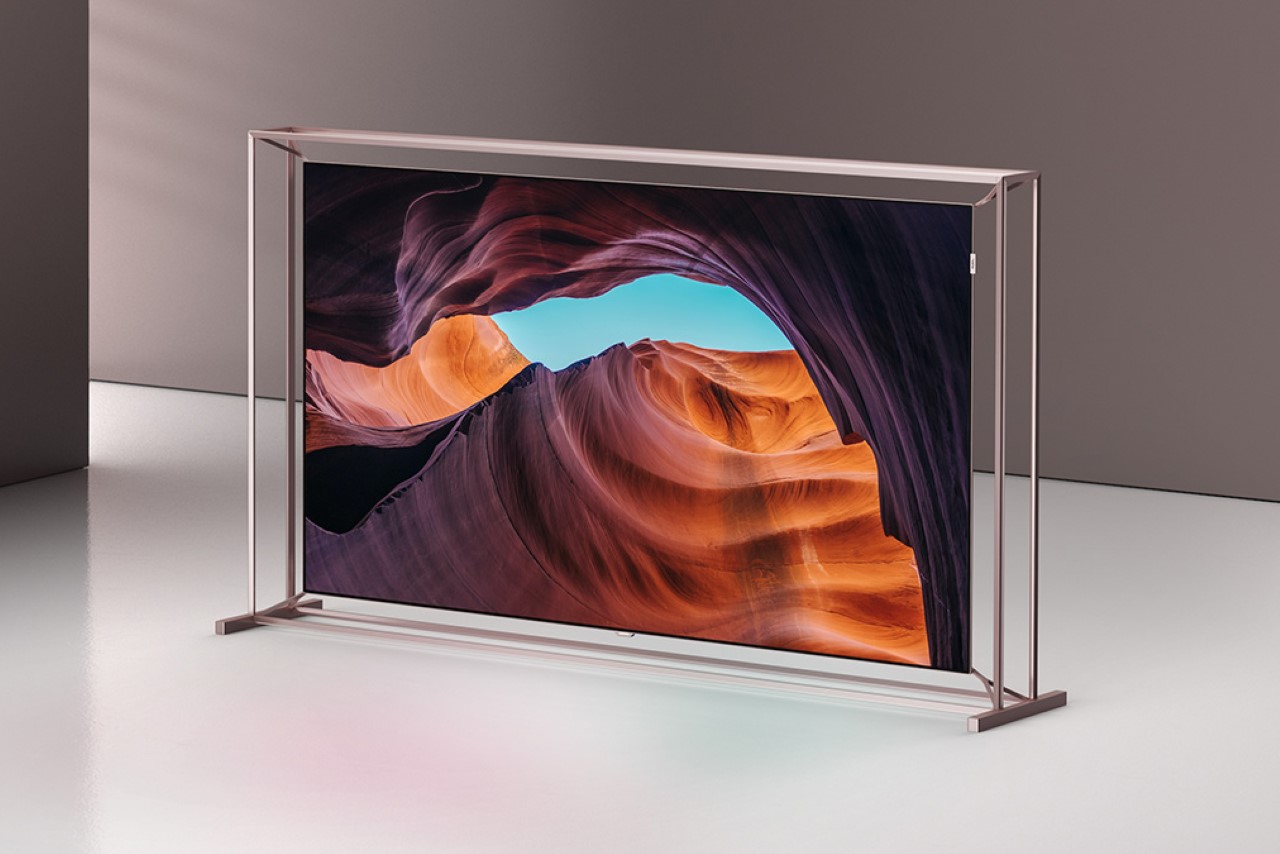 Designed as a proof of concept by Seoul-based Jei Design Works, the LG Display Showcase TV visually abstracts and caricatures the idea of a television having a large frame and bezels. Quite like the Samsung Serif TV‘s own personal take on the television ‘frame’, the LG Display Showcase does a wonderful job of reinterpreting the television archetype. The TV itself is an incredibly slim OLED panel with practically no bezels, and it sits in a stunning metallic skeletal frame that feels like looking at an old TV through an X-ray machine. The frame is large yet visually weightless, adding drama without adding volume. In a world where companies are trying to build televisions thin enough to disappear into the wall, the LG Display Showcase unapologetically occupies space in a way that still doesn’t feel heavy. 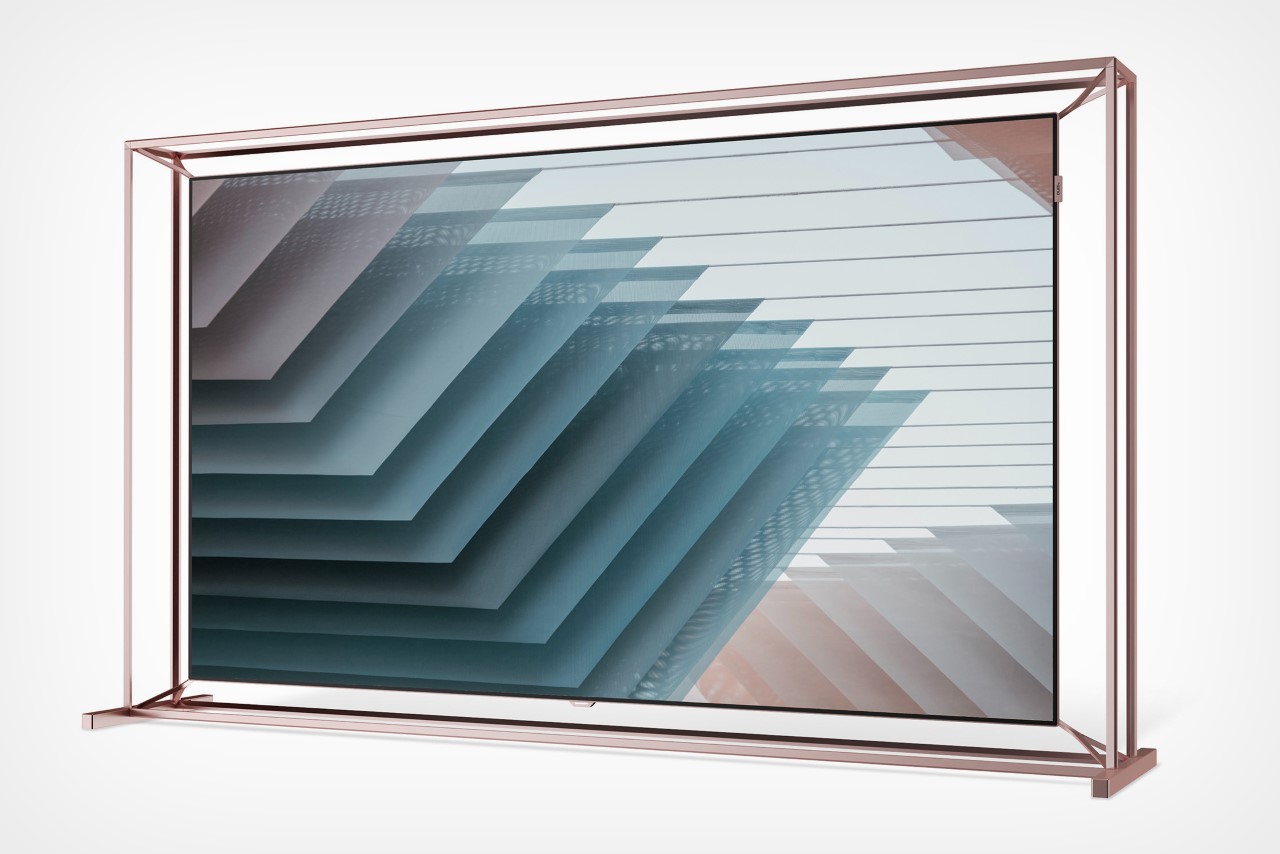 The beauty of the LG Display Showcase is truly that rose gold frame that surrounds the TV. It’s rare for a television’s bezel/frame to look more alluring than the panel itself (and an OLED panel no less), but the LG Display Showcase does it wonderfully, almost like the precious metal surrounding a gemstone. The purpose of Display Showcase, according to the designers at Jei Design Works, was to have a television that could look like a work of art, beautiful enough not for just homes, but also offices, galleries, and retail spaces. The frame’s design, to that very end, can be placed on console tables thanks to its feet, but it can also be mounted on walls or from ceilings using hooks that let you ‘hang’ the frame. 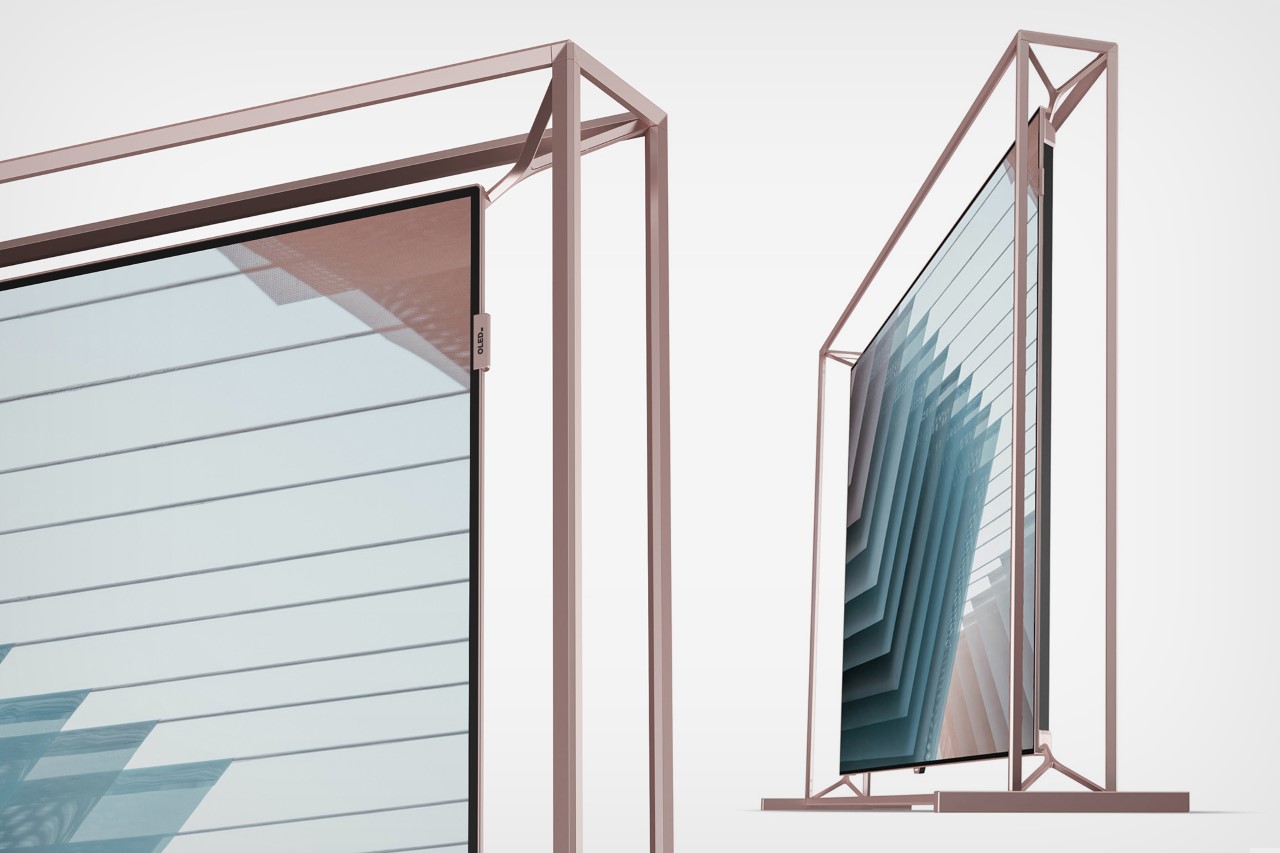 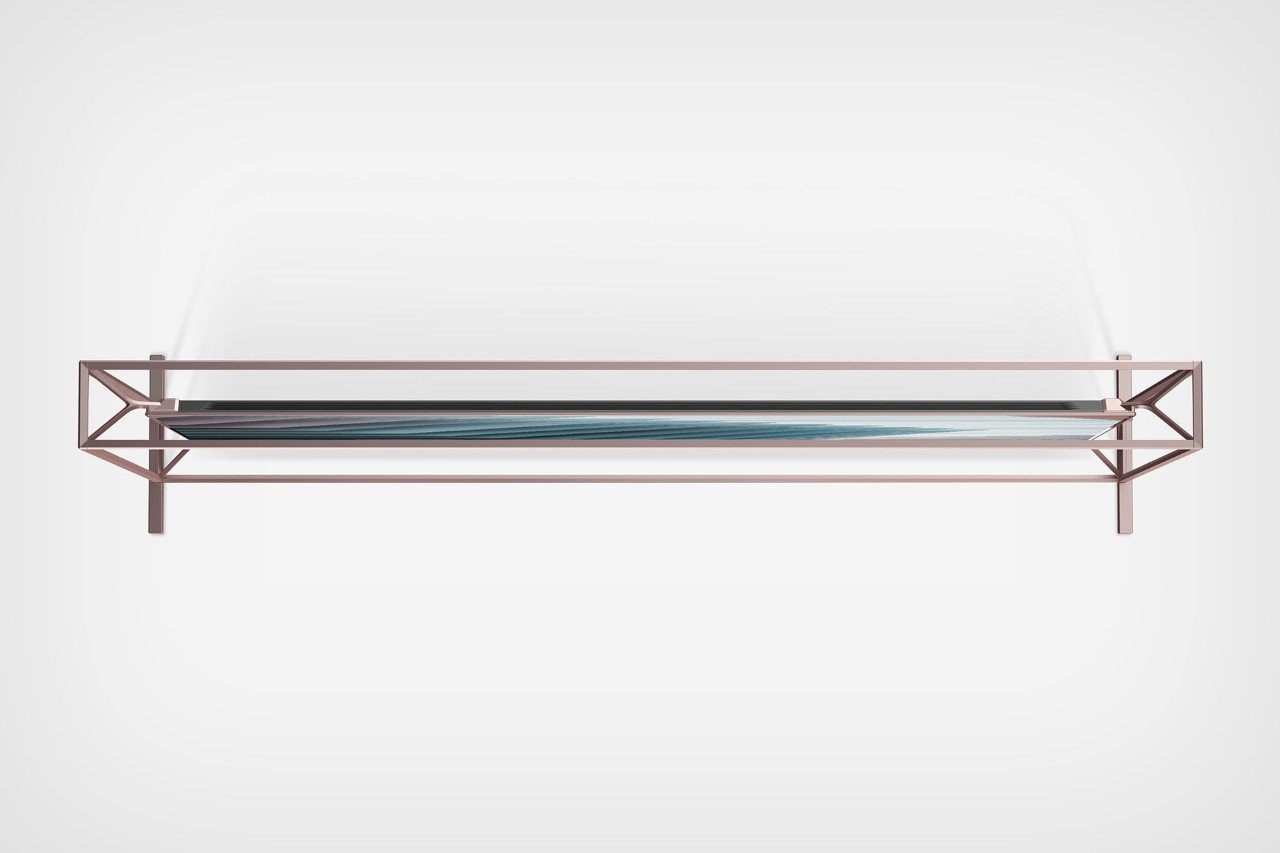 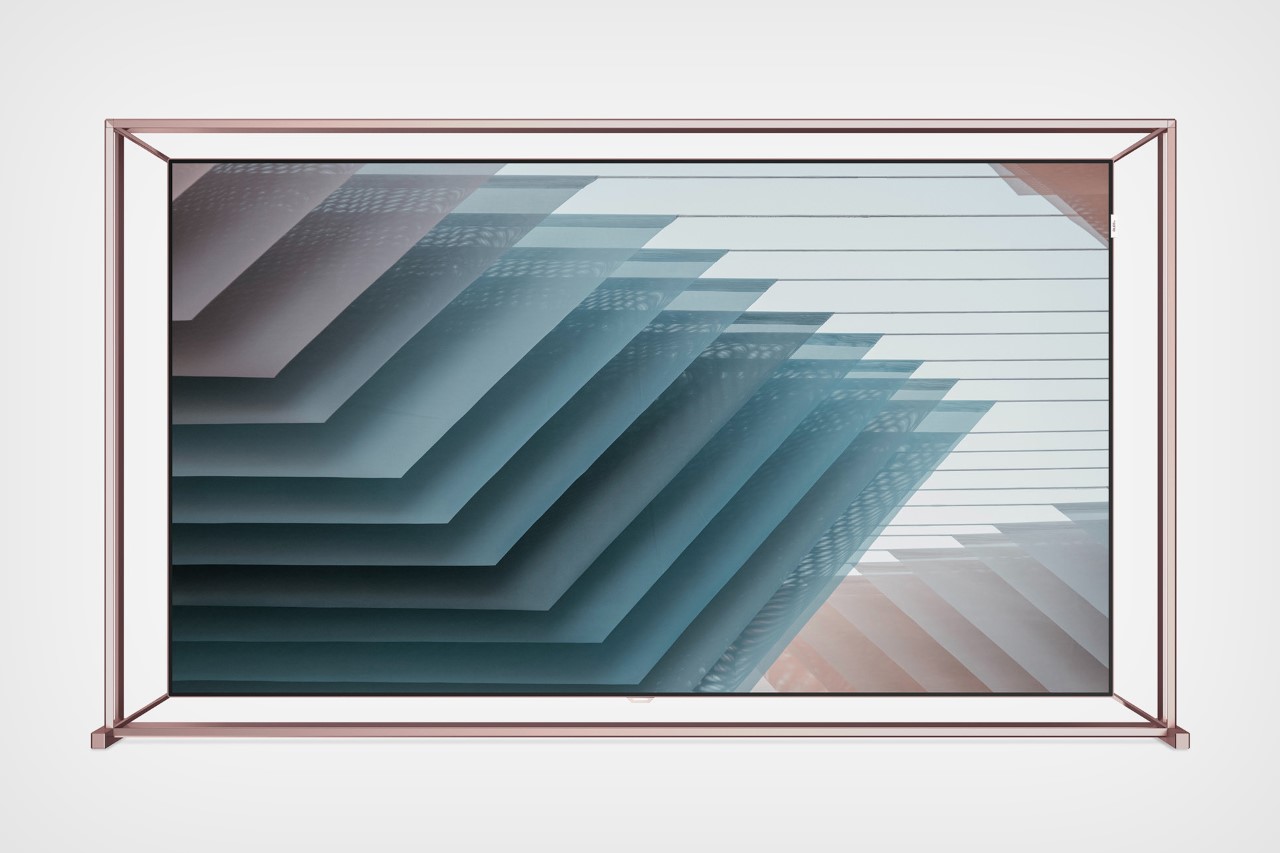 The visual lightness of the LG Display Showcase is enhanced by the fact that the display in its center literally has no discernible bezels. It sits well aligned within the rose gold outer skeleton, which also conveniently helps with cable management. 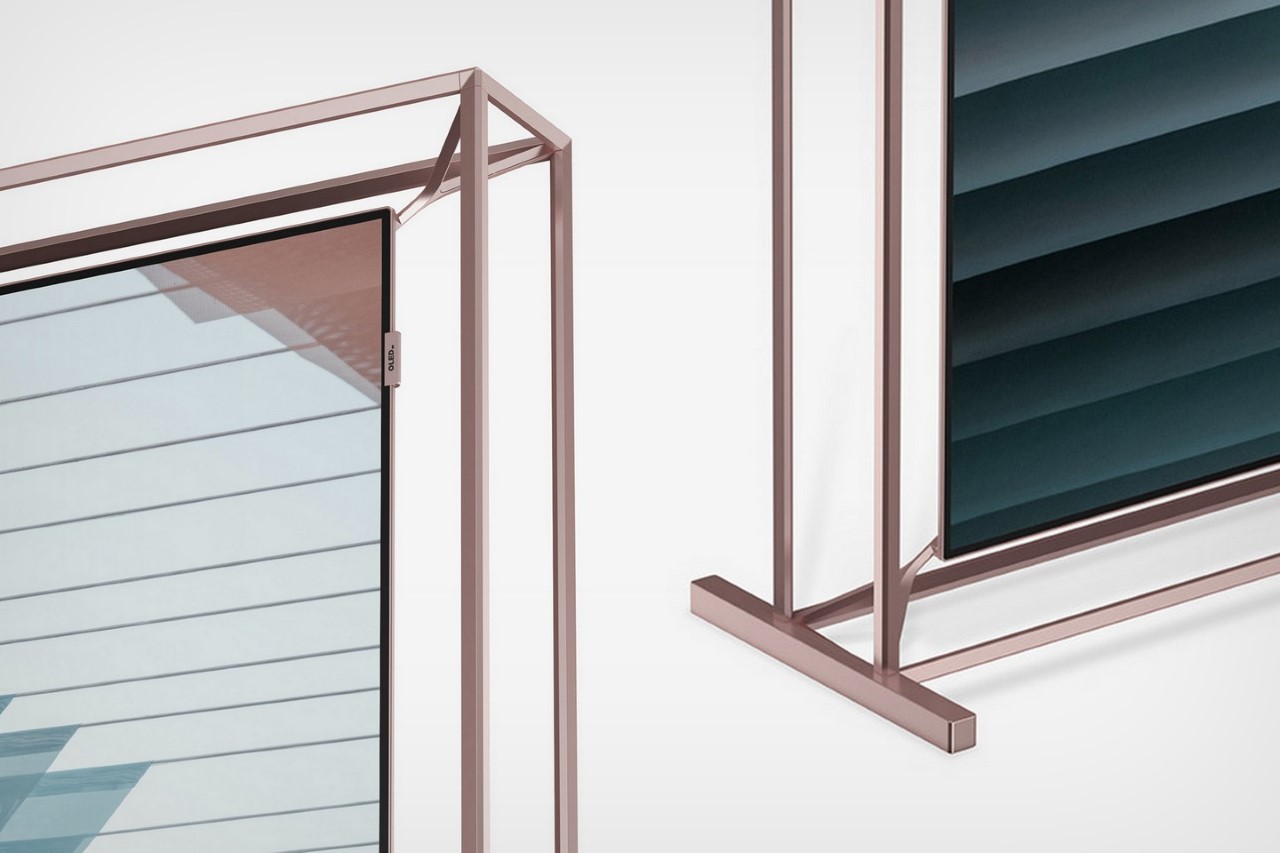 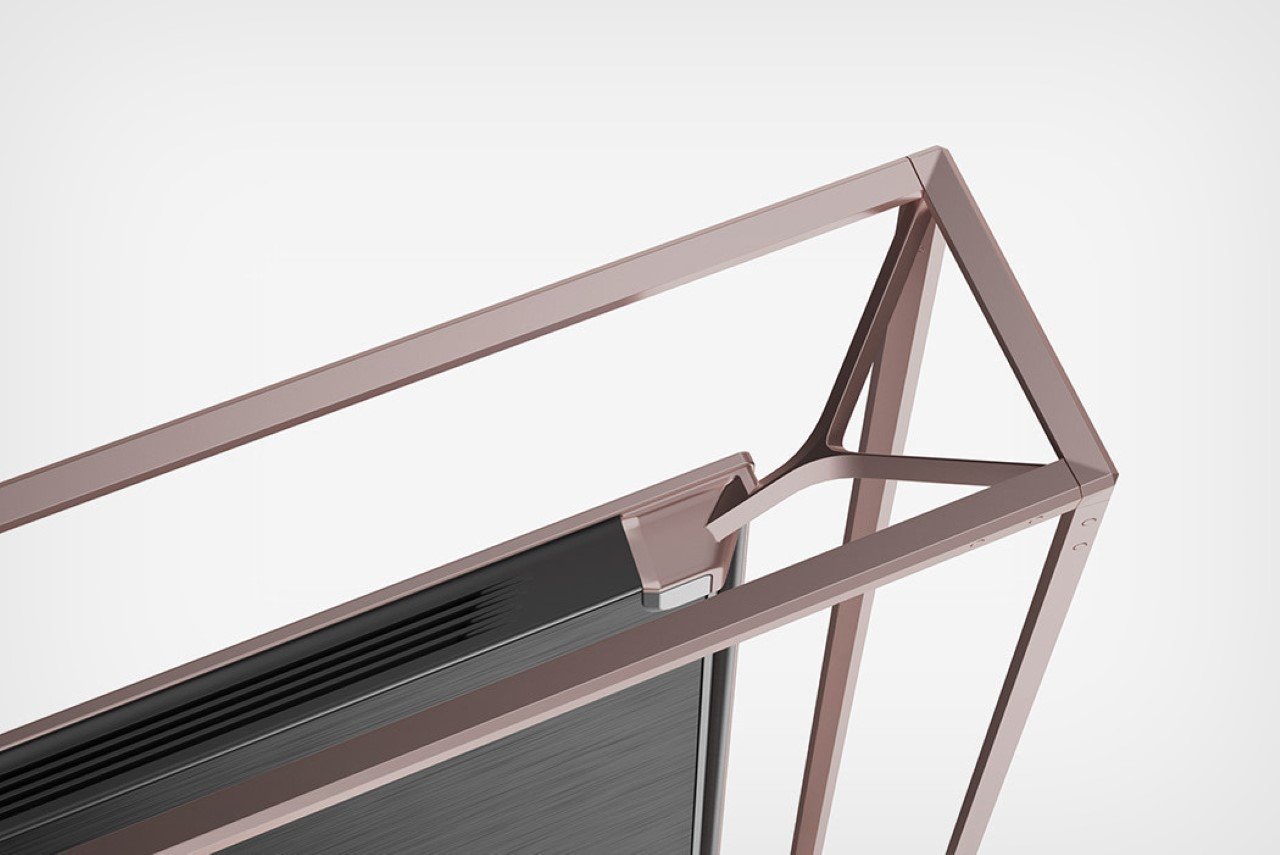 The TV, as thin as it is, houses a set of speakers on the top that help fill the room with audio. Given that the television is never placed completely against the wall means there’s always a chance that the audio will bounce around and get amplified a slight bit, although that’s purely based on my own gut feeling. 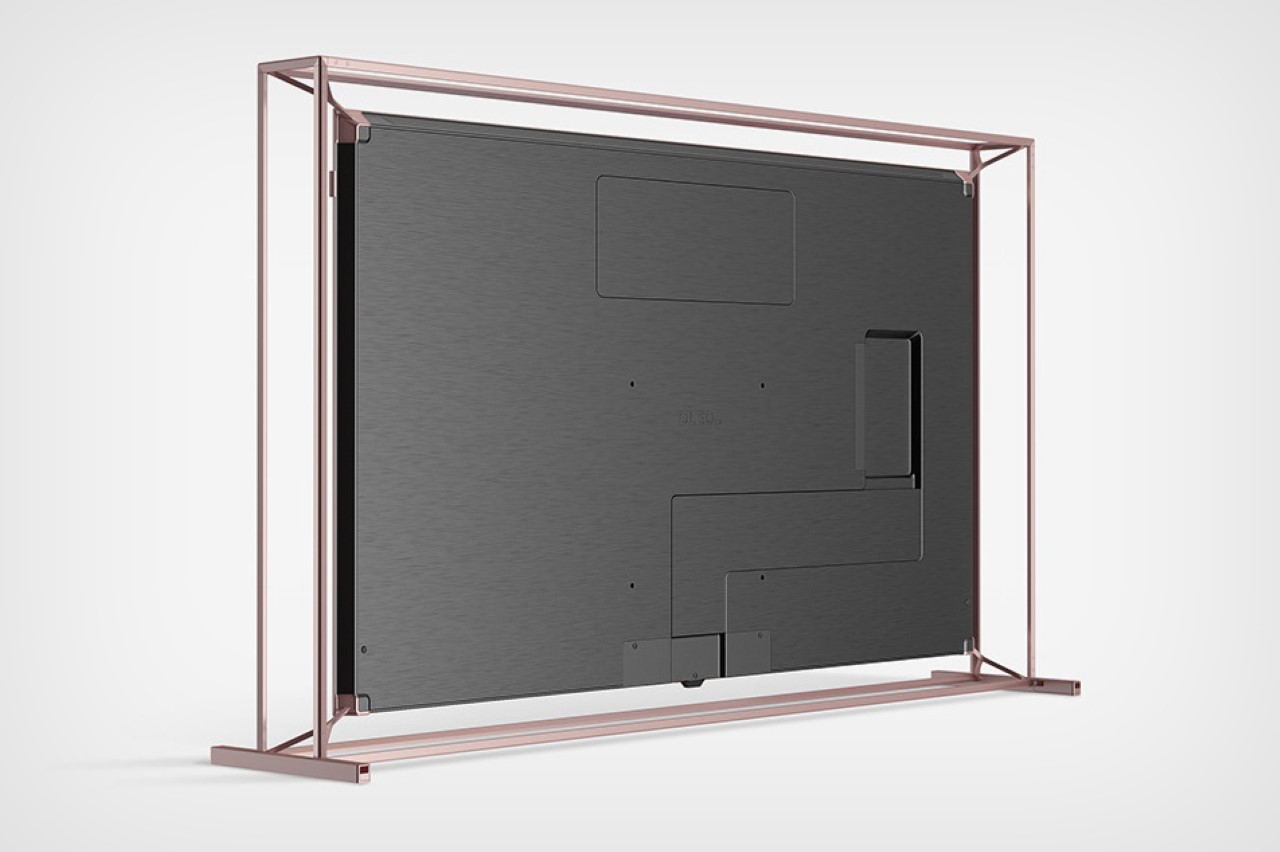 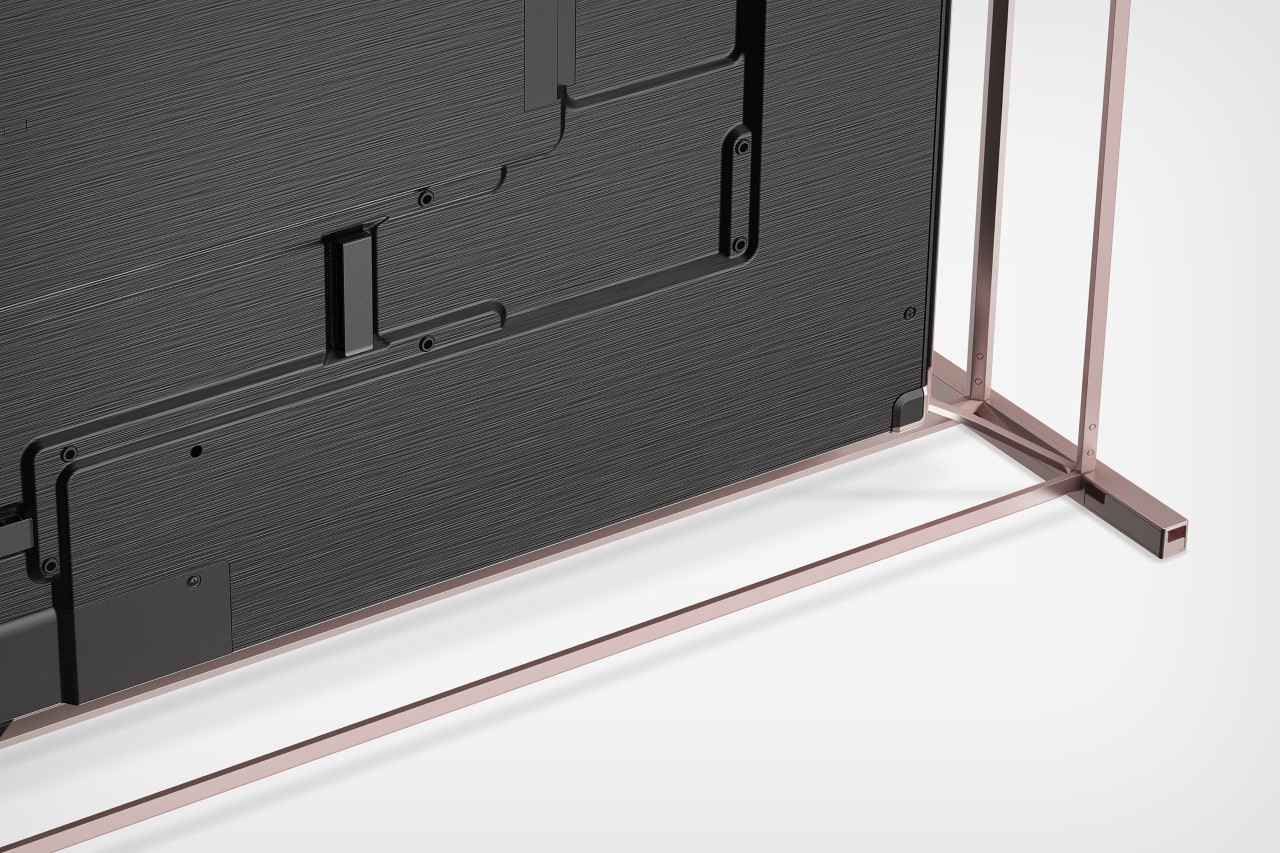 Ultimately, the LG Display Showcase is a stunningly minimalist OLED TV that really sits front and center in any kind of space. It takes terms like sleek and modern and reinterprets them differently, going for something more artistic than simply a paper-thin TV that sits flat against your living room wall. The LG Display Showcase’s unique frame design becomes its own mount, allowing it to sit on tabletops as well as hang on walls and from ceilings. The OLED TV has character but blends well into all sorts of decors, making it perfect for homes, offices, galleries, retail spaces, and experience centers. 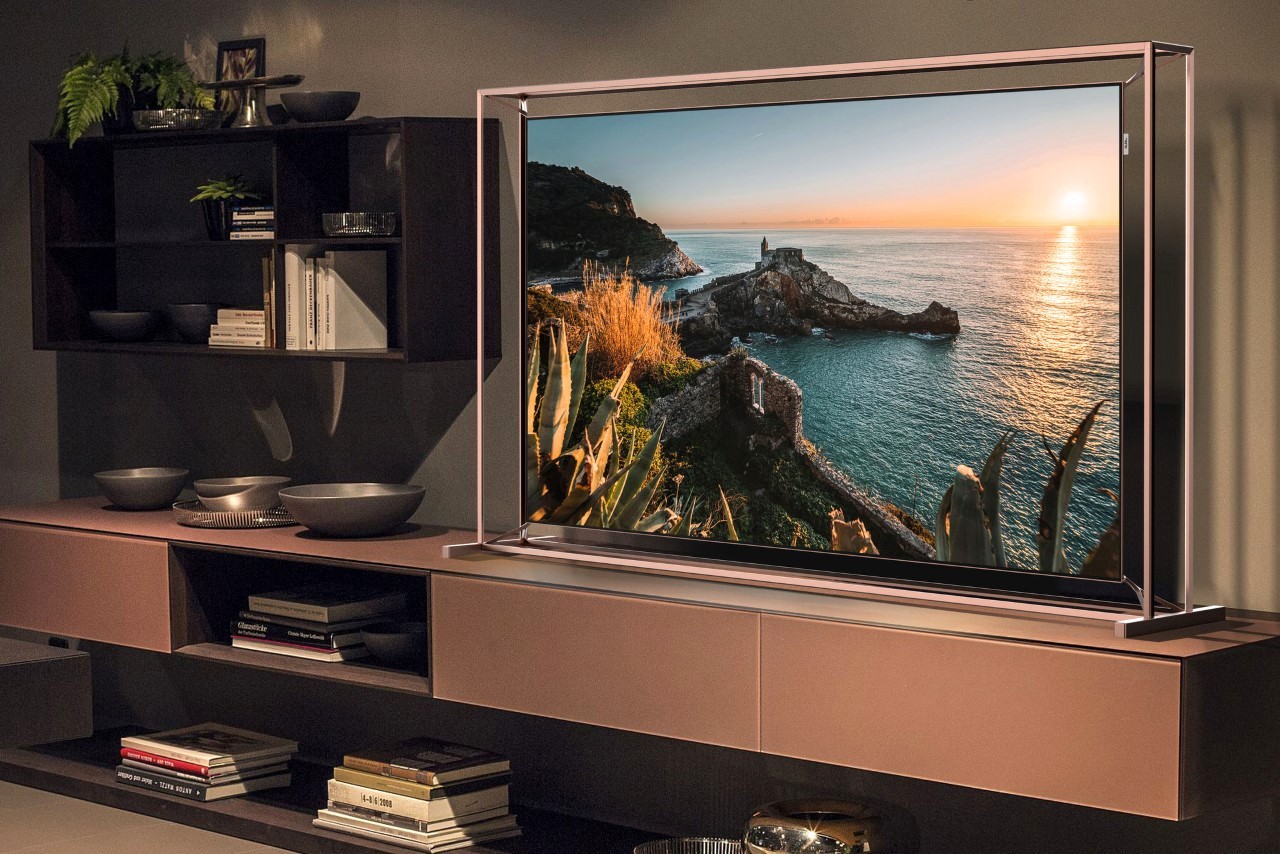 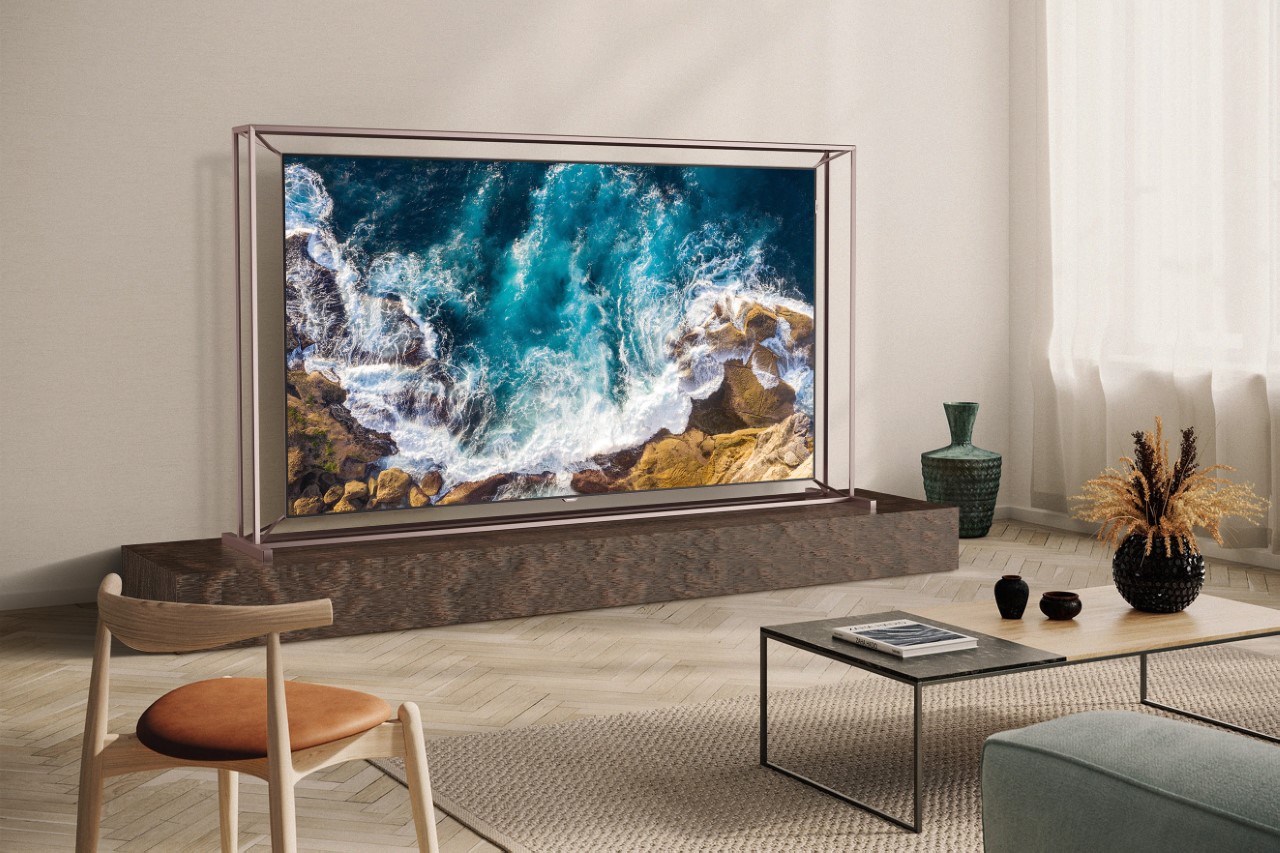 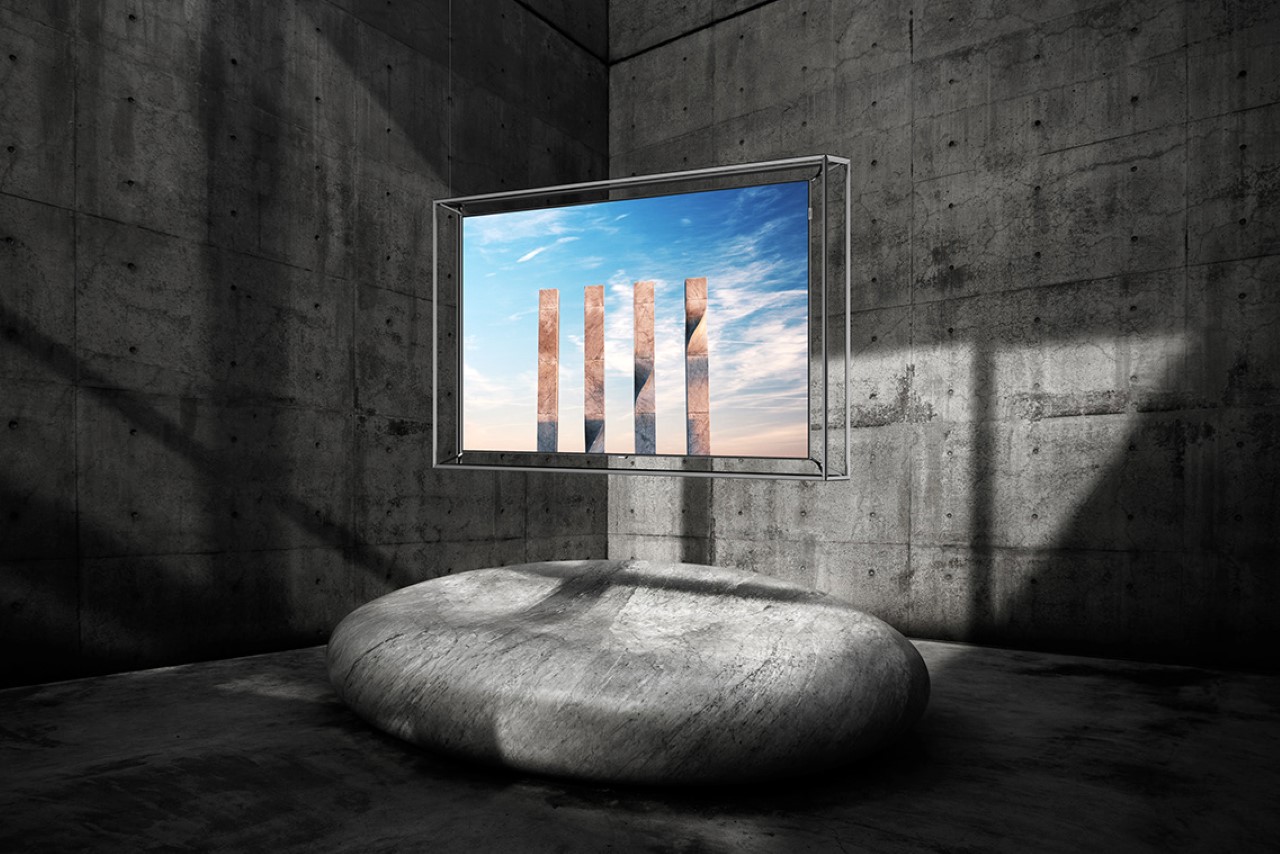 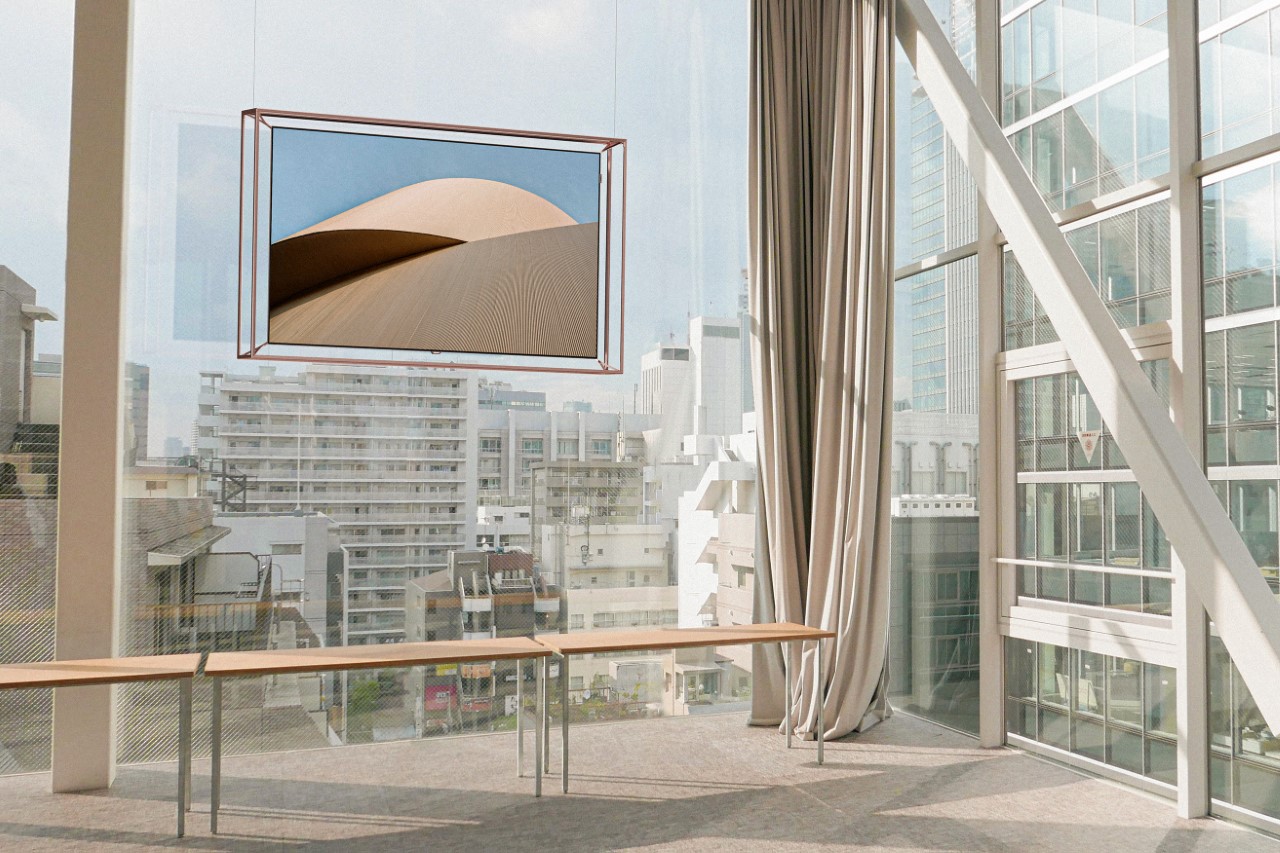 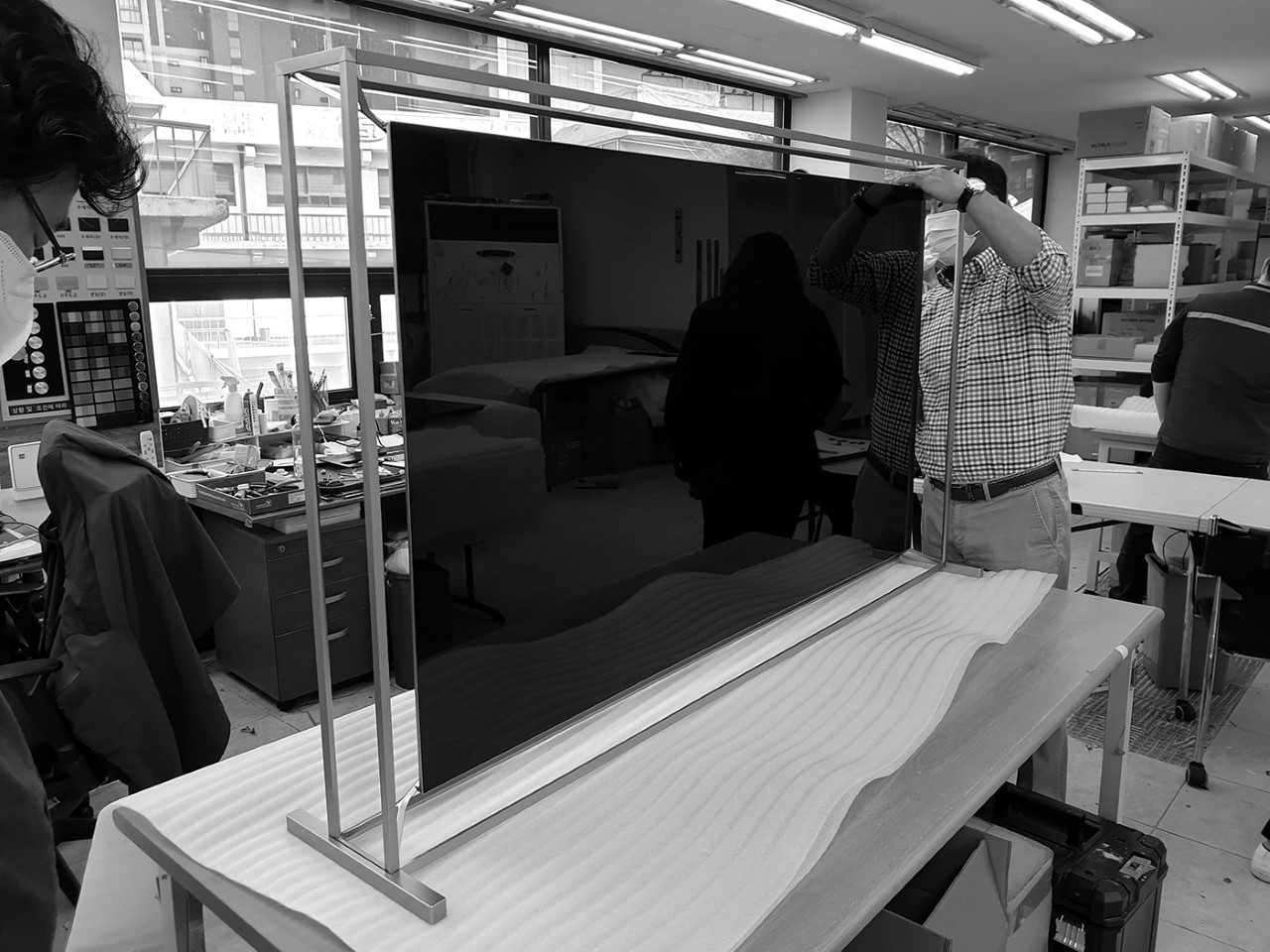 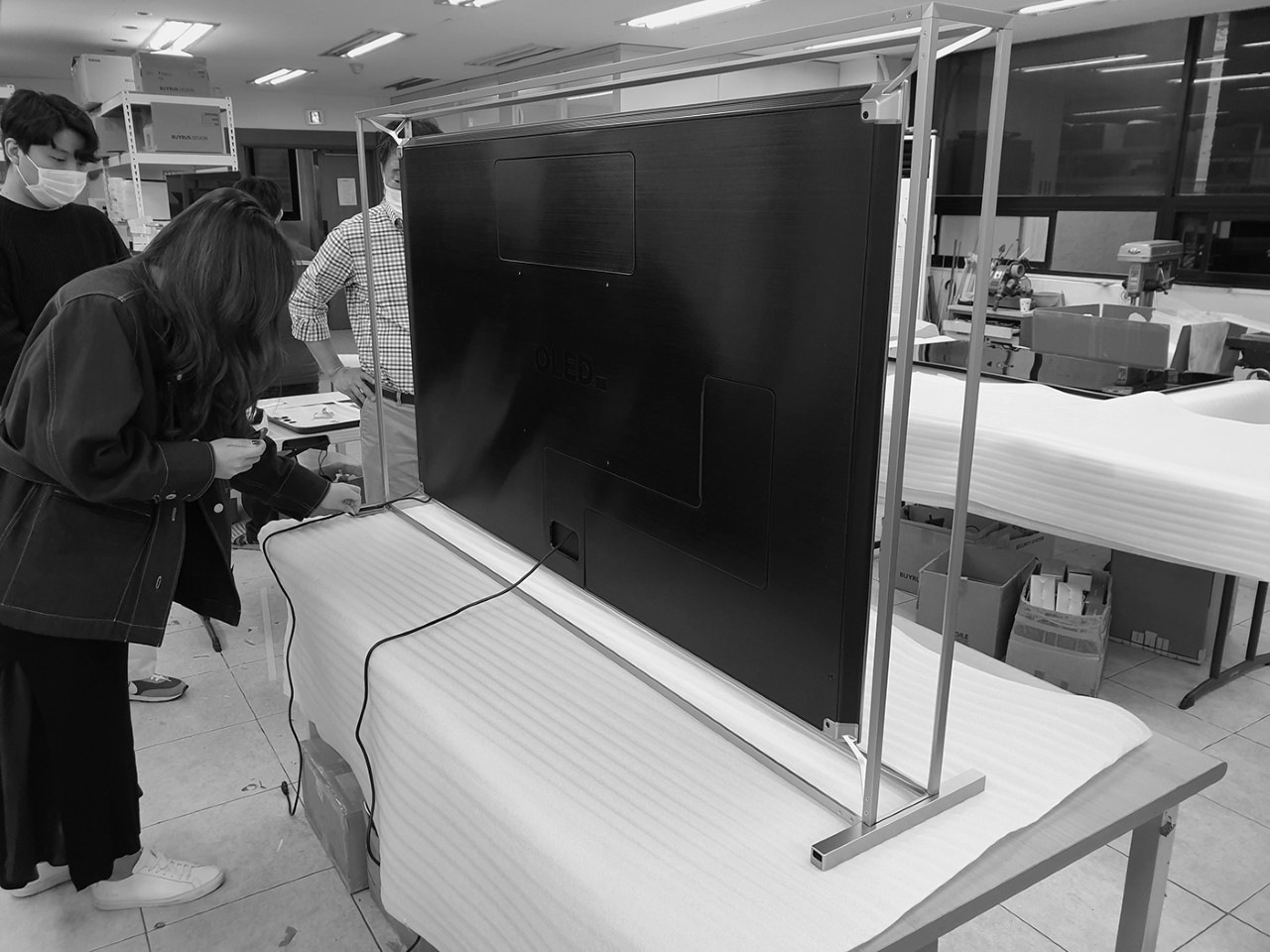 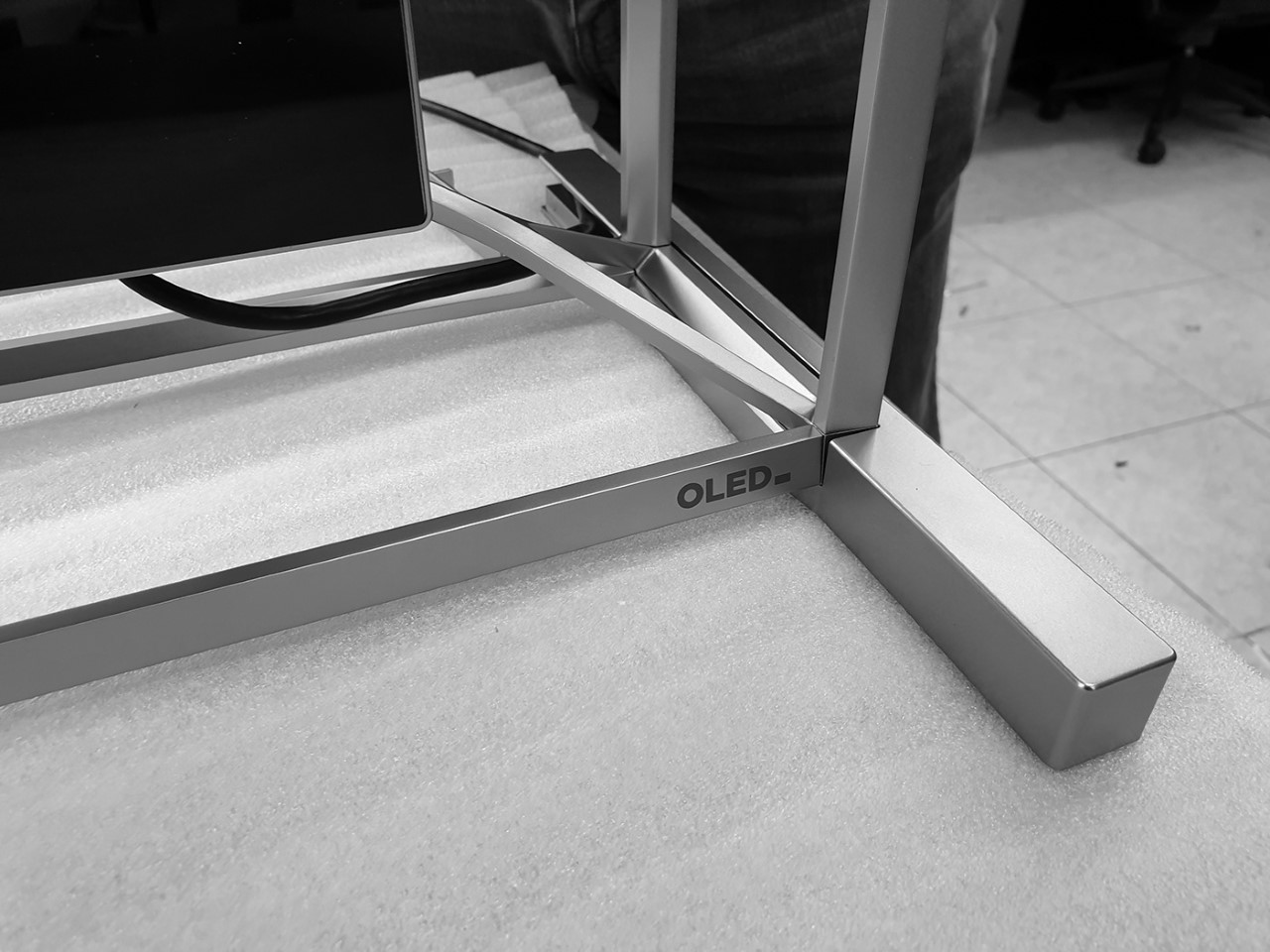 British design company Tom Dixon will reveal its new lighting and furniture range in Superstudio Piu during the Milan Design Week in April 2007. The…

Make you Feel on ‘Top’ of the World!

You probably think I’m going to make an Inception reference, but I’m not! Let’s move beyond stating the obvious and talk about the Foreverspin. Our…

As you can imagine, we here at Yanko Design see just about every type of design the creative mind can conjure. Most of us were…

I don’t always generate stories to connect my life to the products I talk about on Yanko. They’re all life experiences and stories, and this…