Rollable TVs try to get out of your way when you don’t need them, but this TV really wants to make its presence felt no matter what.

TVs are undergoing a shift, one that’s possibly much more significant than curved screens. Once simply seen as entertainment hardware, TVs are turning into decorative pieces or, in some cases, becoming invisible. The rollable TVs that LG is pushing are designed to be out of sight in their dormant state, but some manufacturers, including LG and Samsung, are turning them into furniture that could also be used as decor to liven up a room. This has opened a new avenue for TV manufacturers to explore and differentiate, and one, in particular, seems to be taking that potential to the extreme with a huge television set that folds down into some semblance of an art piece designed to call everyone’s attention. 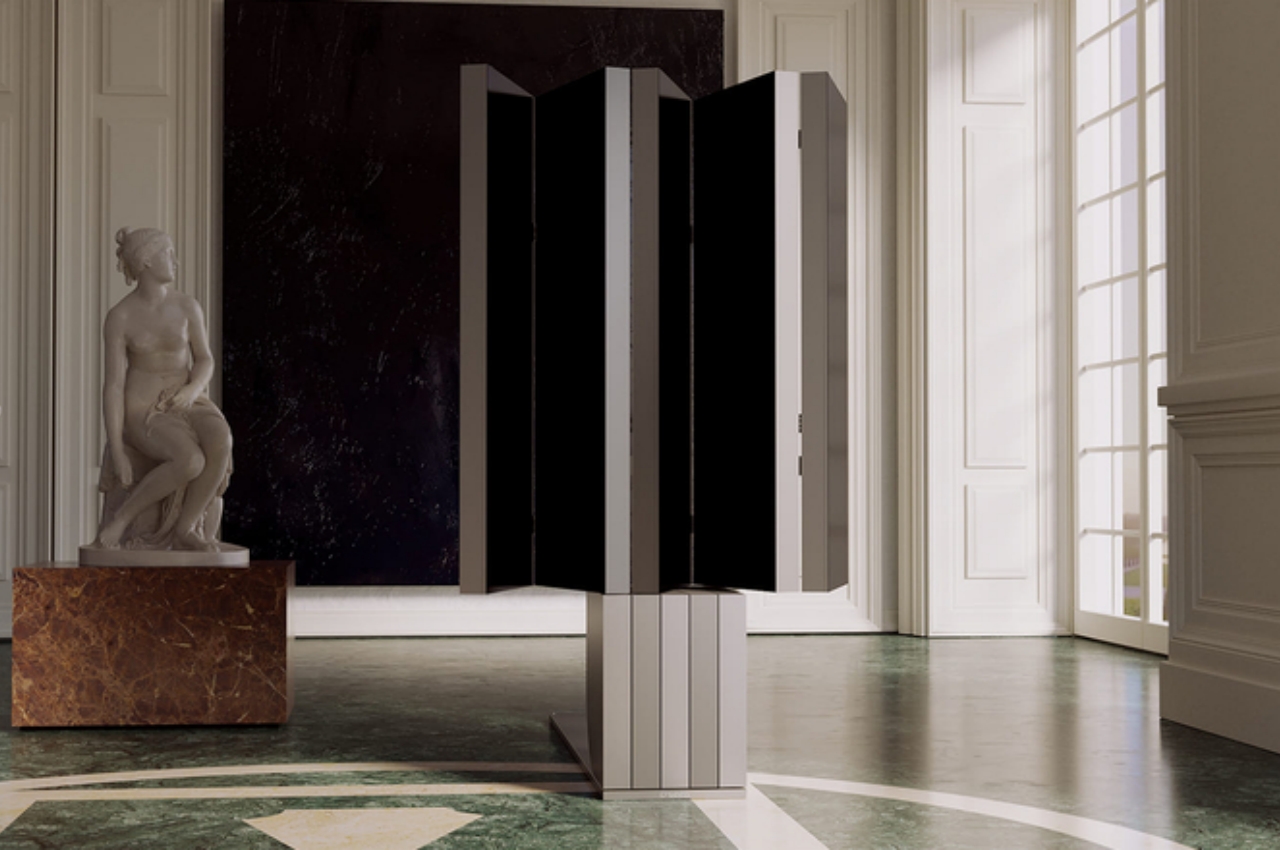 No, this isn’t a foldable TV in the sense of a foldable phone like a Samsung Galaxy Z Fold 3. While the display does collapse and expand like an accordion, the C SEED N1 is actually made up of five distinct panels that together form a single picture. Whether you’ll be able to make out the seams while watching TV will probably depend on your proximity to the screen, but the cutting-edge 4K MicroLED display promises to offer enough distractions for you to even notice those lines. The TV comes in size options of 103, 137, and 165 inches, ensuring that the C SEED N1 is really the center of attraction when it’s in use. 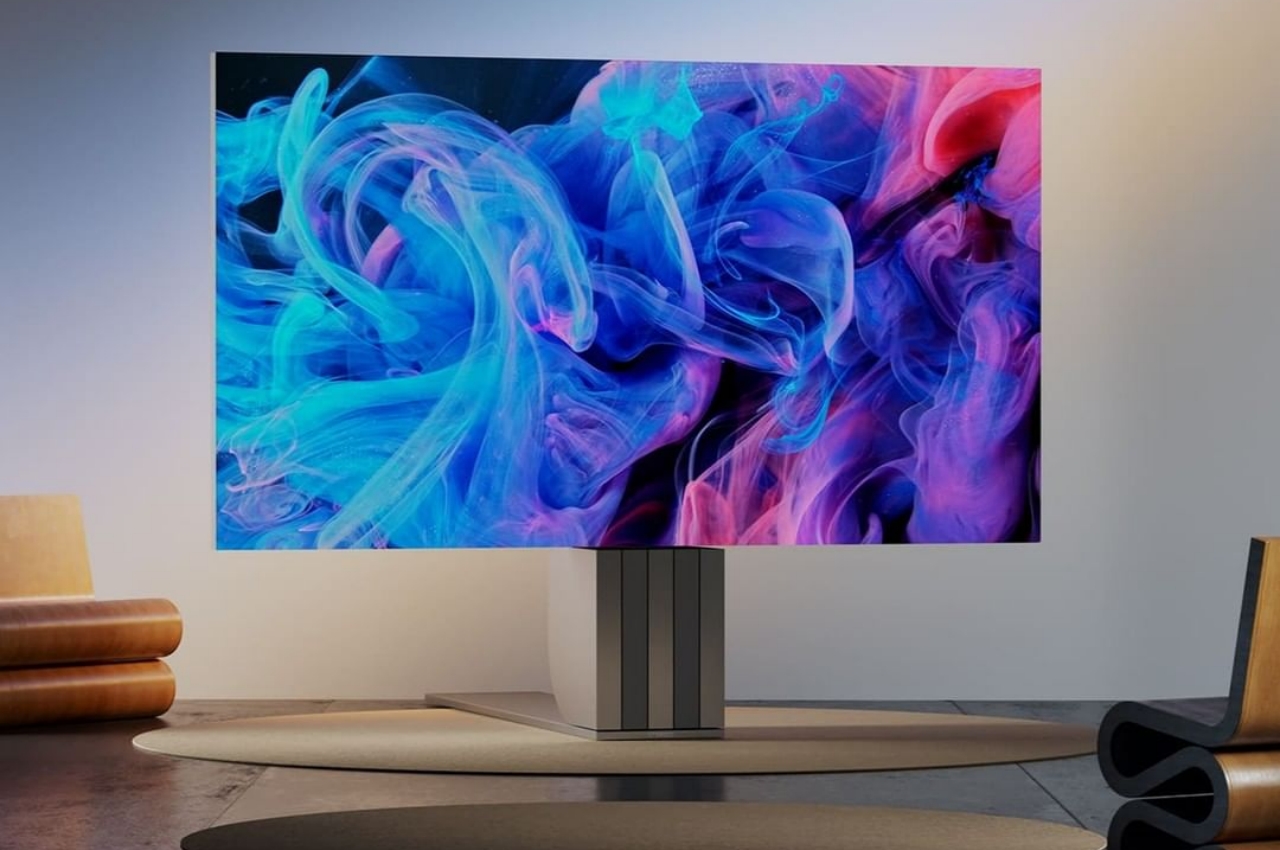 It remains a visual focal point, however, even when it isn’t in active use and folded down. After the screen collapses on itself, the TV slowly lowers itself down, pivoting on its stand to form a long metallic structure reminiscent of a bench. You wouldn’t want to sit on it, of course, even though it’s made from aerospace-grade aluminum. 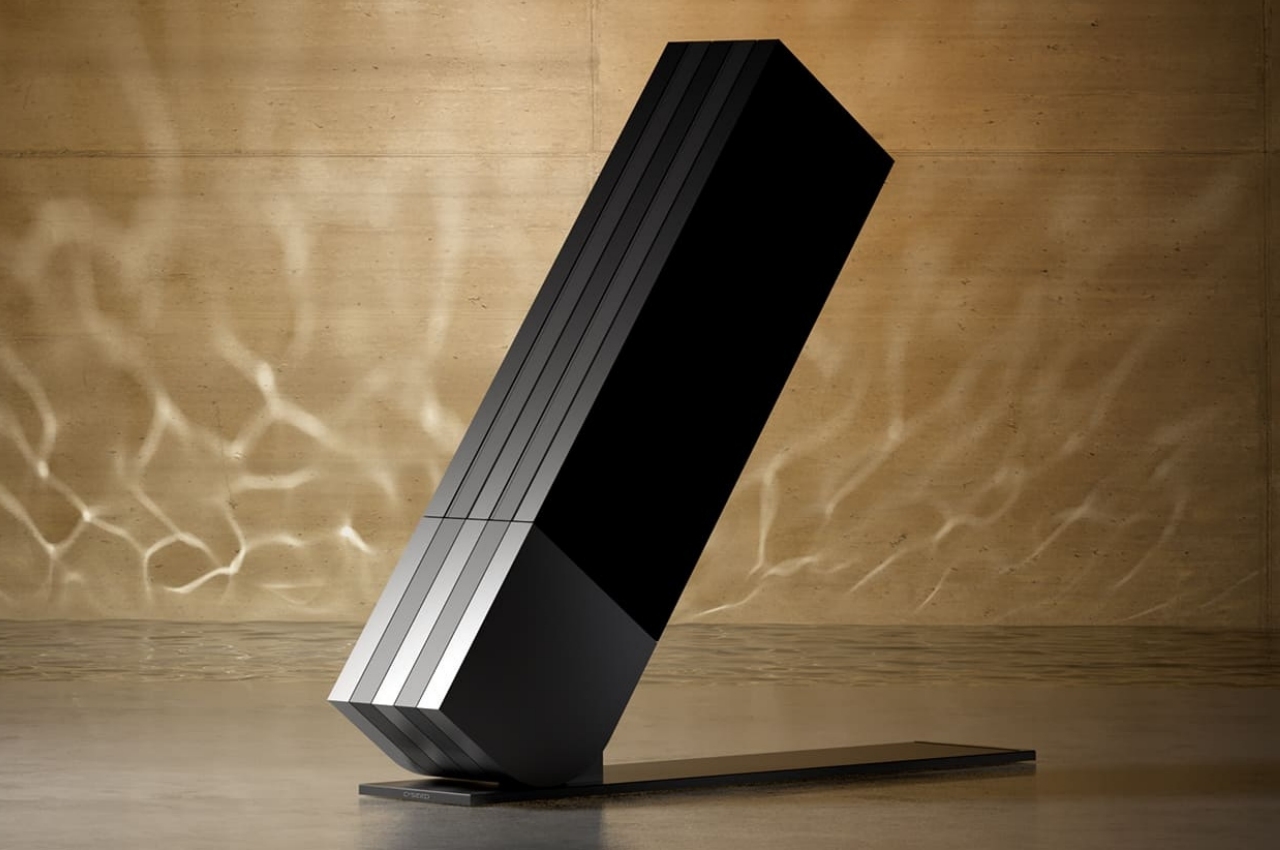 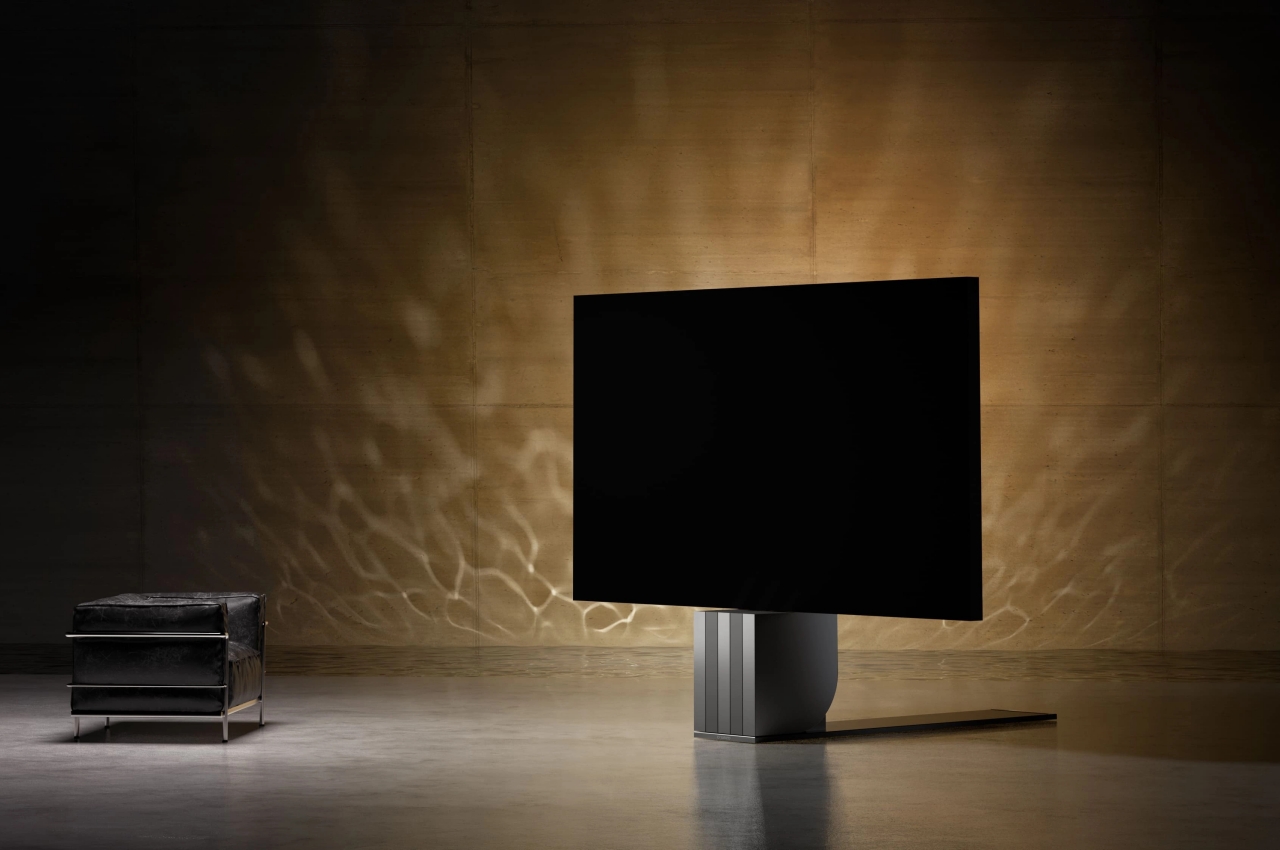 Some might take issue with how the TV manufacturer describes the TV’s folded form as having sculptural quality, but there’s no argument that it definitely looks stylish in that state. That said, the C SEED N1 isn’t just a form of art in its passive form but also has an element of kinetic art whenever it switches from art piece to entertainment system. The TV’s slow yet smooth movement almost seems to defy the laws of physics, given the weight and stiffness of its body. 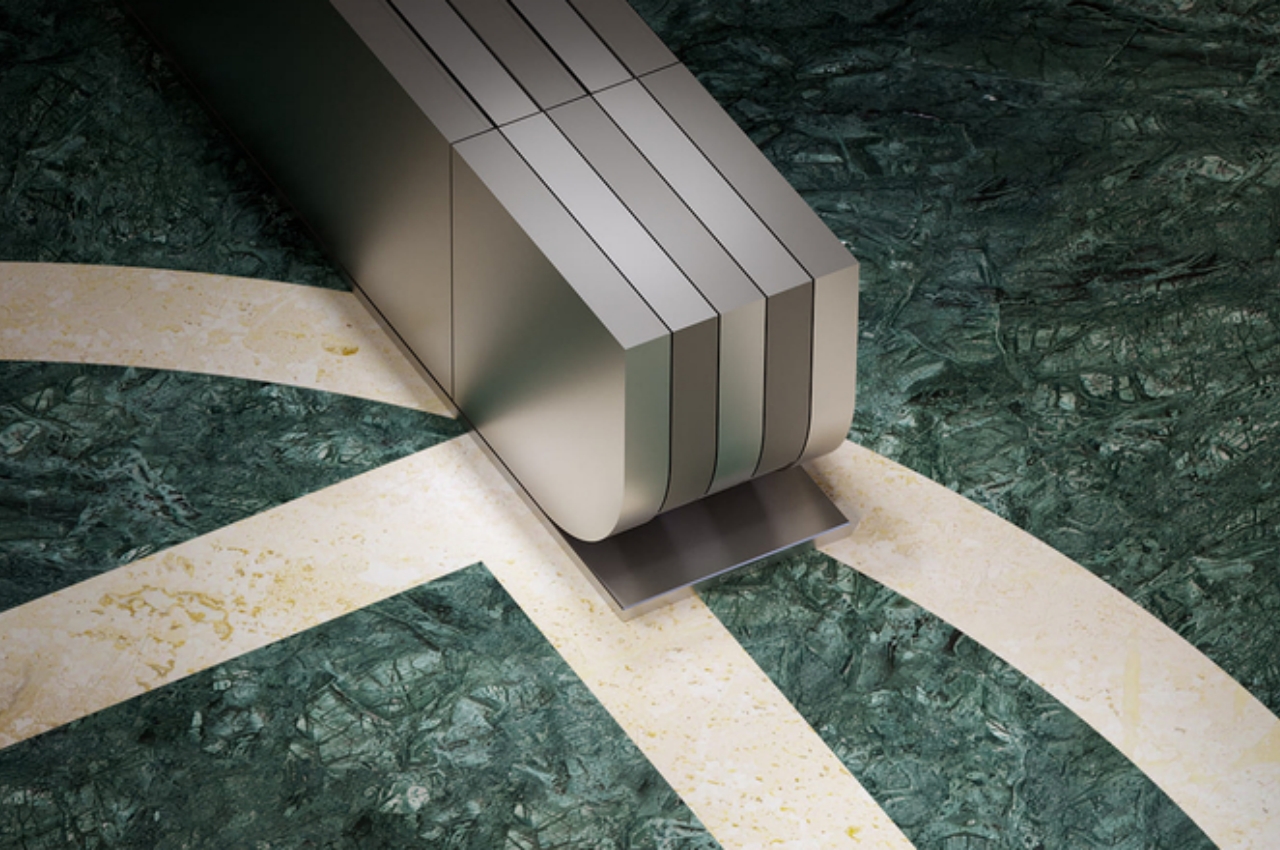 The C SEED N1 does take up a lot of space, whether it’s folded down or standing up, thanks to that metal base. It can rotate 180 degrees left or right, though, so there’s some flexibility available when it comes to setting it up in a room. The biggest dealbreaker will, of course, be the price. For something as avant-garde as this, you can’t really expect this to be anything but expensive, and the $190,000 starting price is a testament to that. 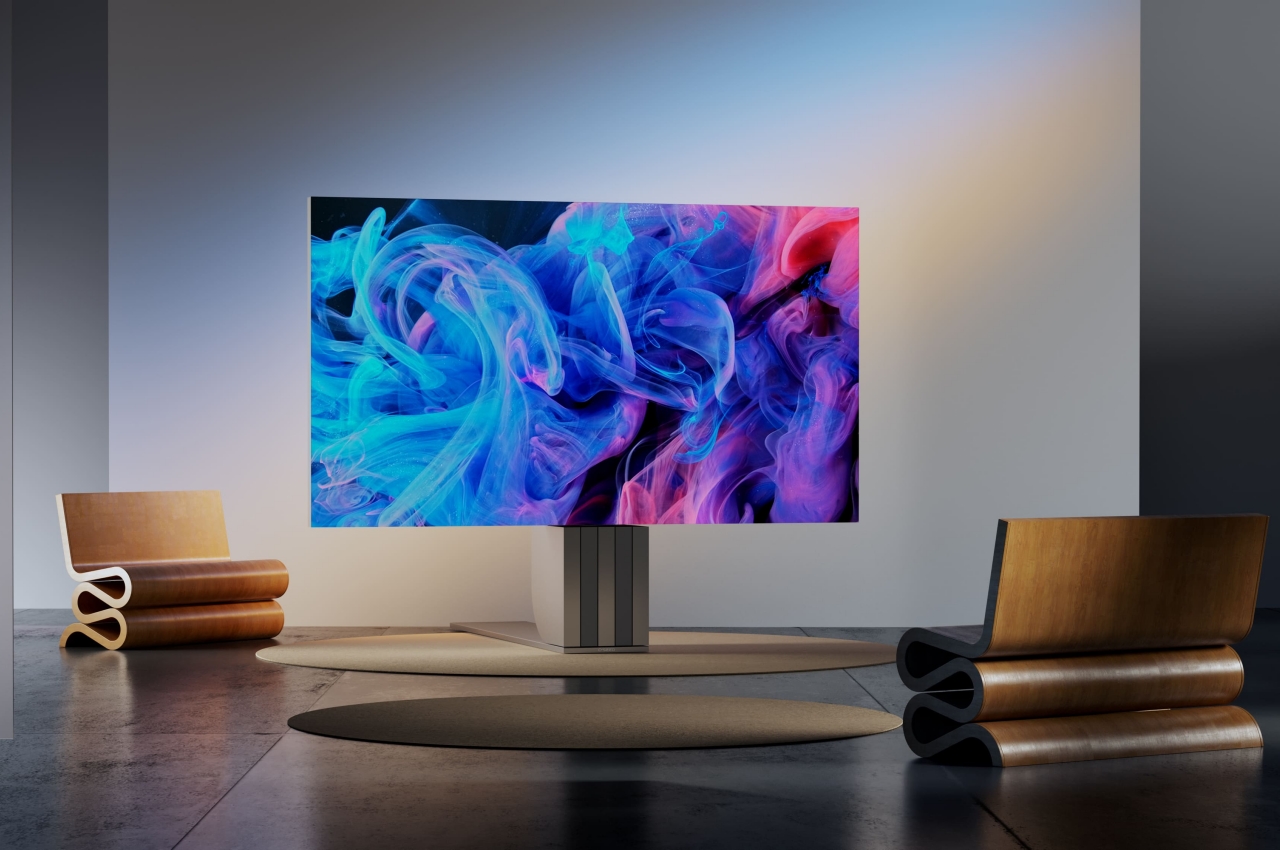 There aren’t many engines that have had quite the illustrious career that the W16 has had. Debuted with the Bugatti Veyron in 2005 (that’s a…

This innovative clock uses actual quotes from literature to tell the time!

https://www.kickstarter.com/projects/1195310640/author-clock-a-novel-way-to-tell-time The Author Clock doesn’t just tell the time, it tells a story too. Putting a wonderfully creative spin on the time-telling experience, the Author…

Pressing Out The Bacteria And Grime

Lupe is this innovative iron which can cut down the 3 steps of doing laundry into 1. The 3 steps being: washing, drying and ironing….

The first multisensory VR mask to bring smell, mist, vibrations into the picture!

I’ll give the guys at Feelreal a pass because the VR market is only growing, so we may have to wait a decent amount of…