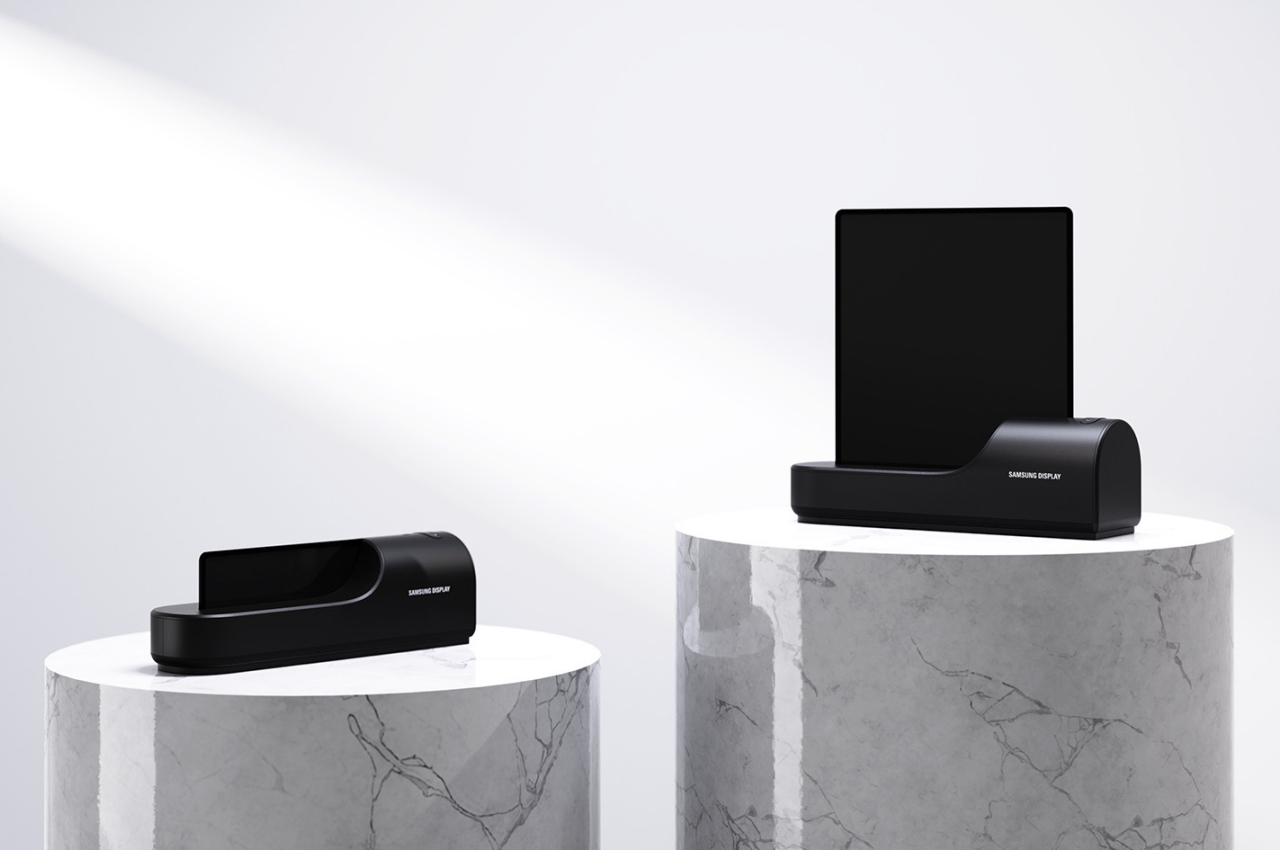 If you are putting a rollable screen device in your home, you might as well pick one that really stands out even when not in use.

Given how much they’ve been popping up in exhibits and trade shows, it’s probably inevitable that the next trend in home electronics would be rollable TVs and displays. It is, after all, one way to save space without sacrificing the benefits of traditional panels the way home projectors do. It’s also a great bragging right for owning an advanced piece of technology and an effective conversation starter at parties. Not everyone, however, might want a full-blown giant rollable panel, and there will be a market for things that sit in-between rollable TV and a rollable phone or tablet. These devices could take the place of speakers, video phones, and even clocks around the house, and they don’t have to stop working even when they’re rolled down, like how most rollable TVs would. 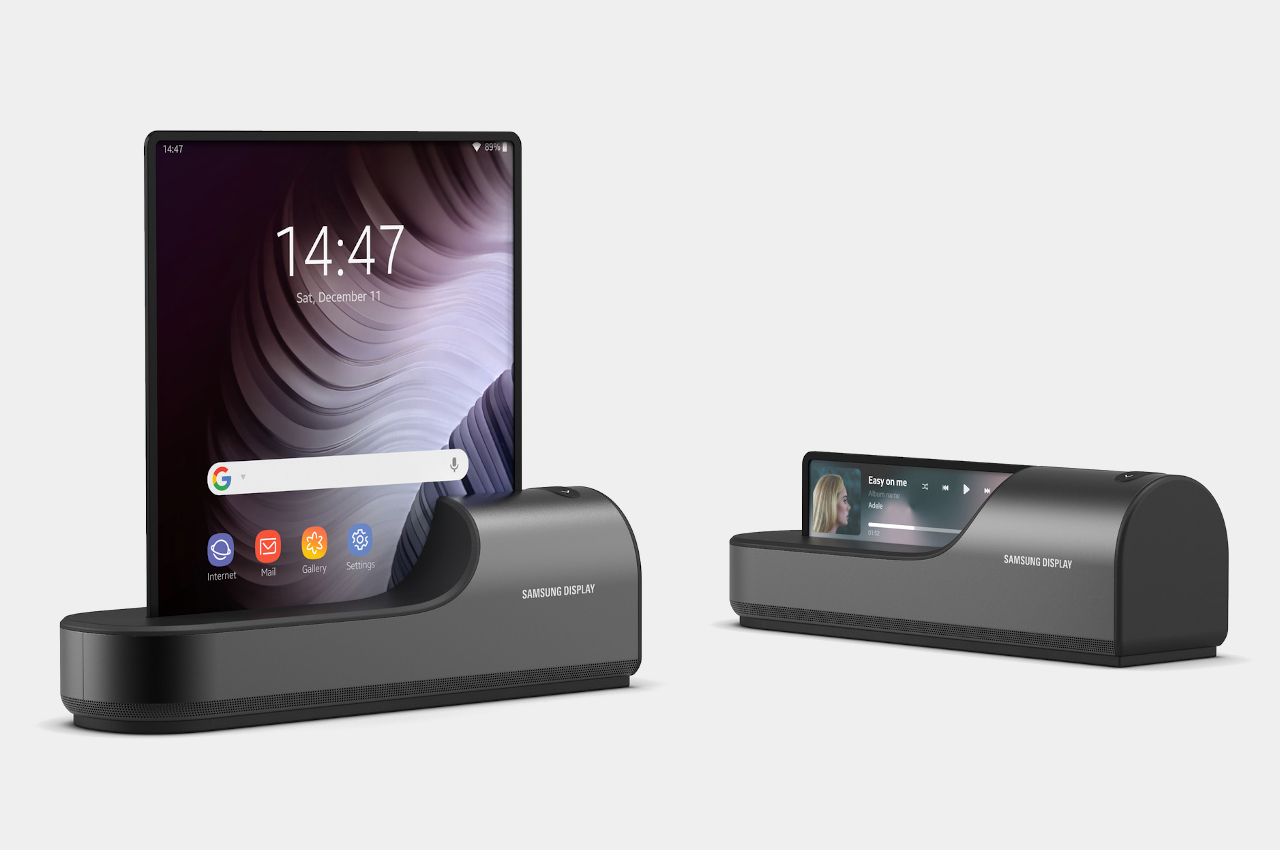 Like any new technology being marketed to consumers, often at very high prices, there are many questions about the purpose and place of such fancy new devices in our lives. Outside of the cool factor, rollable TVs would allow homeowners to save up on space or remove the TV from sight while not using it. One problem with these rollable screens, at least the first-generation designs, is that they are completely out of sight when rolled inside, making them completely useless in that dormant state. 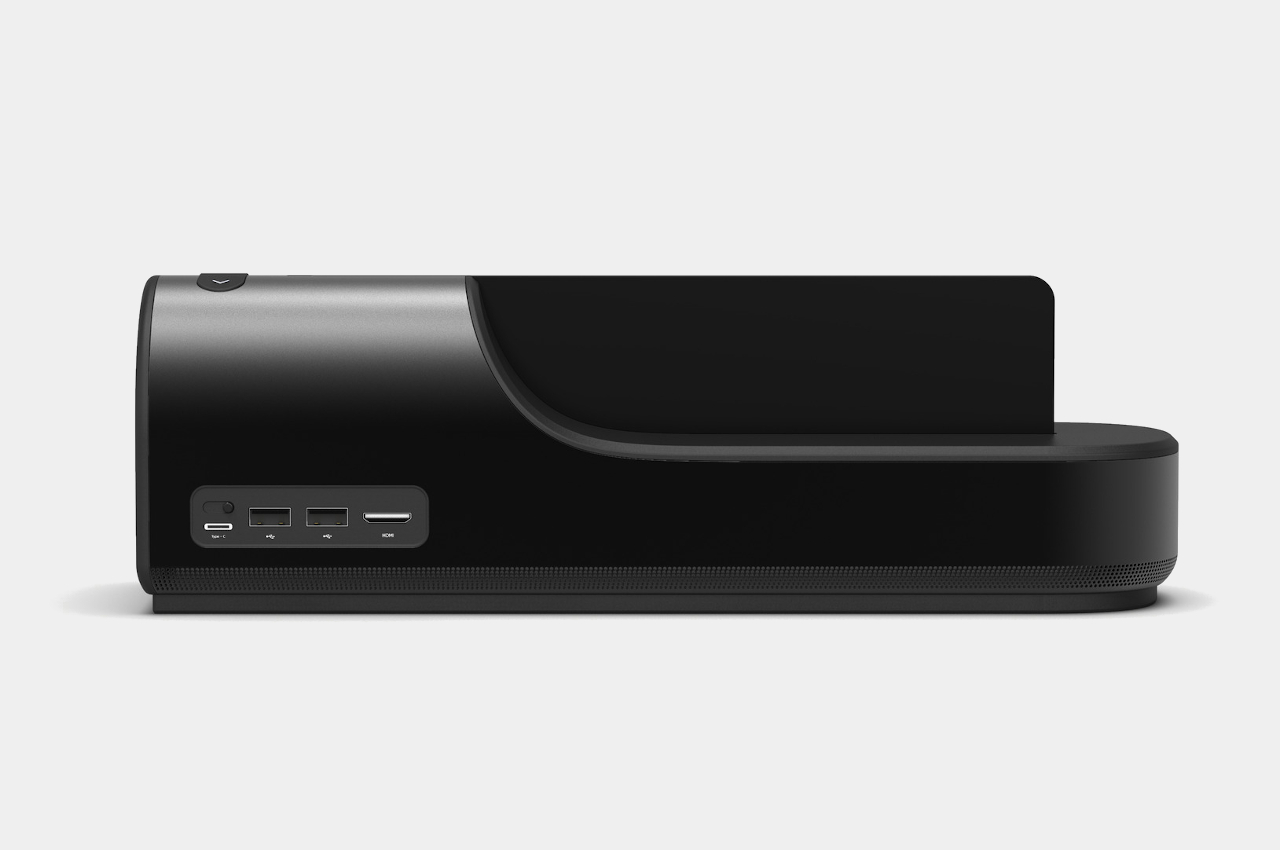 This Samsung rollable display concept, in contrast, has something like a middle ground, a third state where it’s rolled down but still useful. The screen doesn’t completely retract inside the housing, leaving a section of the display exposed. This area can be used to display information like the time, weather, music controls, and more. Given today’s display technologies, this mode could use up less power than when the full display is in use, allowing the device to still offer some functionality even in a limited form. 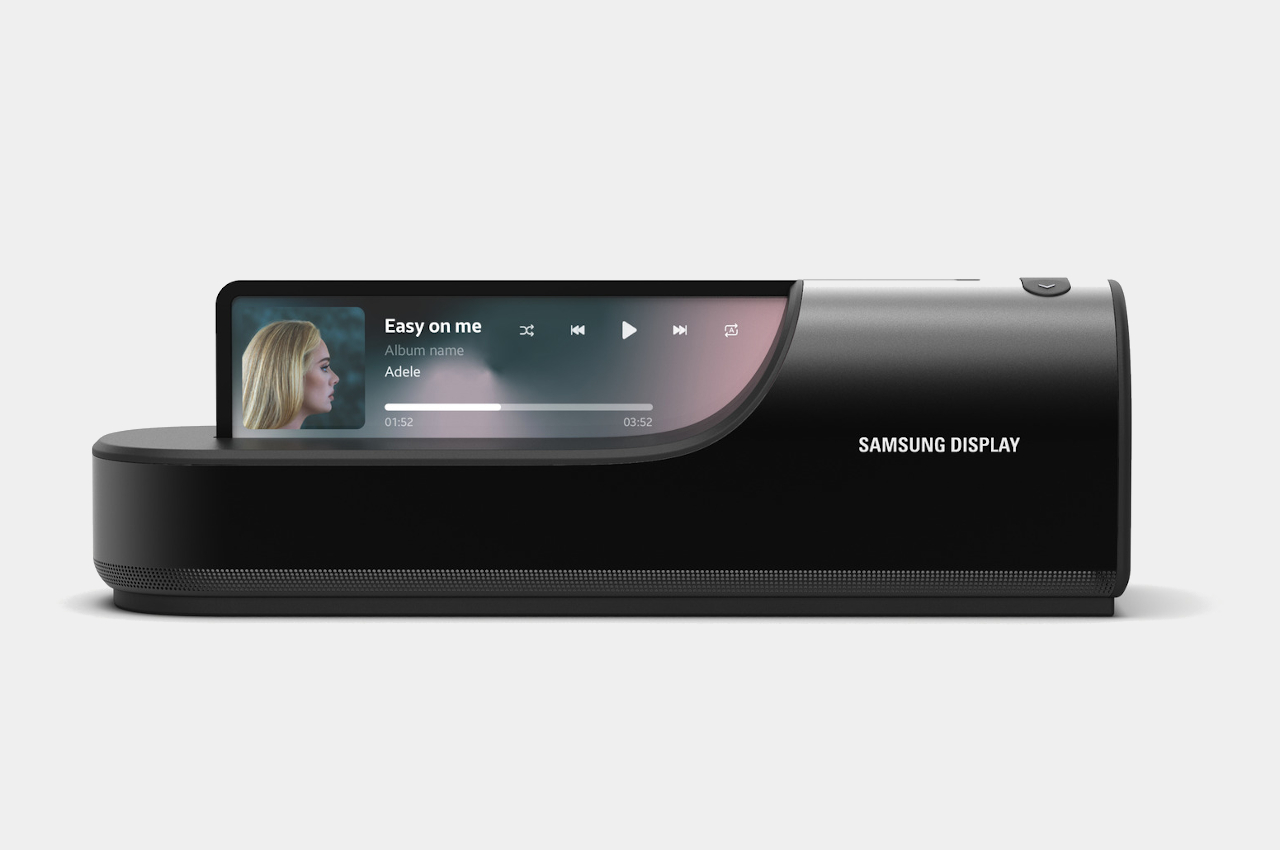 Part of what makes that function work is the unnamed device’s asymmetric design. Rather than a box or cylinder that houses the rolled screen, it has more of an arched shape that has part of its top chopped off. Ironically, this design does get in the way when the full screen is extended since a part of the display will always be occluded. It will require a custom user interface that’s slightly different from the Android-based UI shown in the concept. 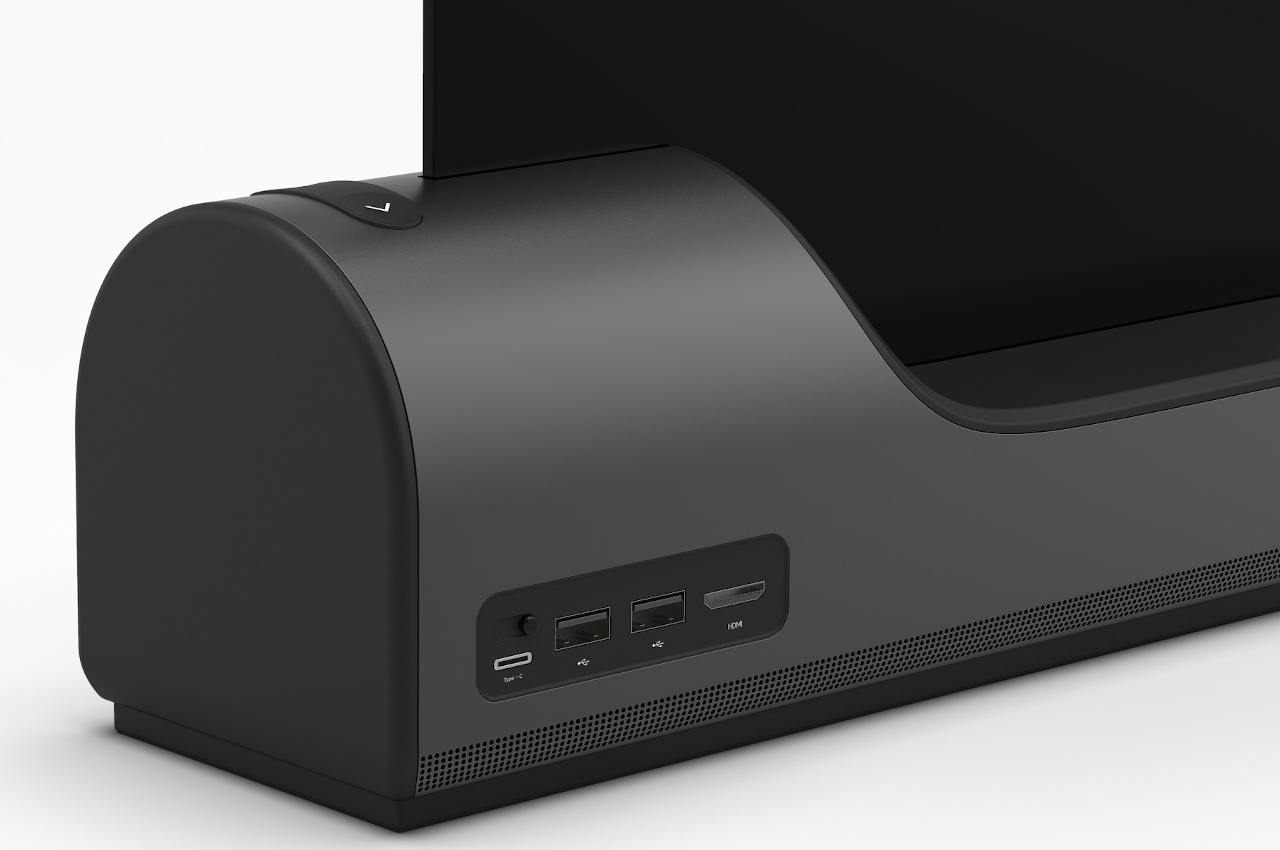 This rollable display concept was made for Samsung back in 2019, but recent events seem to have shelved plans, or the design didn’t get the company’s approval. It definitely requires a bit more work to pull off compared to a more straightforward rollable TV, but it also offers Samsung the opportunity to differentiate and make an impact. It could be what Samsung needs right now, especially with LG dominating the rollable news and the designer TV scene these days. 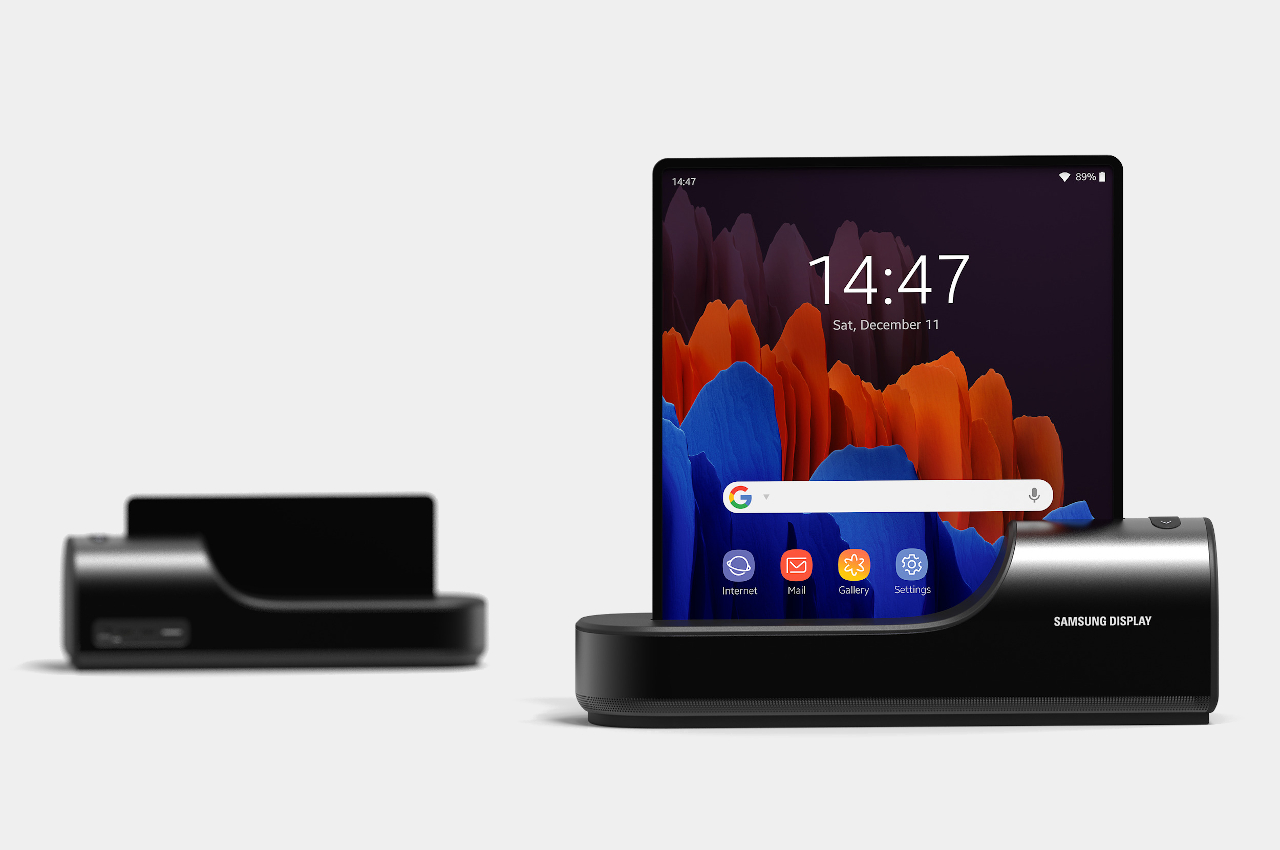 Kohler seems to have taken a massive liking to bathroom-singers with its new showerhead. With a halo-shaped design, the Kohler Moxie Showerhead allows you to…

When one looks back at the evolution of smartphones, we’ve come a long way in terms of hardware and design. Right from the walkie-talkie-like design to…

It’s easy to forget plants are complex living organisms because their movements are so sedentary. It’s only when things start wilting do we suddenly realize…